When I arrived at work, it was business as usual. My senior editor, Cullen Aston, was playing darts with one of my best friends here, Paul Wilkins. 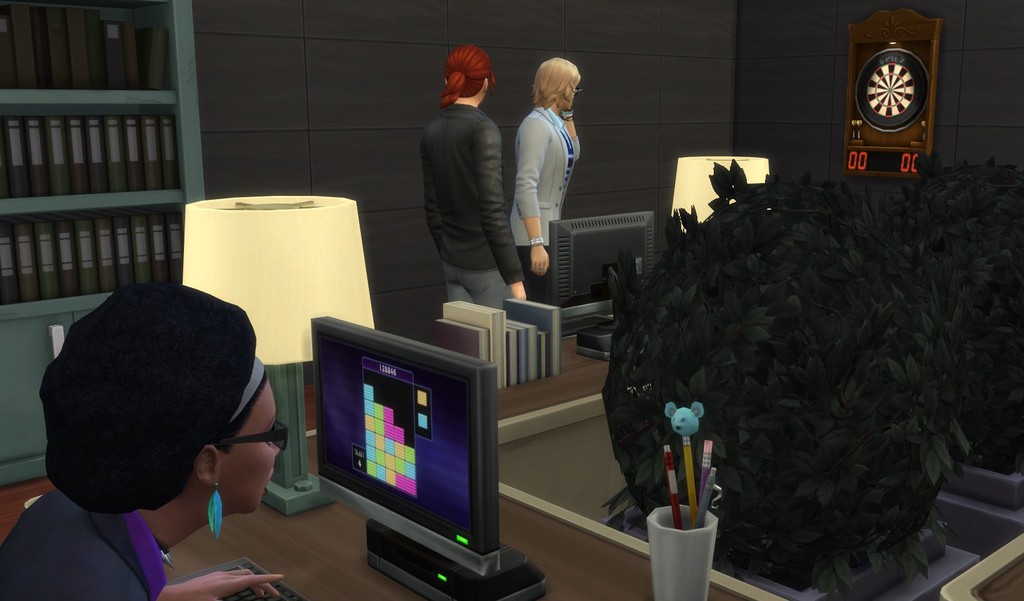 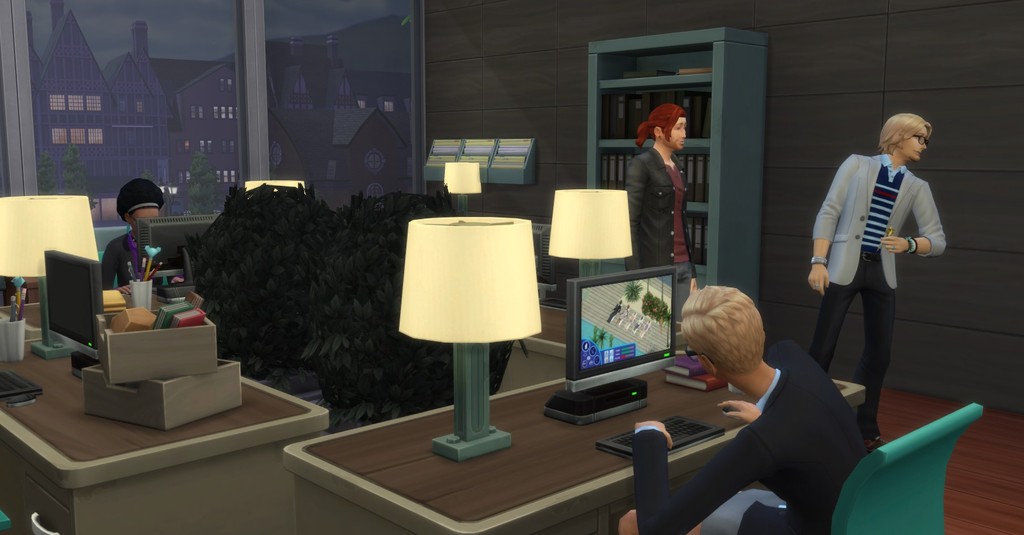 And Jayden Ellis, the college intern, was moping in a chair.

“Hey!” I said, “Do you guys realize what might happen to us if Twains sees you all ‘working’?” 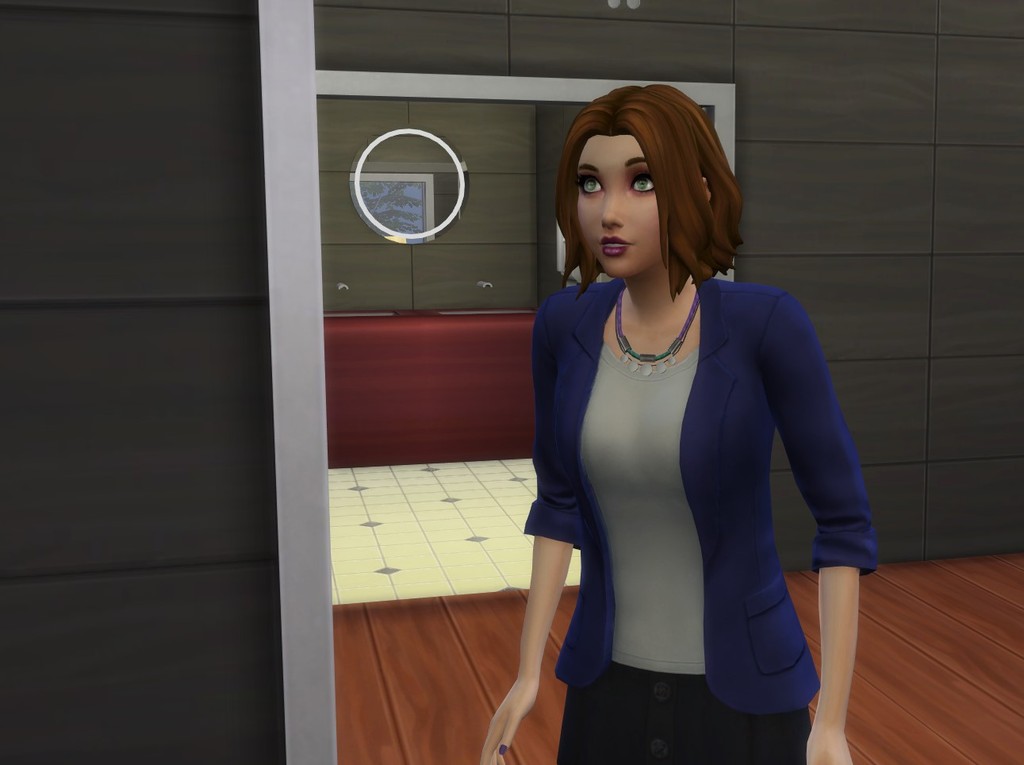 “I know, my sweet chickadee,” Paul said, never pausing from his game. “It will be the guillotine for us, but how could I pass up kicking this guy’s ass?” 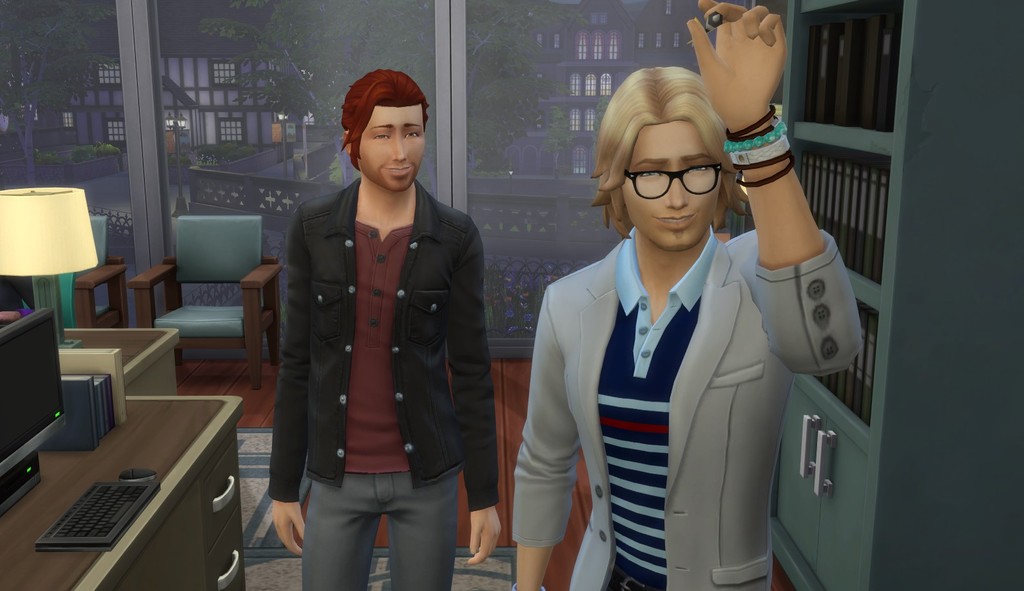 “You are not,” Cullen countered. “I just happen to be several points behind. I’ll catch up. Hey, Luci. You should join us.” 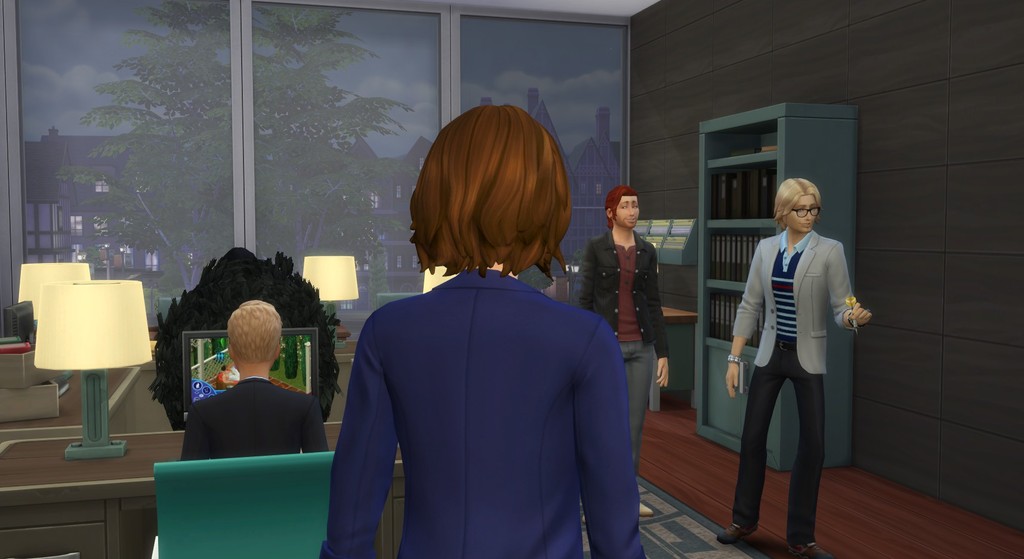 Cullen was a cutie pie. I loved it when he smiled at me. Too bad he was almost married to his girlfriend of eight years. Why he waited was beyond me. I wrinkled my nose at him. “And risk the wrath of Twains? Um...no.”

My boss, Jason Twains, made Spiderman’s J. Jonah Jameson look like a frightened rabbit. I don’t think I’d ever seen the man smile.

Paul tossed his dart straight into the center. “Score!” 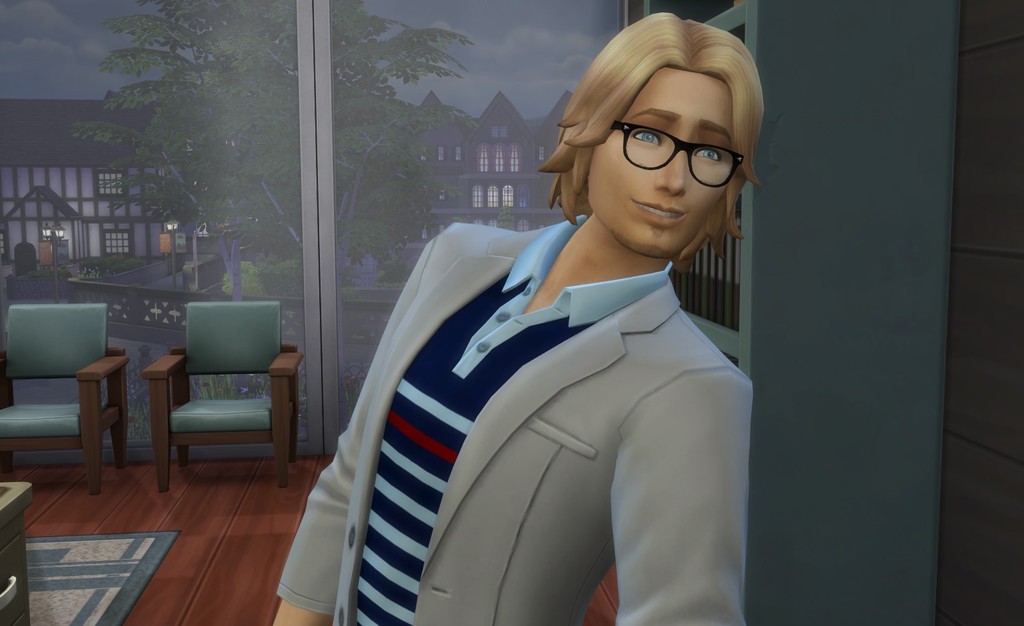 Turning to Cullen, he said, “Now pay up. I believe that’ll be five bucks.”

I clapped. “Way to go, Paul! Now you can buy me that Chinese takeout I’ve been craving.”

“Anything for you, sweets.” He grinned. 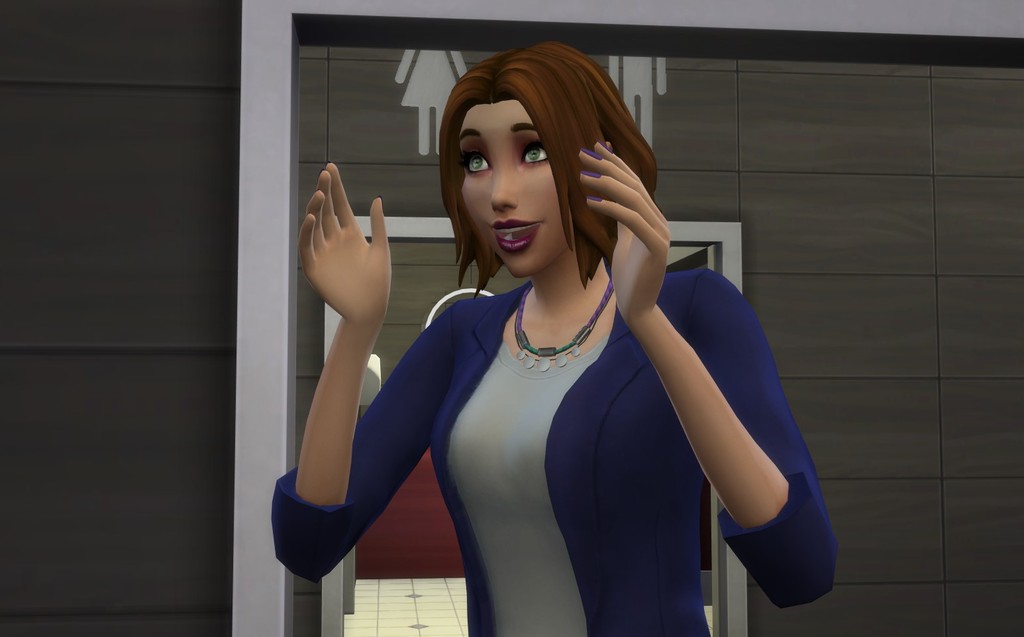 I laughed, heading straight for my desk to pull up the article I’d been working on. We would be having that meeting any minute.

“Let me take her out to a Chinese restaurant, Paul. There’s a new one down the street called, The Golden Stool, that just opened.” Cullen threw me a huge smile. 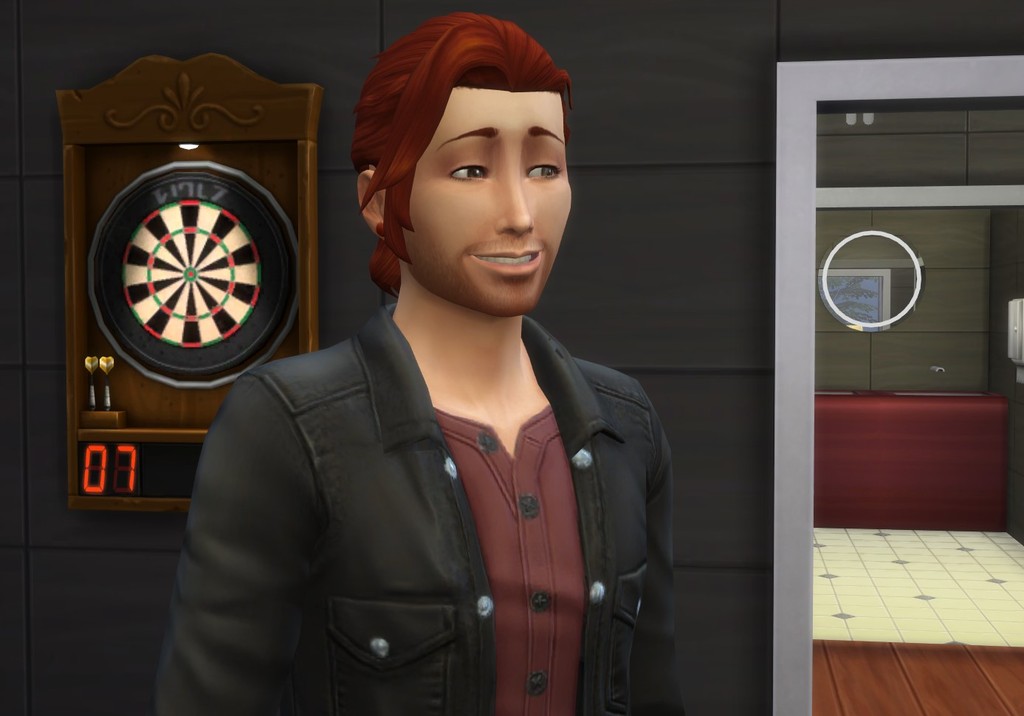 I shot him a smirk. “I highly doubt your girlfriend would appreciate the thought.” What a flirt. But it was all in good fun. 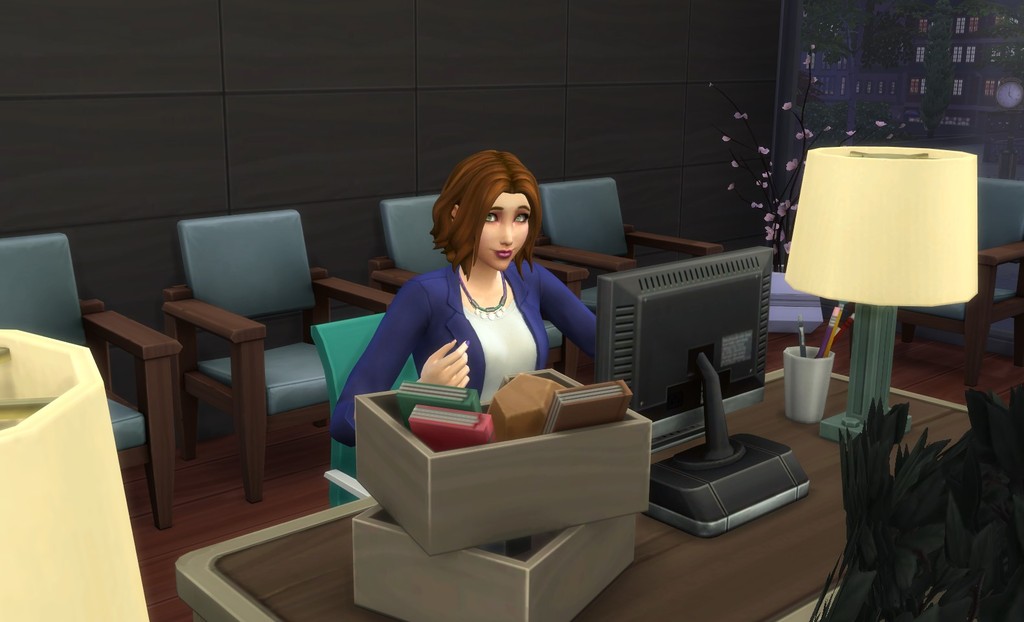 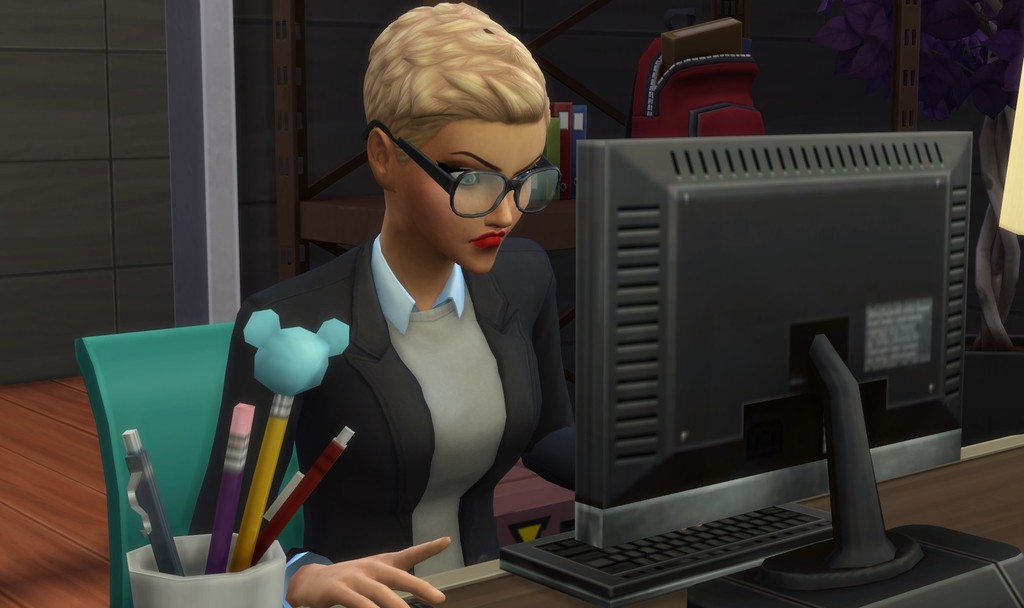 “You’re playing Sims Forever. What do you need to concentrate on? Woo hoo?” Cullen asked, winking at me.

I shook my head. 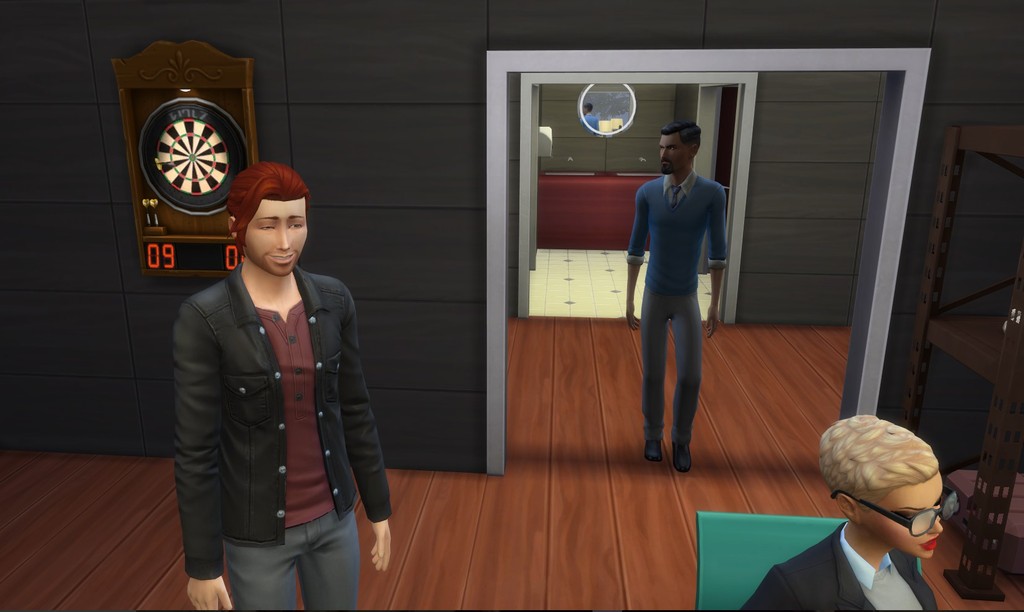 Just then Twains stormed into the room. “What am I paying you clowns for? To sit around and make crass jokes? In my office in fifteen,” he bellowed.

The fun mood died in a second. Twains had a way with people. 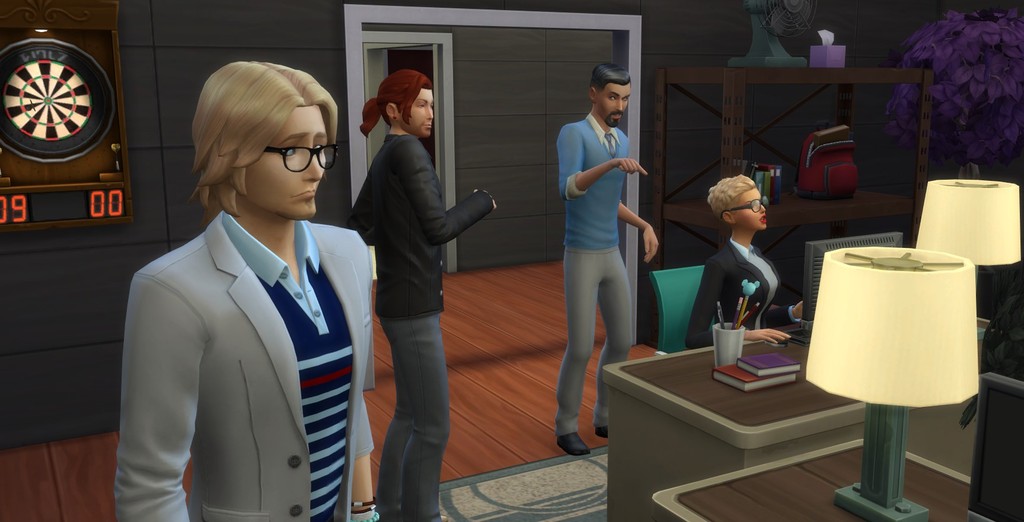 “And by the way,” he added, “Aston, I need you to head to San Myshuno this weekend to report on The Llama Kings. It’s their debut concert for their fourth album that’s set to go platinum.” 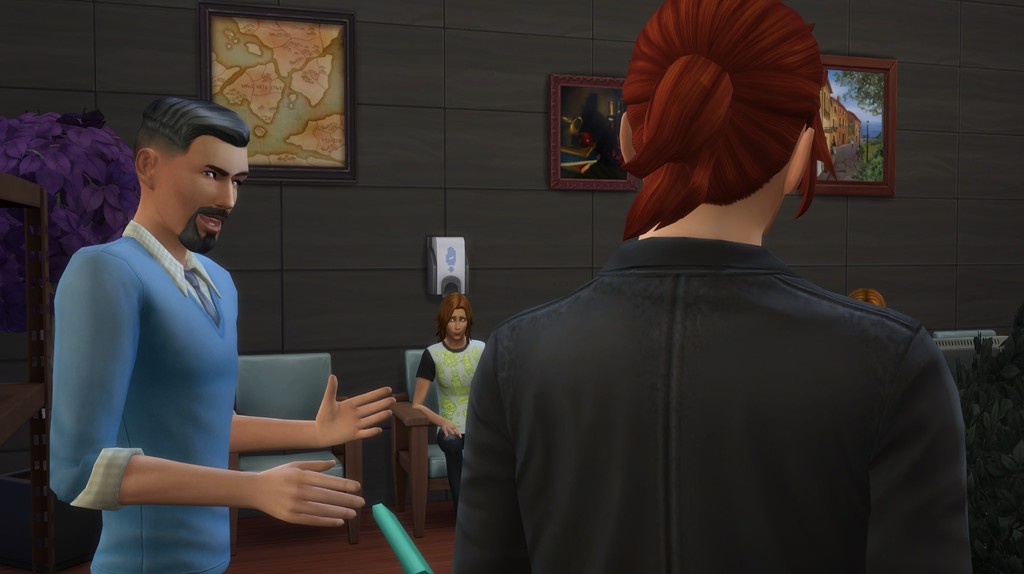 “What?” Cullen cried. “But I have to go to my girlfriend’s parents’ house this weekend. We’ve had this planned for months. No way, Twains. Why don’t you have Luci go? She knows the lead singer.” 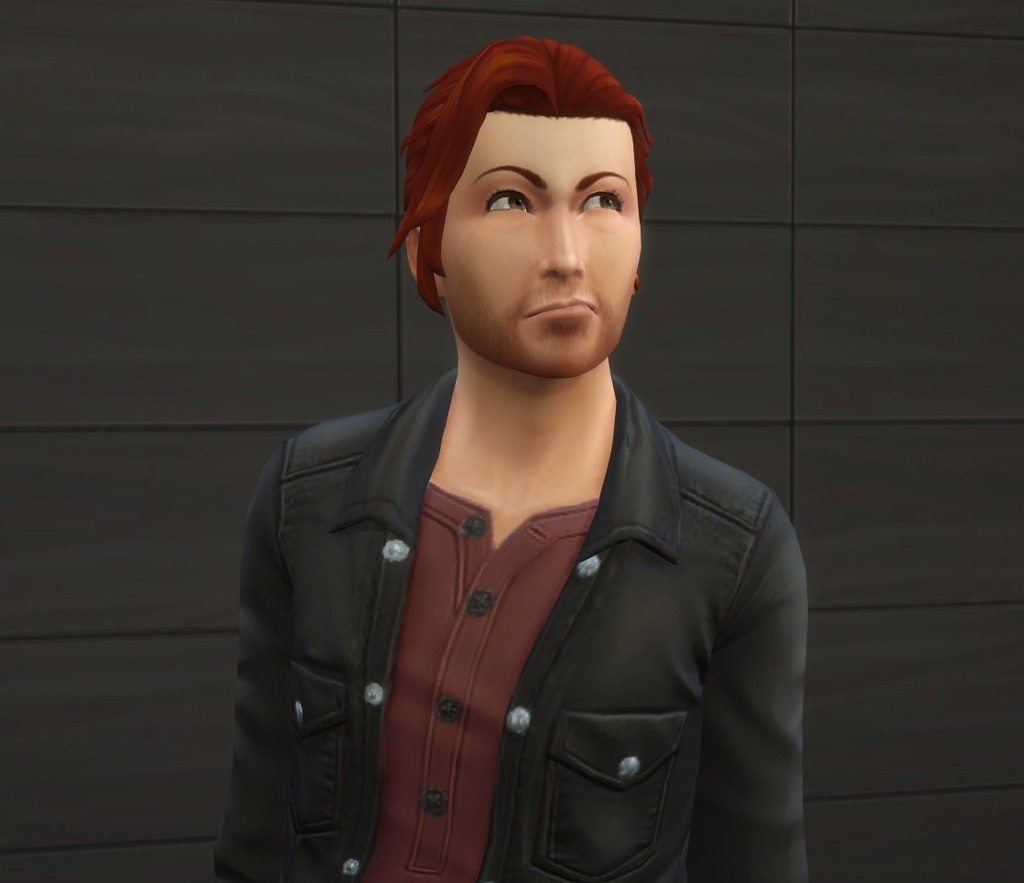 At this Twains doubled over in laughter. Well, it was the first time I’d ever seen him smile. He actually didn’t look half bad. “Oh...that’s a good one, Aston. You’re too funny.” He clapped hysterically. 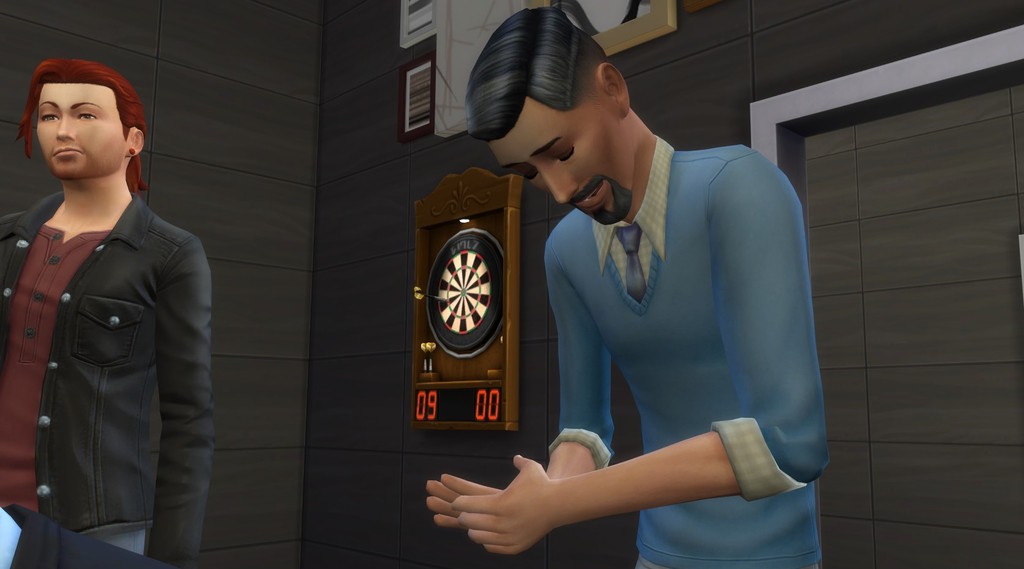 Then as quick as he’d smiled, a sneer covered his face. “Mueller, pour me some coffee when you come to the meeting. I expect a good article from you.” 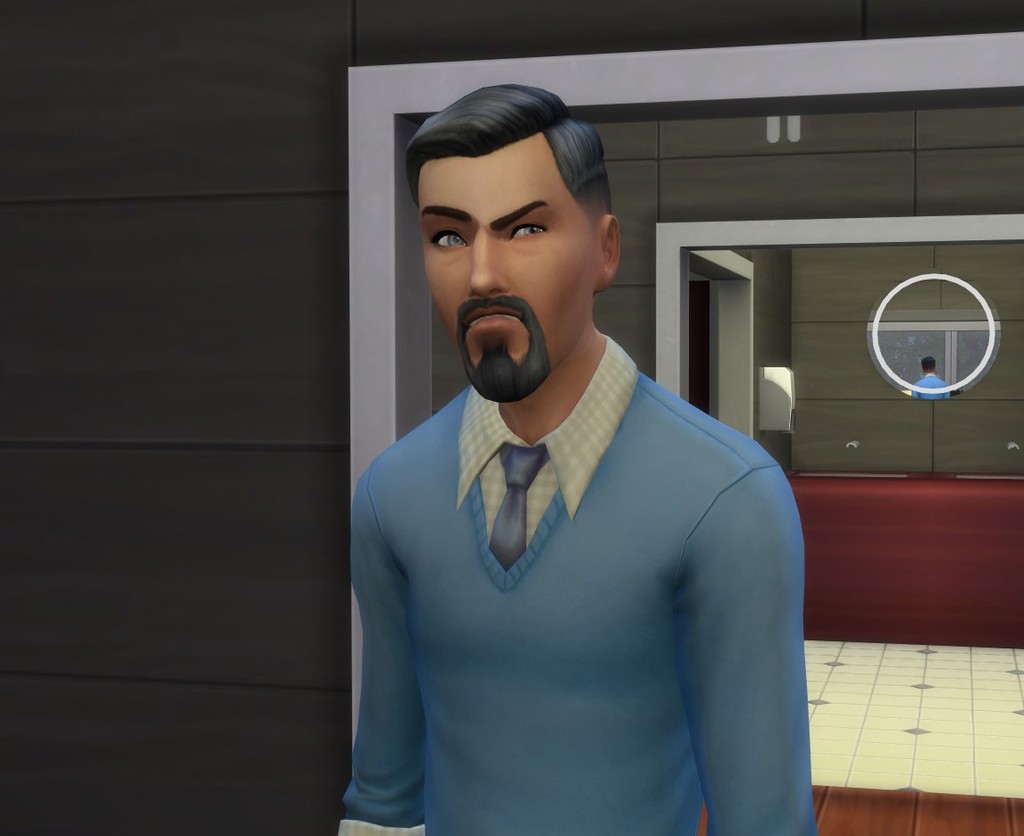 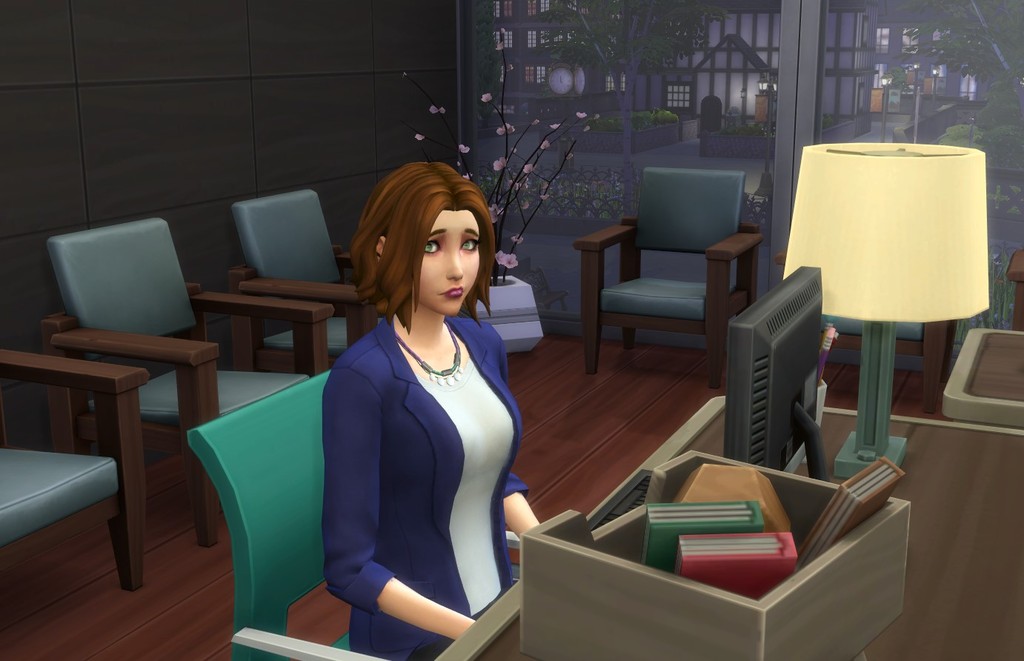 I’d protested the vampire article when he gave it to me, saying it was a load of bull. He only hollered at me to do my job unless I wanted to hit the door. So...I was forced to interview superstitious old ladies and fortunetellers. I hated my job sometimes.

Twains then turned on his heel and trudged out the door. 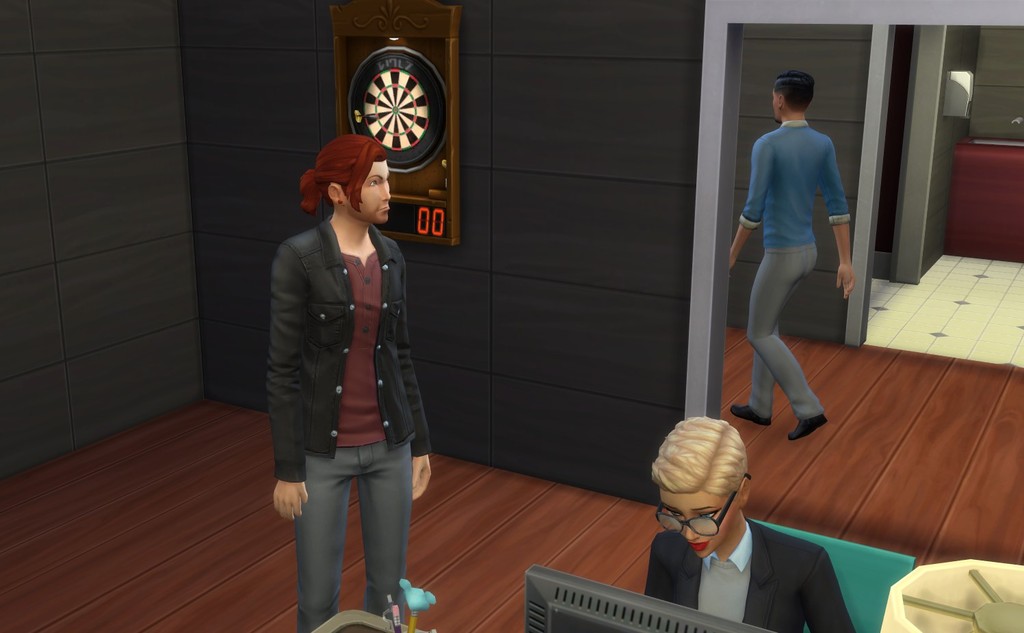 “Luci can go for you,” Paul said. “Jackson Day and her are best pals. Right, Luci?” 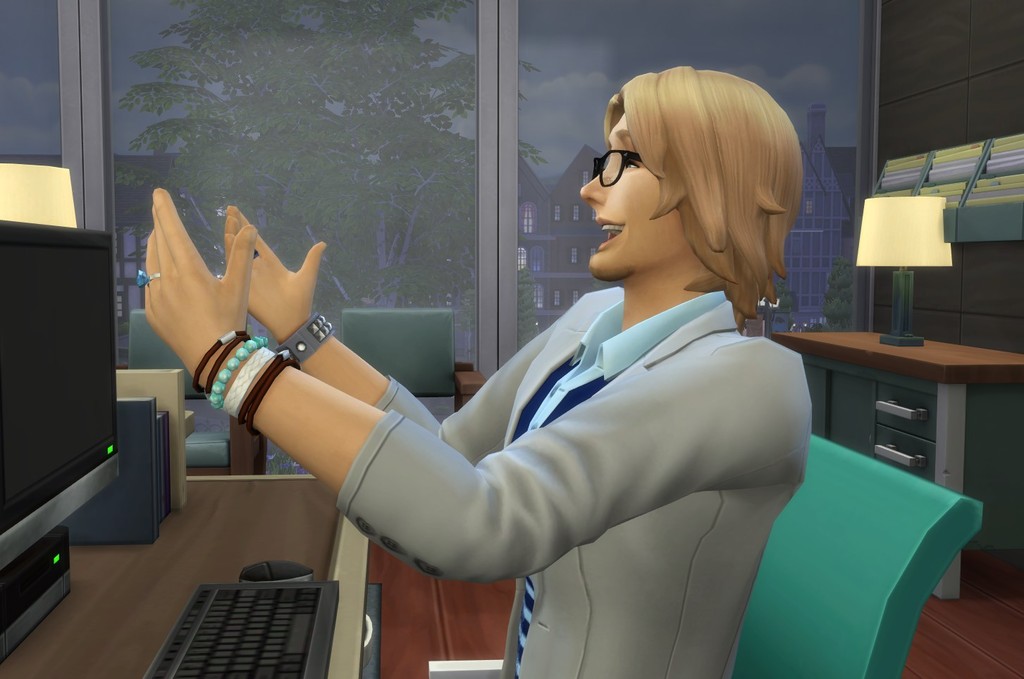 God. I hadn’t spoken to Jackson in over four years. “Well...I’m good friends with his father, Alex. Jackson is kind of...you know...hard to talk to.” 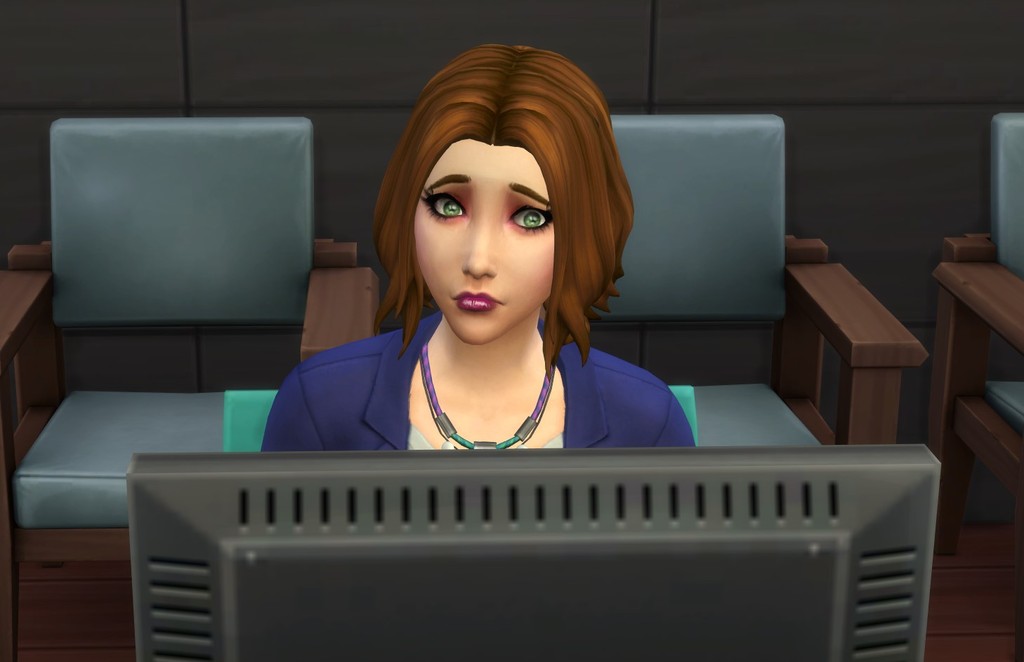 “But didn’t you like date him in high school?” Cullen asked. I could have shot Yuki right then. I’d had a casual party at my apartment a few weeks ago and she went on and on about how I knew Jackson and even rejected him when he’d wanted to kiss me.

“That was a long time ago...I’d feel kind of funny about seeing him now without...you know...having a good reason.”

“I think doing a lead article for the World Sim Inquirer is a great reason. So, you’re going,” Cullen said, hitting me on the back. “And as your senior editor, I insist you march into the devil’s office and tell him my decision.” He whispered in my ear, “Good luck.”

Rising to my feet, my stomach knotted. “Thanks.” 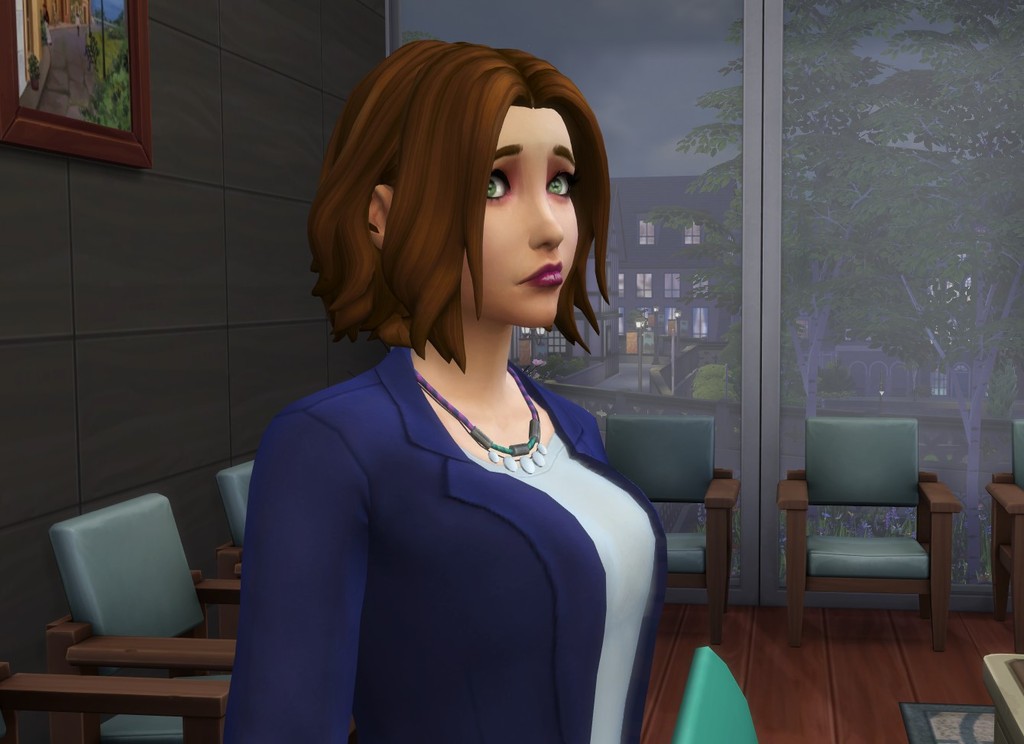