It was totally awkward the following week at school with Ethan. We didn't even acknowlege each other for several days. I figured it'd blow over and we'd get back to normal, but I couldn't force myself to say anything. He'd made good points about me not trying to dig too deep on that girl's case. It was just a way for me to process what happened. I dropped it that night and thankfully, the dreams subsided. But I guessed I was still angry about how he'd handled himself.

By Wednesday, Ethan broke the ice in our computer class. "I see you're not tripping over that whore anymore. Just looking up normal stuff these days?"
​ 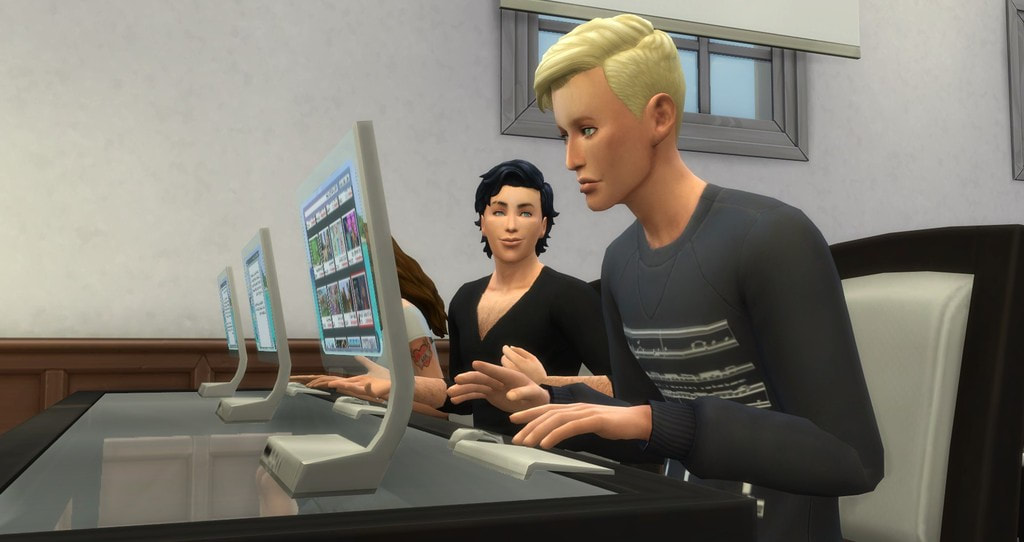 Glaring, I said, "Do you want to fight, Ethan? Because I won't mind kicking your ass if you don't shut up about that."

He chuckled, clicking out his answers for our assignment. "You won't have to resort to violence. I was just messing with you."
​ 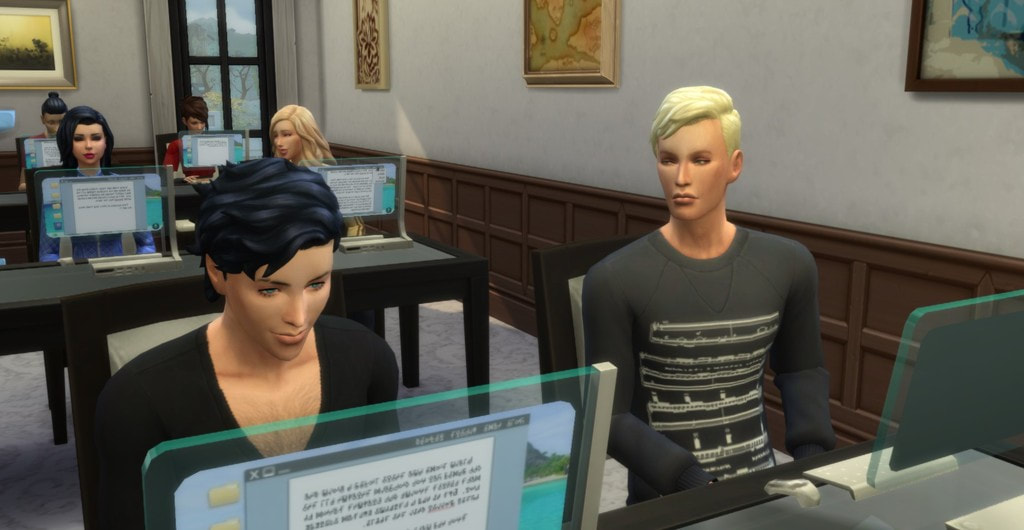 "What's up with you lately?" 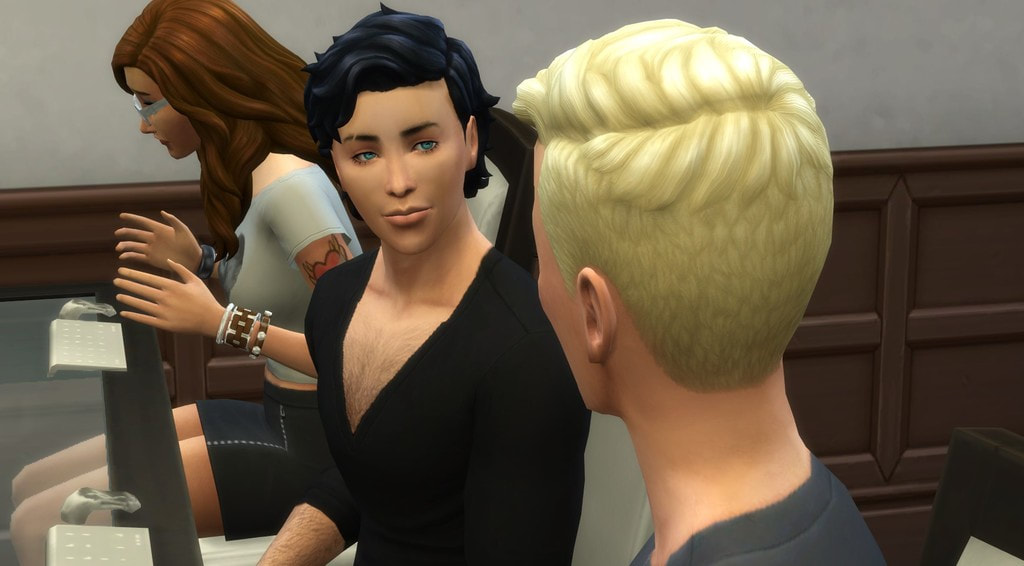 "You basically attacked me the other night, then you don't talk to me for days and now, you're literally begging for a fight. There's something wrong." 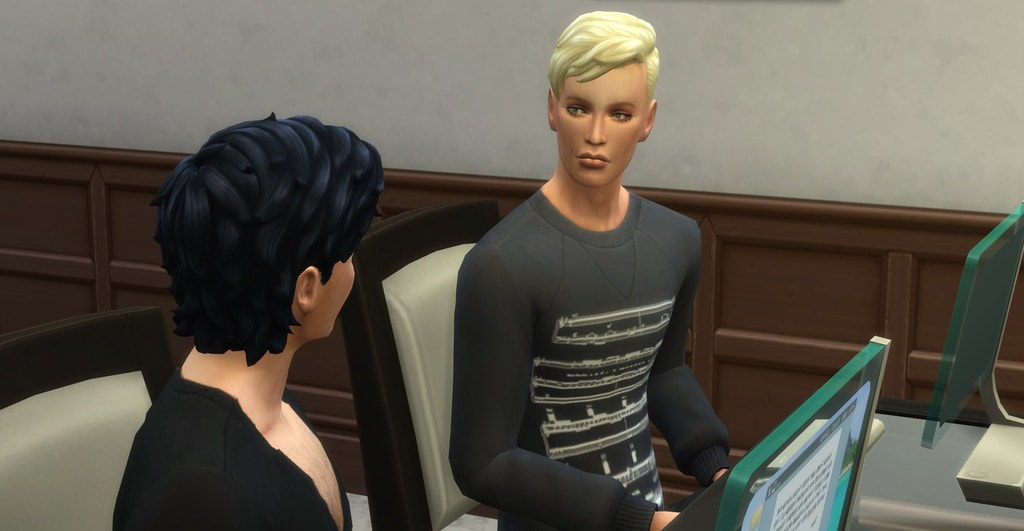 Smirking, he said, "There's nothing wrong, dude." His voice held a quiet edge like if I pressed, he'd get mad again.
​ 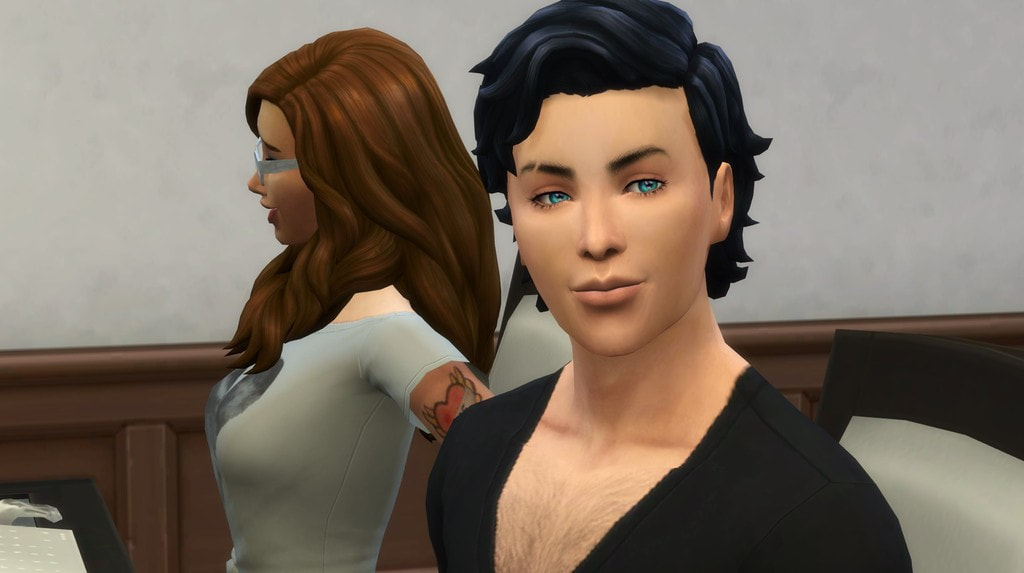 I snorted, going back to my computer. "Fine. Don't tell me then." An awkward silence surrounded us again. I wondered if we'd ever get back to normal. I had no clue what was up with him and he certainly wasn't going to tell me.

The last bell rung and I met up with Beau. He was supposed to work out with me at my house today.

"Man, Ethan was a total bastard today," I said, nodding toward Ethan and Amber near their lockers. "What's with him?"
​ 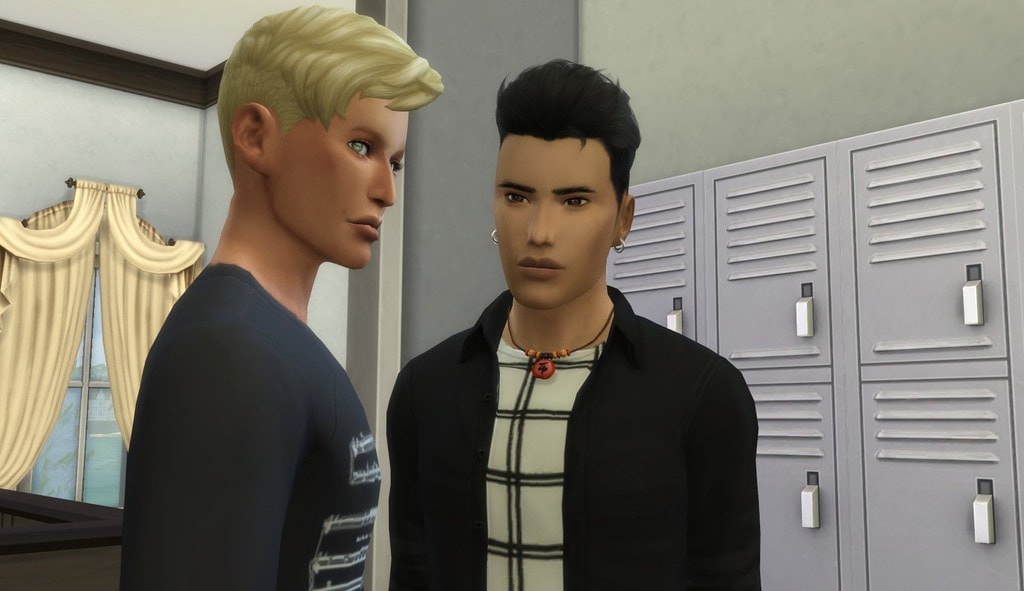 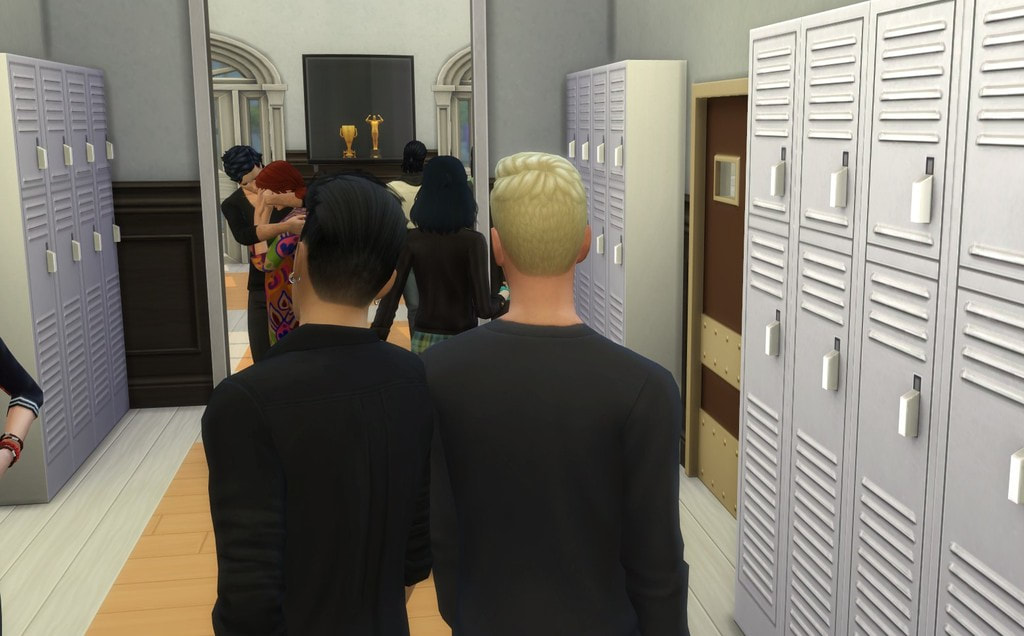 Ethan whispered something to Amber as she shook, obviously upset.
​ 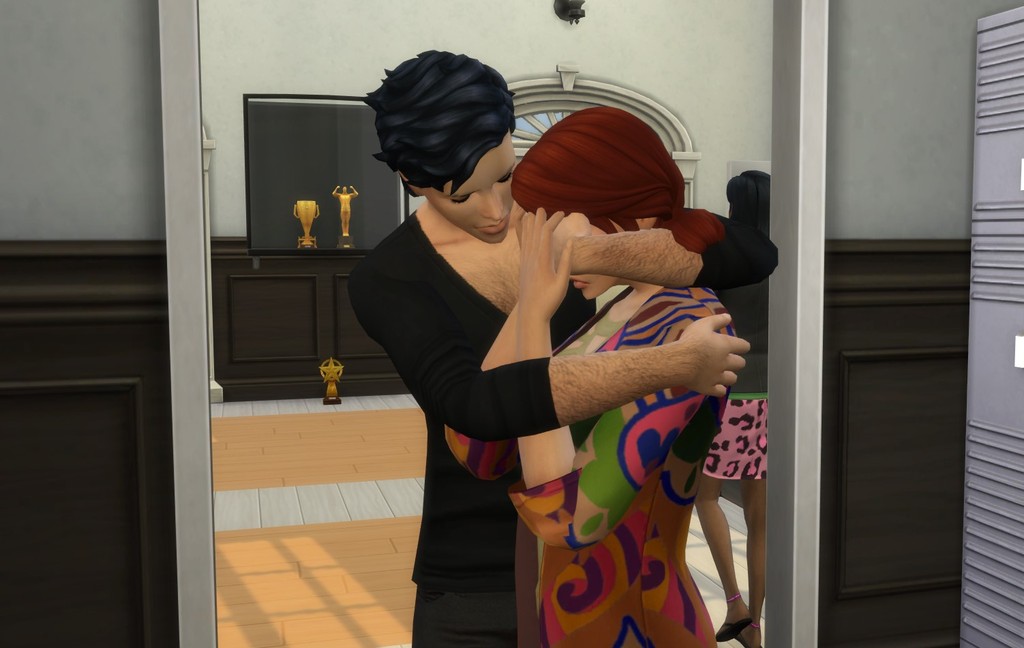 Beau let out a huge sigh. "I'm hanging out with him after school tomorrow. I'll get it out of him then." 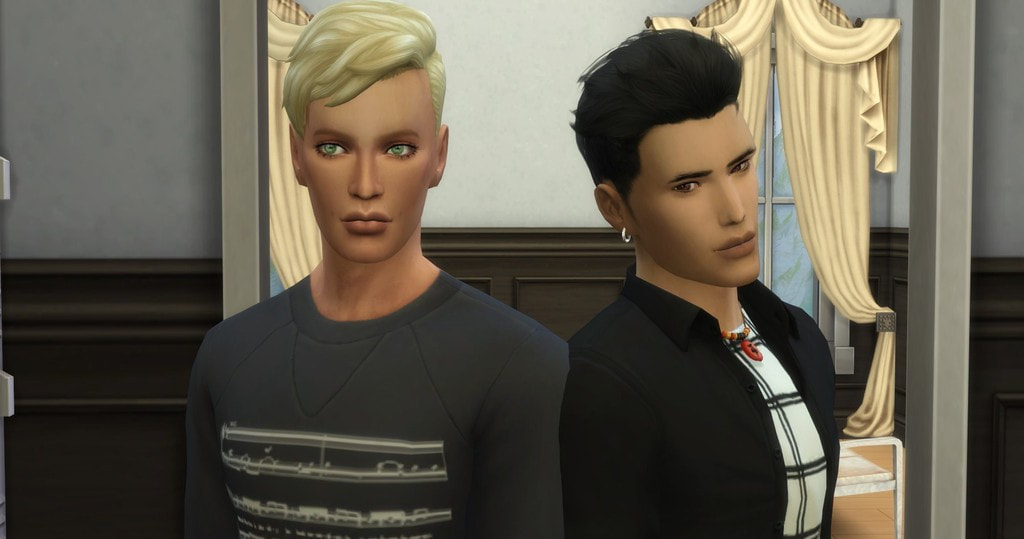 "I hope it's nothing really bad." The way Ethan was acting was like he was hiding something. But what? I watched as Amber cried on his chest. Maybe their relationship was going downhill. That kind of stress could make anyone nuts. I was glad to be single right now. After Etoile, I was in no mood to date again for a while.
​ 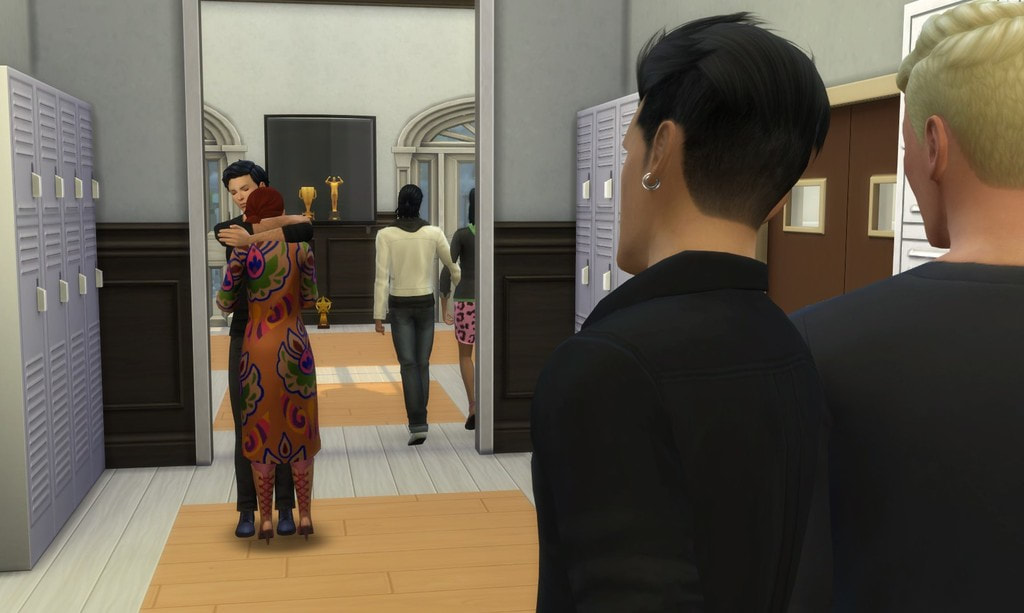 After school, I met Ethan out on the pier. "Hey," I said, wondering how I was going to approach him without making him defensive.

A group of seagulls squawked and fought over a fishing spot. I breathed in the crisp salty air. I never got tired of living by the sea. It was way better than the city. It calmed me. I wasn't looking forward to moving back to the fast pace, smog and city traffic either. Only August could get me to go back. I'd do anything for him.
​ 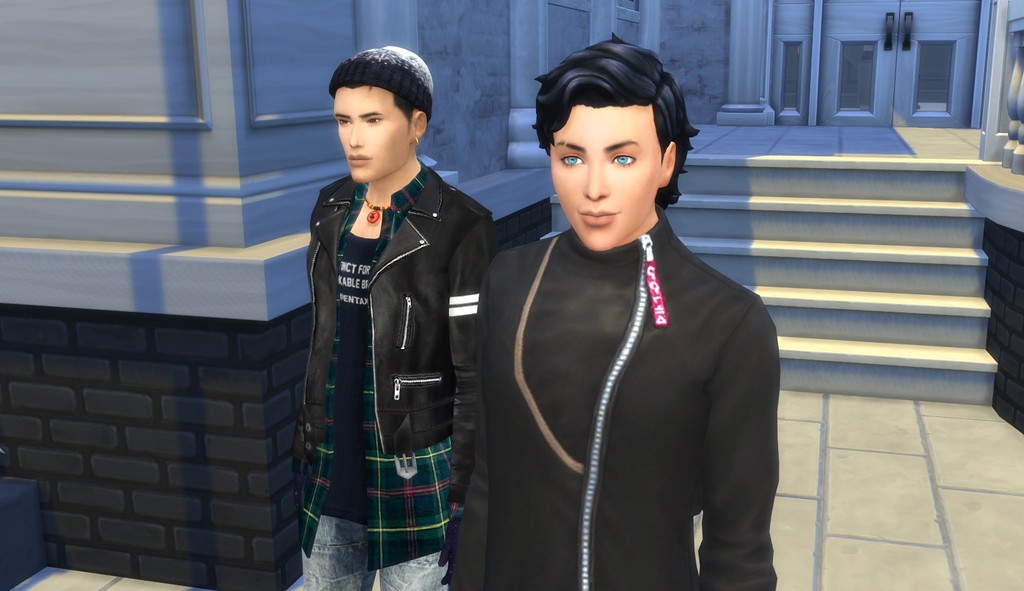 "What was Amber so upset about yesterday?" I figured talking about her might lead to what was bothering him.
​ 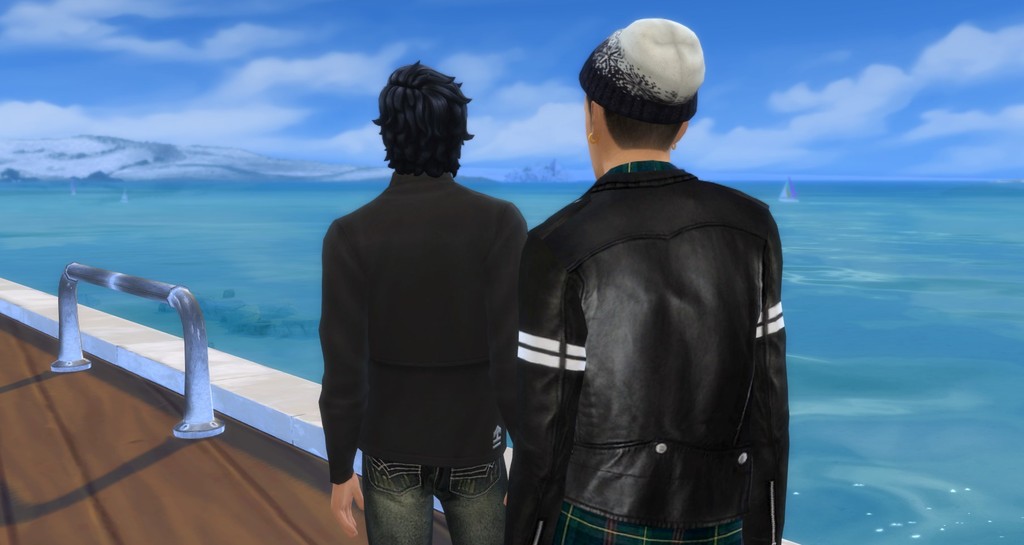 Without pause, he answered, "Have you ever wanted to be someone else? Like if you changed maybe everything in your life wouldn't suck?"

That was out of the blue. I squinted at him. "What do you mean, bro?"

"Like if I found a wishing well, I'd wish to be like those seagulls over there. Those birds don't have any problems. All they do is beg for food or fish. They can fuck whomever they want to. They don't have to live up to some sort of moral expectation."
​ 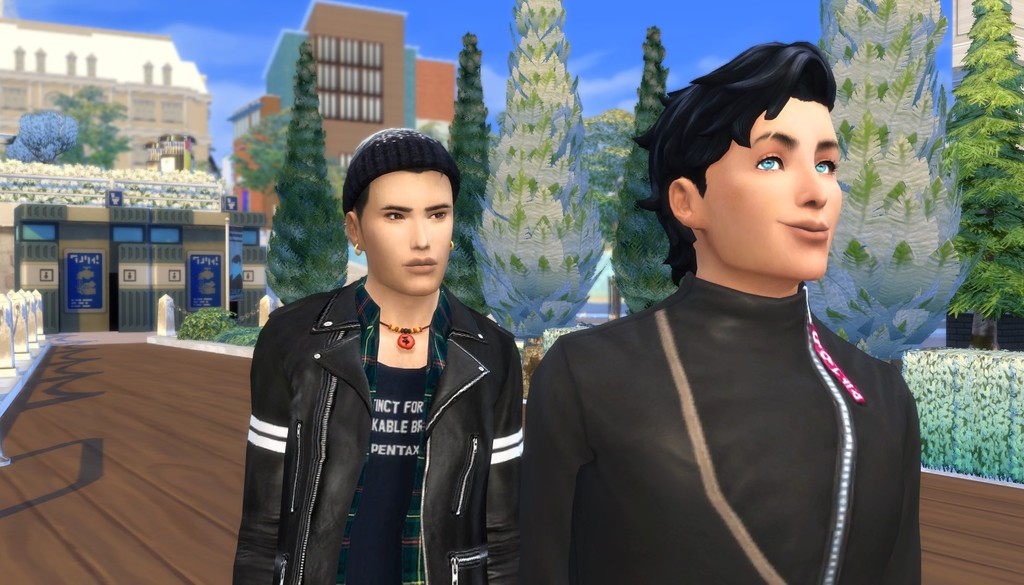 Philosophical Ethan was back only he was talking about himself not other people. "Hey, Ethan, man. Did something happen?" 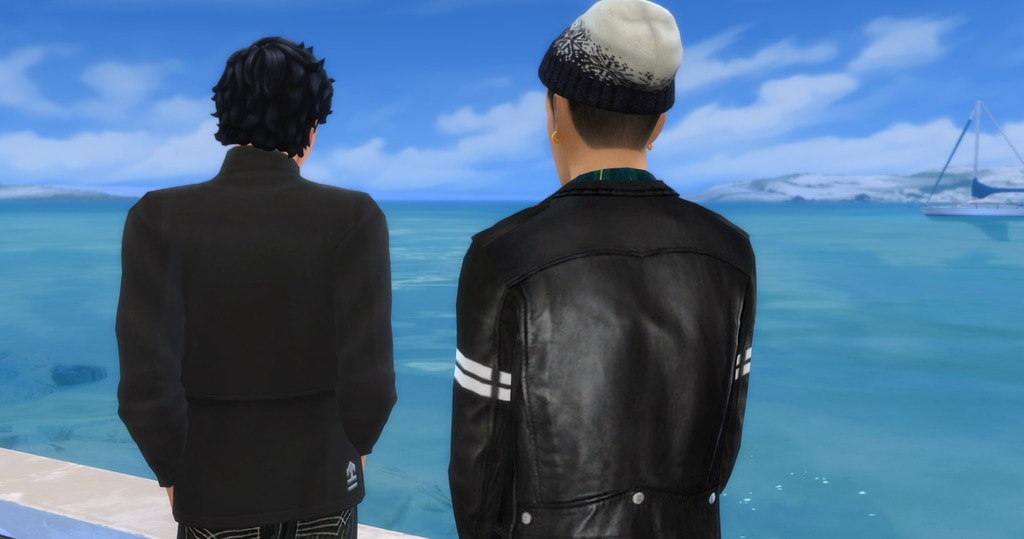 He gazed over the water for a while, the muscles in his jaw clenching and unclenching. I didn't press him. I just patiently waited for him to unload.

He said, "Last week, I'd just gotten home from spending the day with Amber. God, I was so high from it. She's so great, dude. We just seem to be made for each other." He stopped and looked at me. I was confused where this was headed.
​ 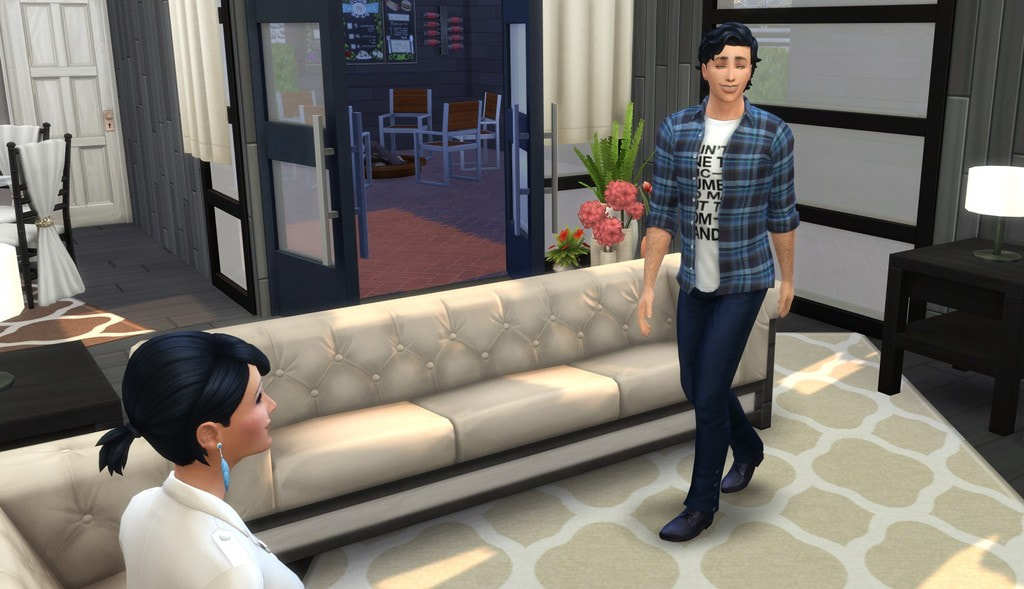 He calmly looked back at the sea. "My mom just glares at me and says, 'Why didn't you tell me you were dating Amber Coleson?' 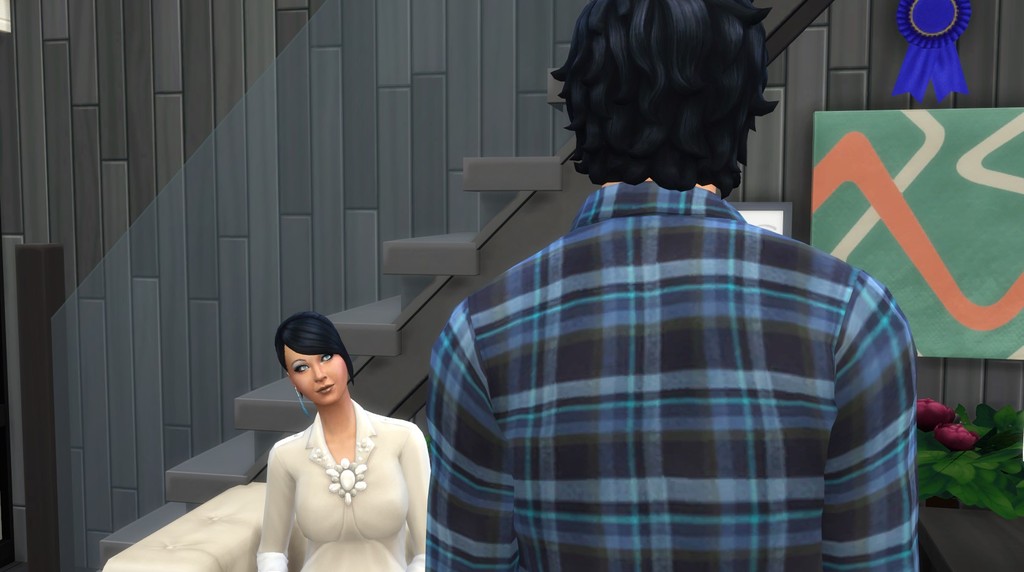 "She acted like this was some sort of crime, so I said, 'What of it?' I never told her about Amber because, I don't know, my mom and I don't exactly have the best relationship." He stopped and put his hands in his pockets. 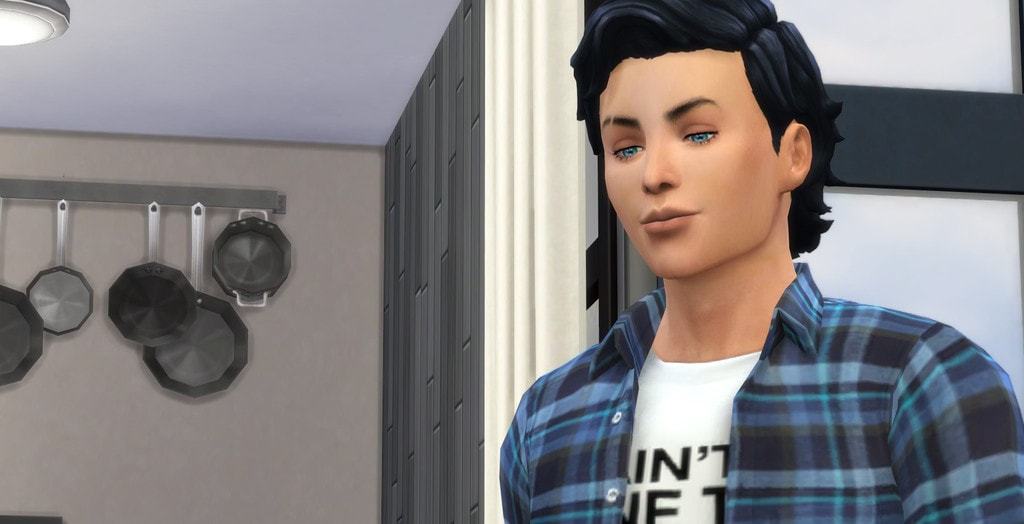 This was more information about his family than he'd ever talked about before. I only knew the basics about Ethan because that's all he'd spill. His family, his mom, brother, father, all were some huge secret. If I ever asked him questions about them, he'd dodge. The only time he'd talked about them was when he'd fight with his brother but I never met him.

Sighing, he continued, "My mom tells me to sit down then starts explaining about what a huge dick my old man used to be. Hell, I know this. That's why I never asked her much about him. He hurt her badly so whatever. He's a fucking prick and I hate him. What else did I need to know?
​ 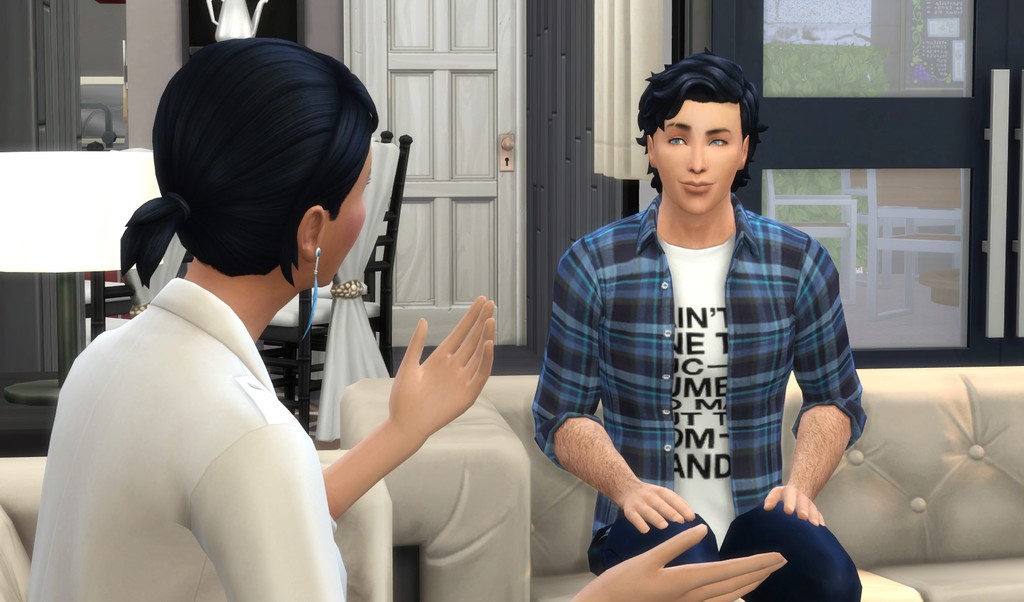 "She says even before she knew she was pregnant with me, my father tells her it's over. He can't see her anymore. Seriously, I didn't want to hear any of it. I wanted my mom to shut the hell up, but she felt she needed to tell me everything now.
​ 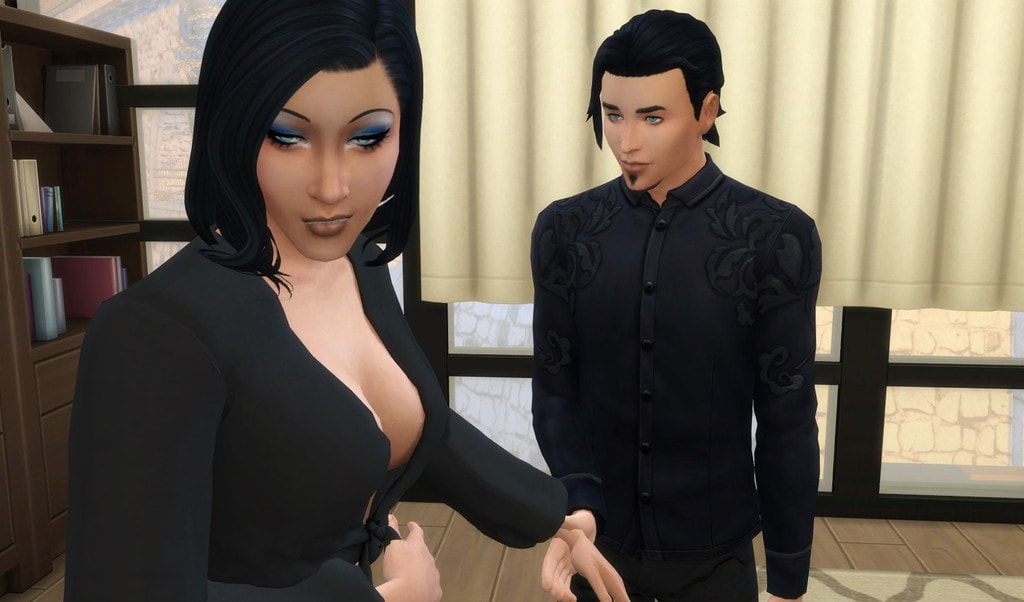 Ethan shook his head and laughed. "Honestly, what'd she expect? She was a fucking whore, working at that flea trap, The Pink Popsicle Stick."

My eyes widened. This was freaking huge news. "You mean the same place that girl who died worked at?"

​"Yeah. And my father was working for his family, the Corleonesi's. They're some mob outfit. He tells my mom he wants to protect her. That things were spiraling out of control or some shit like that. She believed he really loved her. 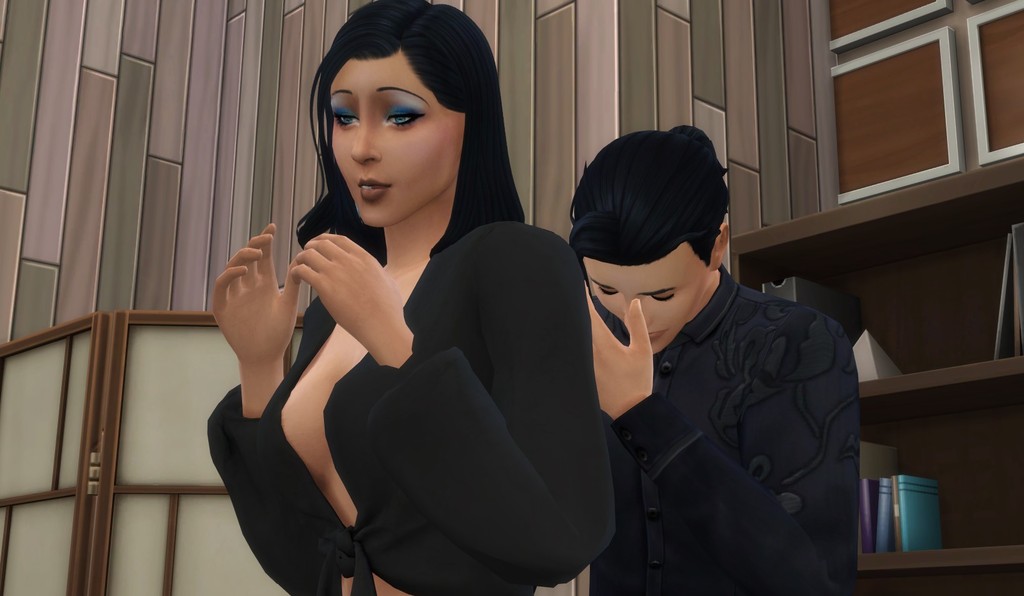 "But when she was working one night, he came in and sat right in front of her station. On purpose.
​ 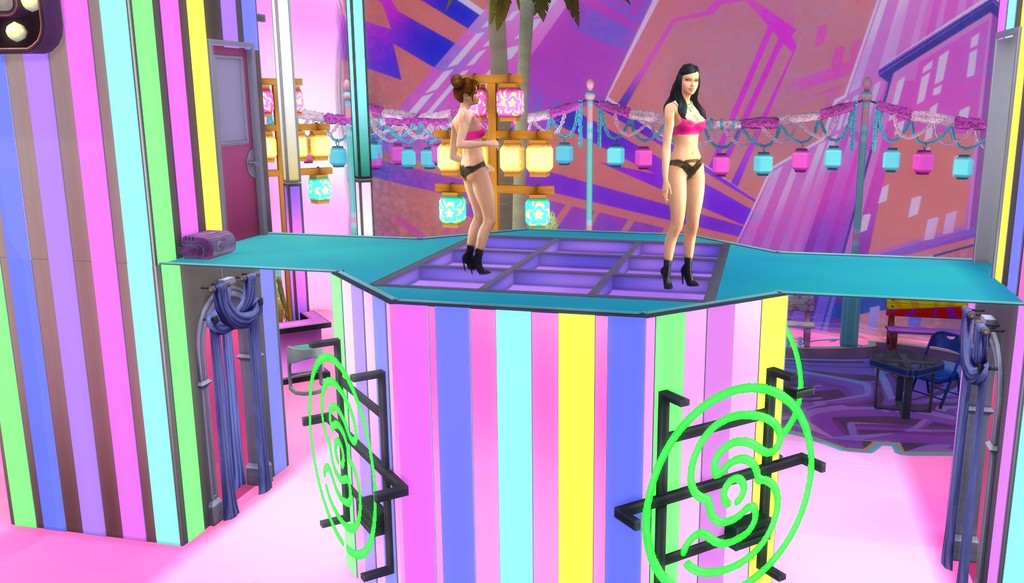 "And he was nuzzling some woman. A rich one. And guess who that woman was?"

I shrugged, having no idea at all.
​ 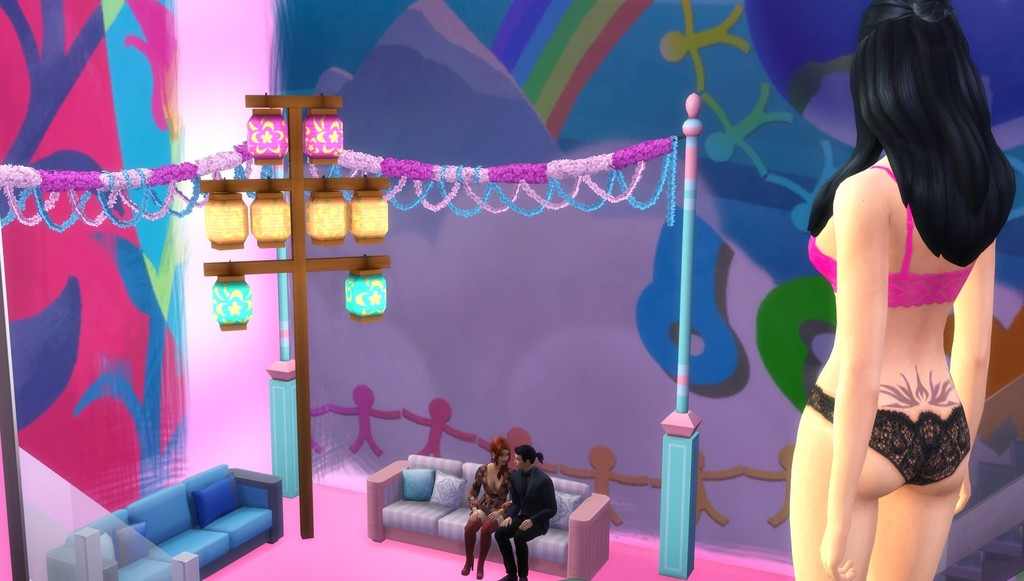 Turning around, he smiled in a sinister way. "Heather Fucking Coleson." 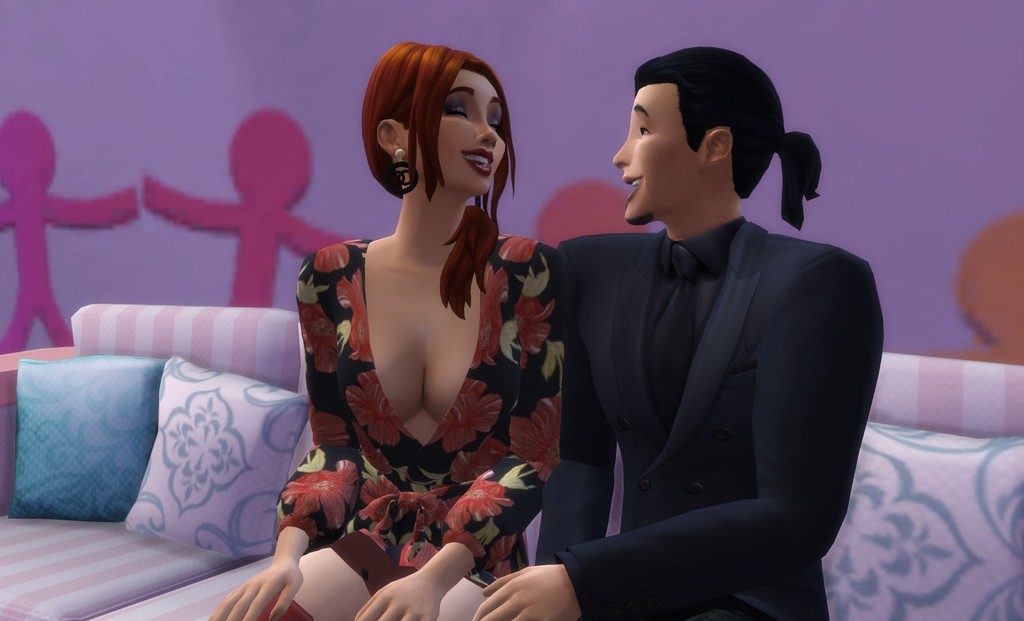 "My mom got the message. He'd moved on to richer waters. Unfortunately, he'd knocked up my mom and a few months later, Heather turned up pregnant."

"Oh God," I said, mind whirling on what that might mean.
​ 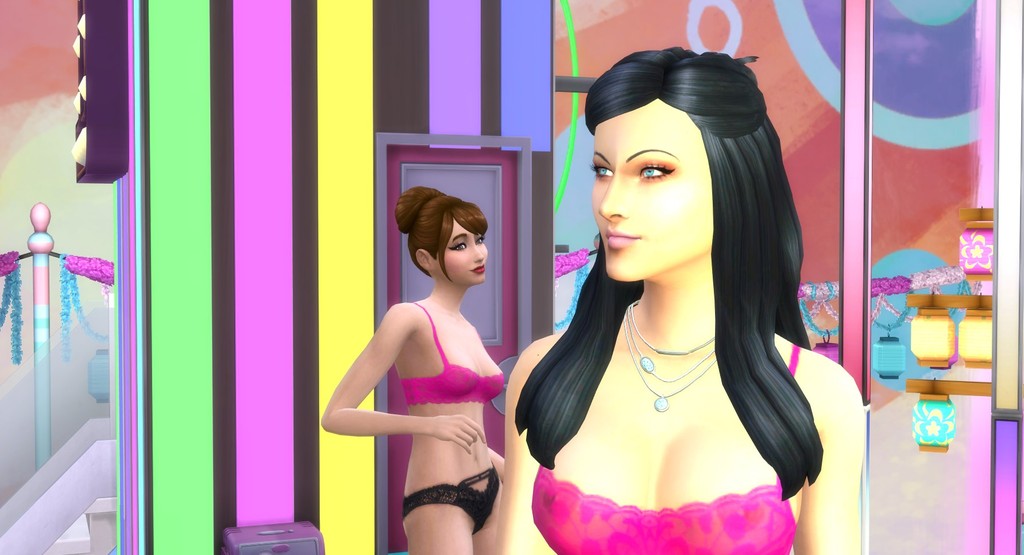 "So Mom ordered me to stop seeing Amber. She's my freaking half sister, dude."
​ 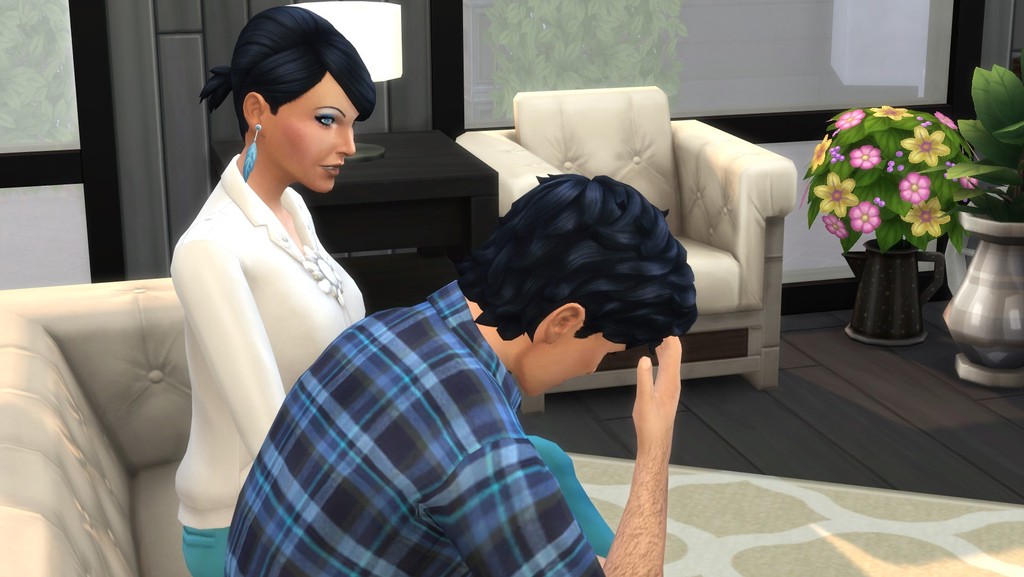 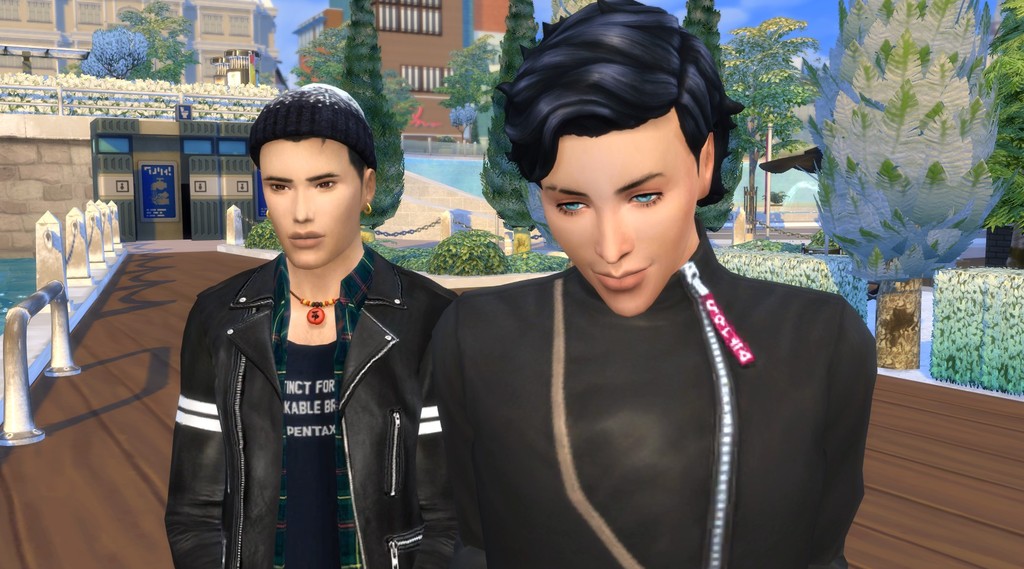 Ethan didn't answer for the longest time. He just gazed over the sparkling water as the waves lapped at the wooden pier.

I was trying to think of something encouraging to say but nothing came. It was a fucked up situation for both of them. Ethan was right. His father was a prick. Did he not understand about using a condom? Or maybe he liked producing babies with lots of women. Maybe it was a power play. Had no clue. But I was with Ethan. Couldn't blame him one bit for hating him.
​ 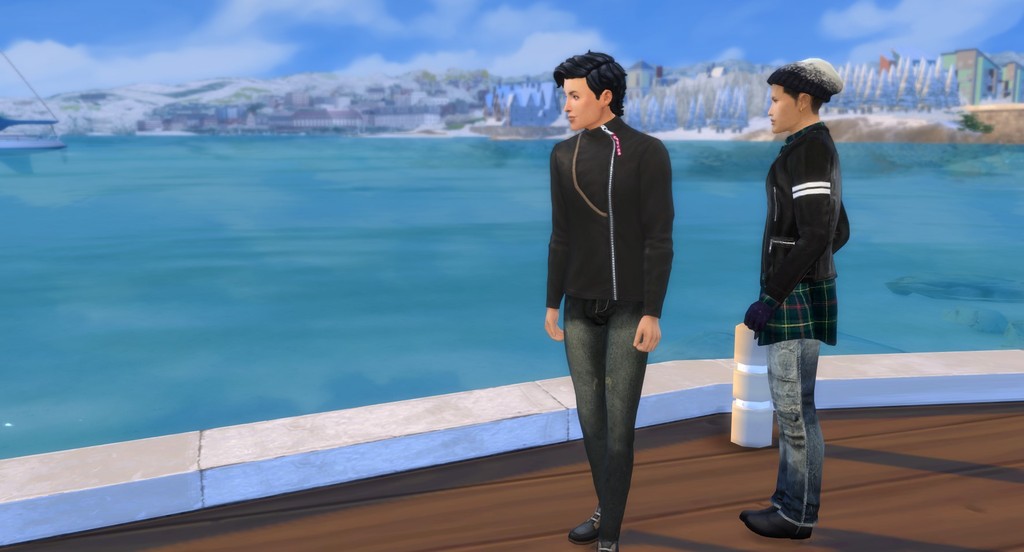 Finally, Ethan said, "You know, maybe I do take after my old man after all. I don't like playing by the rules."
​ 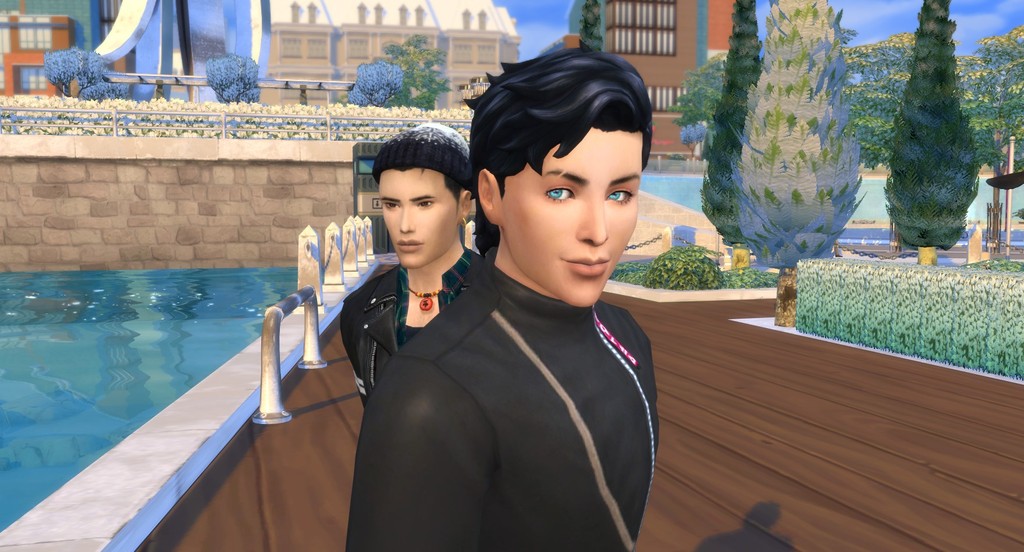 I didn't have a response to that. I mean, what could I say? Give him some moral sermon about how gross incest was? I mean. Incest. The word had such an ugly ring to it. He had to know that was wrong. But it was his life. It looked like he'd broken up with Amber anyway. 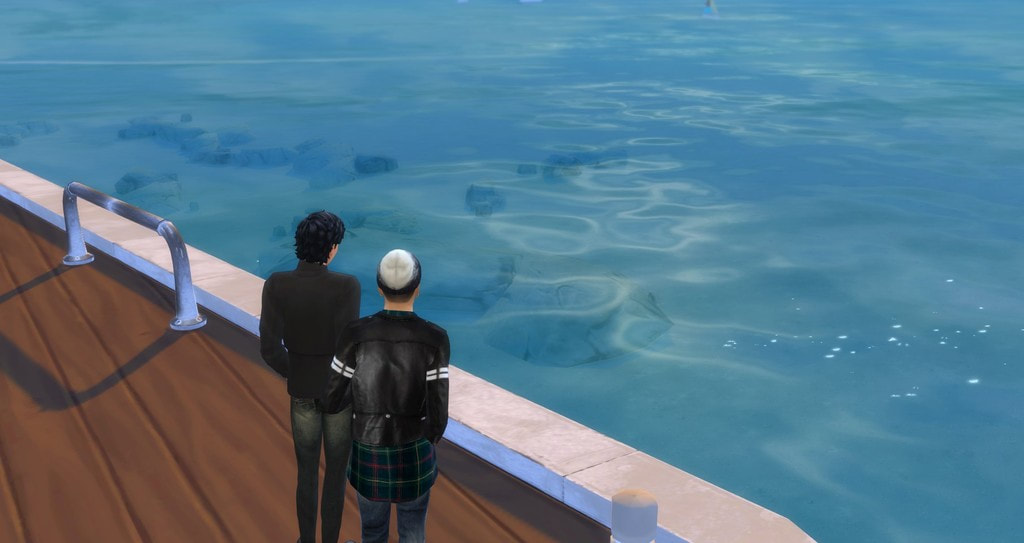