“With her parents dead and Enzo gone, Jewel had been scared of a lonely future. She ran her hand over her pregnant belly.
But not anymore.”
​ 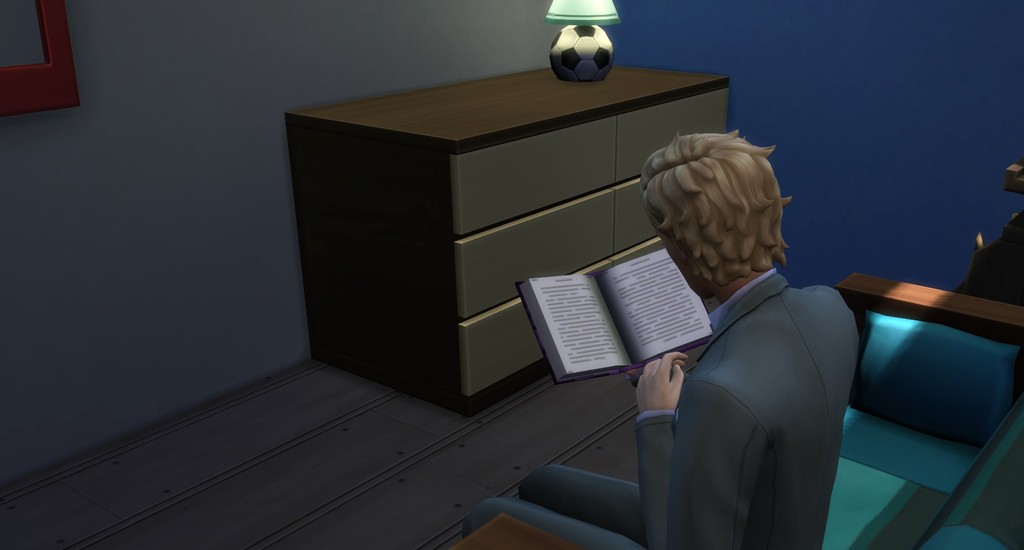 I slapped the book shut and sighed. Beryl Heffner sure knew how to write a cliffhanger. I was angry the story had ended. I needed something to occupy my mind. Get it off of Knight.
​ 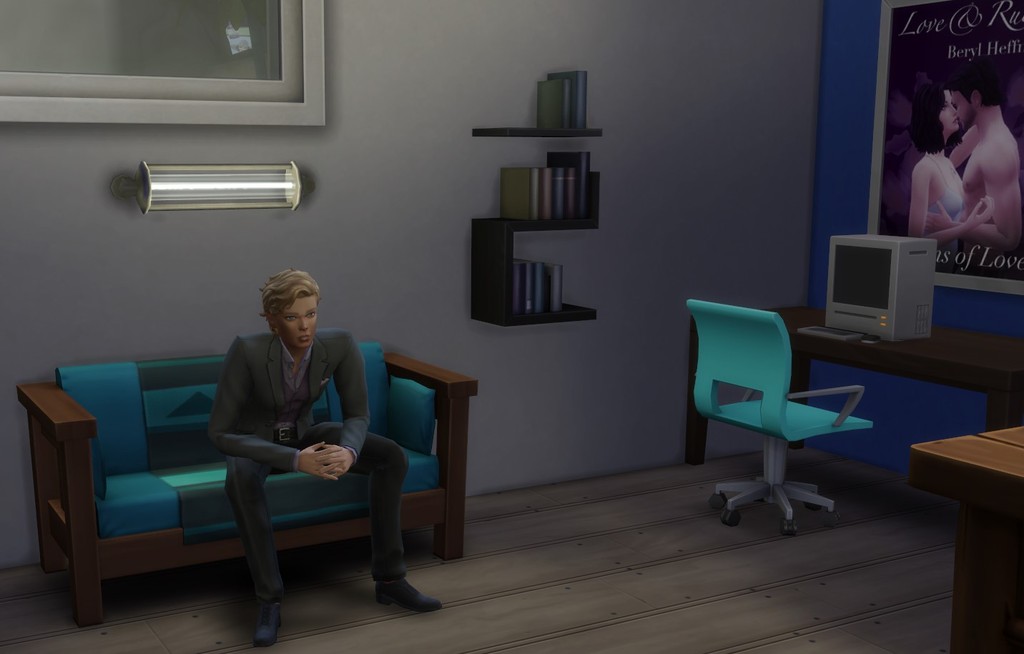 I kept thinking about how I’d almost spilled. I didn’t know if it was the drinks or our conversation or my attraction for him...I had the guts to go for it...tell him everything and then the moment was gone.
​ 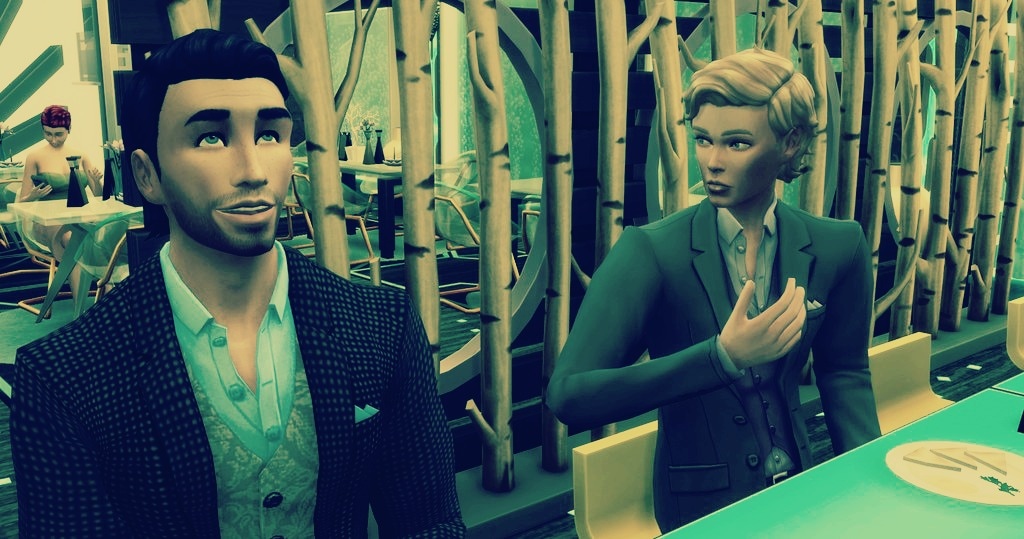 He got a phone call and I clammed up.

Gosh, you’re so stupid, Alex. He’s going to find out and then everything will blow up in your face.
​
Literally. 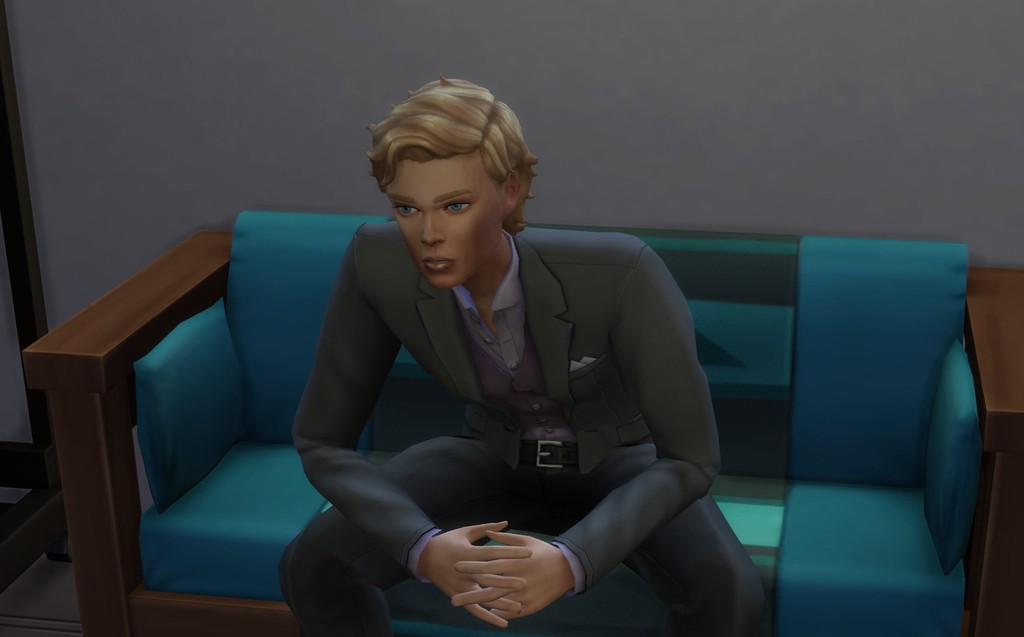 I was so mad at myself. Why was I so weak around him? So, he found out? What was the worse thing he could do?

I went over and over in my mind the scenario of telling him, but all the places it went, I didn’t want to go. I knew I’d have to deal with it sooner or later.
​
Unfortunately, I opted for later.
​ 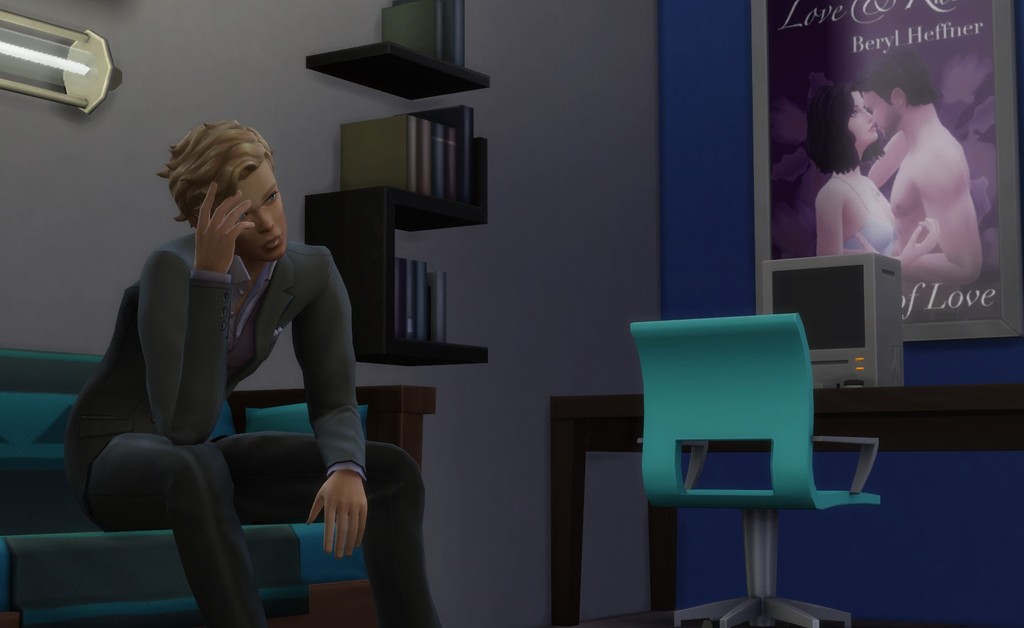 “I came, Pops. Ended my night early. Not happy about that. This better be important.”

My father threw a smirk. “Everything I have to say is important.” He patted the cushion next to him. “Come and sit with me, son. We need to talk.”
​ 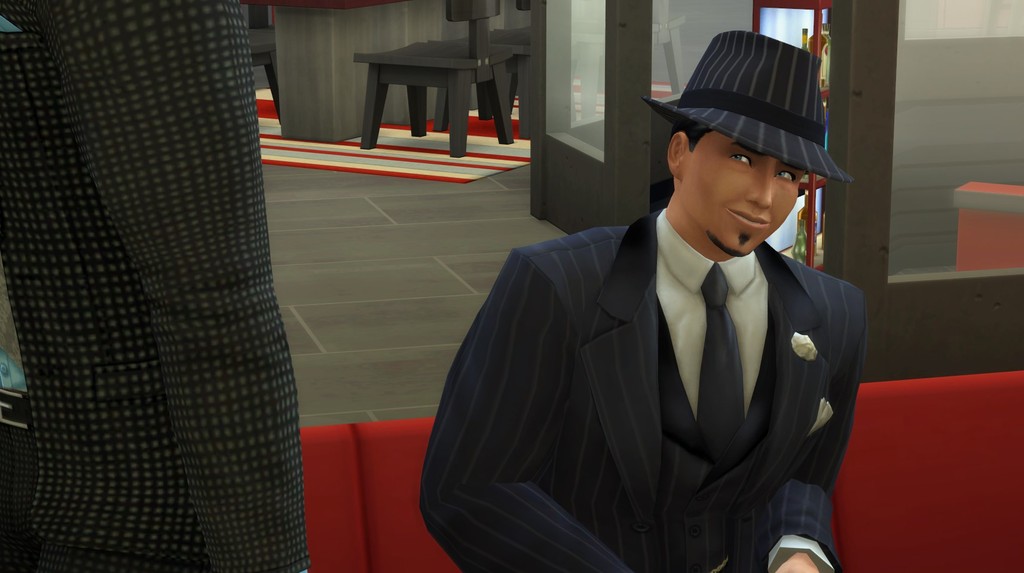 He stroked the bristles of his chin in thought then went on. “I am entertaining some VIP’s at the Governor’s Ball tomorrow night. There will be some clients there and I want you to attend. You’ll need a date. Chiandra is in town and...”

I almost choked. “Don’t mention her name to me. You know my view on things.”
​ 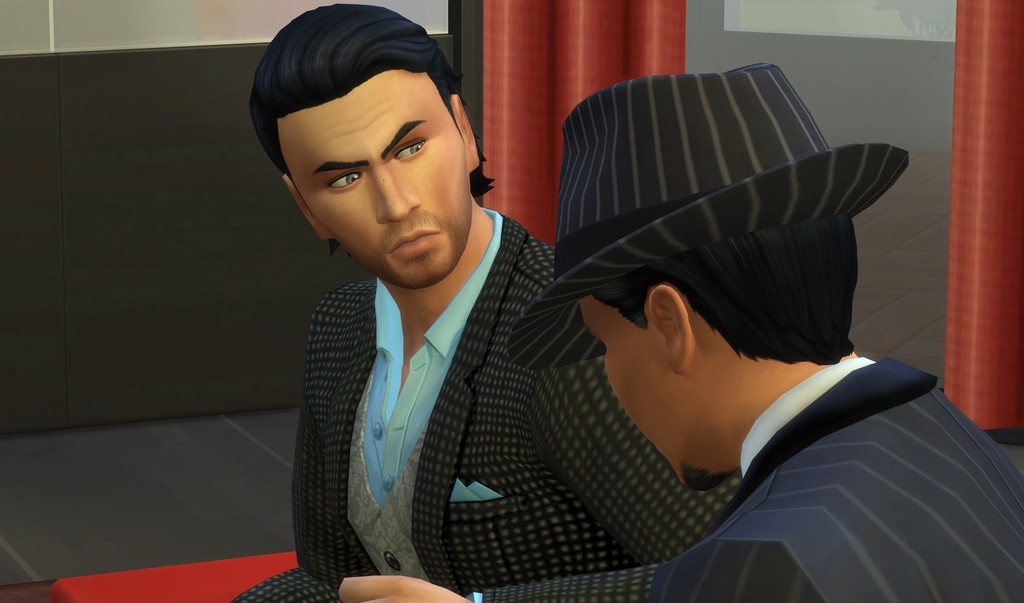 My father’s hotheaded temper unleashed. “Your stupid pride is getting in the way of our family business. You and Chiandra should never have ended. She wants to reconcile. You should give her the chance.”
​ 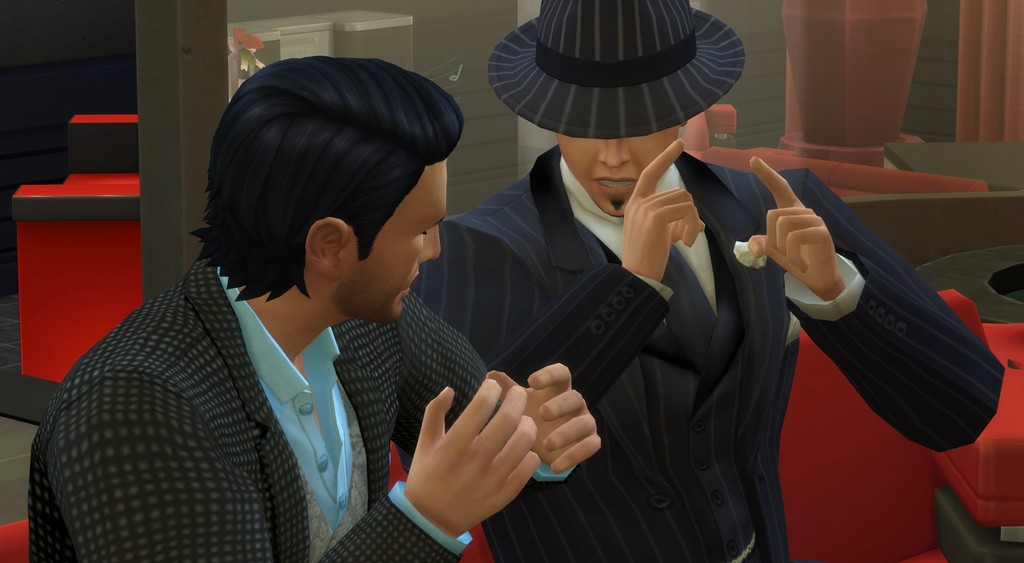 I flipped my hands up. “We’re over! Don’t you get it? I’m not taking her back. And you nor any of your goons can make me. Do you want me to eventually take over? Then let me have my way on this.”
​ 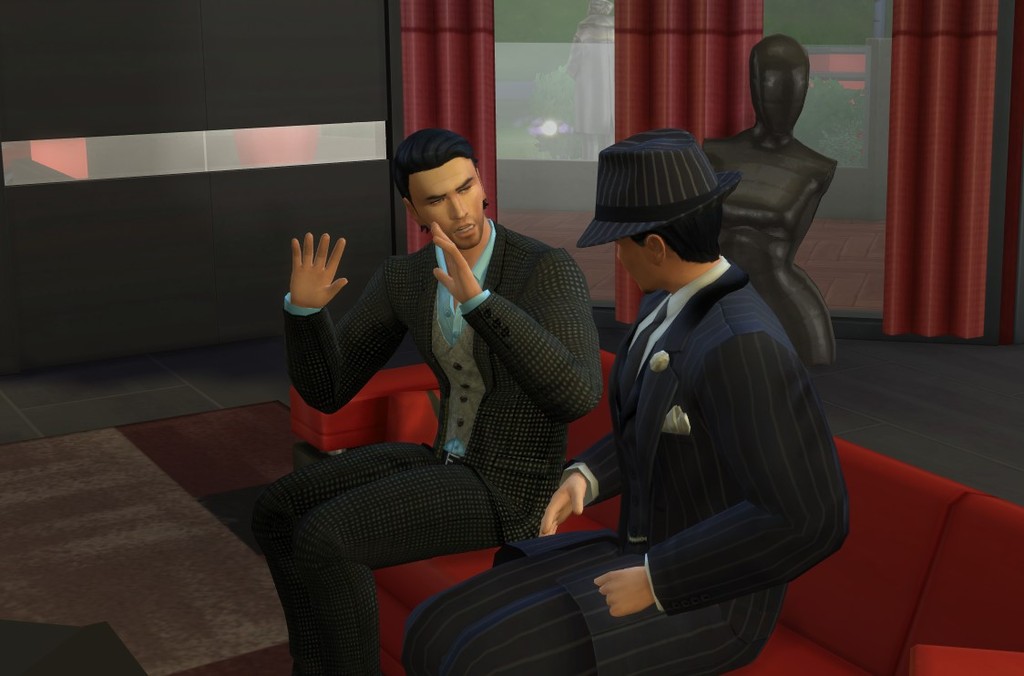 My father’s voice dipped into a low growl, “I can’t believe your arrogance. I didn’t raise you like this. If a friend asks for forgiveness, you should grant it.”

I glared. “This is my life, Pops. I will be with whomever I choose. Chiandra and I had a run at it, but I can’t trust her. I’ll never go back. I can take someone else to the event if I need a date.”
​ 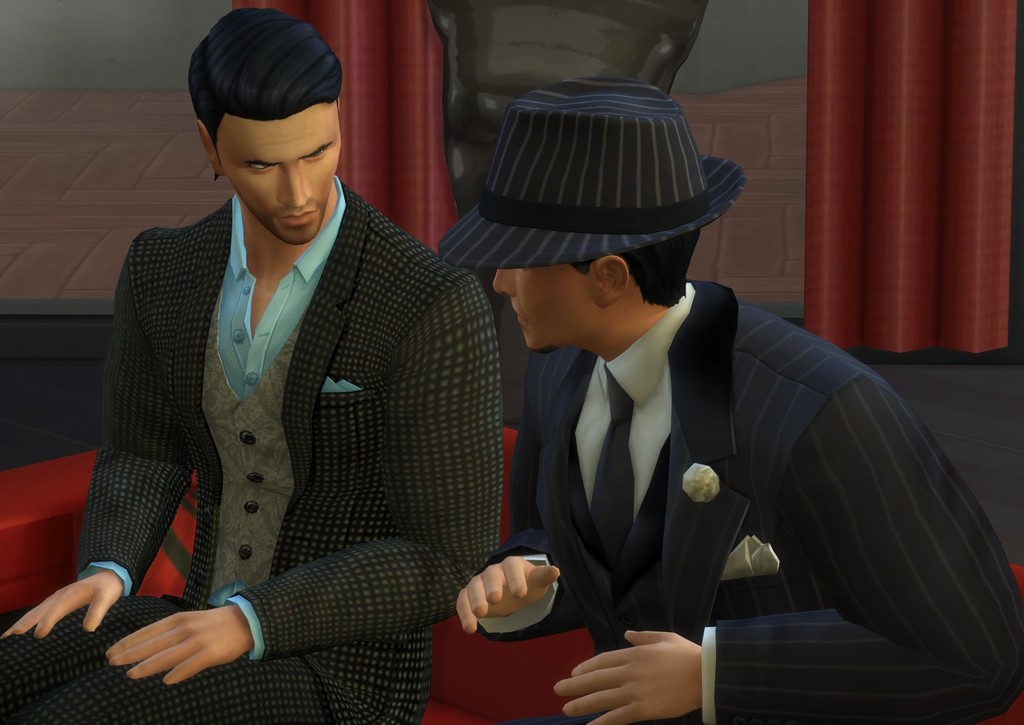 “Bah!” he spat. Bolting from his seat, he charged over to Chiandra’s picture on the wall. I still haven’t taken all of them down. No matter how horrible she was to me, she still takes my breath away when I gaze at her face. I will throw them away eventually.

My father said, “I don’t want to see any of your floozies at the gala. God knows you’ve gone through most of the women in Oasis Springs and none of them good enough to bear the name of Richardson. Wake up! Chiandra is a goddess, but you’re too dumb to understand that.”
​ 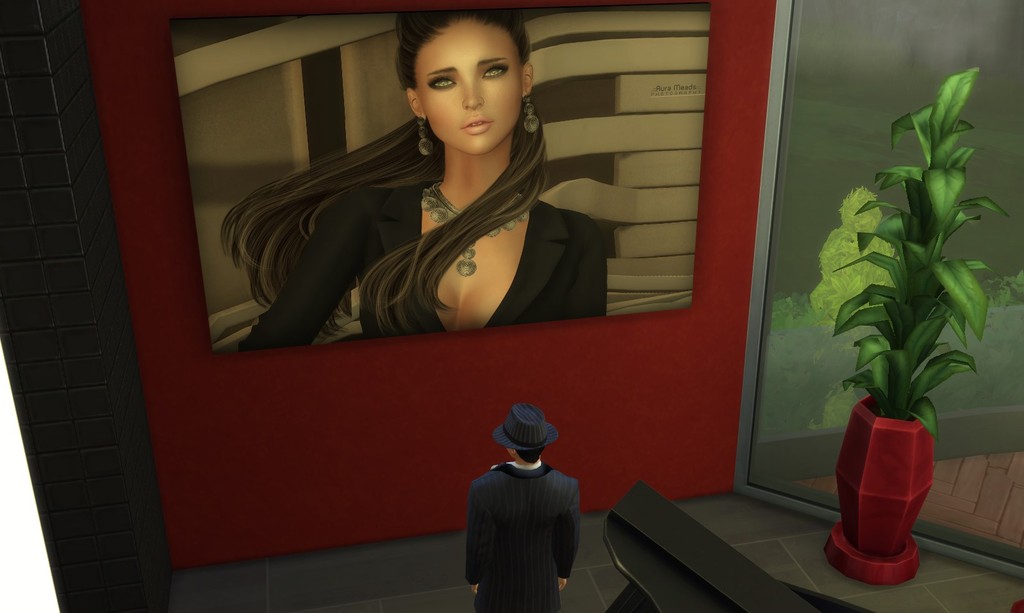 ​How many times have I argued with my father about this? I knew he had the best intentions for me. He loved me. But I’d grown to hate Chiandra and then that anger dissipated into numbness. I didn’t care anymore. We were finished.

My mind spiraled into who I could take to this event. I hadn’t dated in months. My father was right. I had dated every girl I’d ever checked out in Oasis Springs and none of them even held a candle to Chiandra in my eyes. I really didn’t have the stomach for it anymore. But at 28, the legacy was on my shoulders to produce an heir. I thought it was going to be Chiandra, but she messed that up.

Just then, my brother strolled into the house. He laughed. “Is the old man singing that same song again?” 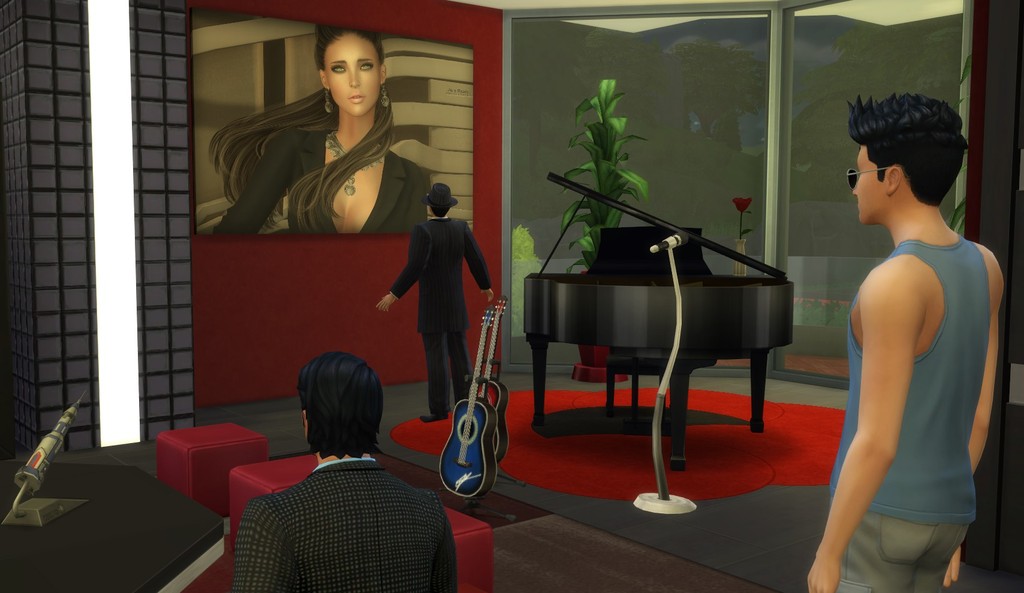 Getting up to pour a glass of whiskey, I noticed my brother was wearing sunglasses. “What’s up with those? Is it too bright in here?” 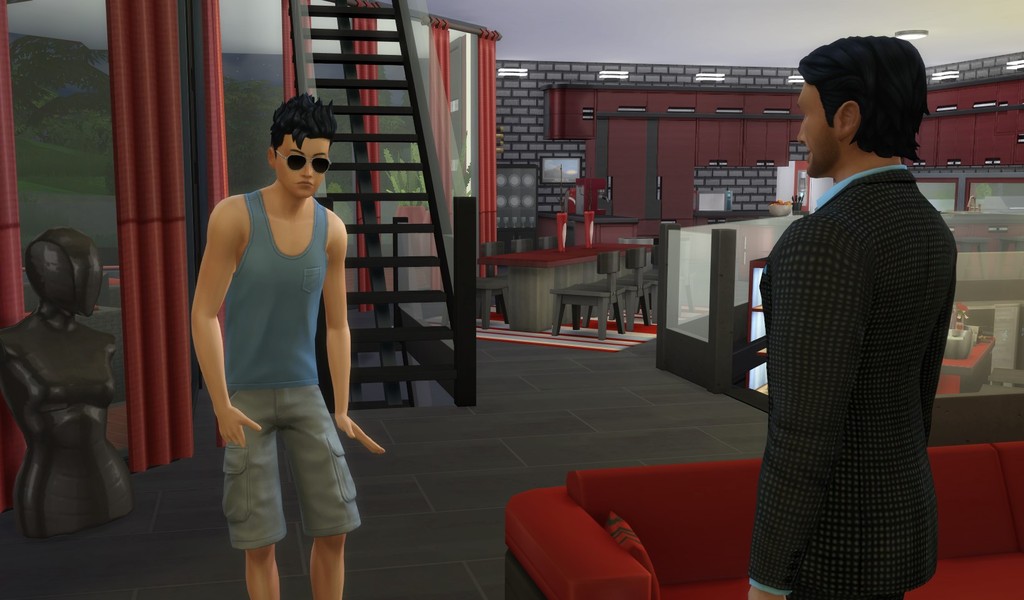 Who was he kidding? “That’s a load of shit. Take them off. Let’s see your face.” 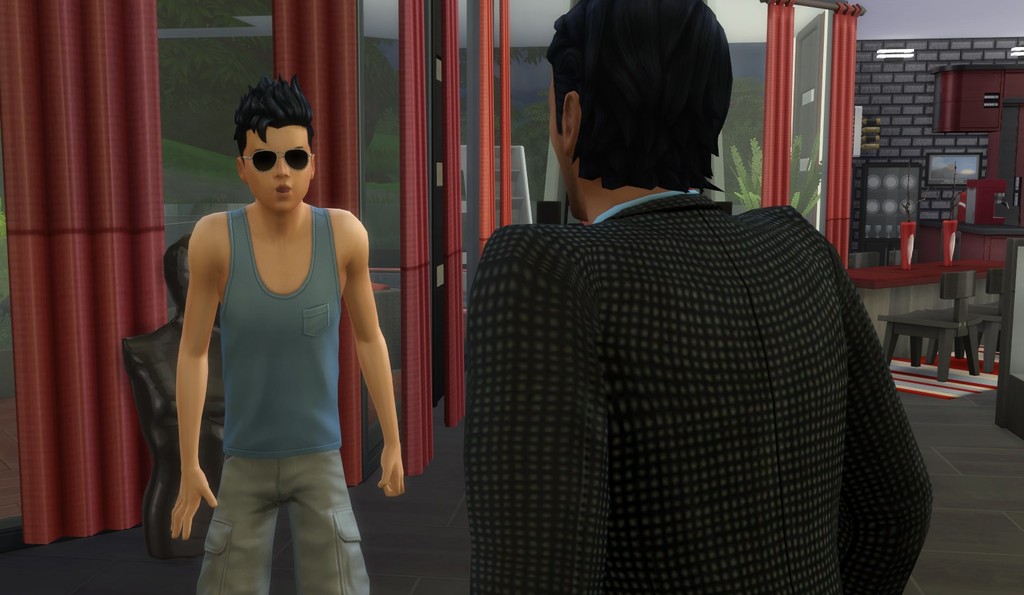 By this time, my father walked up beside me. “Kyle...what is this? Remove those sunglasses at once.”

“You’ll take them off now or you can hand over your cell phone.” 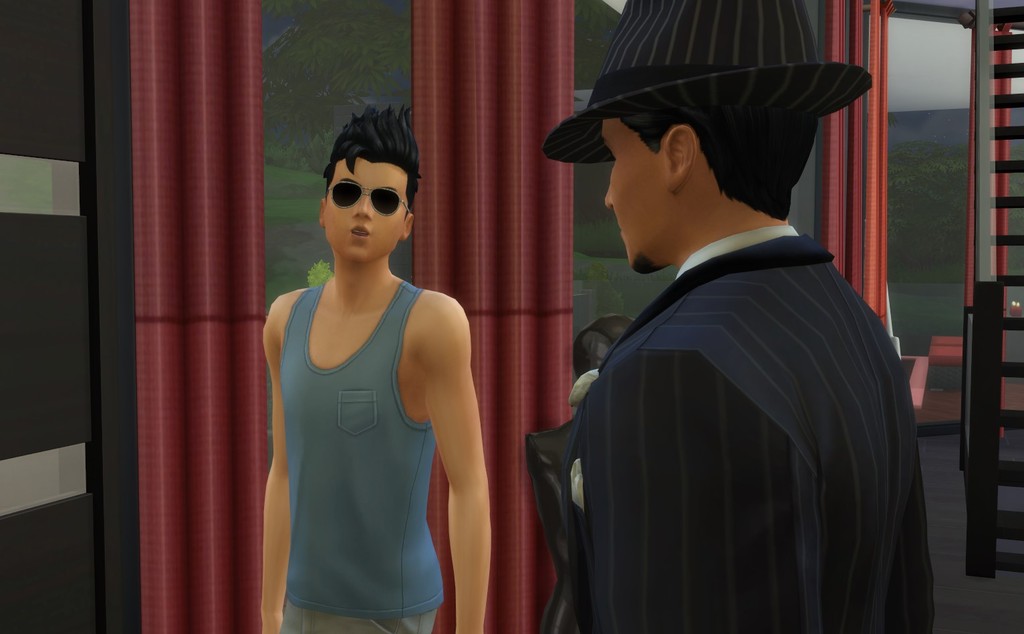 When he pulled them off, I almost let out a huge laugh. An enormous purple and red bruise covered Kyle’s right eye. “Geez, Kyle. That must have been some hit. I hope you laid out the other guy.”

“What happened?” my father demanded.
​ 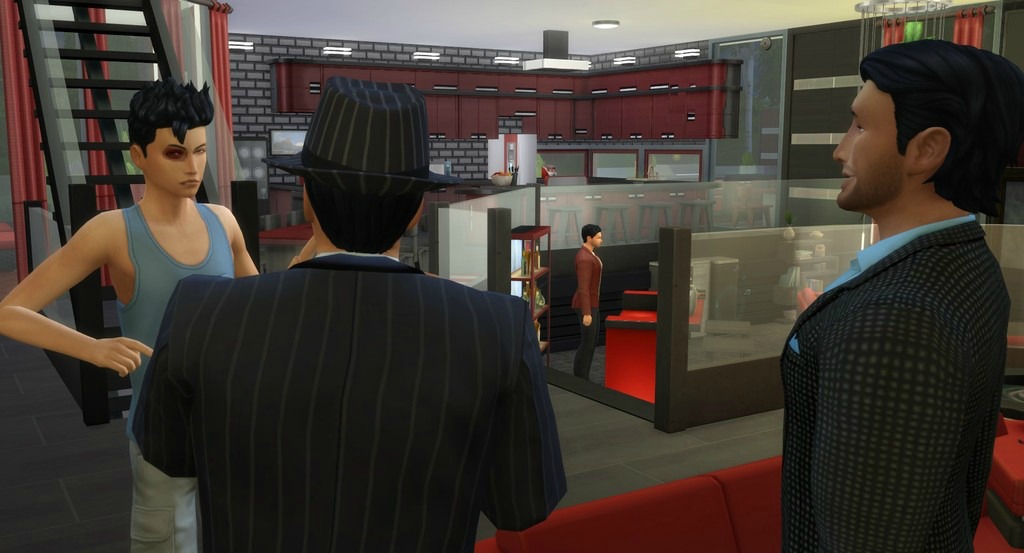 “It was this girl’s brother. When I said we were going out, he sucker punched me.”
​ 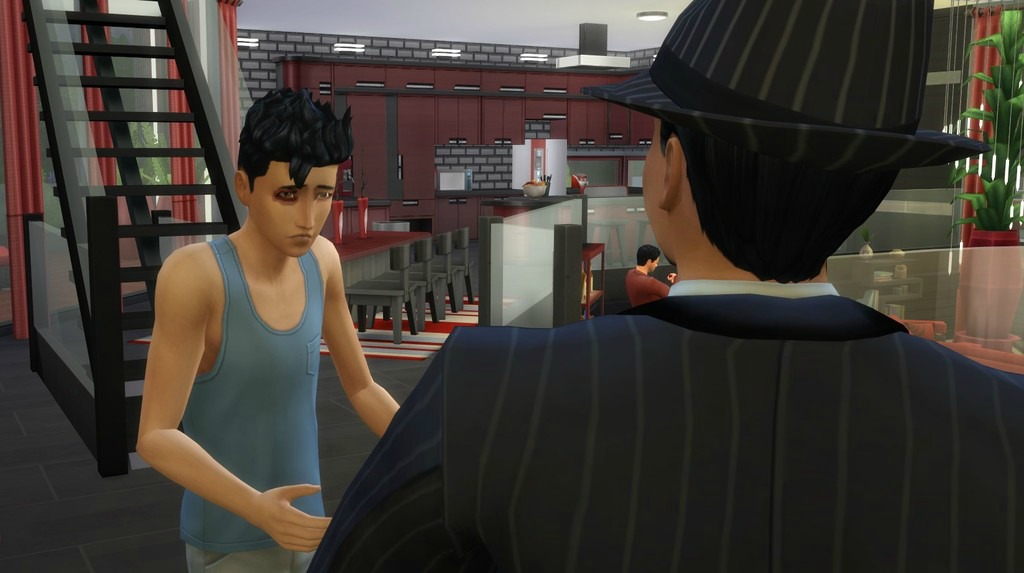 “Who is this girl? I never knew you were dating,” my father asked.

“I would have told you, but we just started. Her name is Brianna Day.”
​ 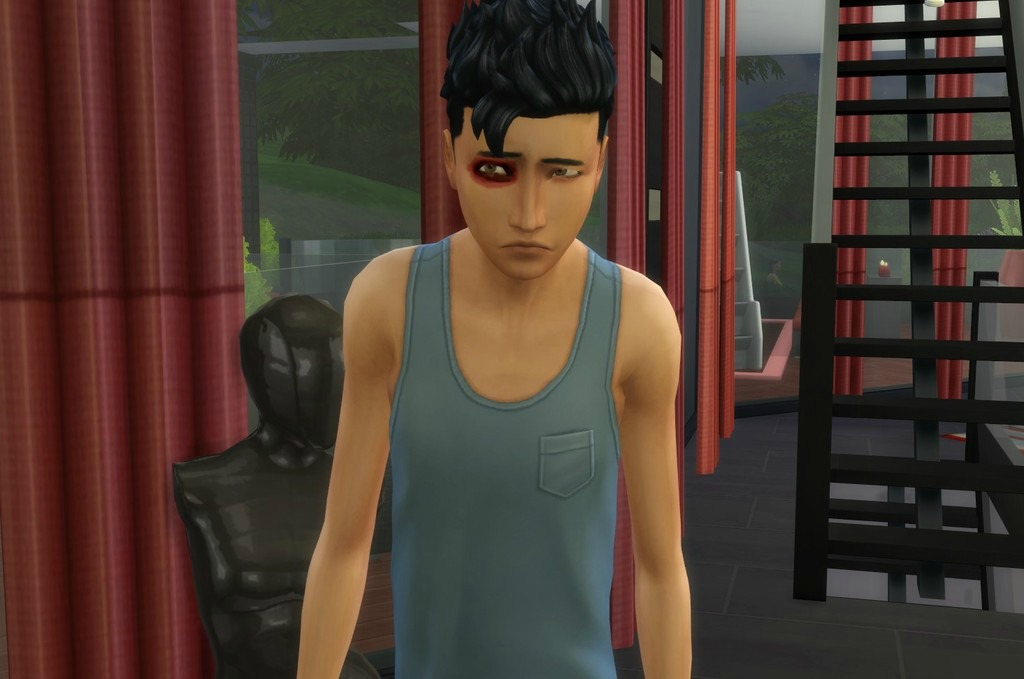 That name hit me like an 18-wheeler. I laughed then. “So you got punched out by Alex Day? No wonder your face looks so bad. Go easy on him, Pops. That guy is a pro mixed martial arts fighter. Looks like you picked the wrong girl to date, bro.”

“Did you punch him out for messing with you?” my father bellowed.

Kyle stuck his hands in his pockets. “Yeah. His face looks way worse than mine. Don’t worry.”
​ 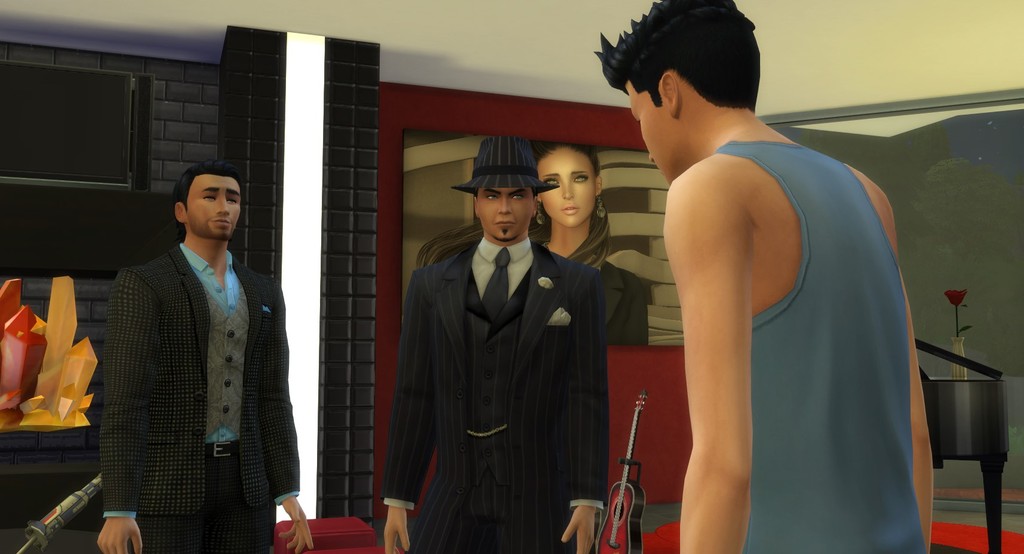 “Liar,” I said. “I went to dinner with Alex Day and his pretty face is clean.”

My father looked at Kyle and hissed, “Get out of my sight.” His voice was low and mean. Kyle was in big trouble. It was about time. Kyle got away with everything.
​ 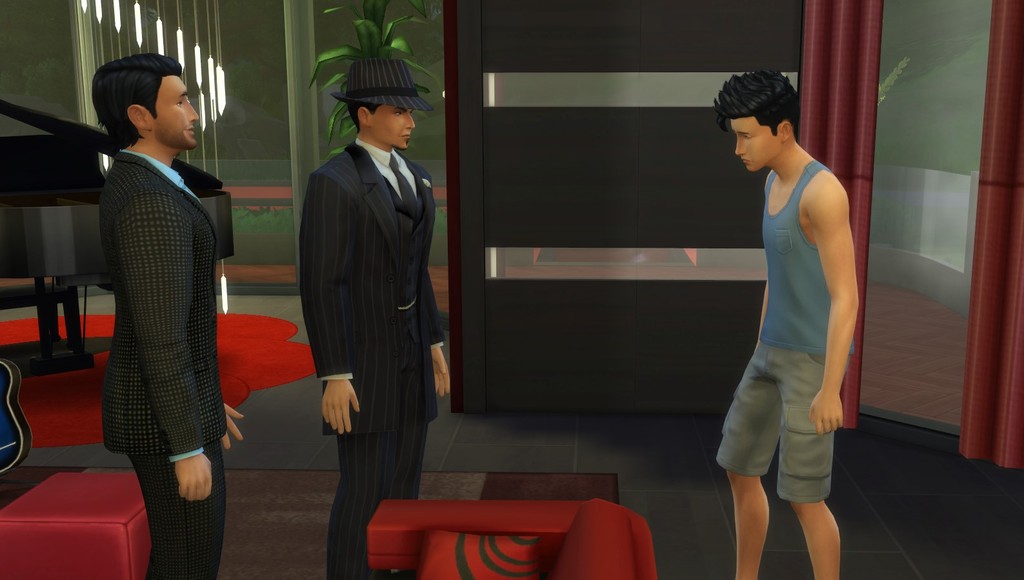 After Kyle ran up the stairs, my father sat down, looking like a cat who caught a mouse by its tail. “So...you know this guy who beat up your brother? Tell me about him.”

Oh, shit. I didn’t even process what ratting out Alex like that would mean. Clasping the back of my neck, I stammered, “W-Well, yeah, I mean, he’s a friend.”
​ 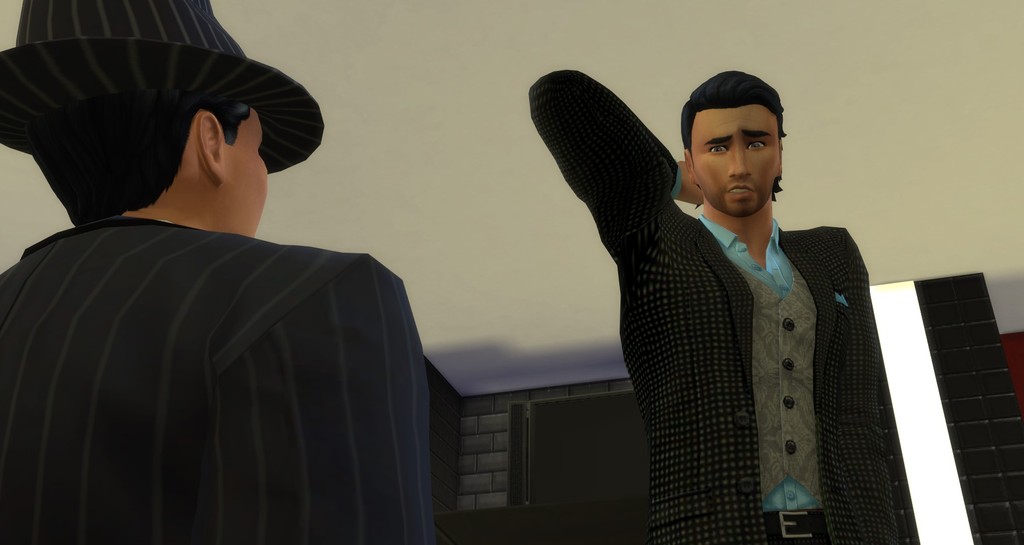 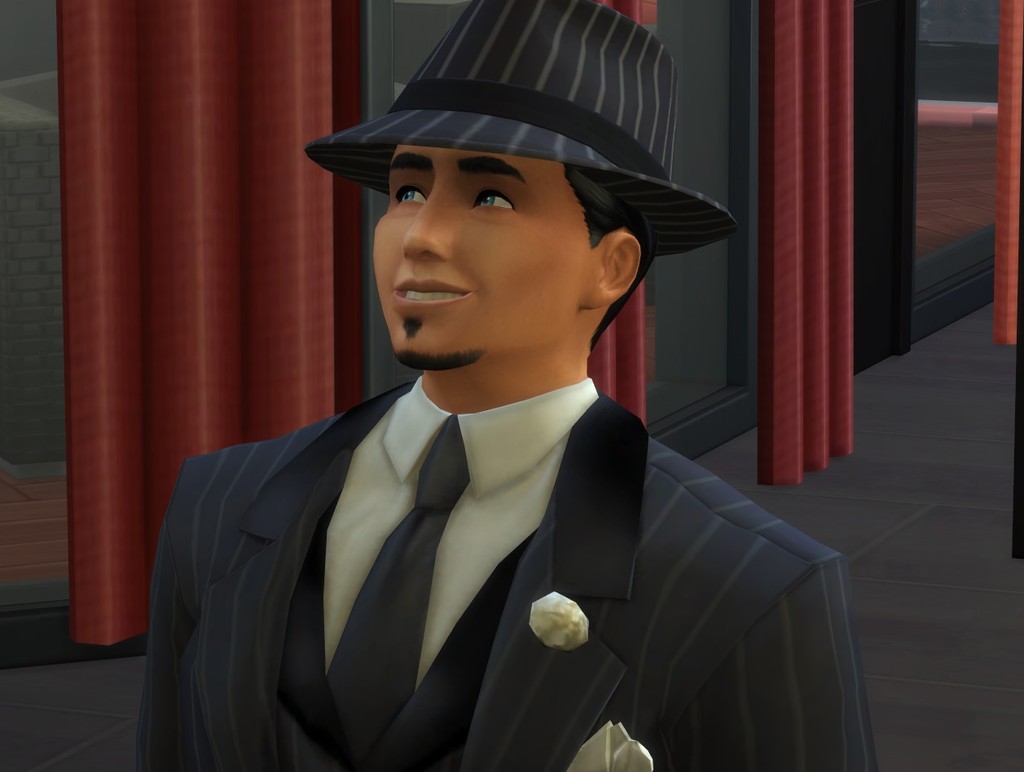 I wasn’t about to let my father go after Alex. “Listen, he’s a good guy. If he punched out Kyle, you better believe he deserved it. Don’t mess with him.”
​ 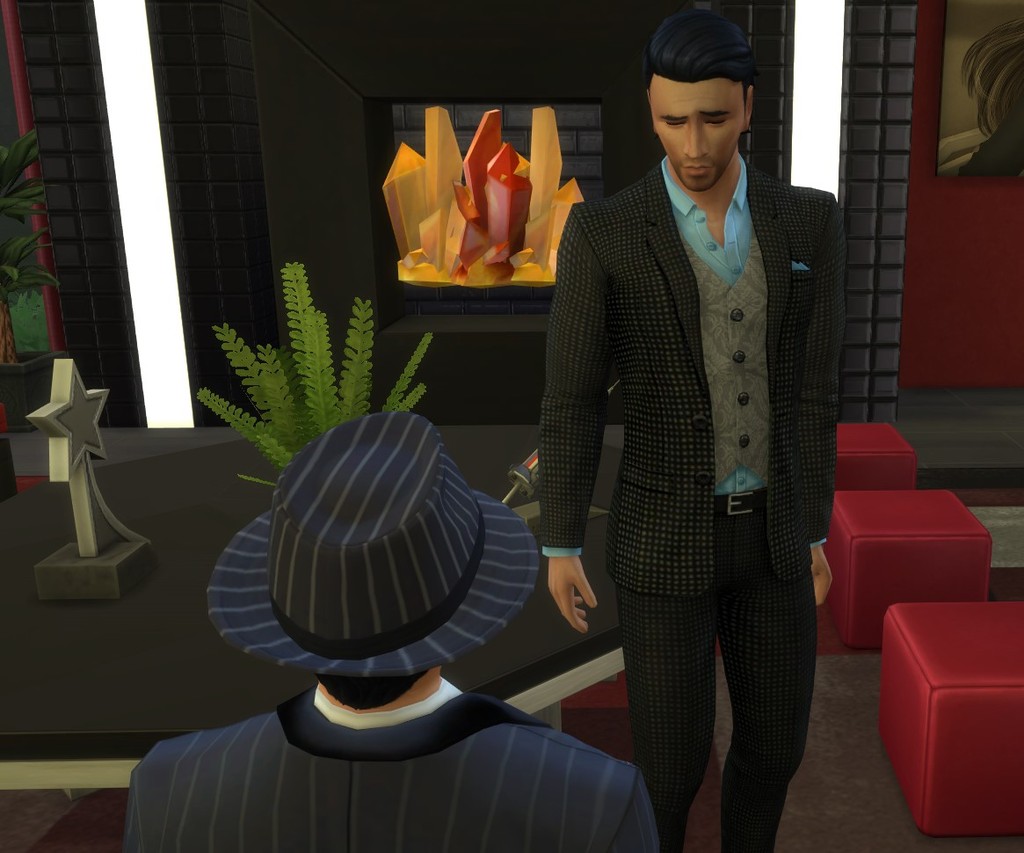 My father chuckled. “I don’t intend on messing with him, as you put it. I merely am interested in someone with Alex’s talents. Give me his number. I’ll have my assistant ask him to meet with me.”

“Are you serious? You want to hire Alex to be one of your goons? Not a chance. He’d never do something like that. He’s too...good. Besides. He’s not what you think. He might be able to throw a punch but he’s small. About the size of Kyle.”

Brushing the invisible lint off his coat, he said, “You have no idea what I have in mind, Knight. I merely want to meet with him. If you won’t give me his number then I’d like for you to invite him to meet with me yourself. Your choice.”
​ 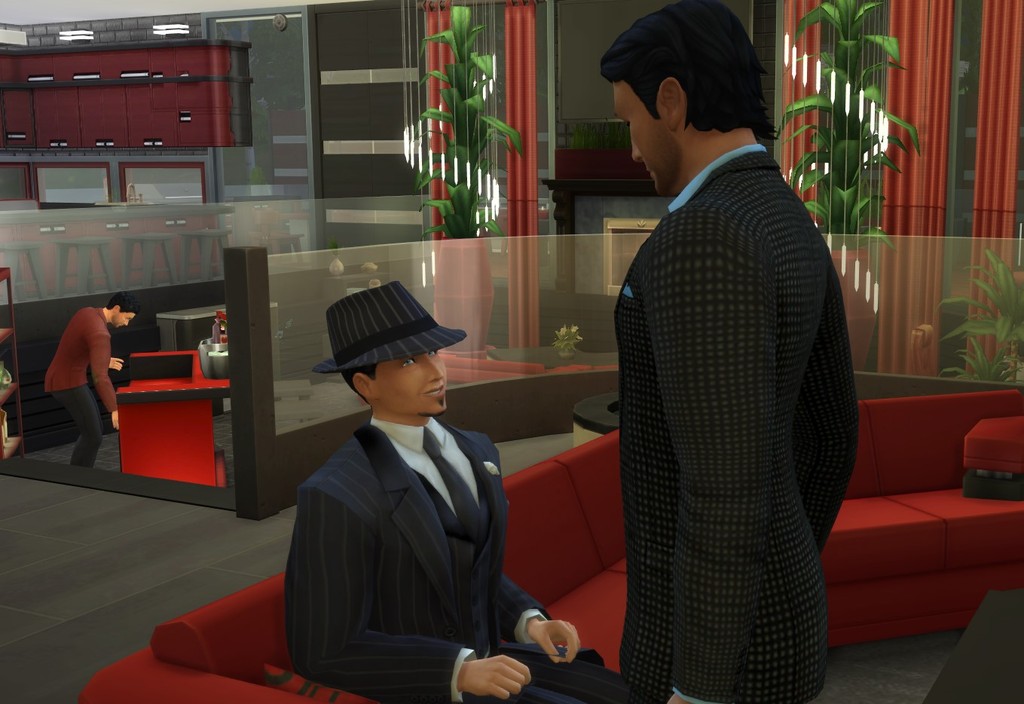 Getting up, my father added, “I’ll be going now. Please reconsider taking Chiandra to the gala. And I look forward to meeting Mr. Day.”
​
Fuming, I marched over to Chiandra’s picture and glared. “Not on your life, Chiandra, will I ever get back together with you.”
​ 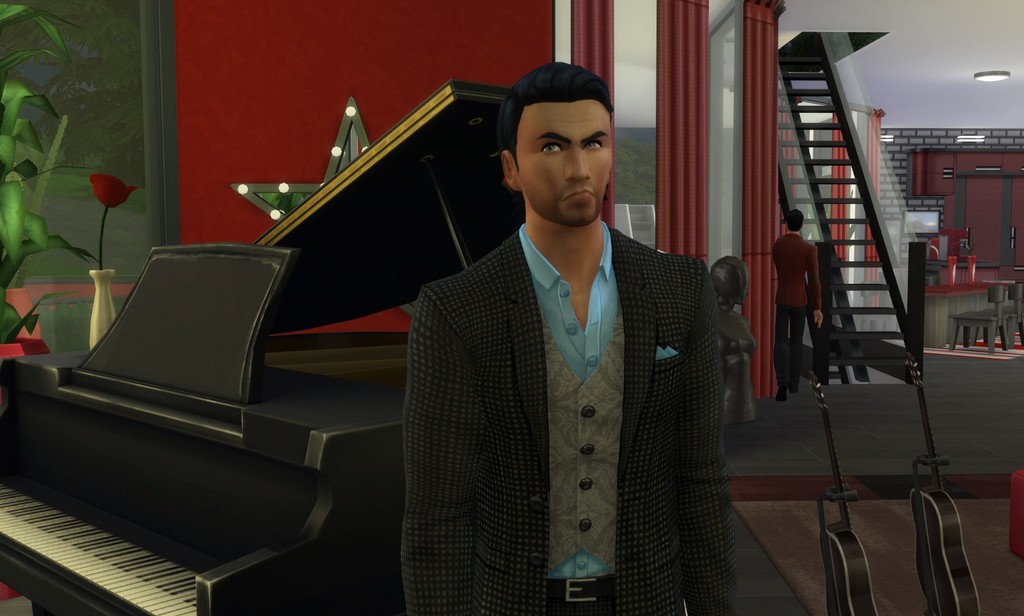 Gazing at her golden eyes, I got a crazy idea on how to solve my problems. I could only hope it would work.
​ 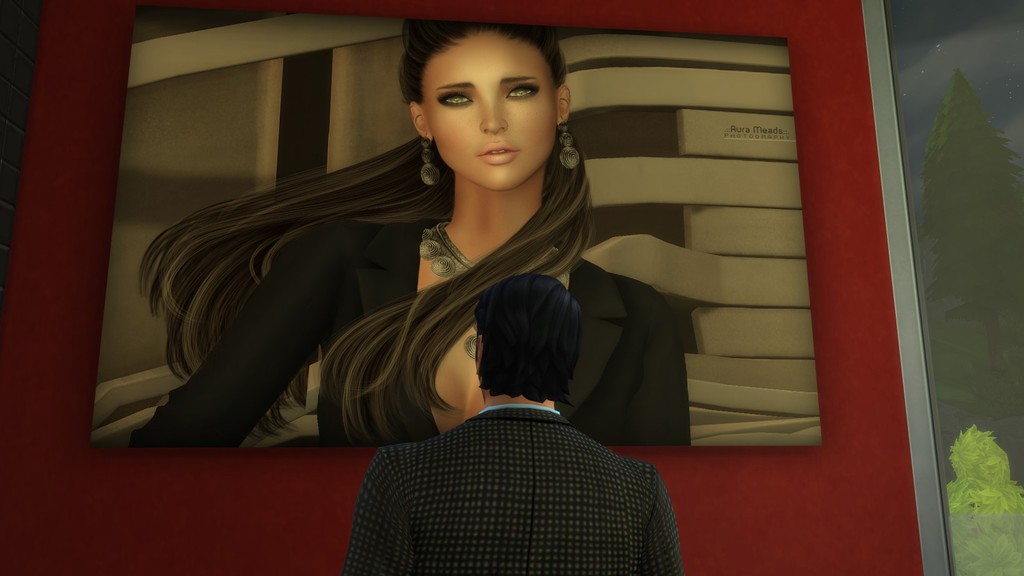 Author's note: A huge thank you to Maladi777 for giving me the last words in the first book of LOVE & RUIN. Artwork by Babel Sims.
Powered by