I couldn't get Briar's drunken image out of my mind all weekend. For some reason, it really pissed me off that she got trashed. I mean, yeah, loads of people get drunk at parties all the time, but I just didn't trust her boyfriend. I tried to calm myself down about it, but seeing her with him like that just angered me. 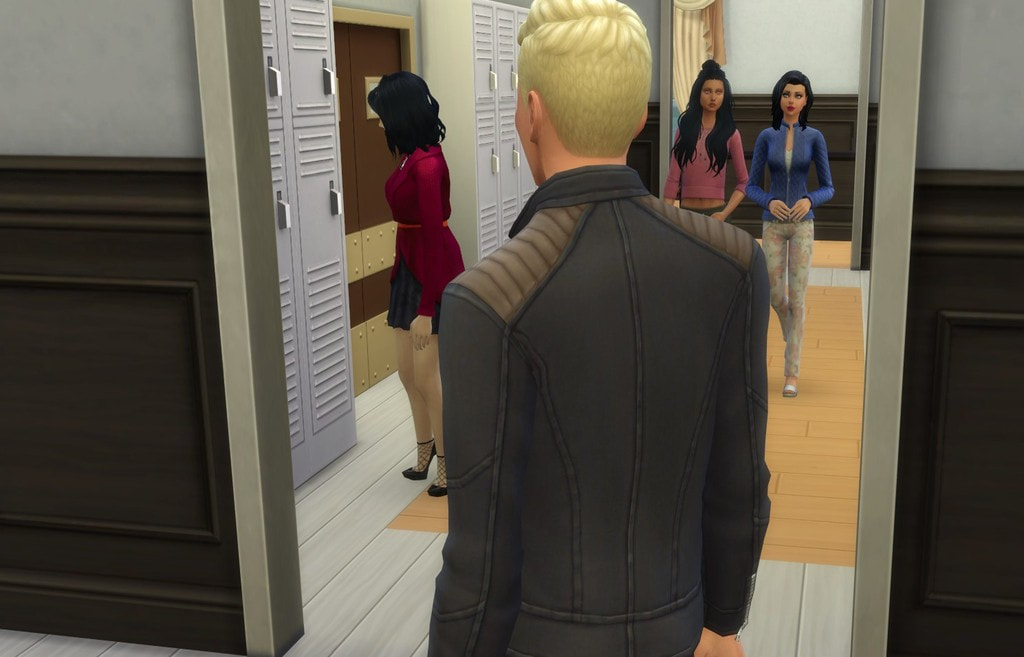 Ethan's voice broke through my thoughts, "August, you look like a stalker right now. What's up with you?"
​ 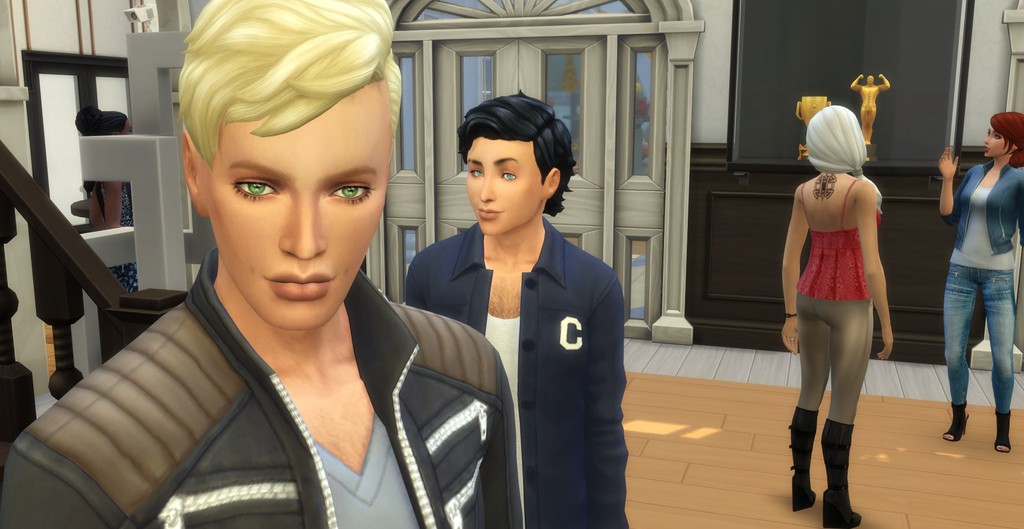 Before I could answer him, Briar's face lit up which flooded me with warmth. "Hey, Briar," I said, lamely. God, I wasn't eleven anymore. Why was I acting nervous?
​ 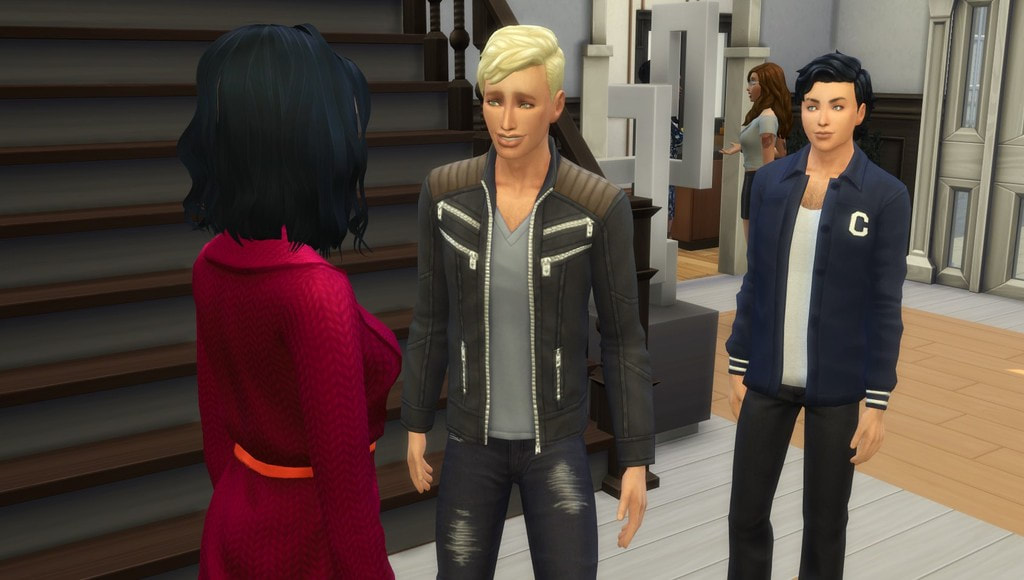 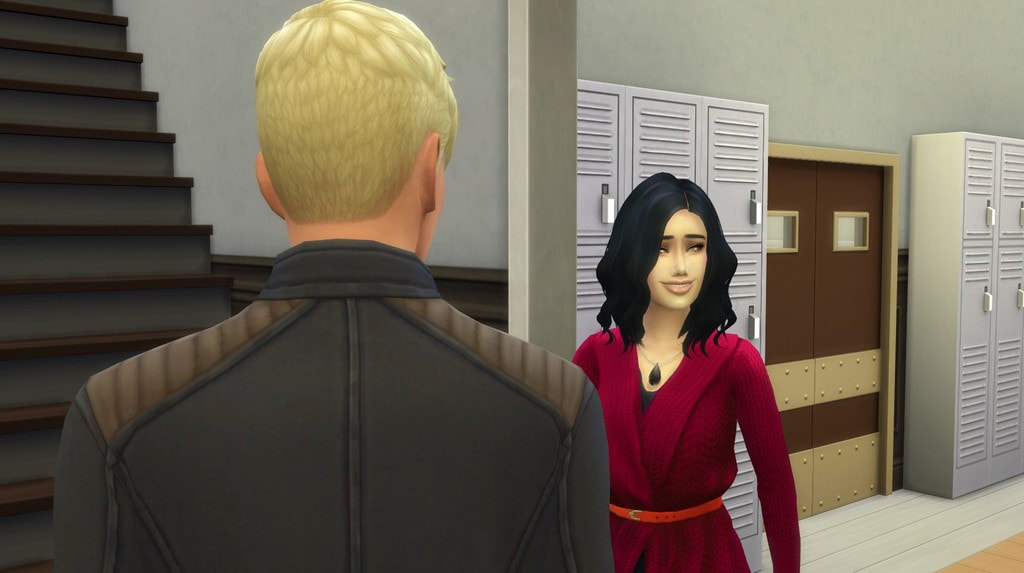 "Um, yeah, I did. But are you okay? You looked kind of out of it at the end of the night."

"Yeah...I was a little tired. I think Daniel and I danced so much I fell asleep, but I felt fine."
​ 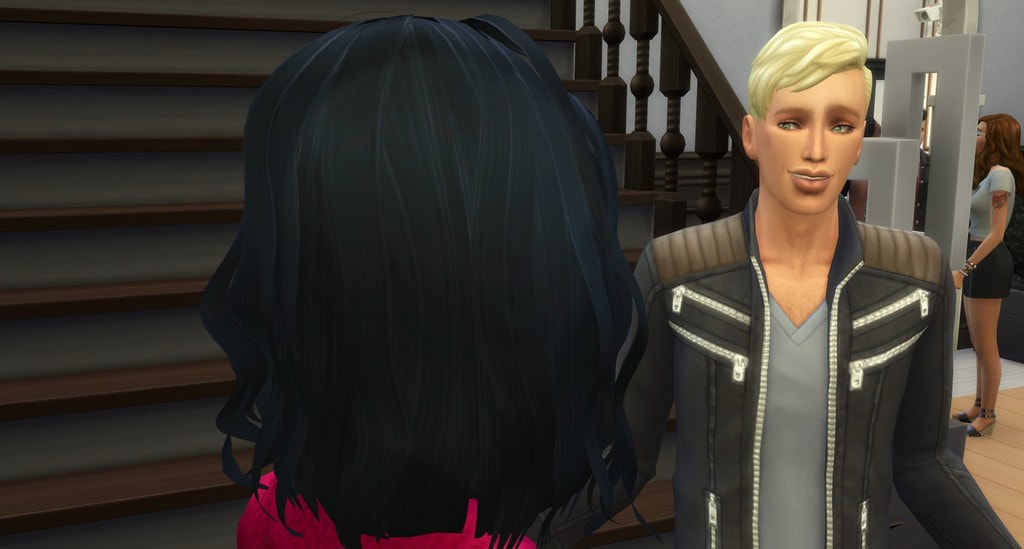 "Really? You didn't pass out from drinking too much? I know Beau was lit."

Shooting me a fierce stare, she said, "I wasn't drunk, August, if that's what you're trying to say."

How could that be true? I saw the angle of her neck, the drool...she was out of it. Why was she lying?
​ 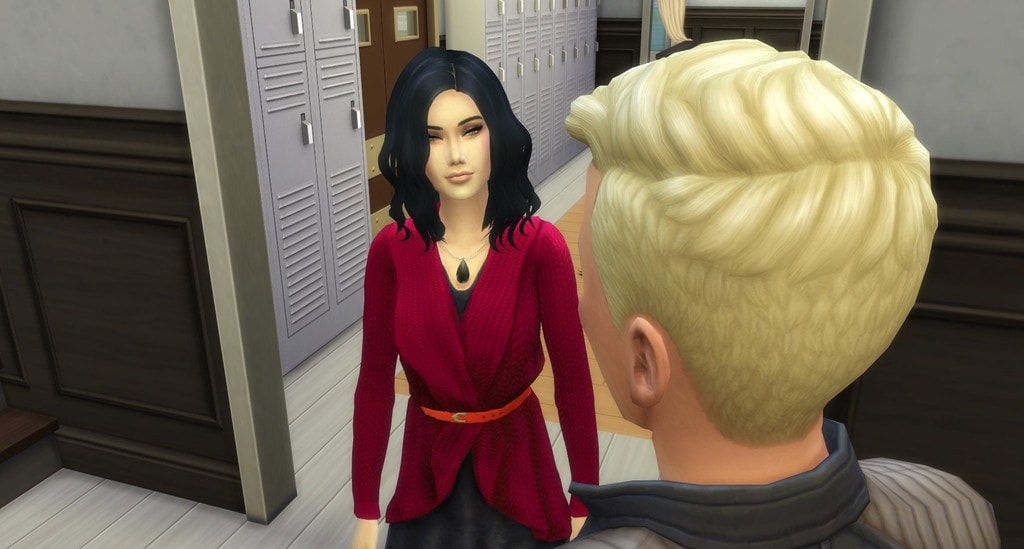 Before I could ask anything else, a silver streak zoomed at me and crashed into my arms. "Hey, sweetie! Did you miss me?"
​ 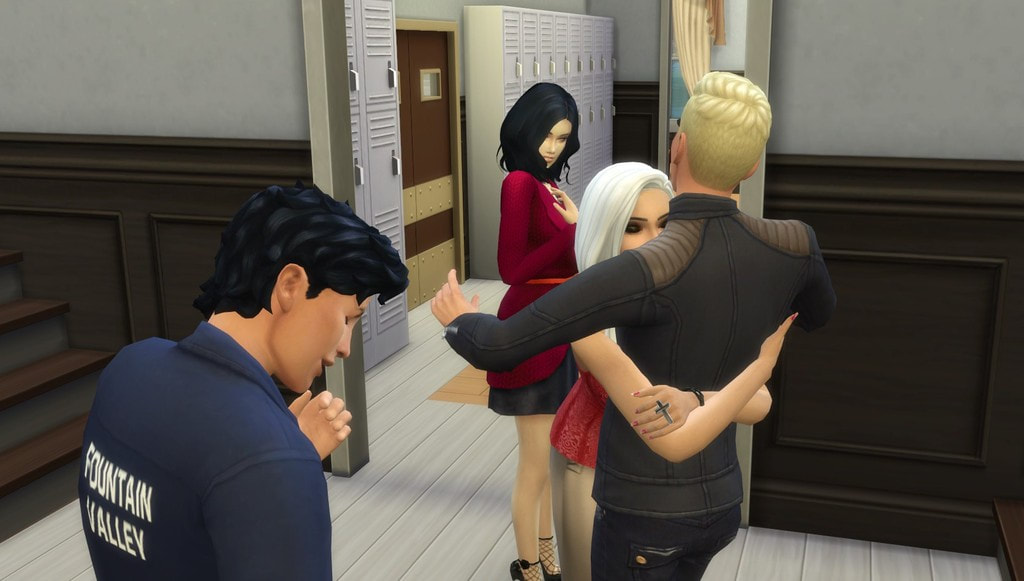 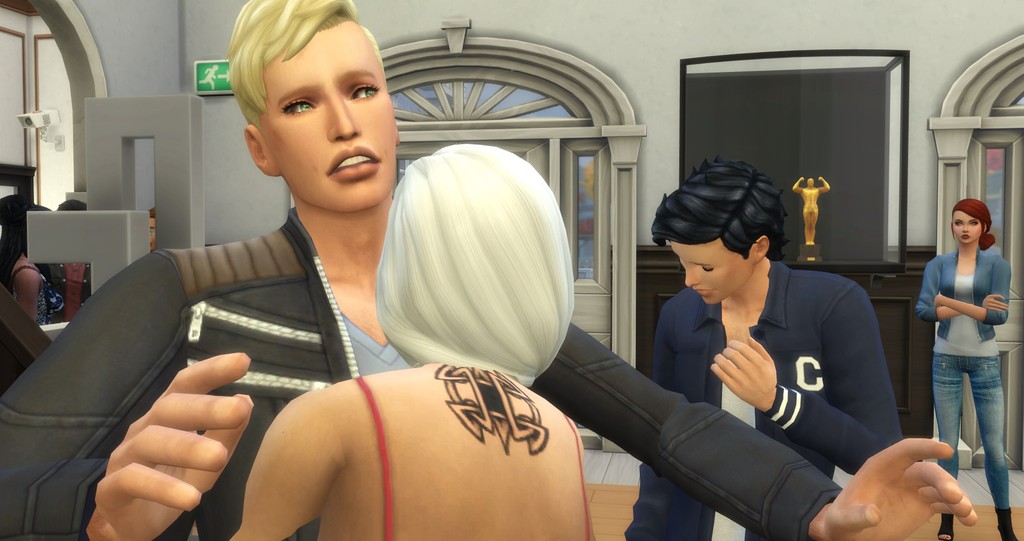 Staring at Briar, she said, "I'm just going to steal him away for a bit. Hope you don't mind!" She wiggled her fingers then pushed me inside the music room and locked the door.

"Nothing," she said with an impish tone.

"Okay...then why did you lock the door? Ms. Sheeren will not be happy when she can't get inside." 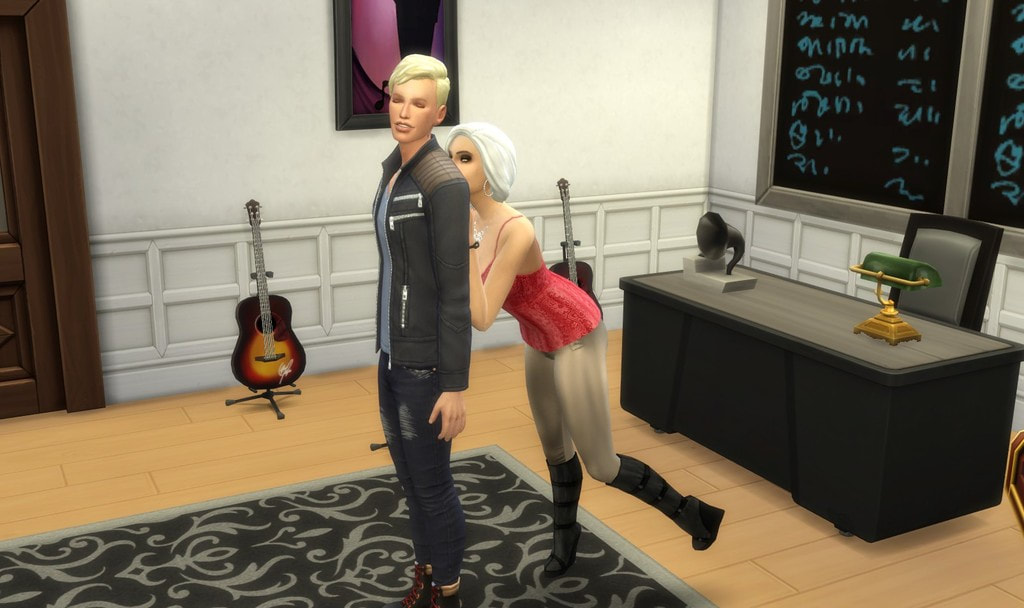 Whispering through a kiss, she said, "Ms. Sheeren doesn't get here until 3rd period. We're all alone."

"We are, huh?" I said, heart already racing in anticipation.
​ 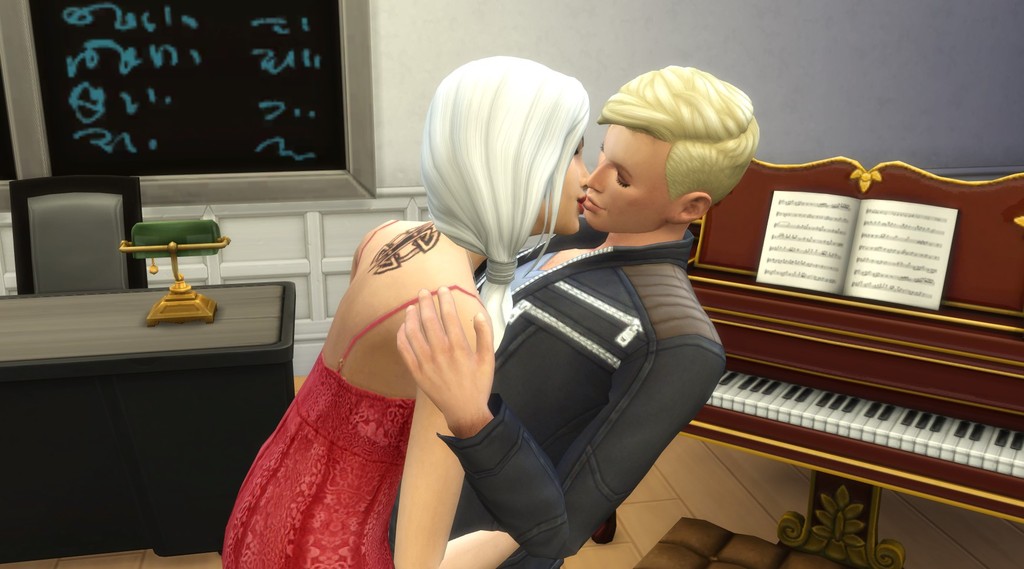 Darting away from me, I was about to protest when she gave me the most sultry look I'd ever seen. "And we have exactly seven minutes before the tardy bell rings...or unless you don't mind being a little late." 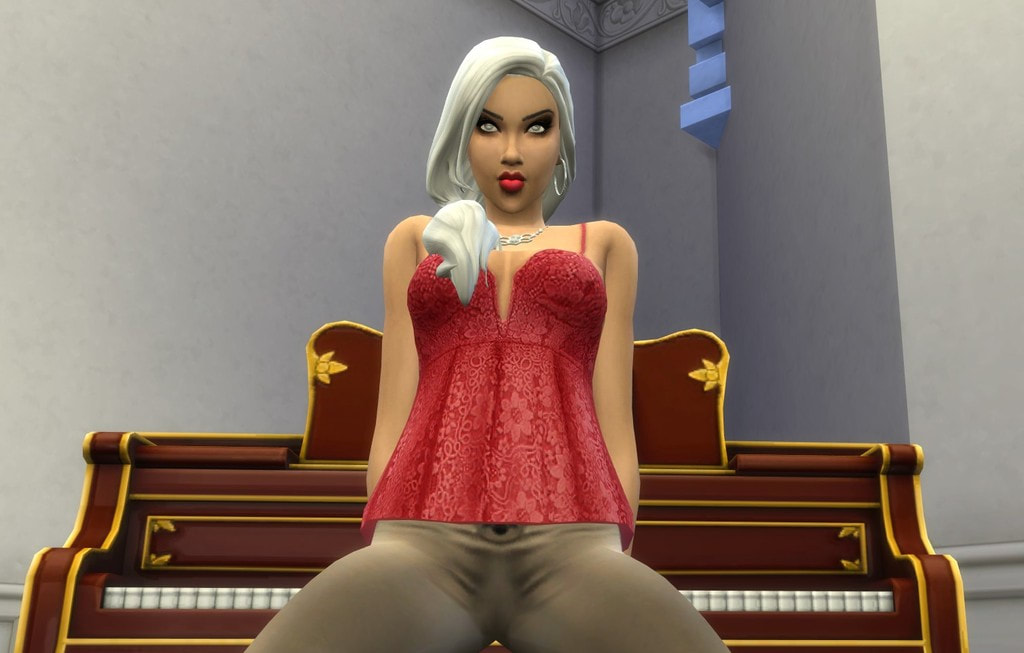 My God. This took banging in my old sound room to a whole new level. Etoile was a serious handful, but I wasn't going to complain.
​ 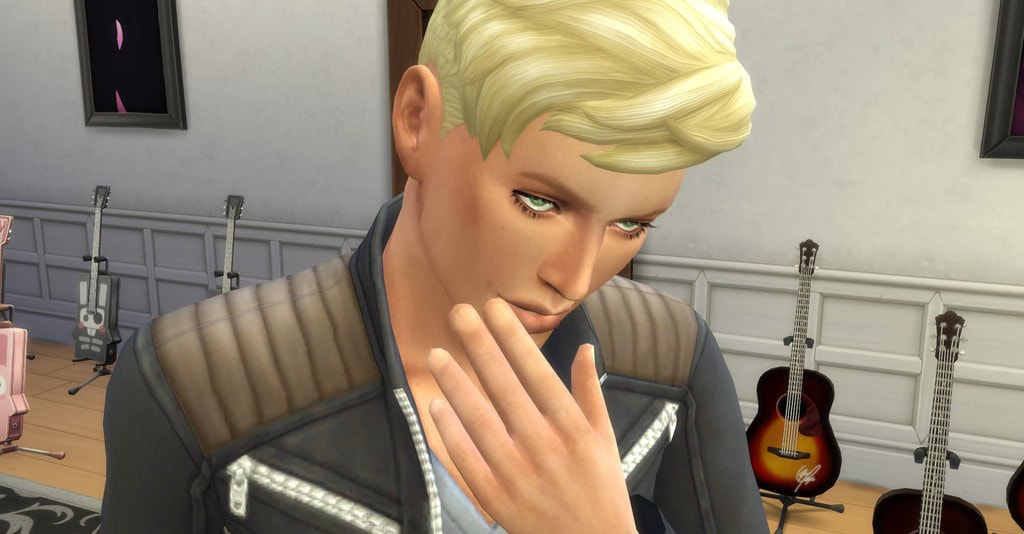 In seconds, she unzipped my pants while I tore hers off and we were doing it on the piano to the tune of...God...lots of shitty, broken notes.

It was music to my ears. Or maybe it was just my dick. 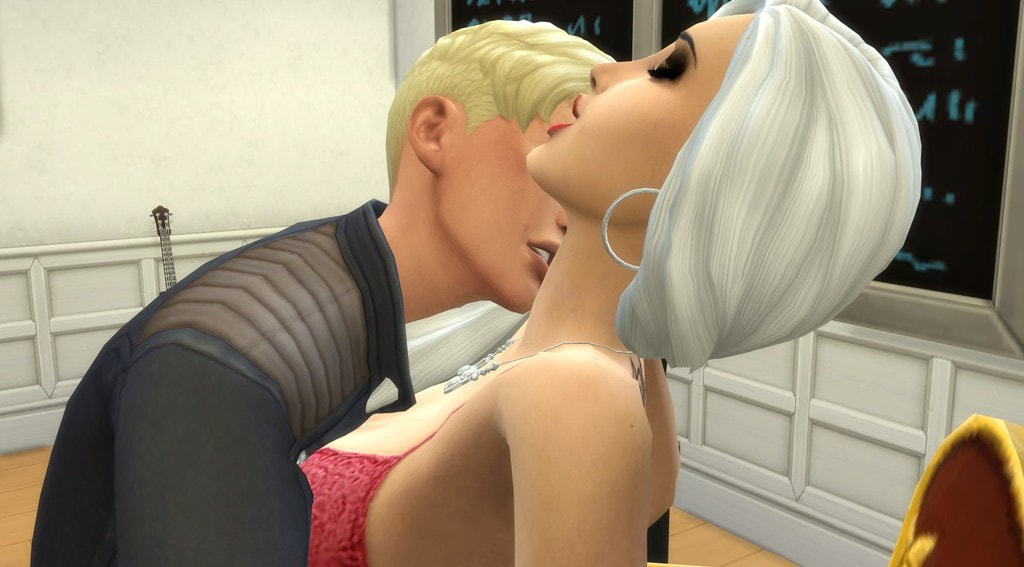 After we finished, it took everything I had to pull away from her and help her get her pants back on. Grabbing her outside the door, I breathed, "That was fucking amazing." Then crushed her in a kiss that left me wanting to race back in the music room and stay until 3rd period. I'd never met anyone like Etoile--she had to be like one in a million. Hell, I couldn't believe I this lucky. 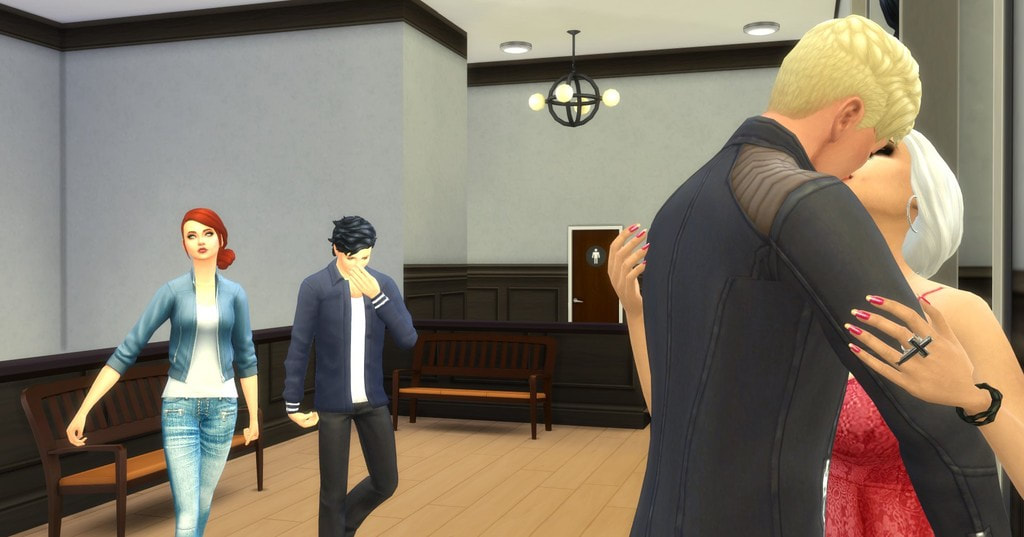 "Oh my God! They're like rabbits," I heard Amber's irritating voice jolting me back to reality.

Ethan snickered, but I didn't care. I was with this gorgeous, wonderful girl, kissing her, and buzzing in full on bliss. 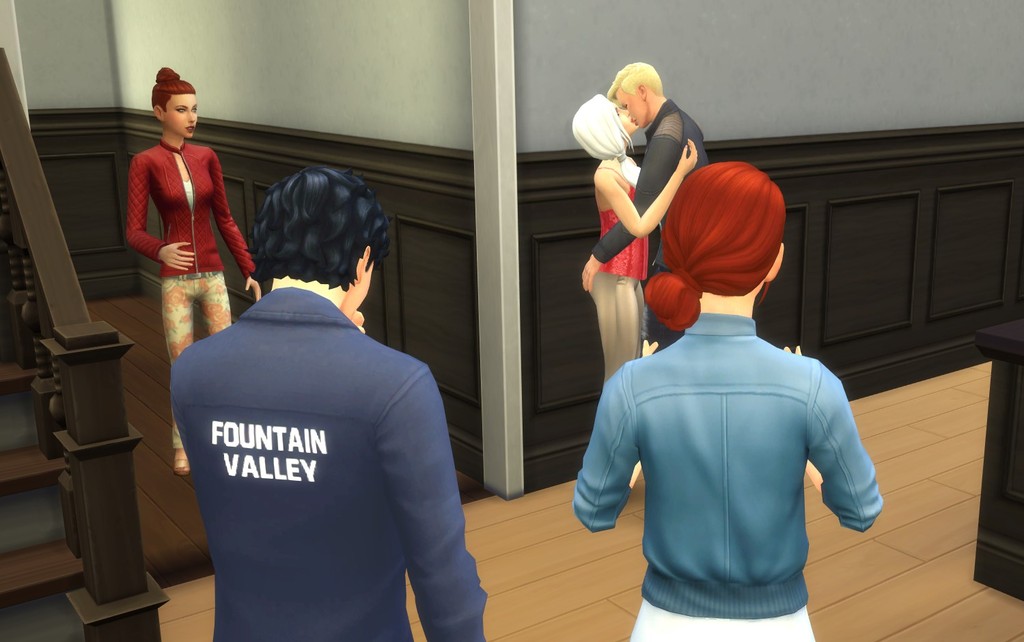 Trapping me with her hypnotic stare, Etoile said, "So...does this mean we're going out?"

Already drowning in her silver pooled eyes, I heard myself say, "You got it."

"Good," she said, shooting me that impish smile of hers then I watched helplessly as her hips sashayed away, totally mesmerized by what just happened.

Ethan clapped me on the shoulder and said, "Dude, you're fucking toast." 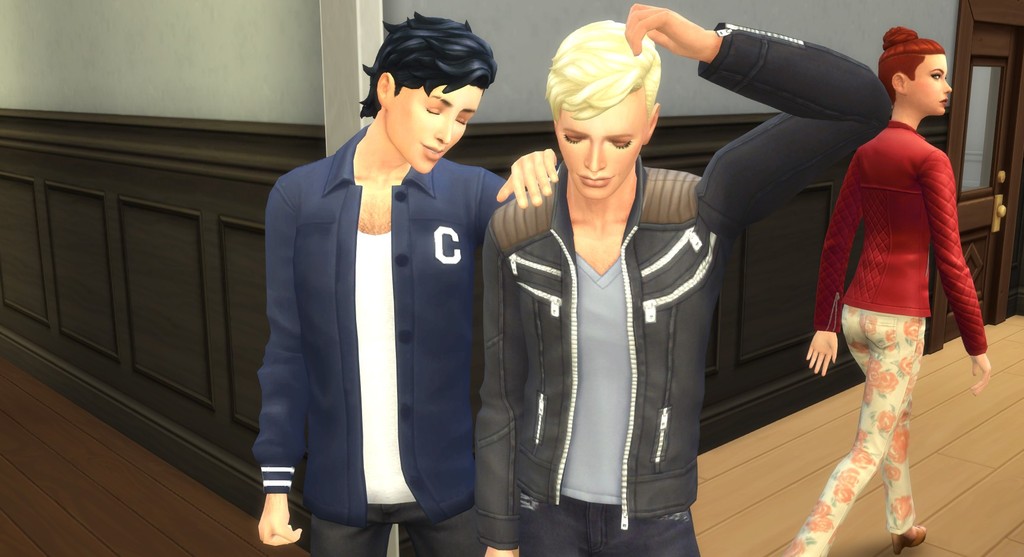 "Jerk," Amber spat as she marched toward me.
​ 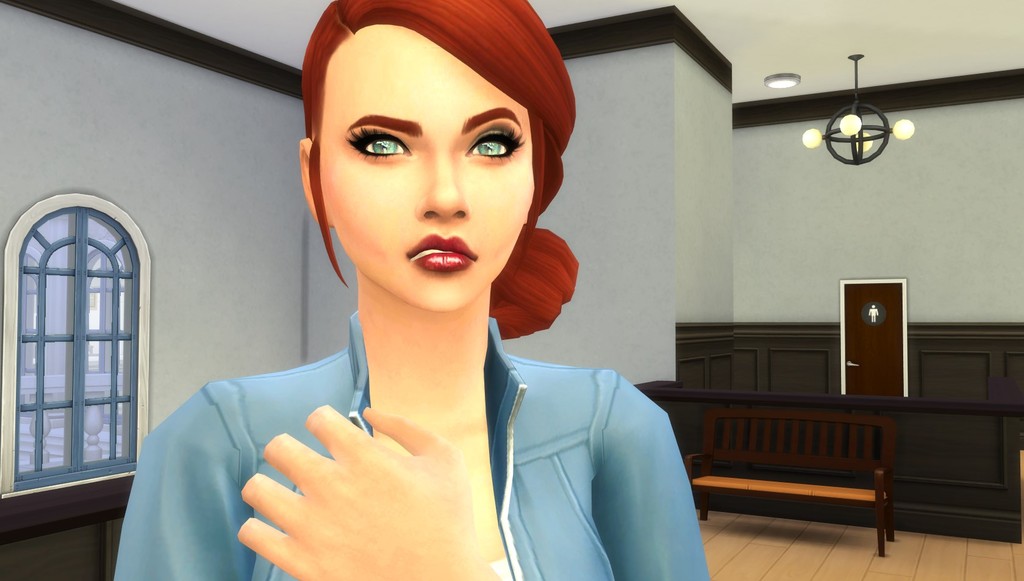 I was tired of Amber's attitude. Crossing my arms, I said, "Listen, I don't get why you hate me so much, but it'd be nice if you wouldn't call me names every time I saw you. What the hell did I do to you anyway?"

Poking me in the chest, she said, "It's not what you're doing to me, it's what you're going to do to Etoile." 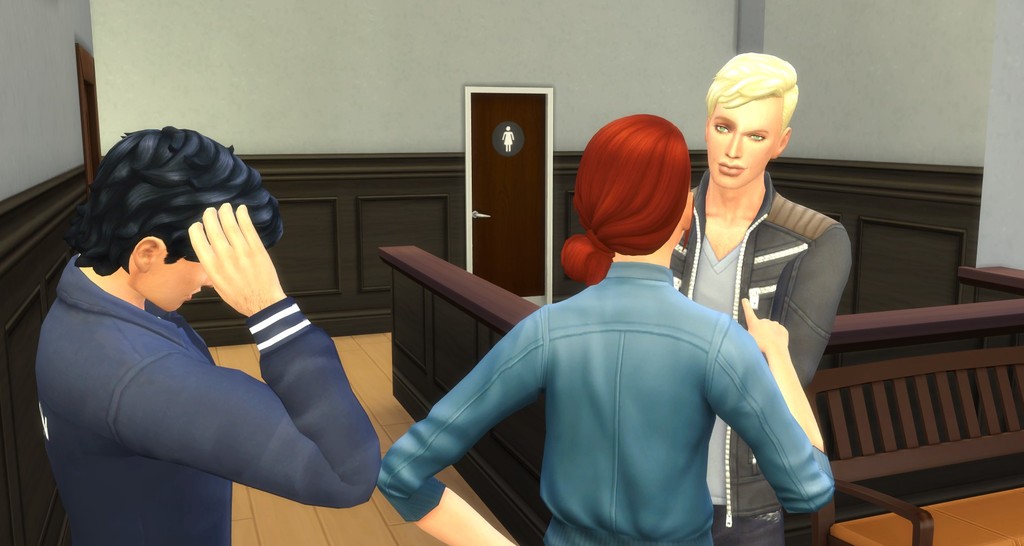 "Guys like you are all the same. They get turned on by Etoile and her wild ways then once the newness wears off, you're going to dump her like all the rest. So let me put it this way. If you hurt her, you're going to have to deal with me, asshole."
​ 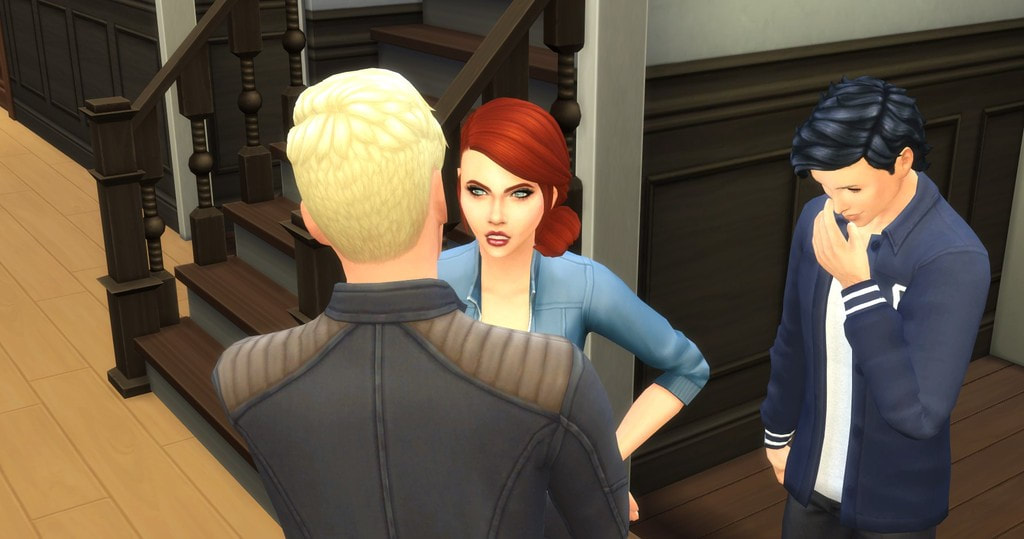 Then reality hit me full force. I realized I just told Etoile we were exclusive, and I didn't know a damned thing about her except she was a good lay. Shit...what was I doing? 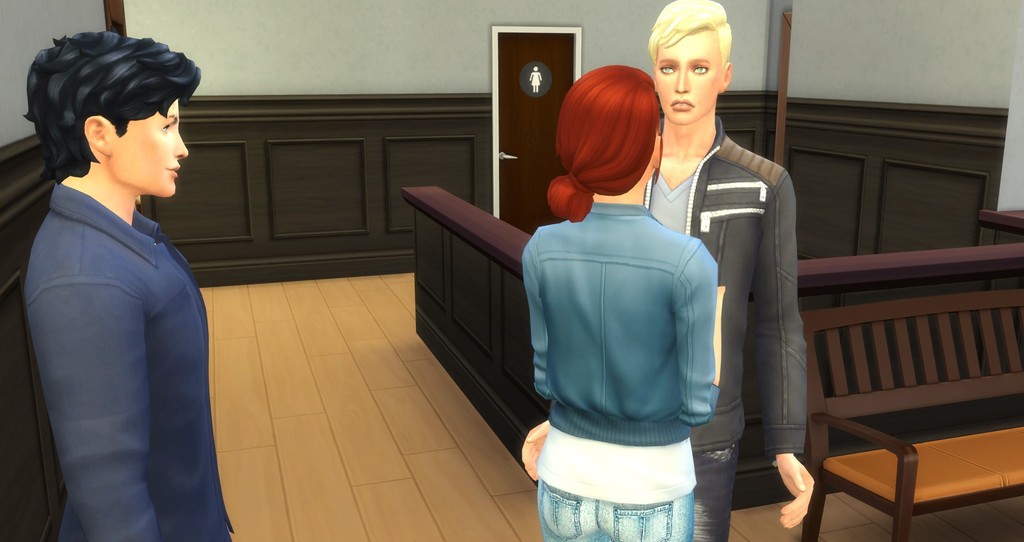 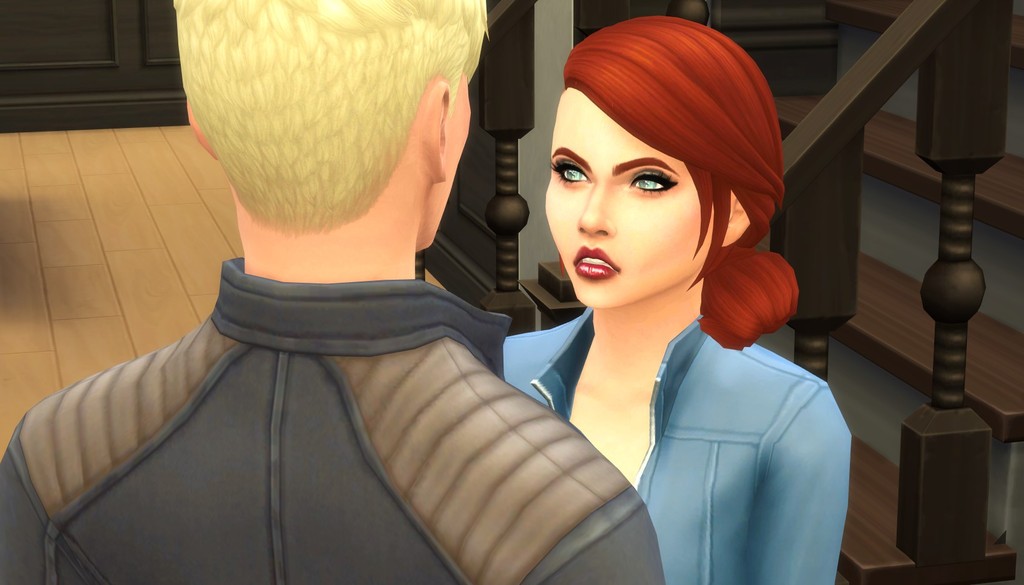 "No...I...uh...hell, I mean, we don't know each other very well," I said, trying to defend myself but sounding like the asshole she thought I was.

"Oh, so you don't mind FUCKING girls you don't know well, and then dumping them on the side of the road like a box full of newborn puppies. I get it. Well, let me give you some advice, prickjob. Why don't you try to get to know the beautiful, unique person Etoile is before you lay another hand on her. You might realize she acts the way she does for a reason. And when you do open that door and find out it isn't full of roses and butterflies and huge boobs and wet dreams, maybe you'll actually turn into a decent human being instead of a first class douche." She pushed me and said, "Get out of my way!"
​ 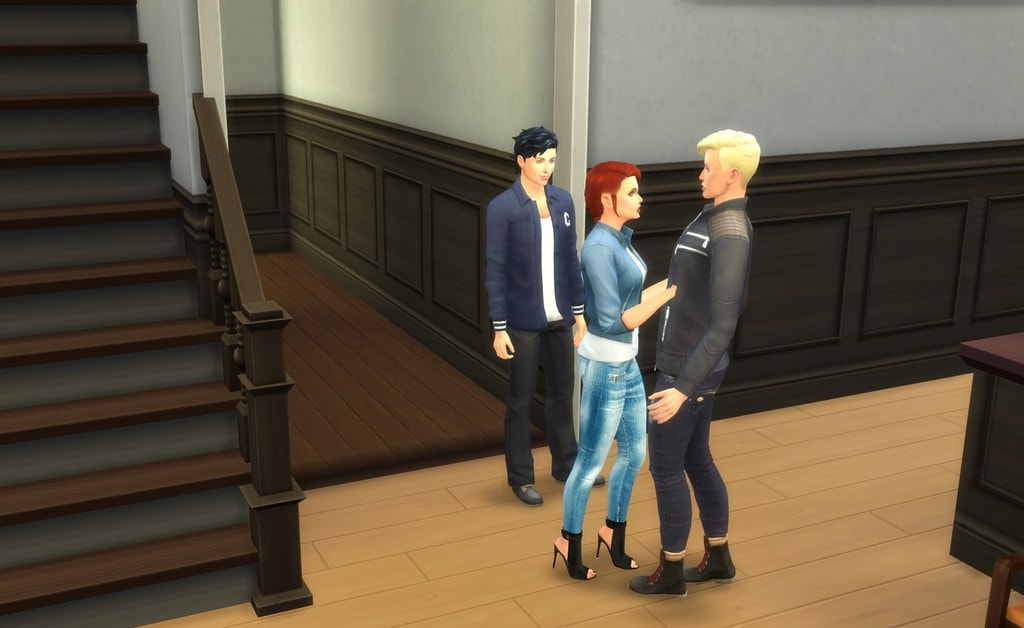 Reeling from what felt like a whip thrashing, Ethan said, "See, dude? Toast."
​ 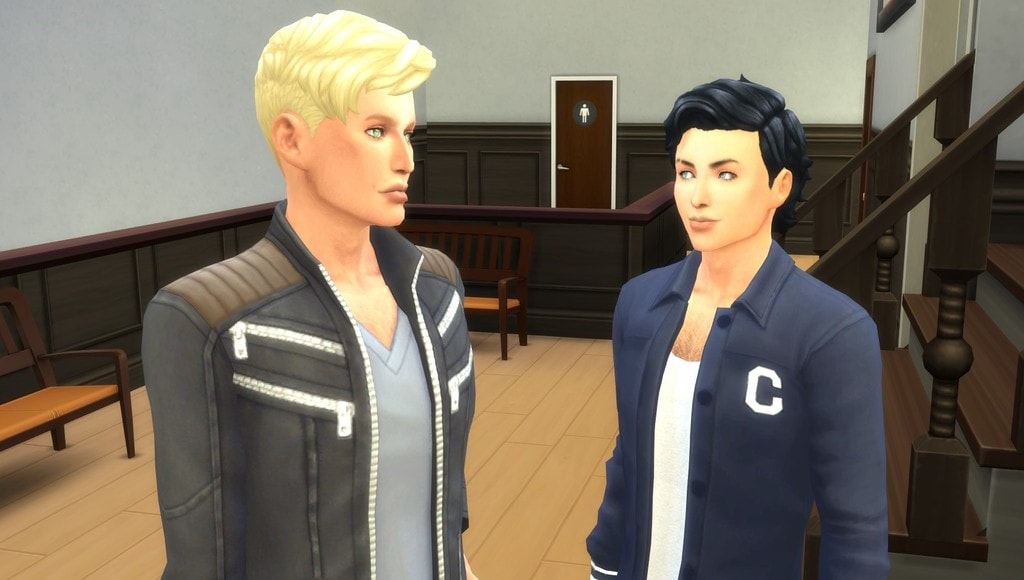 "My God. What was that anyway? Etoile's bodyguard? It's not like she didn't come onto me like a freight train. What was I supposed to do?" 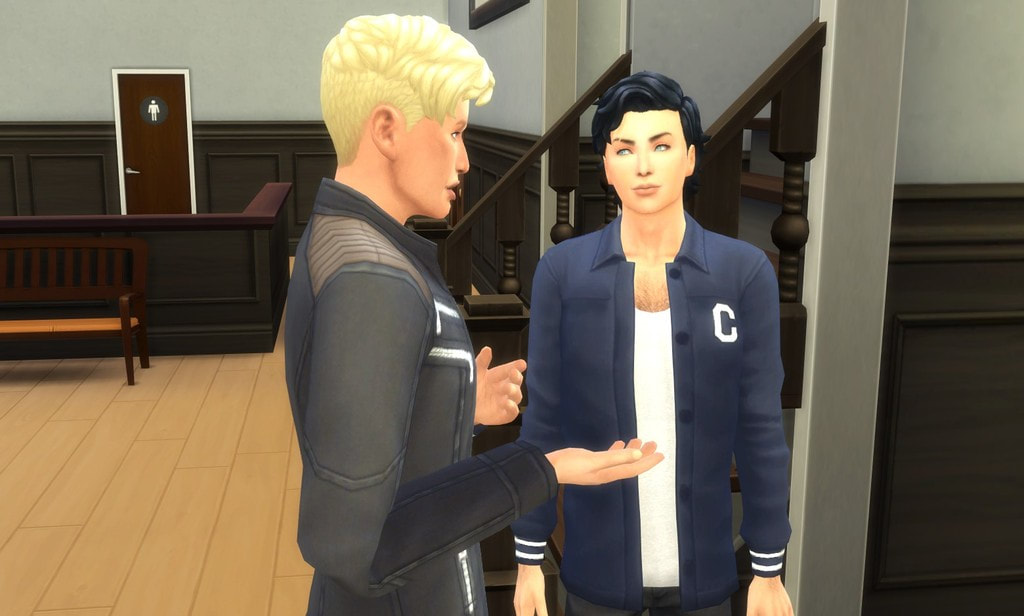 "Would you have said no?"

"Uh...yeah, but I know her and you didn't so you were totally screwed from the beginning. I should have warned you about her."

That didn't sound good. "Warned me about what?"

"Well, the girl's trouble and I'd stay away. Far away. There's nothing good that can come from your relationship. I promise. They don't call her the black widow for nothing."

"What? Does she kill them or something?"

He laughed. "No...it's just...she smothers you until you've got to leave. Don't listen to Amber. Etoile is crazy once she gets her hooks into a guy she likes, and I can tell she really likes you."
​ 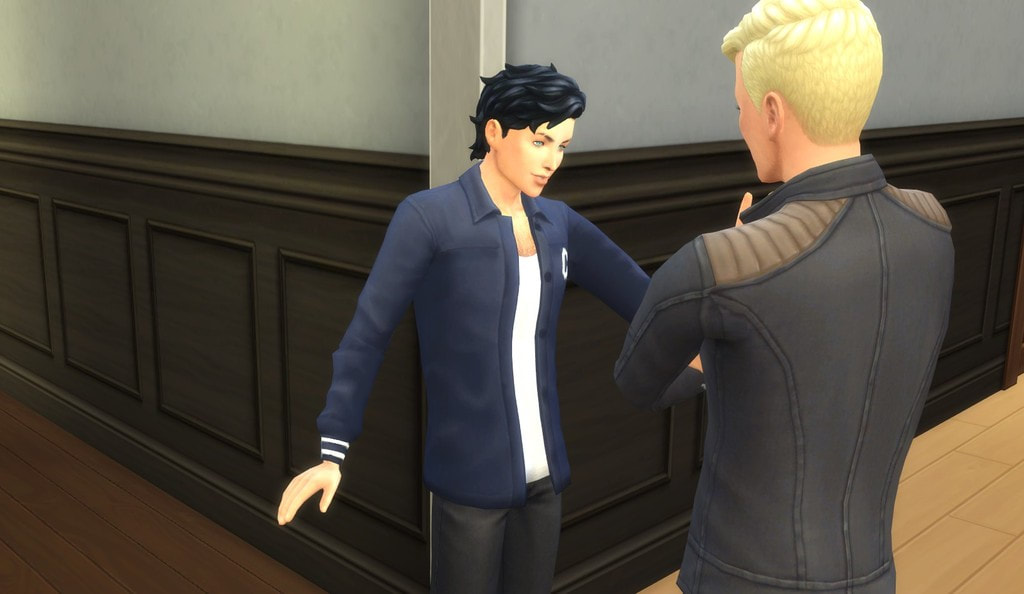 Suddenly, a piercing pain shot through my head. "Shit." What the hell did I get myself into? 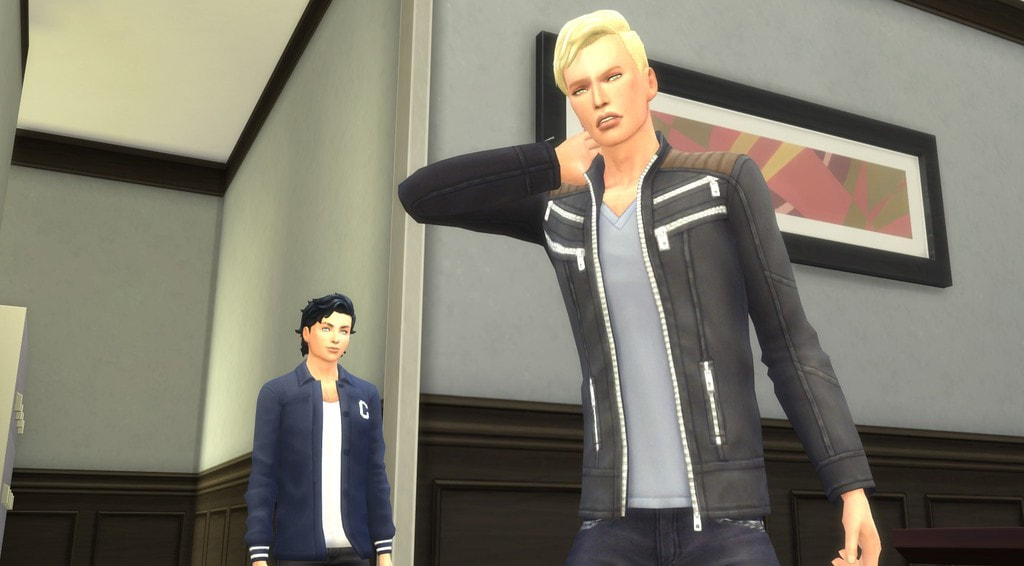