We drove up to an enormous mansion lit up by liquid lights. My stomach was tied up in so many knots, I felt like puking. What if Kyle walked in while I was taking his clothes?
​ 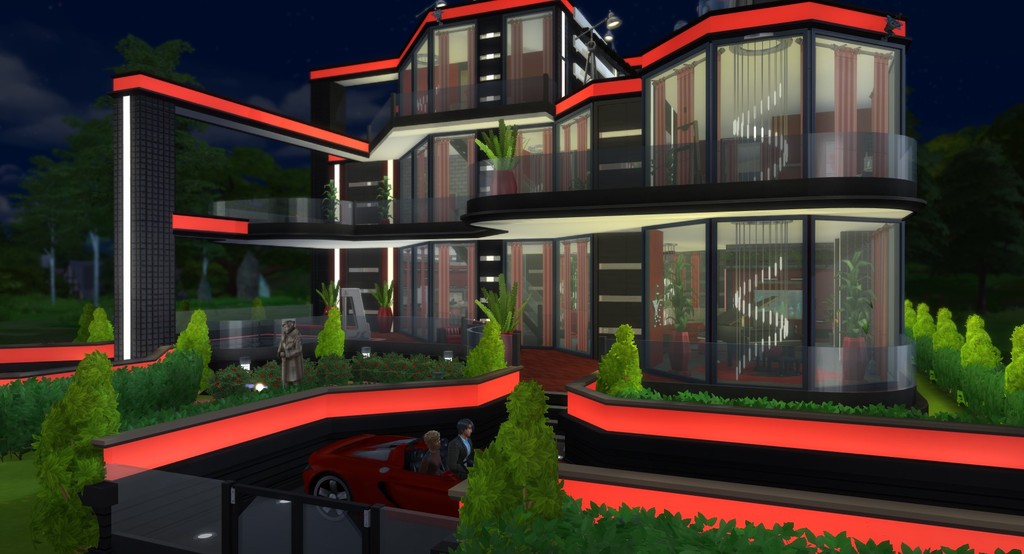 Knight eyed me and asked, “Are you okay?”

I ran my fingers through my hair. “I-I’m not sure about this. I mean...can’t we just go to a pizza joint or something?”
​ 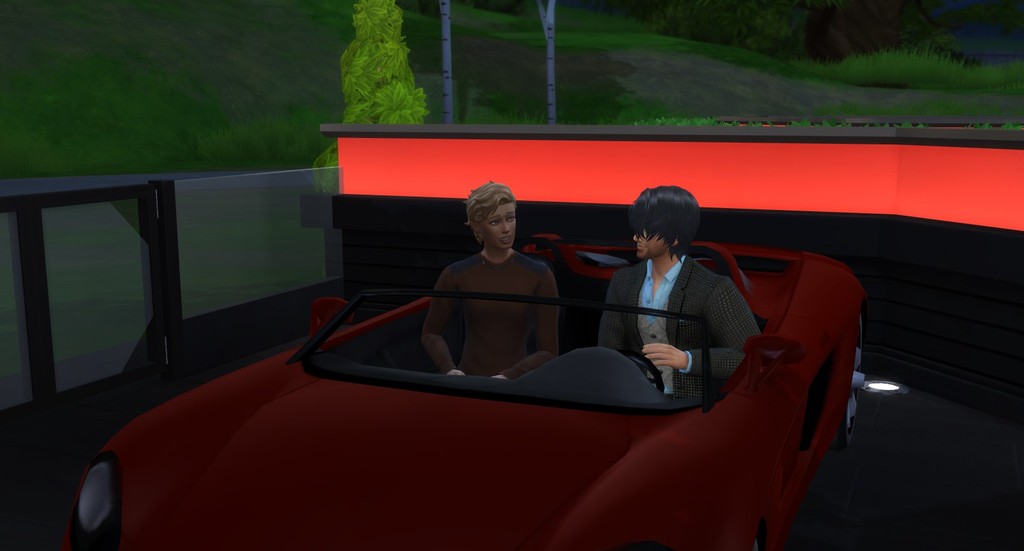 ​Letting out a sigh, Knight shook his head. “Well, I’ve got reservations at this place and I hear it’s amazing. I’ve never been there. Why all the fuss over borrowing something? Is it hurting your pride?”

My face heated up. When Knight stared at me like that, alarms went off, banging on my head. Unbuckling my seat belt, I said, “No. Come on. Let’s get this over with.” If I was going to make enemies with the Richardson’s, I might as well go out with a bang.

As I entered, my mouth flew open. “Wow. I never imagined anyone could live like this.”

Knight’s deep voice laughed behind me. “If you think this is great, you should see my father’s place.”
​ 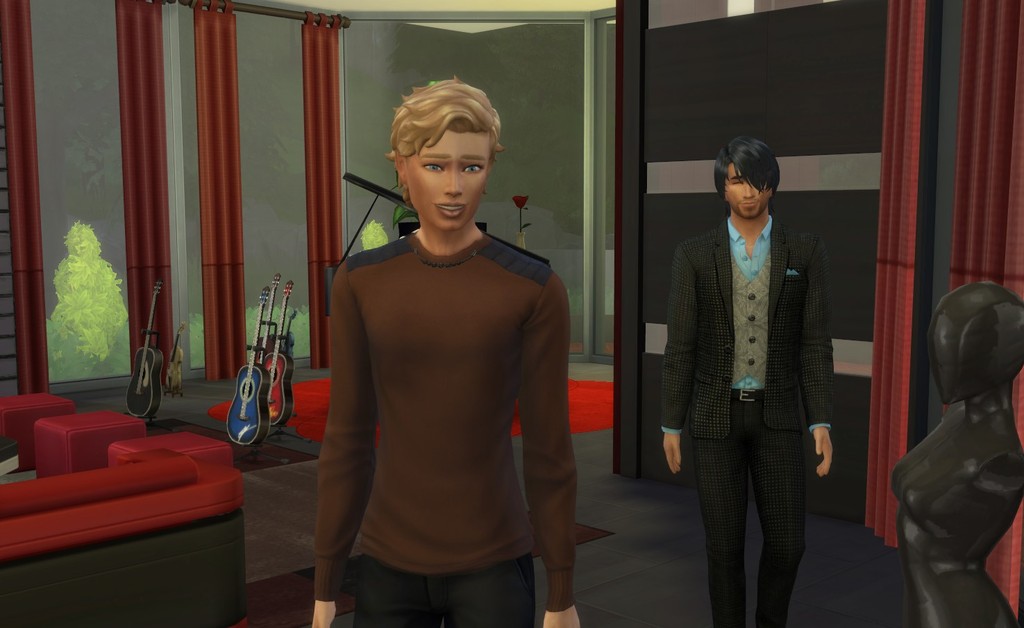 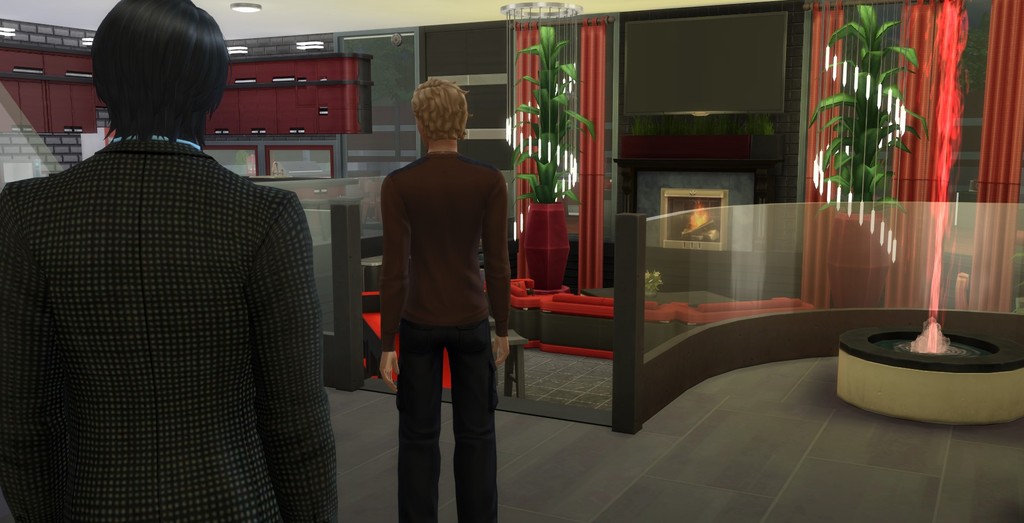 Tapping me on the shoulder, Knight said, “Hey, Alex. My brother’s room is upstairs.” 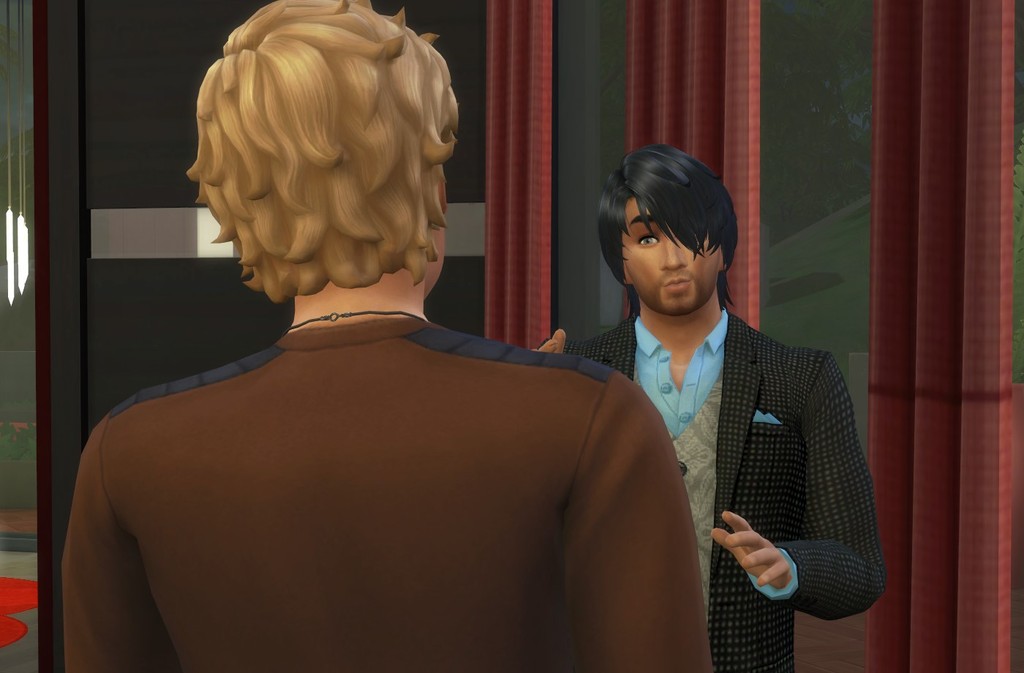 Flies seemed to buzz inside my stomach. This was it. I felt like I was walking upstairs to my doom.

I squinted as I entered, picturing Kyle with a huge black eye waiting for me on the bed, but just as Knight had told me, he wasn’t there.

Walking toward the huge picture on the wall, I cried, “Hey...isn’t that the same print that’s at the gym?”
​ 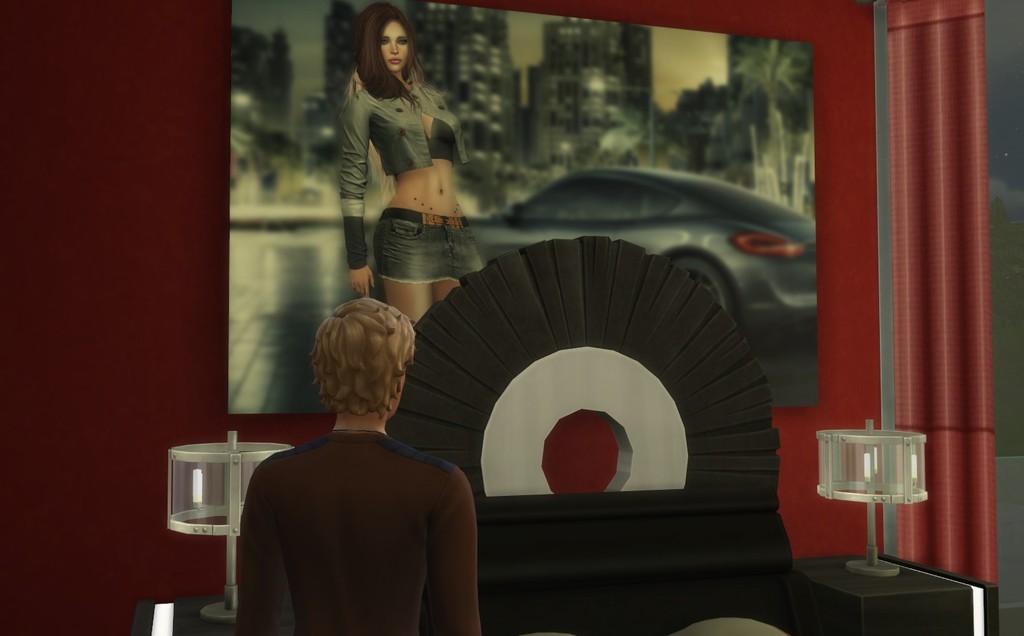 “Yeah,” Knight said, coming up next to me. “She’s gorgeous, huh?” Then he smirked. “Oh but I guess you wouldn’t notice since you like men.” He laughed.
​ 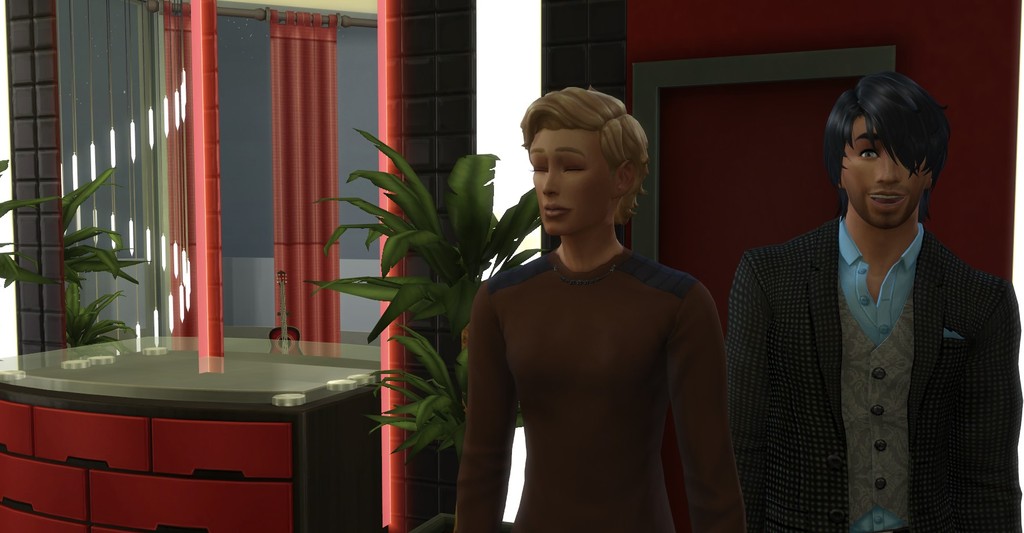 Ignoring his jab, I said, “I wonder why Kyle has this same picture.”

Shrugging, Knight answered, “It’s probably because my family owns the gym and that woman is...well...” 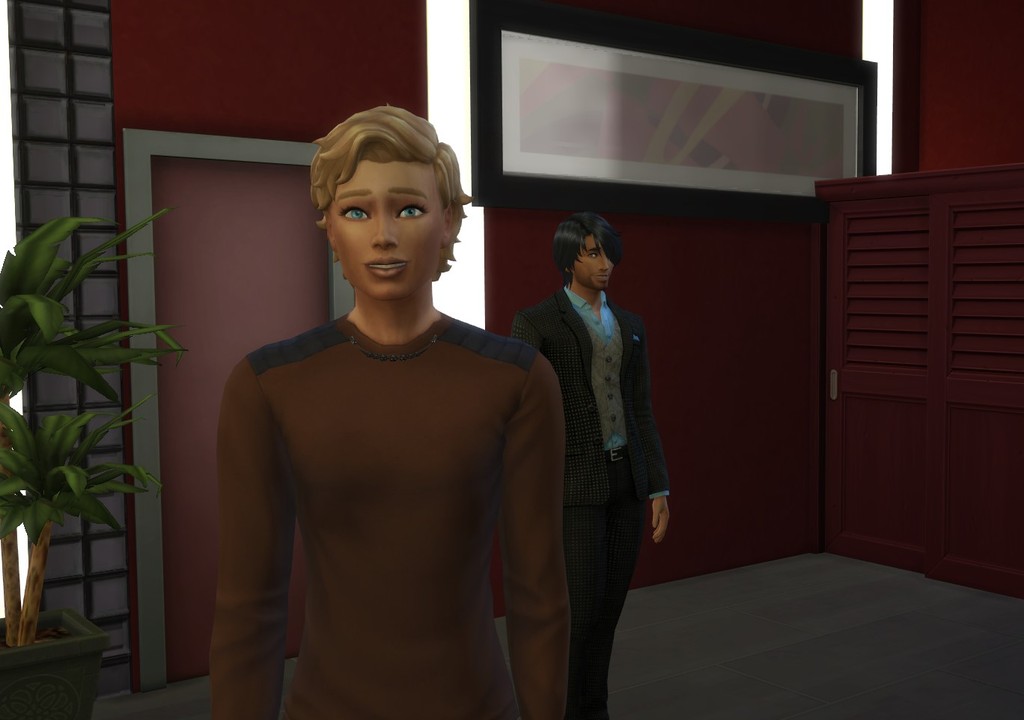 Knight chuckled. “You sound like my father. Hey, kid, the closet’s over here.”
​ 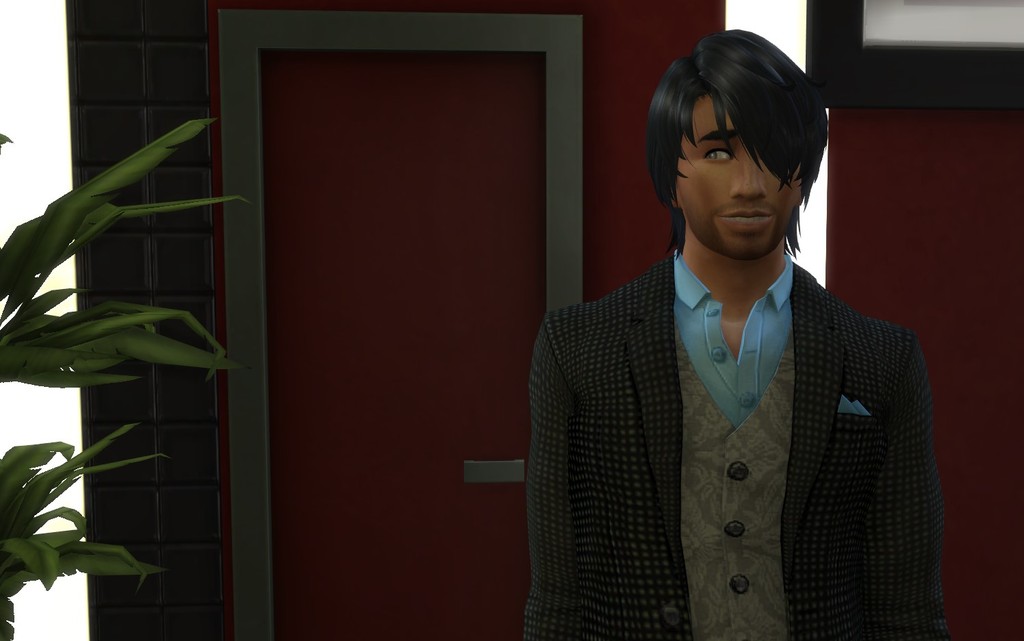 I bumped his shoulder with mine as I went past.

“What’s that for?” he asked, rubbing it.

“That’s what you’ll get every time you call me a kid.”

Sliding the door, I couldn't believe all the suit jackets and vests and pants hanging there in an array of colors.

“Pick out something good, Alex. I don’t want to waste any more time.”
​ 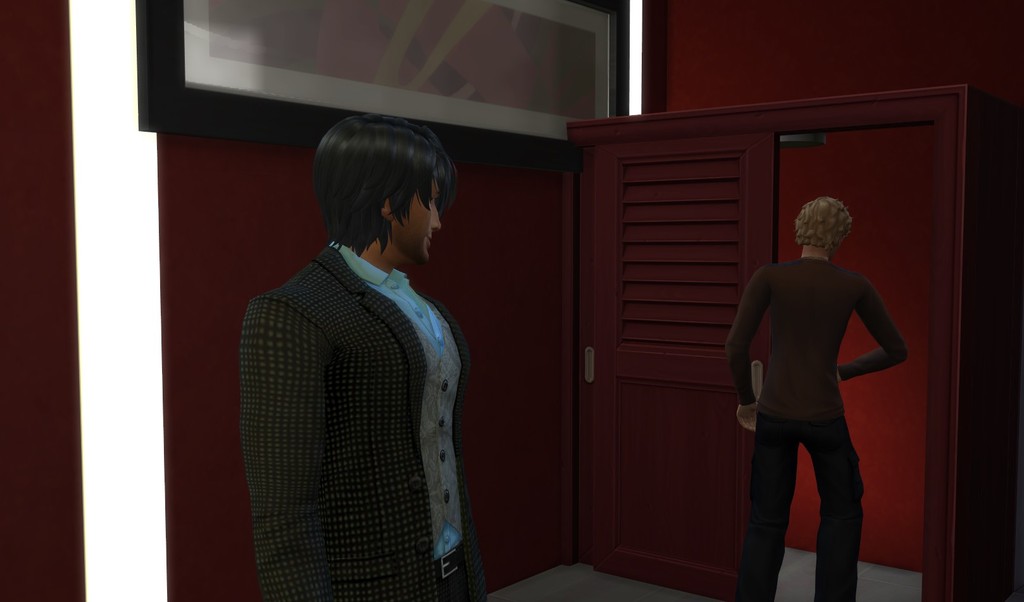 ​I found a suit in my favorite colors and quickly shrugged into it. It fit perfectly. Opening the door, I asked, “What do you think?” 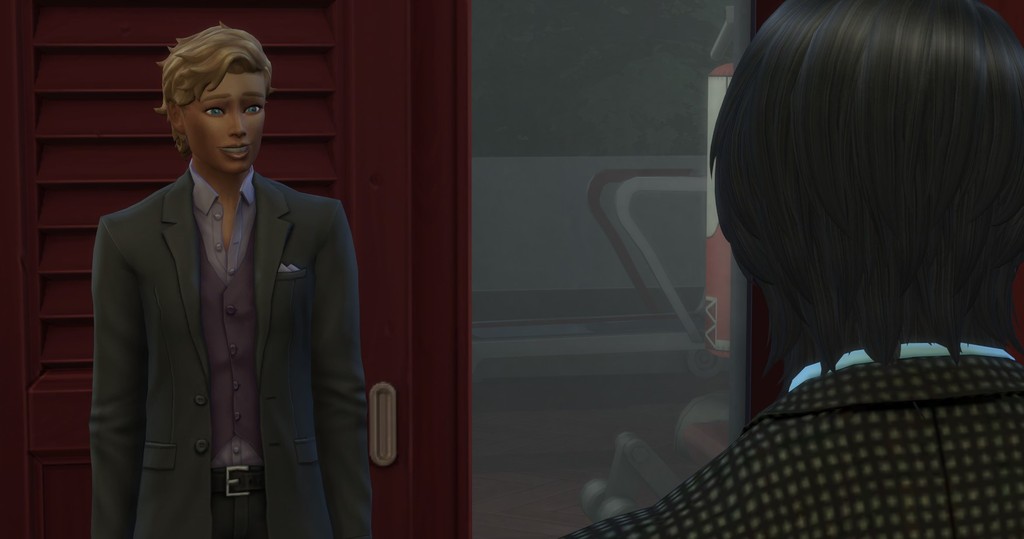 “I’m going to start calling you Shaggy Dog if you don’t get that idiotic hair out of your face. You’re going to get food in it.”
​ 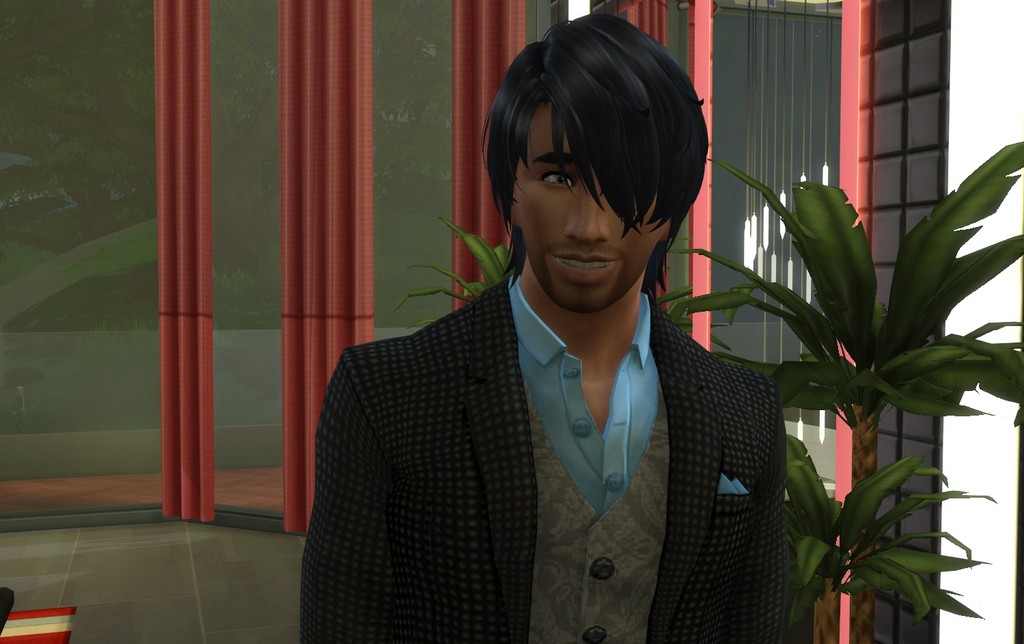 ​Rushing over to the mirror, Knight whined, “What? You don’t like this style? I thought I did it perfectly.” 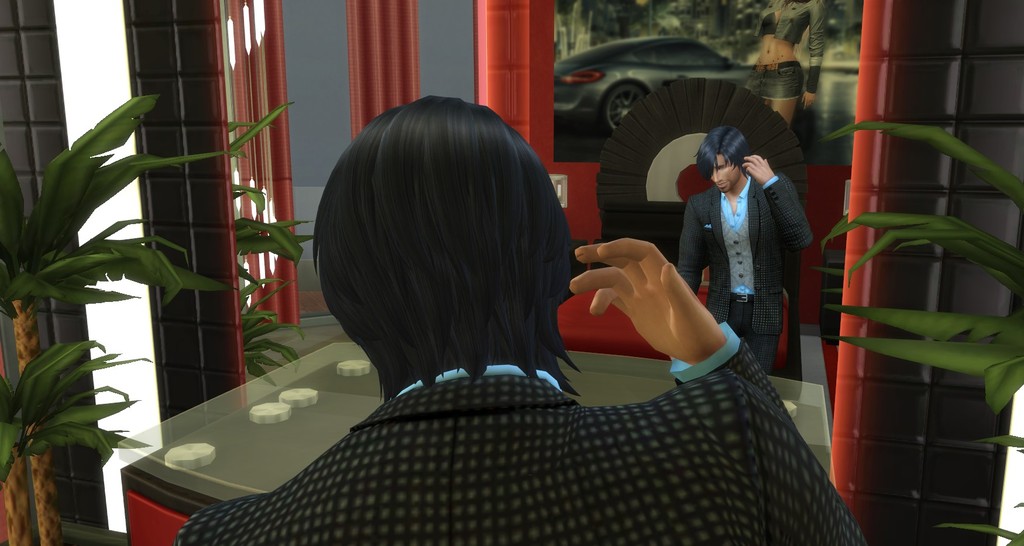 “Okay, okay.” Rubbing in some gel, Knight slicked back his hair.
​ 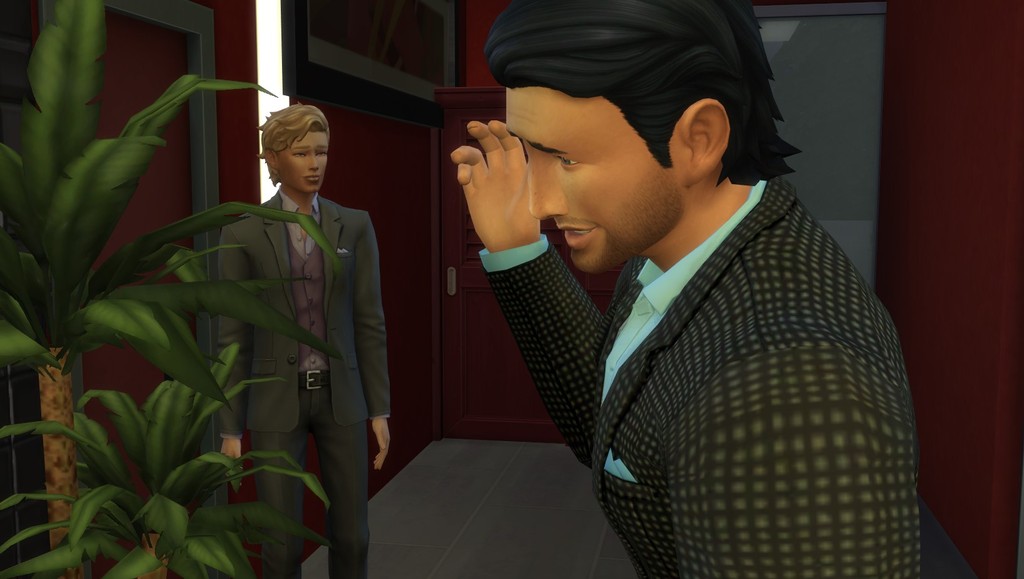 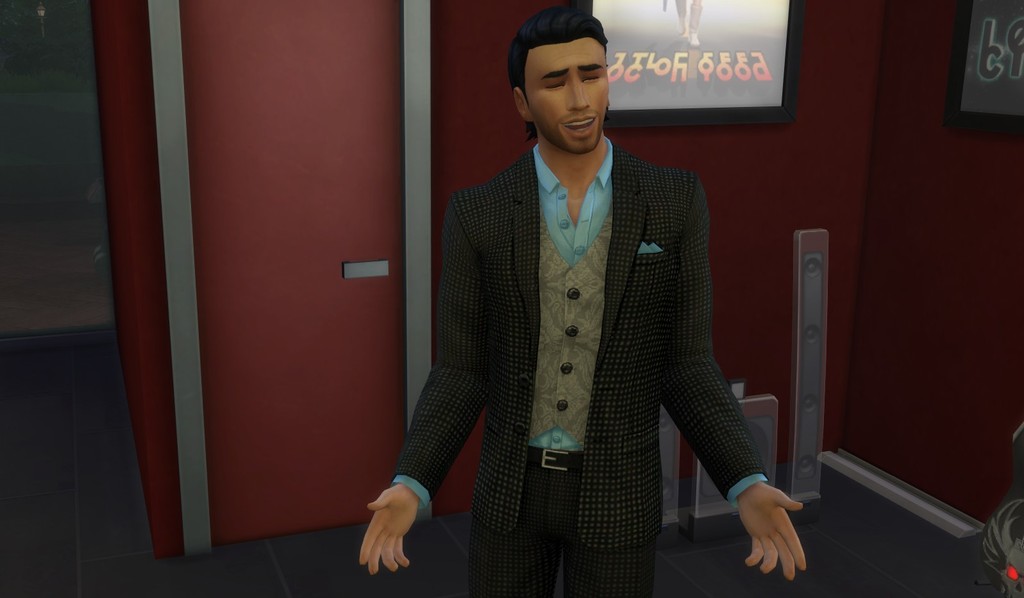 I curled my lip and patted his shoulder. “Not a good look, but I’m hungry. Let’s go.”

When we arrived at the restaurant, my eyes widened. “You rich guys live a hard life.”
​ 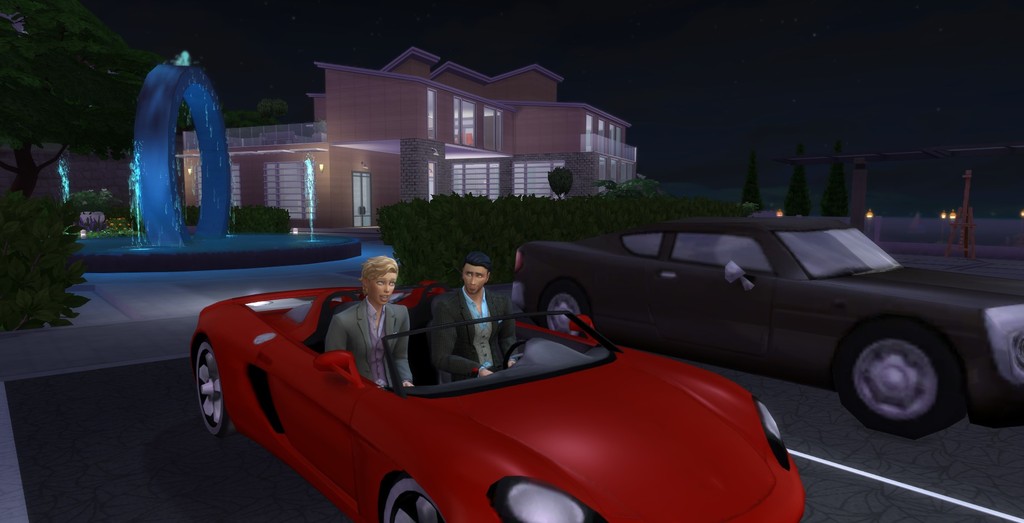 The hostess welcomed us as we entered. “Yes, Mr. Richardson. We have your table ready. Right this way.”
​ 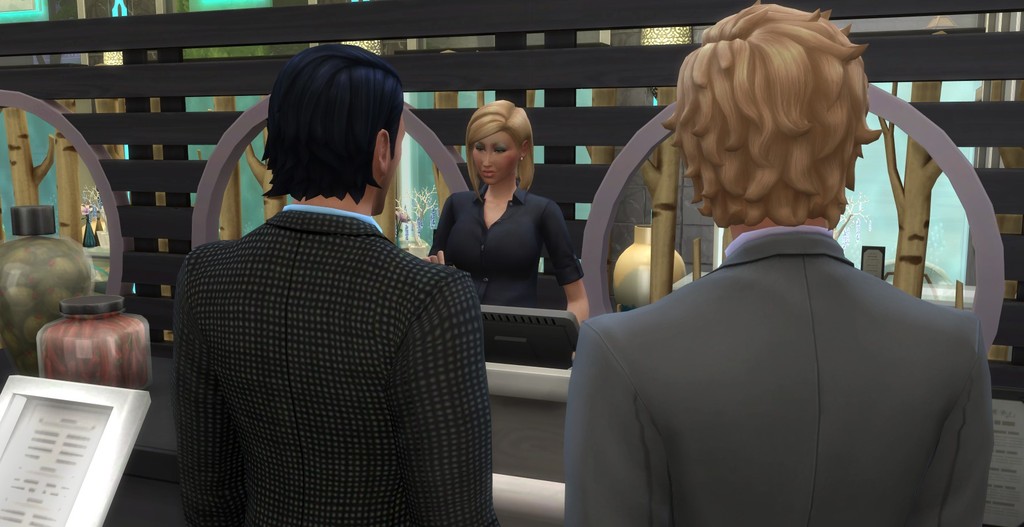 I couldn’t believe the décor of the place. I felt like I was in a winter wonderland under the sea. And Knight looked so damned good, I felt tongue-tied. Rubbing my hands on my pants, I tried to stop them from sweating. “H-Hey, this place isn’t a dump. That’s for sure.” 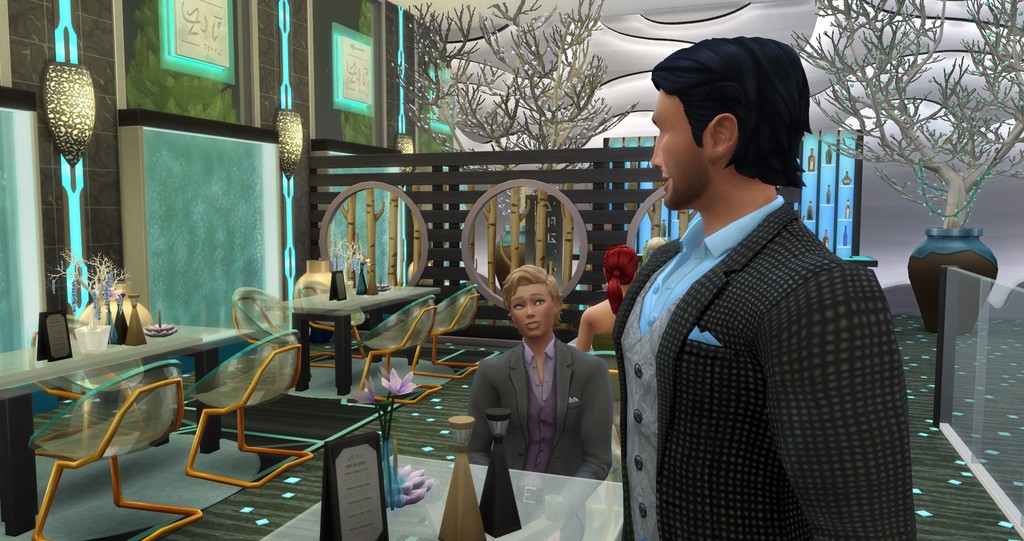 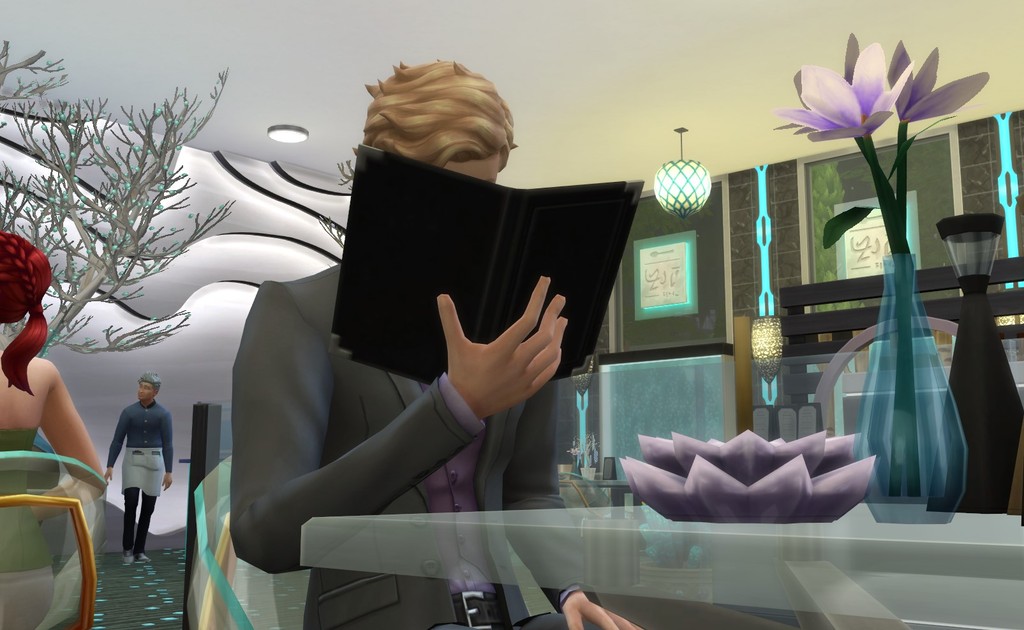 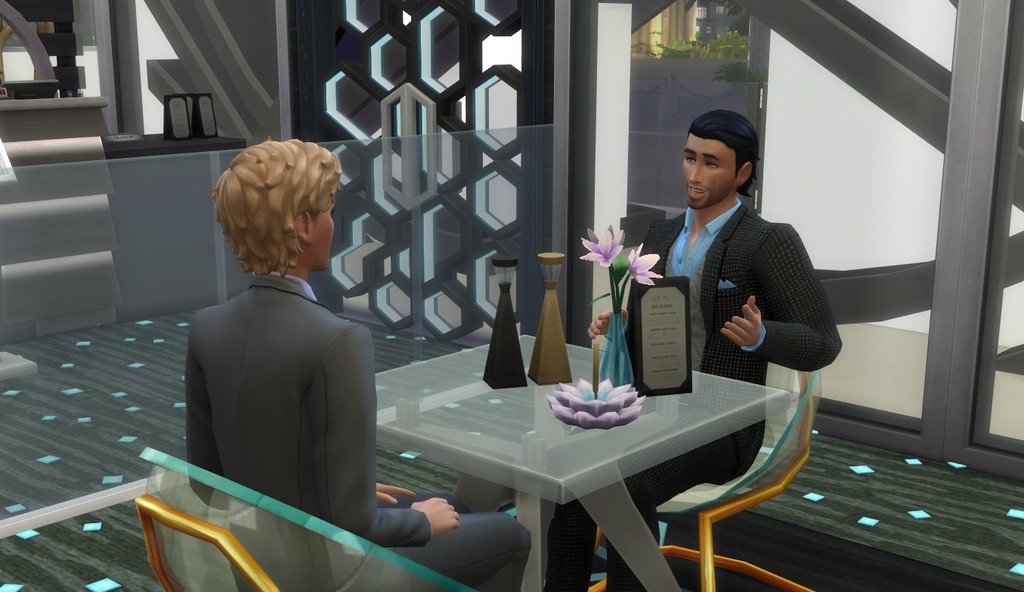 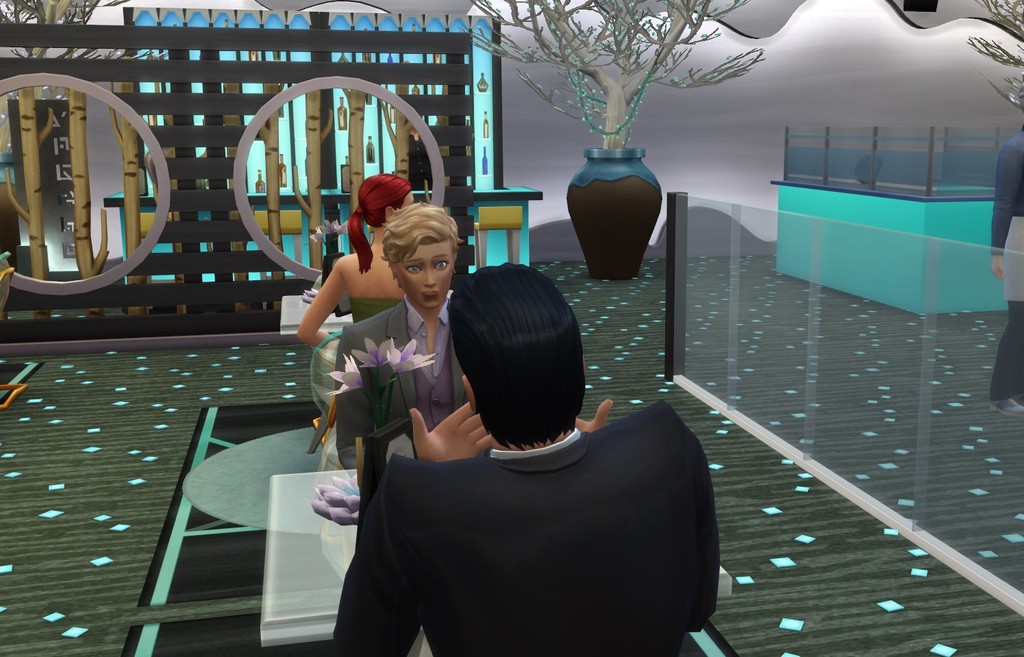 “Listen, we’re paying for the atmosphere and the exclusive chef. It’s more than food. It’s the experience.”

Not wanting to argue the point about how many starving people we could feed with that one ridiculously overpriced salad, I fiddled with my napkin.

“So...tell me, Alex, about how you got started in mixed martial arts. I’ve always admired guys who did that. Watching it on tv, it’s a beat down for both men. Why isn’t your nose all shredded? You’ve had to have broken it hundreds of times.”

Shaking my head, I explained, “I’ve never lost, so I’ve never broken my nose. I mainly get my opponent to the ground and force a tap out. Boxing really isn’t my thing.”
​ 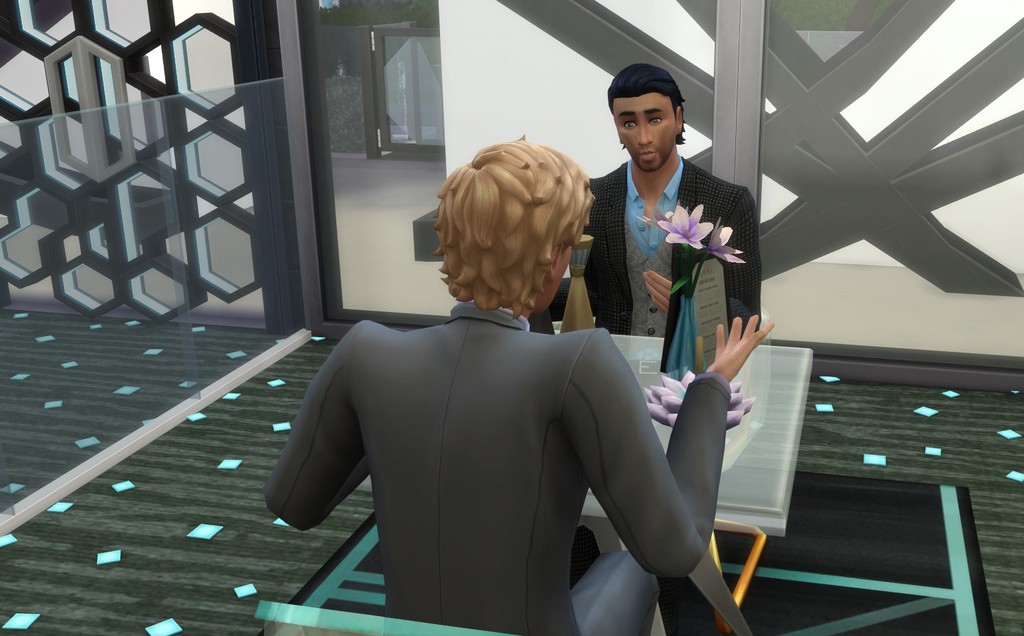 “You could have fooled me with what I saw in the gym.”

I lifted the side of my mouth. “You didn’t see much.”

When he said that, my face heated up as my heart pounded. I couldn’t say anything.

“Could I watch you train sometime? Maybe see you take someone down?” 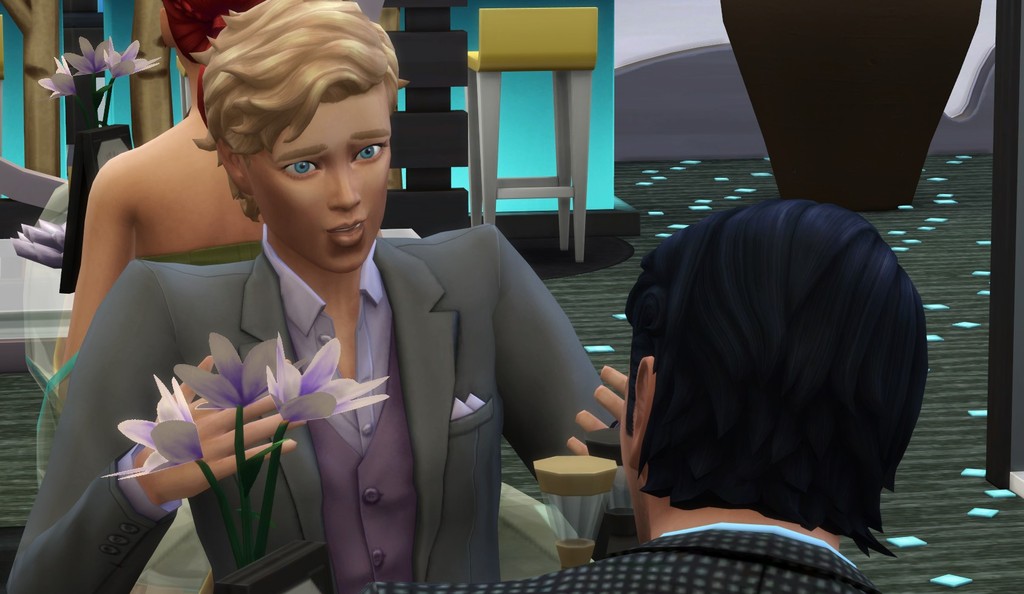 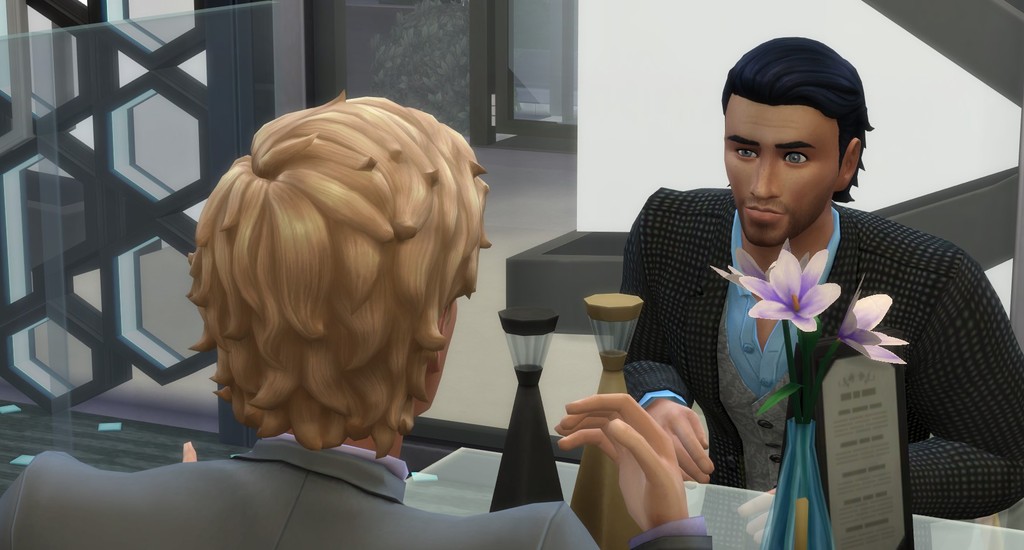 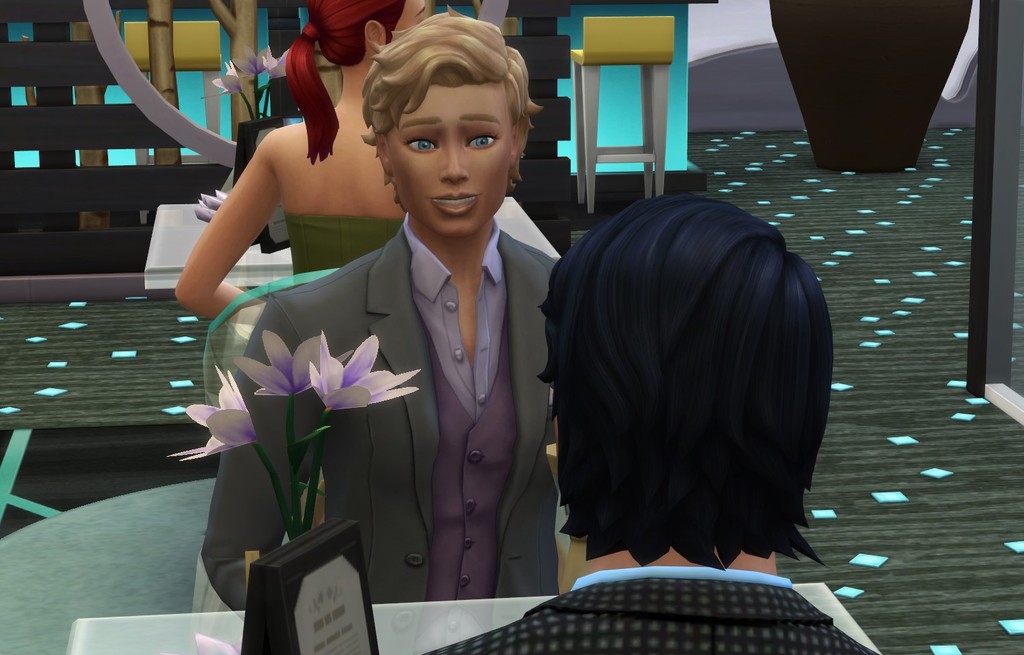 During dinner, we learned about each other. Knight is the heir to a ten generation legacy and his father is really his uncle but since his real father died when he was only ten, his uncle took on the role. His mother wasn’t in the picture. Not sure what happened to her. I didn’t ask. I didn’t want to open old wounds inside myself about my own mother.

I told him about how Bri and I had to scrape by once my father passed. I didn’t tell him my dreams. He was so passionate about my MMA that I couldn’t let on I wanted to do something else.
​ 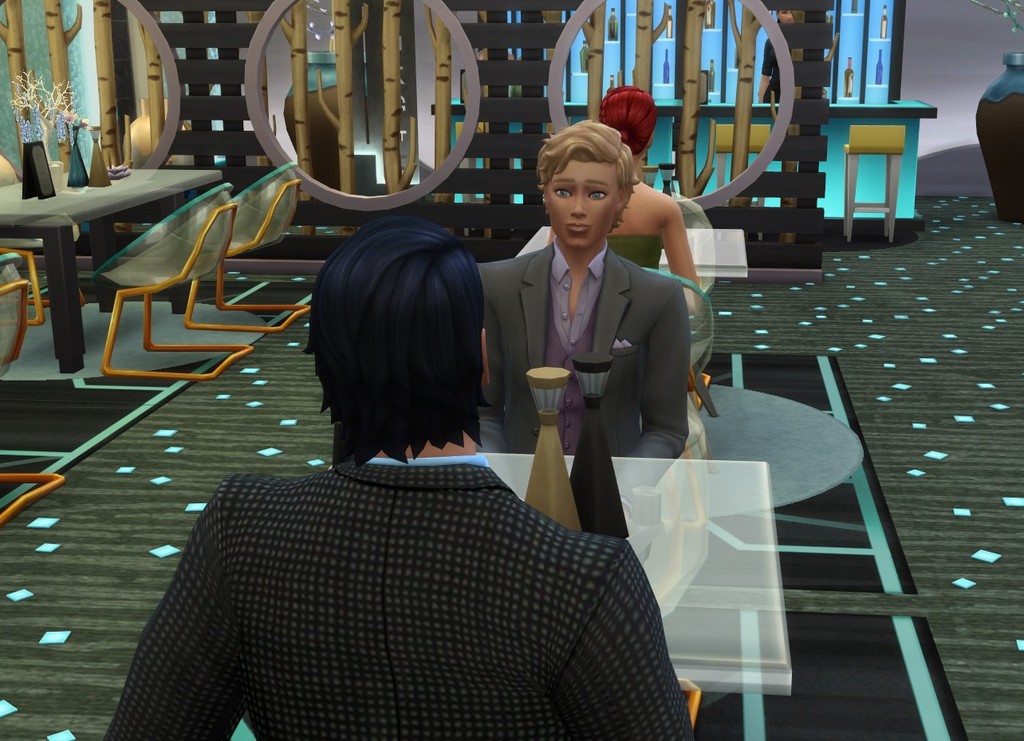 After we’d finished, I didn’t want the night to end because to be honest, I couldn’t see us hanging out. It would be too uncomfortable for me and besides, we were from two different worlds. No. Make that two different planets.

I got up and asked, “Lets get some drinks at the bar. I’m not in the mood to go home yet.”

The more I got to know the kid, the more I admired him. He seemed to be the exact opposite of me. Even though our lives seemed very similar, he went through way more than I did. First of all, I hated my real father. I never even had a moment of grief when he died. I loved my uncle more and was relieved when I heard the news. And my mom? I never knew her. I could never get a straight answer from anyone in my family about what had happened, but my dad was such a fucking douche that I wouldn’t blame her for leaving him.

Something happened to Alex with his mother. I have no idea what it was but his face went white when I asked him what happened. I guessed I was getting too nosy. He doesn’t know me after all. But there was something about Alex that made me want to open up to him. Like there was this instant connection. Something I’ve never had with anyone.

It made me uneasy.

Alex’s voice startled me. “Let’s have a dessert with wine, okay?”
​ 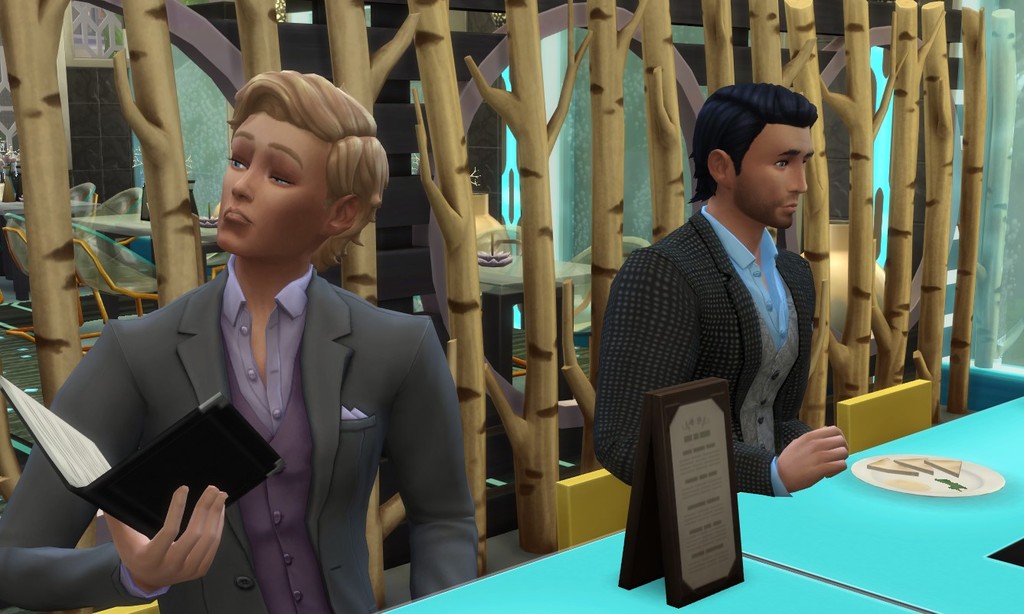 After we’d finished eating the best molten lava cake with port wine, I laughed, feeling better than I’d had in...well...years. “I can’t wait to tell Kyle how you look way better in his suits than he does. I’m going to nag him to give you half his wardrobe. He never wears it.” 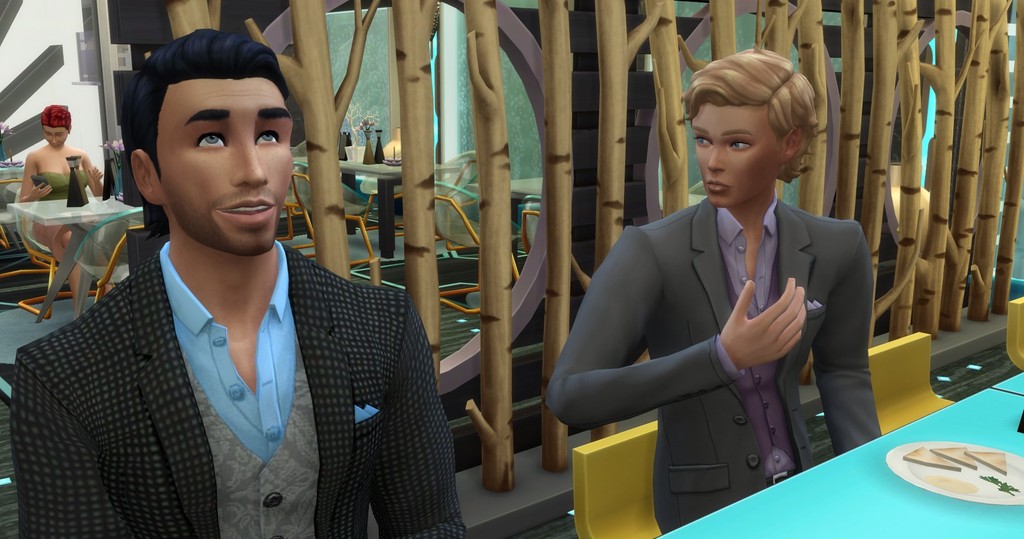 Taking a huge breath, Alex folded his hands, not looking at me. “Um...well...I-I need to tell you something. I should have come clean with you about it right away, but I was...scared. But now, I just can’t put it off. If you get mad at me, I’ll understand and if you’ll never want to see me again, that’s cool, too. I just...”

Suddenly, my phone buzzed. It was my father. “Sorry, Alex. I’ve got to take this.” Pulling out my phone, I rose to answer it. “Yeah, Pops? What do you need?”
Author's note: Thank you to the amazing RABOOSKI for the Richardson boys' bachelor pad: COMMANDER'S DREAM.
Powered by