My sweet, lovely darling, Siobhan, was not about to let a grotty thug chase her off.

But it could get her in trouble. That was why I couldn't leave her like that even though my sister was blowing up my phone, telling me to come home straight away. 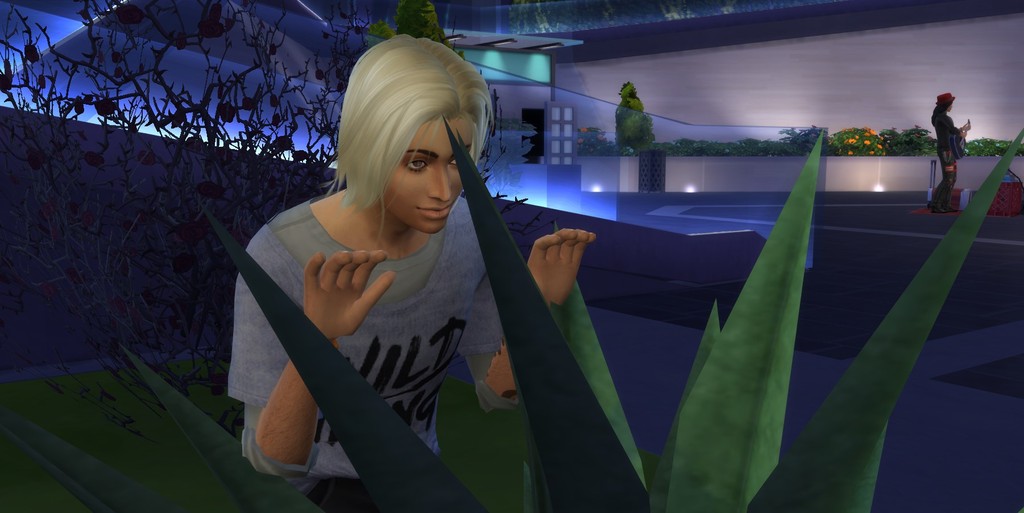 The Neanderthal was not bluffing earlier. His friend was a bloody cop after all. But she didn't care. 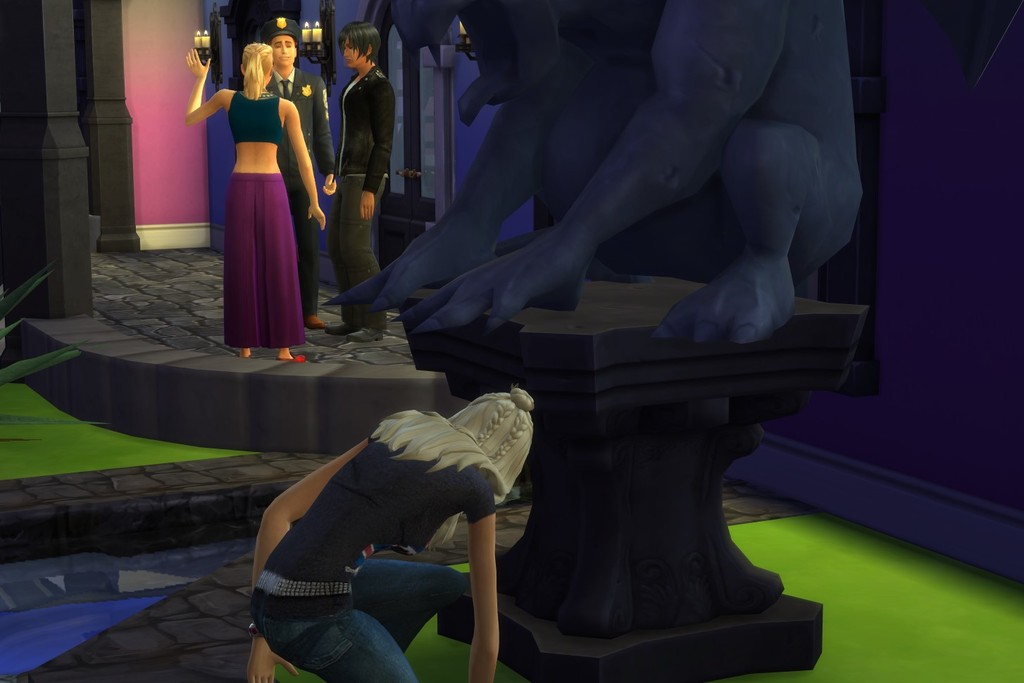 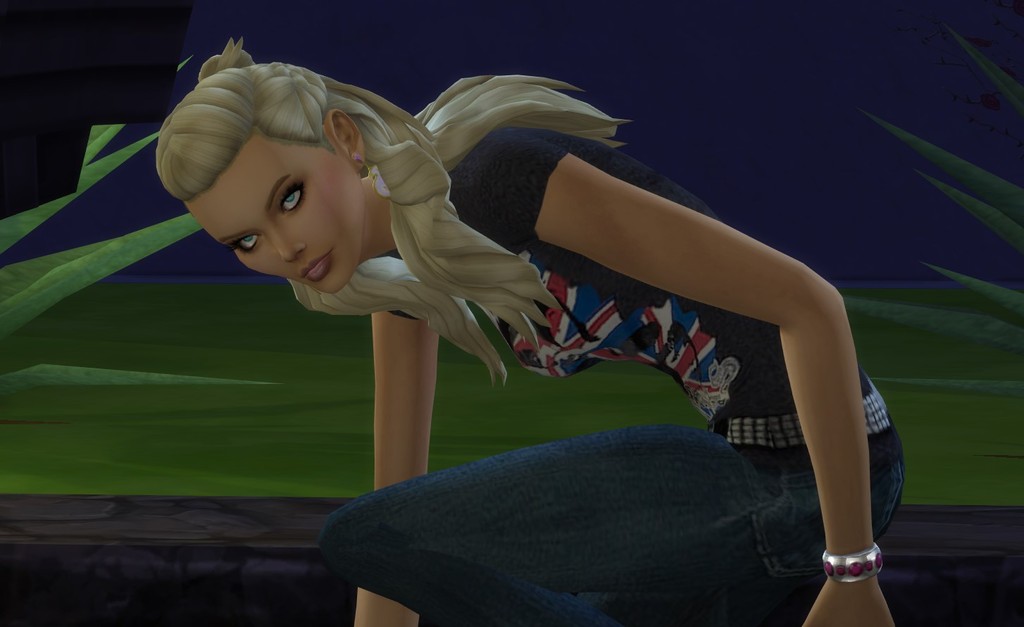 I normally didn't go out with Clarke and Lane, but screw it. Who was I kidding? I'd been so lonely lately that I decided one night of fun wouldn't hurt me.

Clarke rented out one of the top nightclubs in San Myshuno--the only way we could show up somewhere like that without paps and mobs. And he'd invited some girls to join us. While I hated Clarke's taste in women, these were better, at least. All were fellow musicians from an all girl band who fronted for us on our last tour. So...yeah...there was some potential, at least, of finding someone to connect with.

I'd felt a bit of an attraction to the bass player, Genevieve Miller. And after a few drinks, we talked about our favorite bands (not ours) as well as who we didn't like to work with. She was fun, smart, talented, and absolutely gorgeous.
​ 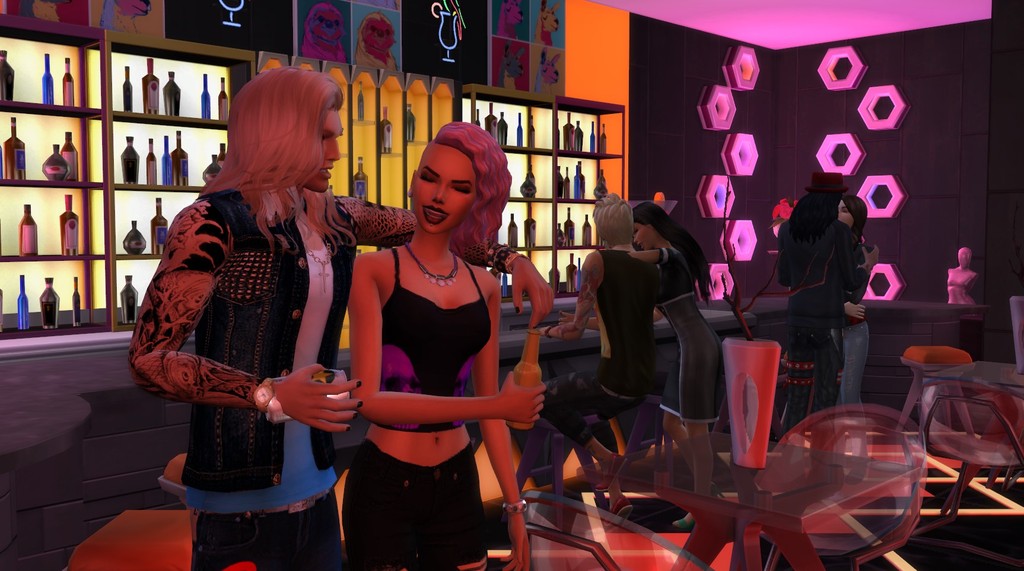 As well as a great kisser.
​ 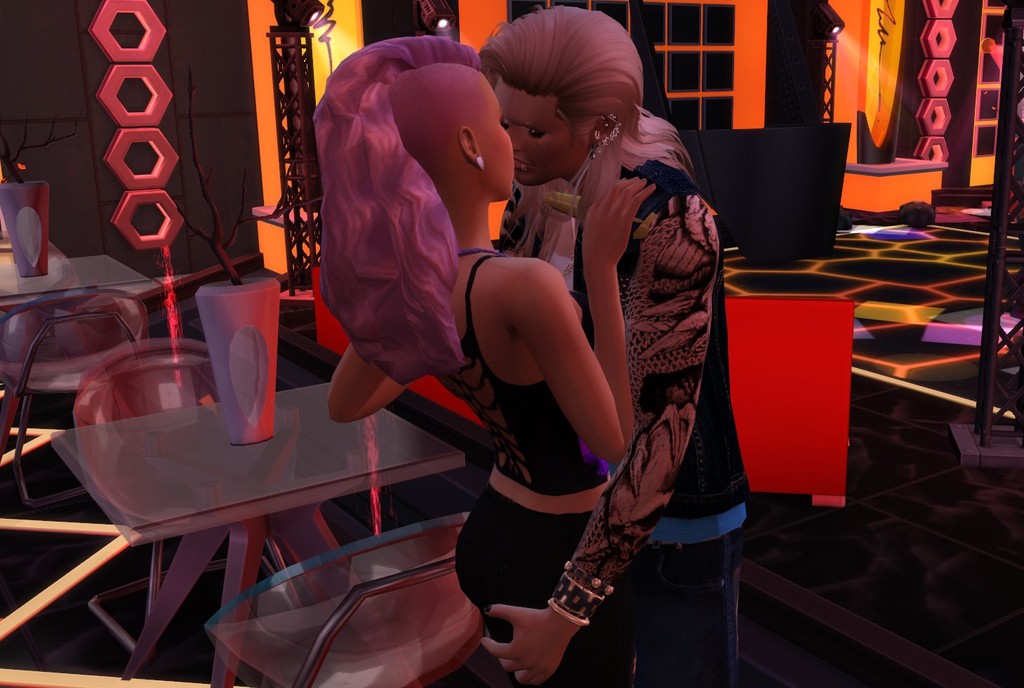 One thing led to another, and I found myself in bed, having the best time I'd had in forever.

Rubbing my face, she shook her head. "God...what a fucking great birthday present this is."

"Fucking is right," I said, laughing. Kissing her face, I whispered, "How old are you, honey? Twenty-five? Twenty-six?" 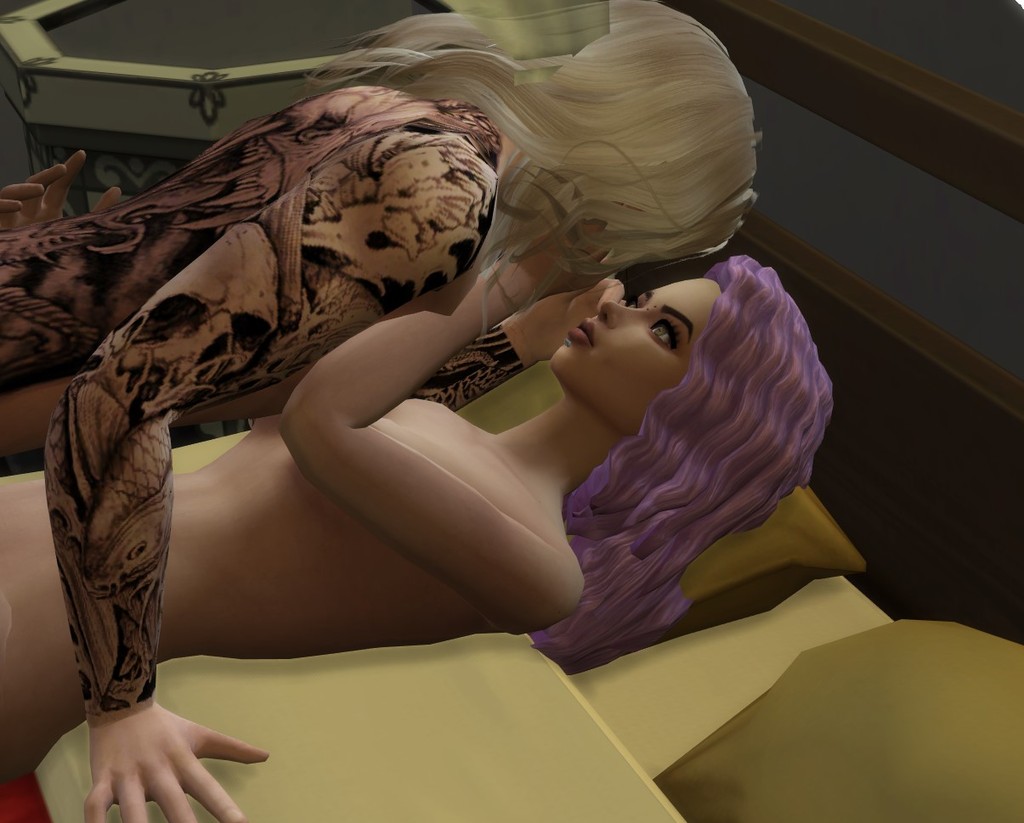 Giggling, she said, "Do I look that old? I'm eighteen."

Eighteen? I screamed in my head. That's only a few years older than my...daughter!

Sliding off of her, I rubbed a throbbing headache that suddenly pierced my forehead.

Caressing my leg, she asked, "What's the matter, Jackson?"
​ 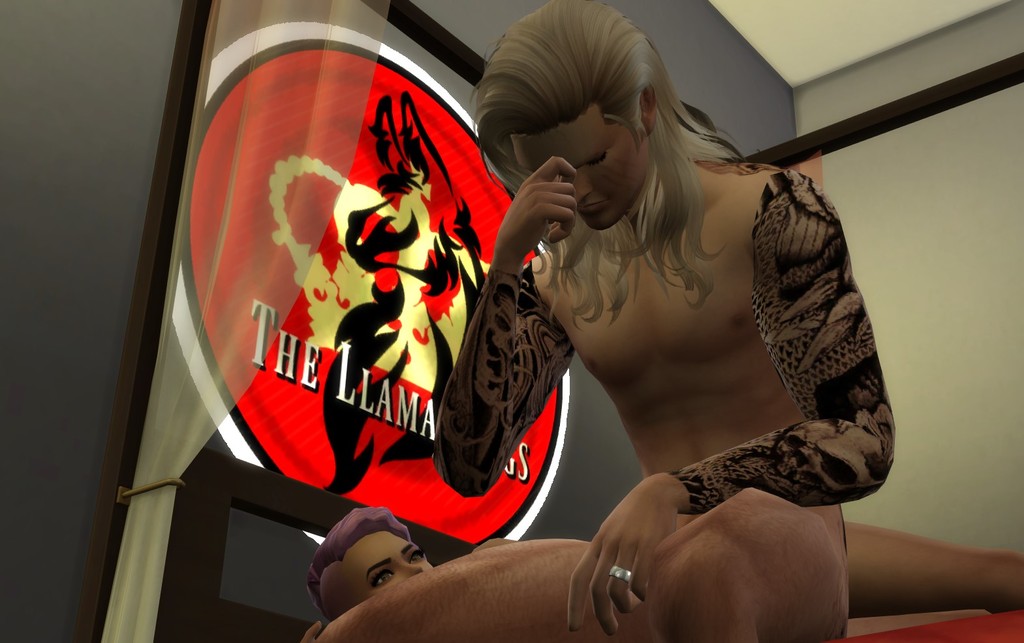 Jumping up, I shrugged into my sweats. "Sorry, honey, this isn't going to work."

I couldn't bear to look at her because I knew she'd be hurt. It wasn't like she was some whore groupie wanting a fast hook up with THE Jackson Day. This was a colleague. But she was so damned young. I felt bad for how I sounded at the moment. Like a fucking bastard.

Walking toward her clothing, I could see her lip quiver and angry tears forming in her eyes. 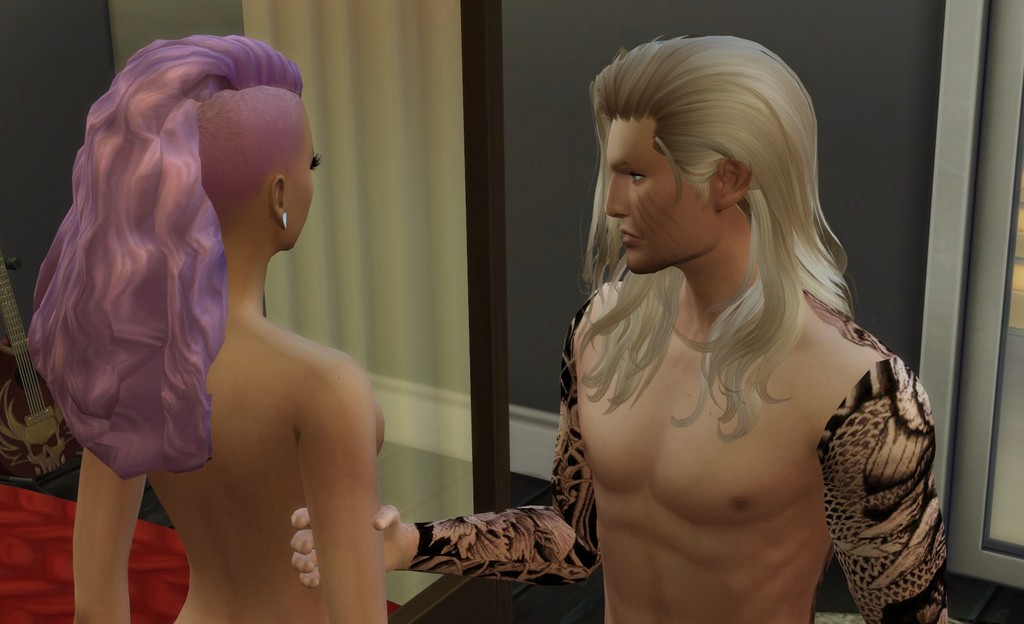 Then, not looking at me, she broke down, shoulders shaking as she put her hands over her face.

Holding her, I whispered, "I'll take you home. Okay?"

She nodded, still crying. Why didn't I think to ask how old she was in the first place? I wasn't used to dating anyone anyway, but this... 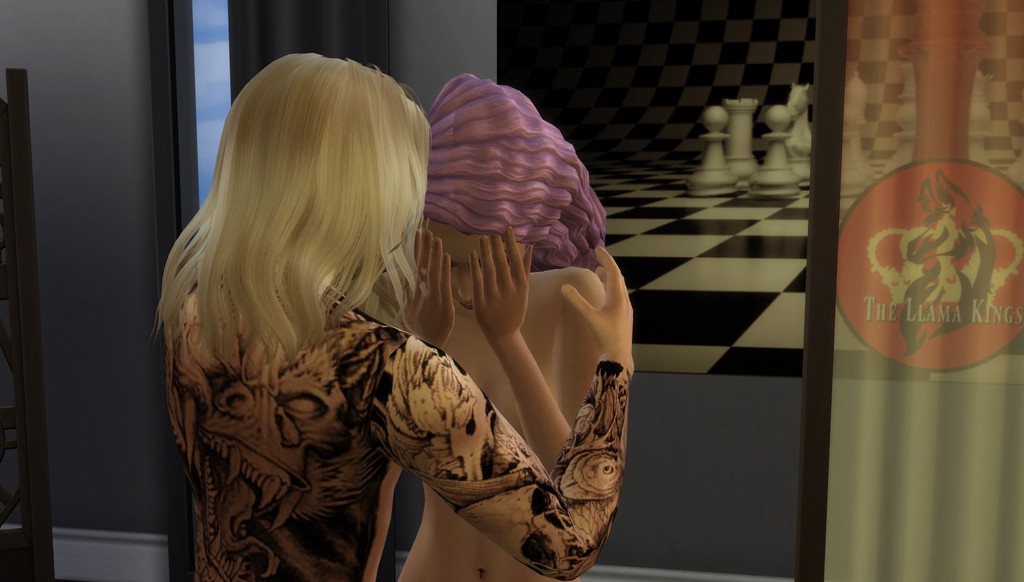 Nothing ever went my way in this fucking world. I hated myself.

I hated my life.

When I got back home, I felt so miserable, I needed something to help numb the pain. But I wouldn't do that. I'd been clean for years.

Wrestling with my thoughts, I fought the urge to call up Clarke, but in the end my torment won out. 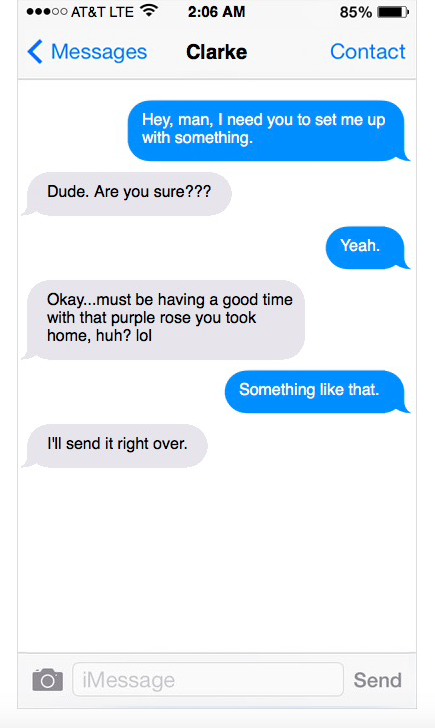 I spotted Siobhan slipping away from the gargoyle statue. She didn't think I saw her, though. One side of my mouth lifted.

Hitting Emerett on the chest, I said, "Hey, want to have some fun?"

"Remember Jackson Day's daughter I saw a while ago? She's still here. Come on."

Just as I thought, the stubborn girl did not leave. She was slapping on more paint for her masterpiece. Wrapping my arm around Emerett's shoulder, I said, "It's a nice view from here, isn't it, E?" 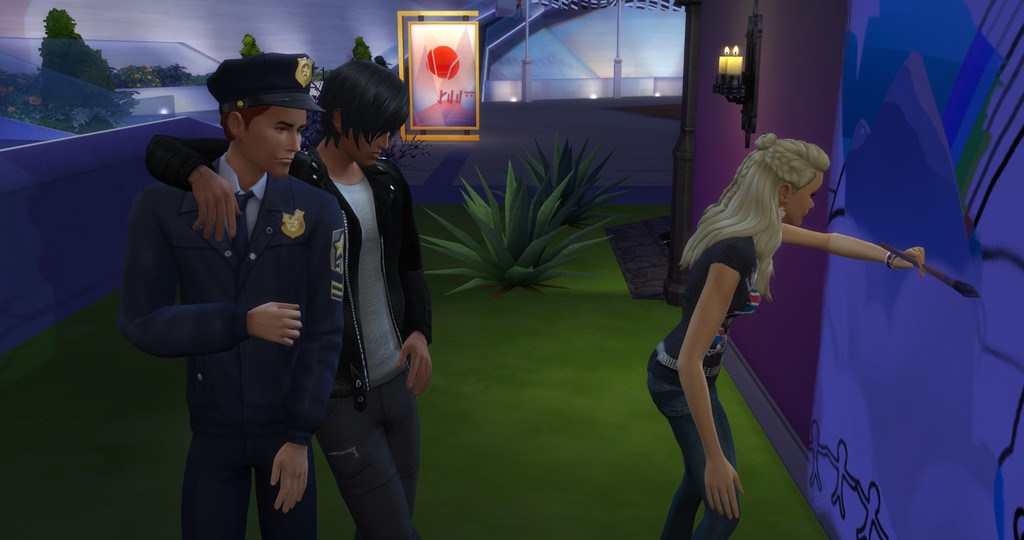 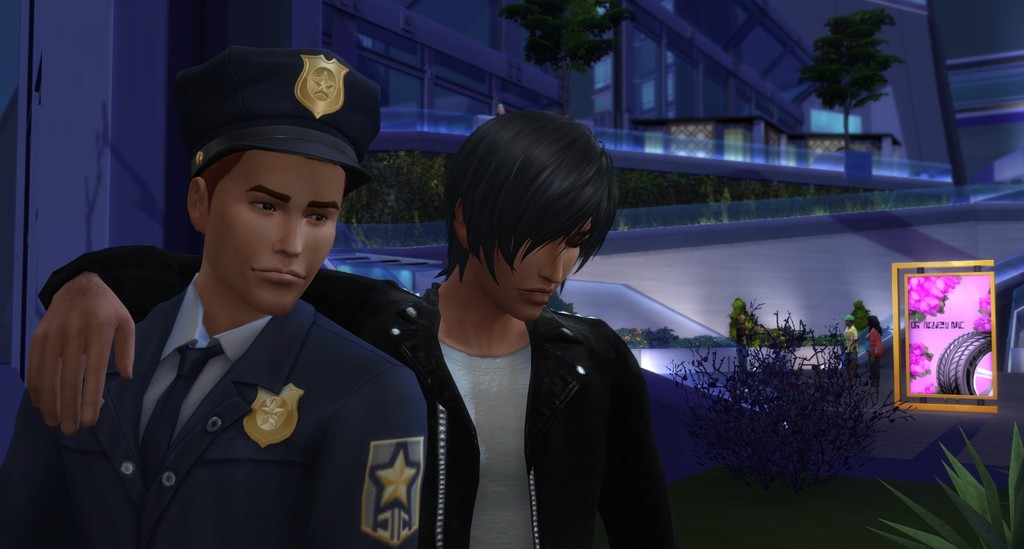 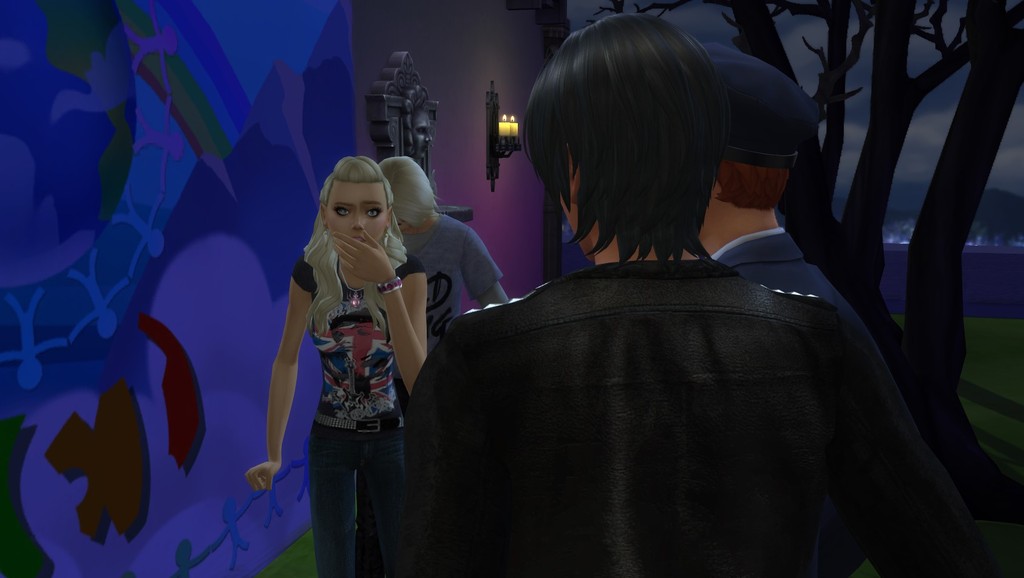 I saw her punk boyfriend looking guilty as hell behind her. He was smart enough not to make excuses.
​ 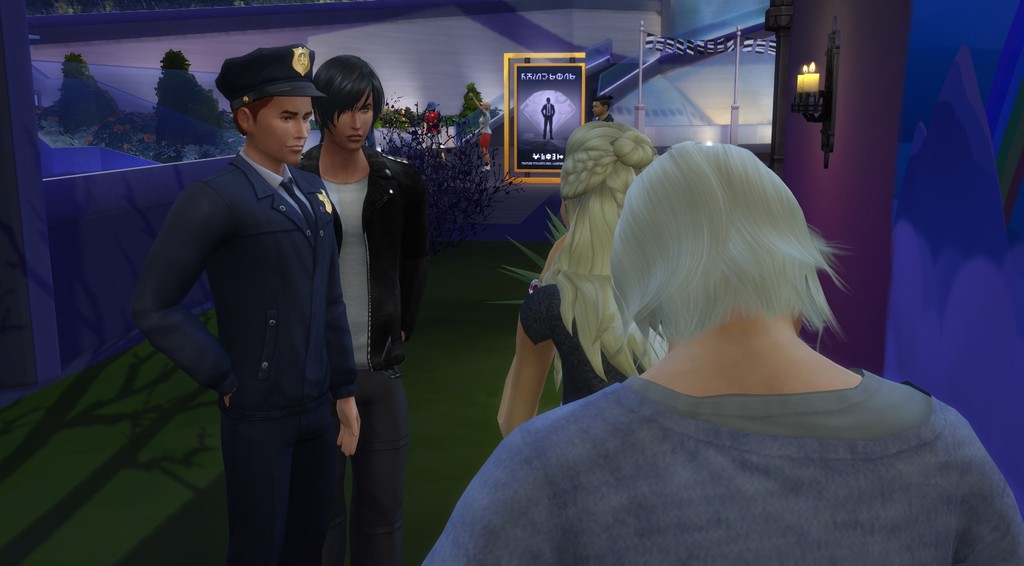 But instead of giving the girl shit, Emerett pulled out his phone and started taking pictures. 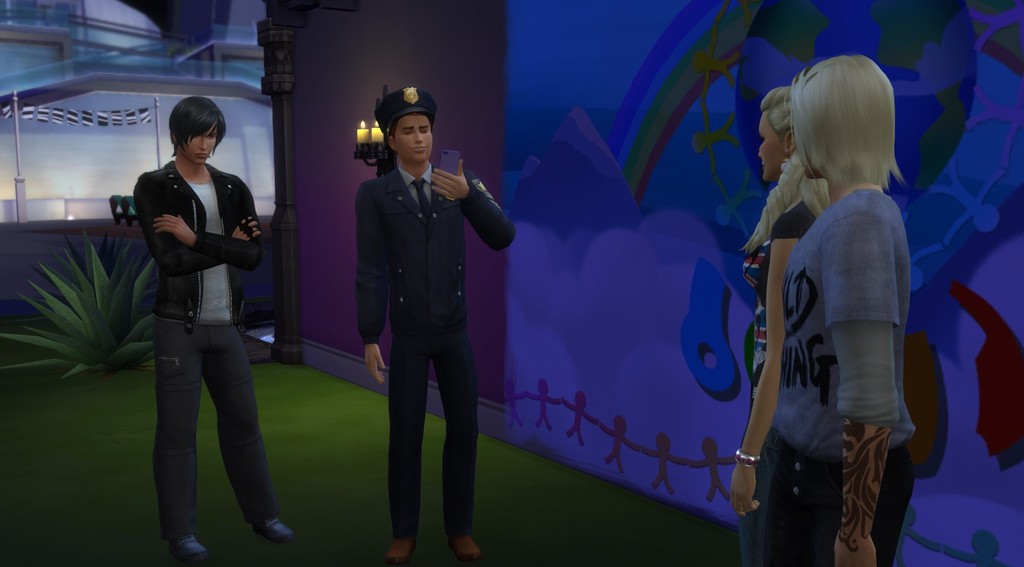 "It isn't every day you get to meet your rock idol's daughter. Man. Siobhan Day. The guys back at the precinct are gonna be so jealous."
​ 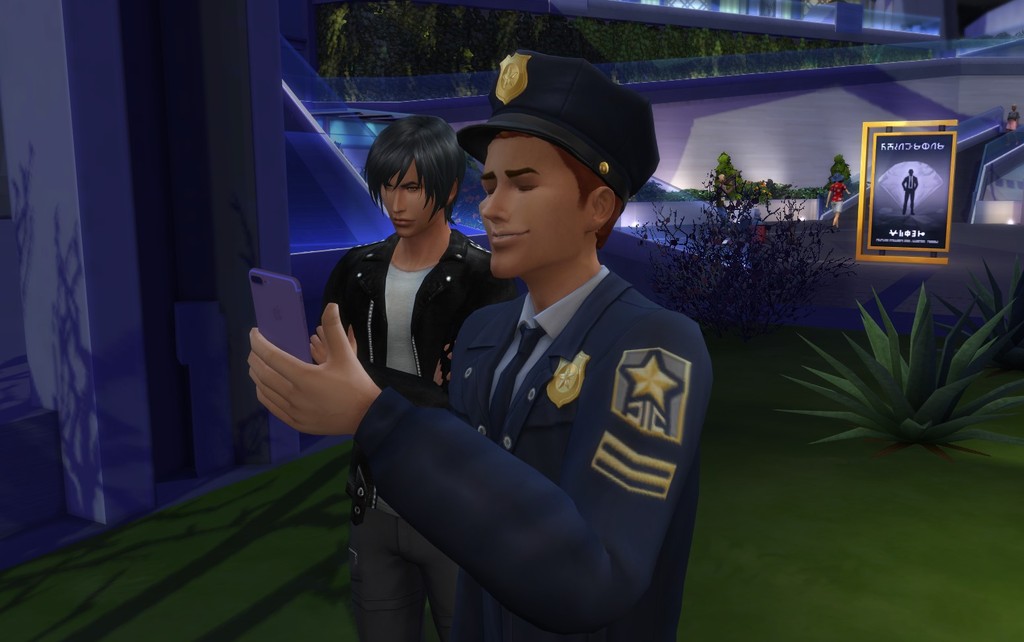 As luck would have it, the cop was bloody in love with Jackson Day and the Llama Kings. "Darling, are you thinking what I'm thinking?"

Arching an eyebrow, she answered, "You better believe it." 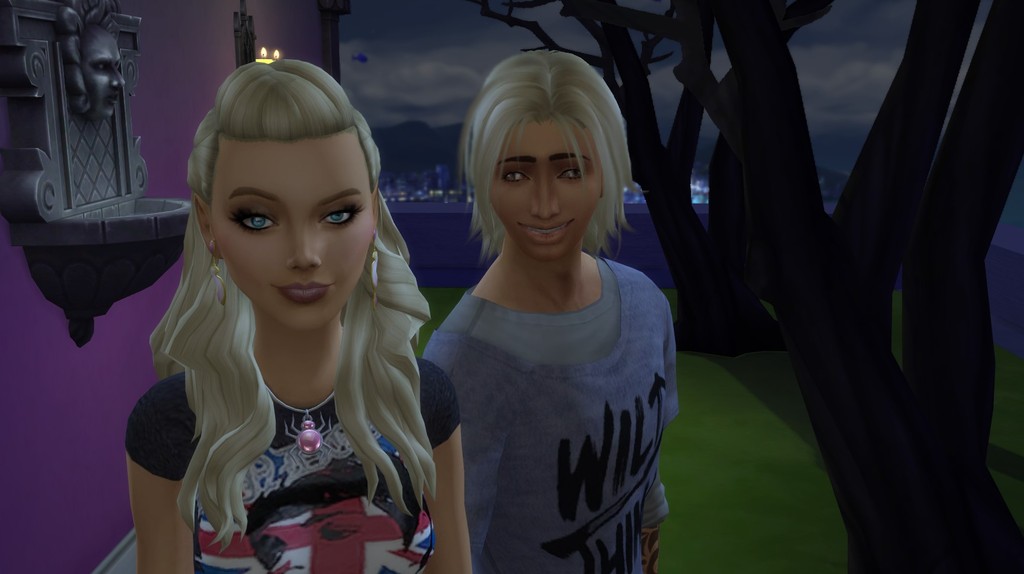 Without much coercion on Siobhan's part, we found ourselves in front of her father's penthouse door. I'd never in all my life visited his flat. He was off limits to all friends. It felt as if tiny gnats were having a battle with grasshoppers in the pit of my stomach. God. I was a huge fan of Jackson Day as well, but I'd never let on to Shivvy about that one. I was contented to play the cool playboy for her. Guys threw themselves at her daily, and she was never impressed. But she did like me. I knew that much. And if I had to play games to win her heart, I'd do just that.

But my palms were sweating uncomfortably. I wondered what a famous rock star's place might look like. I could see the idiot cop was thinking the same thing. 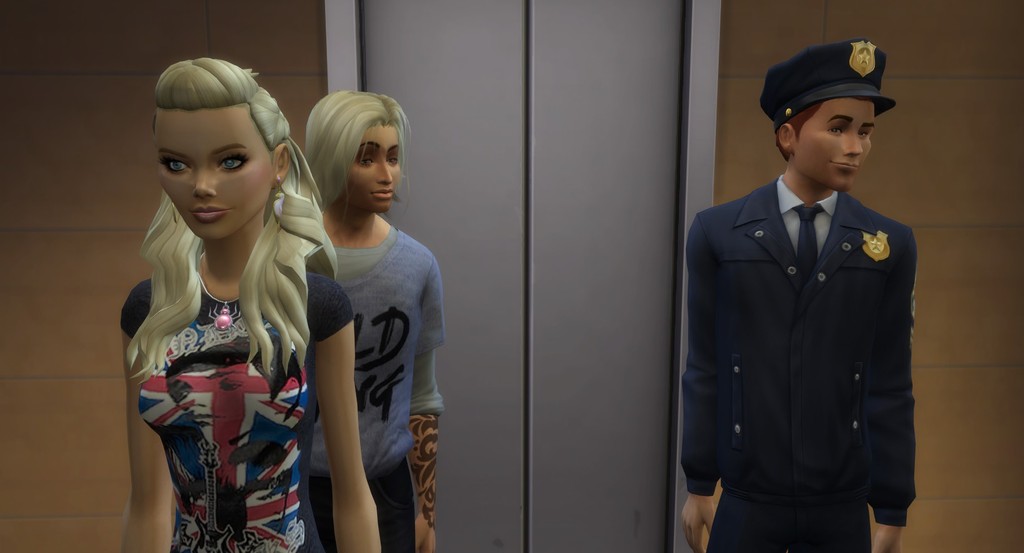 Turning to face him, Siobhan said, "Okay. So, you've seen where he lives. It's time to leave now."
​ 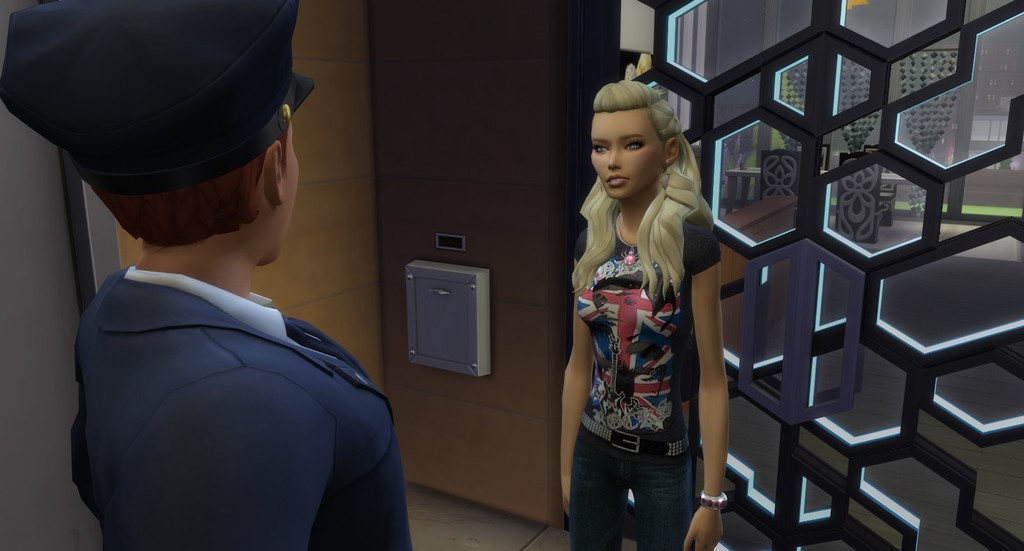 The cop was too smart for that, unfortunately. Putting his hands on his hips, he said in his southern accent, "That wasn't the deal, darlin'. You said you'd show me Jackson Day's place. I expect that to be inside."
​ 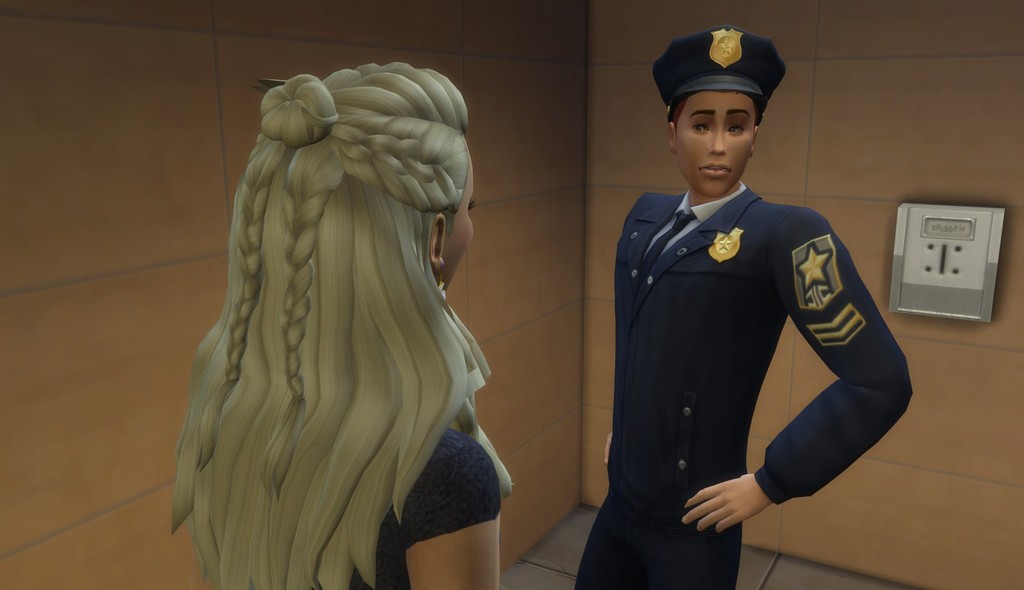 Oh, he'd riled up my angelic flower. Wasn't very bright, was he? But she caved in. I guessed the thought of us spending a night in jail was a bit jarring for her.

​The man was unconscionable. Using his power like that to see Jackson Day's place. If I wasn't put out by his ingenuity, I'd probably like the man. 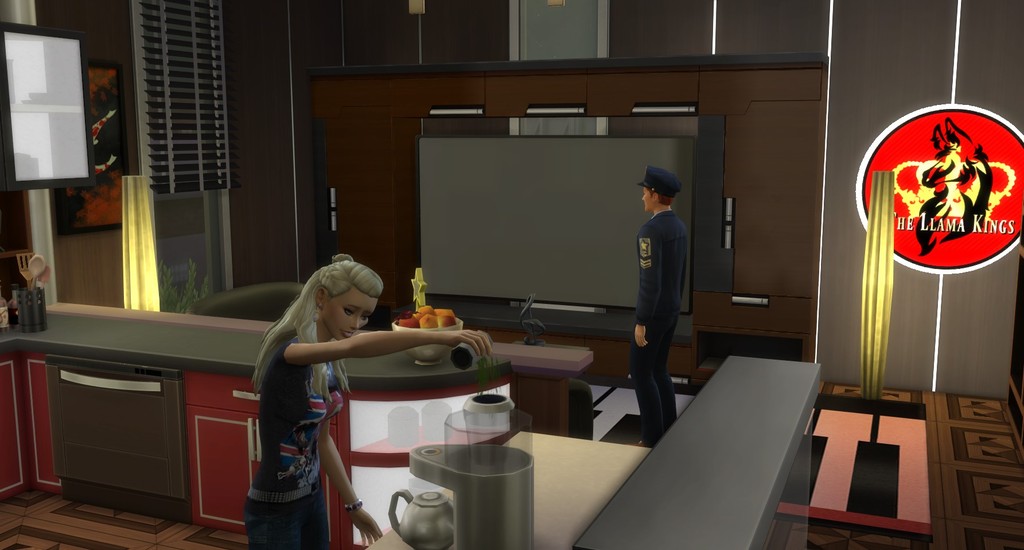 As I entered, an overpowering herb smell hit me.

And he was lighting it up somewhere in the house.

"Shit, Shivvy! The nosy cop's got to go. Do you smell that?" 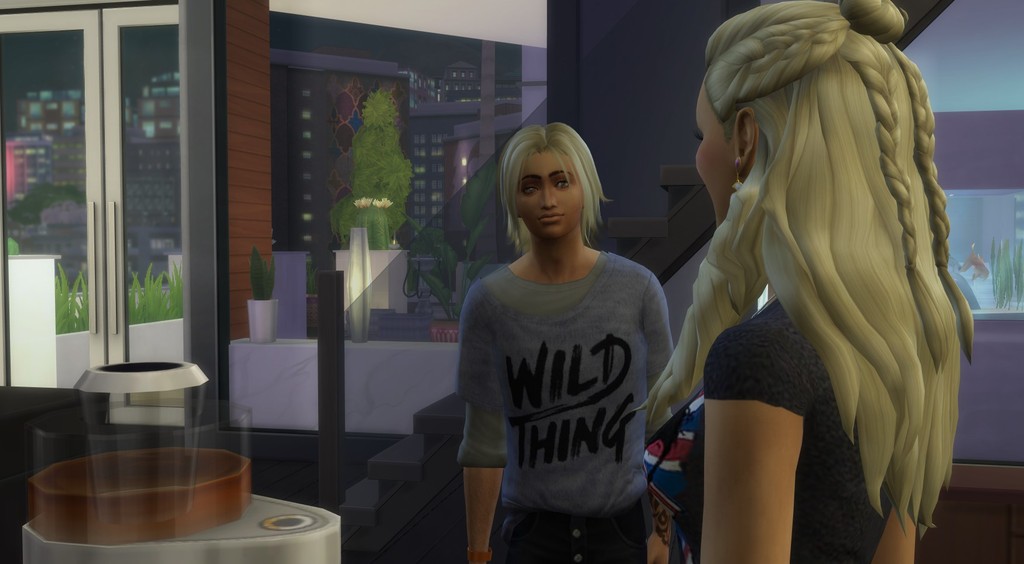 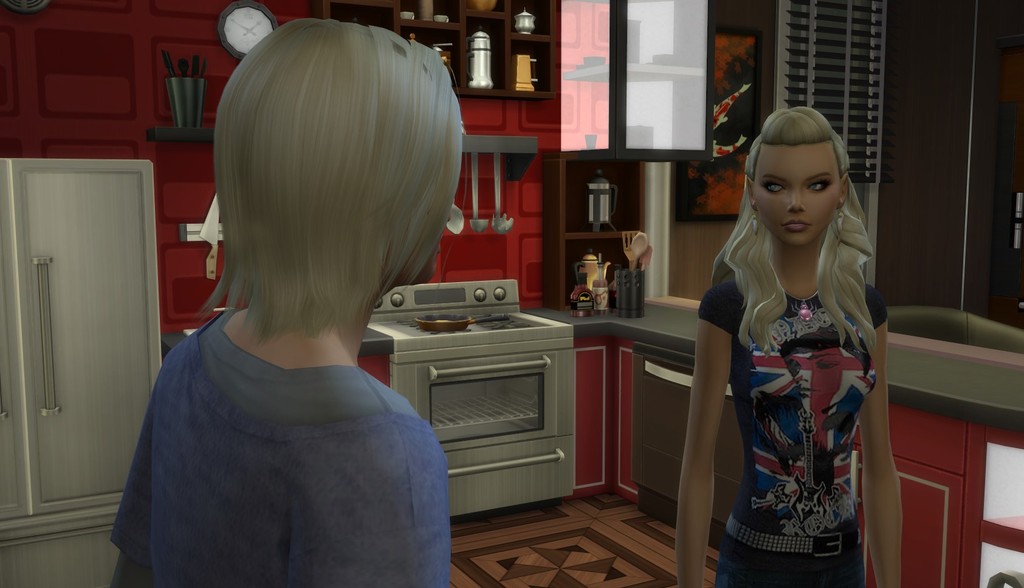 I noticed the copper sniffing the air.

The poor man was dumber than he looked. That could be a good thing.
​ 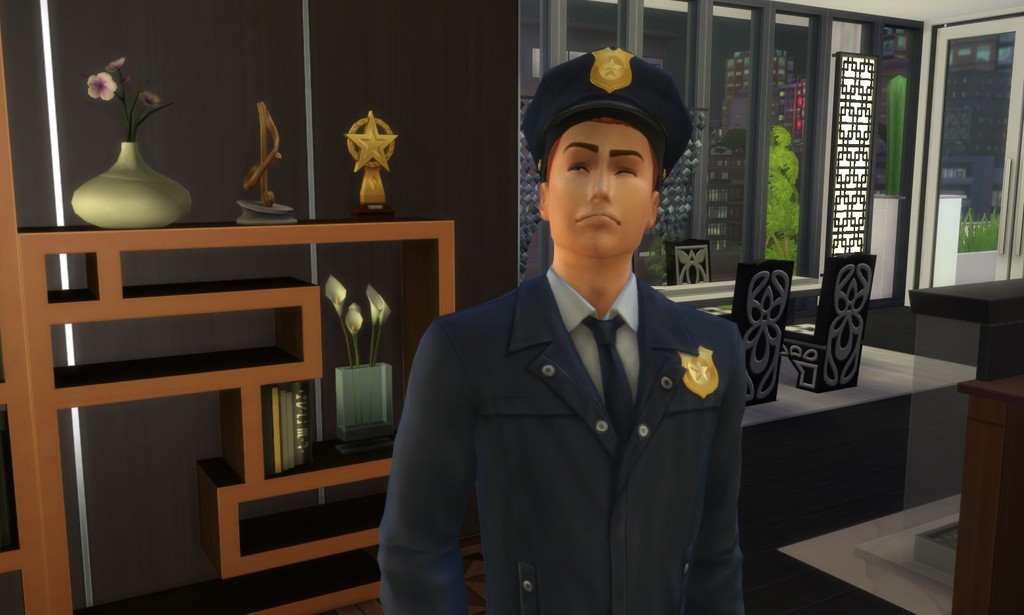 Walking nonchalantly toward Siobhan, he said, "Okay...what's next on the tour? I've seen some of his awards and the light up logo is very cool. Does he have a music room?" 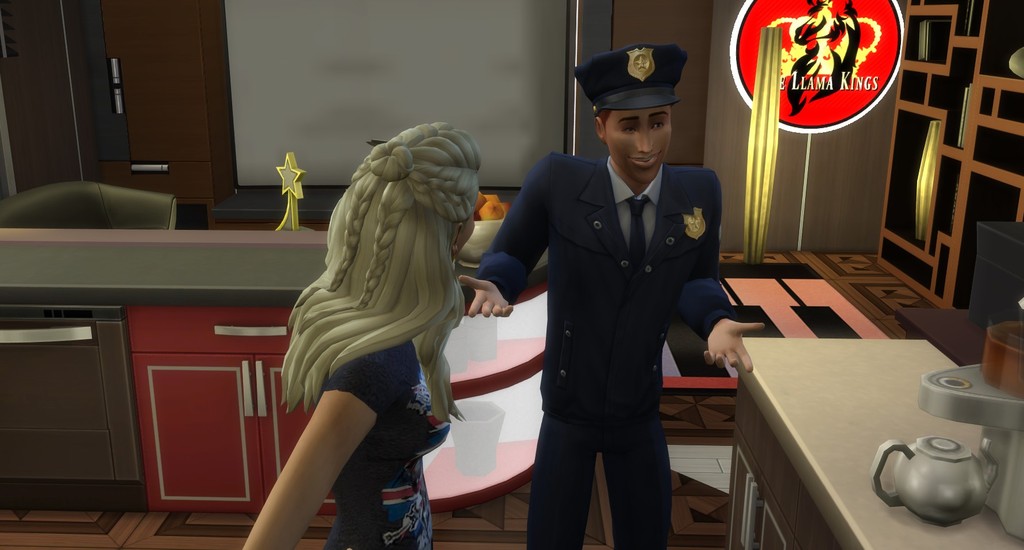 Before we could stop him, he marched up the stairs, two steps at a time. Rushing in behind him, Siobhan cursed. So did I.

Waving at the passed out rock star, the cop said, "Well, there he is in the flesh! I can't believe it. Jackson Day. Wow. He's smaller in person." 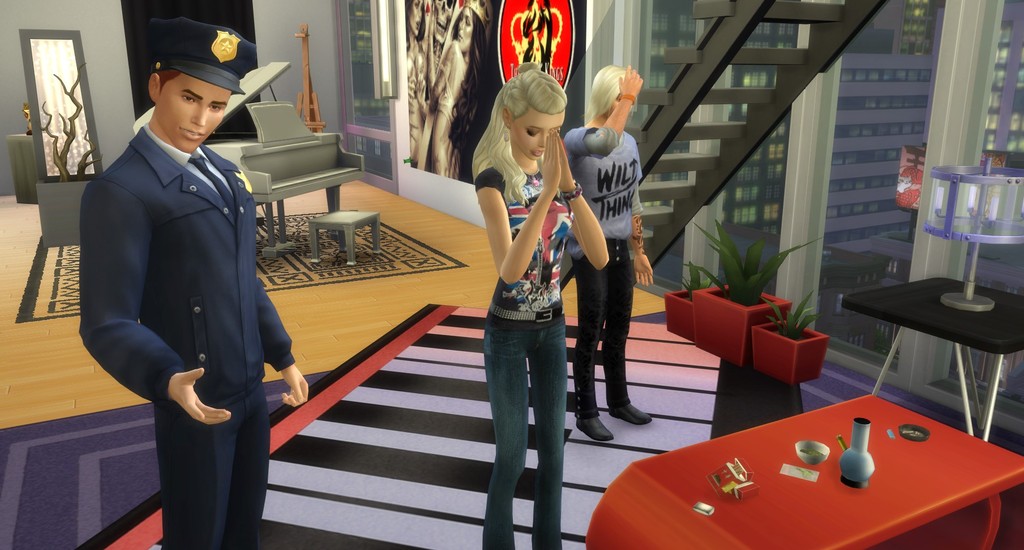 Thinking about what this could do to my love, I pleaded, "Listen, mate. You've got to be cool about this. I mean...it could ruin your rock idol, you know. If word of this gets out, he could lose rights to see his daughter." I grazed my hand toward Siobhan's arm, hoping to soothe her. It was bad enough to see her father fall off the proverbial wagon, but we'd brought a police officer to the scene of the crime.
​ 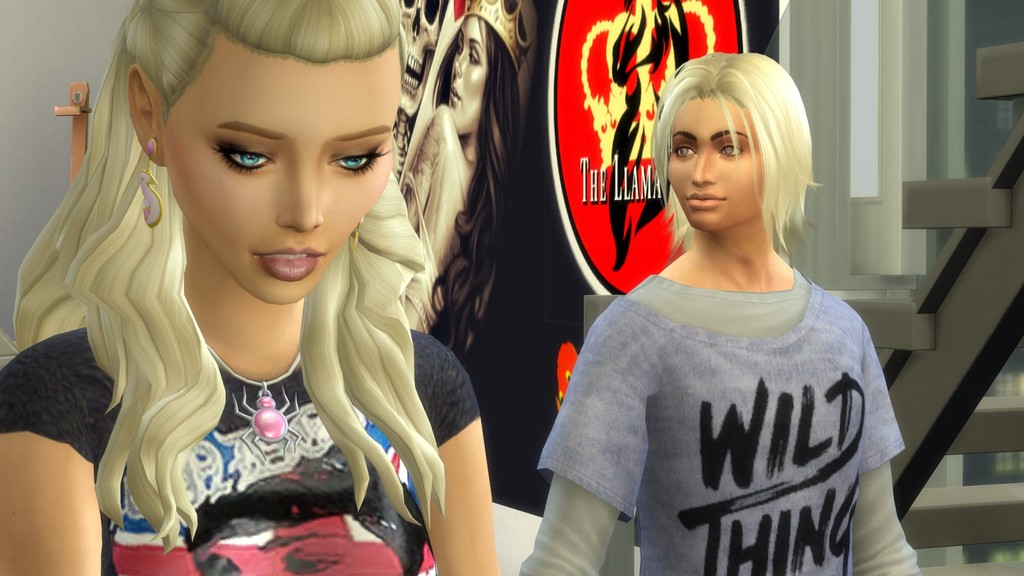 Squinting at us, then putting his arm over his eyes, Jackson Day said, "Guys, can you turn off the lights? I'm trying to catch some z's here."
​ 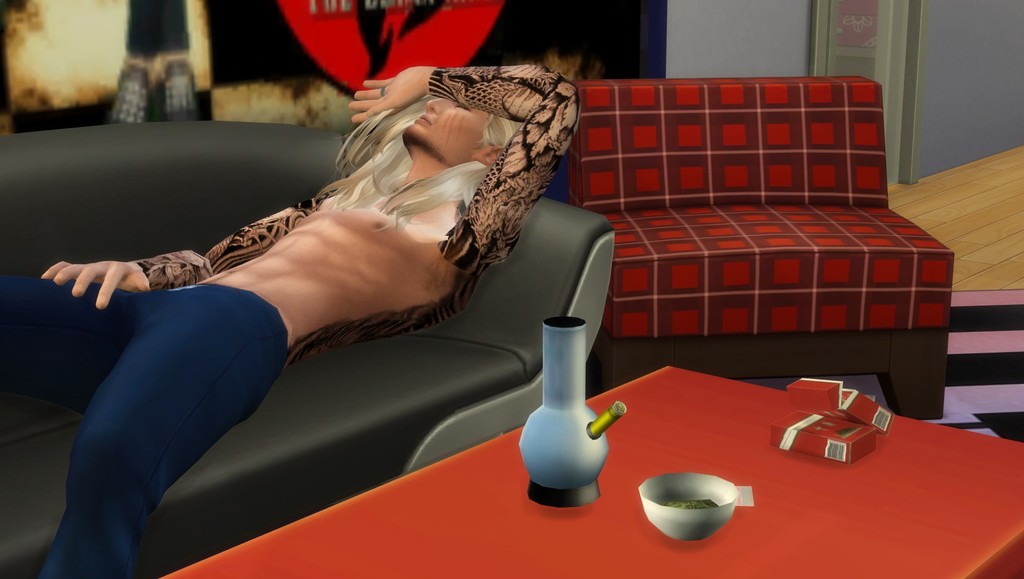