It'd been nearly a month since the night I beat up Daniel. I'd heard from Briar that some goon jumped him and sent him to the hospital. I didn't tell her it was me. She was worried because she knew Daniel was dabbling in something dirty, but she had no idea what. He wouldn't tell her who would want to hurt him. My face burned as she was telling me this, so innocently confiding in me.

I just couldn't concentrate in my computer class this morning. It was like I had to tell someone about it. A cloud lingered over me, so paranoid that Daniel was just biding his time, waiting to seek his revenge. But as the weeks passed, more and more it looked as if I'd gotten away with it.

I decided just to ask Ethan an innocent question. "So...have you heard anything about who might have jumped Daniel?"
​ 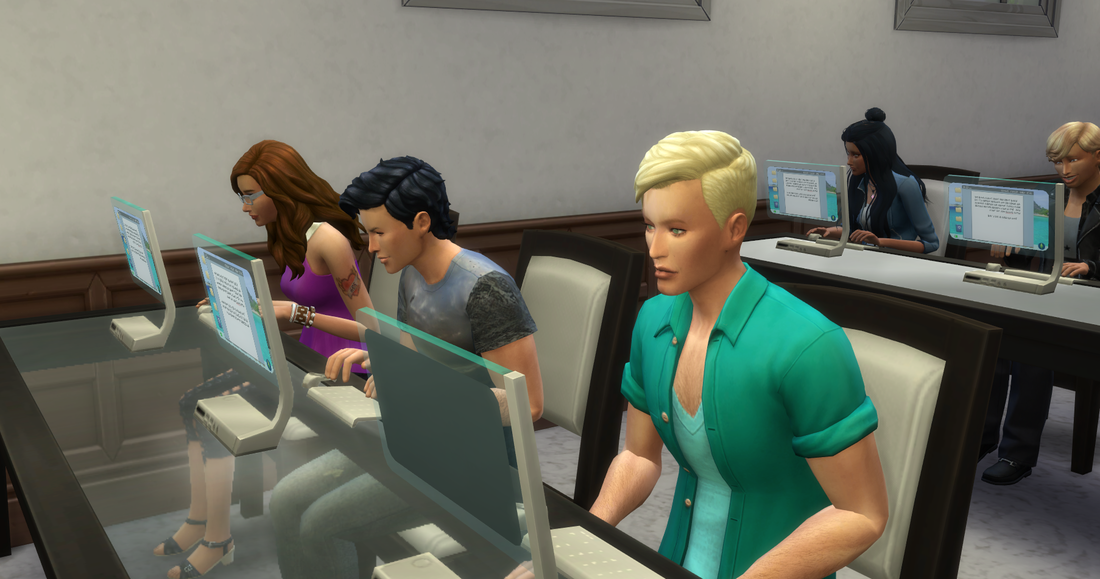 Turning toward me and cocking his head, Ethan said, "That was random." He stared me down with his piercing, blue eyes. "Have you?"
​ 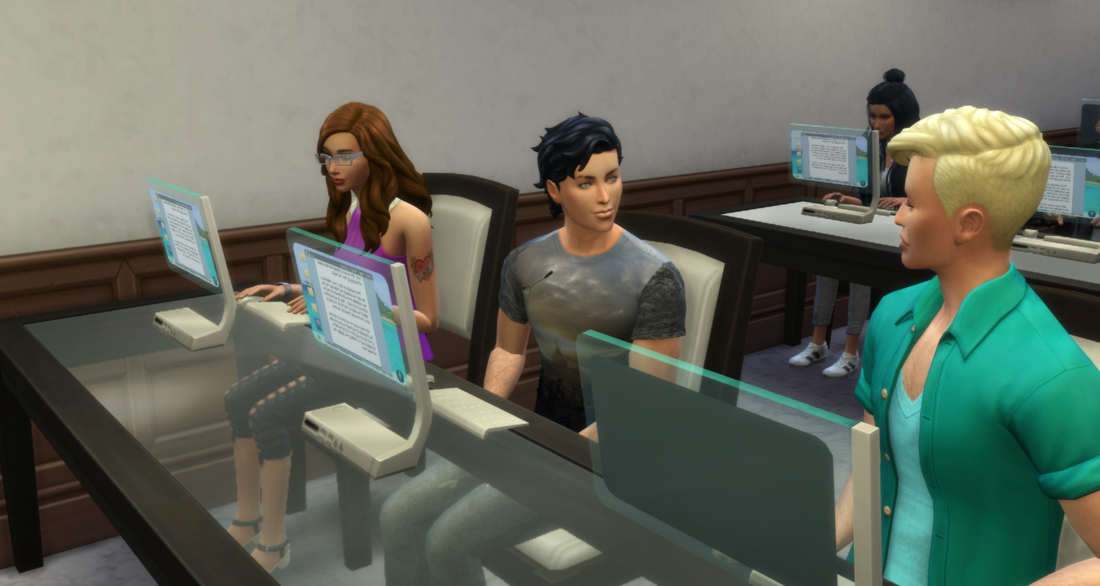 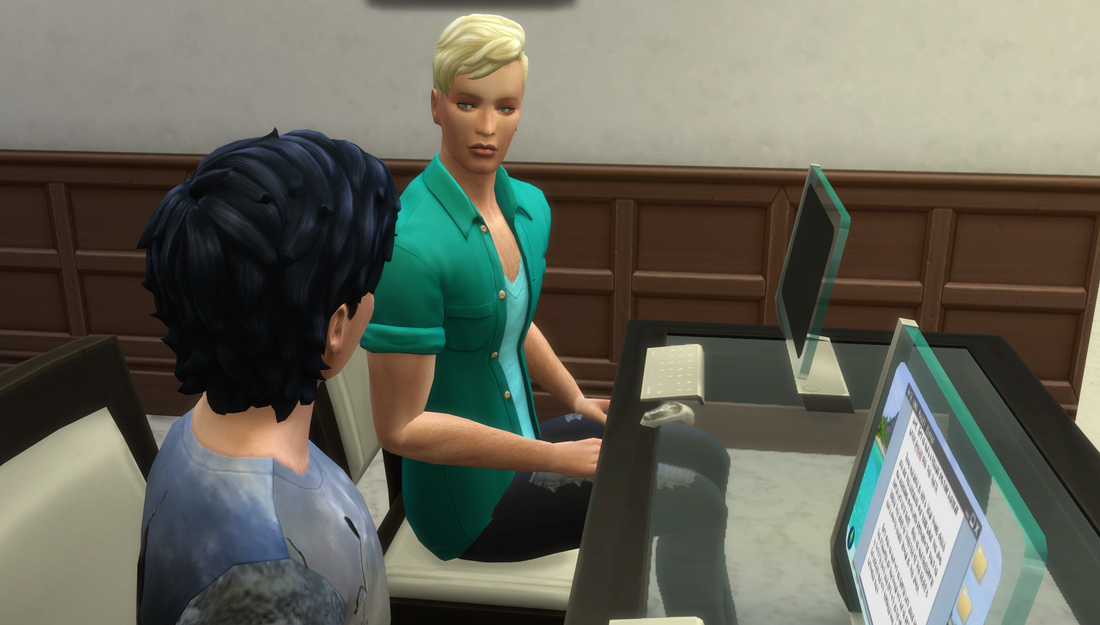 "Oh my God, you're kidding me." He shook his head.

Backpedaling, I said, "What are you freaking out for? He doesn't know anything. I was masterful at disguising myself."
​ 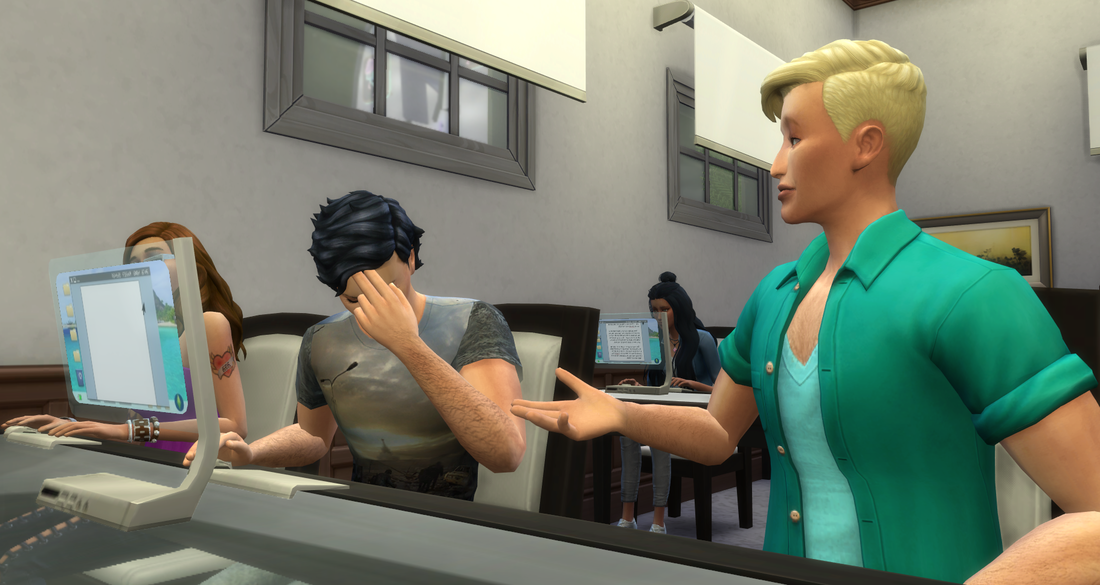 Eyes popping, he said, "Dude. You don't go around messing with Daniel Fucking Fortner. Do you have like a deathwish? My God! I thought I warned you." 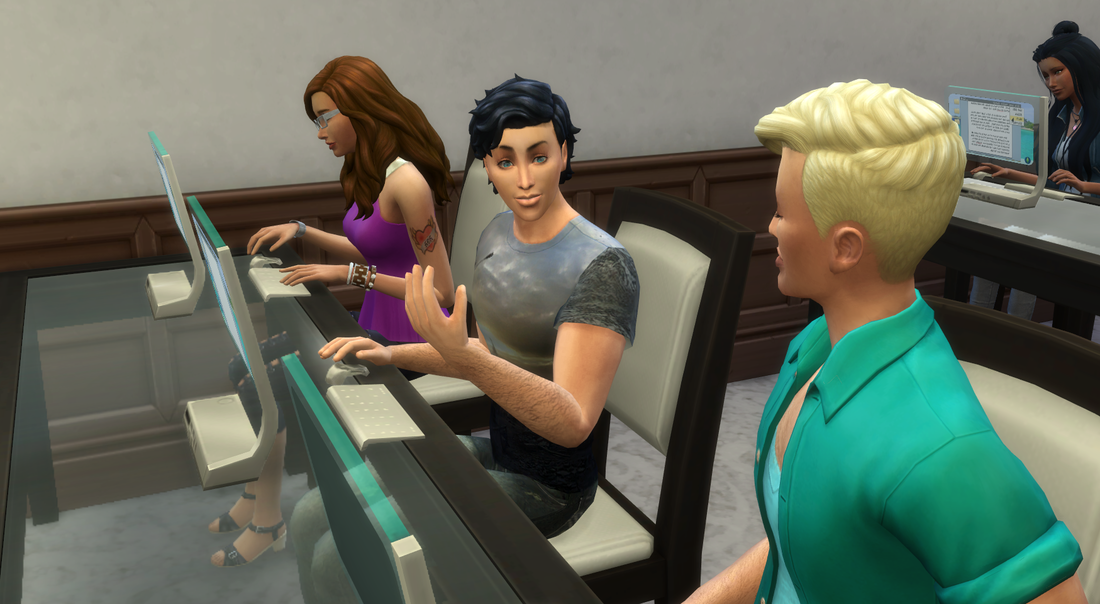 "Keep your underwear on, Ethan. He doesn't know. If he did, do you think I'd be okay right now?"
​ 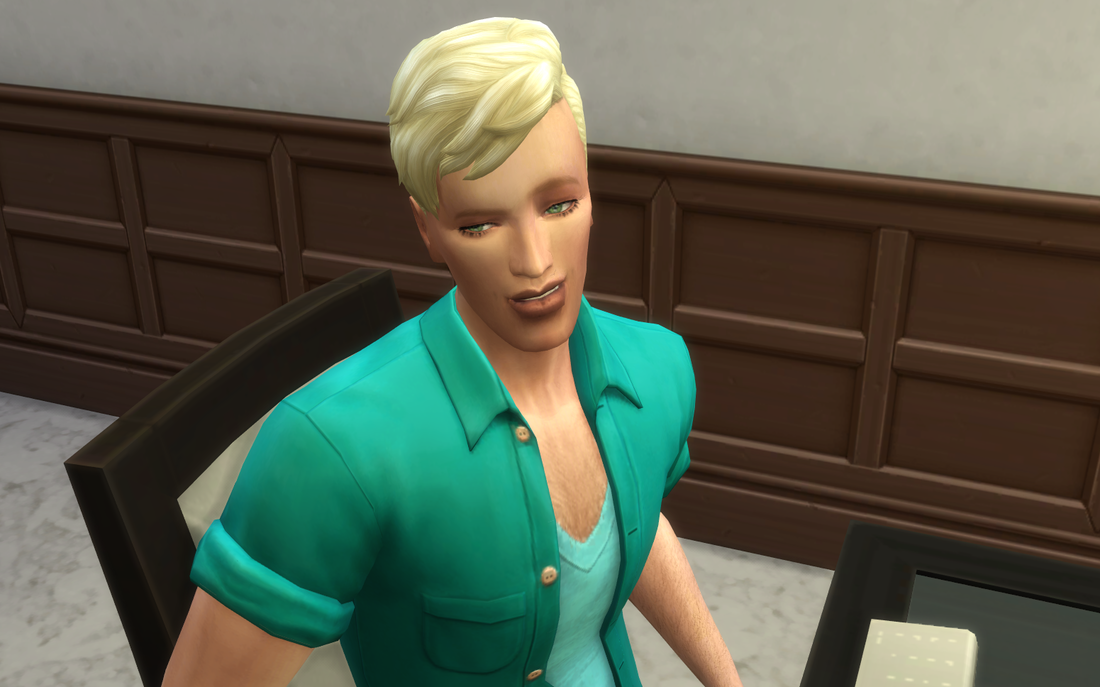 Glaring, he said, "No, August, I'm going to guarantee you this. If you keep messing with him, you're not going to be okay." 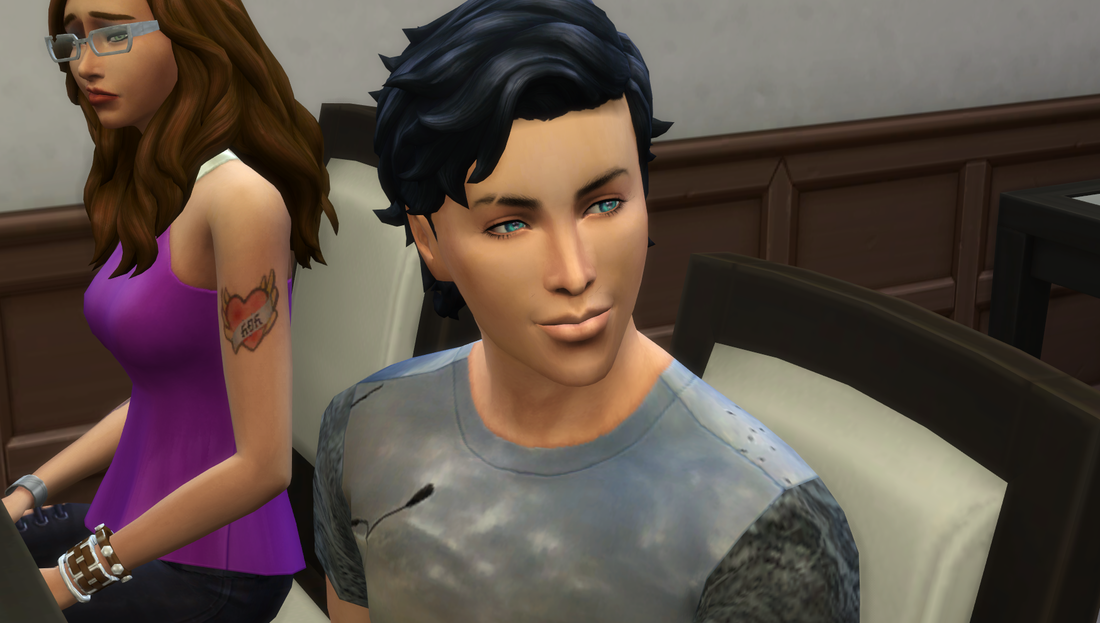 I spent the rest of the day assuring Ethan that it was a one time deal--I wouldn't do something like that again. The mouse knows not to poke the tiger too many times. But for some reason, it felt good talking to him about it. That someone other than me could bear the burden of what I'd done. 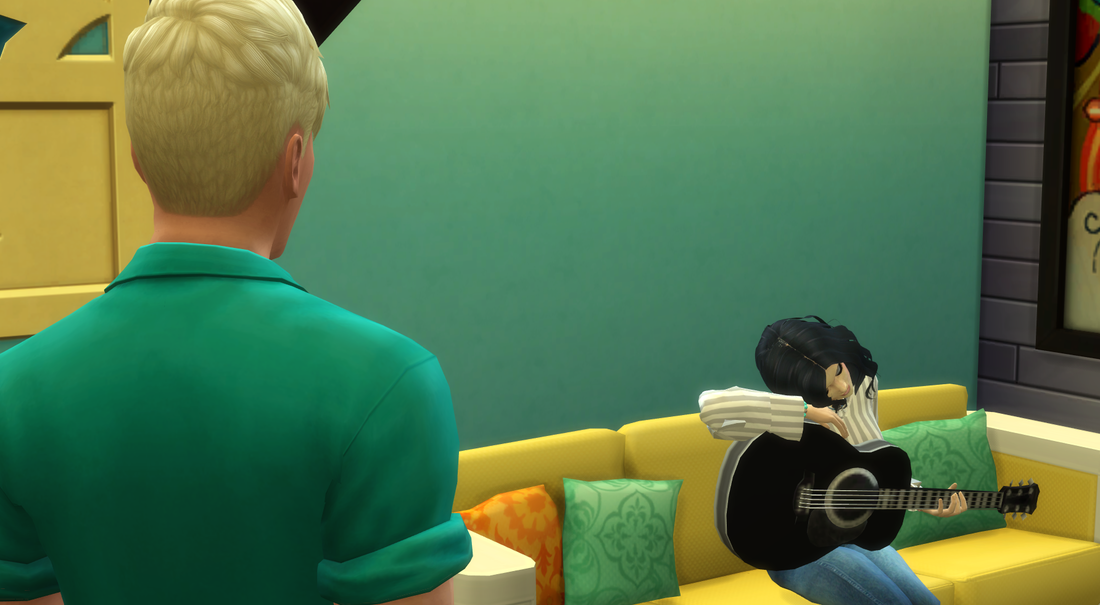 "Hey, Briar? Normally, you have to be awake to play one of those," I joked.
​ 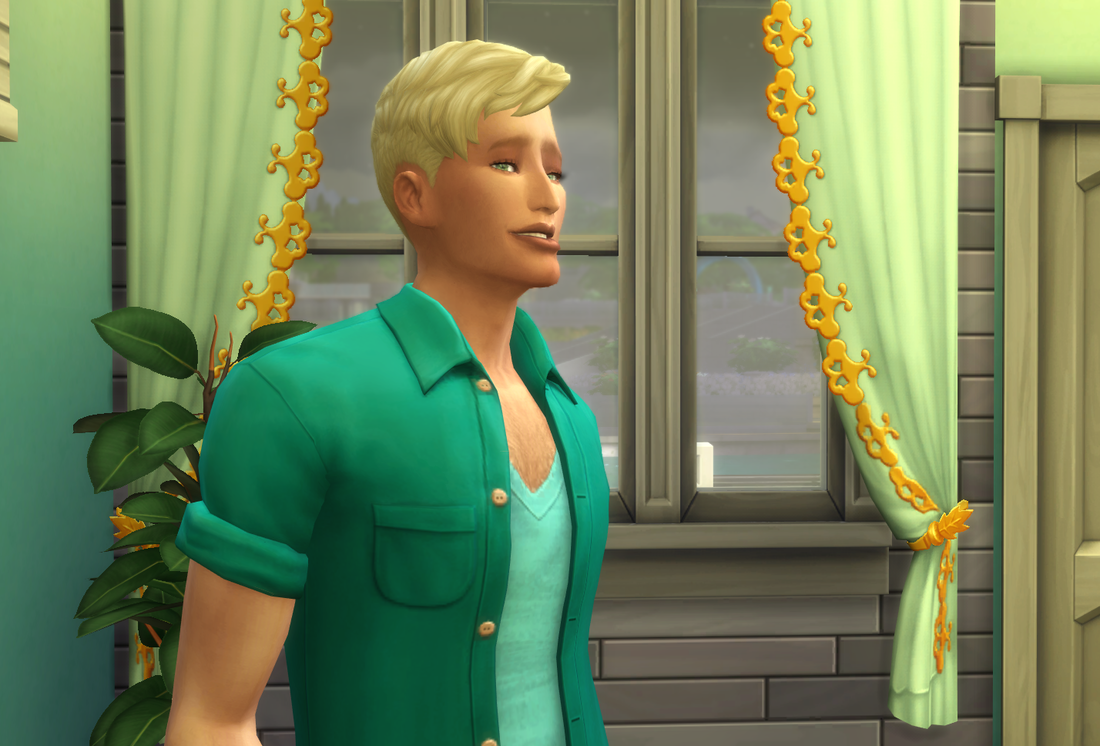 But she didn't move. I loved staring at her perfect features. She was as beautiful as a porcelain doll. I dreamed about what it would be like to kiss her on that couch. 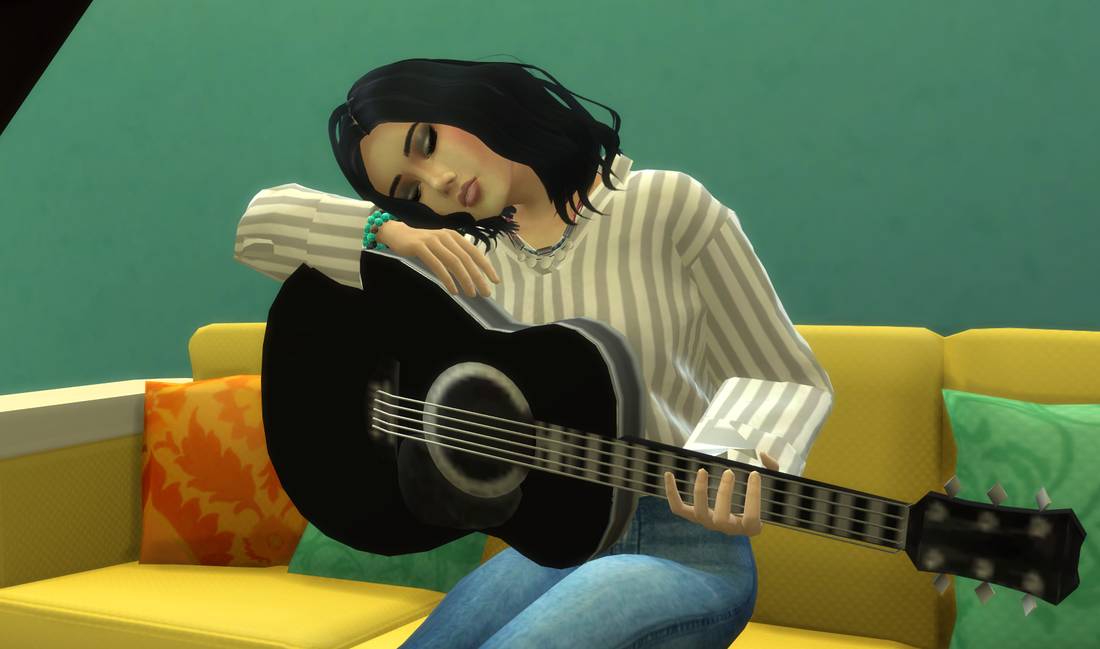 Suddenly, her eyes popped open, sending a jolt through me. "August?"
​ 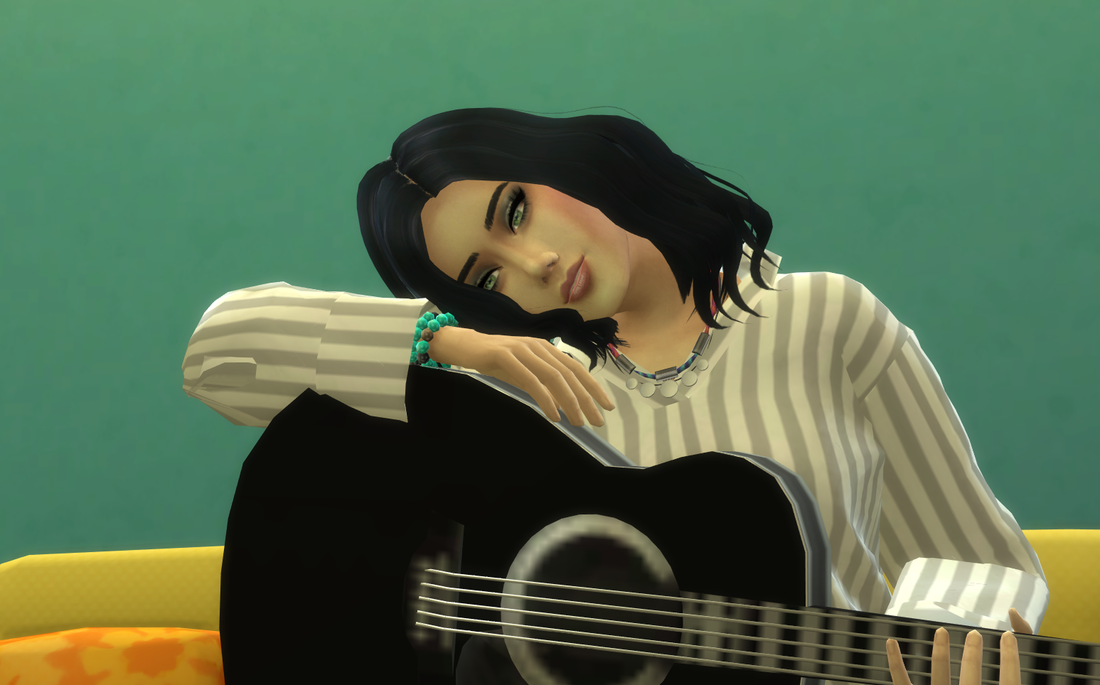 She laughed. "Well, I'm not very good at it. I found this at a junk sale and thought I'd give it a shot, but I don't know what I'm doing."

I brightened. "I can teach you." 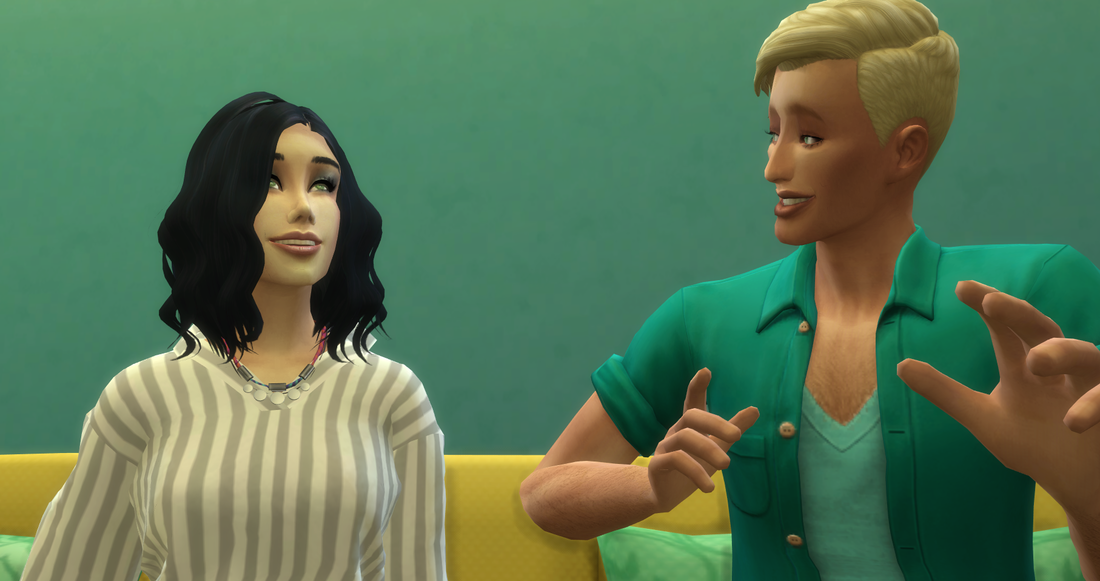 "Come on, I'll give you guitar lessons for free."

She arched her eyebrows. "For free? What's the catch?"
​ 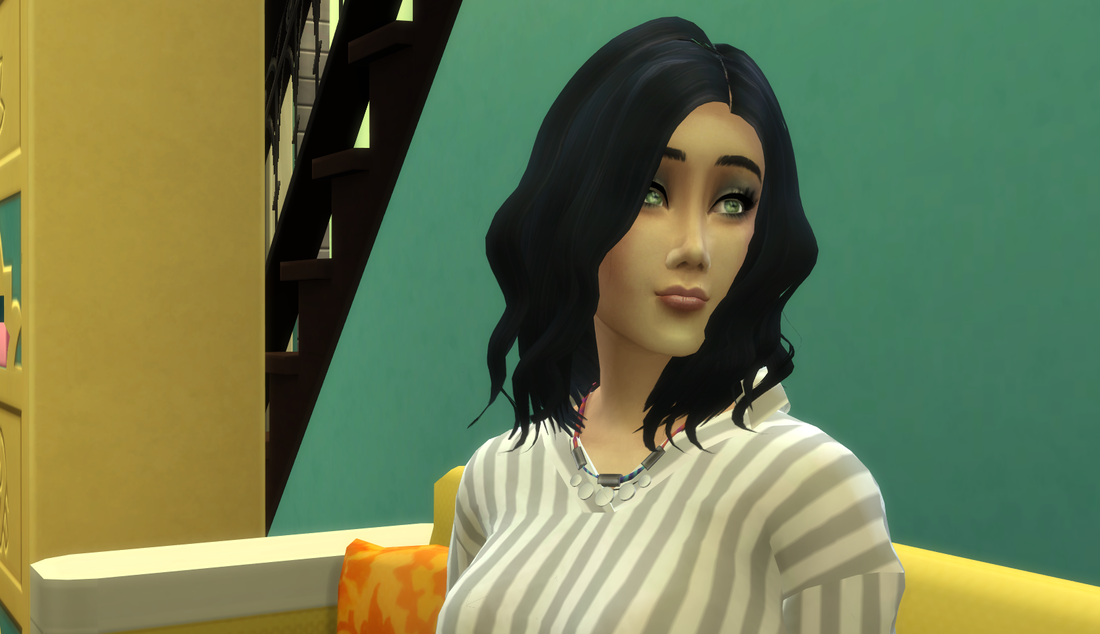 "No catch. You just have to come over here and let me show you how to place your fingers."

Shaking her head, she said, "I knew there was a catch." But she sat down in front of me anyway as I put her fingers on the D chord.

"You need to relax, Briar, or you won't be able to position your fingers well."

Giggling, she said, "How can I relax like this?"

"I'm not coming onto you. It's just easier for me to show you. If you want, I'll just step around."
​ 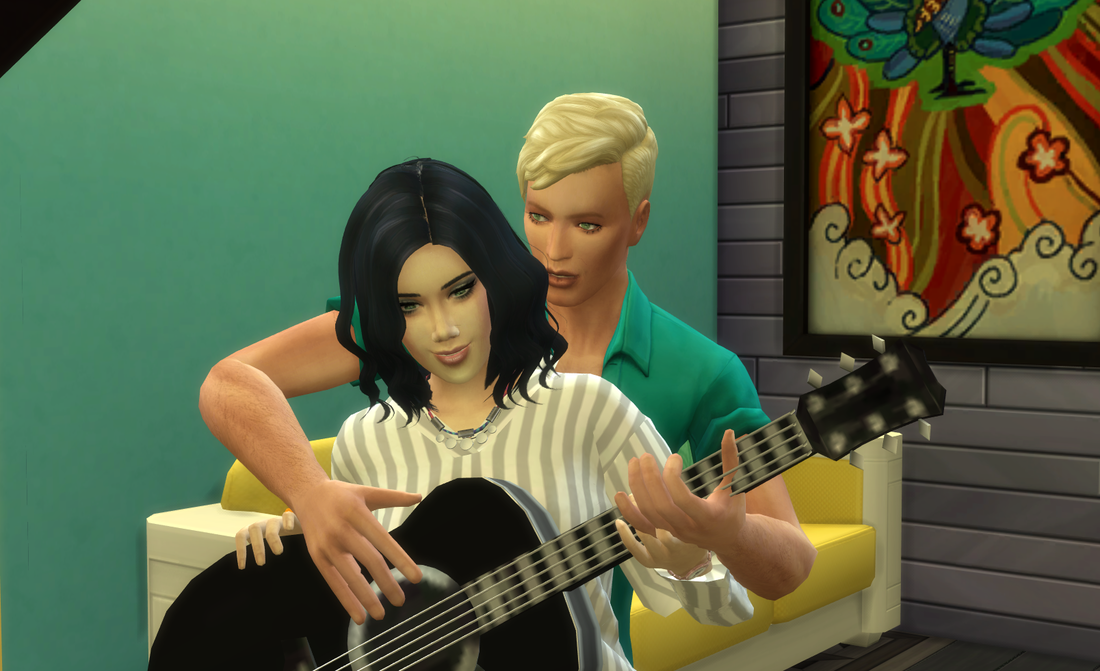 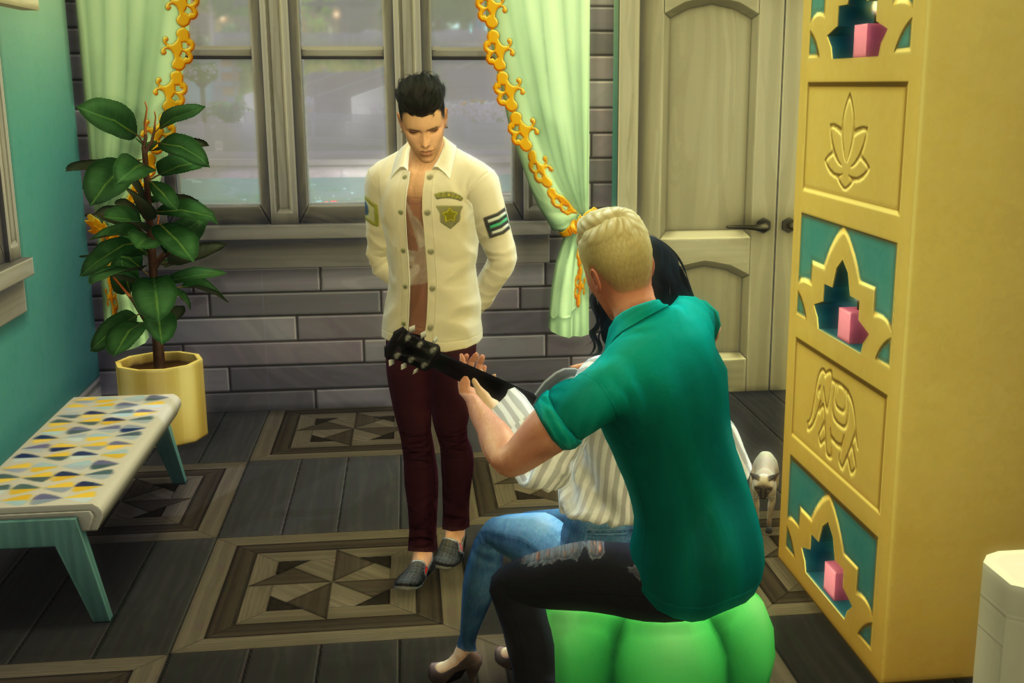 Like we got caught making out, we jumped to our feet. I smiled and said, "Just showing Briar how to play."
​ 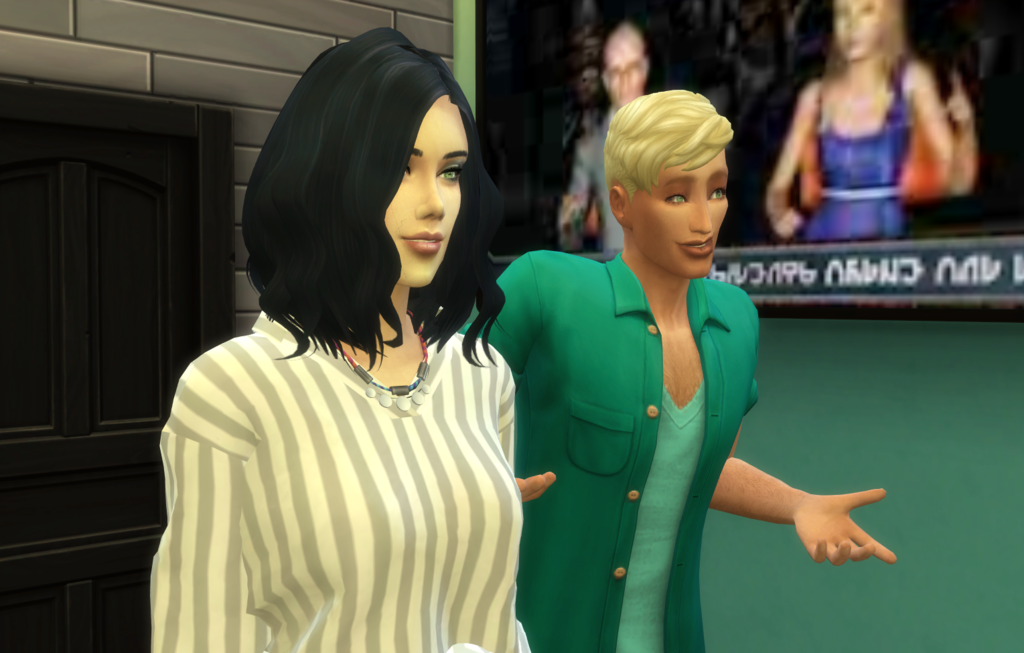 Once we left, the cool breeze fluttered through my hair as I smelled the soothing salt water. I loved nights like this near the ocean. Walking toward Crabby's, Beau stopped me and said, "Ethan told me what you did, August. How stupid can you be?"
​ 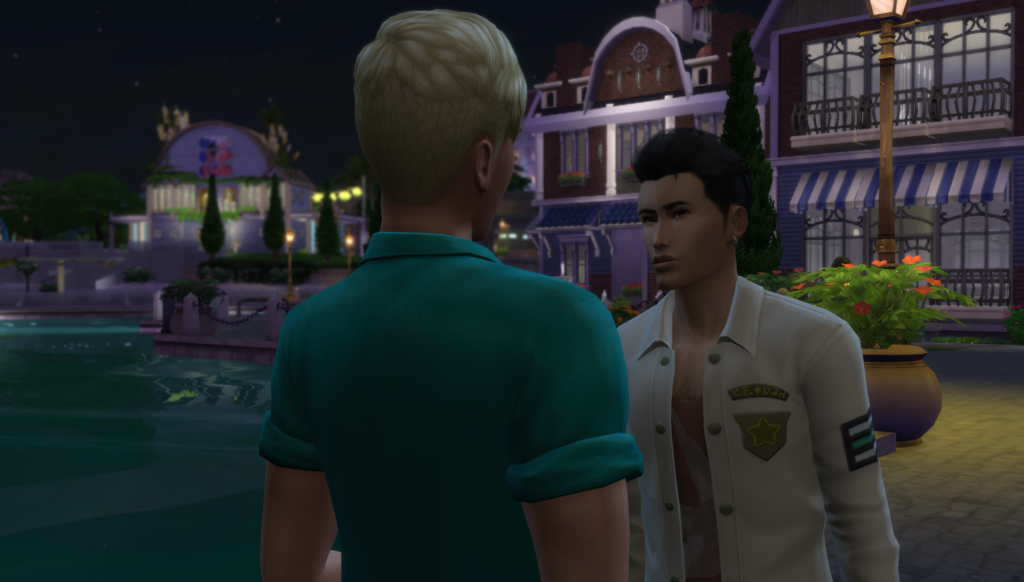 "Oh my God, I told him not to tell you because I knew you'd freak out. It's over already, okay?"
​ 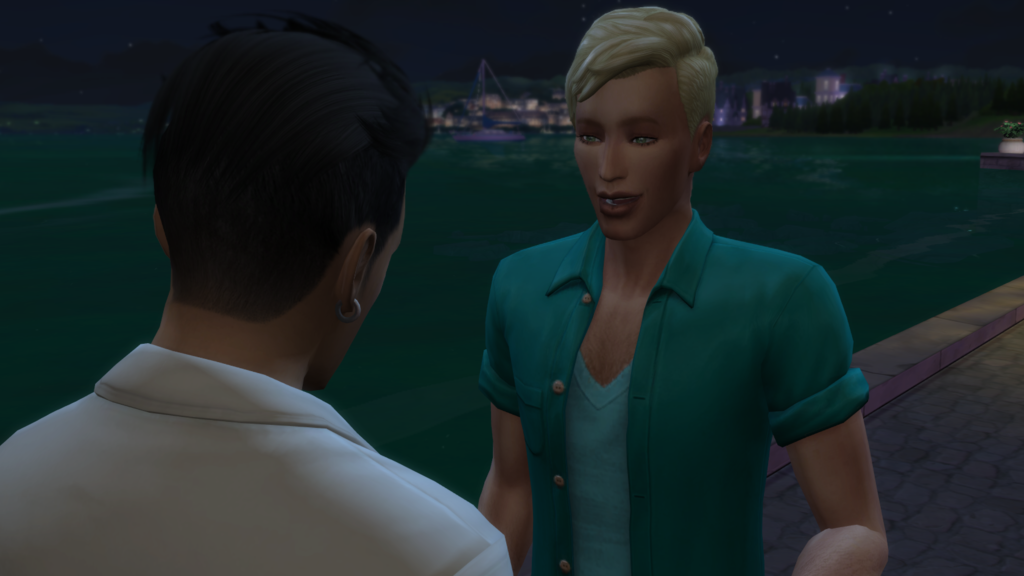 "You better promise you won't do something like that again. You don't mess with the Fortners. What if he found out? I don't know what I'd do if something happened to you."
​ 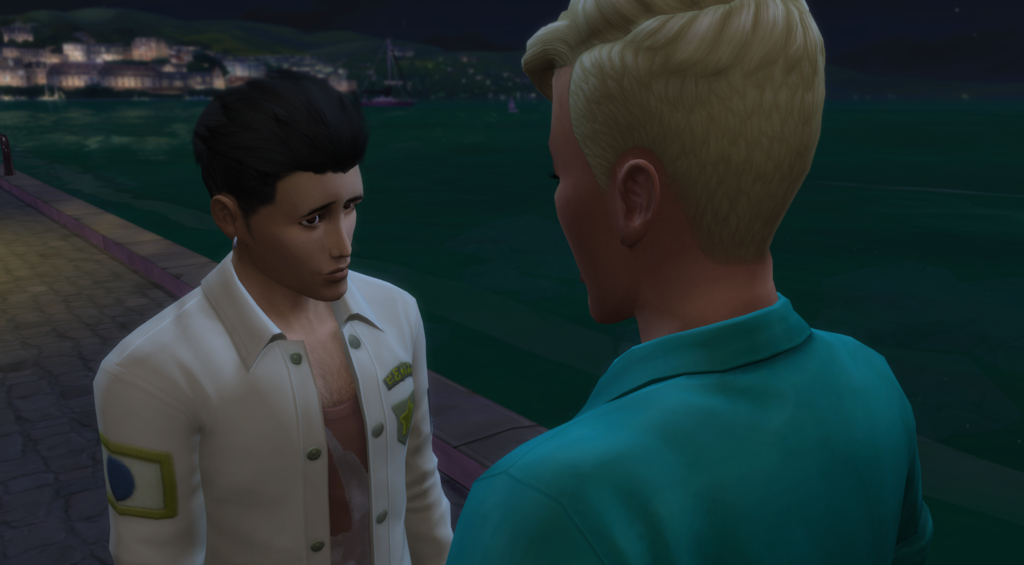 "Look, I disguised myself really well and besides, it's been over three weeks ago. If he did know something, don't you think he would have moved on me by now?"
​ 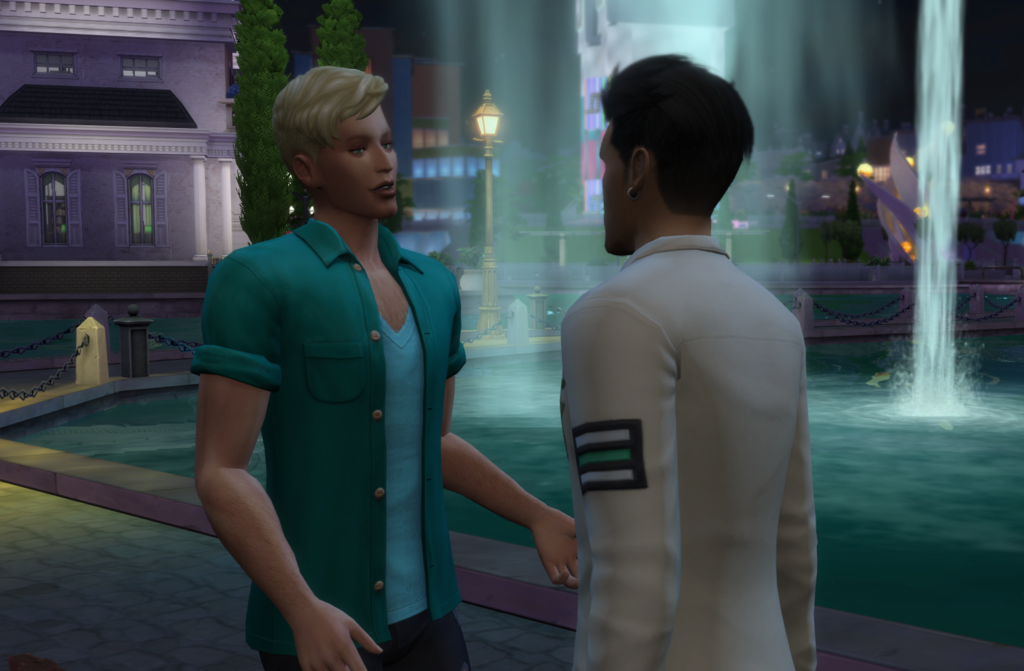 I heard Briar's tense voice several hundred feet from us and we both reacted.
​ 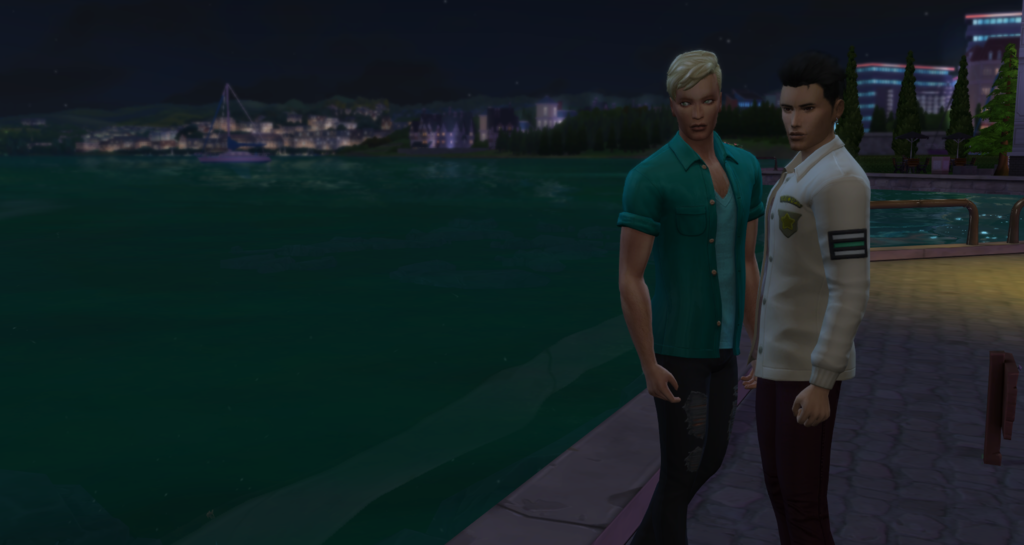 Daniel grabbed her around the neck. I could tell she didn't want to be with him. My hands drew into fists. I wanted to rip her away from him.
​ 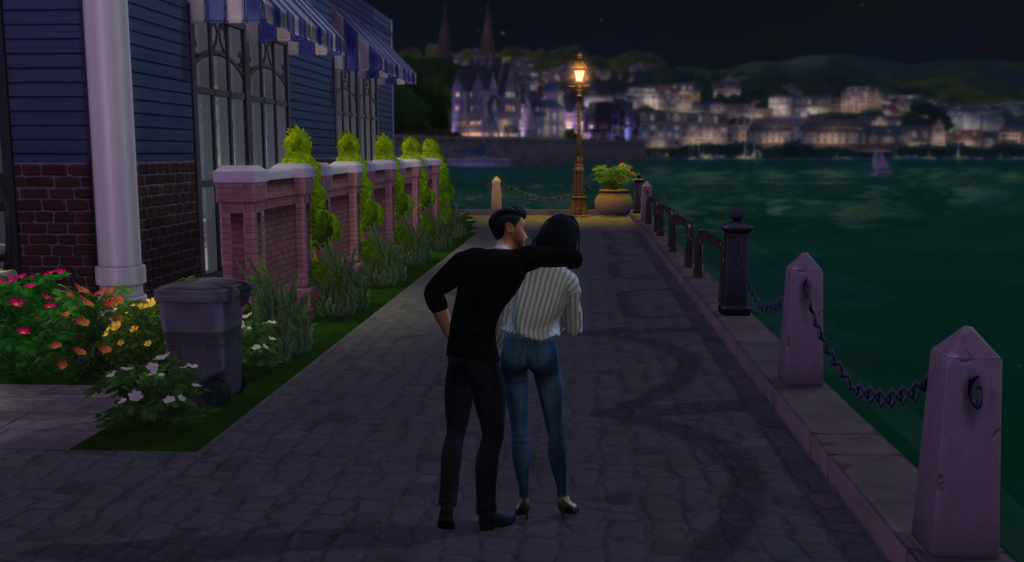 Turning away, I gazed out at the ocean, saying, "Why don't you get away from here? Just leave. Now. I don't think I can handle one more minute of watching him control her anymore."

Beau drew in a deep breath and let it out slowly. "I don't have the cash. When I do, we'll go. Don't worry." 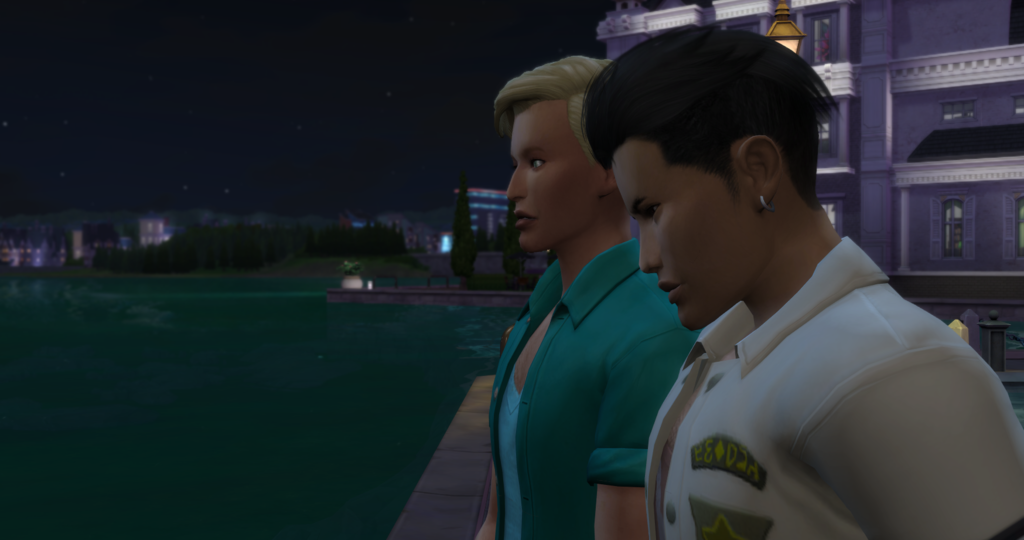 "How much do you need? You know my parents would..."

"No, August. I don't want them to know anything. I've got this, okay? The fewer people involved the better."

"They wouldn't have to know. We could make up something."

"Drop it, okay? We only have one more month until graduation and then we'll go."

Beau could be so stubborn. Wasn't Briar's safety worth not graduating? They both could get their GED anywhere. I felt as if he wasn't telling me everything. Like there was something else holding him here, but I couldn't figure out what that could be.
​ 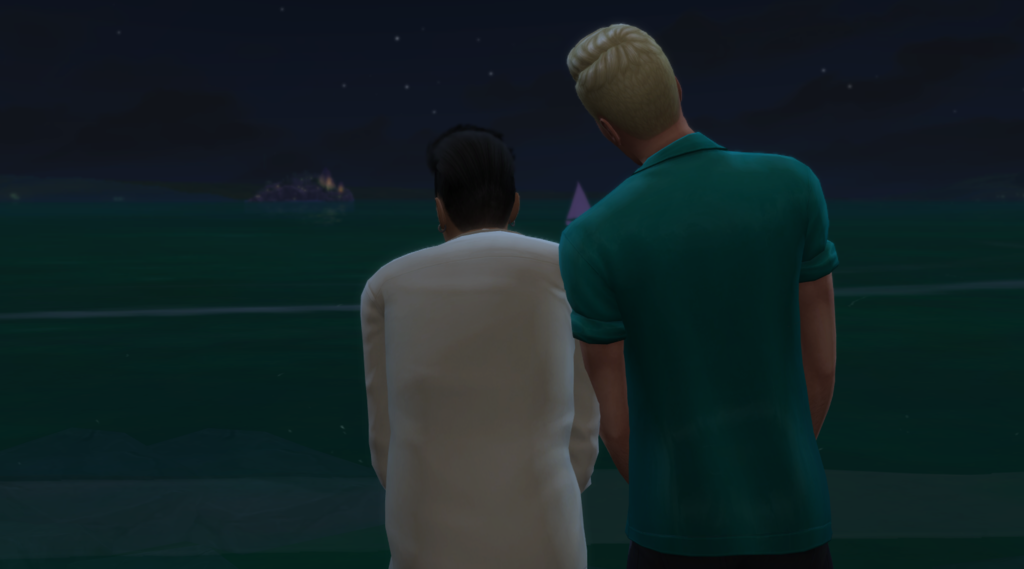 After we sat and talked for hours, it was getting late, so I ambled up the walkway toward the parking lot to my car when something cold and hard poked my back.

I was about to jerk around when I heard a low, husky voice. "Don't move unless you want to die."
​ 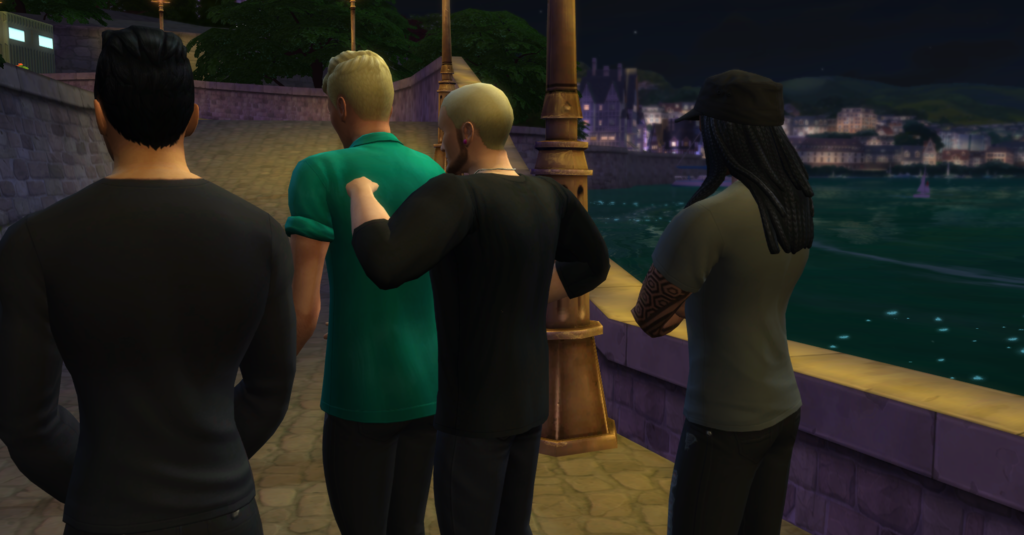 My heart clamored through my throat, choking me as my stomach plunged. 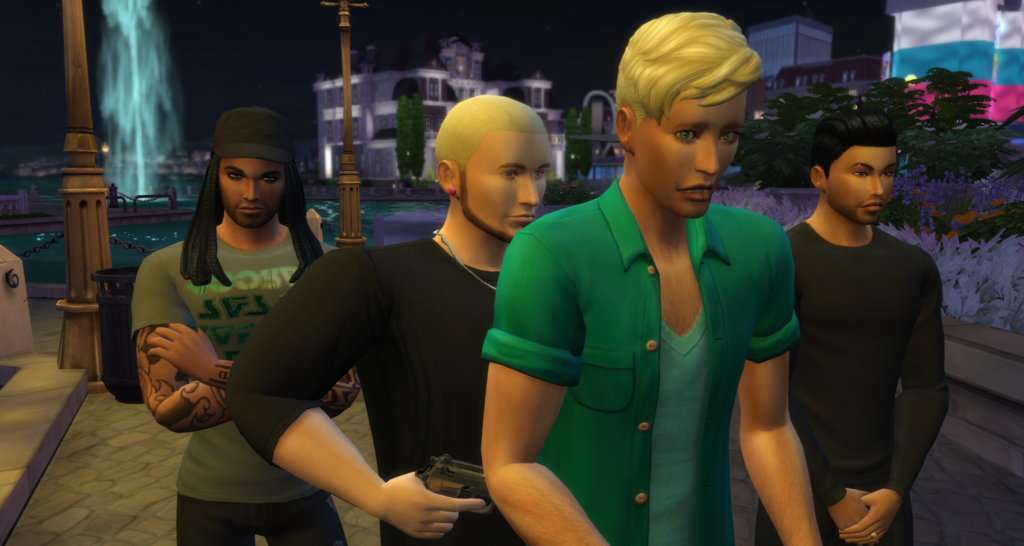 May your 2018 be the best ever!
Thank you for making writing this story such a joy!
I appreciate your continued support! 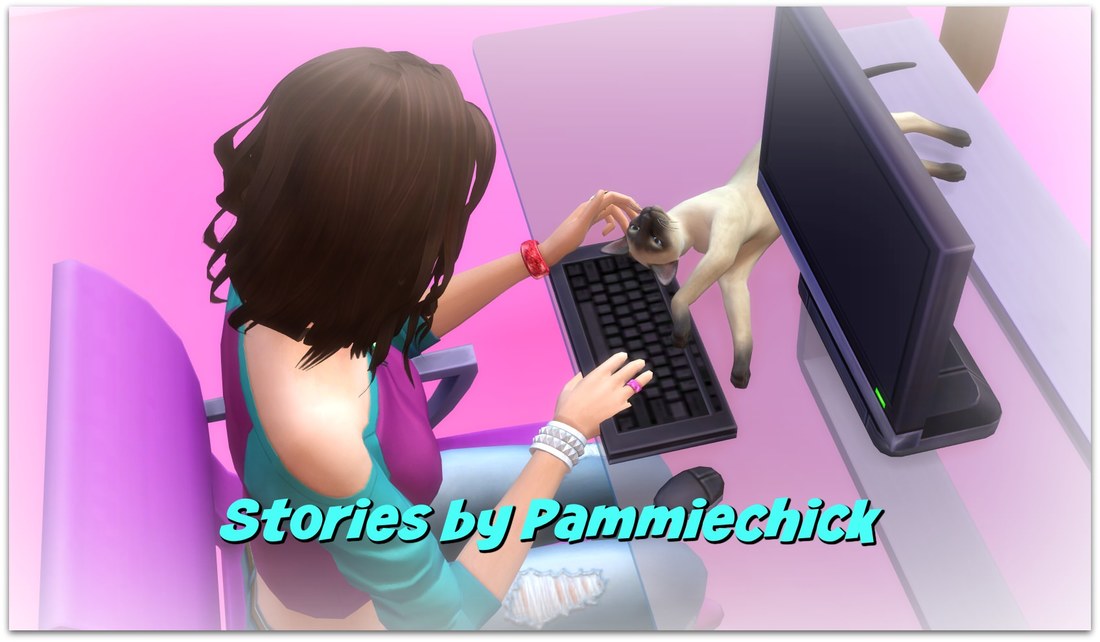 
Next chapter will be up Wednesday, January 3rd.