It was a dark and murky day. Thunder crashed outside as my science teacher did the unthinkable--paired me up with Amber Coleson. Normally, I did labs with Chase, but Mr. Jones told us he didn't want us to rely on the same person, so he would change our partners from time to time.

"Look, August, I don't want to get a bad grade because of you, so just stand back and don't get in my way." 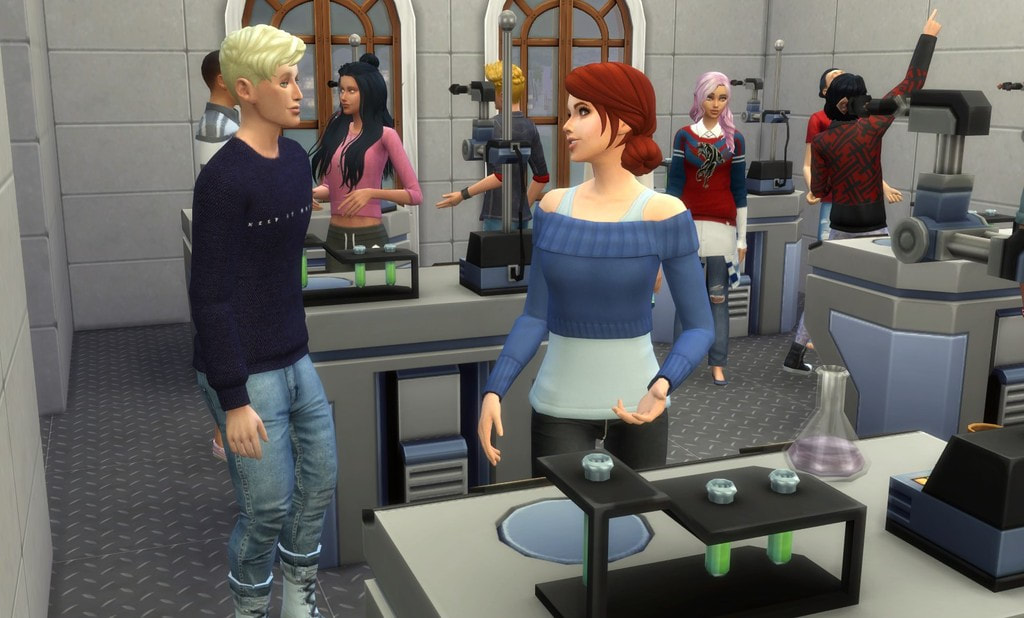 Beau told me Ethan broke up with her because he was having problems at home and his mom needed him. Sounded bogus to me. I wasn't quite buying that, but Beau had never lied to me before. I figured that was the excuse Ethan gave him for acting like a total douche. I could always try to get the truth out of Amber, but honestly, I didn't care. Ethan was back to his normal self to me and our fight was all blowing over like I thought it would.
​
I noticed she grabbed the wrong test tube and was about to ruin the whole experiment. "You're supposed to add the salt solution, not hydrogen peroxide. That's in the next phase."
​ 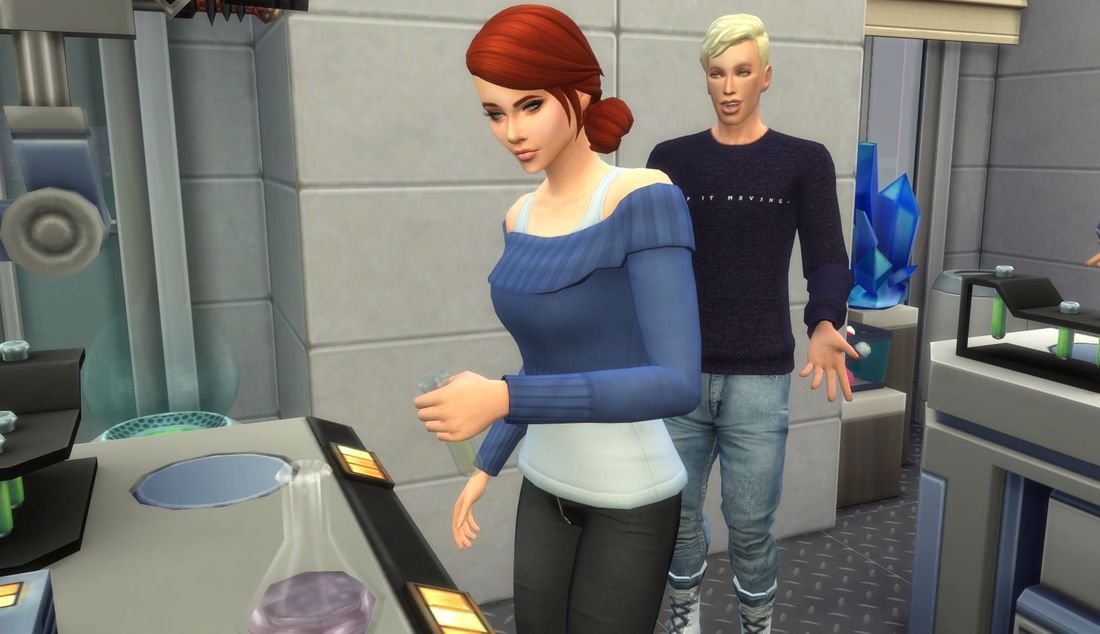 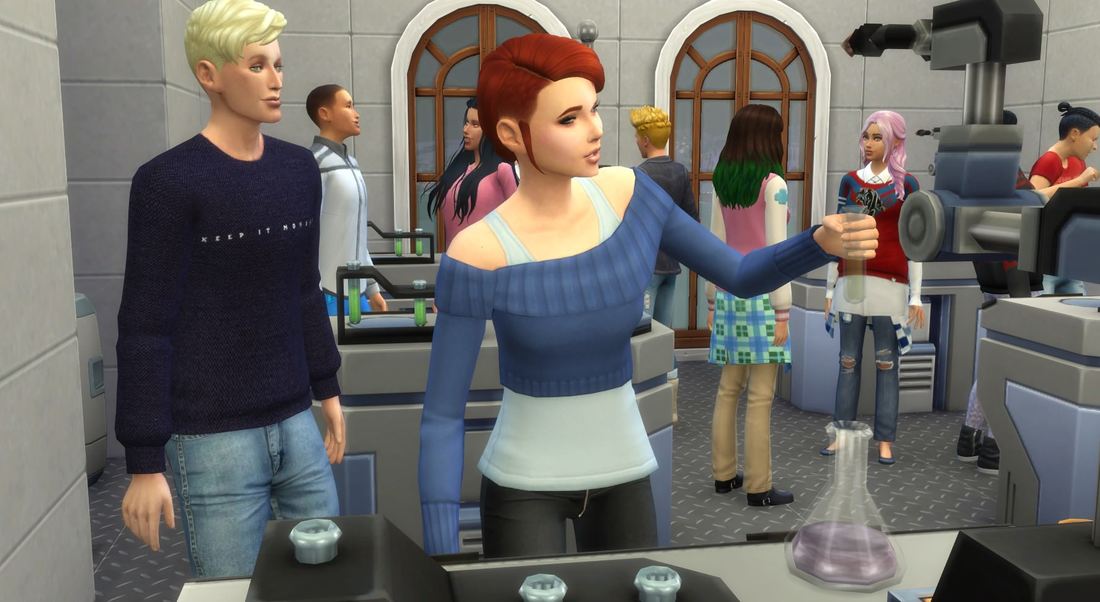 "Why do you have to be such a bitch all the time, Amber? I'm trying to save our asses here."

Turning around slowly, she growled, "What did you just say?"
​ 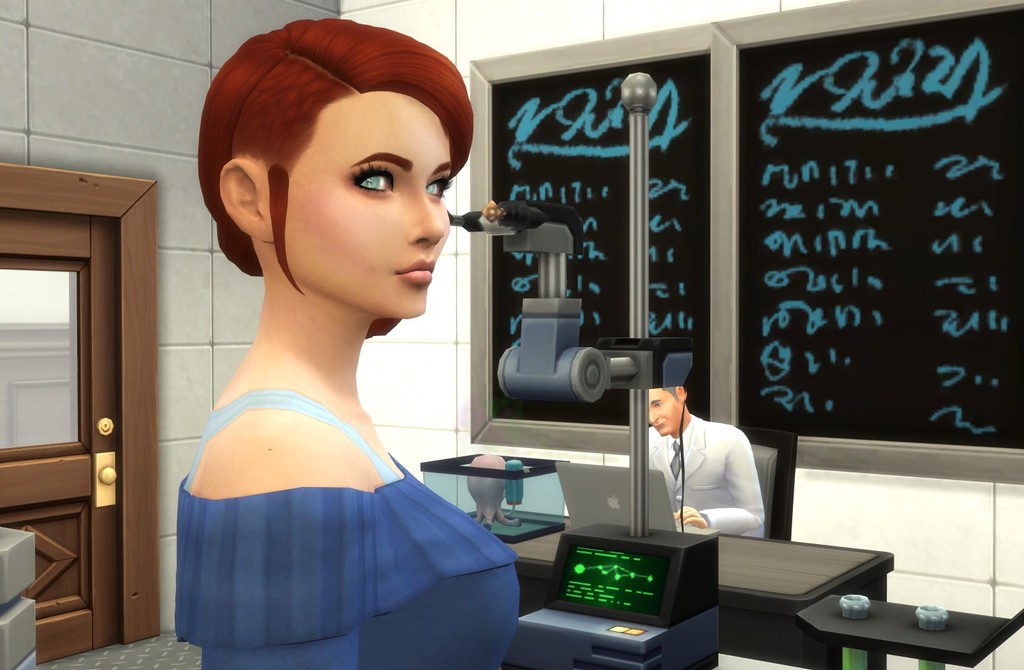 "Come on, you've been nothing but bitchy to me ever since I went out with Etoile. And I didn't even do anything wrong to her. You know it. I wish you'd stop taking out whatever misery you're in on me. And for what it's worth..." I stopped and ran my fingers through my hair, not believing I was trying to be nice to her. "I'm um...I'm sorry about you and Ethan. I know what it's like to get dumped. It's not fun."

She stared at me, eyes watering a little as her mouth trembled. 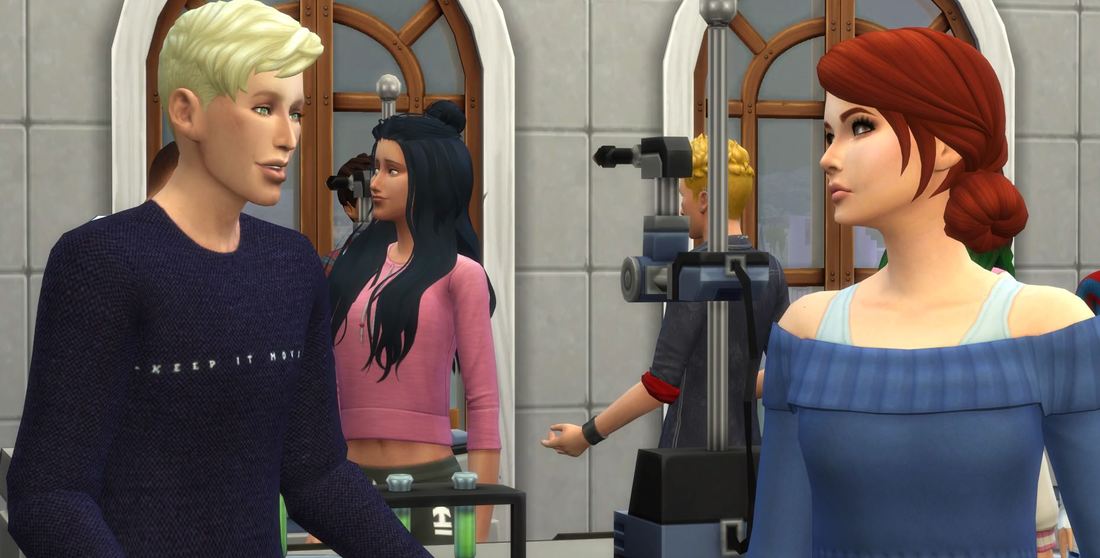 Without another word, she poured the peroxide into the other solution. Instantly, a tower of bubbles sprayed into the air. I had to try not to laugh.
​ 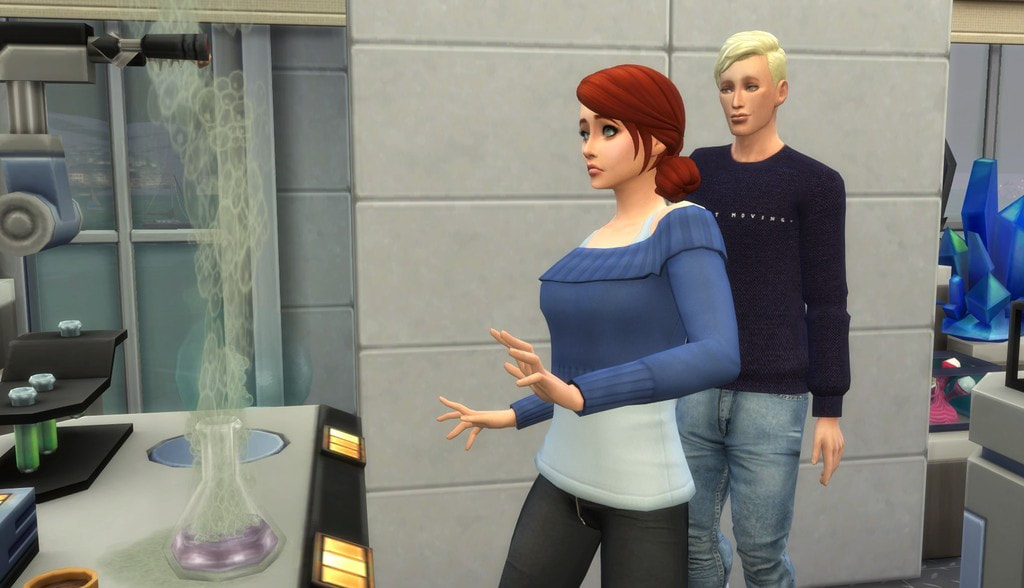 Eyebrow arching, I said, "See? I know what I'm talking about. I think I'll take over from here."

Amber giggled. It was the first time I'd ever seen her even remotely think about smiling at me.
​ 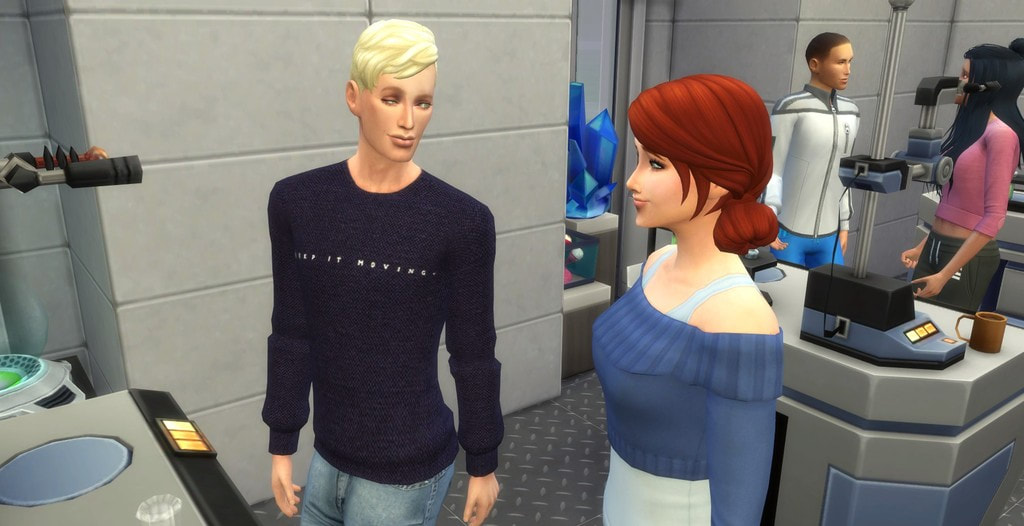 As I mixed the next set of solutions together, Amber said, "You know, August, you're not too bad when you're not acting all full of yourself all the time." 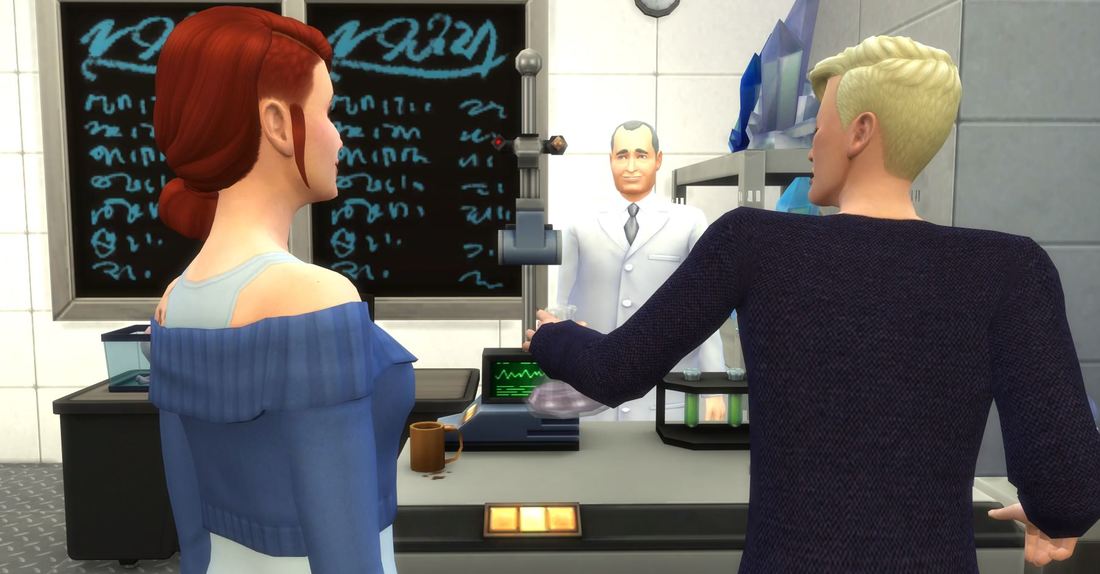 I clicked on the bunsen burner. "What do you mean? So, I'm good at everything. Is there anything wrong with owning up to the truth?" 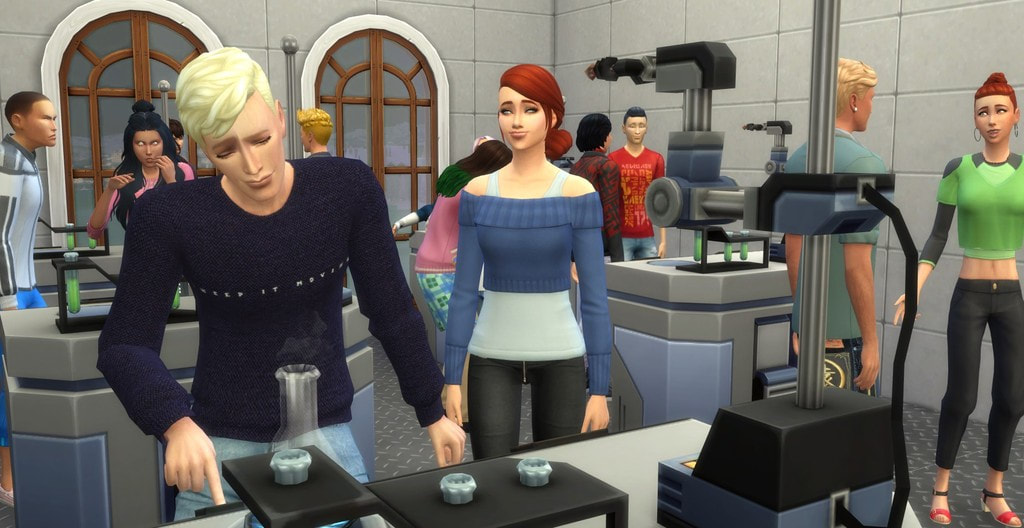 "True...but I'm a smart dick. There's a difference." I swirled the solution, making it turn a nice shade of purple. Exactly what it was supposed to do.

"Jackass," she retorted. But I heard an undertone of friendliness in that curse.

​Maybe Amber Coleson wasn't so bad after all. 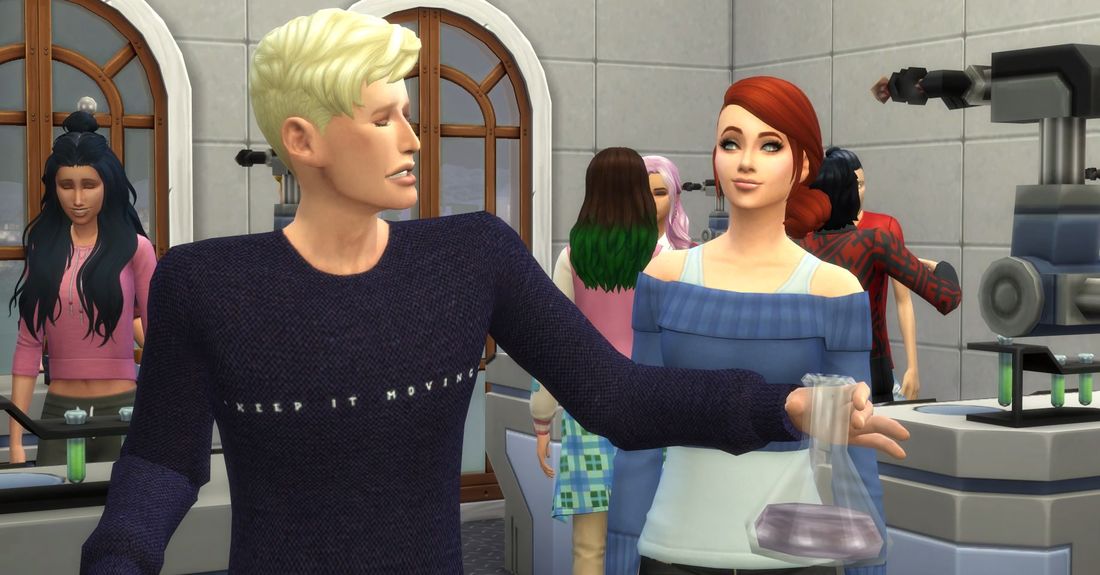 I'd been training with August for the past two months, going to his home gym after school. It was my favorite time of the day. Maybe I was being foolish, but I felt this electric tension between us growing. I was sure I was making stuff up in my mind. I tended to do that where August was concerned, but he hadn't even talked about girls since we'd started training and so, naturally, my naiive brain took it to a romantic level.

But I wasn't stupid enough to think he felt an attraction to me. I was just happy to be around him almost every day. 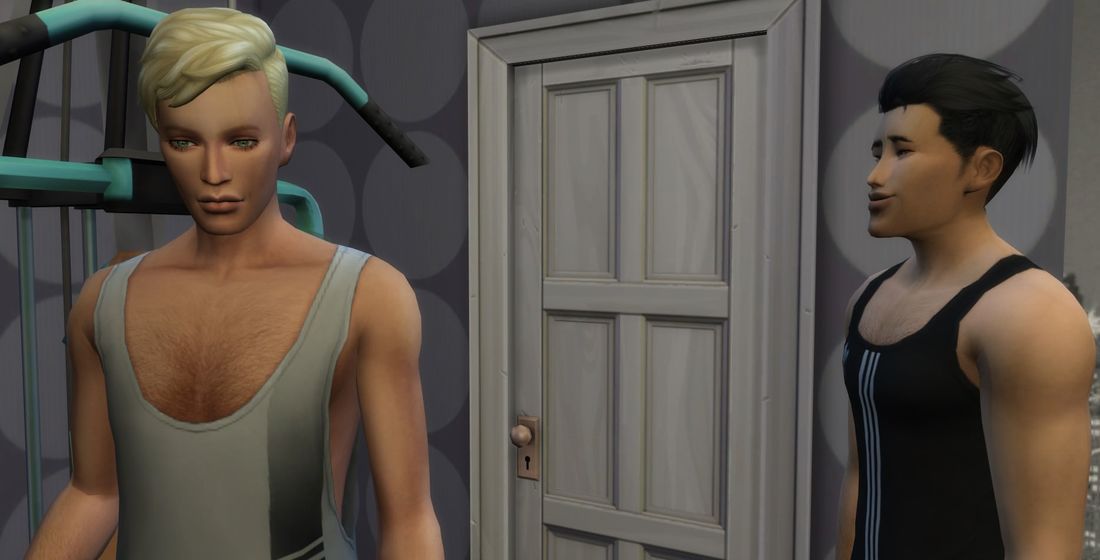 The trainer his mom hired was a master. He was none other than Donor McGregor--world MMA champion of his weight class a few years ago. He got too many concussions and decided to retire at the ripe old age of 28. I was giddy just being this close to a superstar. The guy grew up in Brindleton Bay, so when August's mom reached out to him to help her promote her new club, he jumped at the chance of being near his family.

"That's it, Beau. You're working well with your feet and fists. Keep that up, and you won't even have to go to the ground."
​ 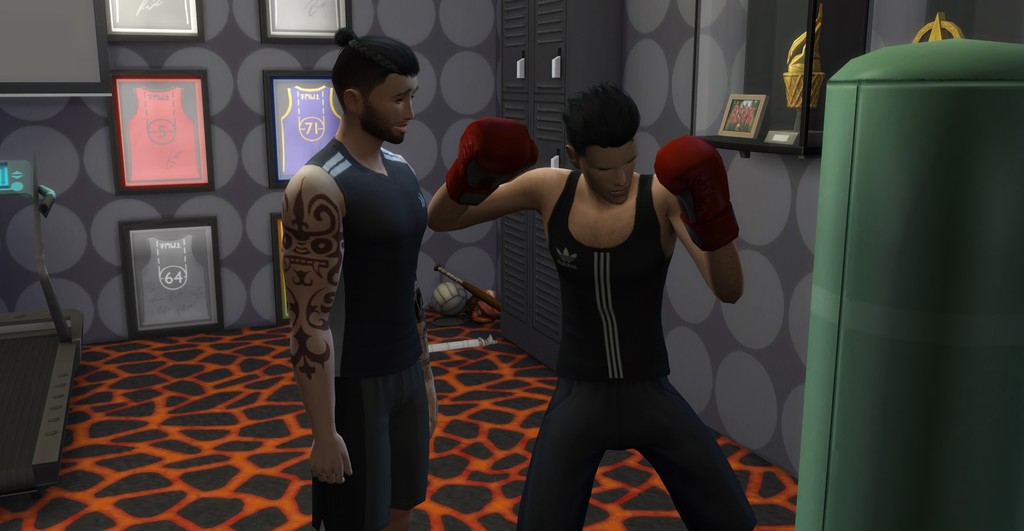 I really enjoyed boxing the most. It came naturally to me. Maybe because I could release any stress I'd had while watching August next to me and never being able to express my feelings to him. 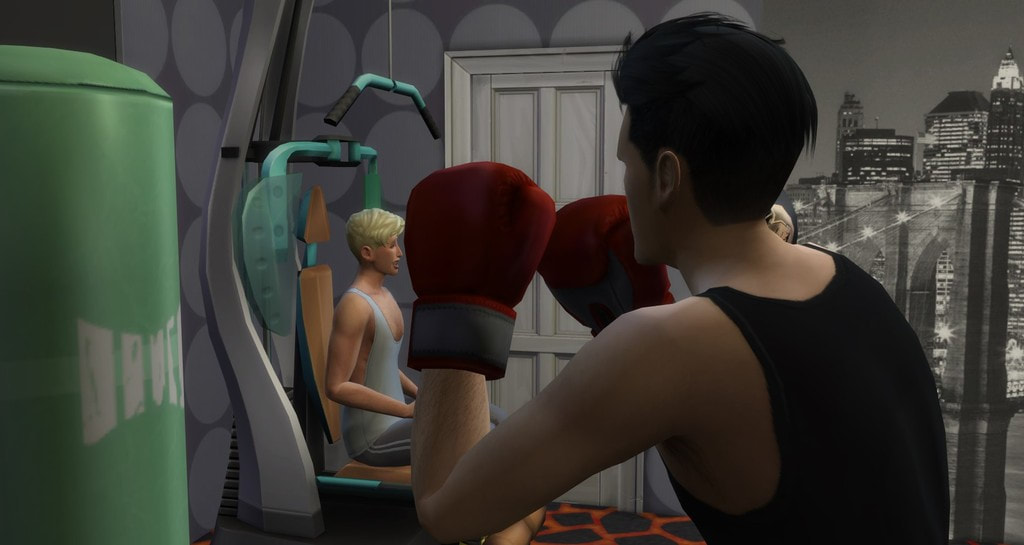 We went through basic moves today. I wasn't too bad at wrestling. 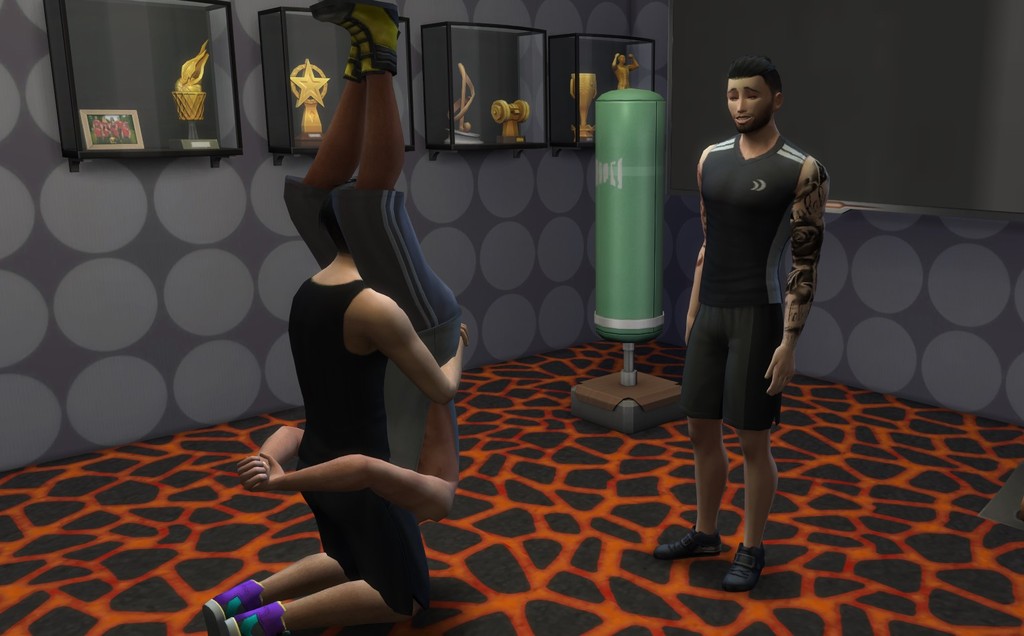 But August was way better at everything than me. Well, he'd been doing this for a while, so he would catch me off guard a lot.

Today, in a sudden burst, he did a flying leap and struck my jaw with his foot.

Stars erupted before my eyes as pain shot through my jaw.
​ 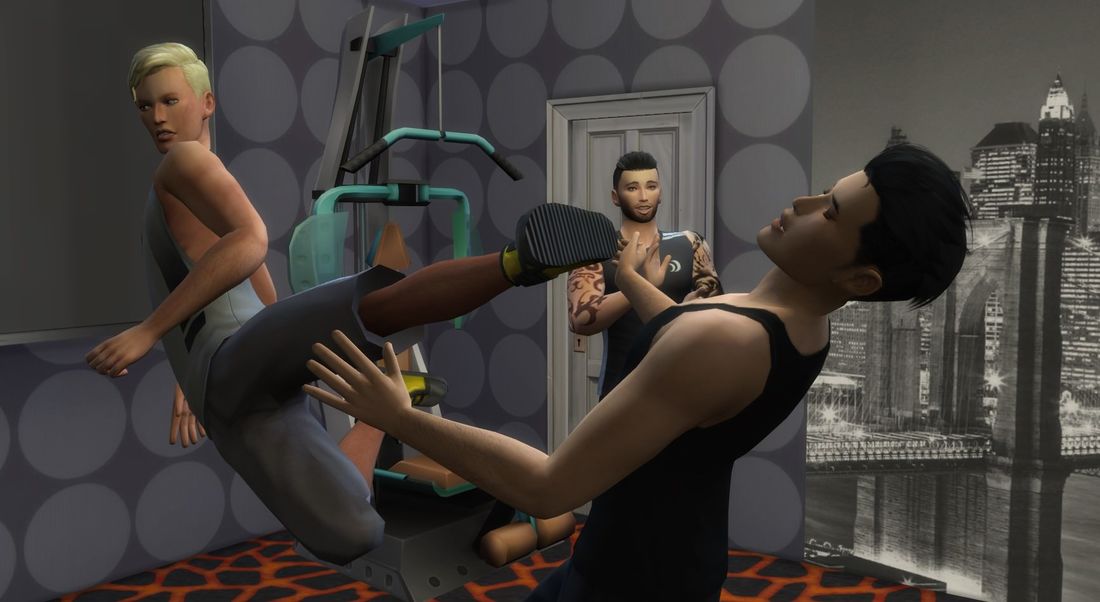 "Good one, August!" our coach cried, clapping. "Beau, you really need to keep your hands up and dodge!"

"Are you okay?" August asked with a worried look on his face. 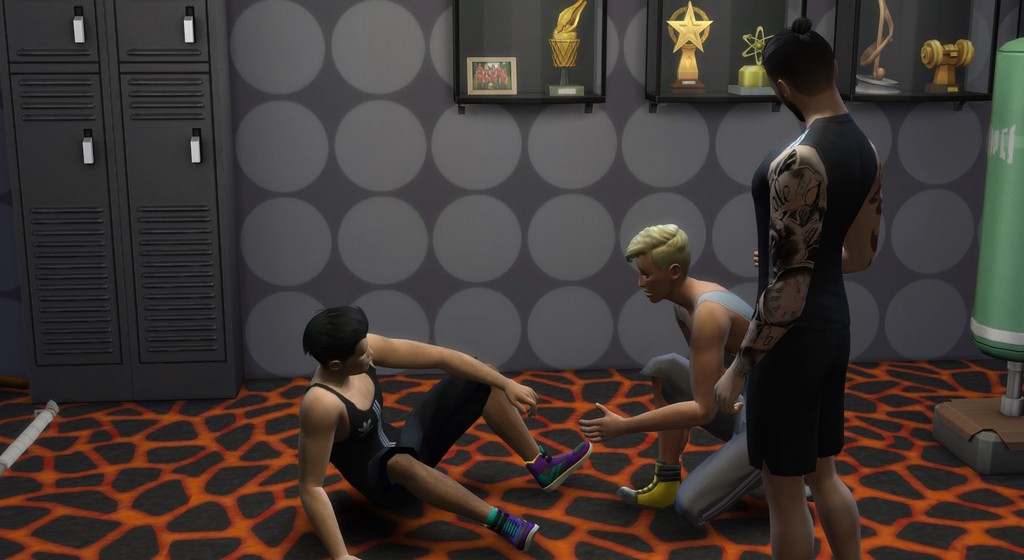 Jaw throbbing, I nodded. I didn't want to show August that I was some wimp. "I'm fine."
​ 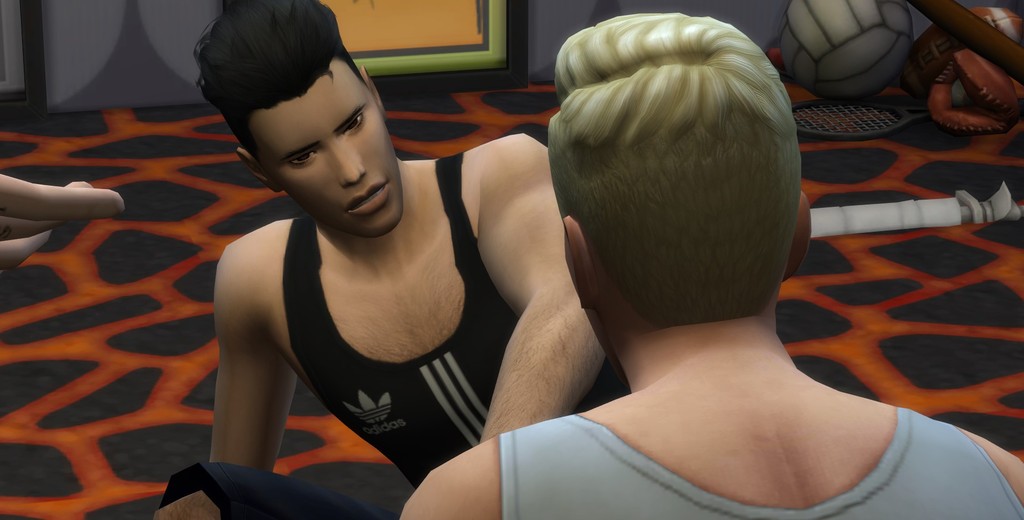 "I didn't mean to hit you like that. I'm sorry. I thought you'd dodge it." August grabbed my hand and pulled me to my feet.
​ 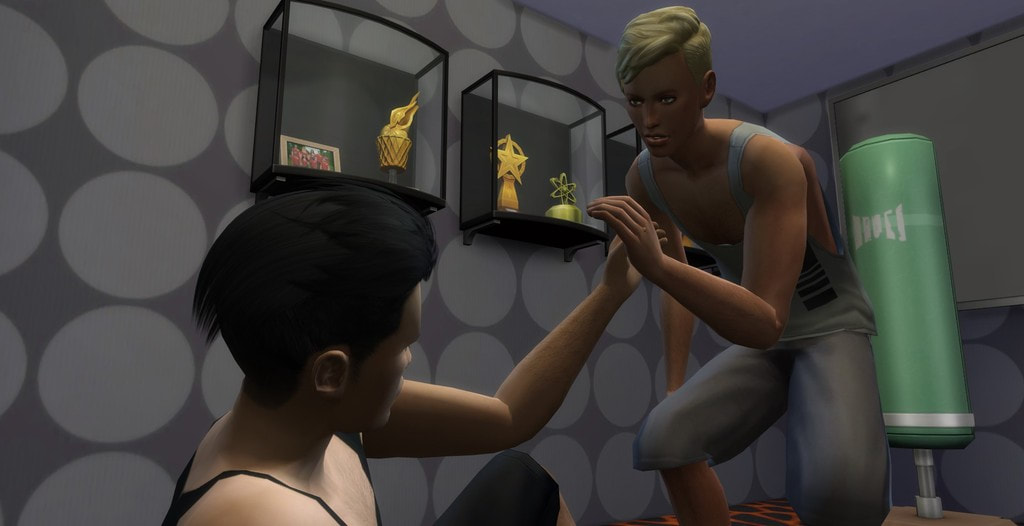 "That was great, August," Coach McGregor said. "I want to see more moves like that in the future. Hey, you two, I've got to go. Wife's been texting, wondering when I'll be home, but do one hundred sit ups a piece before you're done. Okay?" 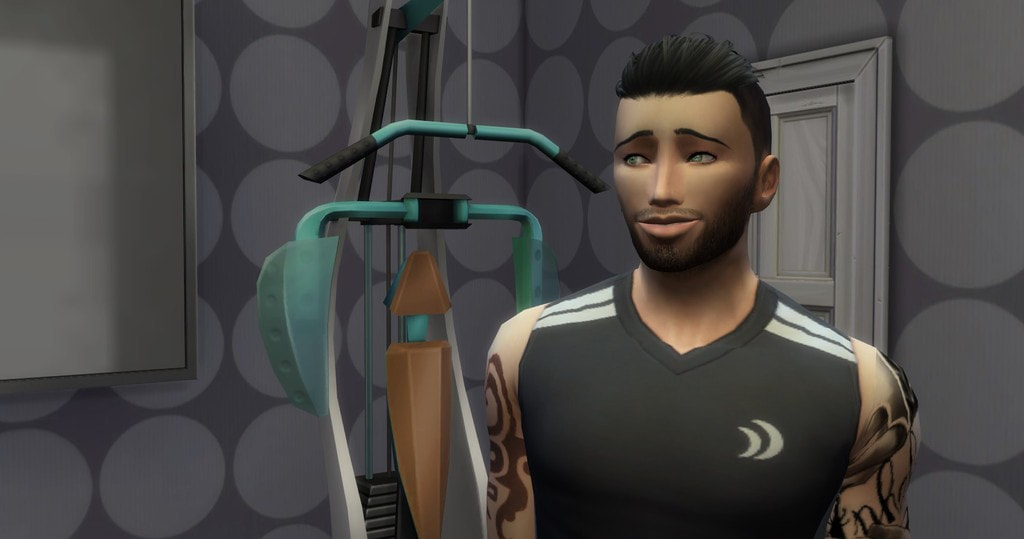 We both nodded and waved good bye as he left through the door.
​​
I started first, trying to crank these out as fast as possible.

As I was about to do my fiftieth, August asked, softly, "Are you sure you're okay? Your jaw looks puffy."
​ 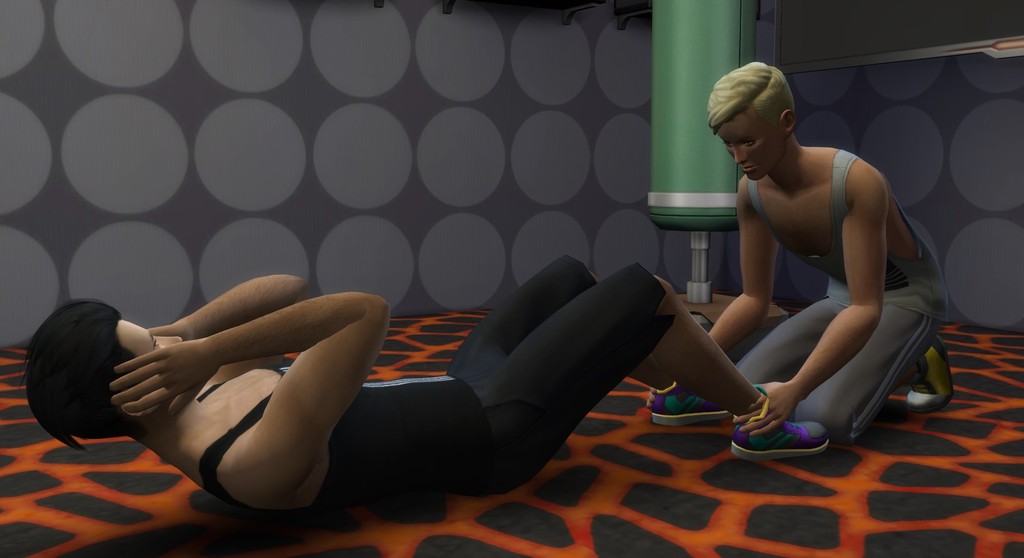 This question stunned me. Was I imagining things or was he really worried about me?

I couldn't help myself even though I thought I'd regret it later. Reaching out to him, I said, "August, I'm fine. Why are you so concerned? You've hit your sparring partners before."

He looked down. I left my hands on his face. He didn't pull away.
​ 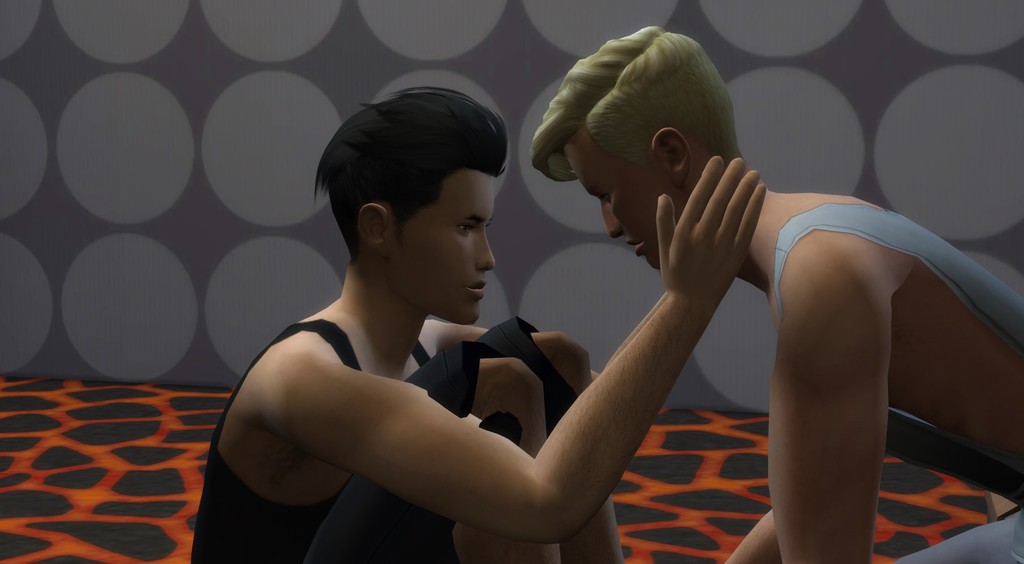 Those words sent shivers through me.
​ 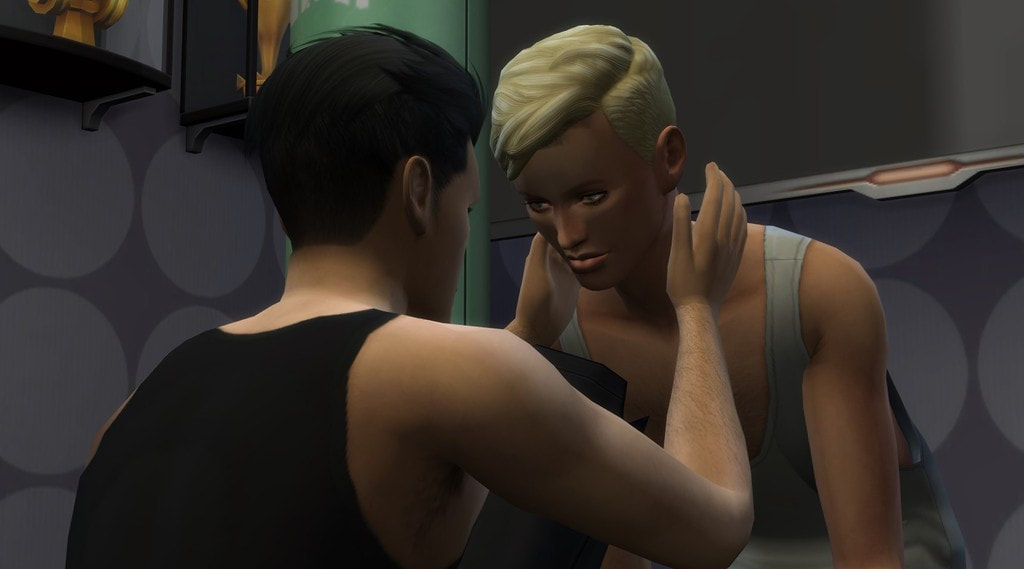 What happened next came so naturally like we'd always been this way with each other. I pulled him down with me, and he followed, closing up the space between us.
​ 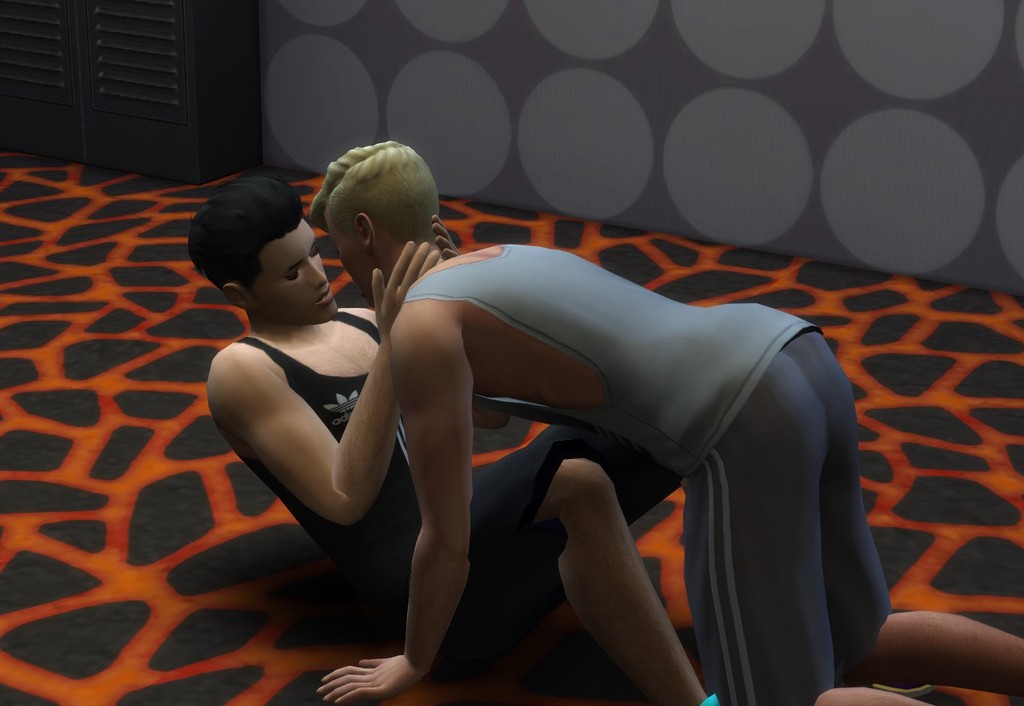 I took his head gently, and he touched his lips to mine, softly at first.
​ 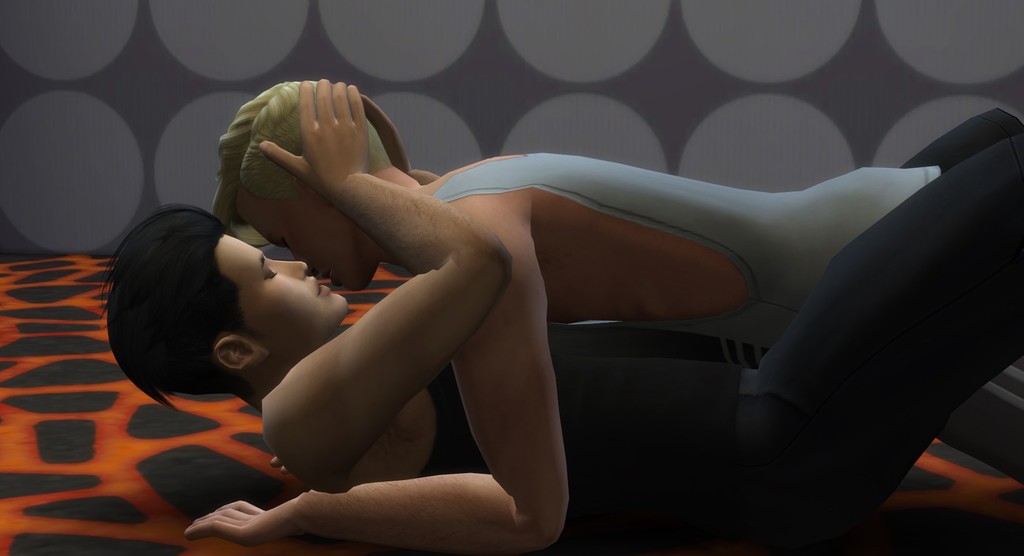 And then we drew in tighter, pressing in on each other. His tongue slipped inside my mouth and our kiss deepened with a sweet urgency. I felt the strong muscles in his back as he kissed my neck and then back to my lips again. I could have stayed like that all day, basking in being with him like this.

But suddenly, he pulled back, asking, "What's wrong?"

I smiled, breathing hard. "Nothing," I said, laughing. "I'm just so damned happy, August. I can't help it."

He felt the same way about me. I knew it. Even back when we were little kids, he did kiss me. I wasn't imagining a thing. And that gave me such a relief to know that finally, we were going to be together.
​ 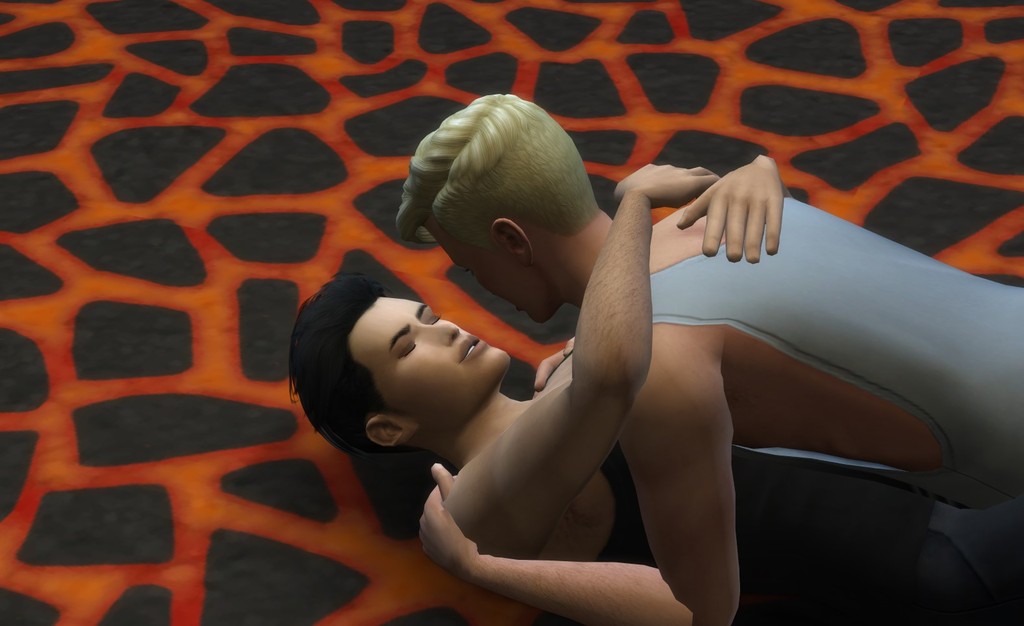