​As I entered the house, my mind was a swirly vortex of English accents, tanned skin, and hypnotic kisses. Julien was all I could think about. He put a neverending smile on my face. 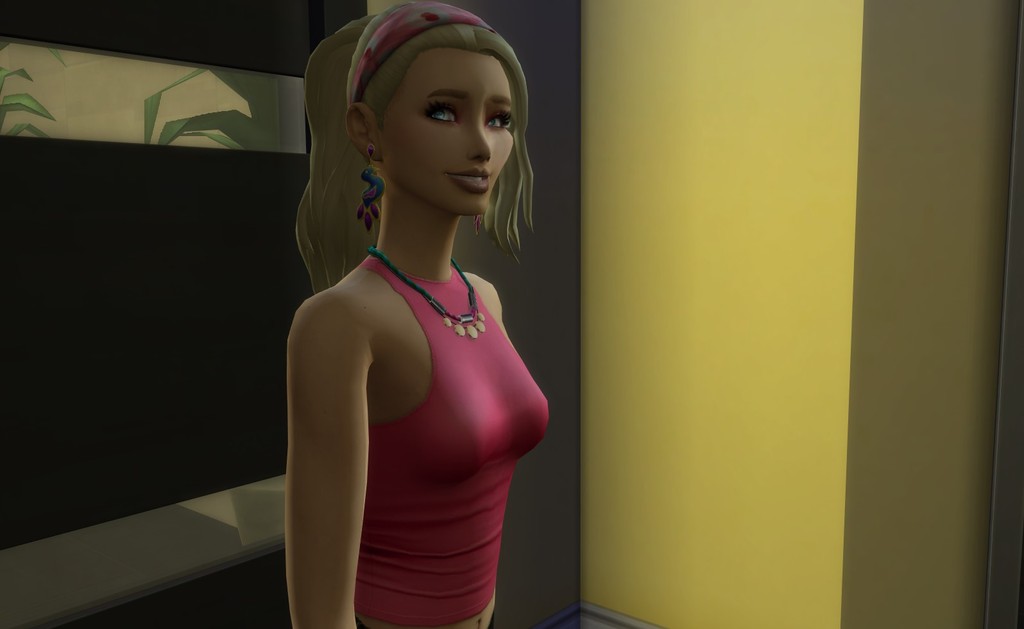 Feeling a buzz in my pocket, I pulled out my phone to this sweet message.
​ 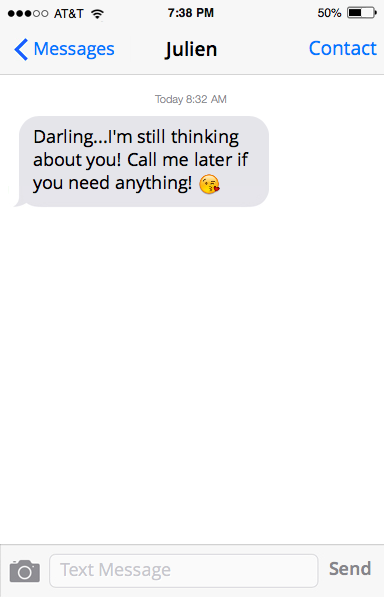 And then my mother's tight voice broke my reverie.

"He needs a drug test. Tomorrow. I don't care if you have to bribe the judge to do the order quickly...Gwendolyn, you know it isn't a bunch of lies. He's on drugs again."
​ 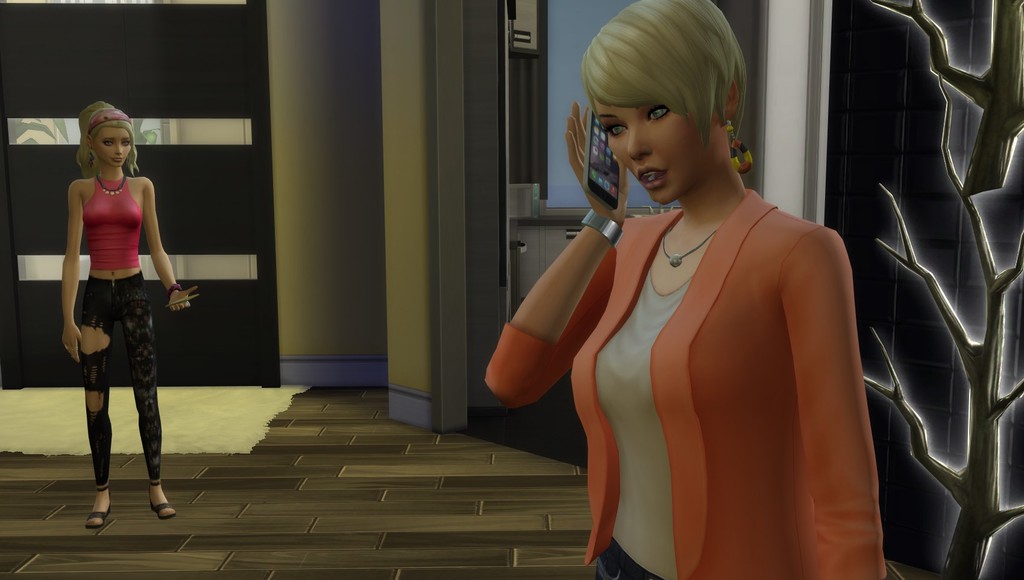 Drug test? Could she be talking about Daddy? H-How could she know about that?
​ 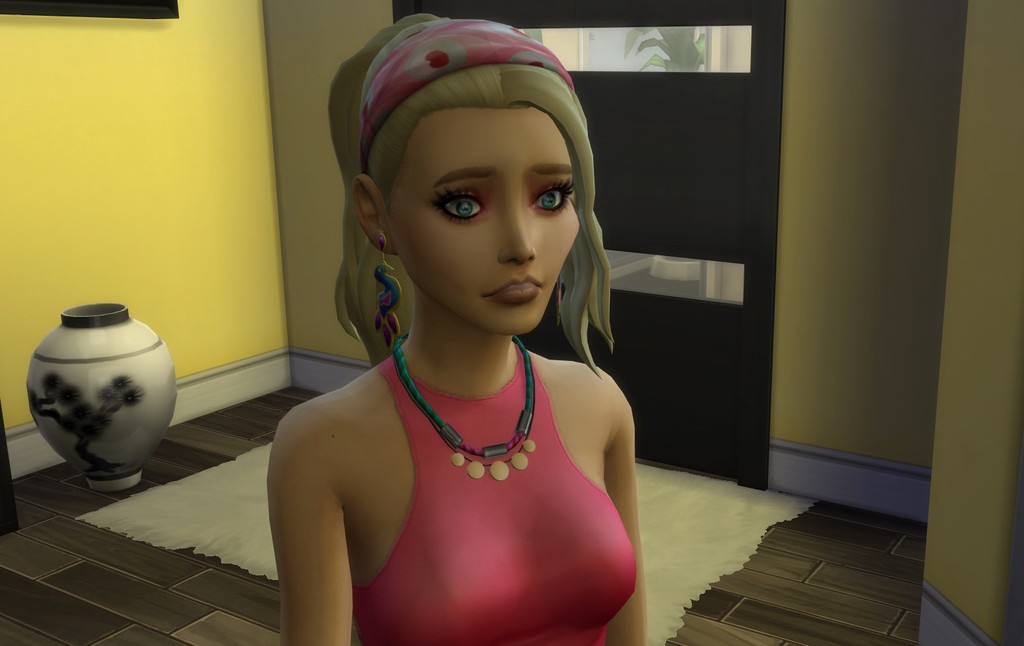 Noticing me in the doorway, Mother walked away and lowered her voice so I couldn't hear anything.
​

Pax was on the couch. Maybe he'd tell me what was going on. 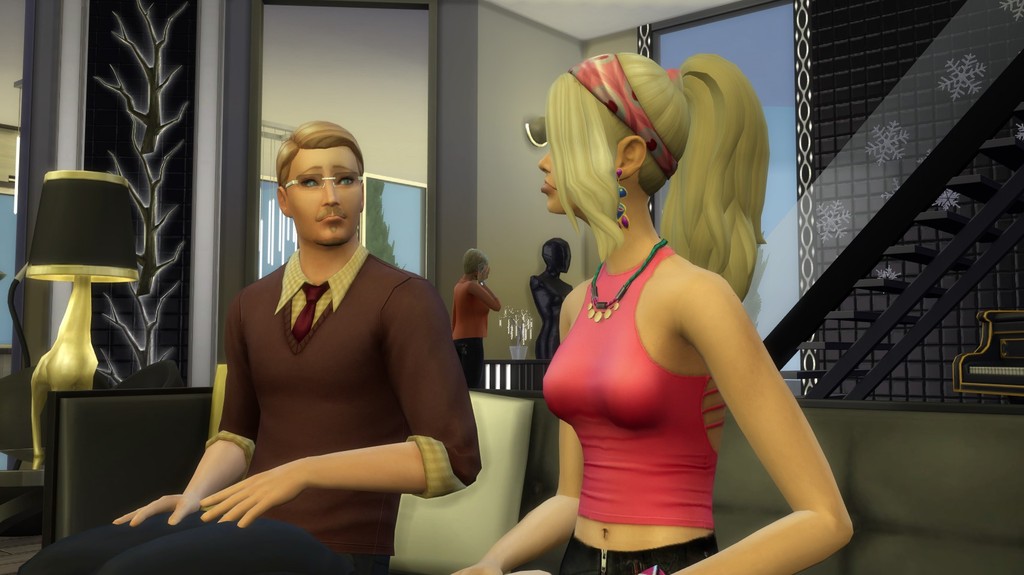 "She better not be fighting to stop my custody change," I said. It was going to be an all out war. It didn't matter if Daddy was smoking weed. Who cares about that? It was legal in over half the states anyway. And it wasn't like he was stoned all the time either.

"Siobhan...it's not that easy. This affects your brothers, too." 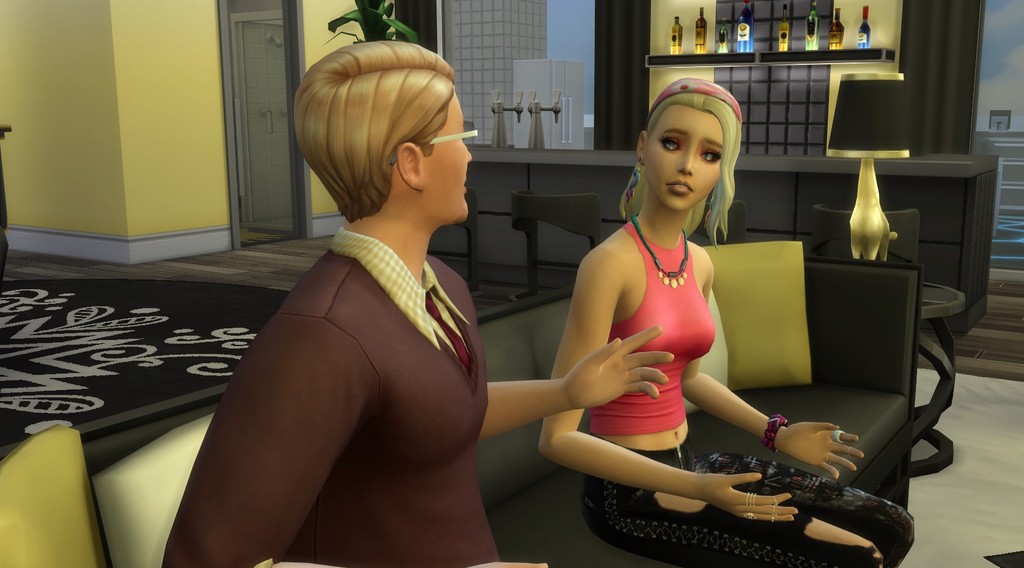 Hot tears welled up instantly. Just when I thought I could get out of this hell hole, she has to find out. But how?
​ 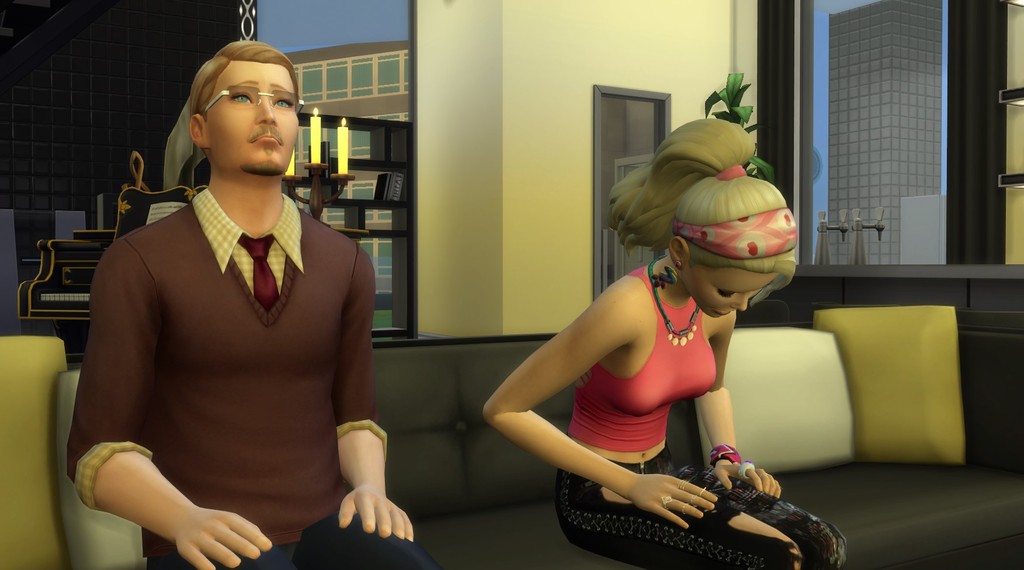 I had to go see him. I didn't care if it wasn't my "weekend" yet. No one could stop me.

As I was about to open the door, Pax came up and said, "Siobhan...you're going to visit him, aren't you? You know that will just make your mother even madder and she'll use it against him. Don't do this."
​ 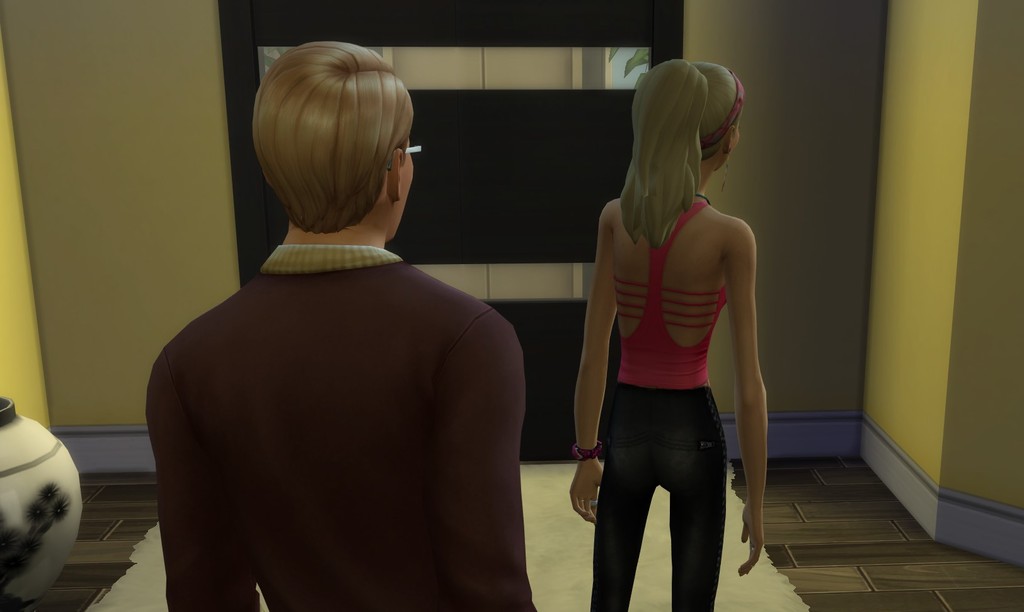 I closed my eyes, trying to swallow down the knot in my throat. "She doesn't have to know. Tell her I'm visiting Kailyn. Please."
​ 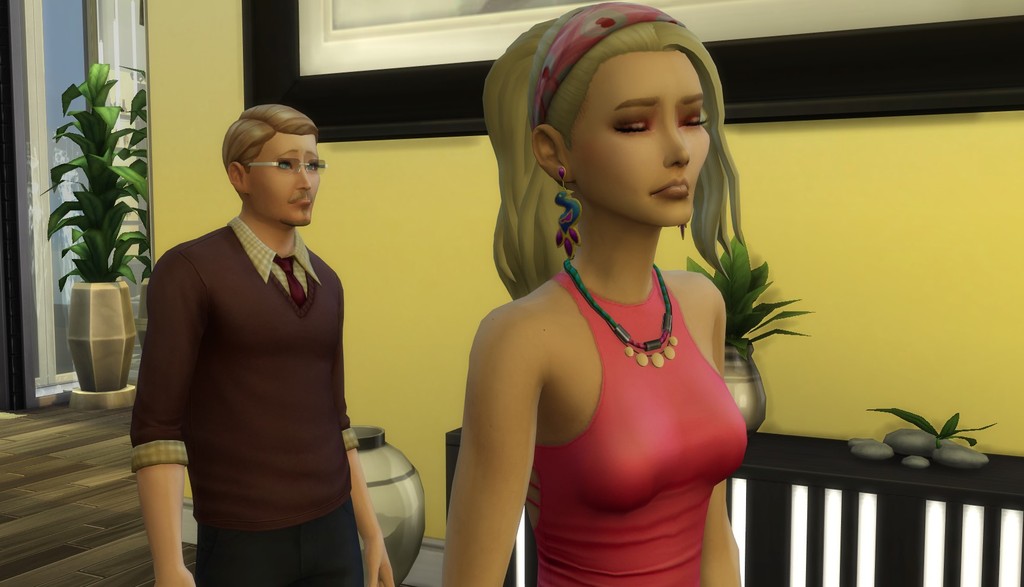 Thankfully, he didn't stop me. I was beginning to like Pax more and more. At least he had a heart. Unlike the shriveled prune of my mother's.

Hitting Julien's number, his lilting voice answered, "Hey, love. Are you okay? I've been so worried."
​ 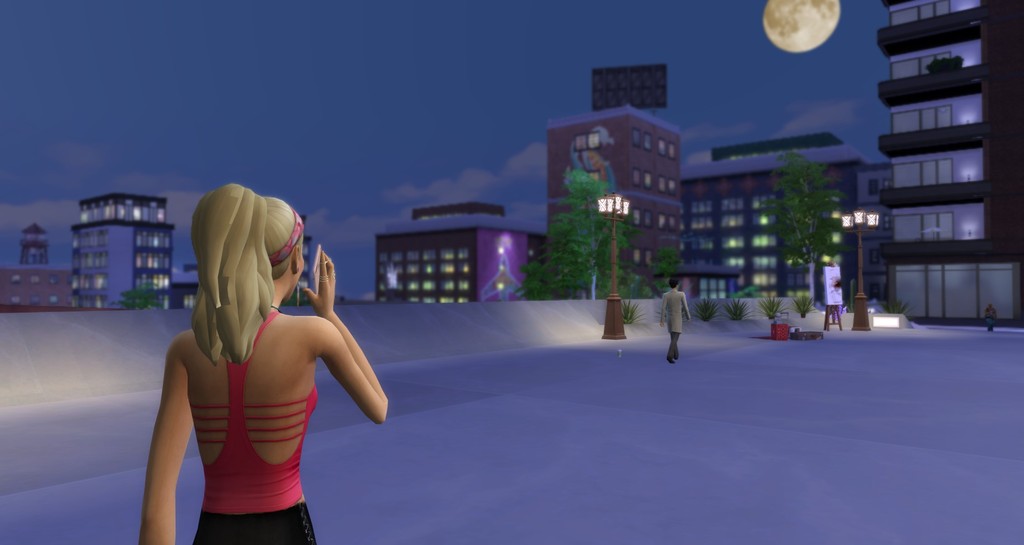 "Yes, darling. I'm sorry about that. I just didn't want to spoil the day. I'm a selfish twit. I hope you'll forgive me." 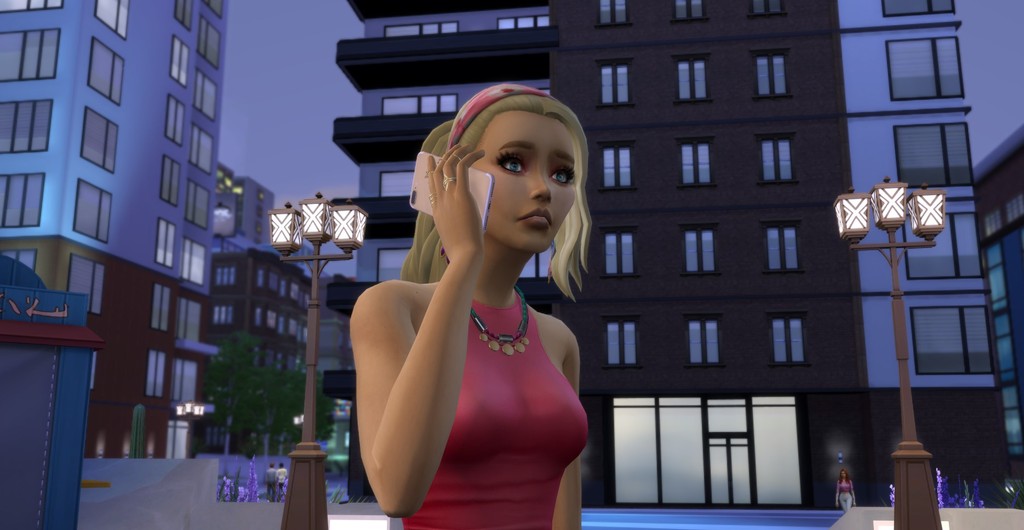 Shaking my head, I said, "Mother's on the phone to her lawyer right now. I know she won't stop until she takes away all his rights to us. What am I going to do?"

"You better hope he'd stayed clean after that night we found him. Not sure how long weed stays in the system."
​ 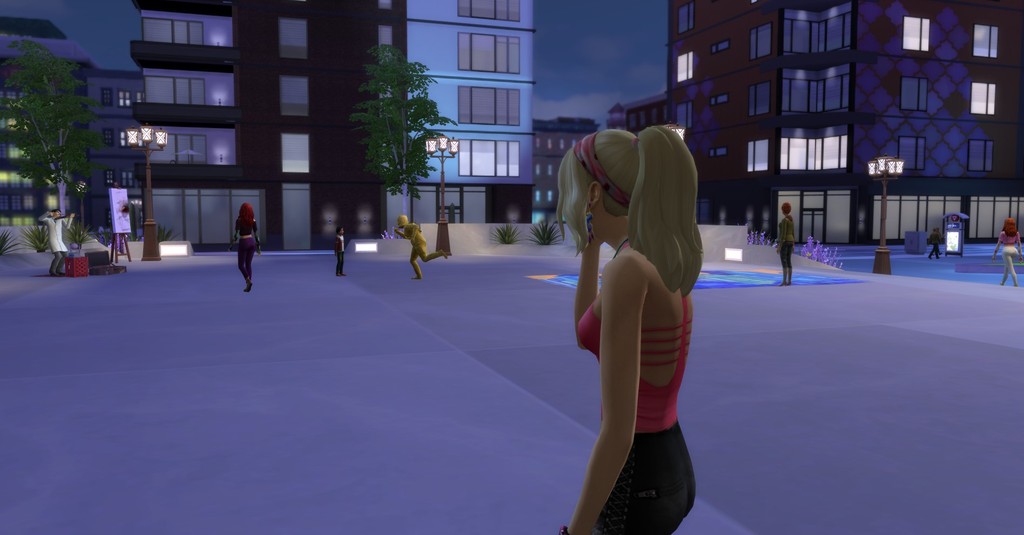 "I'm running away. She can't make me stay with her if she pulls this."

"Darling...didn't you tell me she'd threatened to put your father in jail if you did that?"

"I don't care. She's going to have a bloody massacre on her hands if she messes with me. I'll ruin her in the press. They'd love to hear what I have to say." 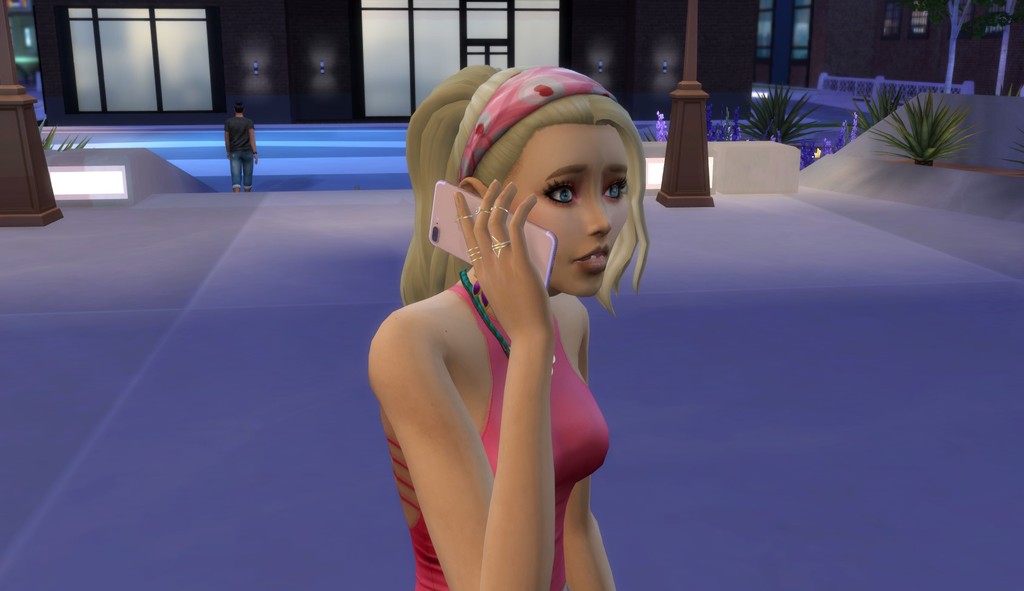 *****
​
Rushing into Daddy's house, the tears flowed when I saw him. I'd texted him to meet me there. He usually stayed at his studio penthouse with his bandmates if it wasn't our weekend.

"Sweetheart, don't cry." Daddy tried to comfort me. "Everything will work out. You'll see." 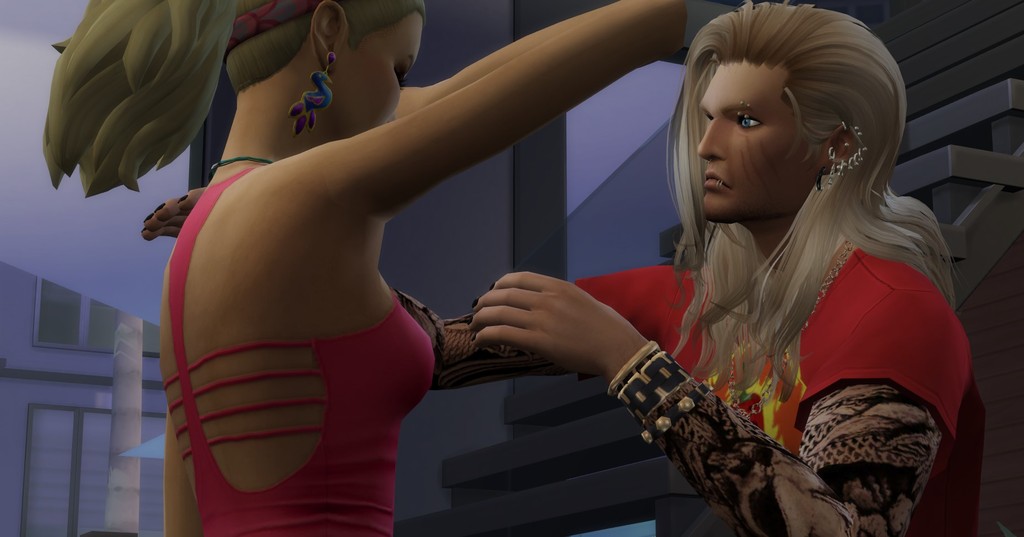 "But how? Mother's ordering a drug test for you right now. If you test positive..."
​ 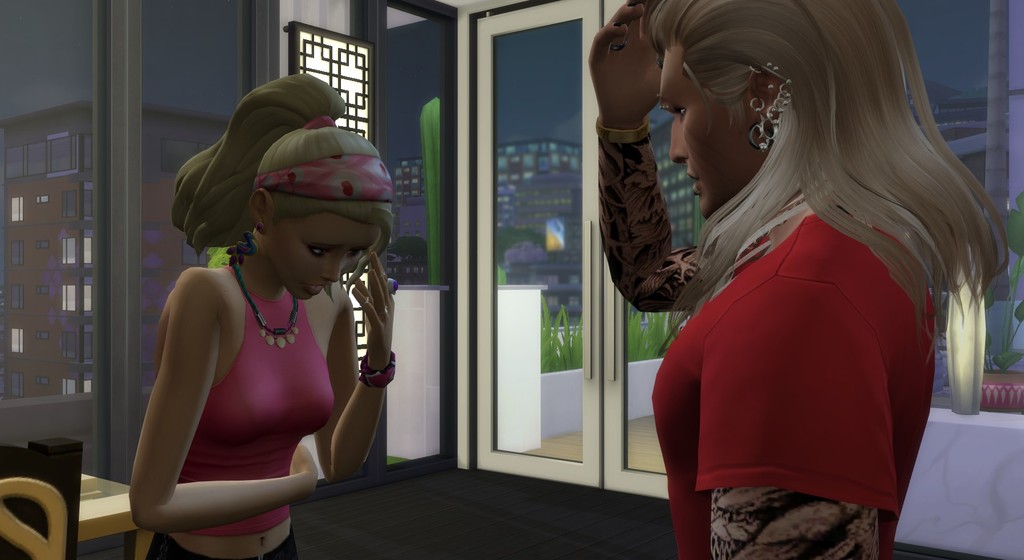 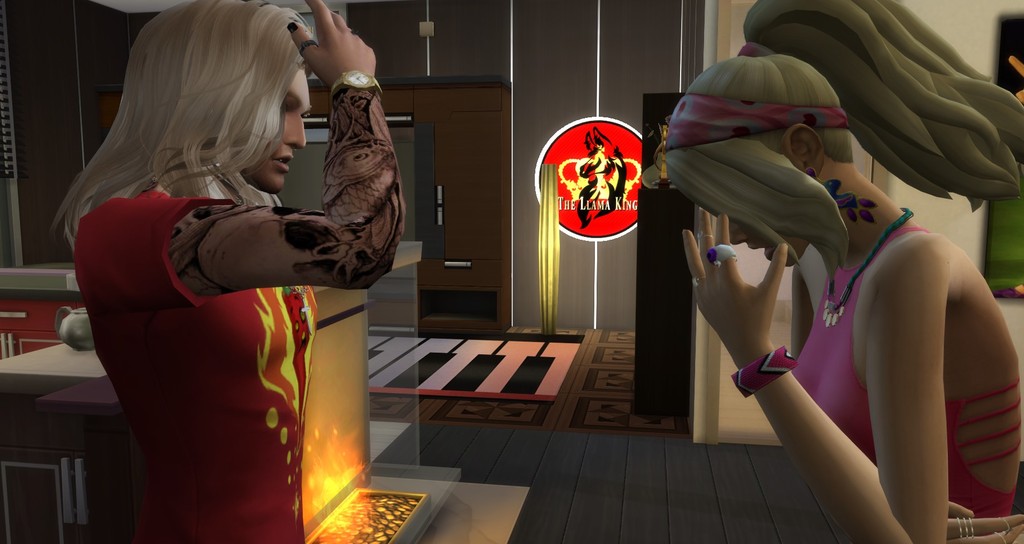 He went on, "I saw that story in the magazines. It's not true. I haven't been on a drug binge. I only had a little pot one time over a week ago. I don't understand what prompted this. I'm going to sue them. Those pictures are from one of my awards show parties. I was taking a break, napping on the couch not wasted."
​ 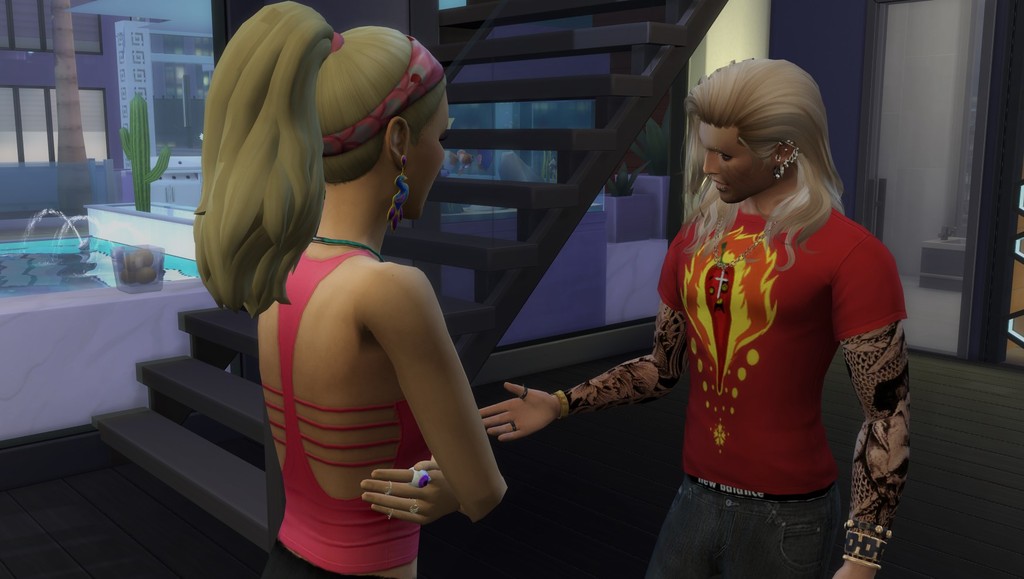 So that's why Mother knew. That stupid cop ratted him out. If I ever saw him again I was going to give him a piece of my mind along with that jerk friend of his.

But I was mad at Daddy, too. "Why did you do it, Daddy? Why would you even think about doing drugs this close to the custody change?" 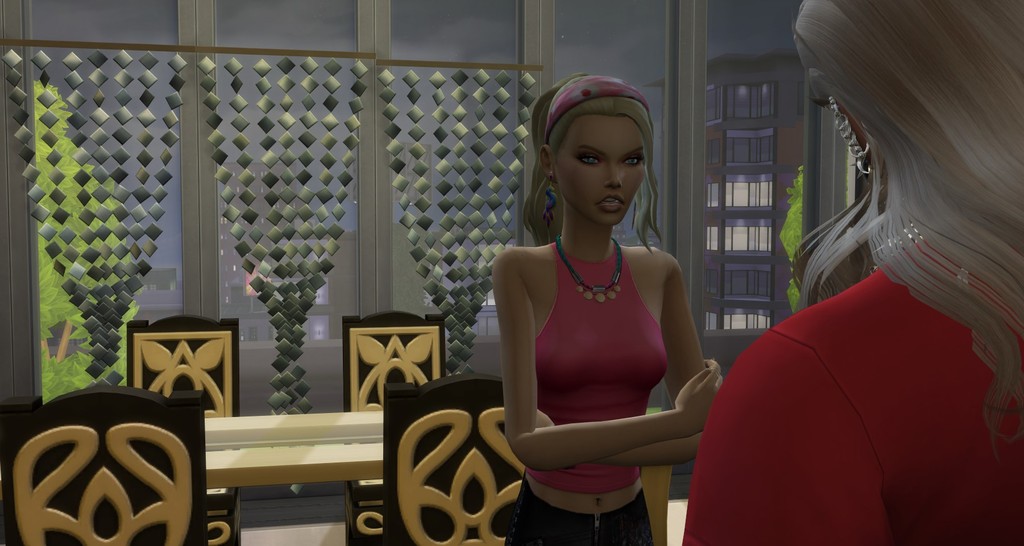 He let out all his air. "I-I don't know. I fucked up. It was so stupid. I just never thought anyone would find out. I mean, I was here by myself. I had a bit too much to drink and got stoned out of my mind then passed out. I wouldn't have done it, but...I don't know..."
​ 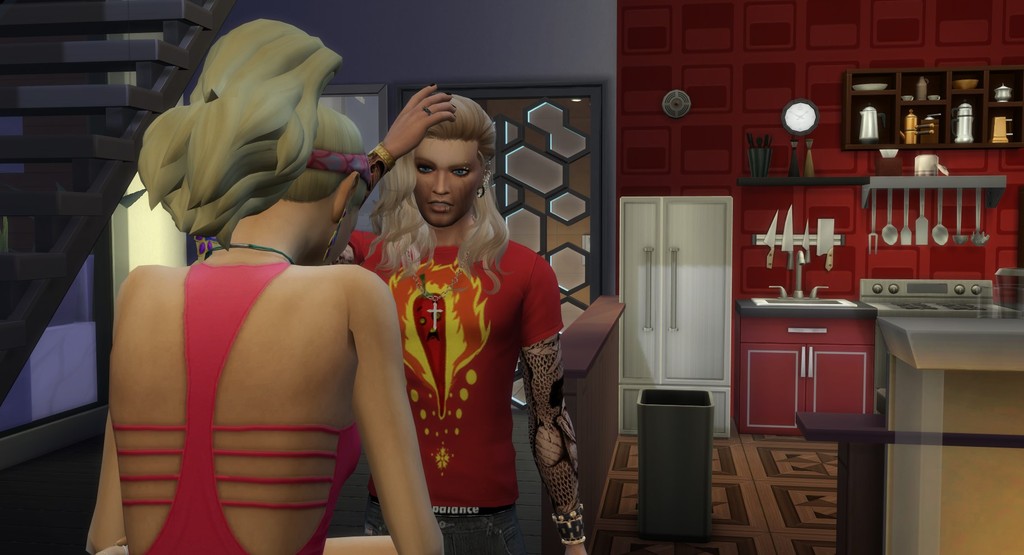 I felt so guilty. Why did I bring that asshole here? That went against Daddy's rules and for good reason. This never would have happened if I hadn't tried to get out of trouble. But I couldn't tell him. Confess what I did. I was so scared of disappointing him. I just had to try to convince the judge that my mother was a heinous, abusing bitch.

"Listen, Siobhan. I've already talked to my lawyer about this. There probably won't be much in my system anyway by now and he's going to try to delay the drug test. Don't worry, okay?"
​ 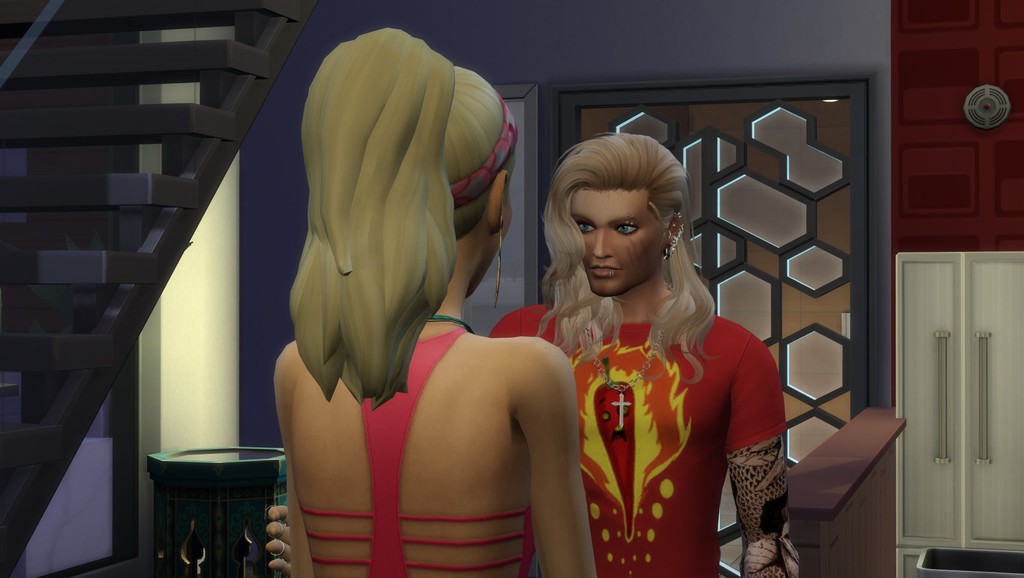 Taking me over to the couch, Daddy held me. "We'll get through this. I promise. Just have faith, okay?"
​ 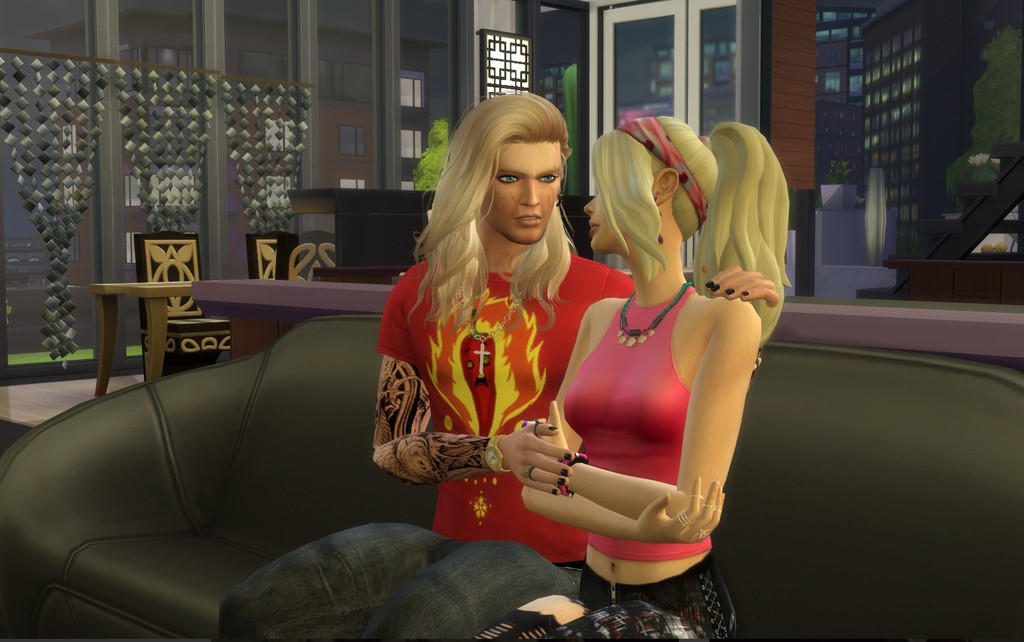 I tried to smile just to help him, but I knew better. Mother was the worst conniving cunt on the planet. I hated her with a passion. That she could move so swiftly to her lawyer at the hint of Daddy smoking pot made me so angry.
​ 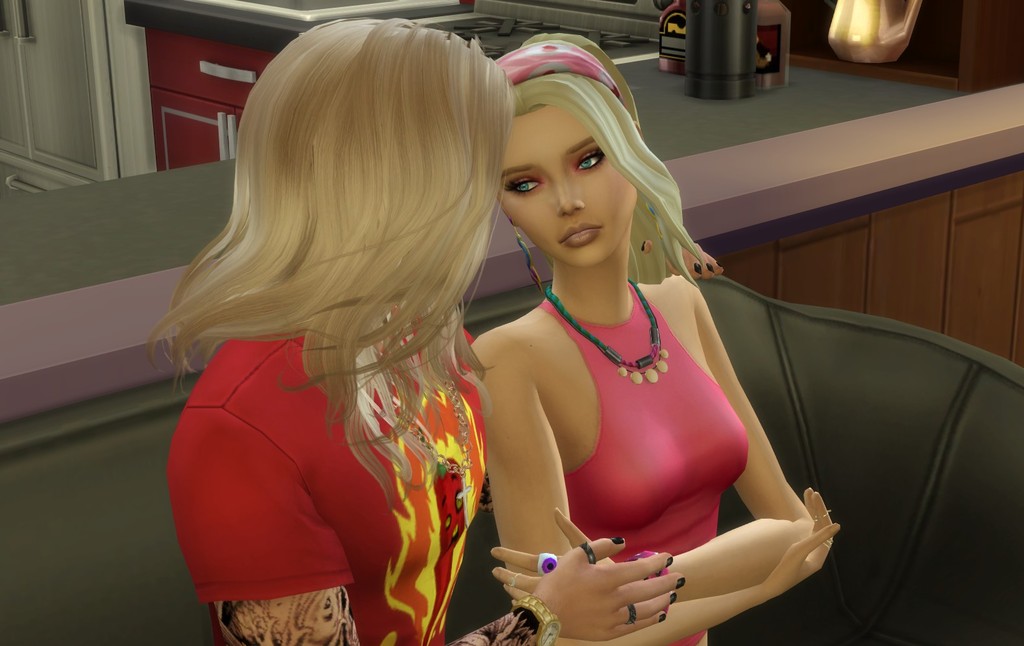 But Daddy wouldn't allow me to stay with him. He said we must obey the laws so no one ends up in even more trouble. He was right. I had to go along with all this court crap. But I was going to make my case to the judge. I had a lot of evidence against Mother.

After the nightmare court experience, I came home a wreck of emotions.

Daddy's past drug use was so extensive that this little slip up cost him everything.

He lost all visitation rights for six months for all of us and I lost my monthly weekends with him. Plus, there would be no custody change when I turned sixteen. The judge didn't listen to my side at all because he said it was obvious to him my mother enforced rules and my father was lenient. He also said drugs in any form was not a safe environment for us, especially an impressionable teenager. I wanted to scream that a drunk mother wasn't good for an impressionable teenager either, but he wouldn't listen even if i did. For some reason, a person could be a drunk but if they smoked pot once, it was the biggest crime in the world.

​My mother was a fucking hypocrite. 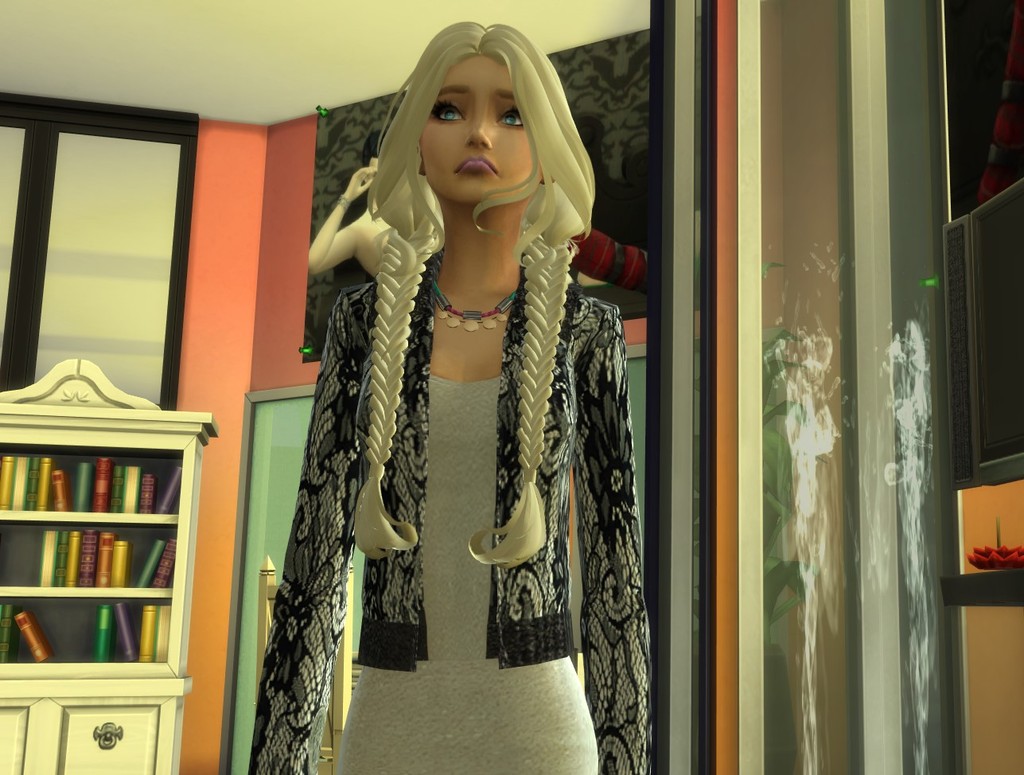 I'll never forget Daddy's face when the judge came down with his decision. It made me so worried for him.

Thumbing his number, I hoped he'd pick up, but it just went to voicemail.
​ 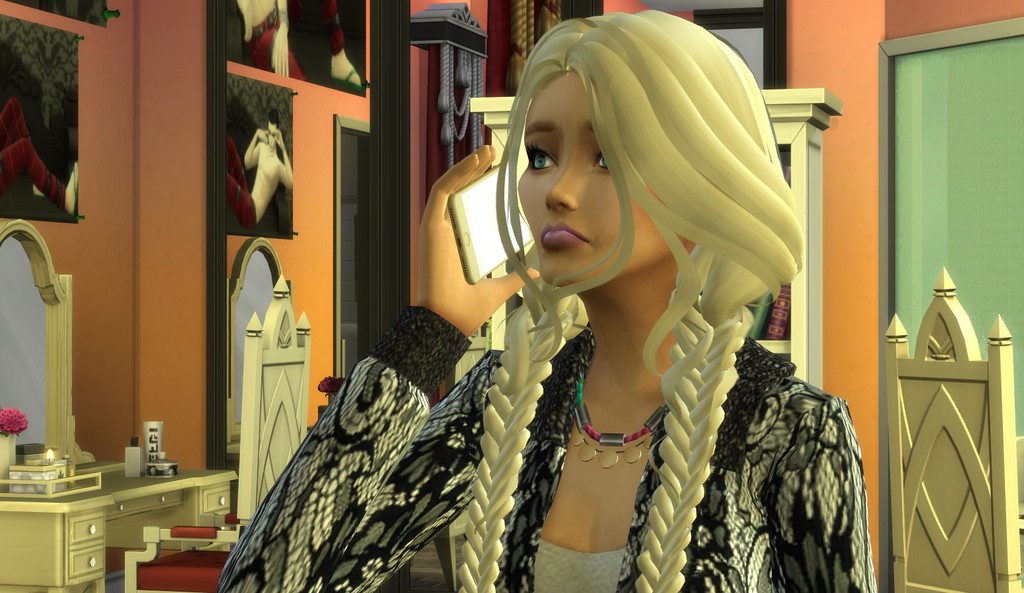 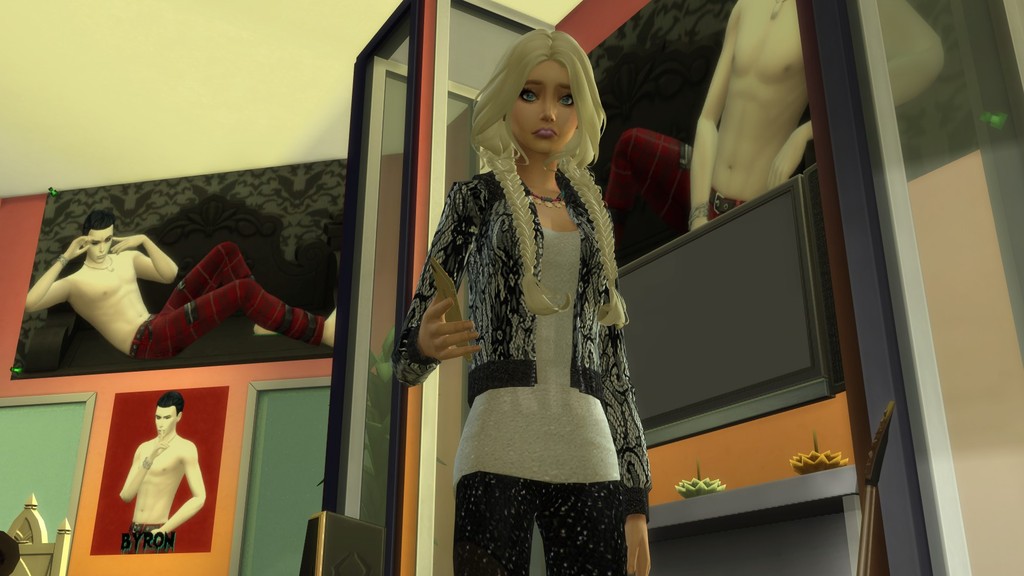