Standing behind Antonio like I always did, I watched him go to work. He was a master intimidator. Usually, I wouldn’t have to do anything to reap information from crooks. But today was different. That’s why Antonio brought it up at the party. Maybe he was nervous?

James Kietz was a millionaire whom Antonio often met for social engagements. Until we got a tip that he also was the mastermind of the biggest robbery of the downtown bank. He ordered his thief to not only rob the bank, but take two employees hostage, injecting them with poison to further disable them.

The thief got away, but with a confession from Mr. Kietz, we could nab both of them.

“James,” Antonio started with syrup in his voice. “I’m very happy to welcome you to my home.”
​ 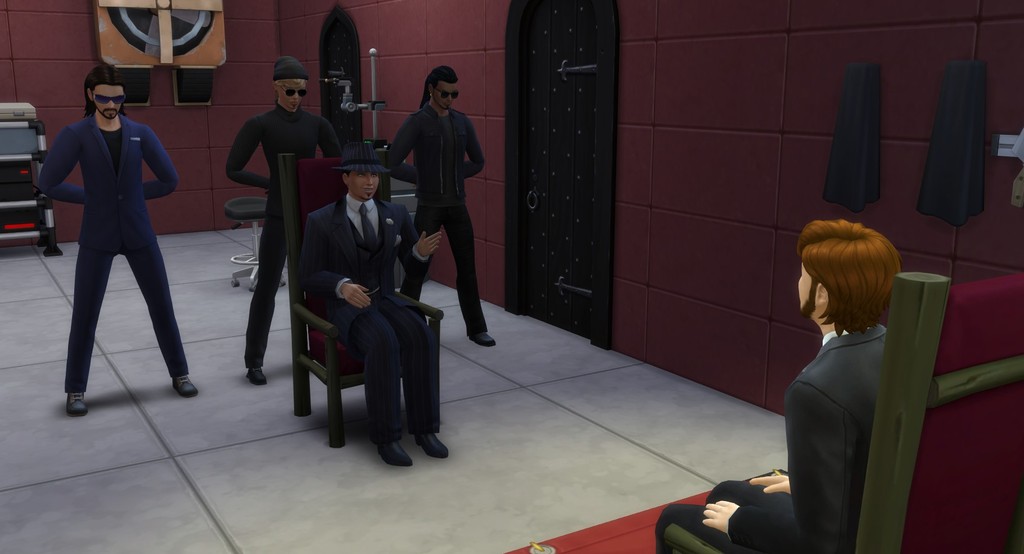 “Why are we not conducting business in your office, Antonio? You said you had a business proposal for me.”
​ 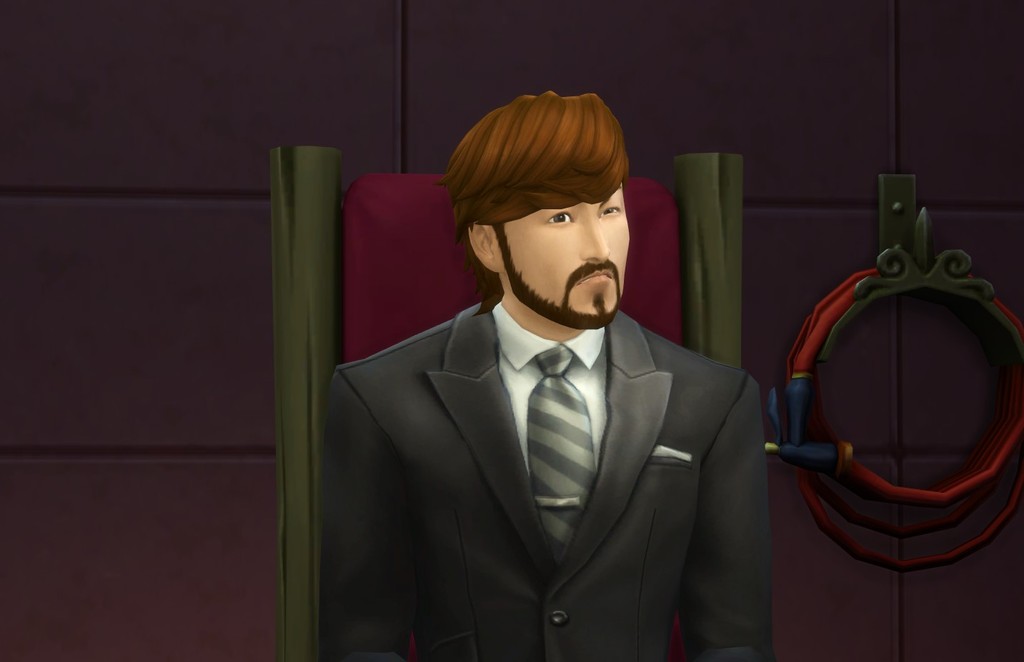 “I know who you are, Kietz. Your time has run out. I have information you were behind the San Myshuno bank robbery.”
​ 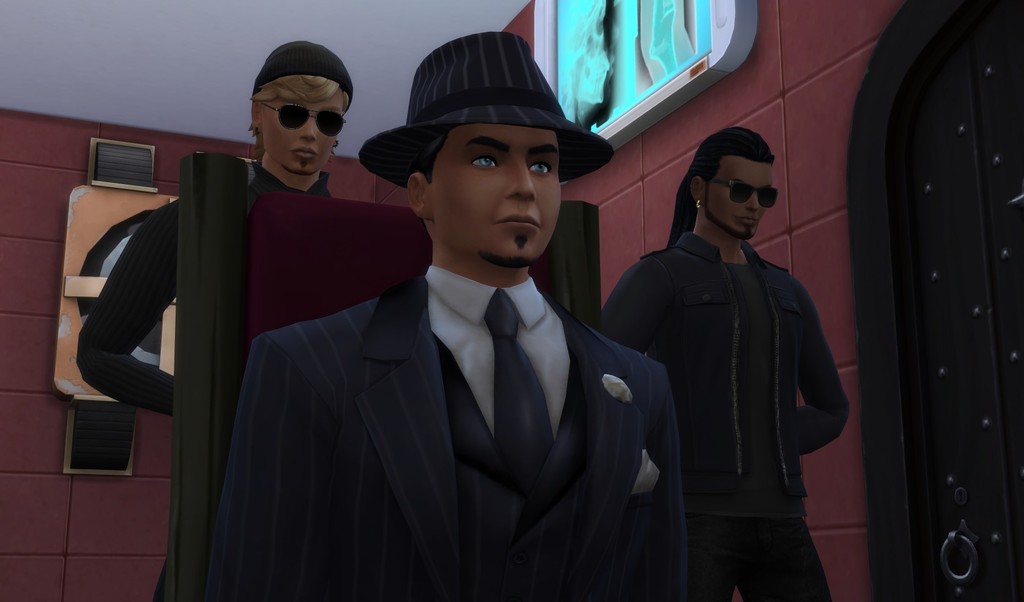 “T-That’s preposterous! Why would someone like me need to rob a bank? You’ve lost your mind.”
​ 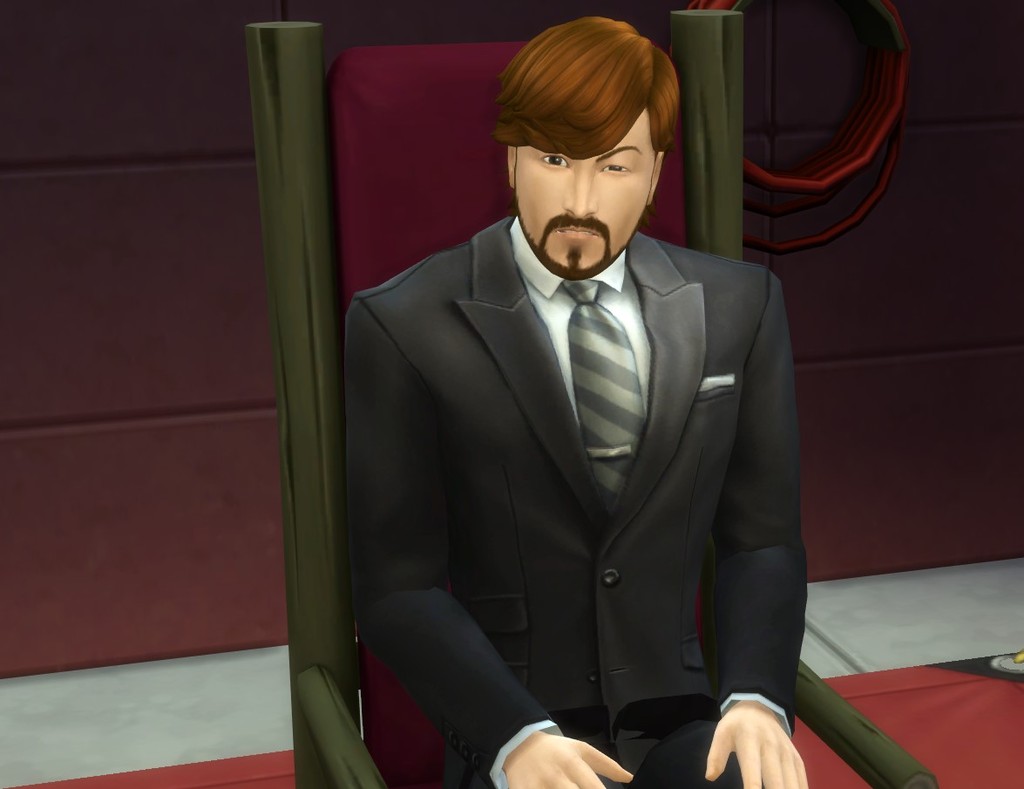 “James, do I look like someone who would make up lies? You know the truth. We can do this the easy way or the hard way. Your choice.”
​ 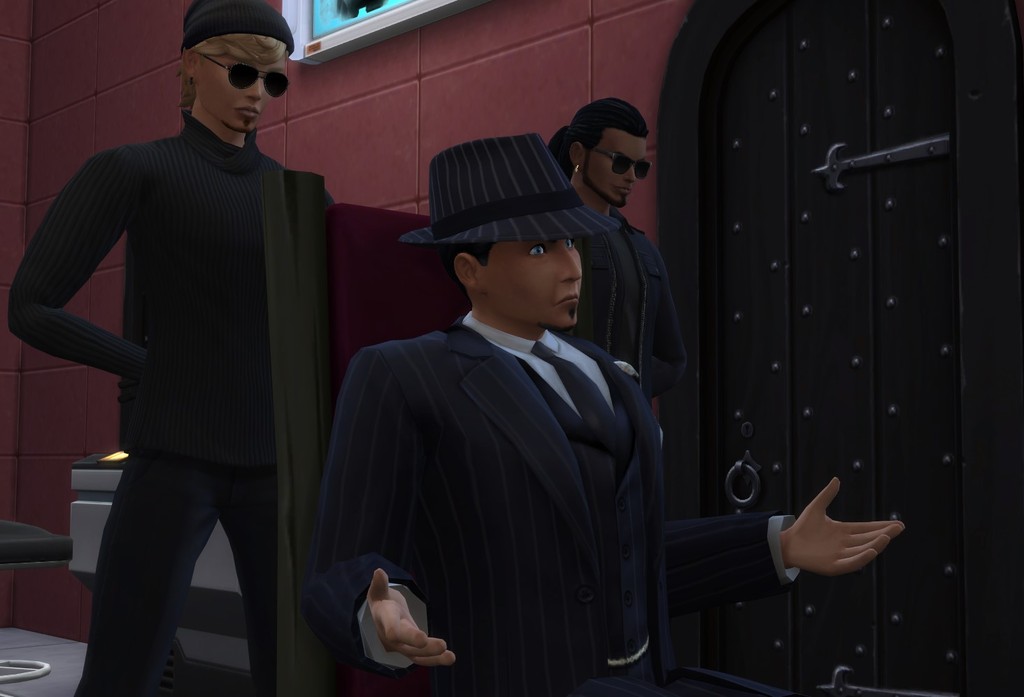 “I’ll not stand for this. Tell your goons to back off. I’m leaving.”
​ 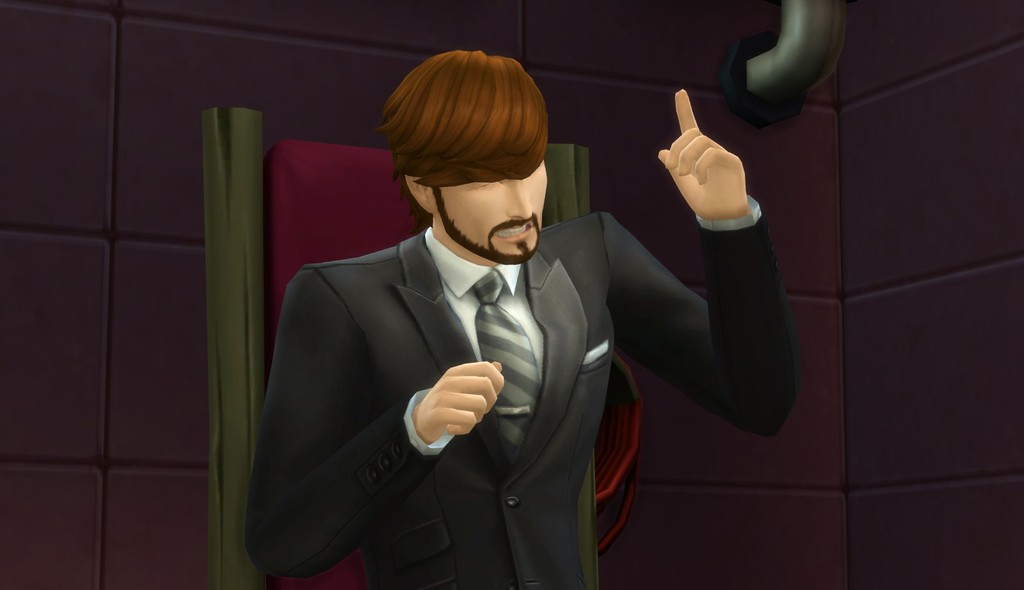 Standing, Antonio said, “You’re going nowhere, Stietz. You haven’t met Stinger yet. I believe it would be most productive for you to make his acquaintance.”
​ 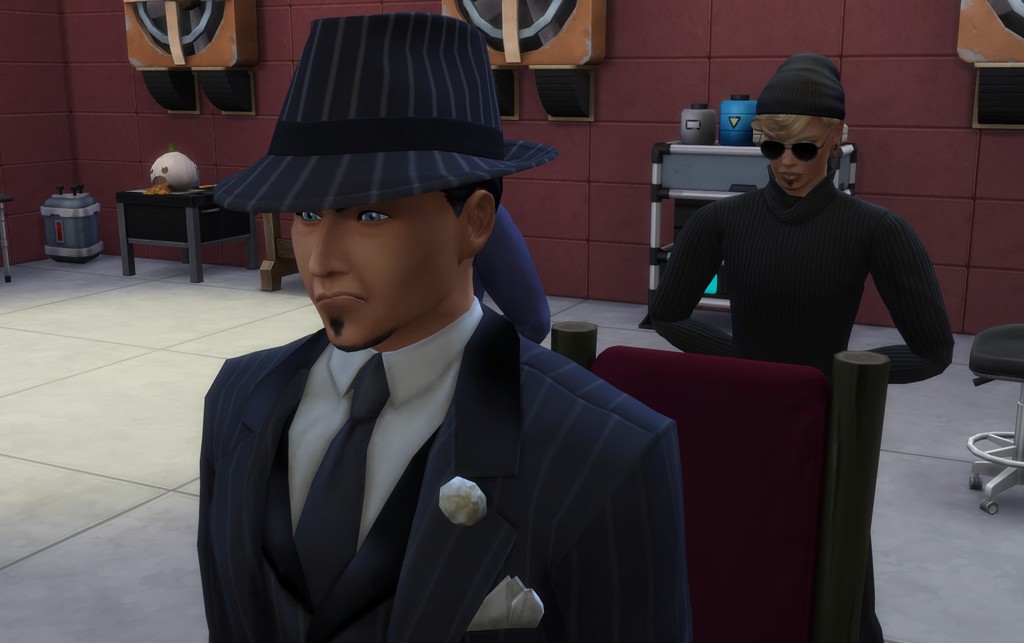 Pinpricks stabbed my skin in anticipation. I loved this part. And James Stietz looked like an easy mark.

I moved fast in front of Stietz as he got out of his chair.

“Mr. Stietz, this is Stinger,” Antonio said, easing back down in his chair. “I’d advise you to tell us what you know or you’ll suffer the consequences.”

Stietz put up his fists like he was going to fight me. I almost laughed, but kept my cool. I copied him, waiting for Antonio’s signal.
​ 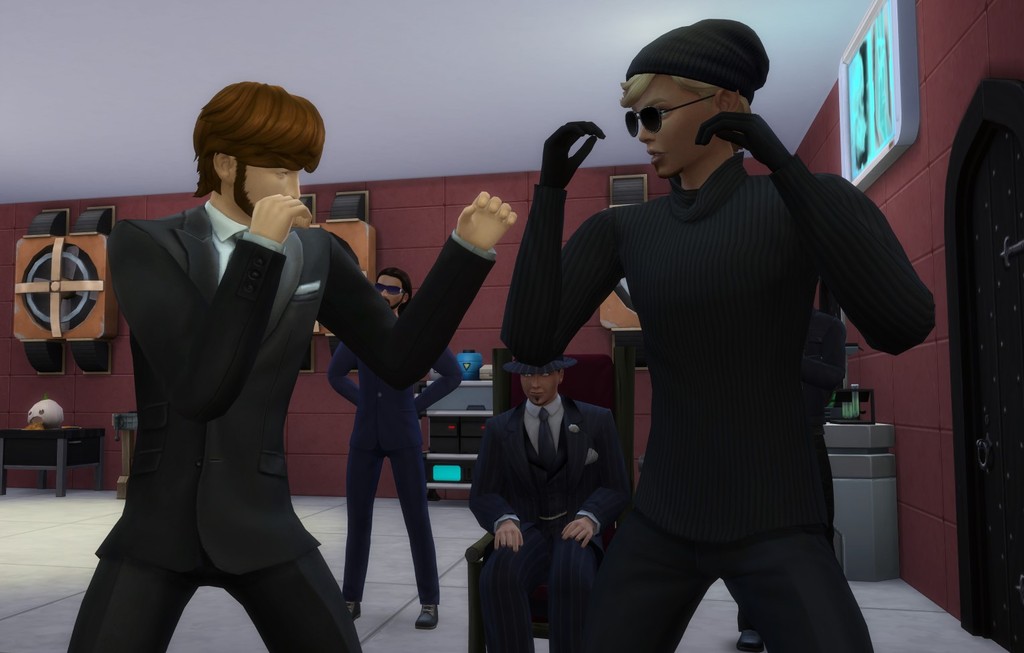 But Antonio didn’t have to say anything. Stietz tried to punch my stomach. I blocked him then jerked his body to the ground.
​ 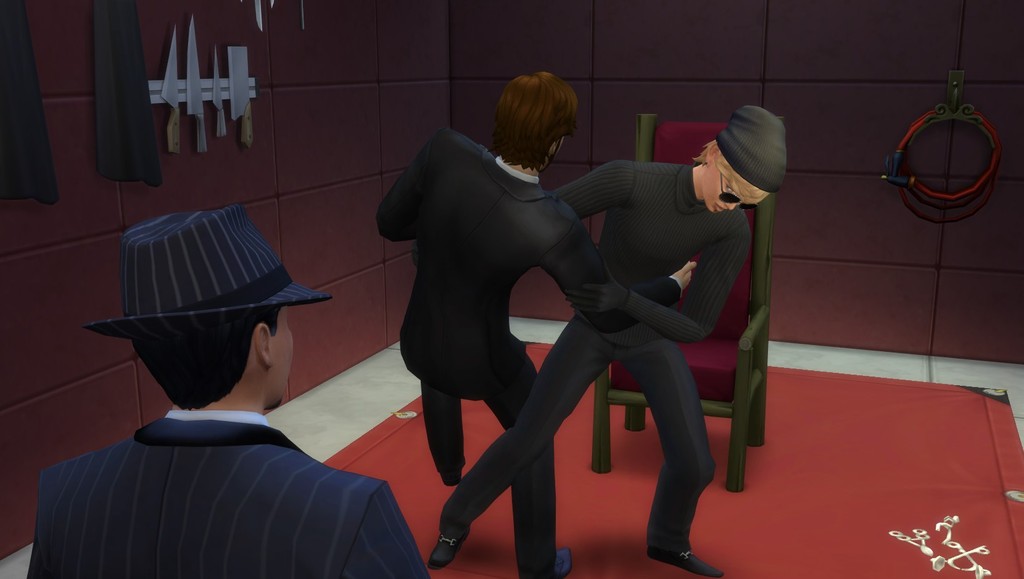 In two seconds, I had him in a LeBell lock. One of my favorite moves.
​ 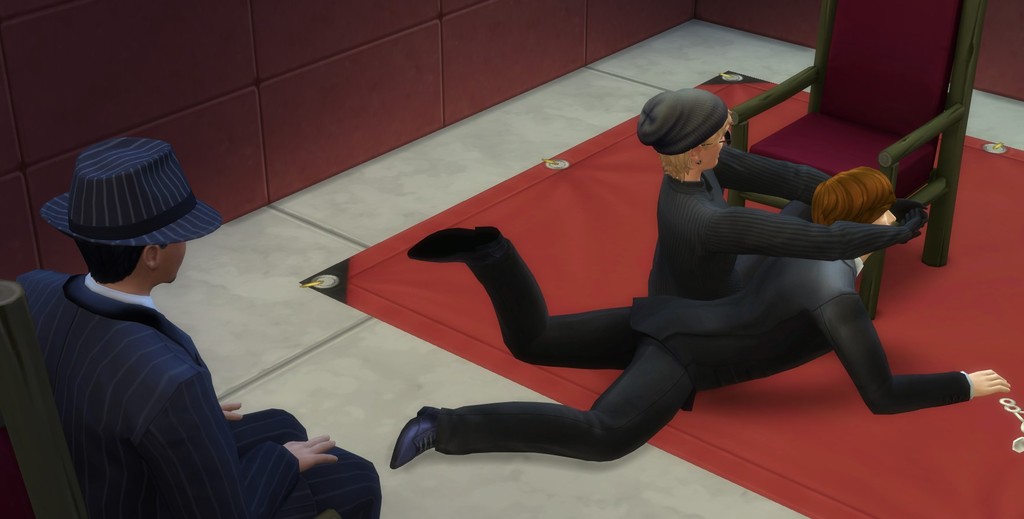 “Mr. Stietz,” Antonio went on, casually, “I’d advise you to give up or Stinger will have you passed out in minutes. As you can see, you cannot breathe at the moment and he is too strong for you to move. Am I right?”
​ 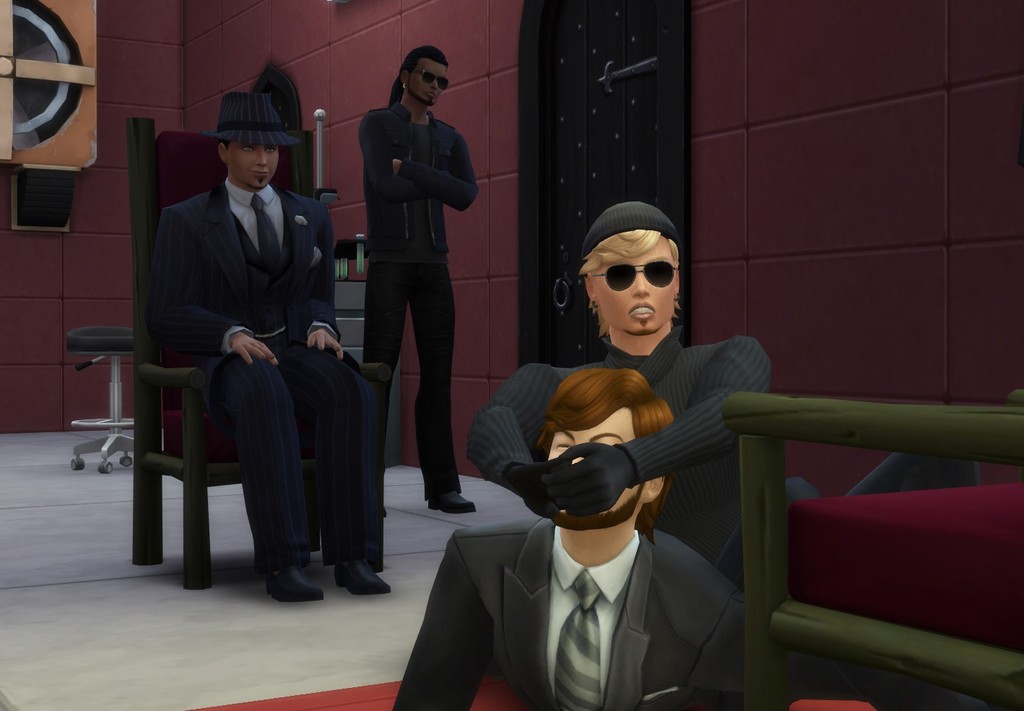 The man tried to mumble something underneath my hands but I would not let up until he tapped me.

“Stinger cannot understand you, Stietz. He only understands movement. Tap his arm and he’ll release you.”
​ 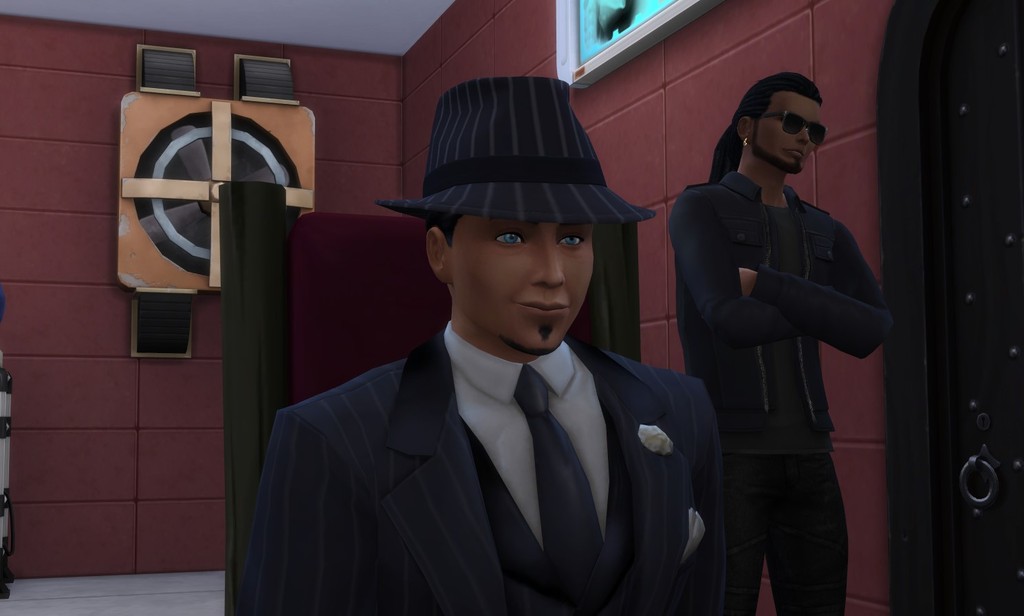 The man flung his fist on my right arm in submission. I let go, but stayed near just in case he decided to run.

Breathing hard, he said, “I won’t tell you anything, Antonio. You can do what you want to me.”
​ 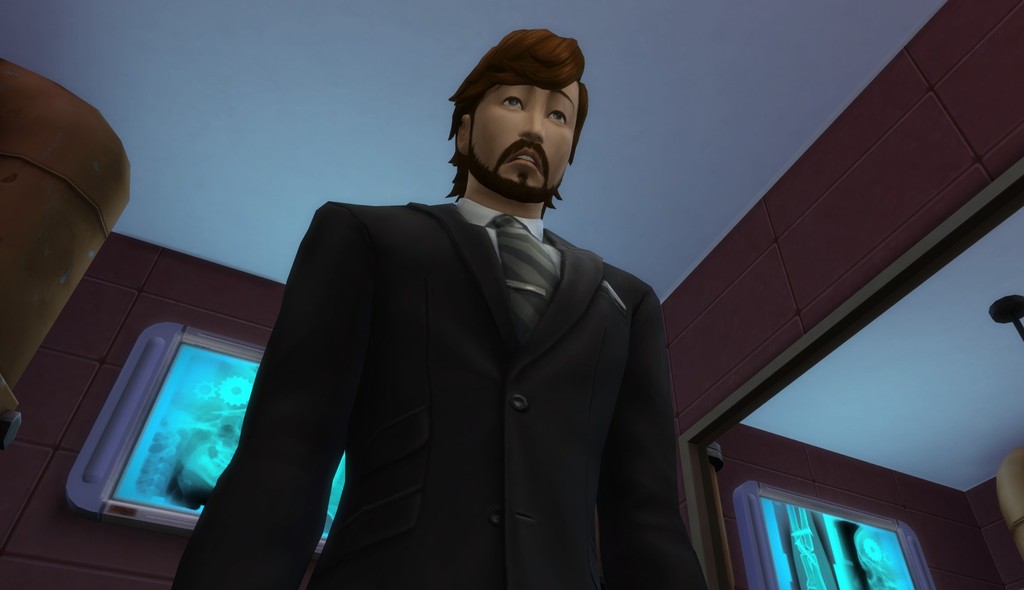 Antonio smiled. “I don’t think you quite understand who Stinger is, James. You see, he is a master at what he does. You have a wife and children, correct? Stinger can enter homes undetected and within seconds as you’ve been shown here, he can suffocate his victims without anyone in other parts of the house even knowing. Quick and efficient. Now, do you understand your choices?”
​ 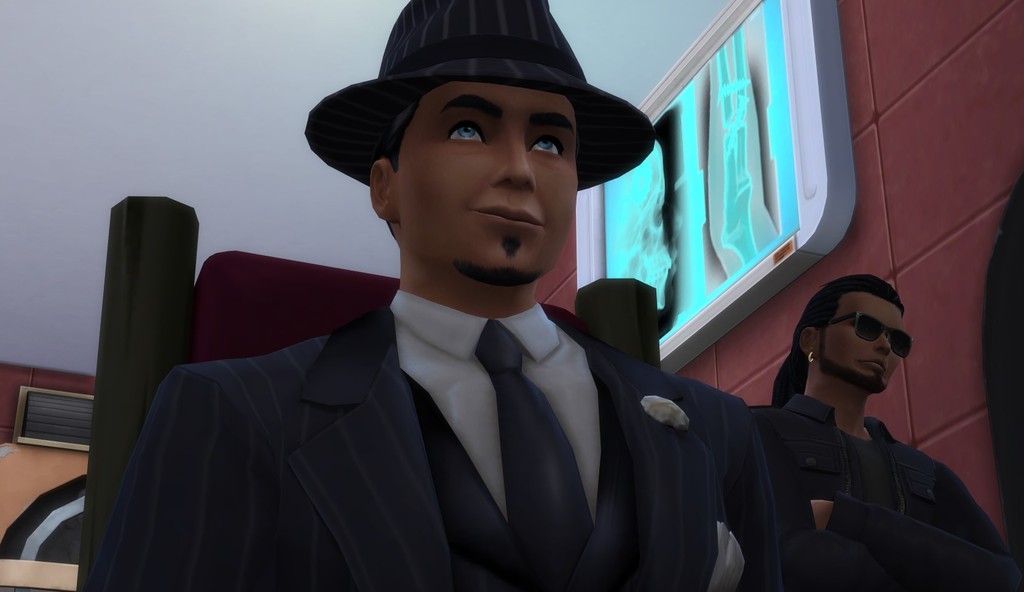 I didn’t like that threat. Where did Antonio come up with something as horrific as that? I’d never kill anyone unless I had to protect myself. And even then, it would be hard to do, I thought. I never wanted to face that. Didn’t have to so far.

I hoped Antonio wasn’t planning on going through with that warning because the assassin wouldn’t be me.

But I didn’t have to worry. The man told us everything we needed, and I tossed him in the cell in Antonio’s basement, waiting on the cops to take him away.
​ 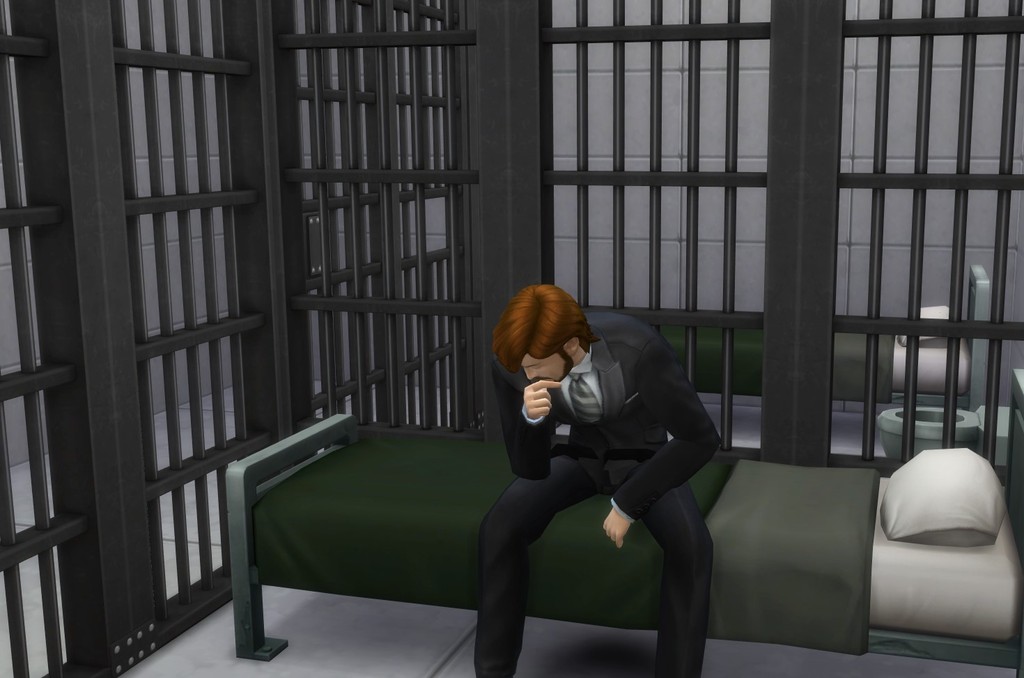 But the whole thing made me sick. I wasn’t sure if I could keep on doing this. Even for a few more months.
​
Knight

“Thanks for meeting me, Marco.” 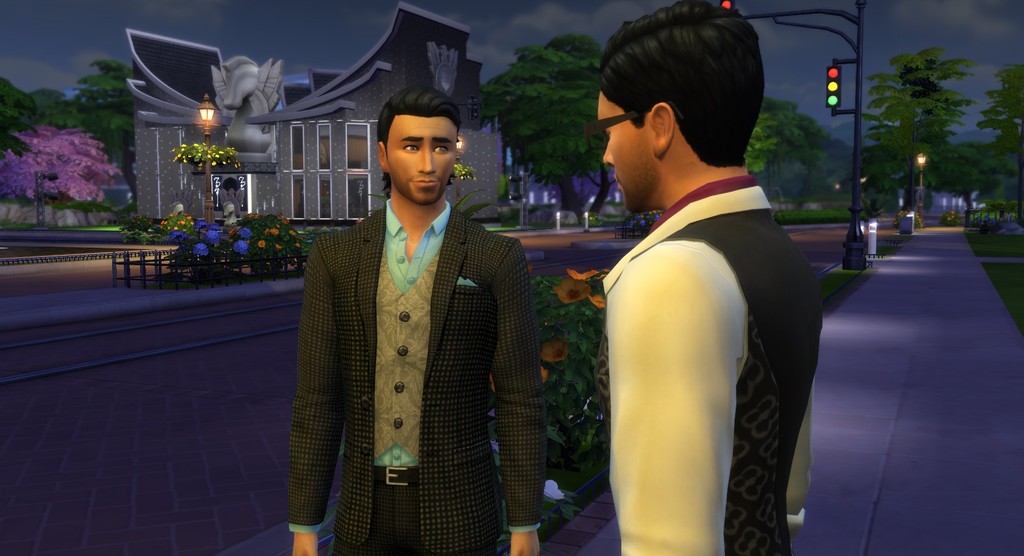 “Come to my new office then. We can talk there.”
​ 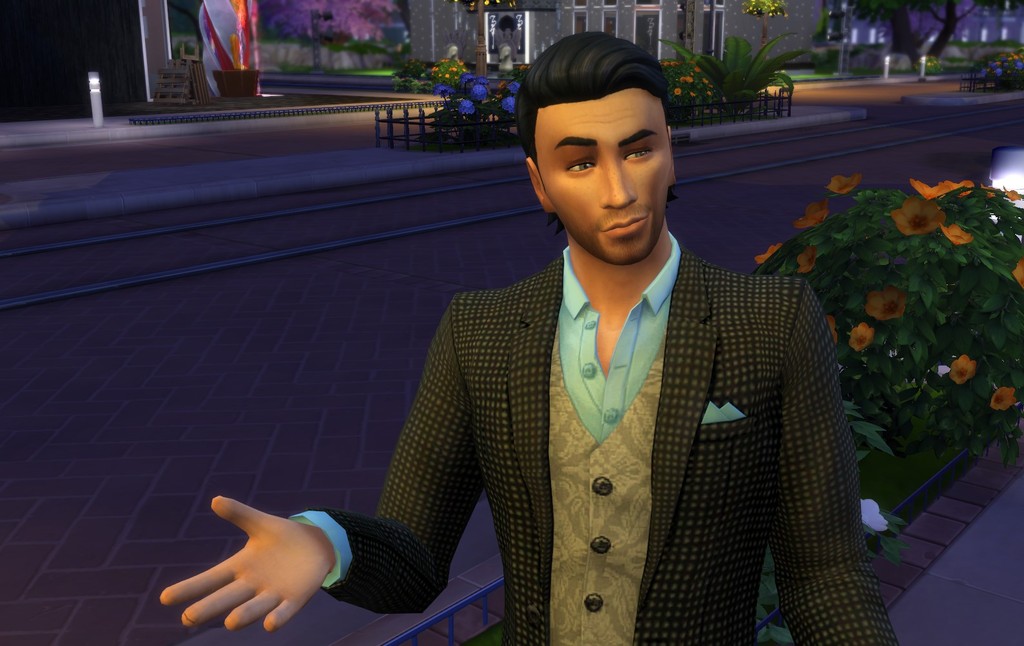 Finally, my new office complex was finished. It was called Knight Industries. I had it made specifically so my company could diversify into cancer research and so I could run all my companies from one location.

But even though I had all of this going on, my main concern was for Alex.
​ 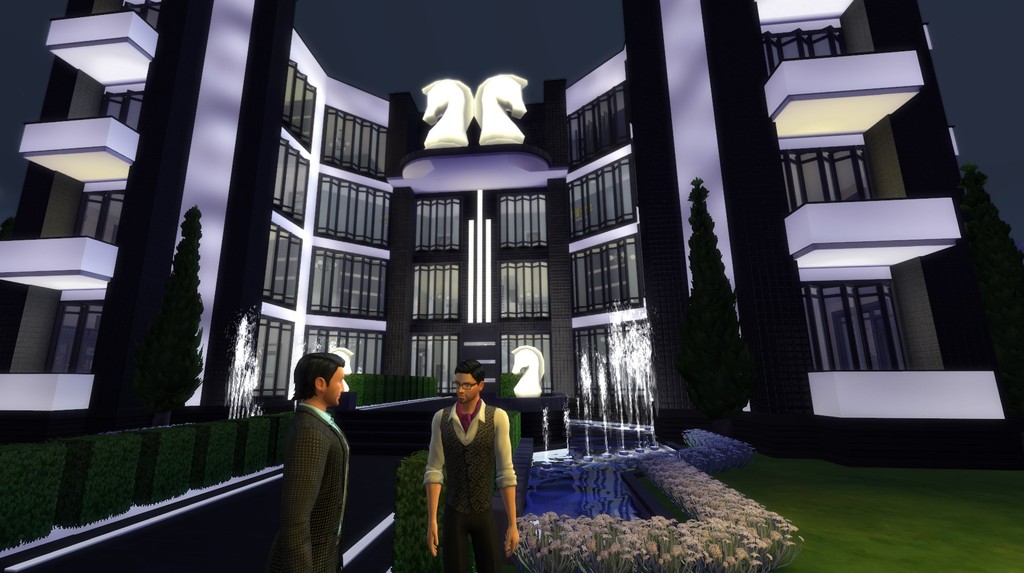 Yesterday, I took Alex out so we could shop for rings then surprised him with a night at one of my hotels.
​ 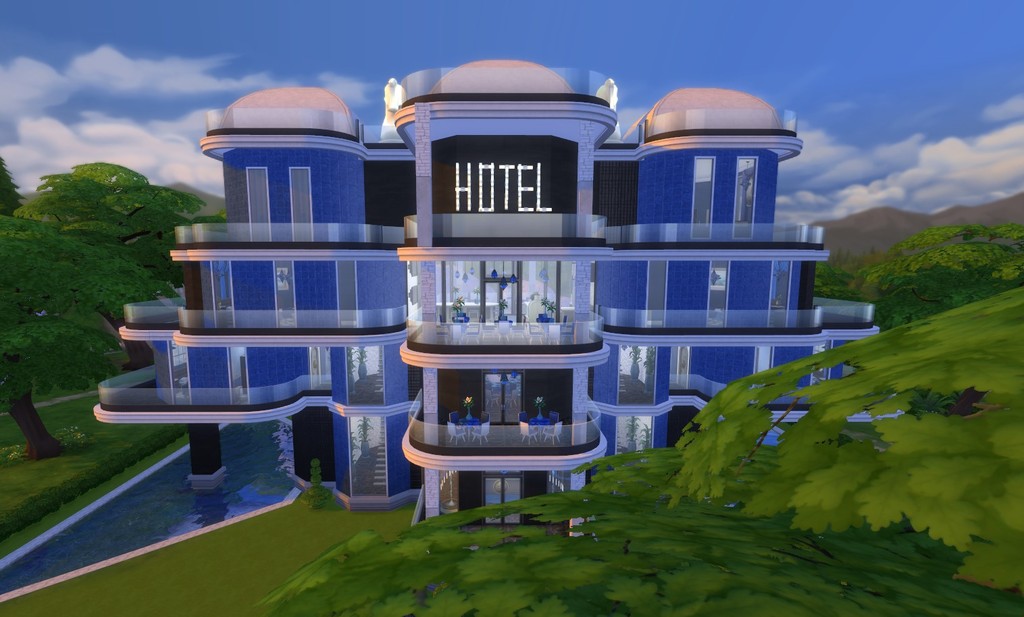 Once we’d arrived, he seemed down and wasn’t talking much. “What’s wrong?” I asked.

He shook his head and said, quickly, “Nothing.”
​ 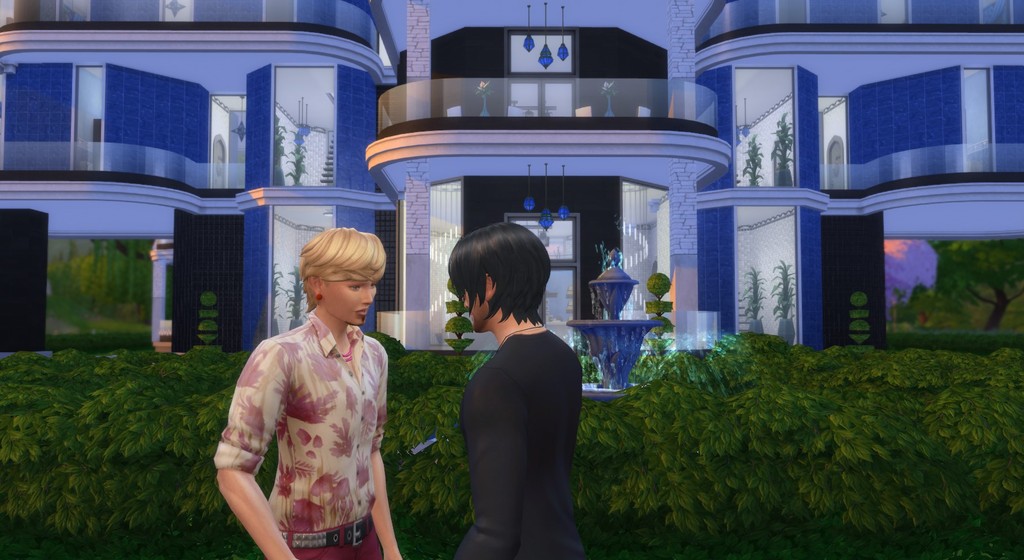 But I knew better. Something was up.

I took his hand and brought him to the piano area. One of the musicians was playing, and I thought Alex would like to relax.

Snuggling on the couch, I asked, “So...we haven’t set a date yet, but I think it’s time. What were you thinking?” 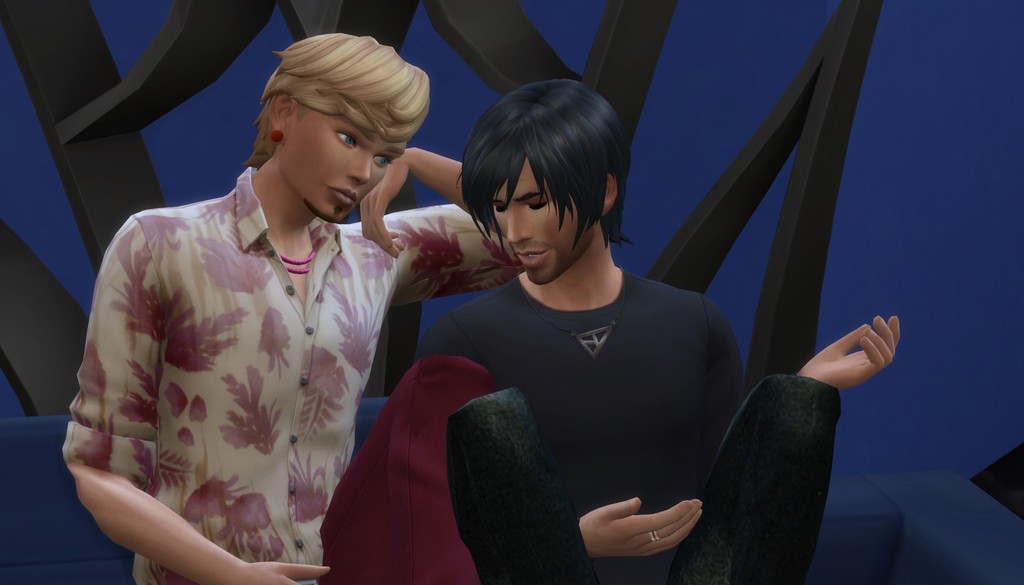 “What’s wrong with you today?”

His face looked like a frightened deer. Blinking he said, “Nothing. I-I think I’m just tired.”

I gave him a sidelong glance. It was work. I knew it. And I also knew he wouldn’t tell me about it. We’d had several fights over it in the weeks he’d been doing this crappy job of my father’s. I pulled him close to me and laid down. “Come here, baby. Just rest, okay?”

Alex yawned then fell asleep on me.
​ 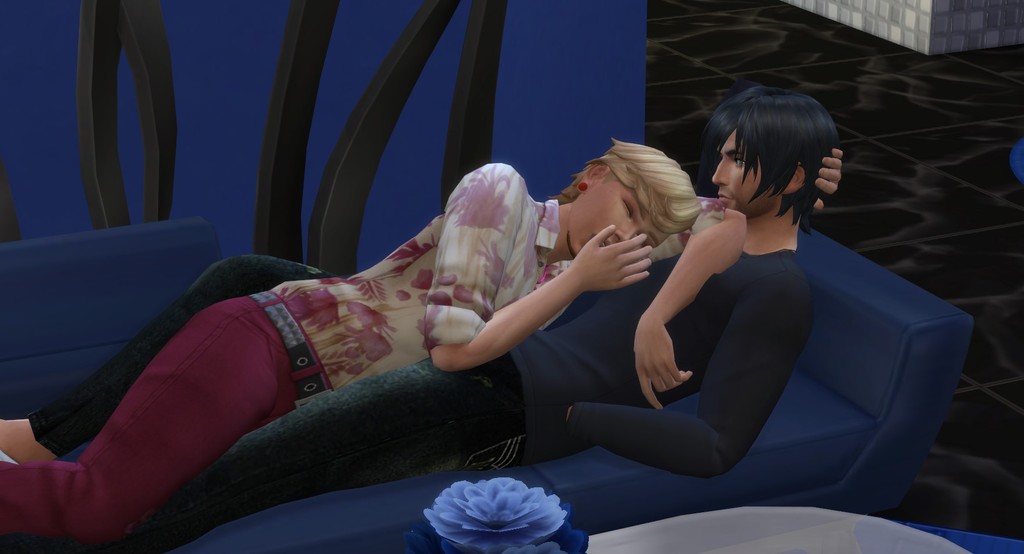 I chewed the side of my lip in worry. Something bad was happening and I felt helpless. Like waiting on a coming hurricane with nothing protecting us but a huge, fragile window that could shatter at any moment.
​ 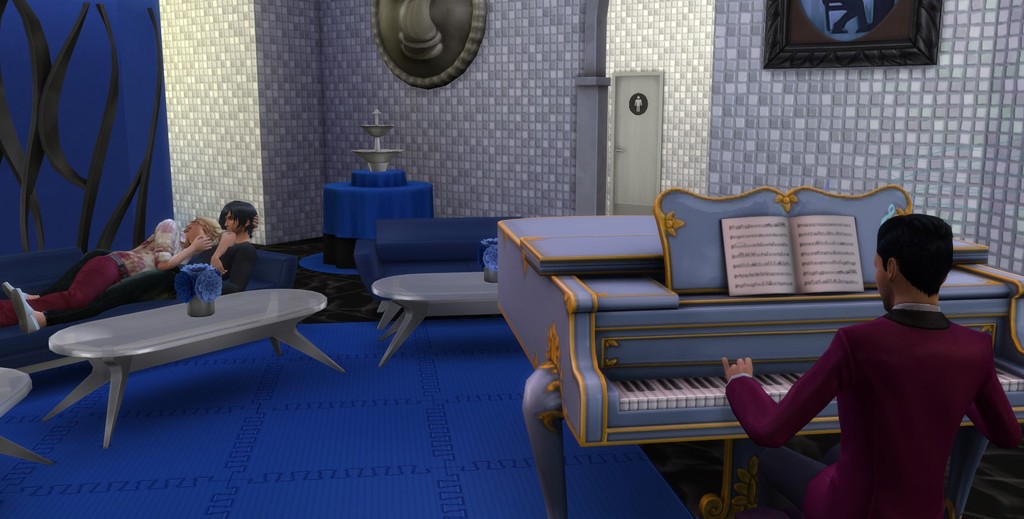 When I took him upstairs, we made love, but I could feel the tenseness in him. As he lay asleep, I stroked his clean-shaven chin, smiling that he’d shave it for me. I didn’t think he’d do that until the wedding. Then an overpowering feeling of fright shivered through me. 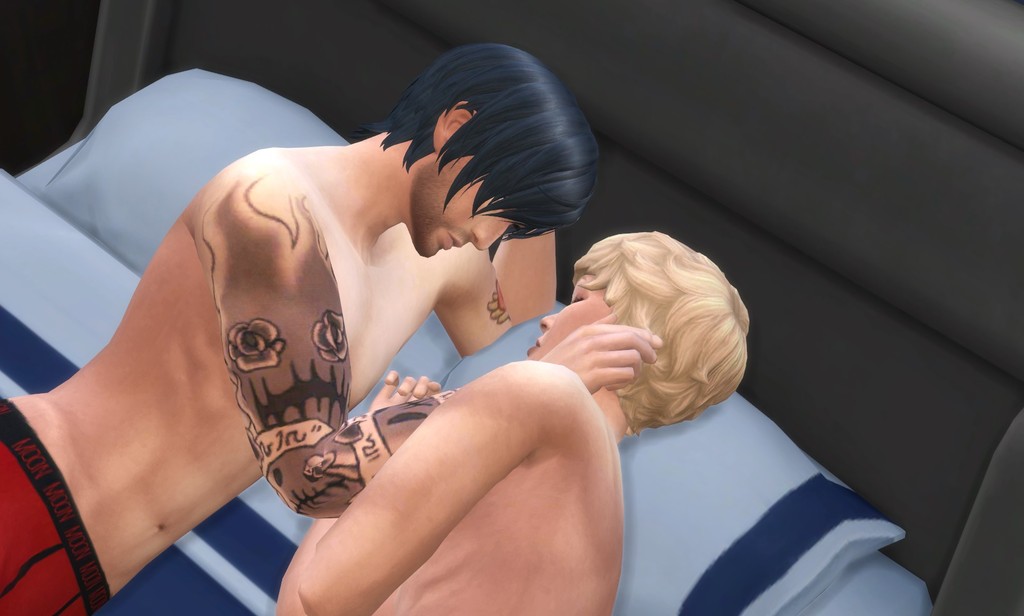 ​At that moment, I knew I needed an insurance policy. Someone on the inside as my informant.

I was hoping that could be Marco.
​
Author's note: Special thanks to master builder RABOOSKI for Knight's office complex. It's amazing!!!! You can download it here: KNIGHT INDUSTRIES. And for the GORGEOUS hotel! So many fun things for sims to do and very elegant. Download it and have fun playing inside! KNIGHT TOWERS HOTEL.
Powered by