Excited was an understatement on how I was feeling. Jackson would be done with his tour in a few weeks and he’d gotten us some great tickets to see the musical, Similton, in the arts district.

“What do you think of this dress, Celia? Do you think it’s too much for the play?”
​ 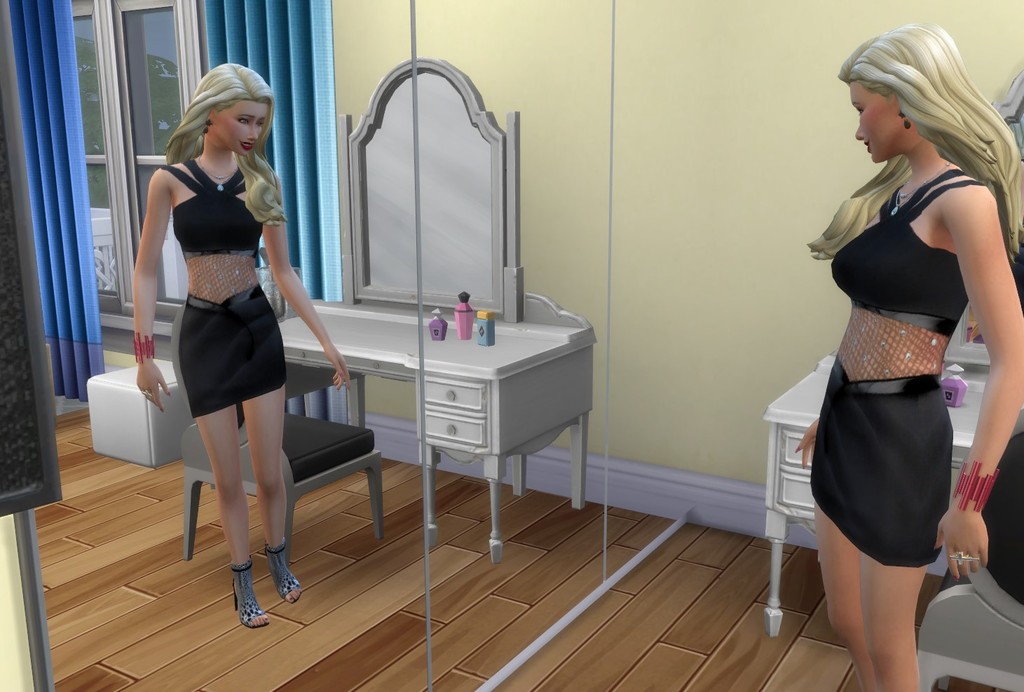 “It definitely has that rocker chick vibe without going overboard. I like it.”

“Yeah? I’d like to do something more, too. Edge my look up just a bit. Should I get a nosering?” I almost laughed at myself for considering one. A year ago, there would be no way. But next to Jackson, my style felt so bland. I wanted us to look like a rocking power couple without changing too much.
​ 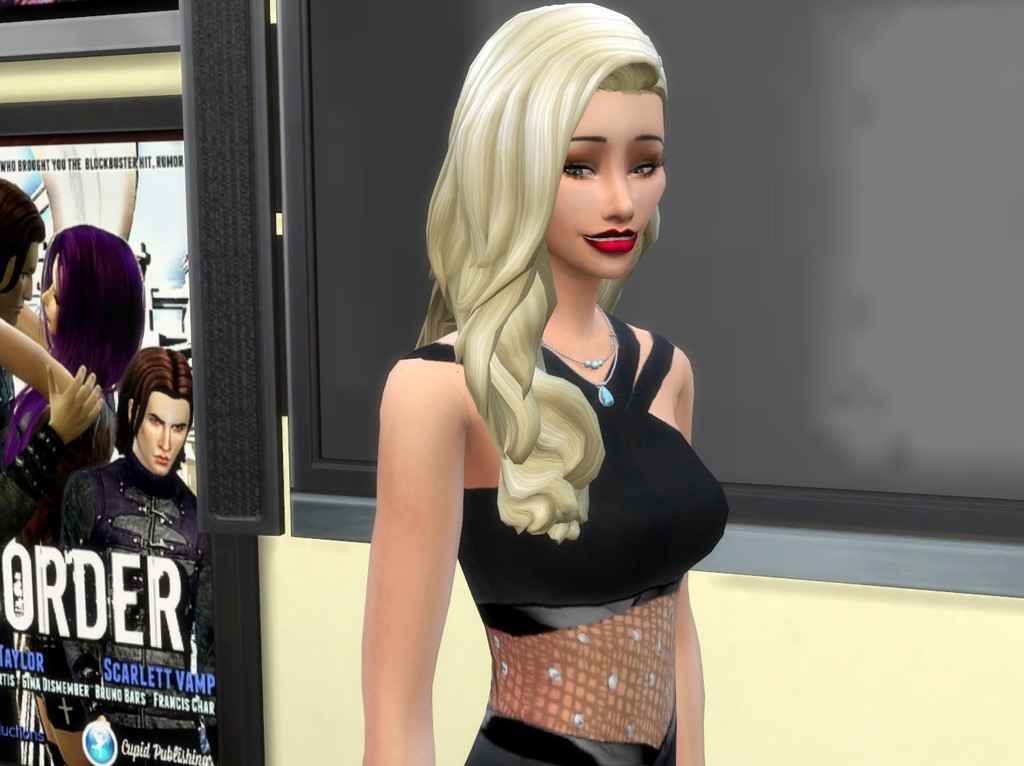 I shook my head. “Jackson has forbidden me to cut it. He tells me all the time how he loves my long, blonde hair.”
​ 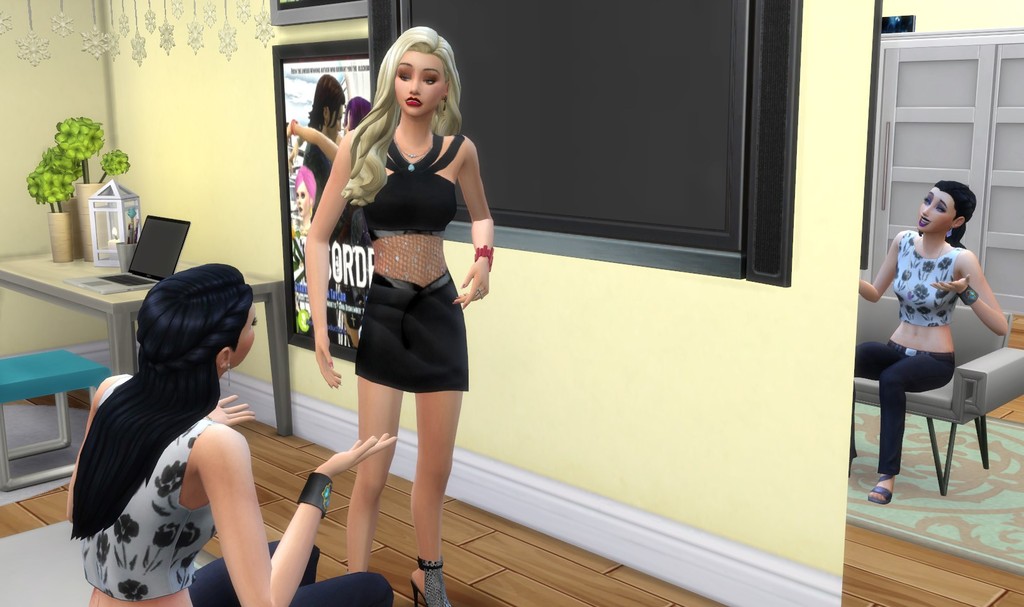 “What about a tattoo? I was thinking about getting one anyway. I even talked to Manu about it. Do you want to go with me?”

A tattoo...that was a big step. And permanent. But my hubby was literally full of tattoos. His woman should have at least one that meant something to him. “Okay. I know just what I want to get, too.”

“Are you going to put Jackson’s name on the heart on your arm?”

I laughed. “No, silly. But I am going to do something that will show him how much I love him.” 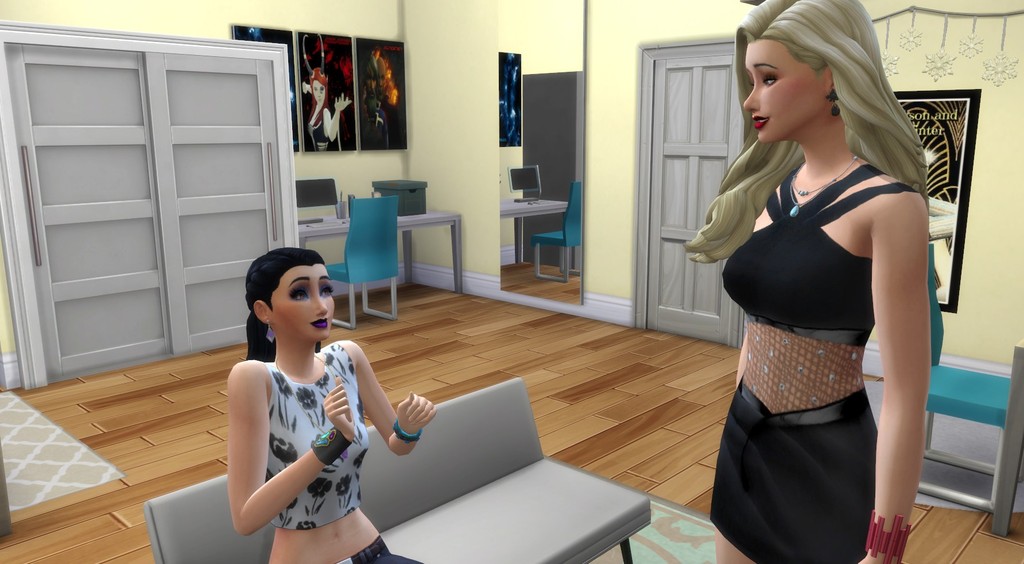 It took many days to get mine exactly how I wanted. I was so happy with the look.

We walked into the common room of our sorority house, giddy at the prospect of our men coming home. “Only one more week, Celia. God, it seems like it’s been a year since we saw them last.” 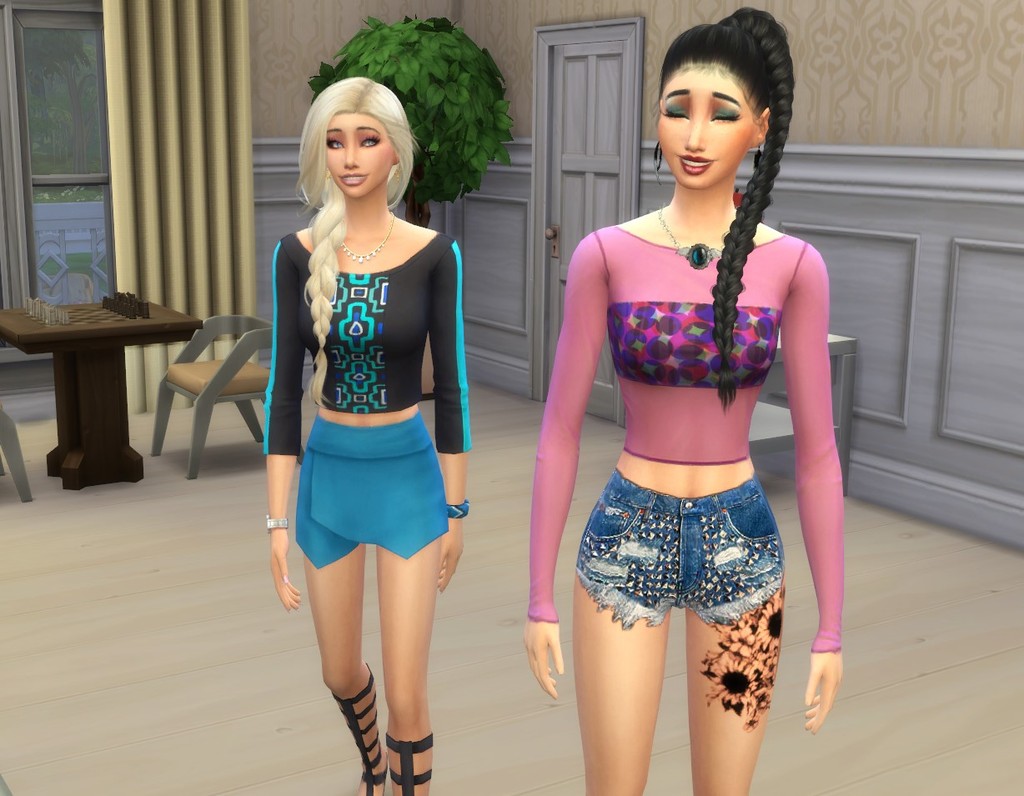 Turning toward my best friend, I said, “I’ve got to thank you, Celia. If you hadn’t been going through this with me, I’m not sure Jackson and I would’ve made it.”

“Aw...come on. You would have toughed it out without me.”

“No...I’m serious. I mean, it’s bad enough going to all the formal events and parties stag, but I had you there with me. No way would I have wanted to go alone.”
​ 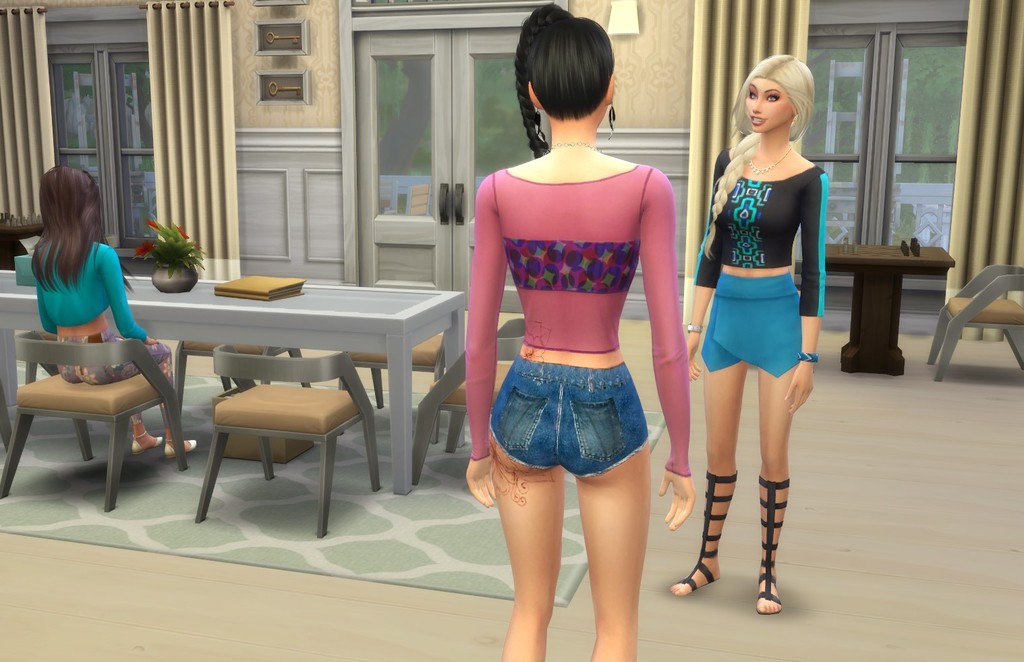 Celia smiled as we entered our room. “Well, you helped me, too. And the tour is almost over, so there’s nothing to worry about. Right?” 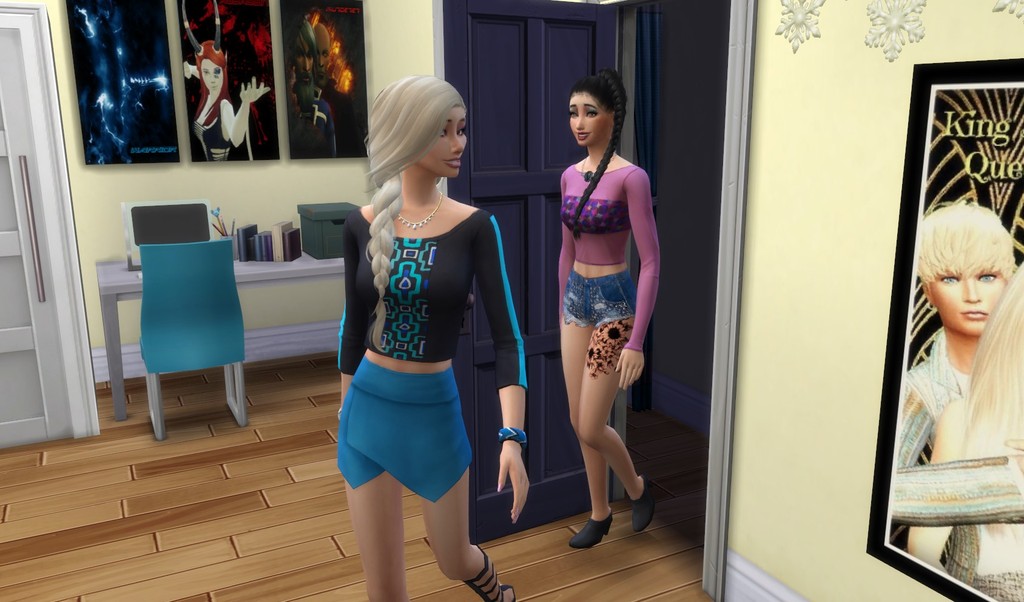 Just then, my phone buzzed. My hubby! “Hey, handsome! Did you know we were just talking about you?”
​ 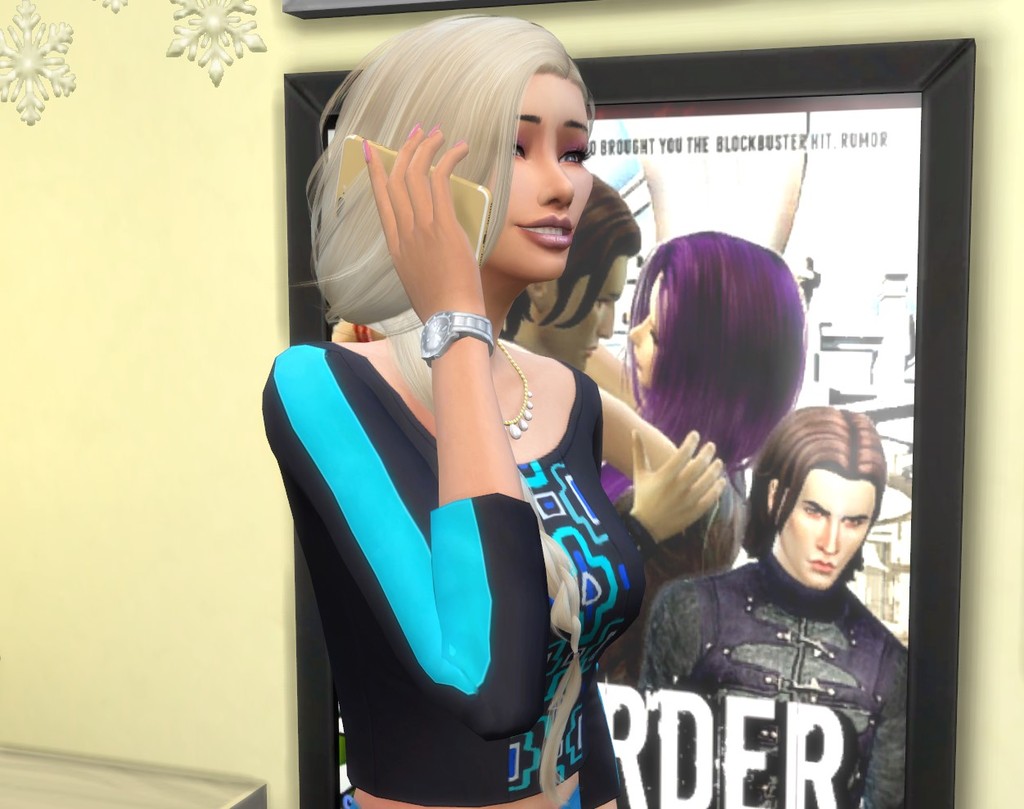 It was so good to hear Winter’s voice. Our band had to perform nonstop in Bridgeport, doing a big two-weekend event. But I had some bad news to tell her. “Hey, Angel. I hope you were saying good things about me.”
​ 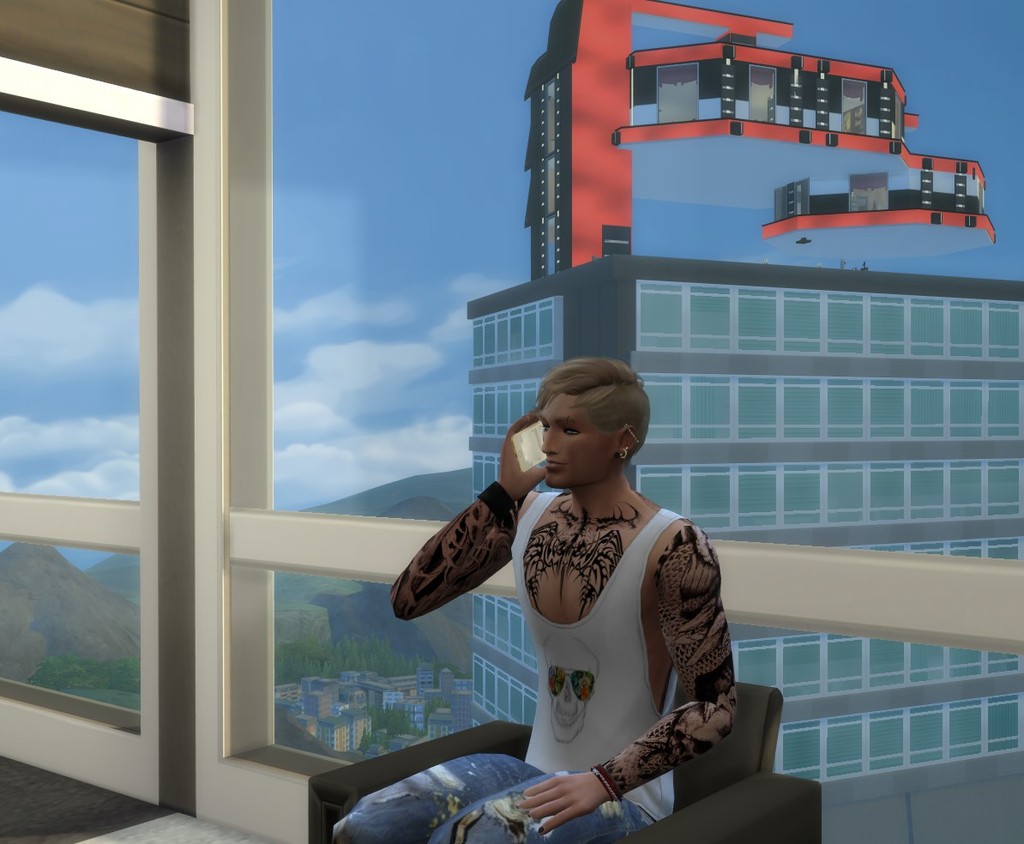 “Of course. We were gushing about how we can’t wait to see our guys in a week. It’s so close!”

I sighed. “Yeah, about that. Um...” I rubbed my hand on my jeans. How was she going to take this news? But I couldn’t keep it from her.

“What?” The edge in her voice was clear.

“I-I have to fly to Starlight Shores to do some promo for the band.”

“How long is that going to take?”

“Just a few weeks.” I tried to smooth it over. It was going to be closer to a month.
​ 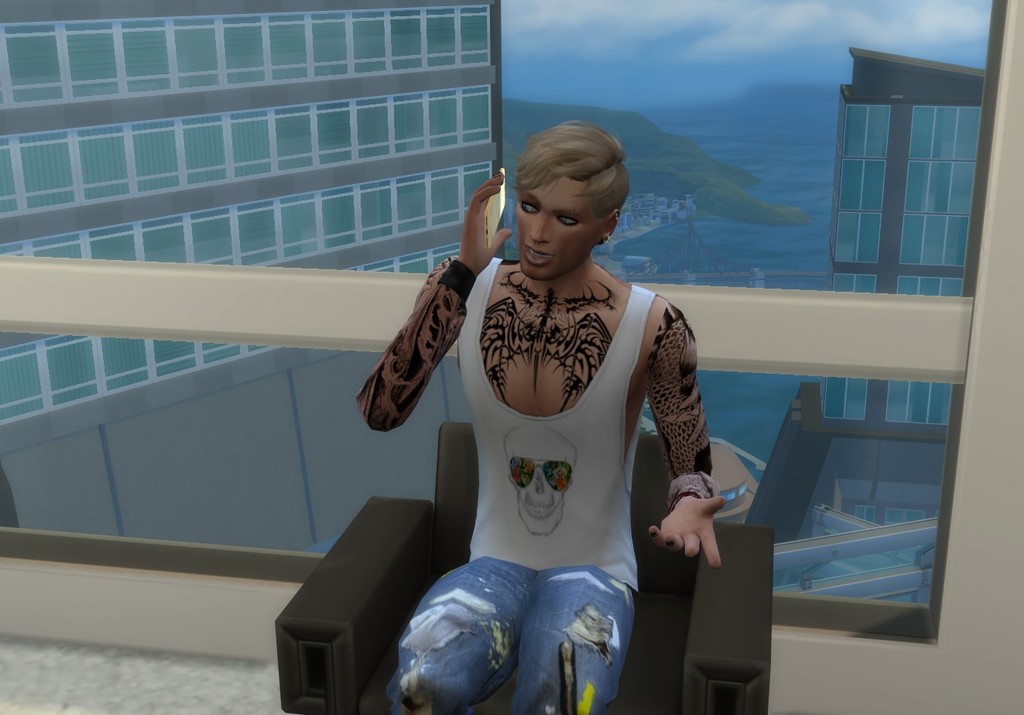 She didn’t say anything for a long time.

“Why are you saying ‘I’? Is your band going to be with you?”

“What?” Her voice rang out loudly in my ear.

It was time to do damage control. “The producer wants me to do some promo pics for Man’s Magazine with my dad...and some interviews. It’s a father/son thing for the cover. Dad had done the cover a long time ago when he was younger. My producer thought it would be great publicity for our band. And I’m going to be doing an instrumental cover for the 25th anniversary remake of Dad’s movie, Rumor. Lots of things going on right now.”
​ 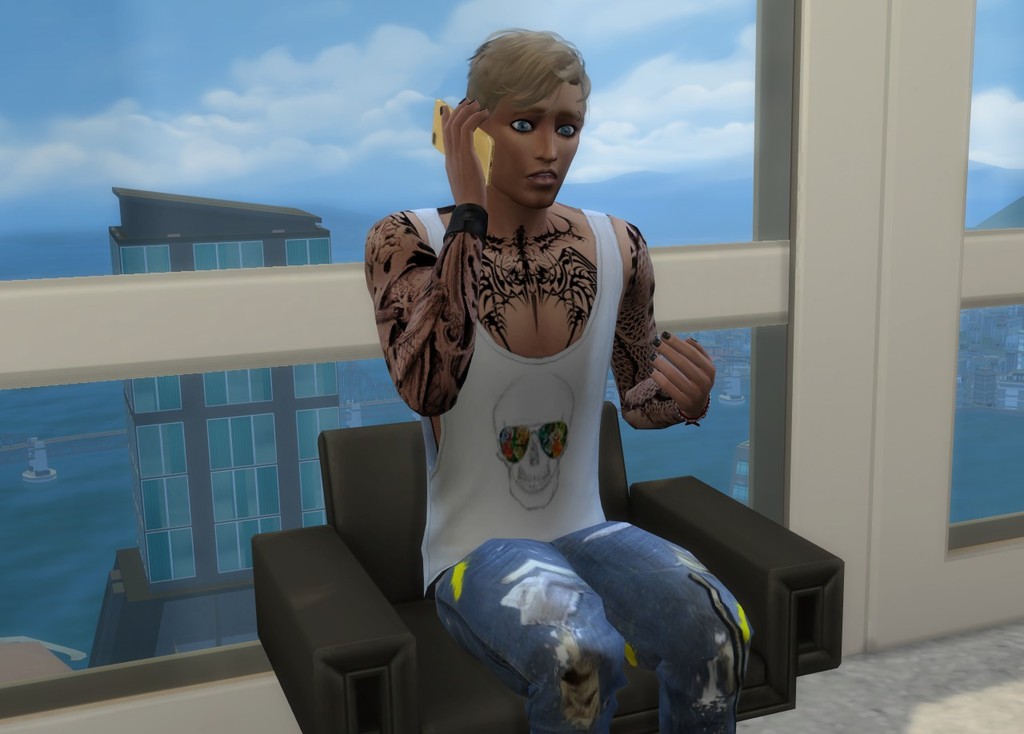 “What do you mean, ‘no’, Winter? I’ve got to do this. Our band is still unknown. If we want to start calling the shots on our schedules, we’ve got to get out there.”

“I mean, no, Jackson! You always do this. You always choose work over us. You don’t have to do this cover or this promotion. You know it.”

Now she was getting me mad. How did she know what I needed or not? “Listen, once this is done, I’ll be home. All the time. For at least three months. And if I can get everything done sooner, I will, okay?”

Silence. Then I heard some sniffling.

“Are you crying?” I couldn’t believe it.

Her voice cracked. “You’ve made your choice then.”

But she hung up on me.

Pressing her number over and over, it went directly to voice mail. Women. Why did they have to be so emotional?

I put my head on my hand. I knew she’d get over it. She had to. I mean, this was going to be our life. I wasn’t going to be a 9 to 5 businessman. Why couldn’t she understand?
​ 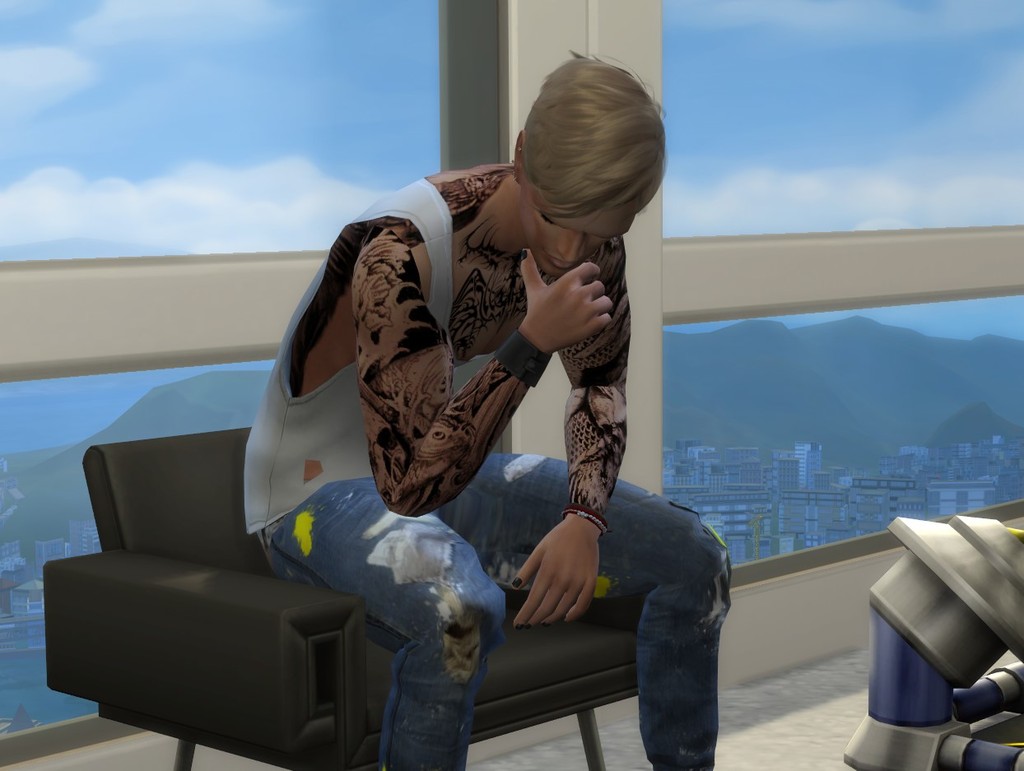 Overwhelming feelings of sadness threatened to swallow me. Tears rolled down my cheeks as I clicked off my phone. I didn’t want to talk to him anymore.

He didn’t care about me. All he cared about was himself and his band. 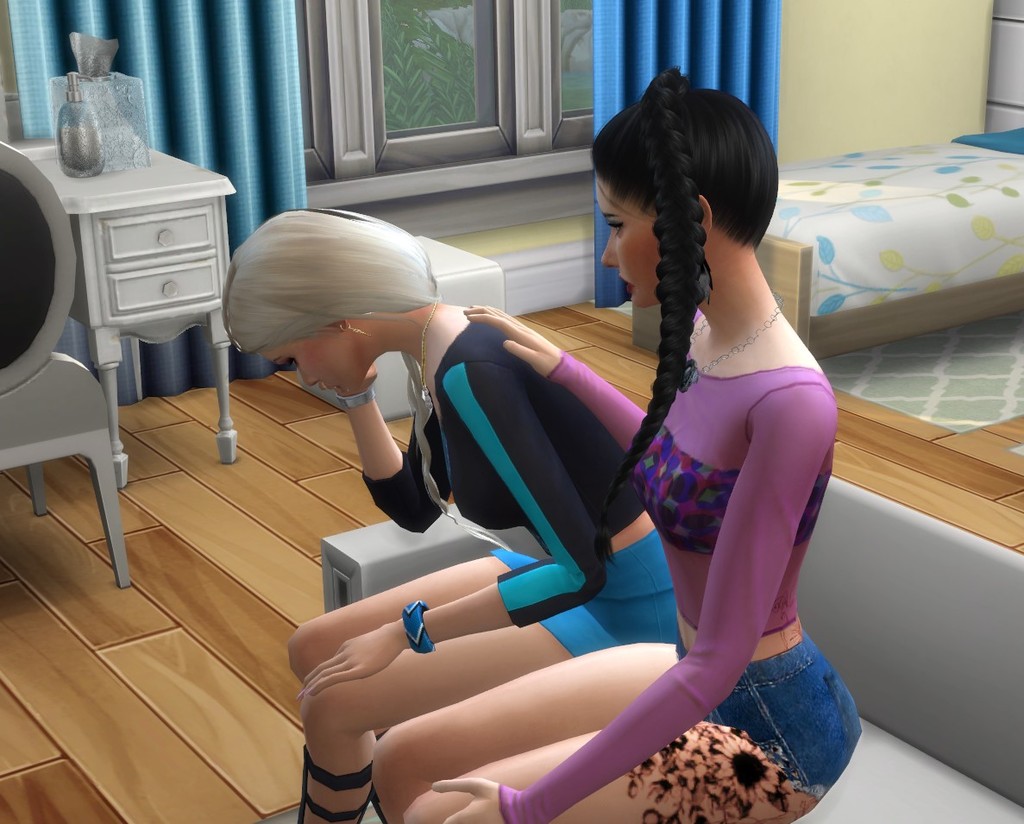 Not answering because if I did, I’d break down, I walked over to our prom poster. We were so happy then. That was before this freaking band thing. When all he wanted was to be with me. Jackson, my hubby, wanted exactly what I wanted. My six year plan was all going smoothly. His aspirations included becoming the best violinist in the San Myshuno Symphony and marrying me. I mean, he got into Bulliard, for Maker’s sake. Who gives that up for a grunge band?

I’d been feeling like it wouldn’t work for a while, but I wouldn’t listen to those bad thoughts. I’d loved Jackson for so many years. How could I give him up? But now, I realized I had to. For good. And that was going to tear me apart.
​ 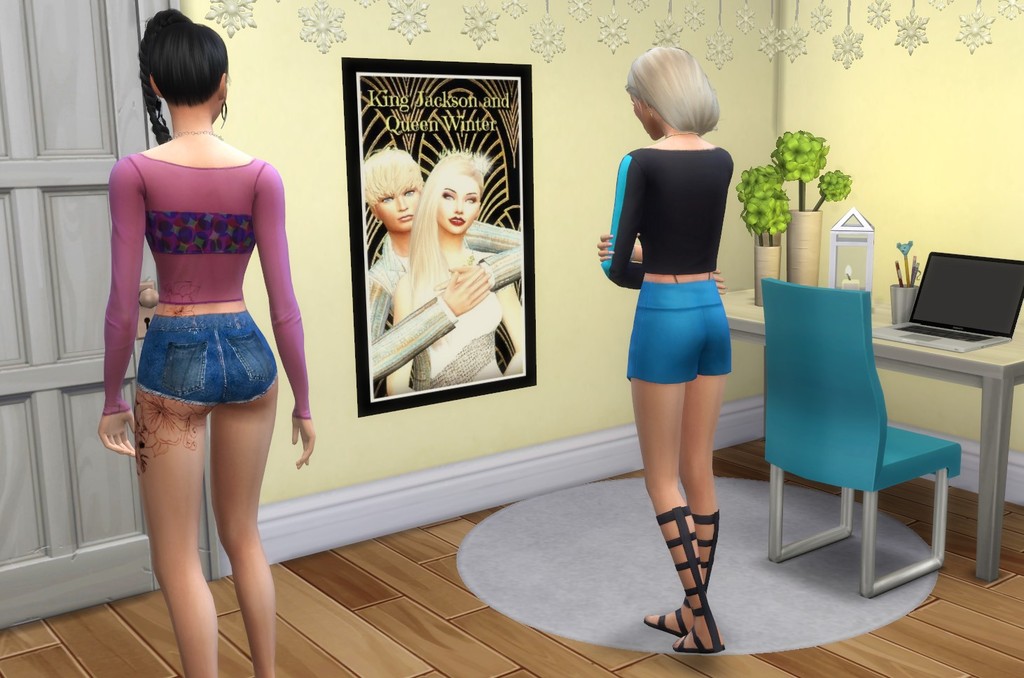 A knock on the door came, but I hardly heard it. My shoulders shook as I cried.
​ 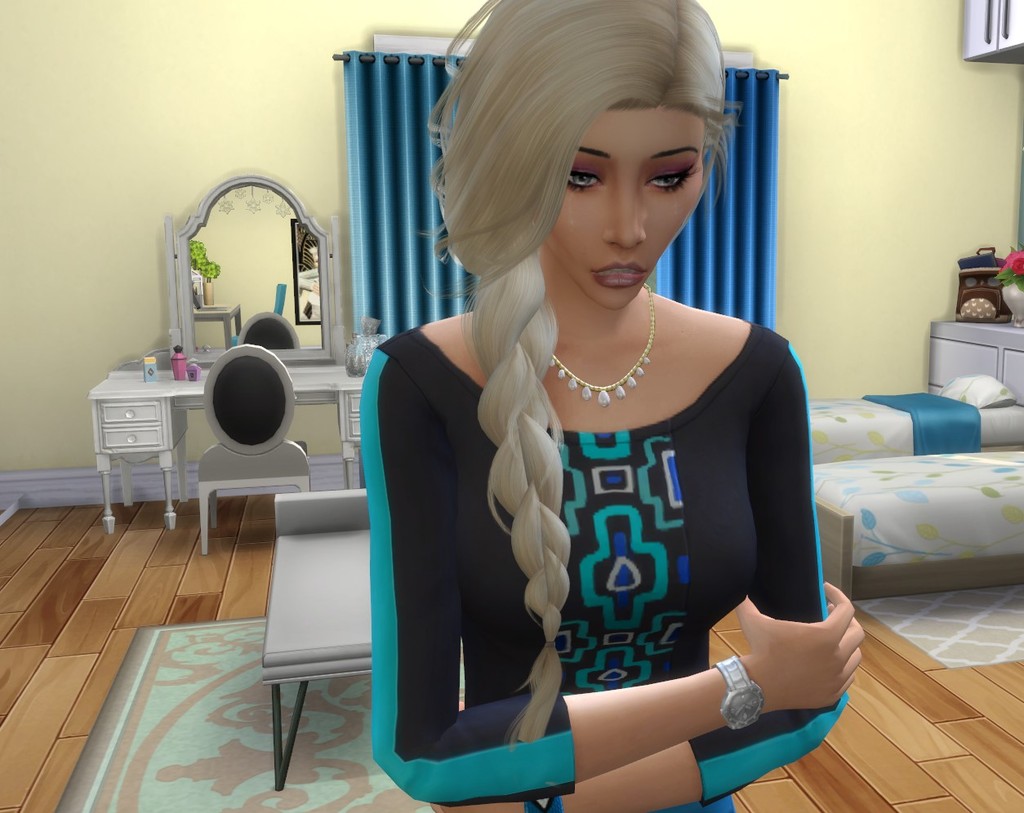 As if off in the distance, I heard, “Now is not a good time, Victor.” 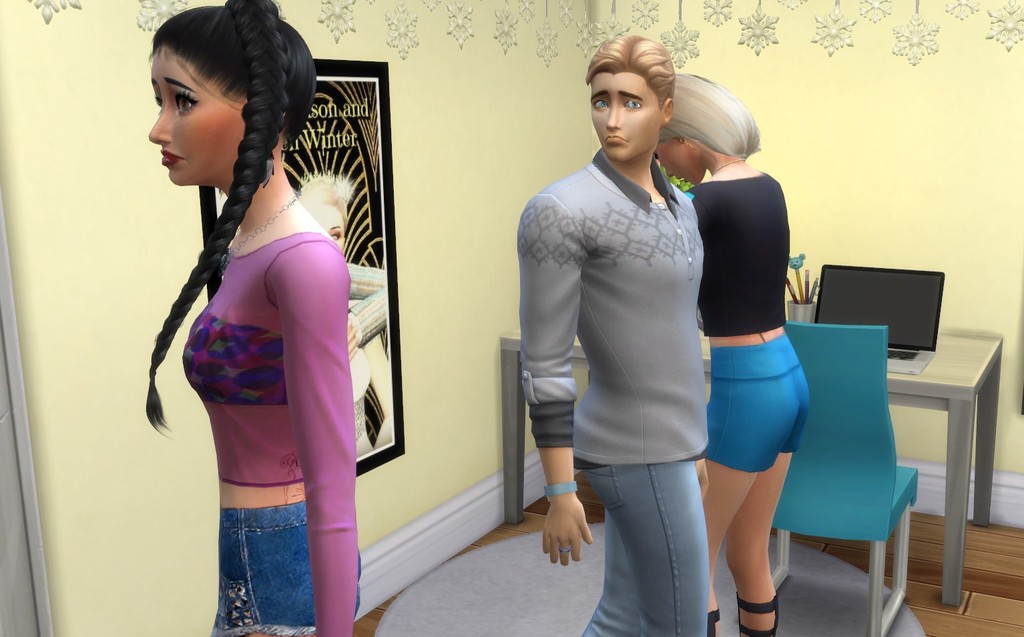 Without any more words, I felt arms wrap around me and smelled Victor’s cologne. I needed him. Sinking into his shoulders, I let out all my emotion. 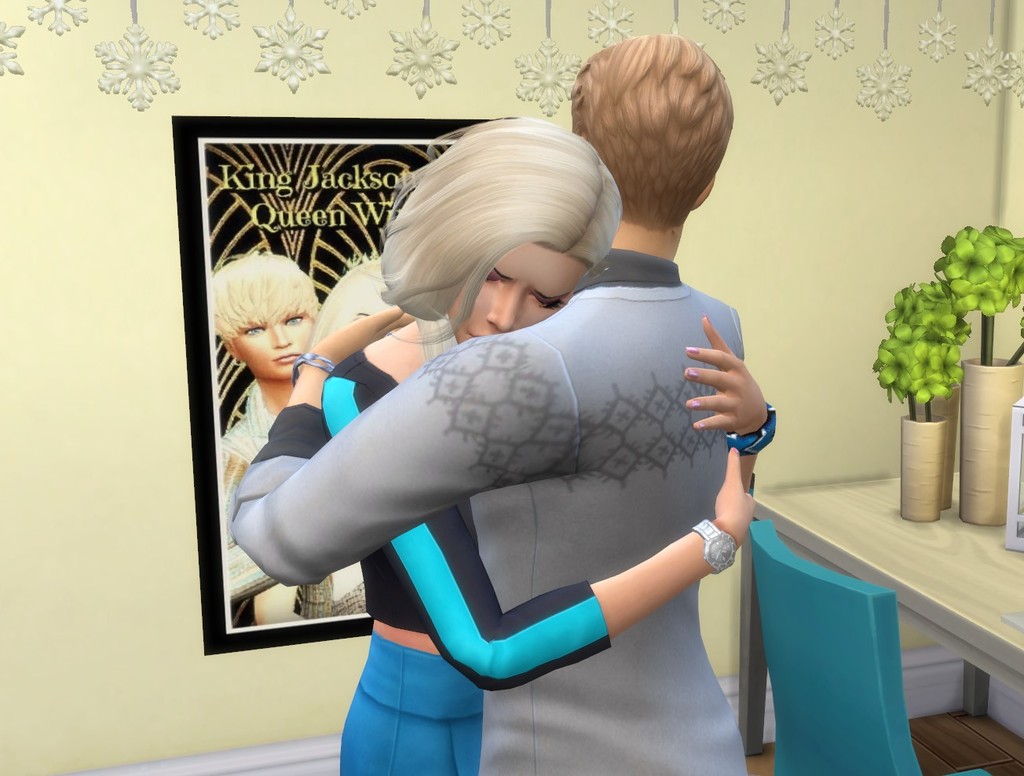