After that strange lady left, I sat next to Shiv, and asked, "So, what was that about?" 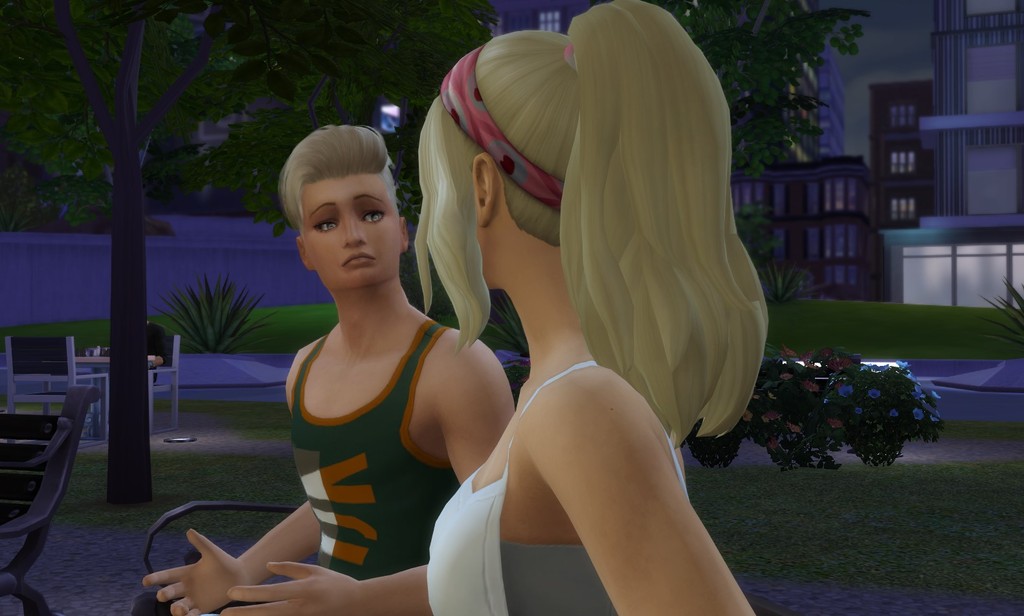 Shrugging, she said, "It was weird. She said she was an old friend of Daddy's. You know Grandpop's old legacy? The Richardson's? She bought out its corporation, Knight Industries, and says when I reach 25, she'll give it to me." 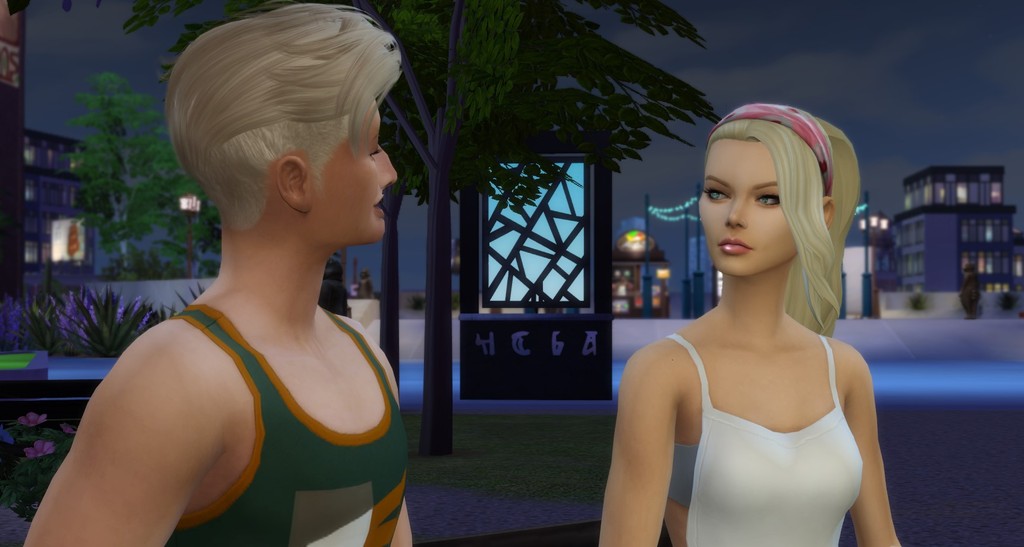 "You're shitting me. An old friend of Dad's just up and wants to give you like a mega corporation? Doesn't that sound freaking strange to you?"
​ 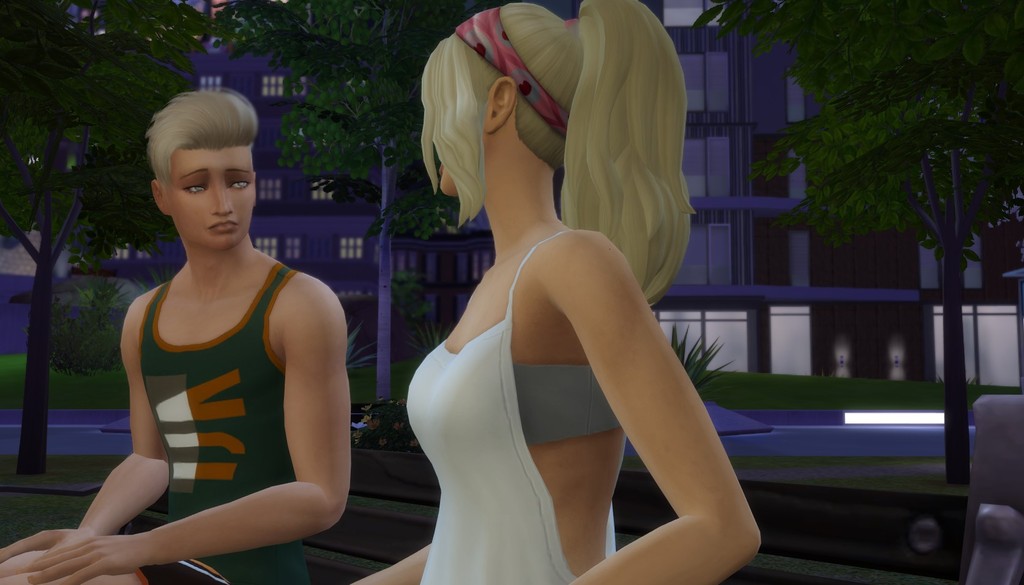 "I know, right?" she said. "But I don't believe her. She's probably some crazy fan of Daddy's. You know how they can be...I'm not going to think anything more about it, though."

I squinted at her. "You're not. A freaky lady wants to make you into some billionaire and you're not going to think about it." 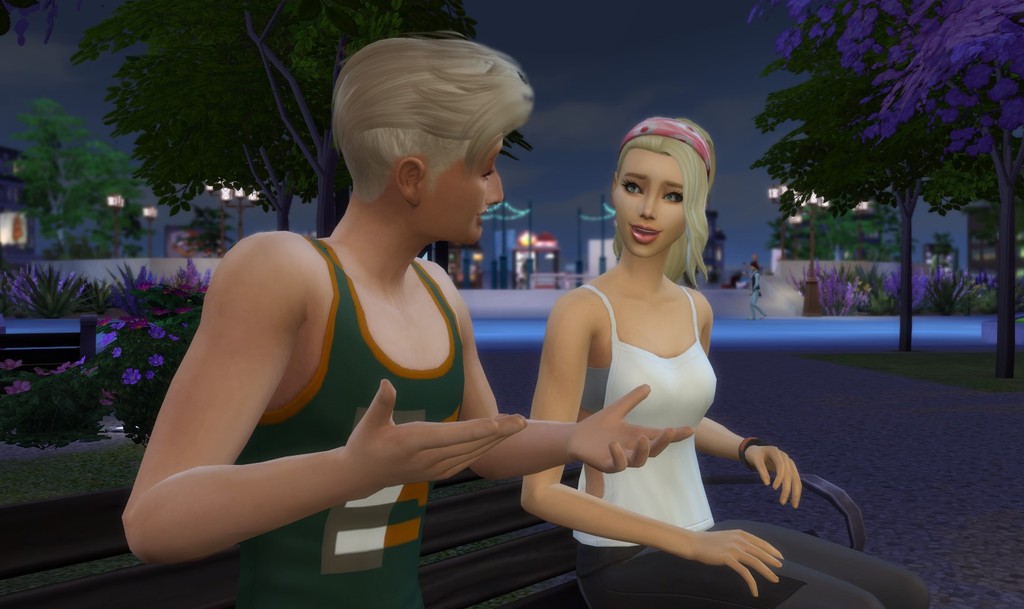 "Nope." Then she got this impish gleam in her eye. "I'm just going to lose your ass right now."
​ 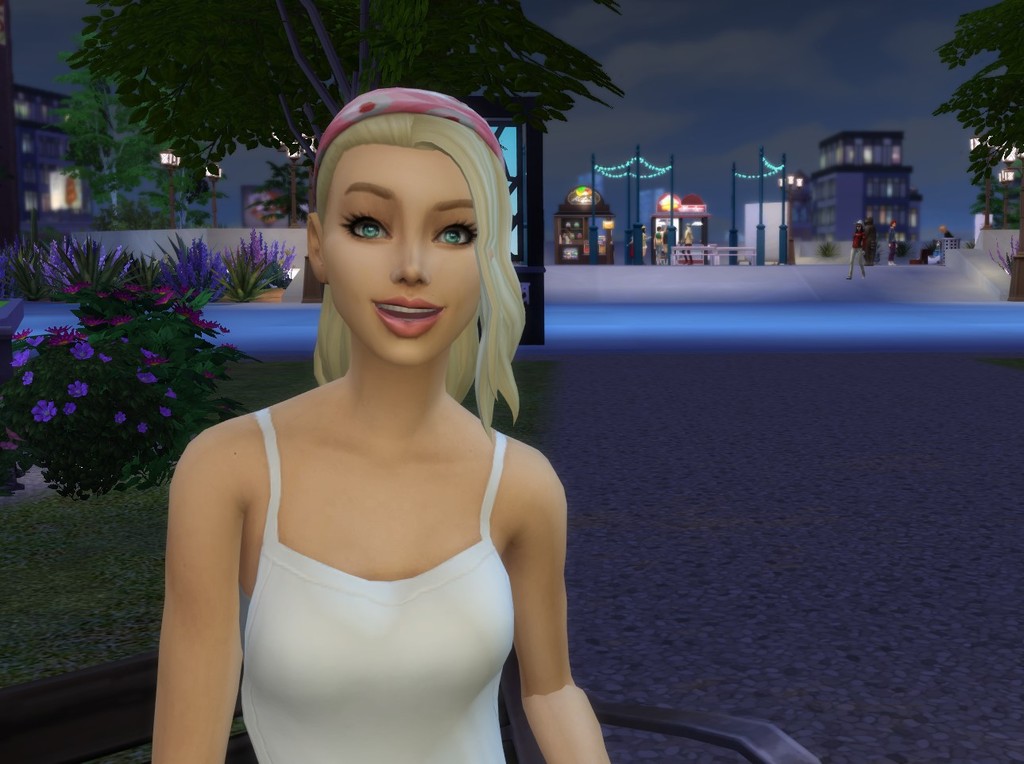 She bolted away like she had jet packs in her shoes. 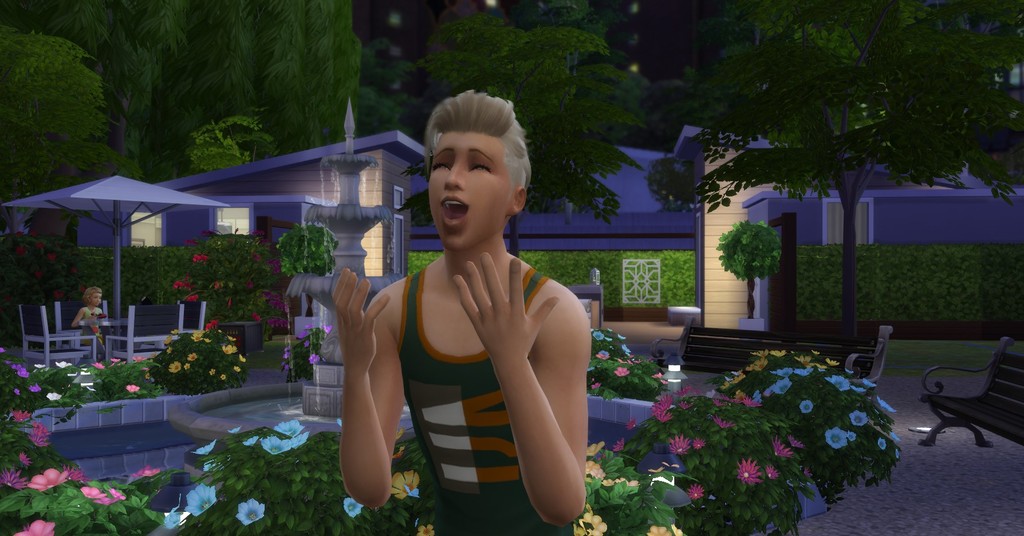 Then I started laughing. "My God, she got me." I was going to be in so much trouble if I didn't come home with her. Well, the only thing left to do was search. 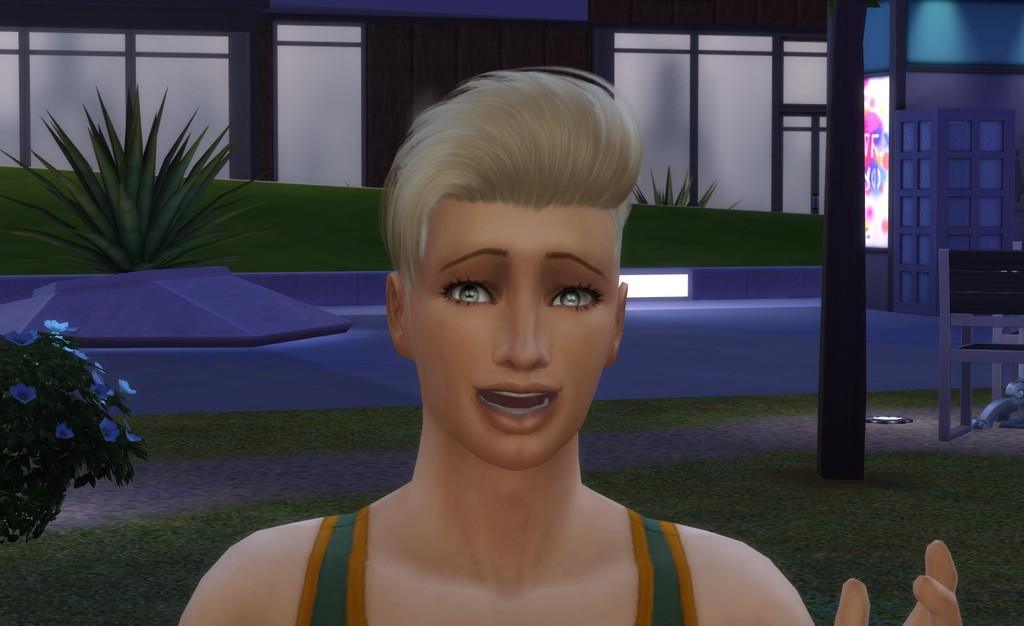 But Shiv was nowhere to be found. She was way too fast.
​ 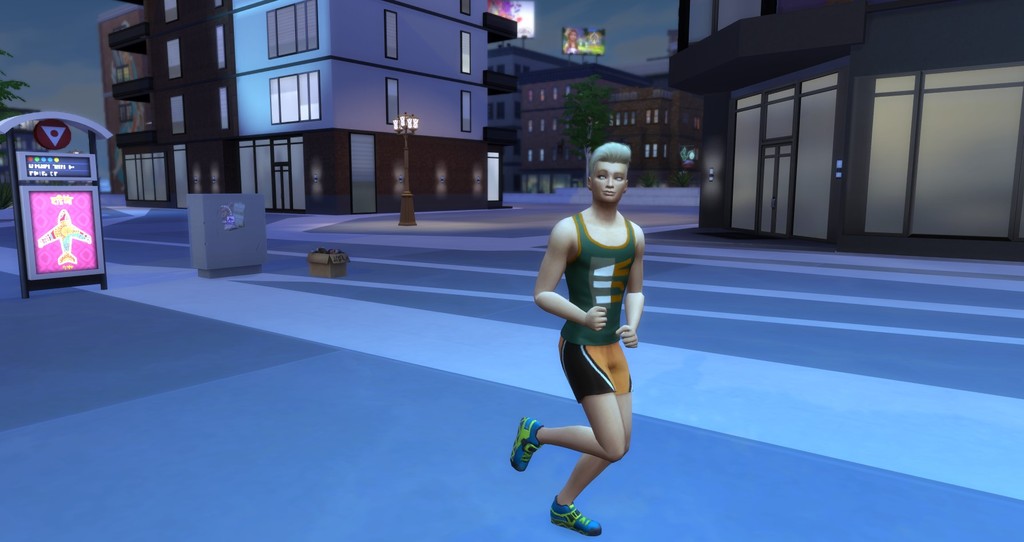 Thankfully, she was waiting for me on the steps at Aunt Dakota's place. Arching an eyebrow, she said, "You need to work out more, Eli. You're a pathetic wimp."

I put her in a chokehold until she took it back.
​
Siobhan

​The following weekend, my grandfathers visited. I decided I should at least tell them what happened with that woman in the park. "And so, she said she'd give me Knight Industries when I turned 25. Isn't that weird?" 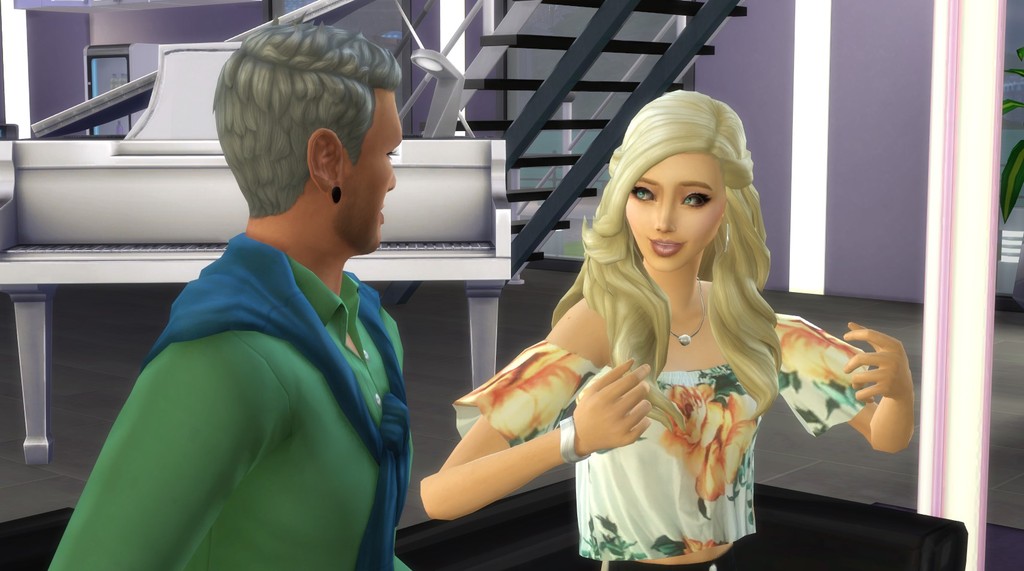 Both of their faces grew serious. Cocking his head, Granddad said, "You say it was a middle aged woman. What did she look like?"

​"Oh, I don't know...she was wearing sunglasses even though it was about to get dark. And she had this huge hat on...she had black hair, I think. She sort of reminded me of Aunt Lilly, I guess, only she was thicker." My Great Aunt was rail thin.
​ 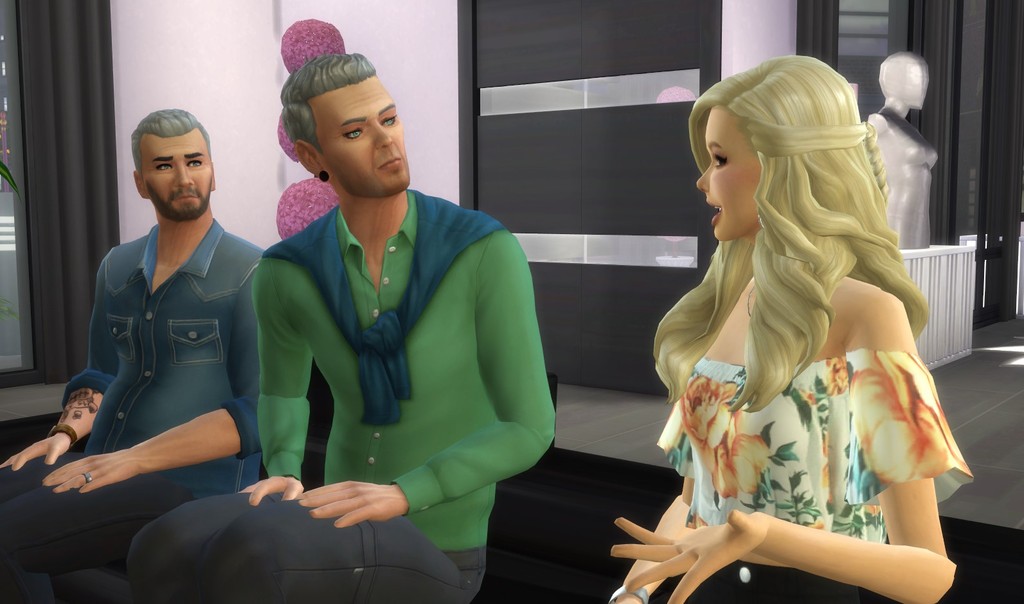 My grandfather's locked eyes with each other in a knowing way.

Grandpops asked, "What was her name?"

"I don't know...she just said she was a childhood friend of Daddy's and she said to say hi to both of you and that she wished you well."
​ 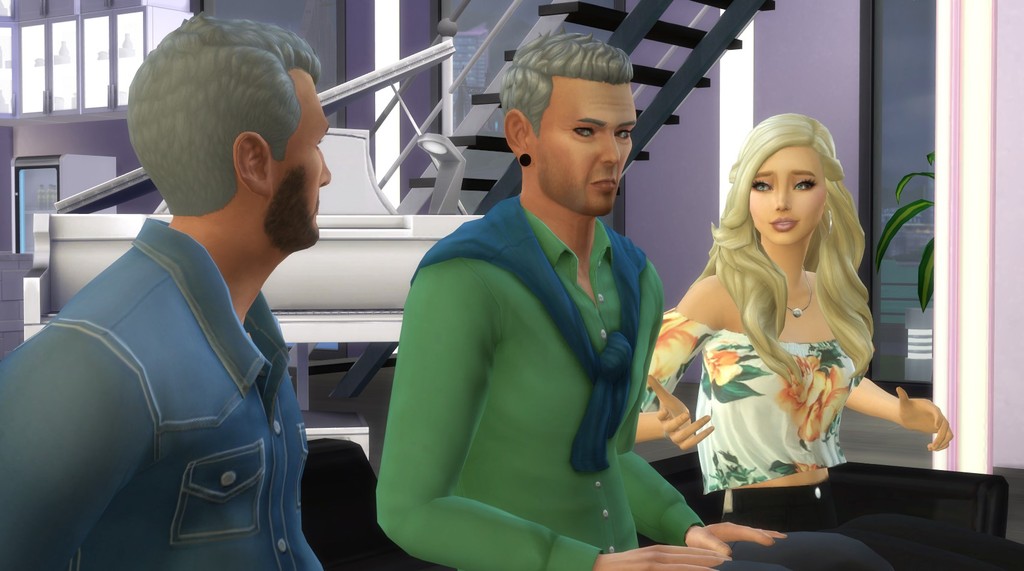 "Now, we can't jump to that conclusion," Granddad countered.
​ 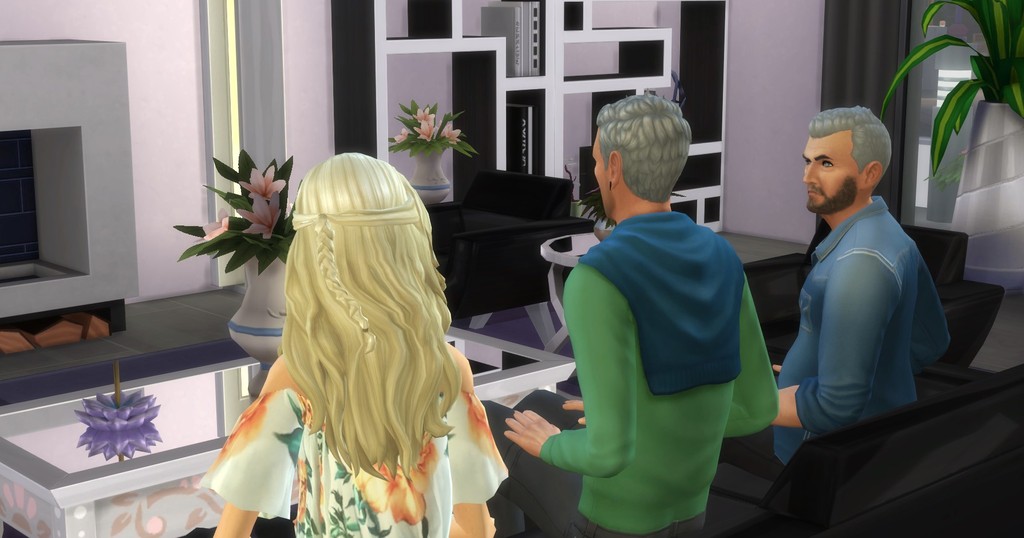 ​"It's the only thing that makes sense." 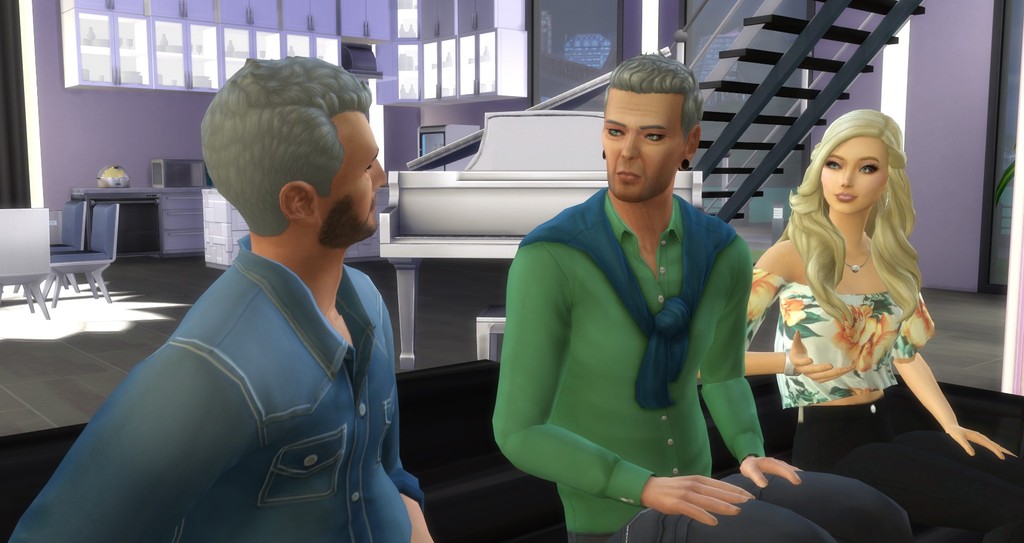 Grandpops growled, "Siobhan, don't have any dealings with that woman. She's evil. She's gone out of her way to hurt our family. If she contacts you in any way, let us know immediately." 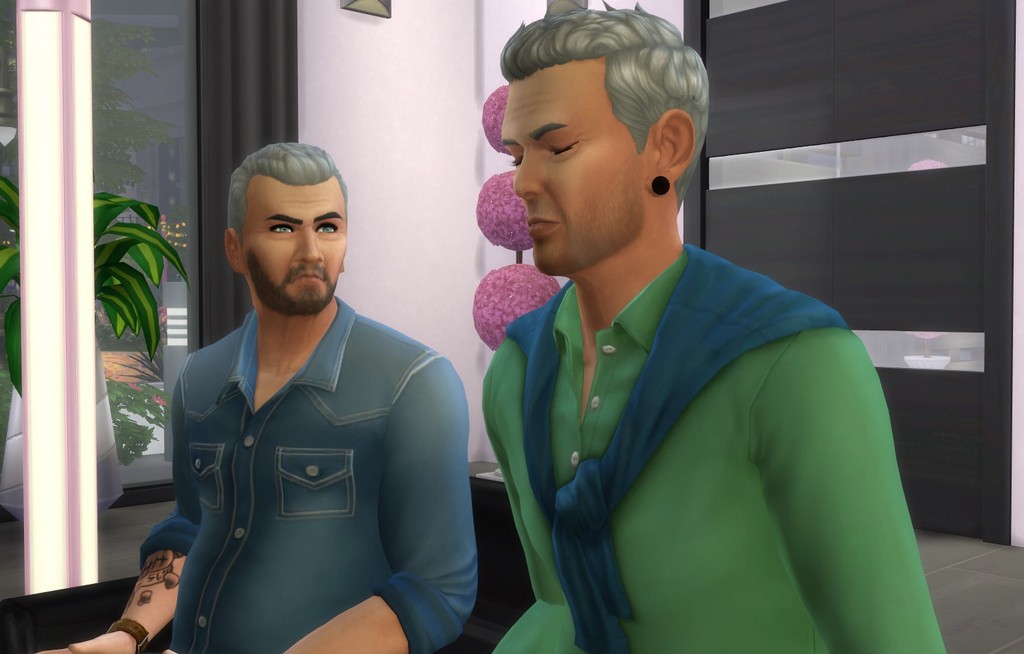 But they wouldn't tell me who she was or why she'd want to hurt our family. She didn't seem mean in any way. But after they made me promise to call them the minute I heard anything from her, including any dealings with that company or if a lawyer contacted me, they changed the subject. My mind flipped out wondering how giving me a corporation would be so bad, but I guessed I had to believe my grandfathers. I mean, it was a very odd offer.

Months passed and I didn't hear anything more from that strange woman, so I guessed it was just some freakish event and put it out of my mind.
​
*****

I posed for a lot of pictures, not believing this would be the last time all of us would be together for a while.

Kailyn and Matthew were going to beauty school. Both wanted to become hair stylists and open their own shop together. I thought that was so sweet!

Cereza and Delaney were going to Simpton University a few hours away. The only people going to Folumbia were me, Naomi and her boyfriend, Milo. I had mixed emotions all day.
​ 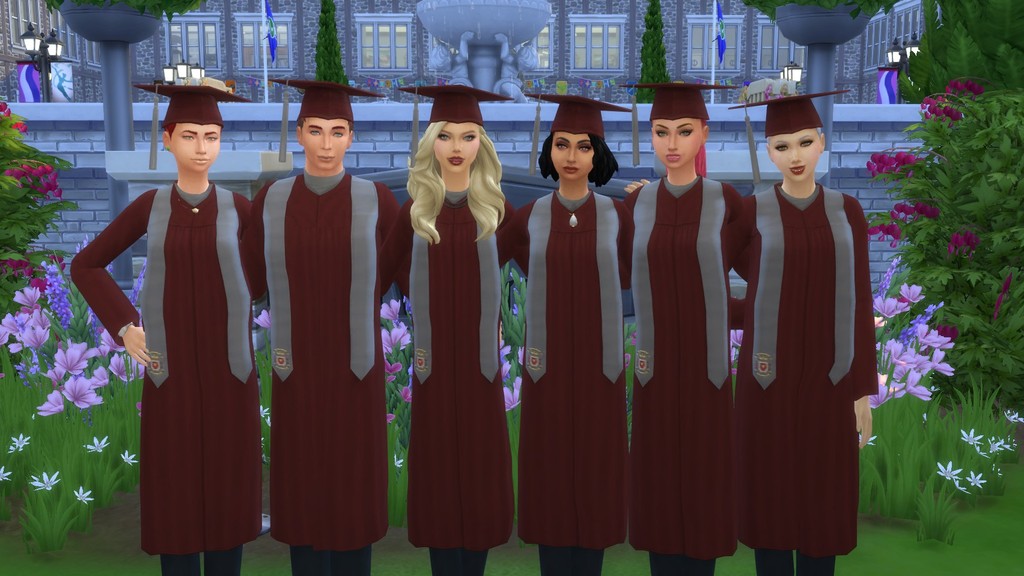 I was so happy to have my family there with me. But sometimes a twinge of sadness would blanket me, especially when I posed with my grandfathers. I thought how Daddy would have loved to have been there with me. He would have hugged me, telling me he was so proud.

But I couldn't dwell on that. This was a day of celebration! And I couldn't wait to start the next phase of my life.
​ 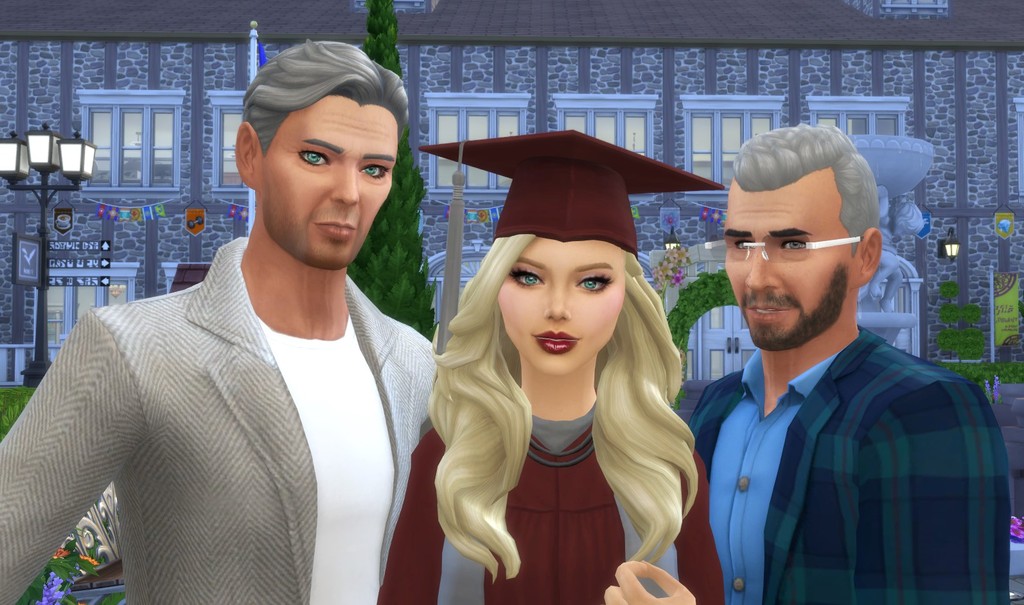 "I wish I was like you, sis," Eric said. "I want to graduate so I won't have any more school." 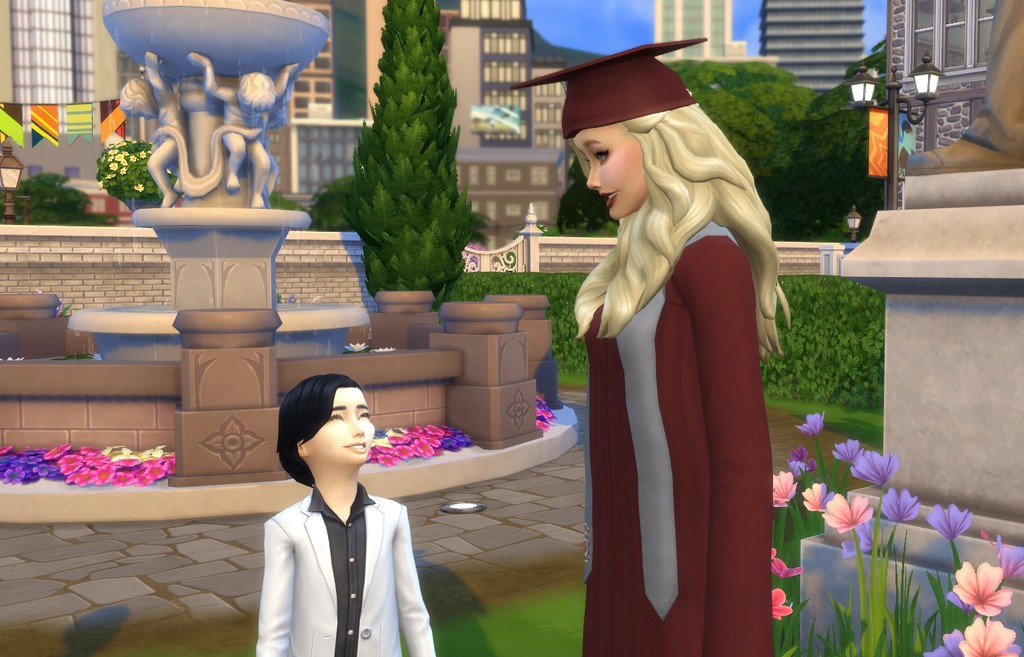 "Yeah," I said, "but I understand you, little bro. College should be more fun. I won't have Aunt Dakota breathing down my neck." 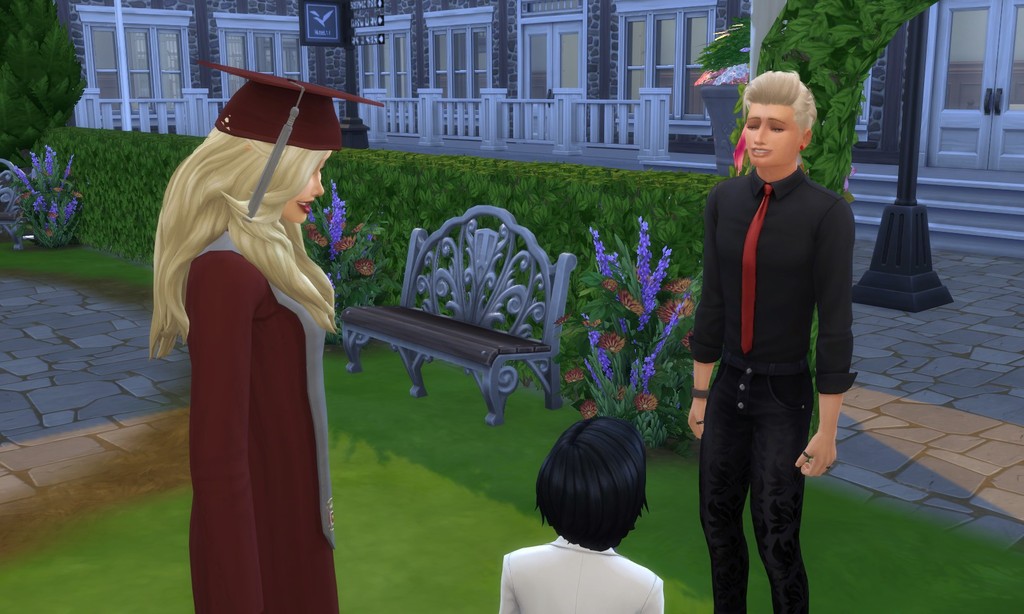 "Yeah, see?" Eric said then he stuck his tongue out at Eli.

Just then, Julien patted Eli on the shoulder. "Can I have a word with Shivvy, mate?"

Even after these few years, just looking at Julien pitched butterflies in my stomach. I wished I wasn't stuck on him. I didn't know if I could ever truly stop caring about him. But I was satisfied with being friends, at least. It took a while, but we finally started acting normally around each other again these past few months. 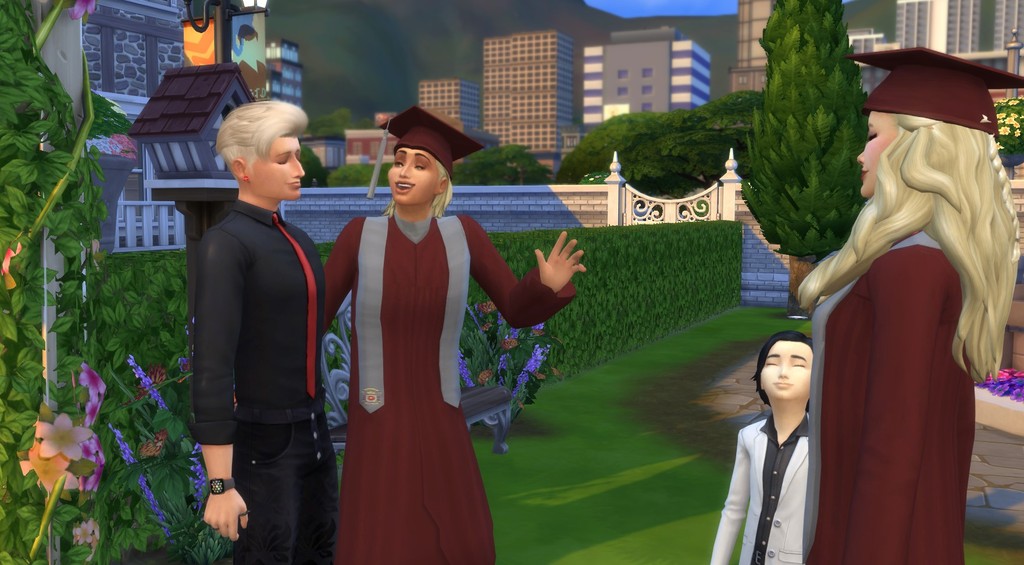 "Hey, Julien," I said, shyly, wanting to tell my heart to stop pounding. 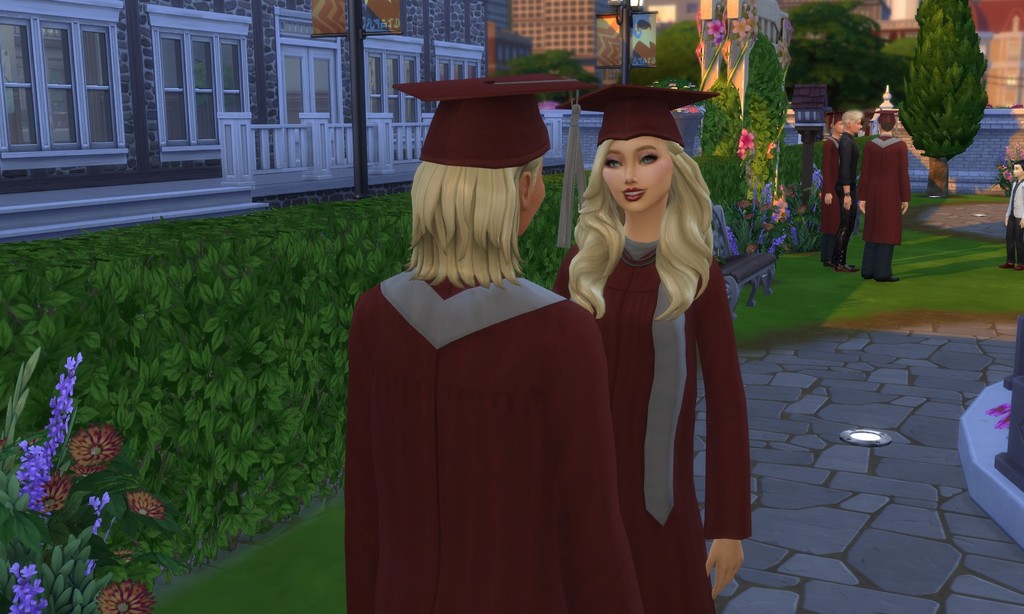 "You're not going to forget about me now, Miss Collegiate? Thinking you're too upper crust to talk to your old mate?"

I wanted to say, "old boyfriend", but yeah...Julien couldn't settle down so why bother to put it out there? 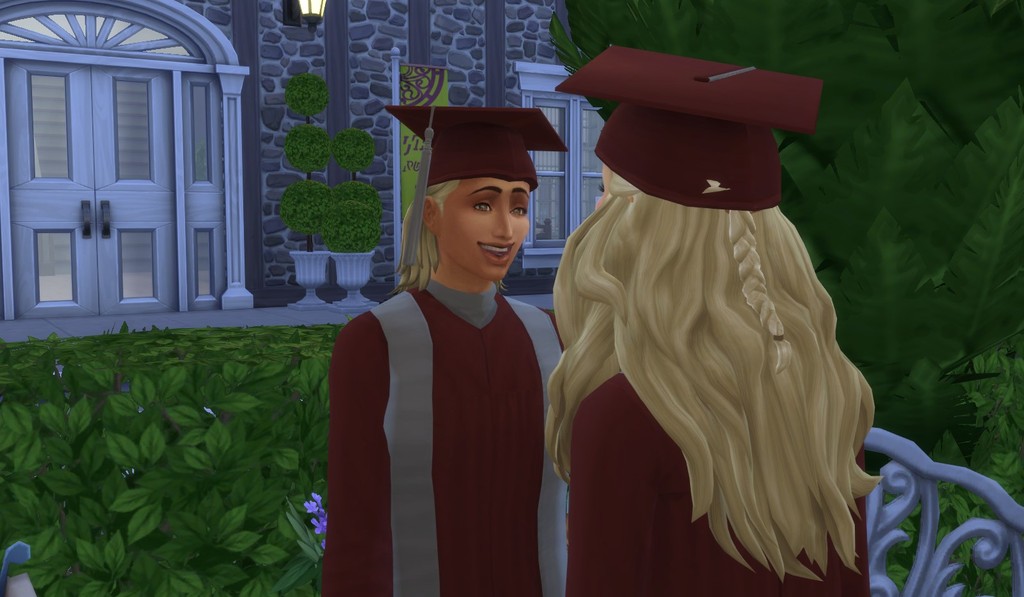 "Are you kidding?" I said, instead, wrapping my arms around him, not wanting to let go. "I'd never do that. You'll have to visit Naomi and me. We won't be very far." 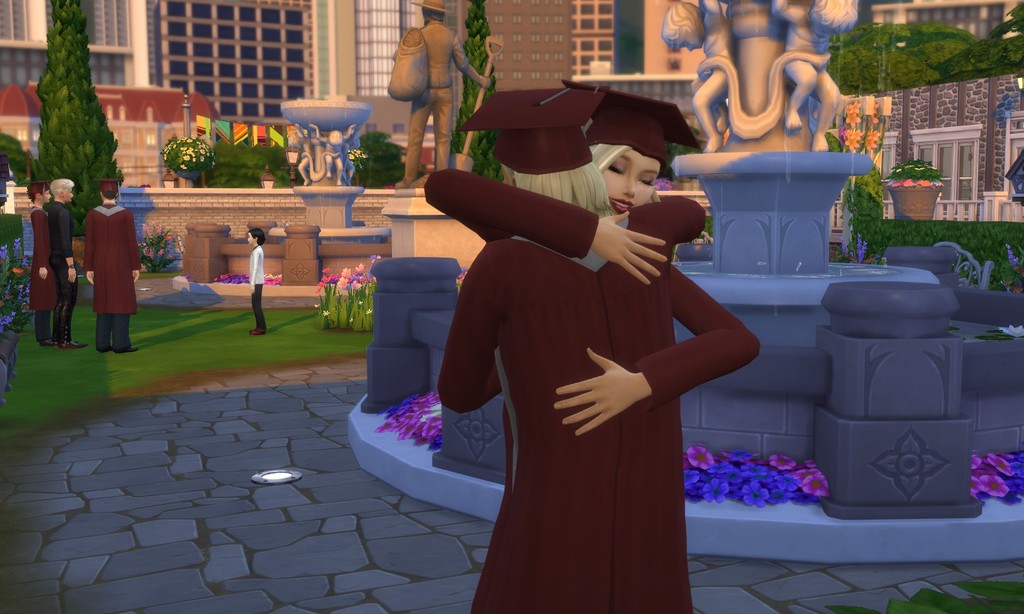