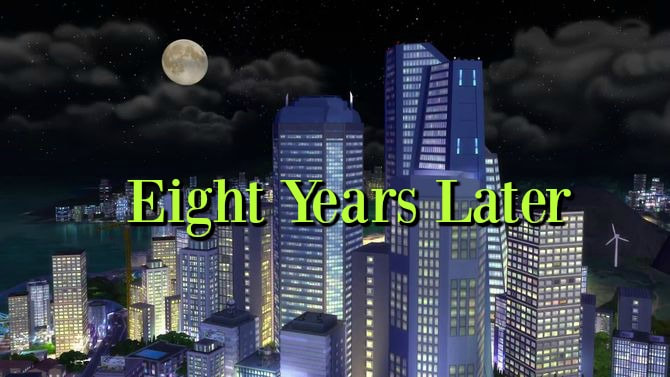 God, I'd been pounding this bag for an hour and my coach still hadn't shown up.

What the crap were my parents paying him for?
​ 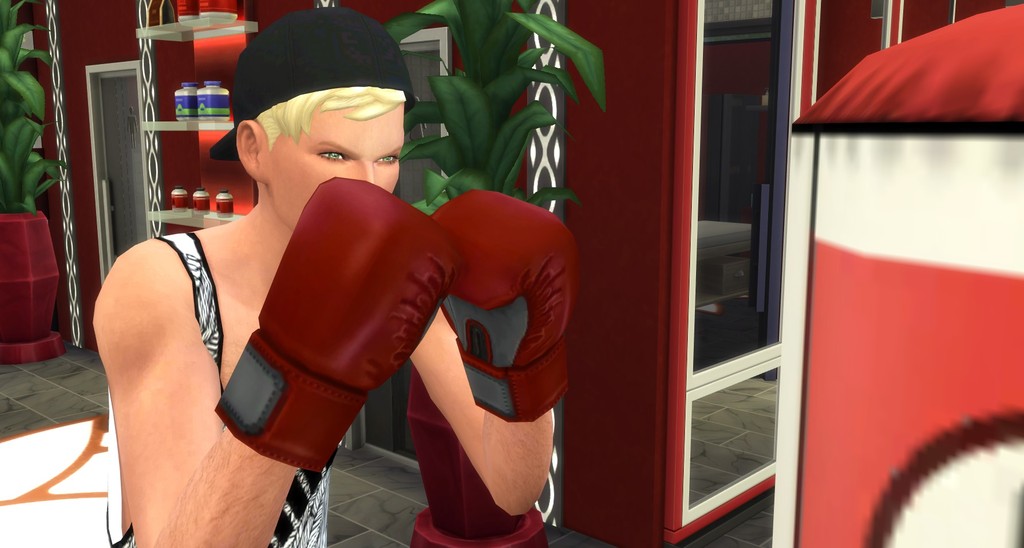 Picturing his huge body as the bag, I laid into him, funneling my anger. I imagined getting in the octagon and taking someone out just like my great granddad did back in the day. I remembered when I was little, he'd tell me so many tales of his adventures as a undercover agent and how he'd done MMA for a while until he fell in love with my great grandpops. I'd never met Knight Day, but he and great granddad had the coolest love story. No way in hell would I ever love a dude, but I could see why my great granddad might give up the gloves for secret agent work.

It sounded so incredible.

Something I really wanted to do.
​ 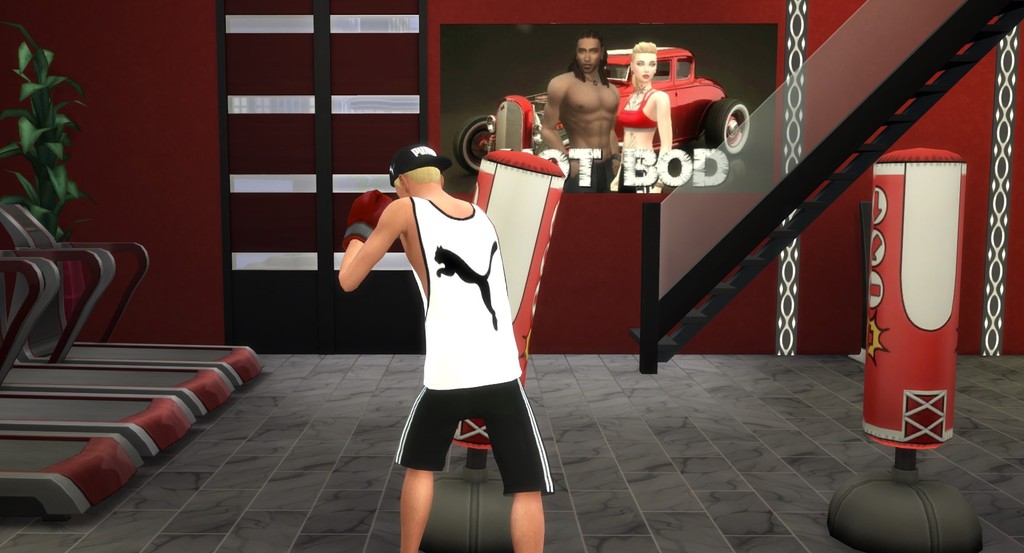 "Who are you mad at, August?" my coach's deep voice rang through the room. "Yourself for sloppy footwork and pathetic punches?"
​ 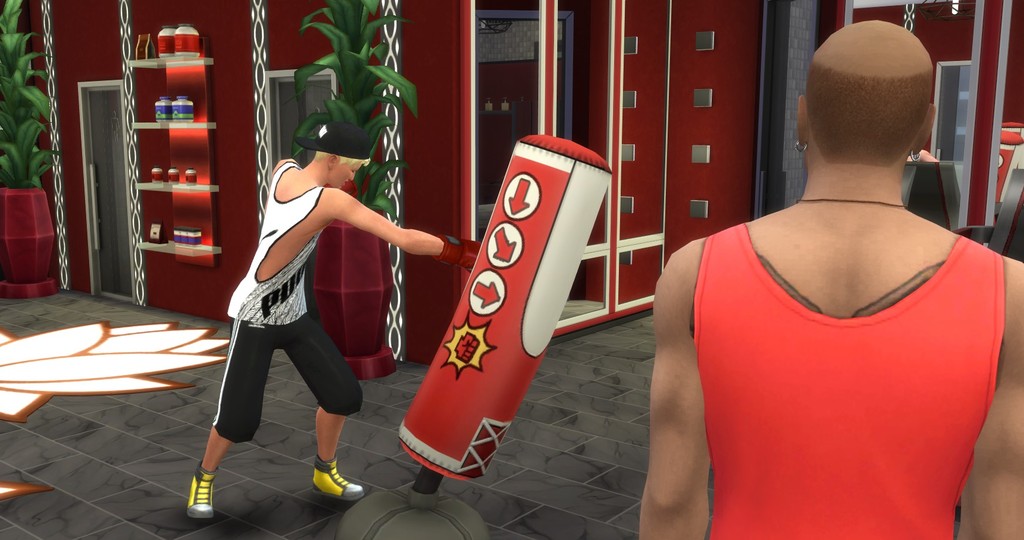 Taking off my gloves, I said, "What the hell, coach? I've been waiting on your for an hour. You could grow back your dreads in that time."
​ 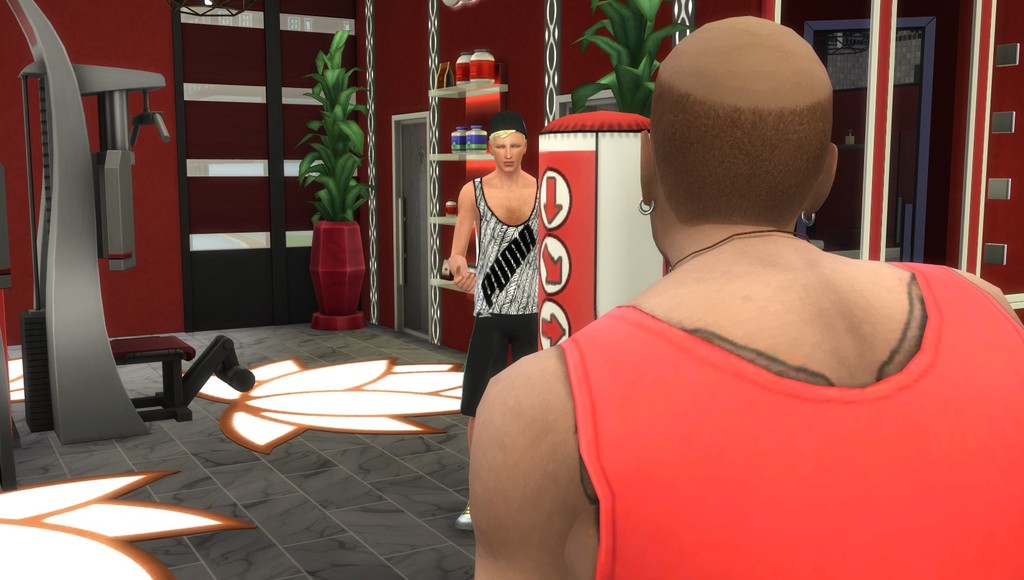 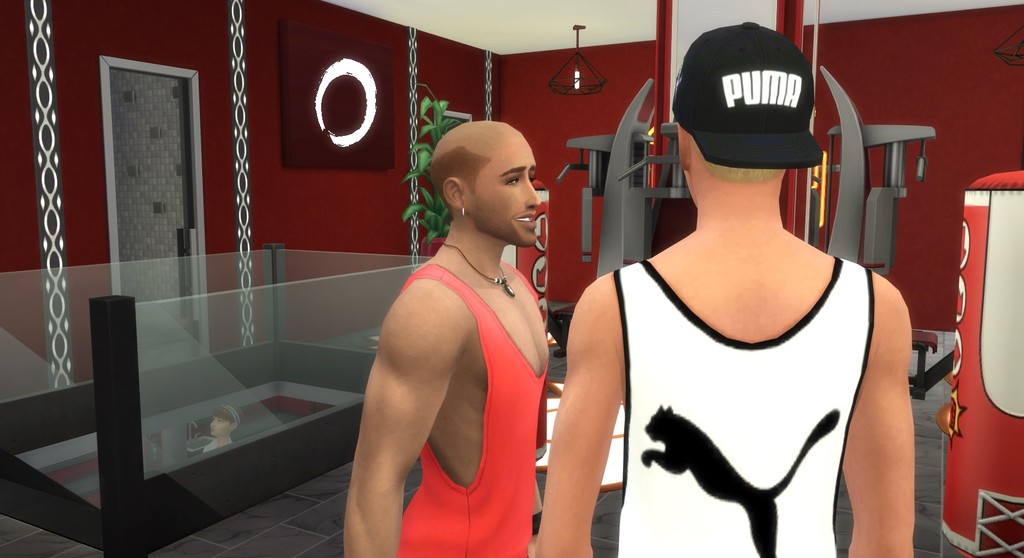 "I mean it. I have other clients, too, August, and you're here too early. I've told you that before. Just because your family owns this club doesn't mean I have to answer to you. Now do the situps or our session is over."
​ 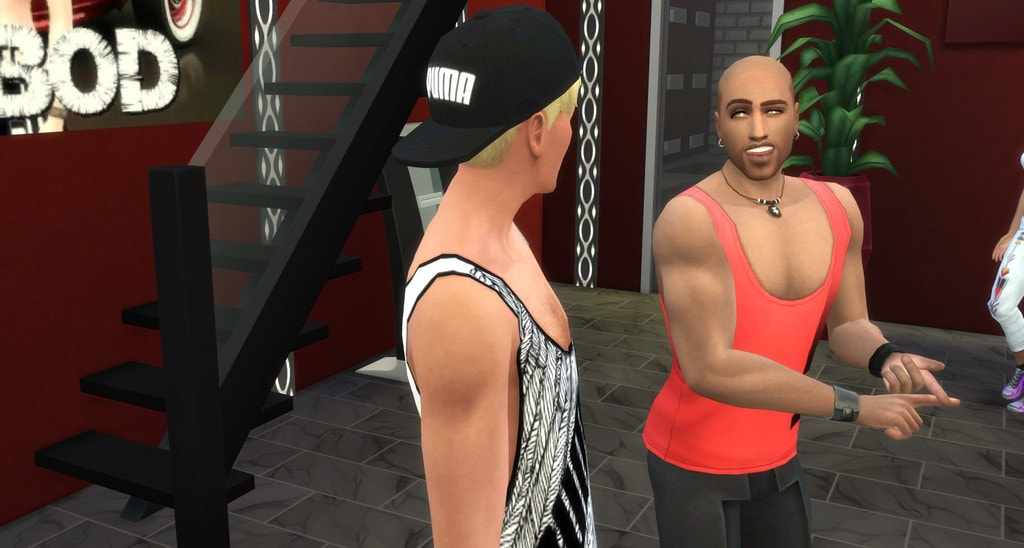 I just didn't get it. Didn't he want me to succeed? I couldn't do that on my own. And my first bout was in a month. He knew how important it was to me. Sometimes I wished I held the power, then people would sit up straight like they do when my mom walks into the room. But I'm just some stupid kid.

As I was grunting through all the situps, I heard my mother's voice above me.

"Hey, Treyvon. I see you're penalizing my son. What'd he do this time?" 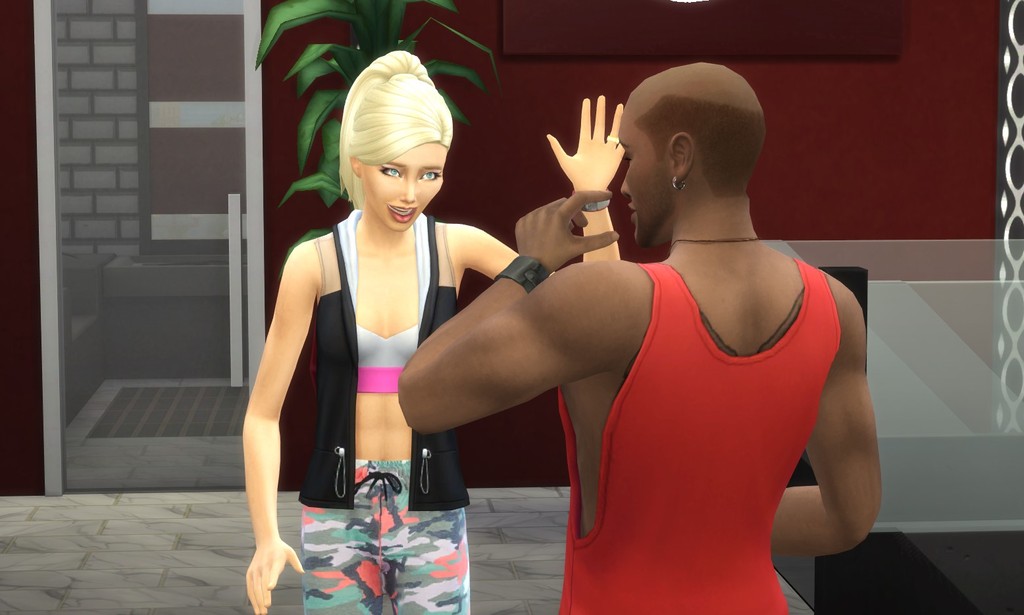 "Nothing I can't handle, Siobhan. He's not as tough as he likes to act."
​ 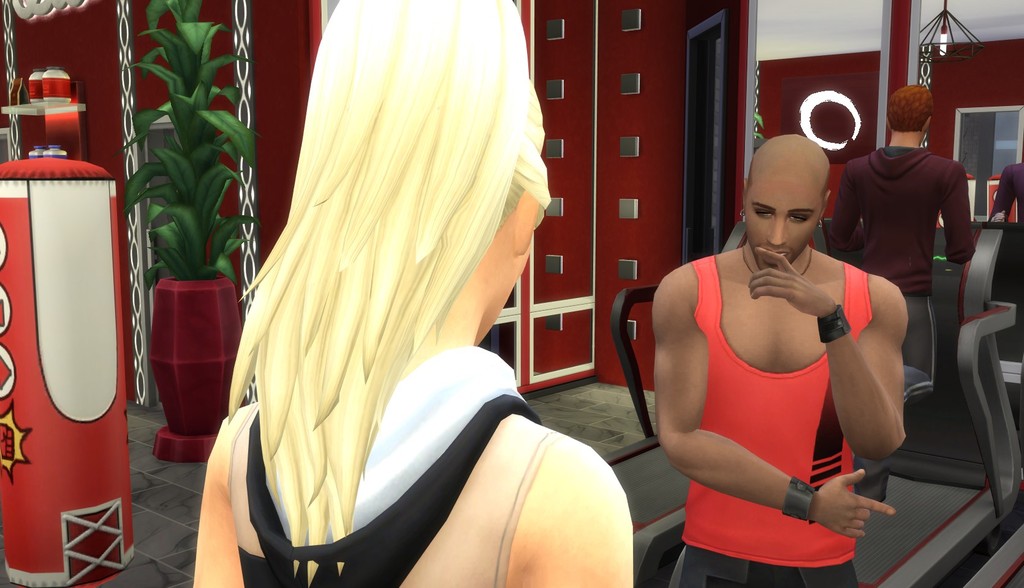 "As much as I'd love to see him finish up, I really need to talk to him. Could we have a minute?" 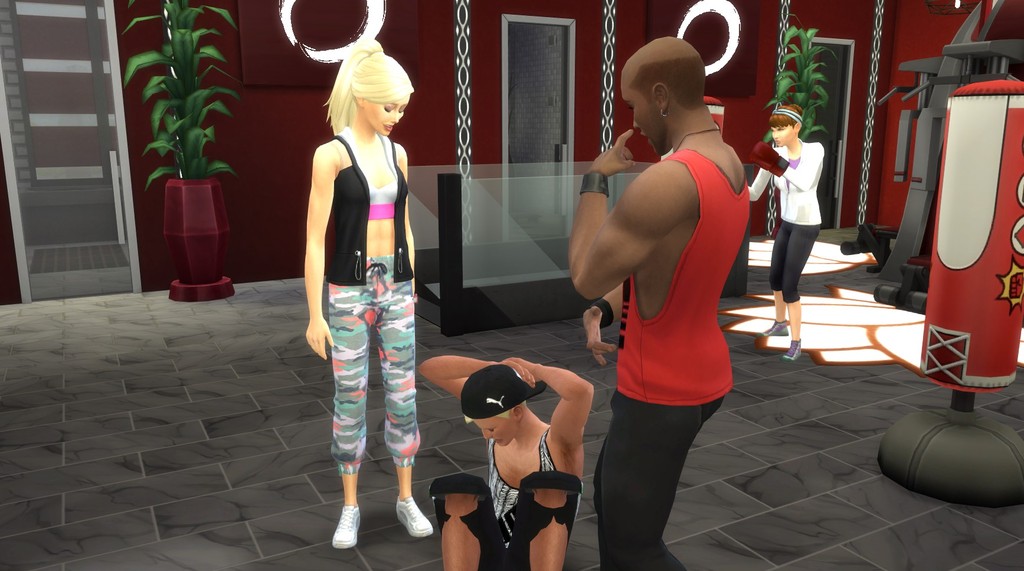 Saved by Mom! Who would have guessed?

Jumping up to my feet, Dad walked in, slipping his arms around her and nuzzling her neck. "Have you told him yet?" he asked. 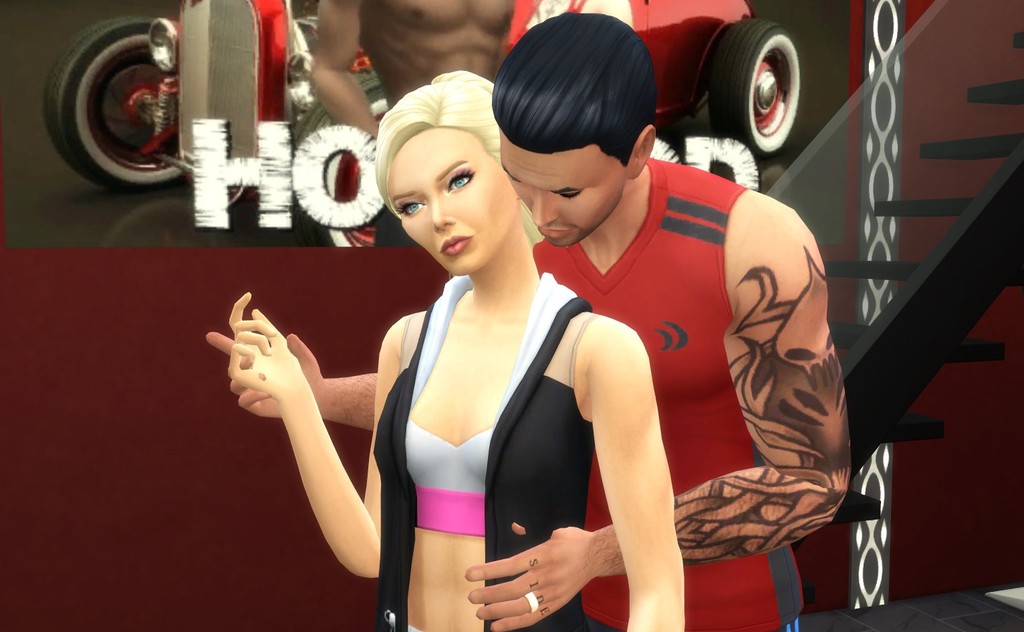 Raising my hands in disgust, I said, "Come on, you two. Get a room already. If you're just going to sit there and make out, I'm leaving."
​ 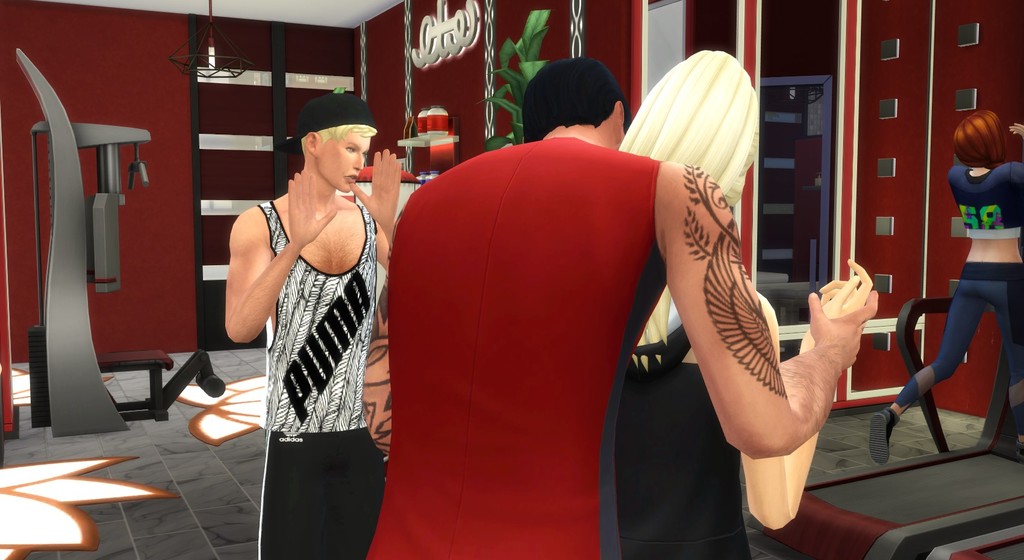 I shouldn't have opened my big mouth. Dad hated it if I ever told him what to do.

"Can I help it if your mom is such a hottie?" He peppered her face with kisses. 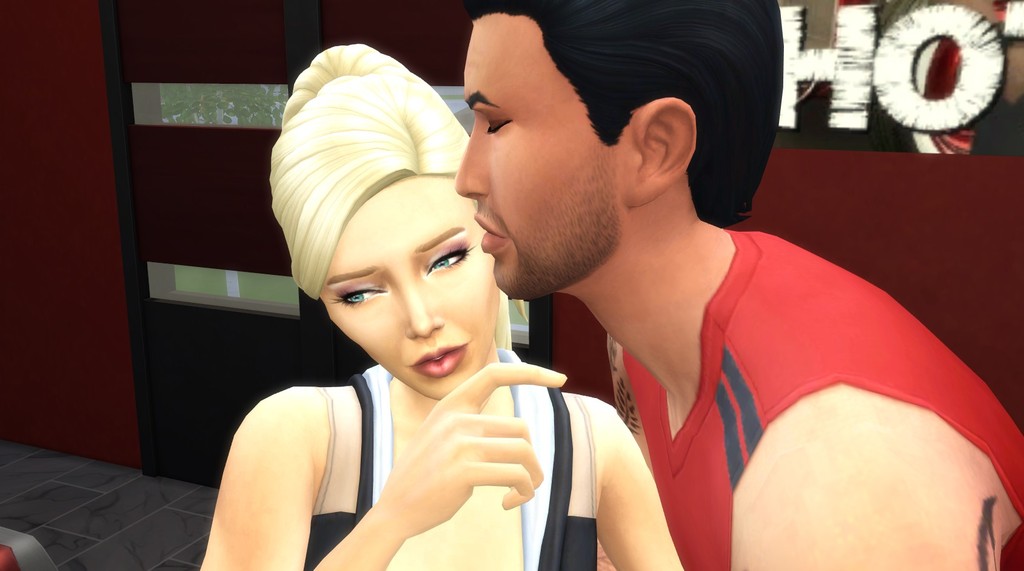 Make things worse? My stomach clenched. I hoped no one got hurt like Uncle Eli or Uncle Eric or my aunts or the kids. "God, did something happen? What do you want to tell me?" 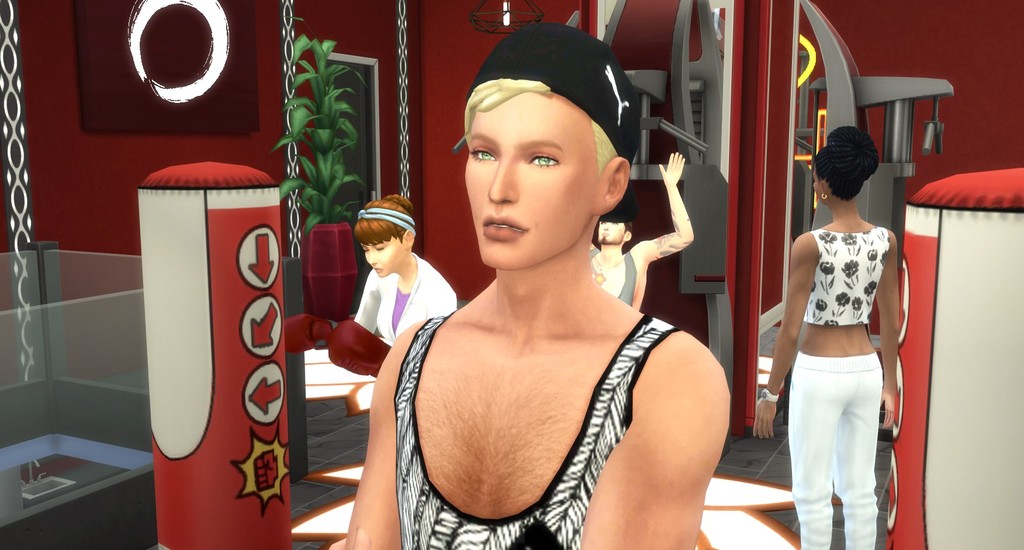 "Your mom has a great opportunity to open another club," Dad said.

I let out the breath I was holding. "Is that all? So? She just opened one up in Newcrest. Why the big meeting here?"

Mom chewed on her knuckle. Something was definitely up.
​ 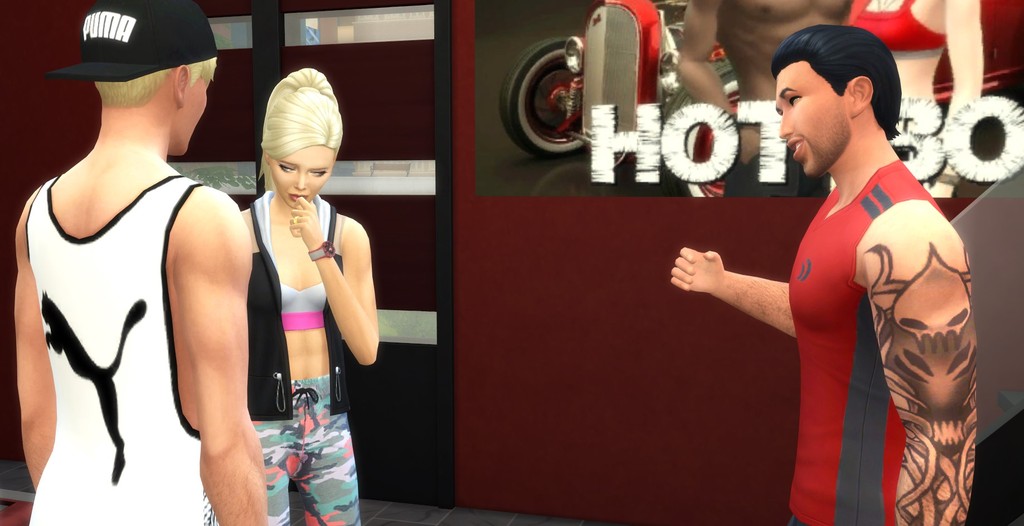 "We found some land that will be perfect for an even bigger club," she said."We're expanding our line."

My eyes narrowed. "And?" 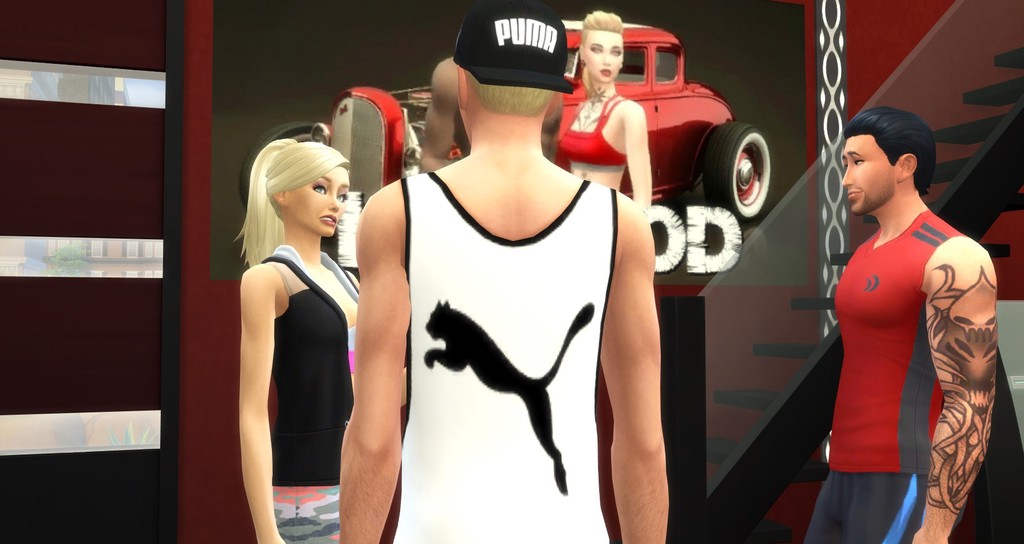 I felt as if she sucker punched me. "Brindleton Bay? That's like five hours from here."
​ 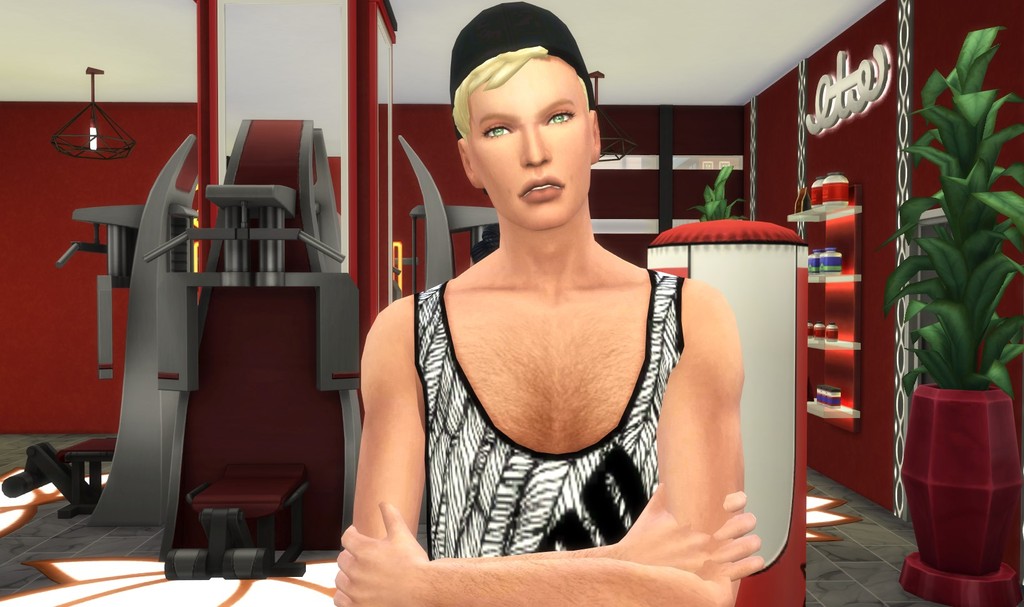 "Eight," Dad corrected. "So, you see, son, in order to oversee that kind of work, your mom will have to be up there. And it'll take a while to build, so there's no choice for us. We have to move."

Head reeling, I said, "But what about your practice? All your patients? You can't just pick up and move!"

"Actually, the town is one of the fastest growing in the nation, and they need more doctors. It's a perfect time for me to start a new clinic. Something I've been wanting to do for a while."
​ 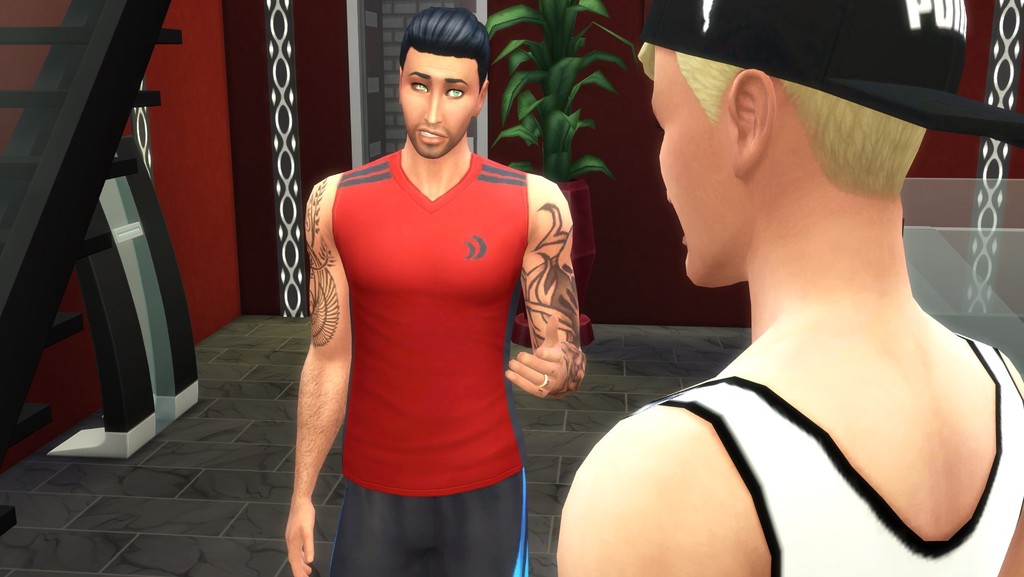 "If we could wait, sweetie, we would, but now is the time." 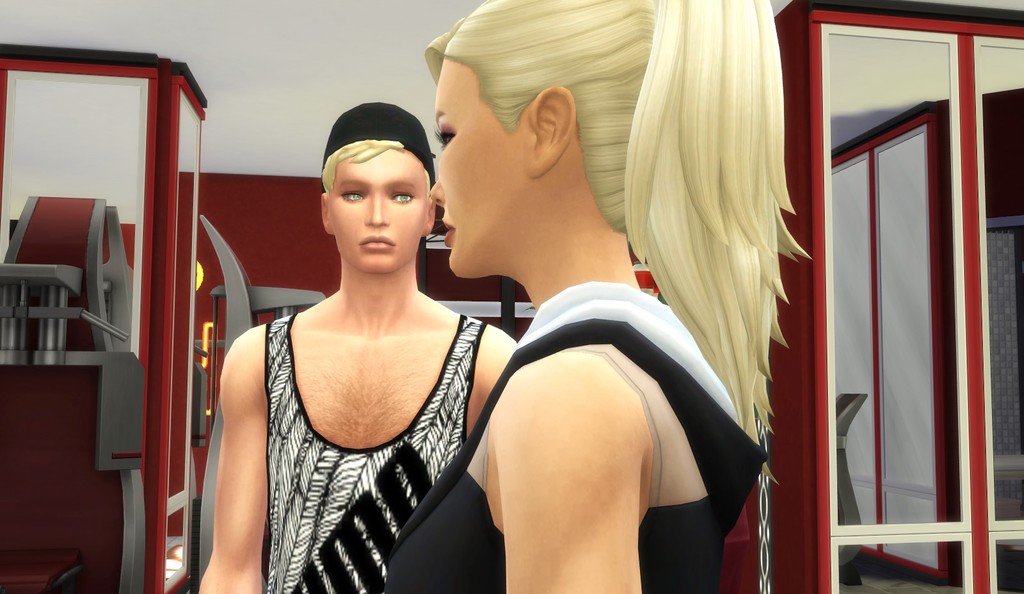 "Why don't I live with Uncle Eli or Uncle Eric this year? I can't move away from my friends. And my girlfriend!" 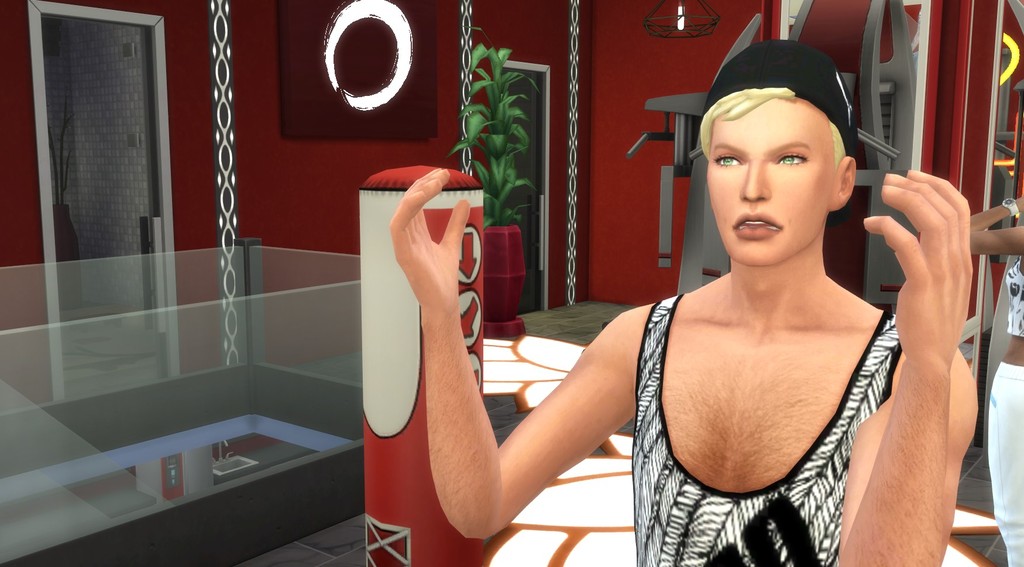 My dad glared. "Which one, August? You haven't had a steady girl your whole life, so don't give us that load of BS. And you'll make new friends. We're not here to discuss this with you anyway. The decision has been made. Brindleton Bay has an award winning high school. Way better for you to make friends with than the shitty punks you hang out with now. We would have done this years ago, but nothing was available to us like this." Dad raised his voice slightly, so I could hear his threat. "Now I'm not going to hear another word about it."

I was sunk. If I said any more, I'd get grounded or my car and phone taken.
​ 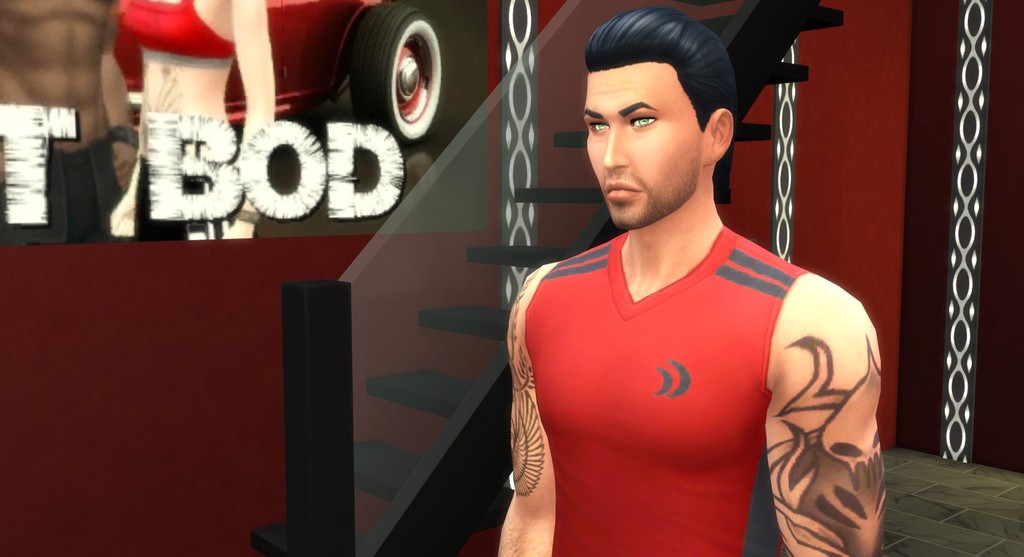 Mom squeezed my shoulder and said, "It's going to be a good thing for you, August. You'll see." She gave me a cheerful smile, but it didn't make me feel better.

I was going to have to start all over, making new friends, going to a new school, and what about my training?

Shit. I was totally hosed.
​ 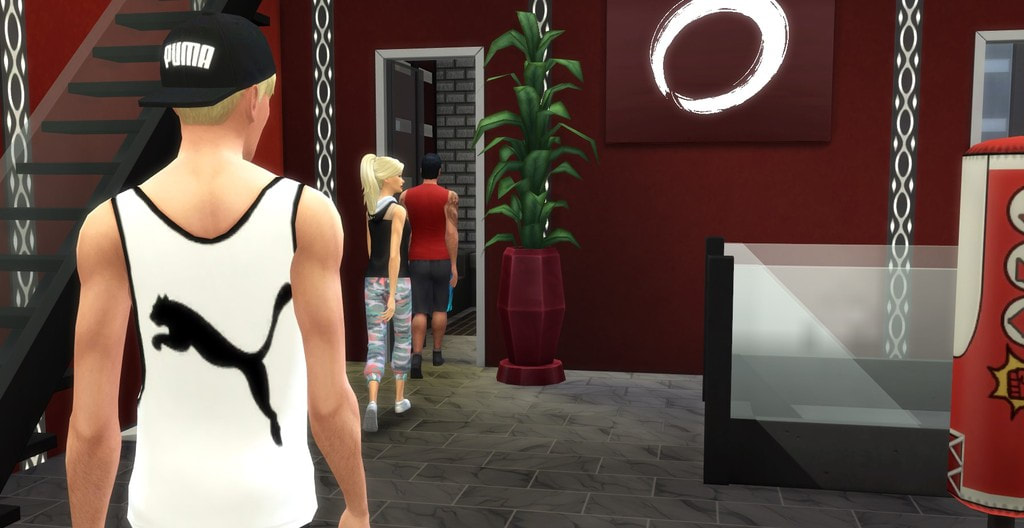 That night, I decided to go into the sound booth to play and let off some steam.

I'd miss the soothing city lights of San Myshuno. I didn't even know what Brindleton Bay looked like. But I knew one thing-- the house we'd live in wouldn't have this cool room. It was specially made, taking stuff from my grandpa's studio in his rocker penthouse right before Mom sold it. She'd go into bouts of depression from time to time, and she said selling it helped her move past losing him. Except she did say the pain never actually went away. I never understood her. I didn't have the demon that would swallow her up for days at a time.

But she'd been better lately. Maybe it was because she had this new venture? Something her and Dad never told me about.

That alone upset me.

But if it helped Mom, then I couldn't hold this decision against them. I was all for anything that could put a smile on her face. 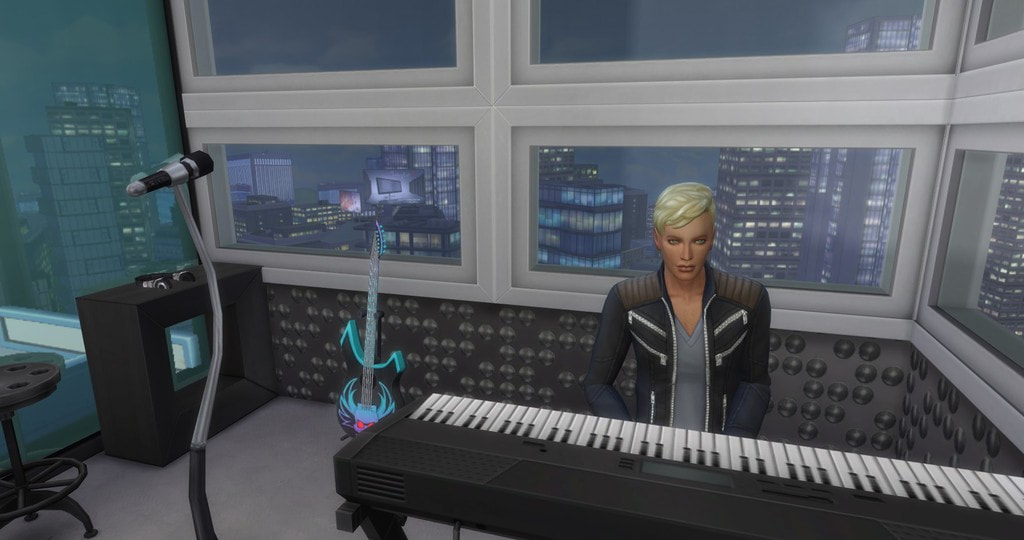 Man, I'd sure miss this room, though. The memories made here were epic.

I remembered the first time I used it for something other than playing music.

Mallory Marsh was her name. Her perfume was like smoking that first hit of weed. I was dizzy drinking in the scent of her.
​ 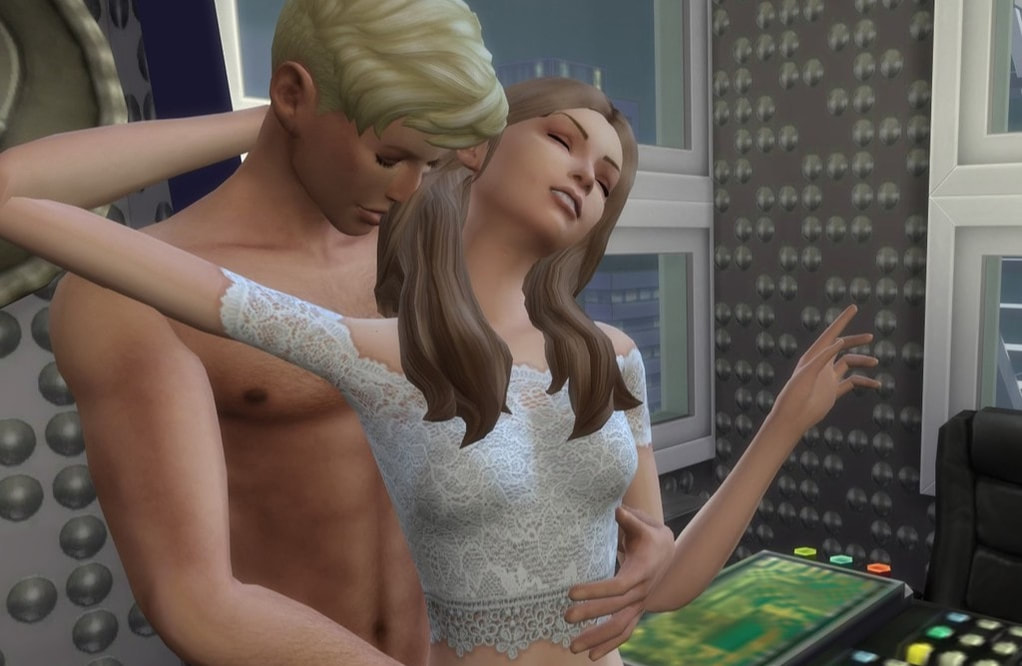 And then I'd never forget Margot Cruz. Just thinking her name sent chills through me. She had a body I could only dream about exploring every day.
​

The nice thing about the sound booth was no vibration could be heard outside its walls.

And Margot was a howler.

I enjoyed every moment with her.
​
But my new girl, Shayla Davidson, was amazing. So sweet and innocent. I'd never take advantage of her either. She was just the kind of girl to keep me walking straight. And we'd only kissed in here while I sang her a few songs.

God. Saying good-bye to her was going to be hard.
​ 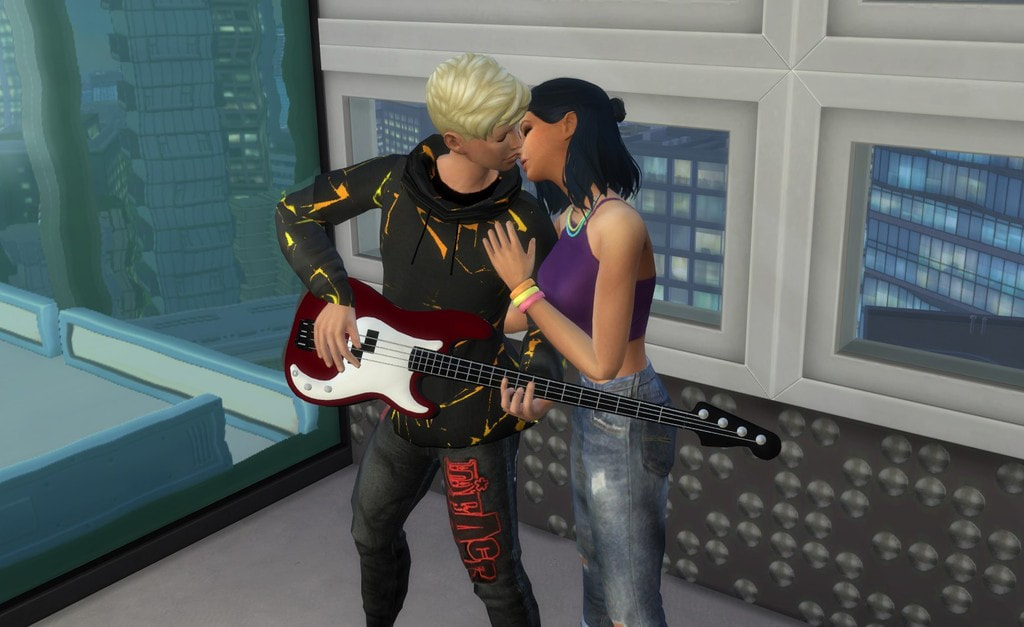 My life was never going to be the same.
​ 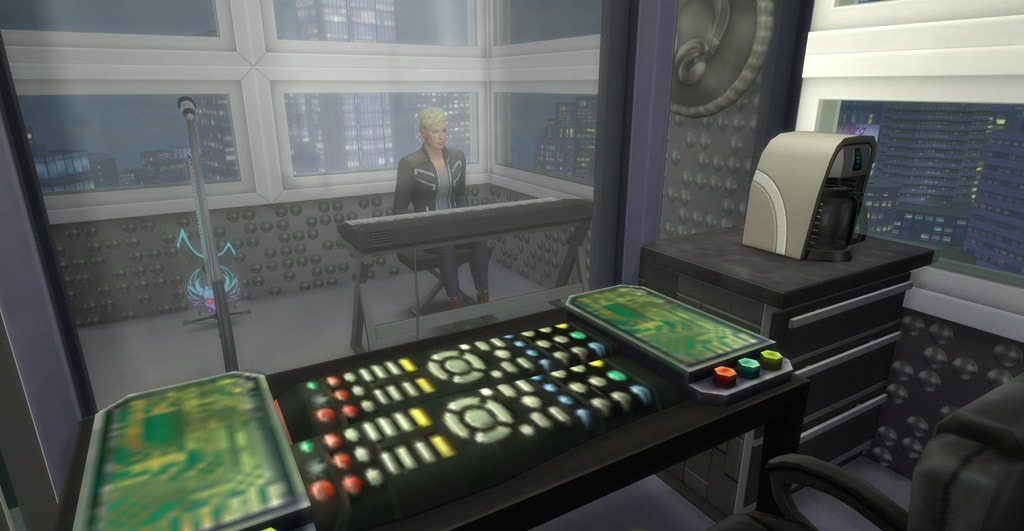