After we said good-bye to Clarke and Lexx, I took Celia back to my house to play video games. 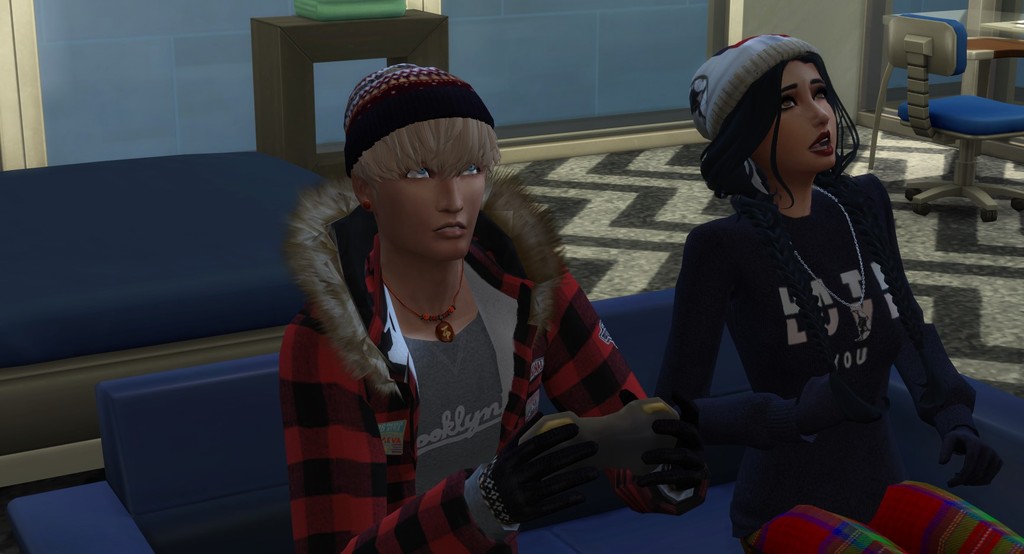 Celia insisted I play REFUGE instead of one of the multiplayer games. But I wasn’t very good at it so my character was getting shredded by some aliens.
​ 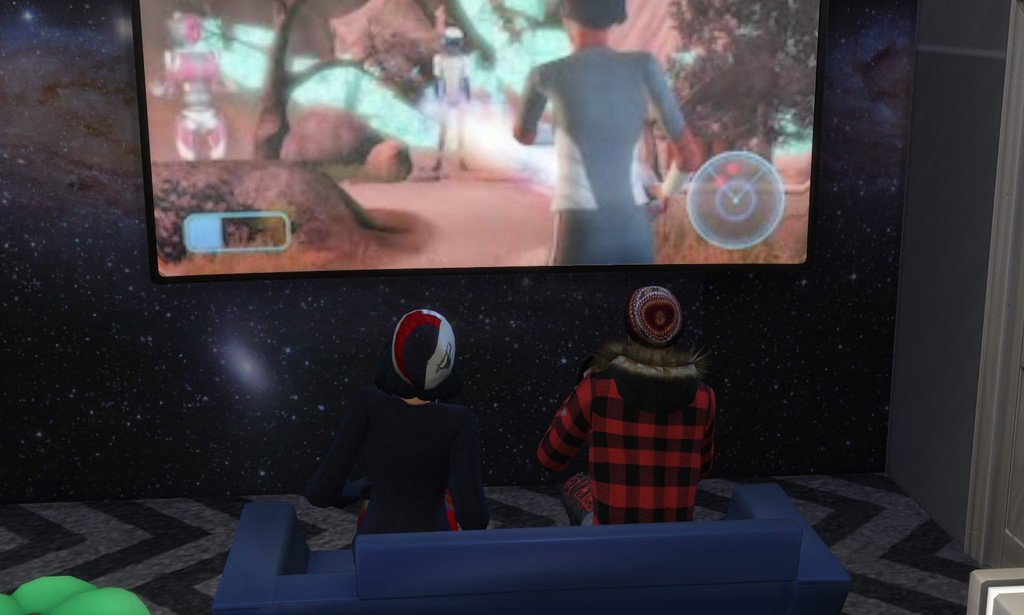 After I died for the millionth time, I asked, “Are you sure you don’t want to play?”

She gazed into my eyes and nodded. “I’d do worse than you.”
​ 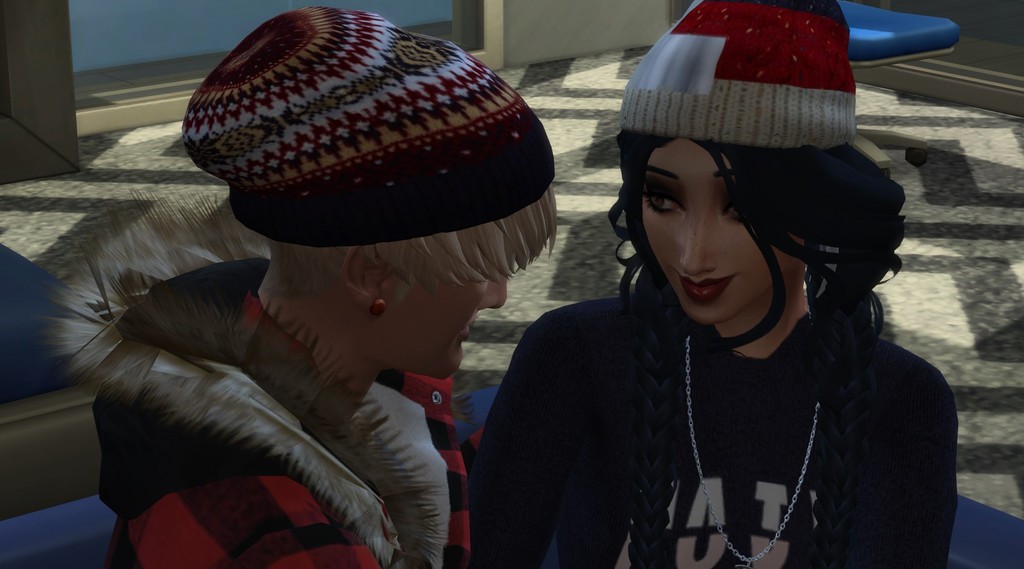 Mesmerized by her, I leaned in and gave her a warm kiss.

It was the perfect end to a perfect date.
​ 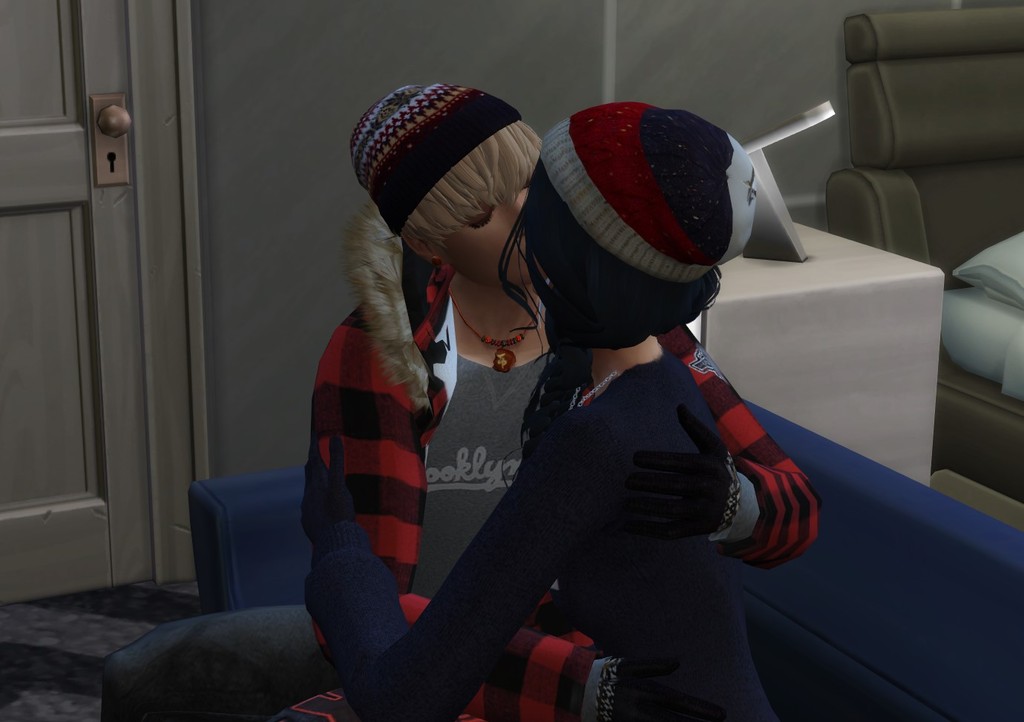 Before she left, Celia gave me one of her favorite sci fi books, IRONBOUND by some strange dude called Munterbacon. I told her I didn’t get into aliens and shit like that, but she insisted. Batting her eyelashes at me, how could I say no?

“I promise, you won’t be able to put it down,” she encouraged.
​ 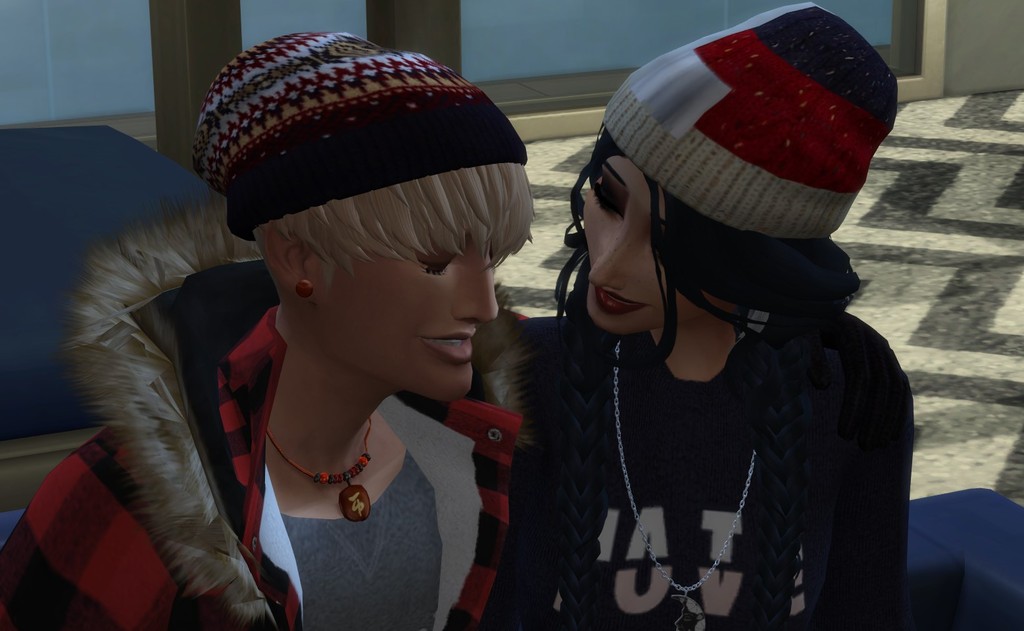 “Sure. Anything. But I can guarantee I won’t.”

Catching me with her gorgeous eyes, she said, “You’re on.”
​ 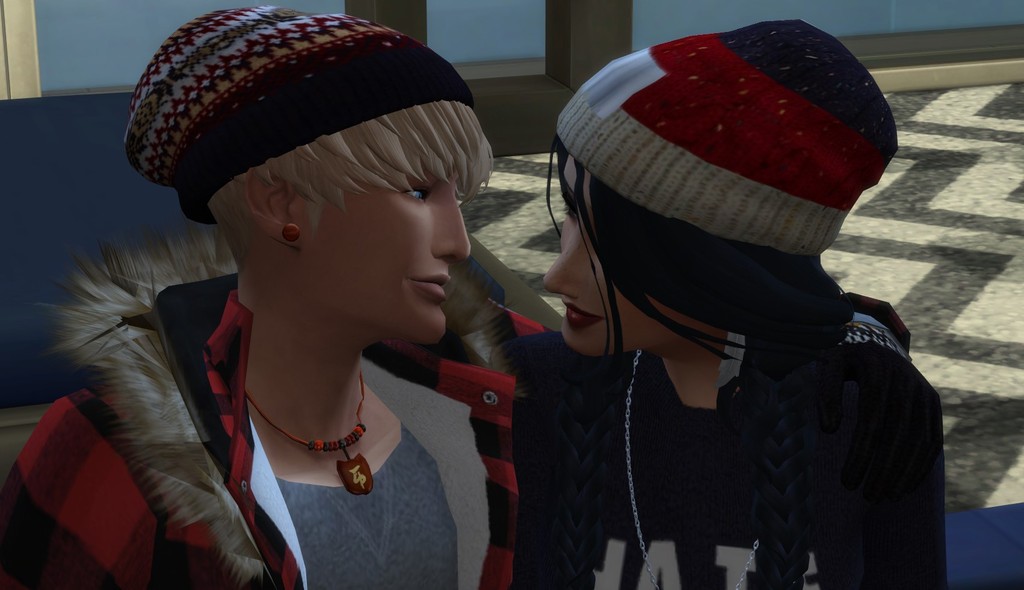 The following morning, I decided to read it. And Celia was right. I couldn’t put it down. Who knew reading about aliens and princesses could be so exciting?

It gave me an idea on what I could do for Celia to pay off the bet.
​ 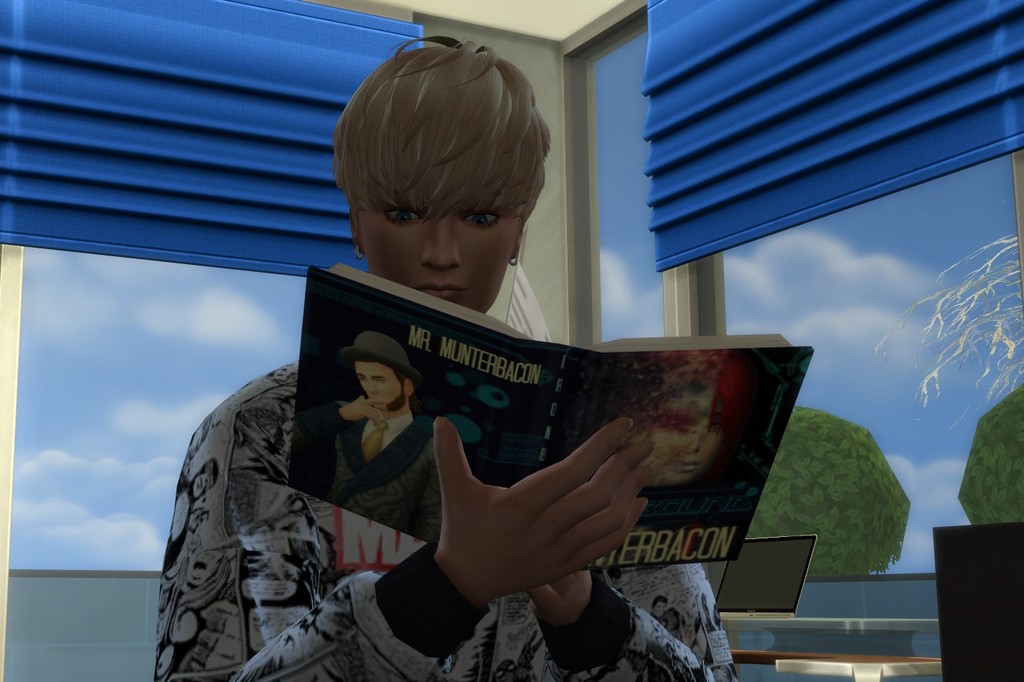 It was Christmas day and Antonio invited us to stay with him and his family at a huge mansion in the mountains.
​ 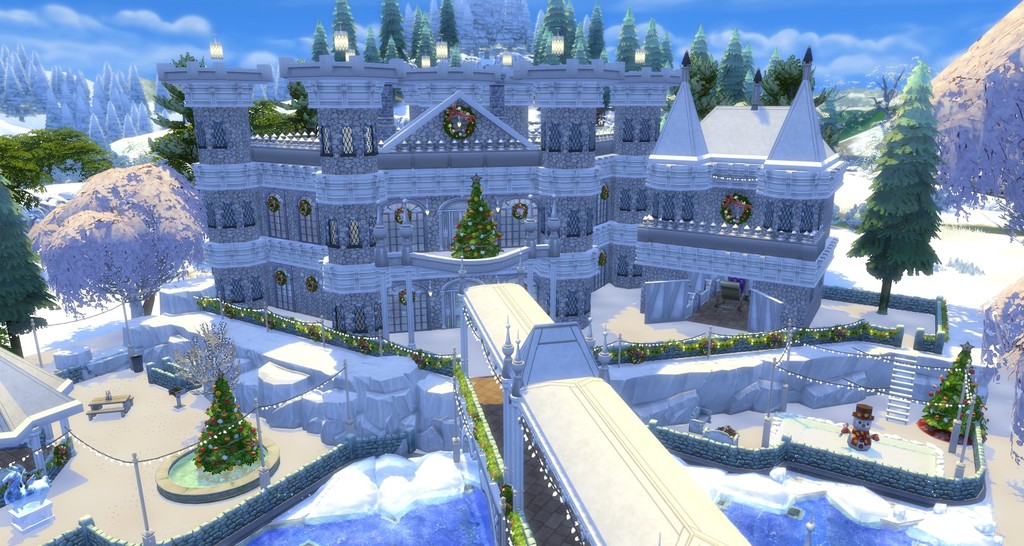 This infuriated Knight. “He knows we don’t have that kind of money now. How can he afford this place?”

I rubbed his arm trying to calm him. “He probably has his own money. Isn’t he still operating the investigation agency?”

“No. He quit that years ago. And being the governor doesn’t pay squat. This mansion must be costing at least $20,000 a day.”

I sighed. Not a good start to the holiday. “Promise me you won’t say anything.”

But he only grunted as we drove up the beautiful driveway.

As everyone gathered in the living room, Knight started in. “Pops, this place is over the top. How in the world did you get the money for it?”
​ 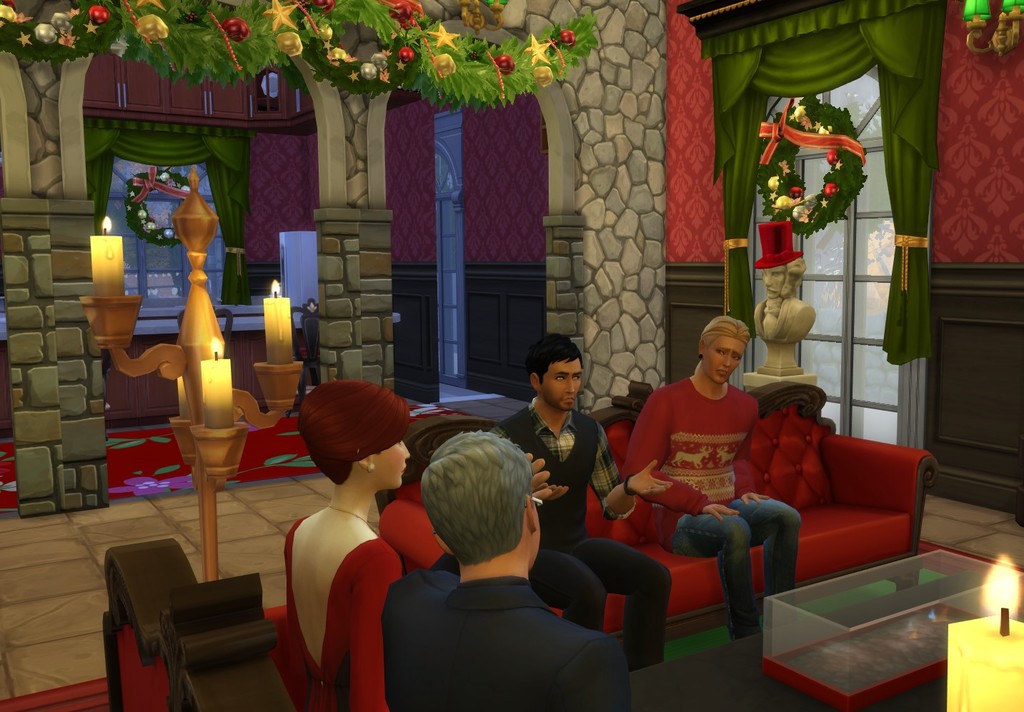 “Even though your incompetence pissed away all of our money, I on the other hand still have connections and friends.”
​ 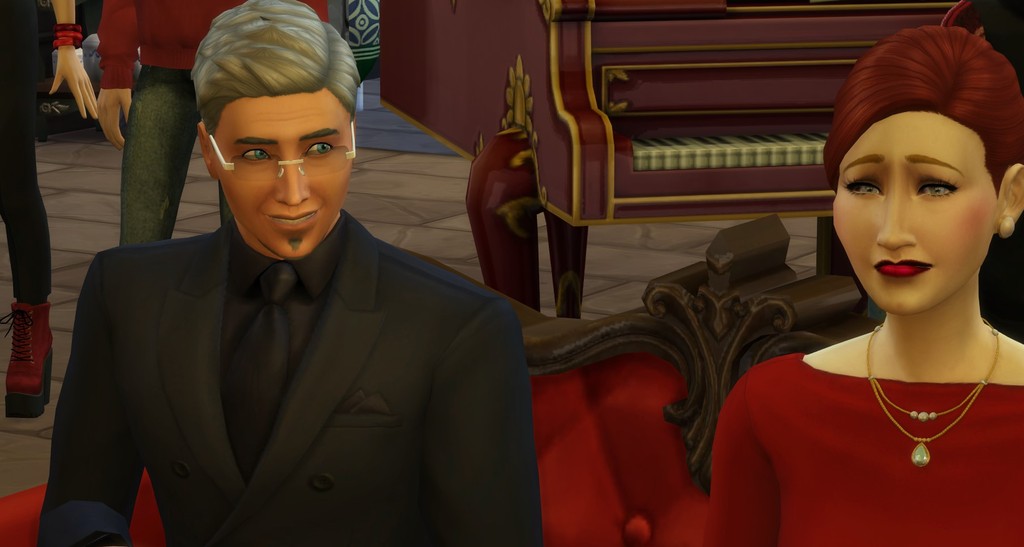 Knight’s voice was a low growl. “What are you trying to say?”
​ 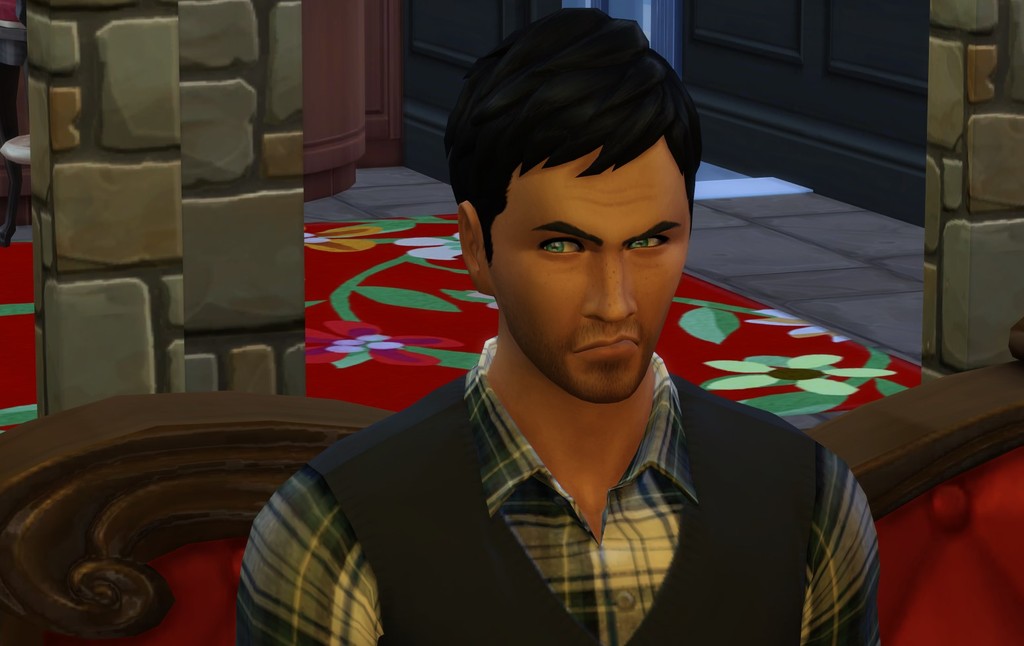 “I should have never stepped down from the legacy. If I was at the helm, we’d still have everything. As it is, Lana is our only hope. At least she has my brains.”

“Antonio,” Jianna hissed. “You promised you wouldn’t talk about this today. It’s Christmas.”
​ 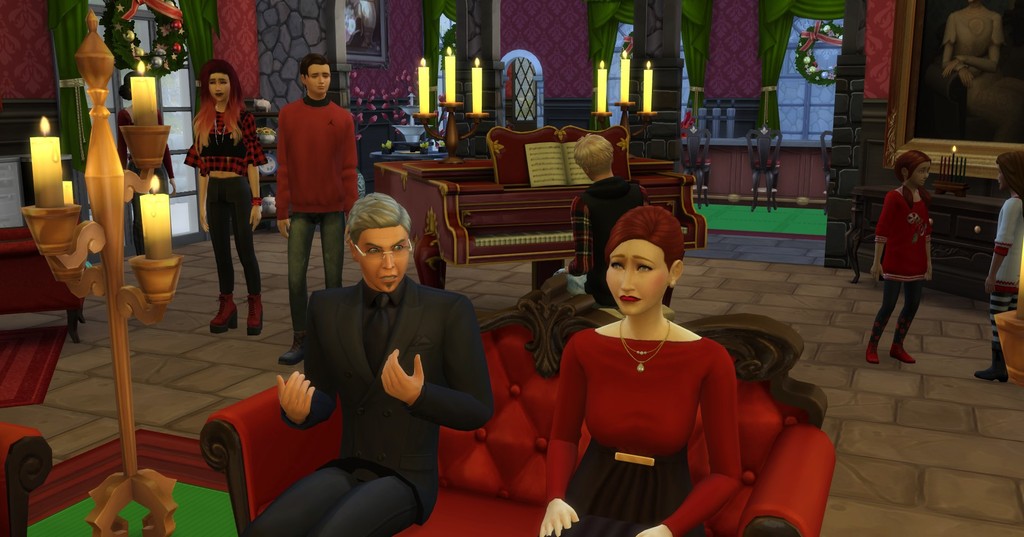 “He started it, darling.” With an evil glimmer in his eye, he went on, “My daughter will take your legacy from you. She already is making some deals with investors to save Knight Industries. So, you will not be the head of it anymore. It will be hers.”
​ 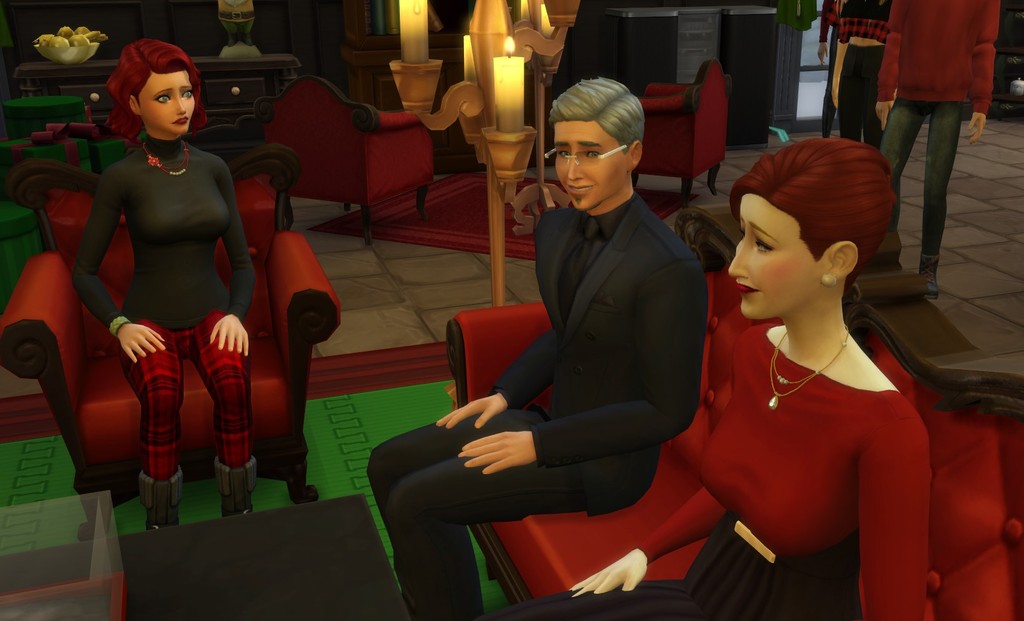 “You can’t legally do that. It is in my father’s will that I take on the legacy. You can’t transfer it. I don’t care who saves the company. Jackson is heir not Lana.”

“Knight, come on,” I said. “Why are we talking about this on Christmas? Save it for another time.”
​ 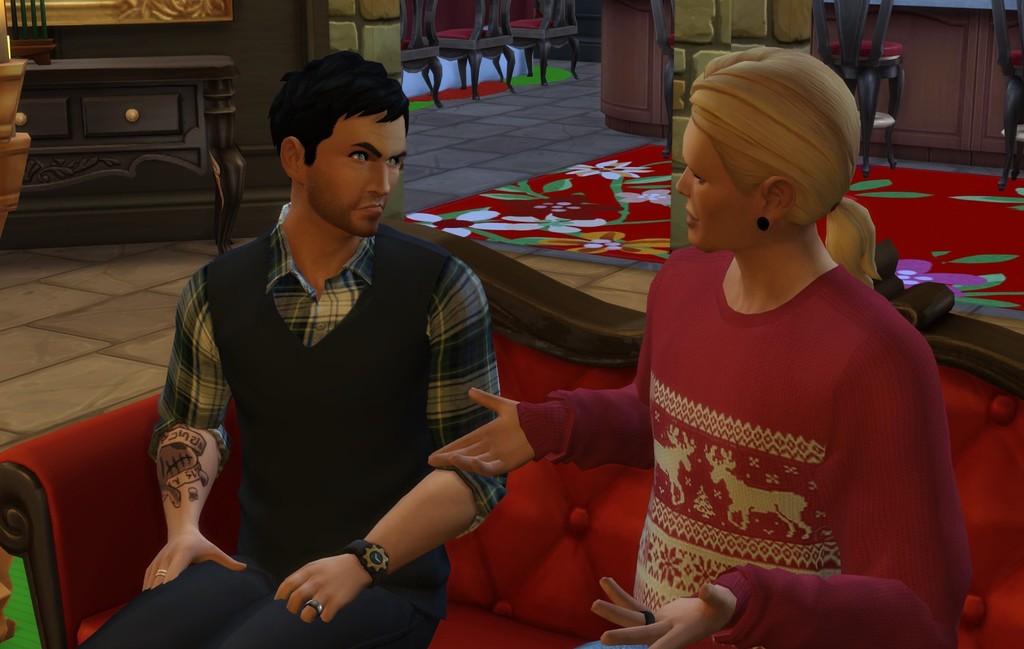 ​But Antonio wouldn’t quit. “Your sheer stupidity has brought our family to ruin. The legacy is nothing more than a piece of paper. It will be Lana’s. We will fight you in court.”

Jianna raised her arm. “Oh, Antonio, will you stop it already? We will not take Knight to court.”
​ 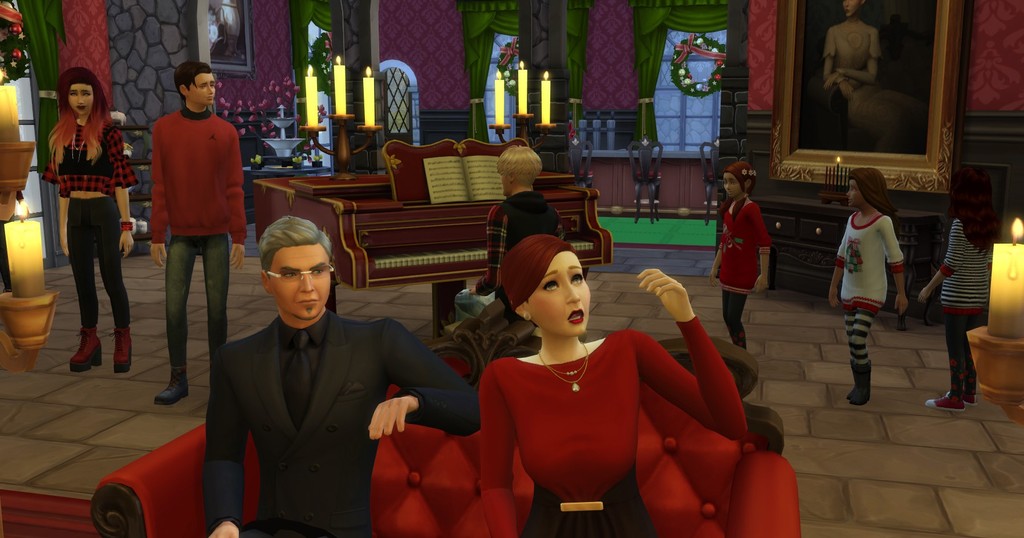 “So that’s what you’d do, Pops. Instead of helping me, you’re going to take me down?”
​ 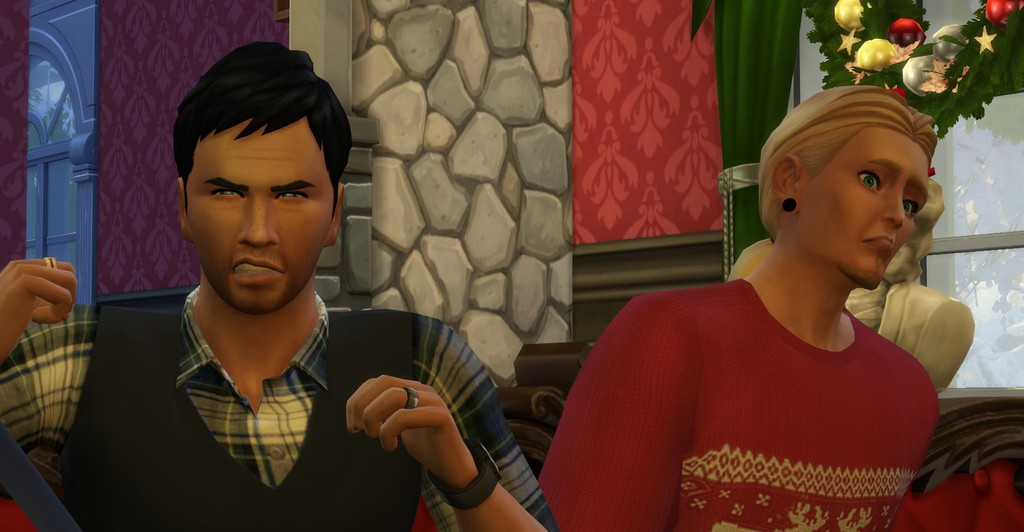 All Antonio did to answer was smile. I couldn’t believe they were doing this on Christmas.

Jianna said, “Knight, please. He doesn’t mean it. You know he hasn’t been feeling well since his mini stroke. Both of you just stop this. Let’s have a nice family Christmas and forget about money and legacies.”
​ 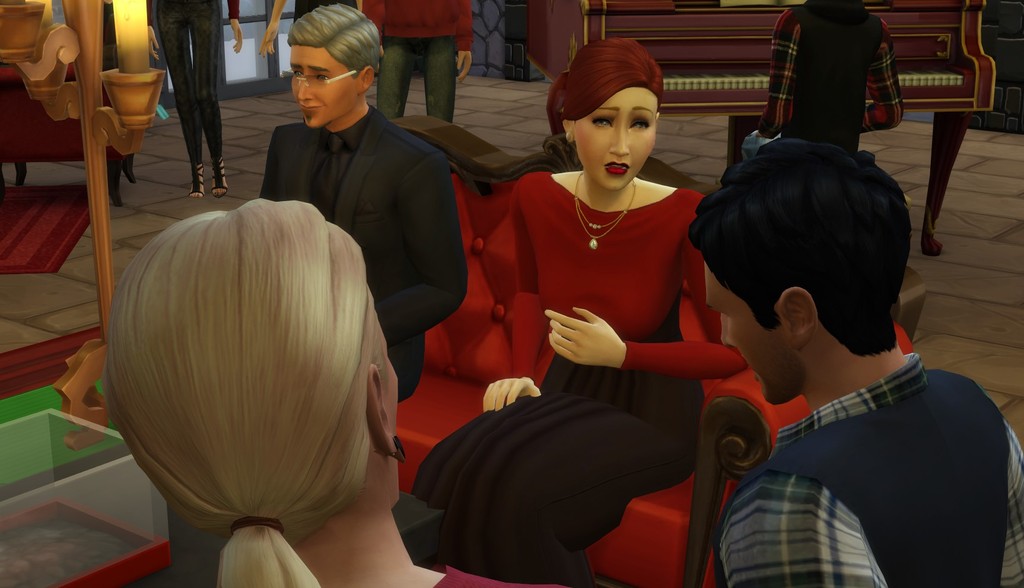 “I’m not his family,” Knight spat. “His family is money and power. I’ve had enough.”

Knight stood up. Signaling me, he said, “We’re leaving, Alex. Get Dakota and Jackson.”
​ 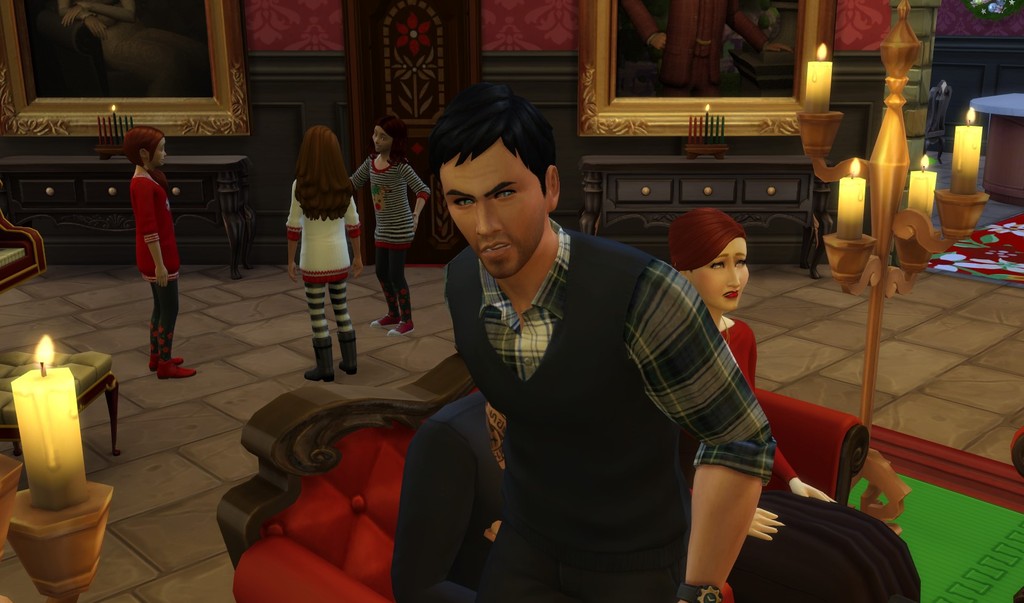 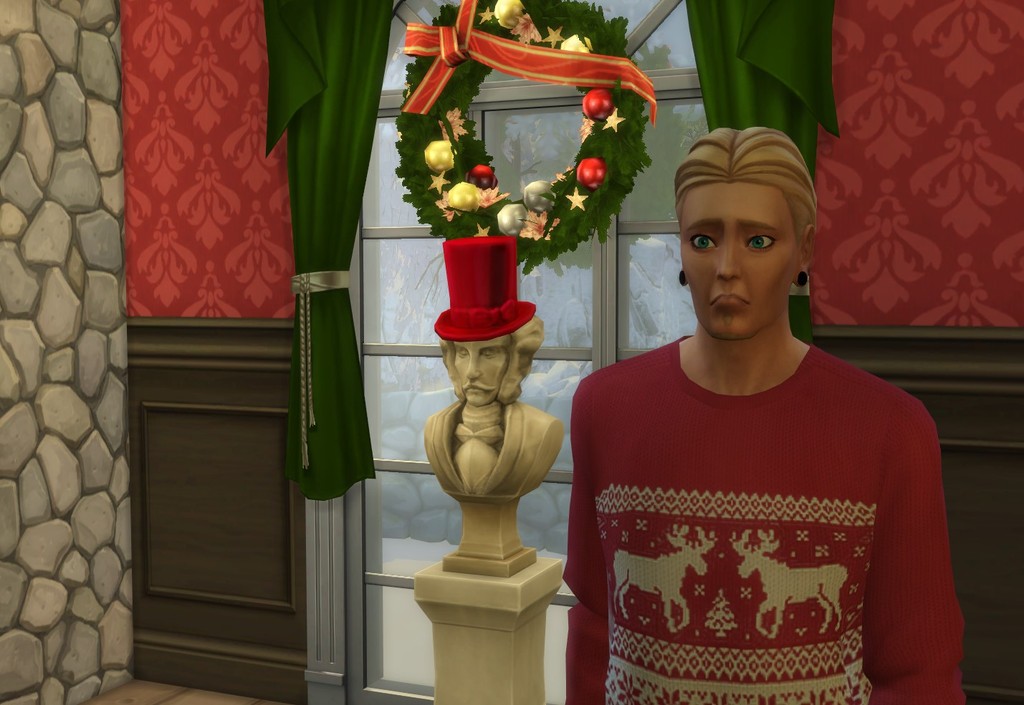 “We’ll talk about it when we get in the car. Come on, Jackson.”

As we passed by Antonio’s daughters, Lilly said, “I’m sorry.”

But all Lana did was smile as if she’d won a contest.
​ 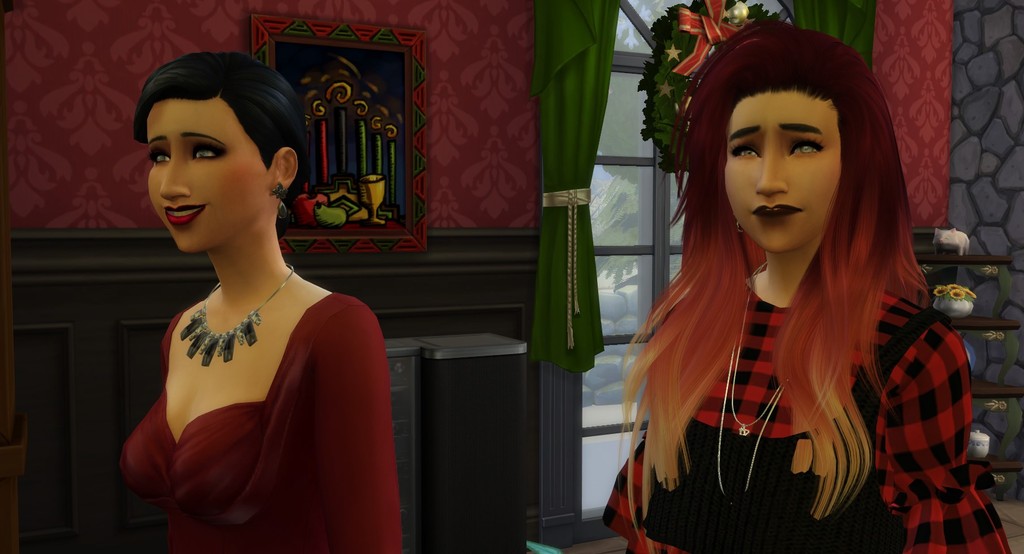 Scooping up Dakota, I said, “We’re going to have Christmas at home this time. Did you say good-bye to your cousins?”

She nodded and said, “Did you tell Santa to go to our house? He might forget about me.”

“Don’t worry, little bug, Santa would never forget about you.”
​ 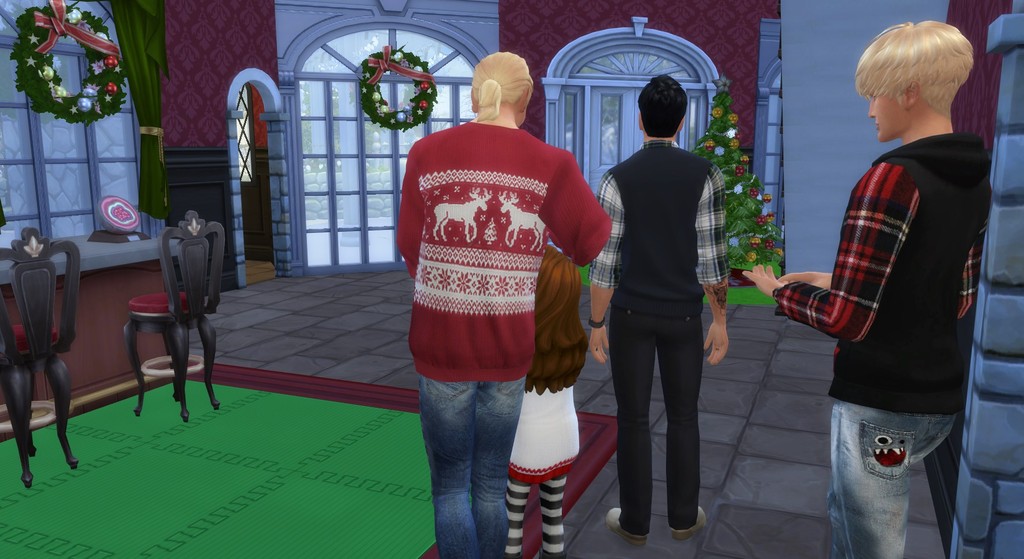 Author's note: Thank you to Munterbacon for giving me his simself who is the perfect eccentric author for his amazing story, IRONBOUND. You should read it if you haven't already!

Do your sims want to read IRONBOUND? Here's the book cc: IRONBOUND book

Oh...and if any of you want the mansion, here it is: CHRISTMAS CASTLE
Powered by