The cool autumn breeze whipped through me as I strode to the trendy Asian restaurant. I was excited to see my sister. She finally got a job here in San Myshuno and would be within two blocks of me every day for work. I was so proud of her. It was a tough field, being a fashion designer. When she had told me three years ago she was changing her major, I was against it. Making it in that field was even tougher than being a writer. But with Chiandra’s connections and her talent, she got offers from many major brands and now she’s in her dream job.

To celebrate me getting my MFA in creative writing and her job, we decided to splurge at this exclusive place.
​ 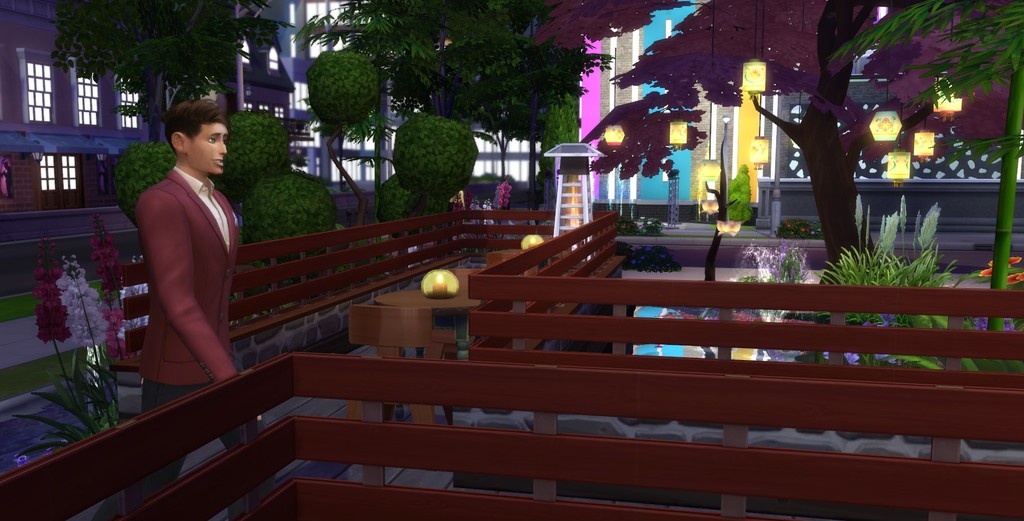 I found Bri already seated at a nice table and sat down next to her.

She leaned in and said, “You dyed your hair. Looks great! Was that Chiandra’s idea?”
​ 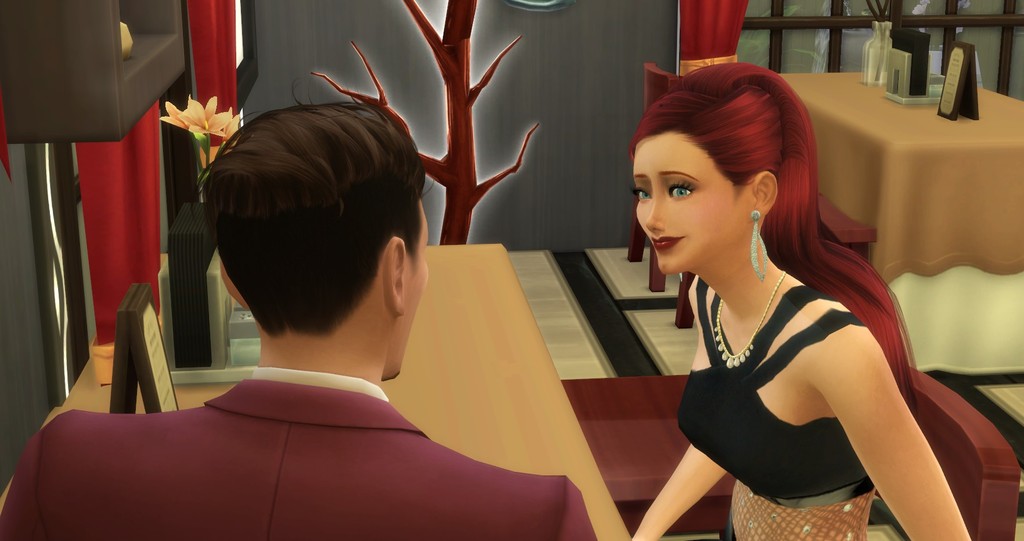 I sighed and smiled. “You know, not everything I do is Chiandra’s idea. I decided to do it on my own. My hairdresser talked me into it. Glad you like it. I’ll probably keep it for a while. How’ve you been?”
​ 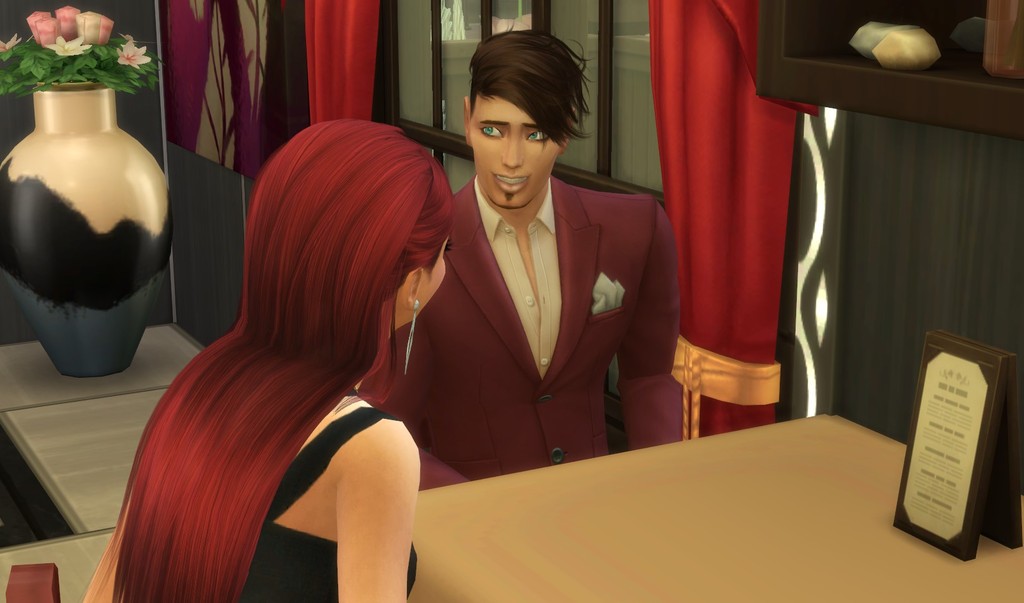 She almost jumped out of her seat. “I’ve got great news. Ben and I are getting married!”
​ 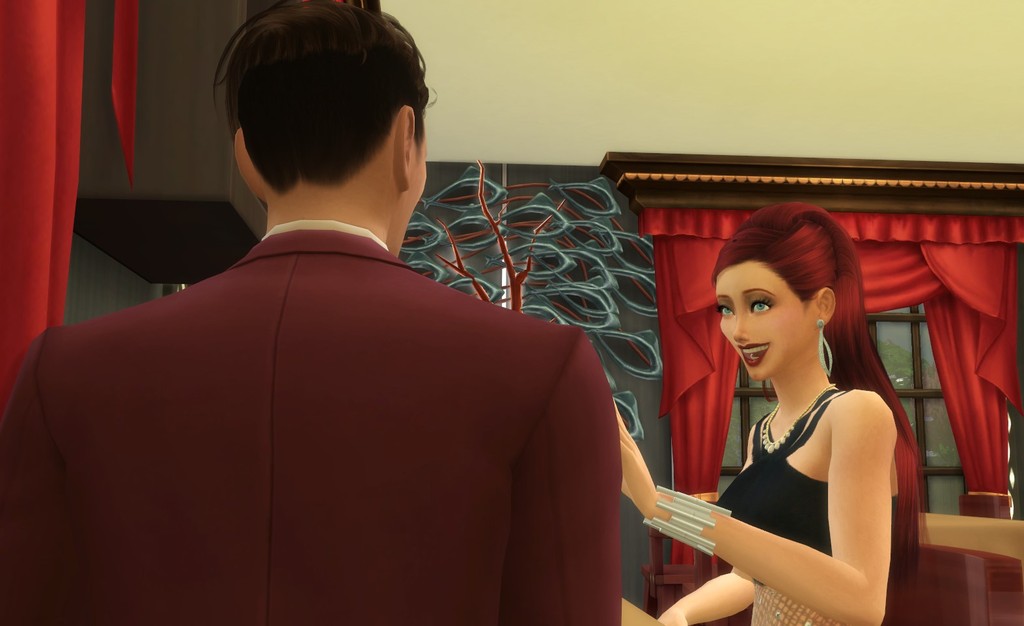 This news wasn’t a shock. I smirked. “What took the guy so long to ask?”

“Oh, Alex, stop being an overprotective brother. You know he wanted to make sure we both got jobs and were settled. Now that I’ve got one near him, we can live here together.”

“In four months. Hey, we want to celebrate it with you and your significant other. Can you go out with us next weekend?”
​ 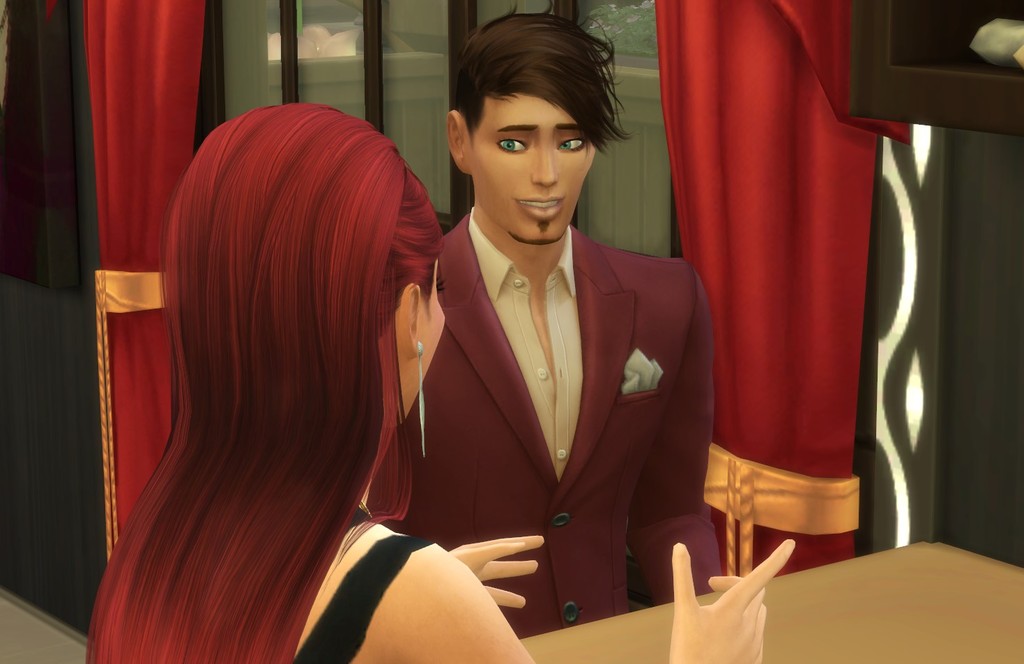 When she said “significant other” my immediate thoughts went to Knight. And that hadn’t happened in years. Seeing him sent me off a cliff. I couldn’t stop thinking about him. “You know I don’t have one of those, Bri. I can go alone.”
​ 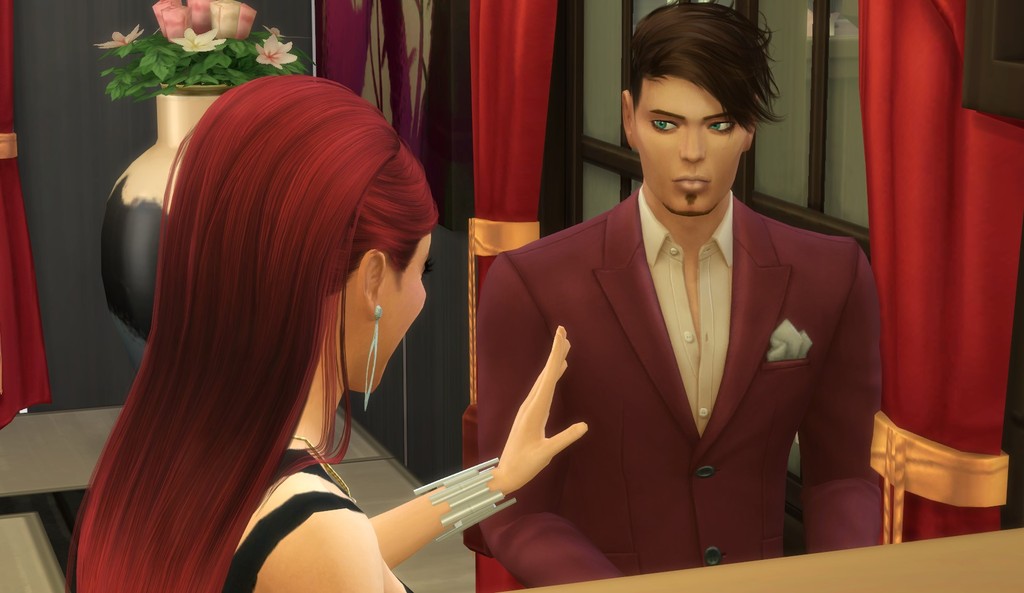 “Chiandra is a significant other.”

I squinted at her. “No she isn’t. She’s my friend. Not a girlfriend. There’s a difference.”

“Alex, you see her practically every day. You can’t tell me you haven’t developed feelings for her.”

I couldn’t believe the nonsense she was babbling. “Bri, your best friend is Jada. You lived with her for four years. Did you develop feelings for her? No. Just because I had my operation and have transitioned completely doesn’t mean I will automatically change and start liking women. In fact, it’s done the opposite. I have more attraction than ever to men.”

“Then why don’t you date? I thought it was because you liked Chiandra.”
​ 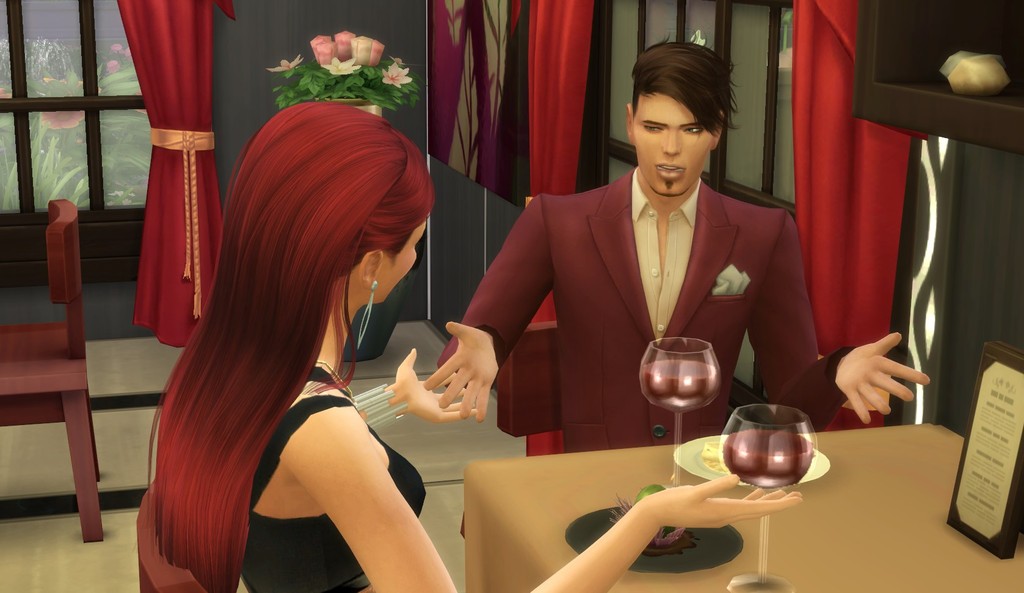 I took a sip of my wine. I didn’t like where this conversation was going. I wasn’t sure if I was ready to date, but lately, I’d been feeling it was time to start.
​ 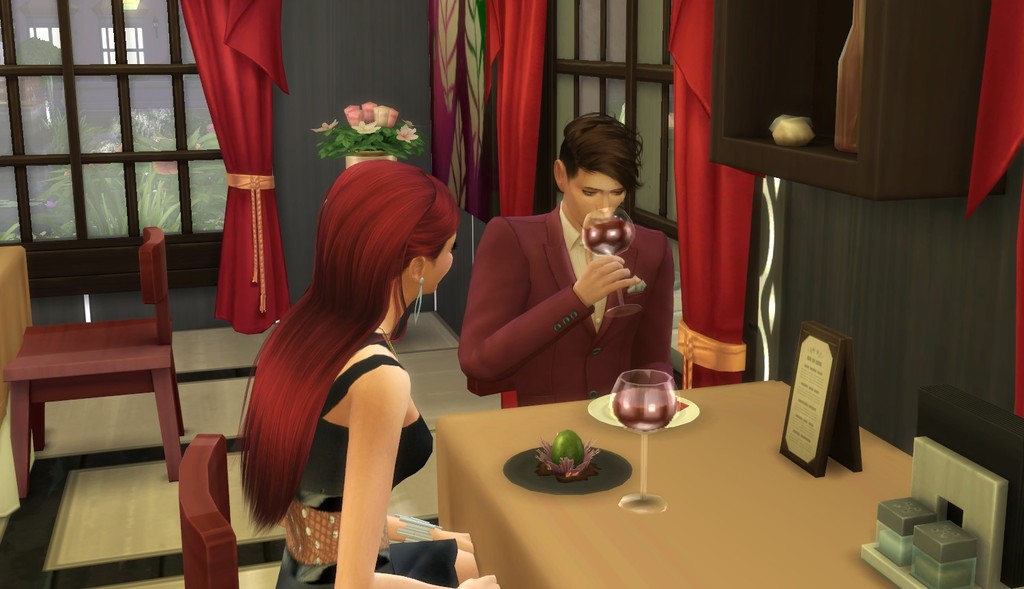 She didn’t wait for me to answer. “I have a coworker who would be perfect for you, Alex. He’s your type all the way. Not feminine at all, and he likes sports and skateboarding and he even does kickboxing from time to time. Can I set you up with him? Please?”
​ 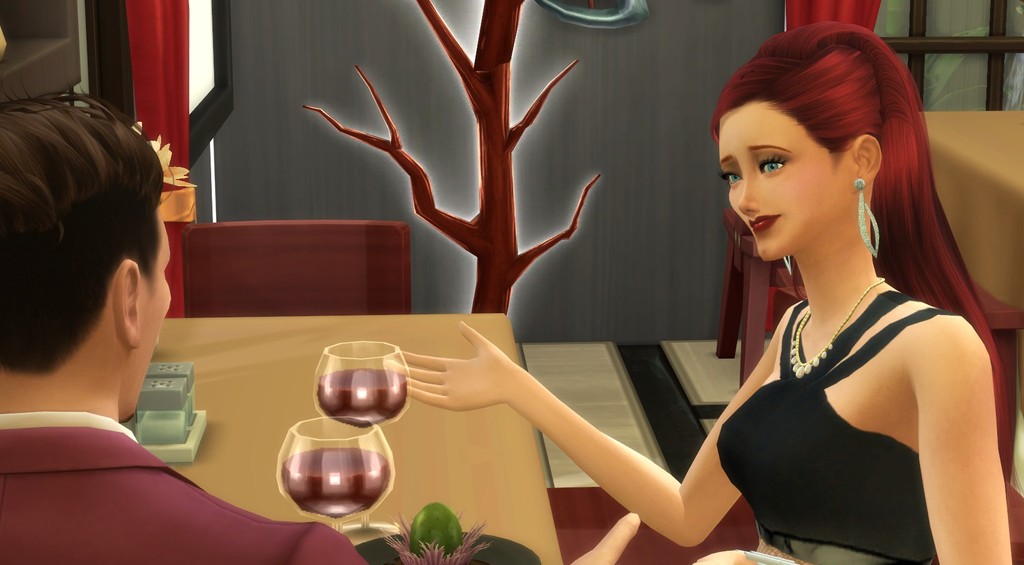 I didn’t answer her because I wasn’t sure if I wanted to be set up.

She went on, “I’ll get you a picture of him tomorrow. He’s funny, too. He’ll make you laugh. Oh, Alex, say yes! It will be fun and it will mean a lot to me to go out as a double date. We’ve never done that.”
​ 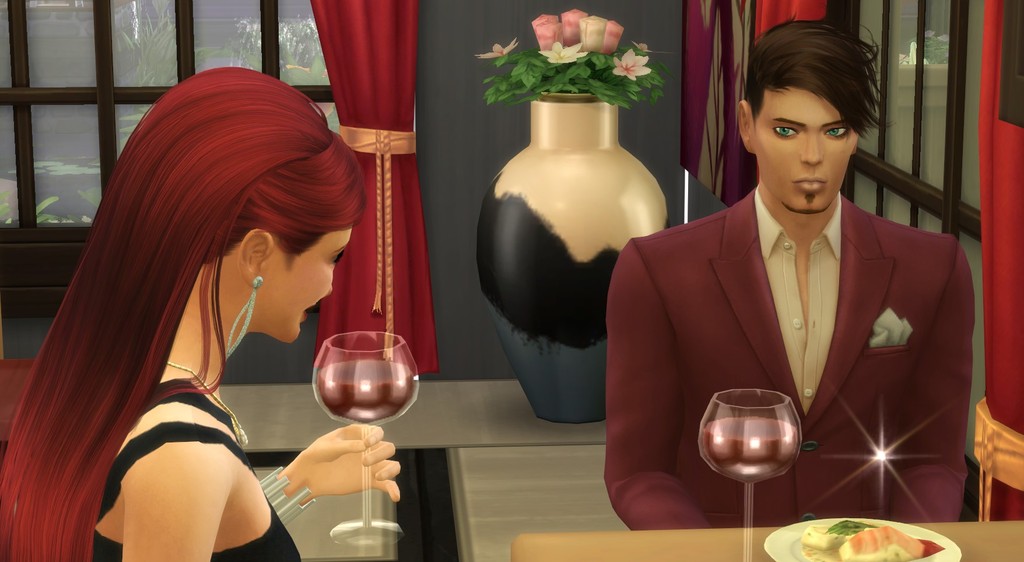 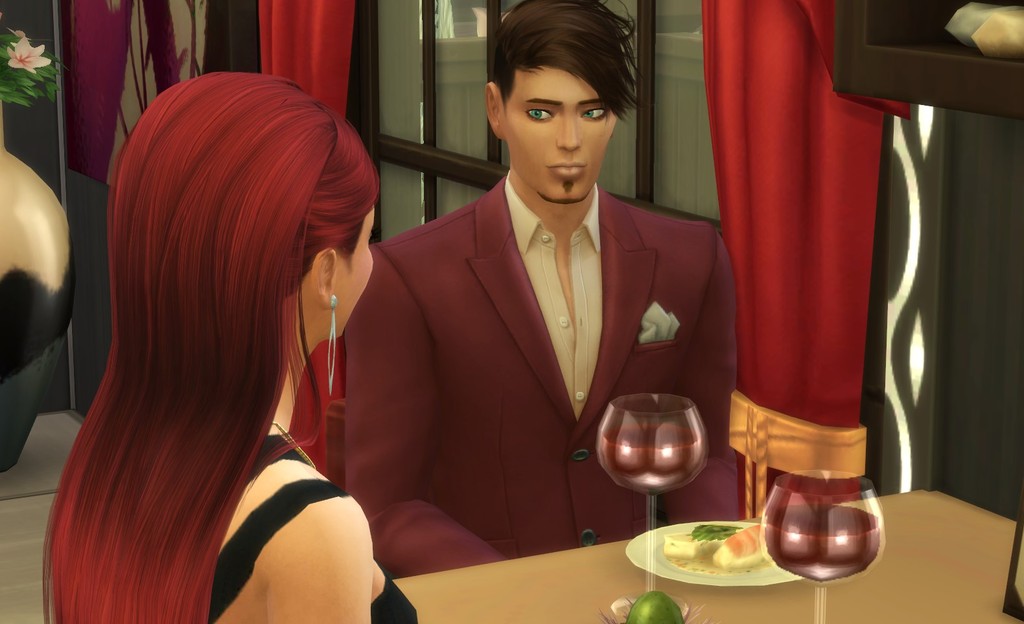 I went in head first with the dating thing from SimMatch.com. I met Jett and chatted with him for a while so I decided it was time to meet. We hit it off instantly.
​ 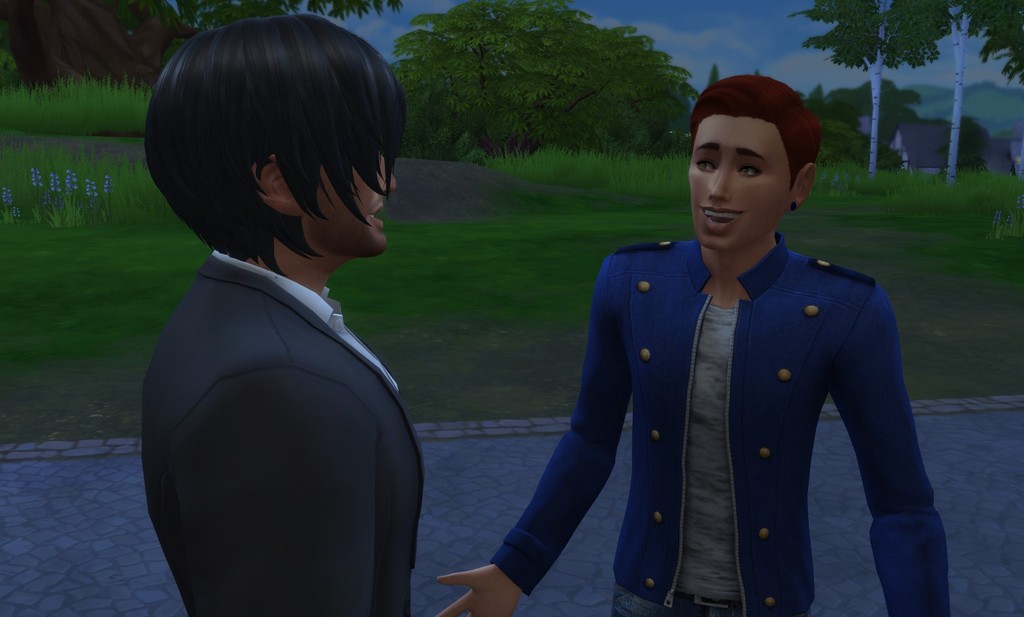 It was nice having someone to talk to and eat dinner with. I’d been missing that part of my life so much.
​ 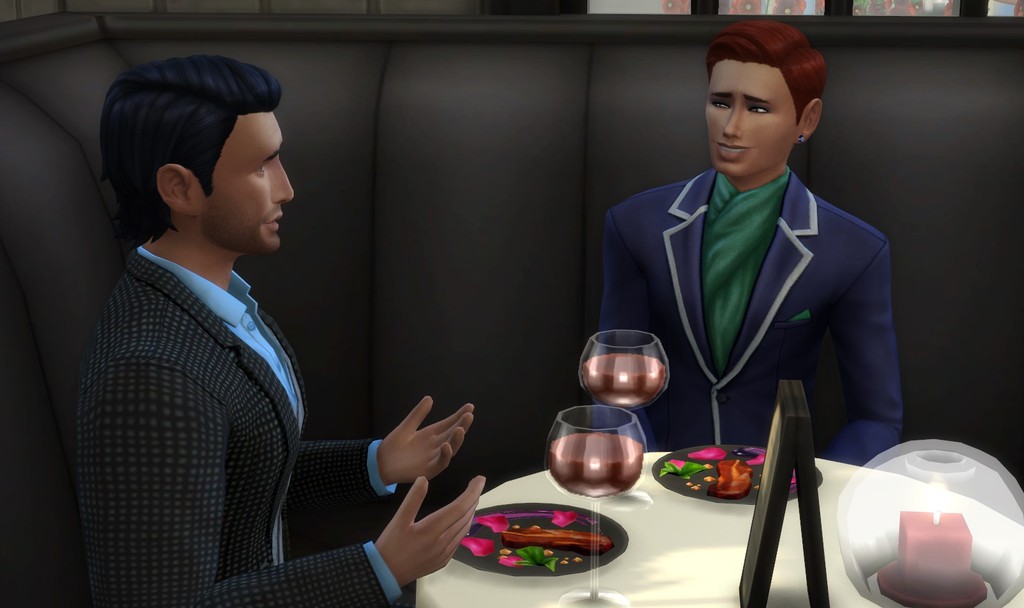 And the physical aspect was amazing. I was really happy.
​ 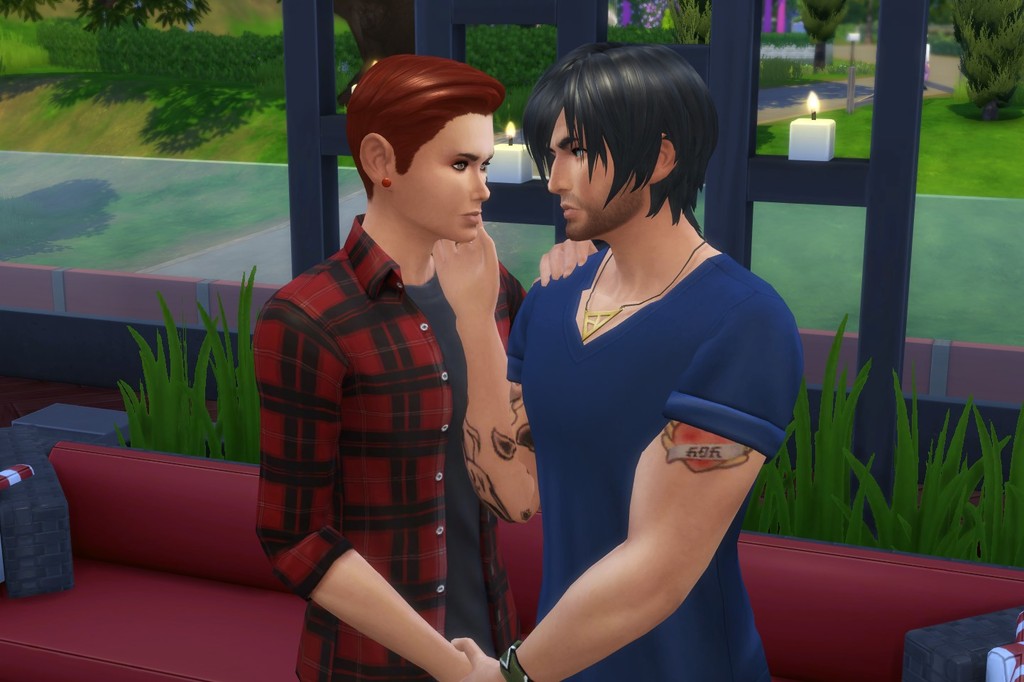 But after a while, it grew stale. Jett was selfish, needy, and very materialistic. By the end of the month, I couldn’t take it anymore and cut things off.

He was so pissed, I thought he was going to throw things at me.
​ 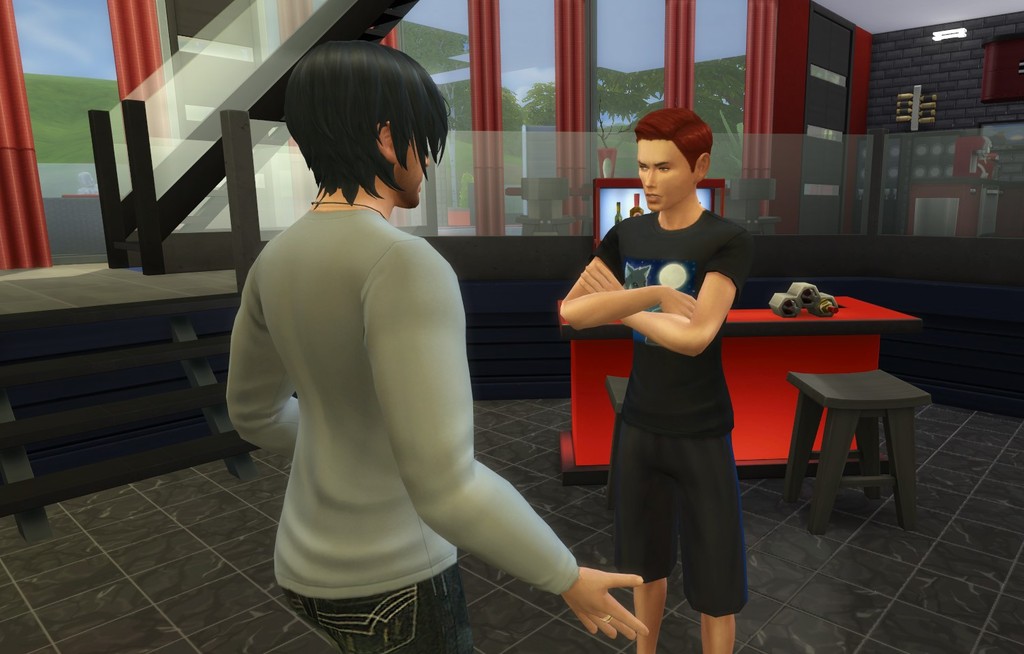 Then I met Daniel. He was one of the most beautiful men I’d ever seen next to Alex. We met at a club and we had an instant attraction.
​ 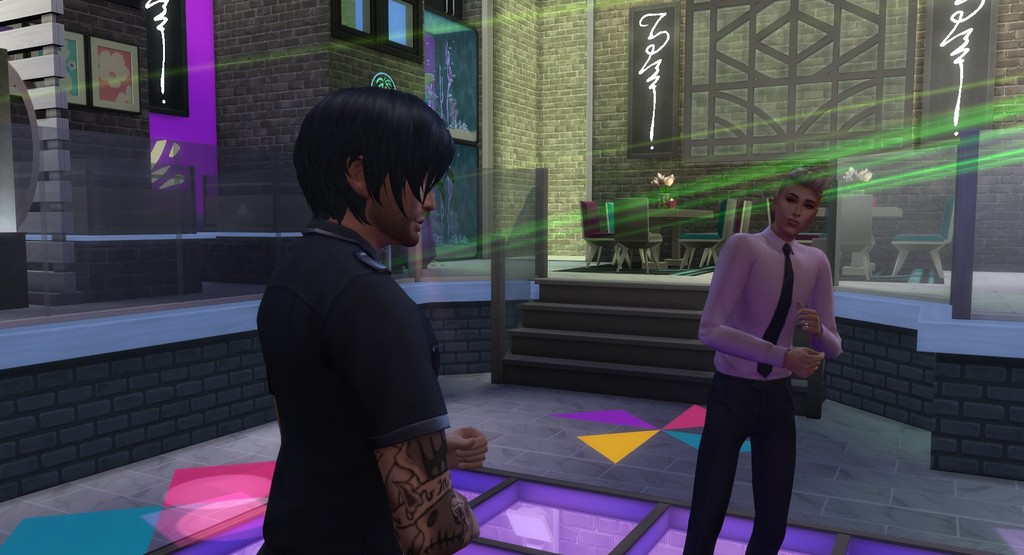 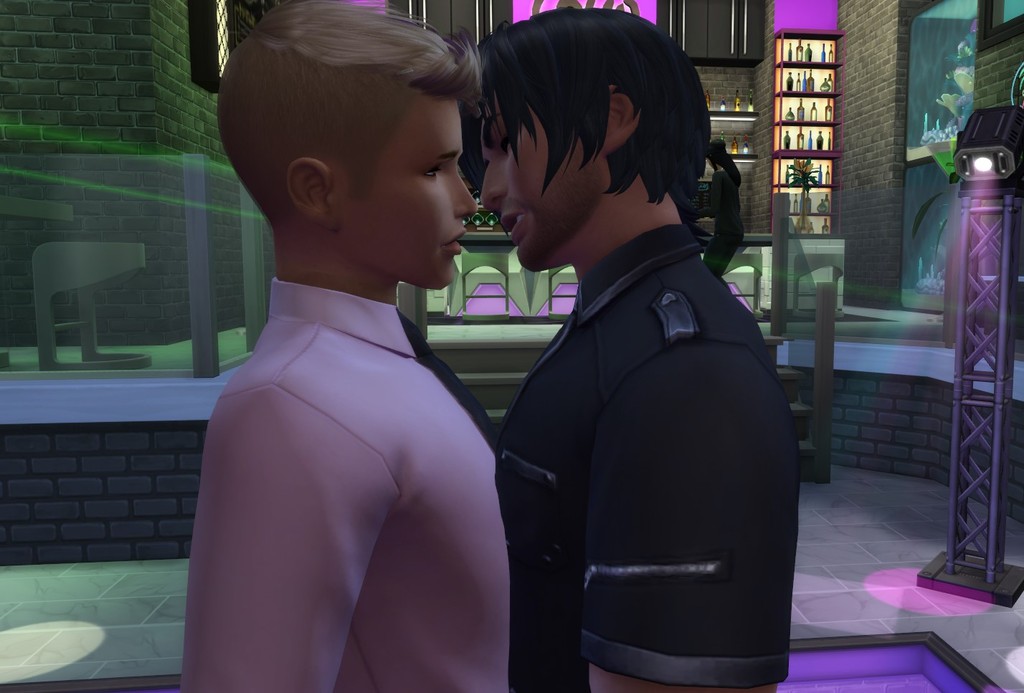 But again, after a month, I realized things weren’t going to work out. He was the same age as Alex was when I’d met him—twenty-five. And that was seven years younger than me now. We were at different stages of life and it showed.

I didn’t want to hurt him like I did Jett, but he could feel me pulling away. Finally, we’d had it out. He was so hurt, he pushed me and told me to go to hell. I deserved it. I’d been such a dick to him lately.
​ 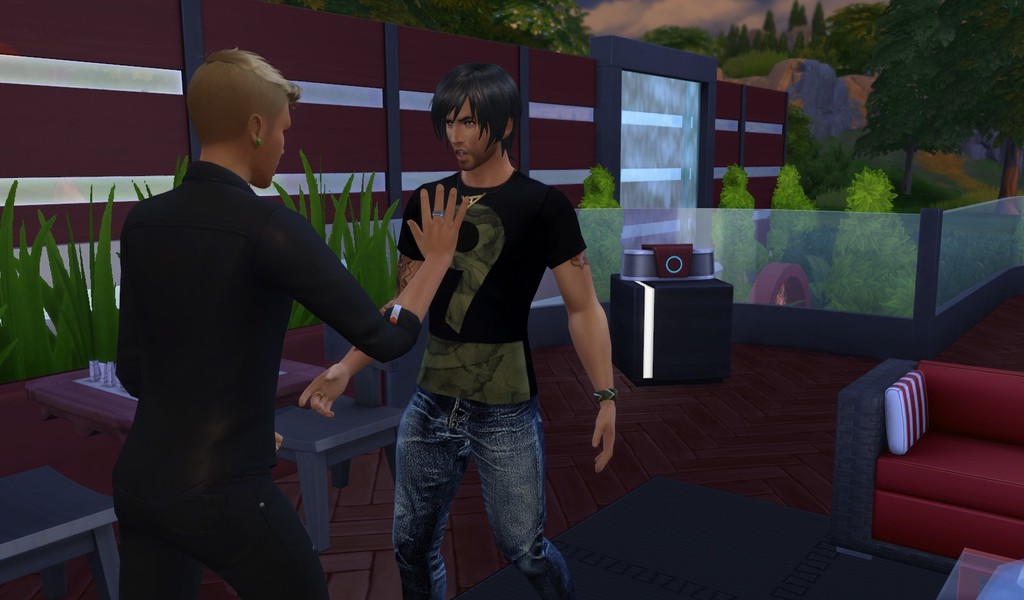 I hated to see him cry, but it was better this way. I didn’t run after him.
​ 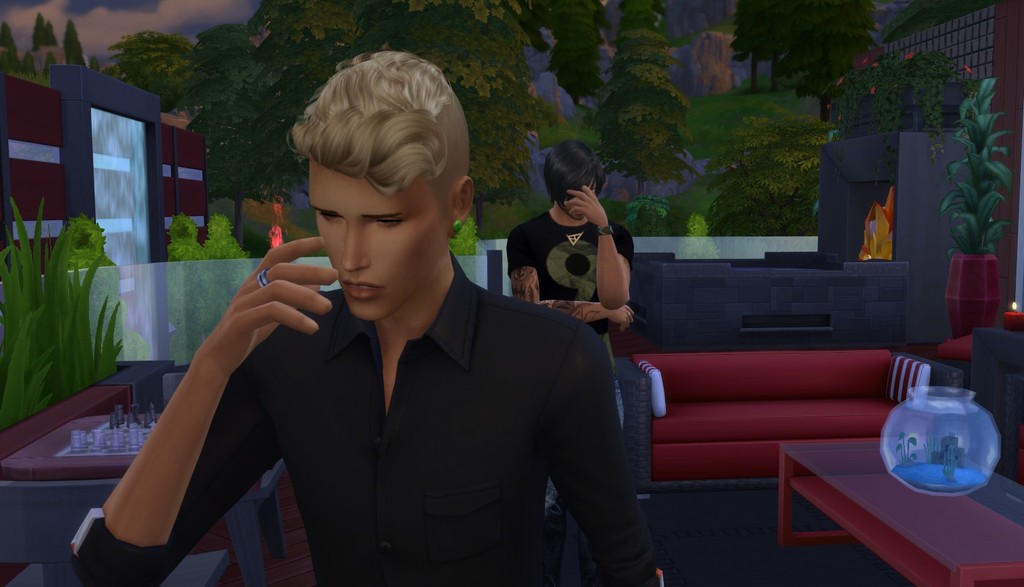 I wondered if I was going to be stuck alone my whole life. Why couldn’t dating be so easy like it was with Alex?

I was beginning to believe it was impossible.
​ 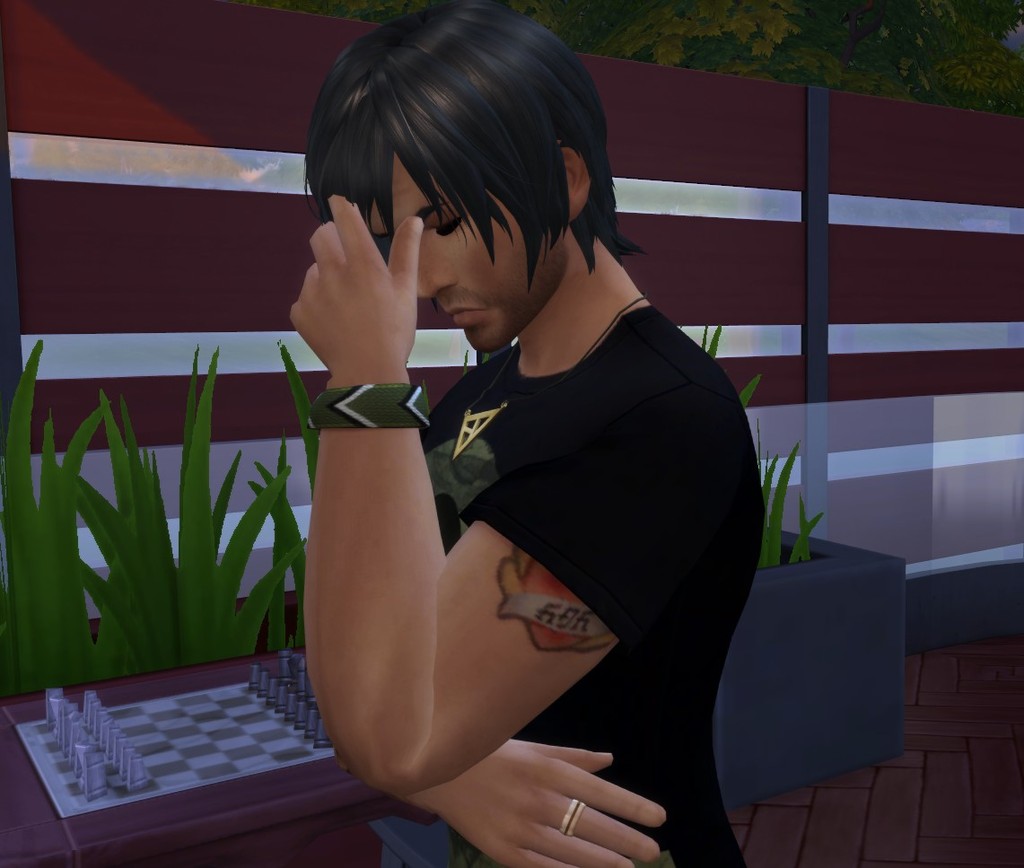 Until Grayson entered my life.

He was the chief of my R & D team at my corporation and we’d been meeting together about work for the past few months. Grayson and his team were on the brink of developing genomic medicine where we will be able to identify and treat cancers even before they grow in the body. He was so excited about it. I got the vibe that he was gay over the weeks, but was too scared to ask him out. It was different with the dating sites where I only saw men who were gay. But here in the real world, I had no clue. This was new for me so I decided to take a chance. If he was offended, I’d be embarrassed but that wouldn’t last long.

I’d been watching him test a solution for a while. He was so focused, I wasn’t sure if I should bother him.

Pulling up a test tube, he looked intently on it. “Hmm?”
​ 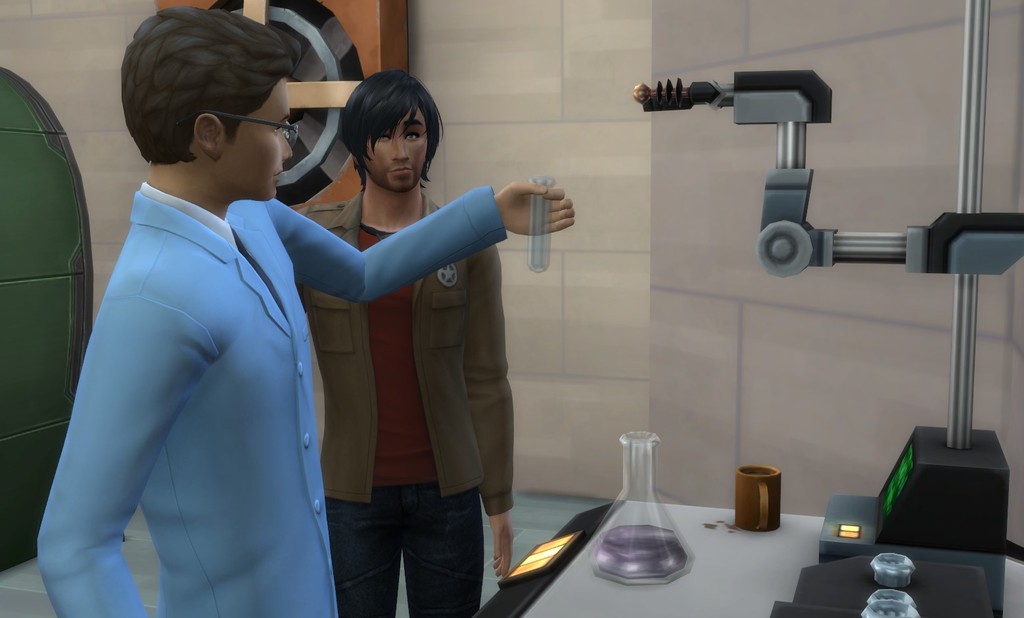 “I was wondering if you wanted to catch a movie with me after work?”
​ 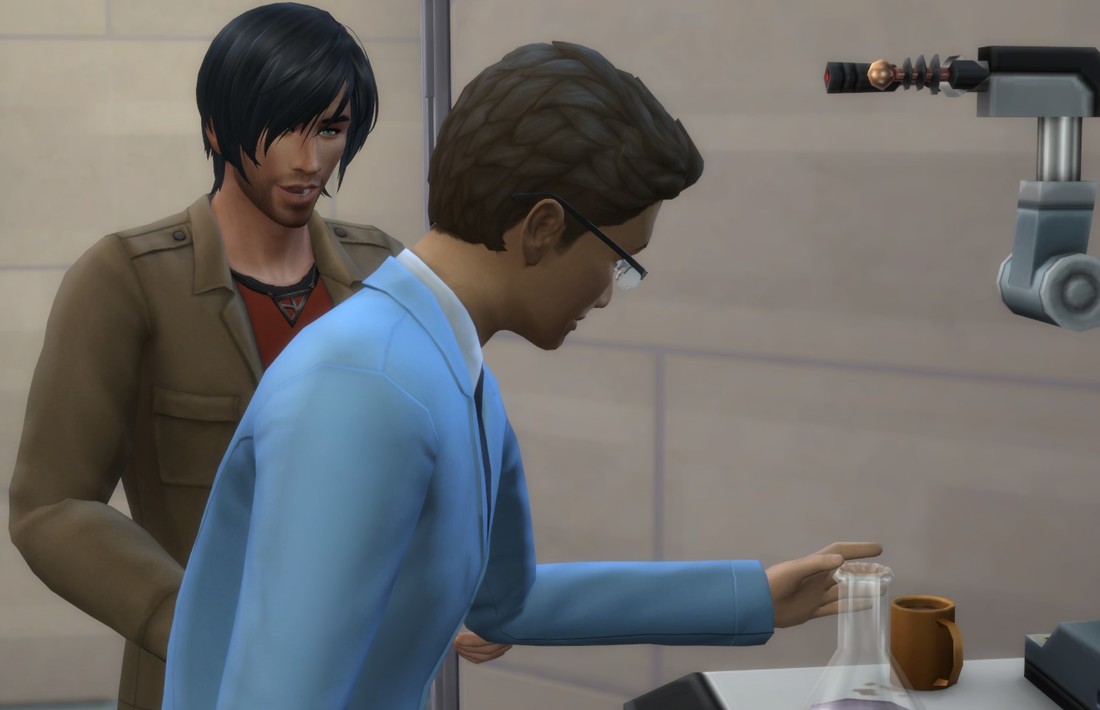 He hit some buttons on the lab equipment.

I didn’t think he heard me, so I went on. “You know, um, maybe afterwards we could get something to eat. I know of a new place that just opened up close to here or we could go to my restaurant. Whatever you want.”
​ 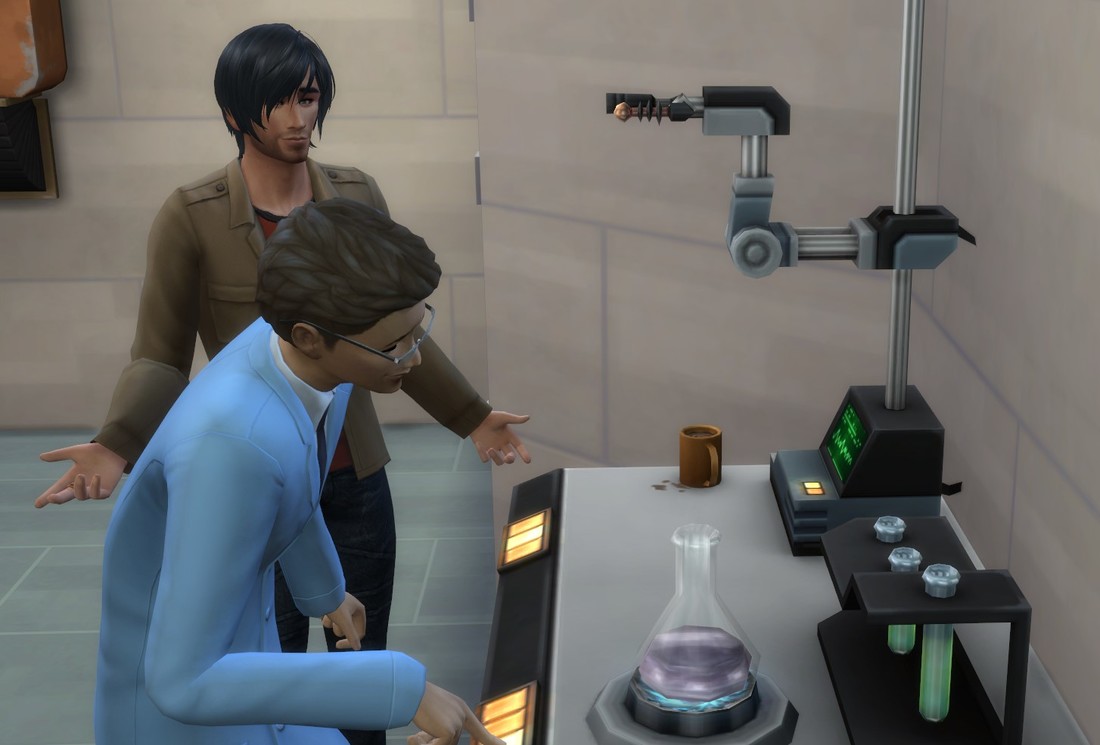 He swirled the test tube. “Are you asking me out?”
​ 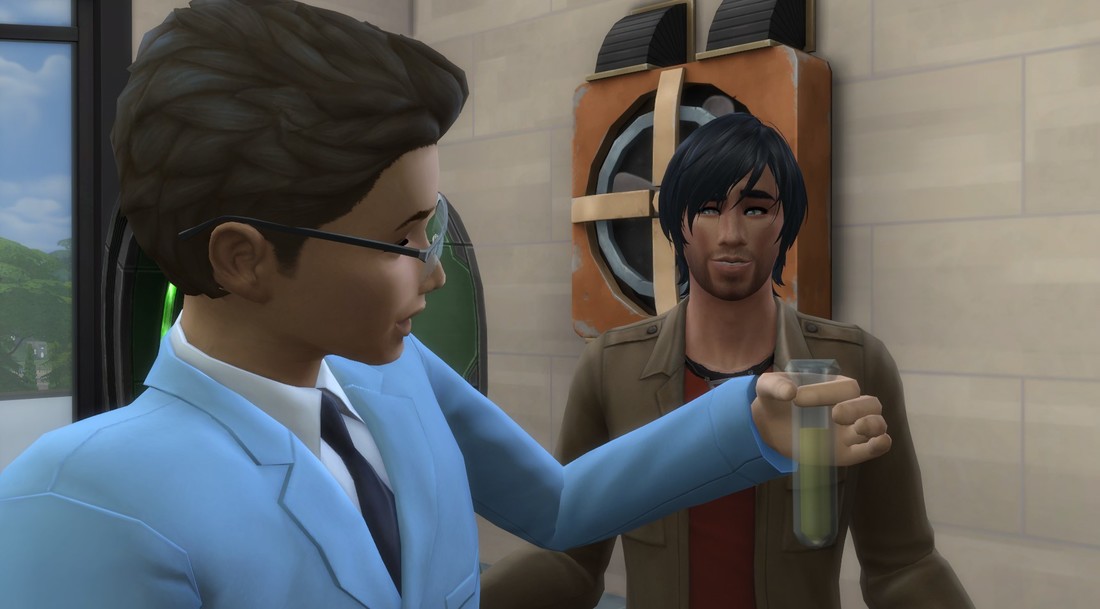 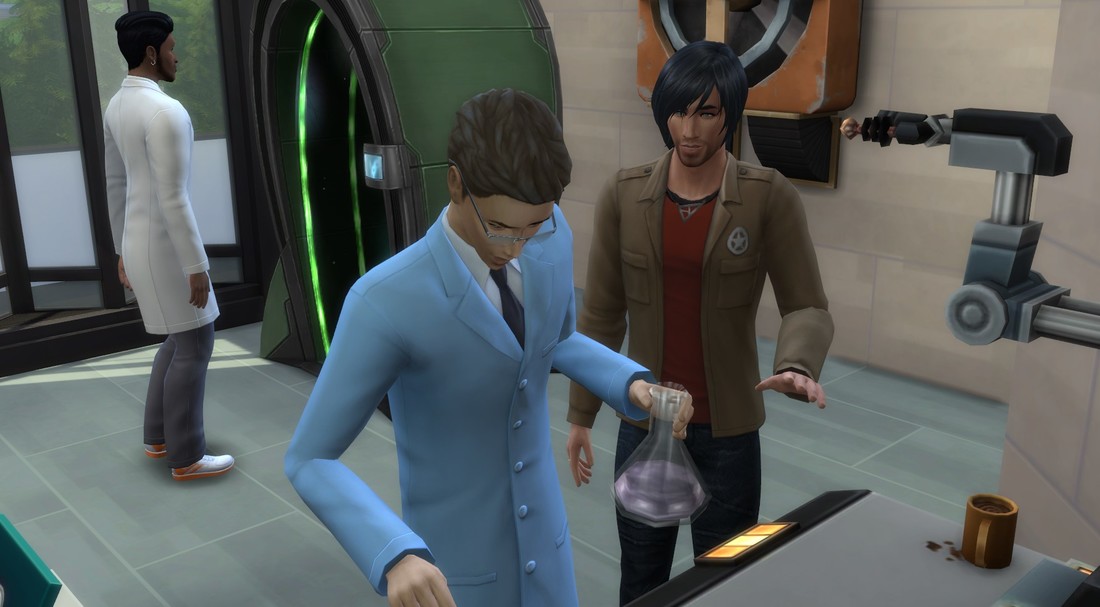 He put down the beaker and held me with his eyes making my stomach quiver. “I’ve been waiting for weeks for you to ask me out, Knight. I’d love to.”
​ 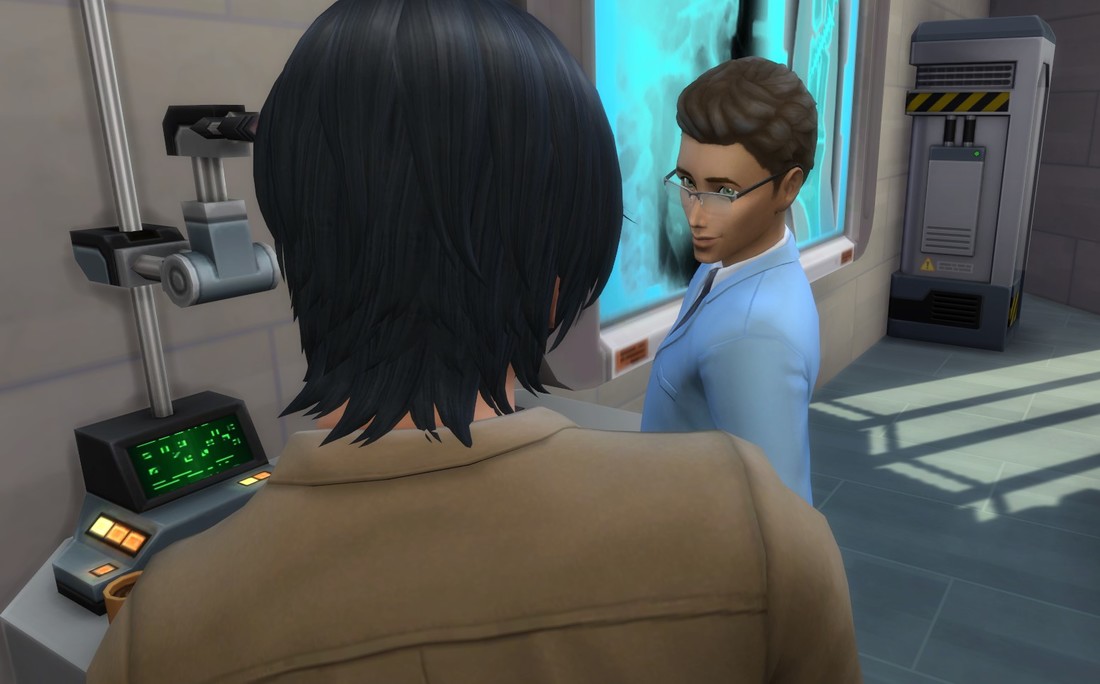