When I ran for my life over twenty years ago, I vowed never to come back. Well, unless it was to seek revenge against Jackson Day. But so much happened in between the time I was a vengeful child and now, it almost felt like another life so long ago.

Walking amongst the lavender flowers of spring, I marveled at how much San Myshuno had changed.

I didn't miss it one bit.

I had my mission. I was to do it and then go home, never to darken the doors of this dirty little city again.

My intelligence pinged me that Jackson's daughter was jogging through the city, and it looked as if she might end up on the lower east side--a grungy part I'd never had the displeasure of perusing in all my time spent on the city council. She obviously hadn't been raised properly. Well, with a father who was a drug addict and a mother who cared more for her work than raising the three children she had, I couldn't blame the poor child.

It was time Lana Corleonesi stepped in and changed her life. 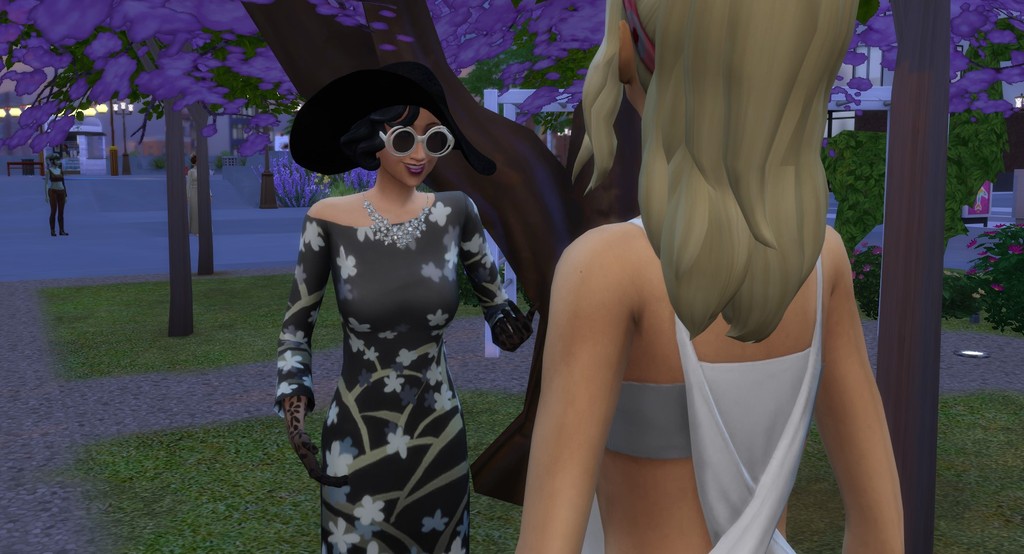 ​Eyelashes fluttering, she stammered, "A-And who are you?"

Grinning, I said, "I'm an old friend of your father's. We grew up together." Then I lifted my hand toward one of the shabby benches that no doubt had gum stuck on the underside. I would have to burn this dress when I got back to my hotel.

As we walked toward our rendezvous, I was reminded of how scared I was when I was nearly her age, hiding a teen in the basement and allowing some imbecile to call the shots. But had that not happened, I would not have inherited my father's real legacy. I would probably still be working, striving to become the first woman governor of this state. A pitiful servant's job rather than being, in all essence, the queen of Monte Vista. 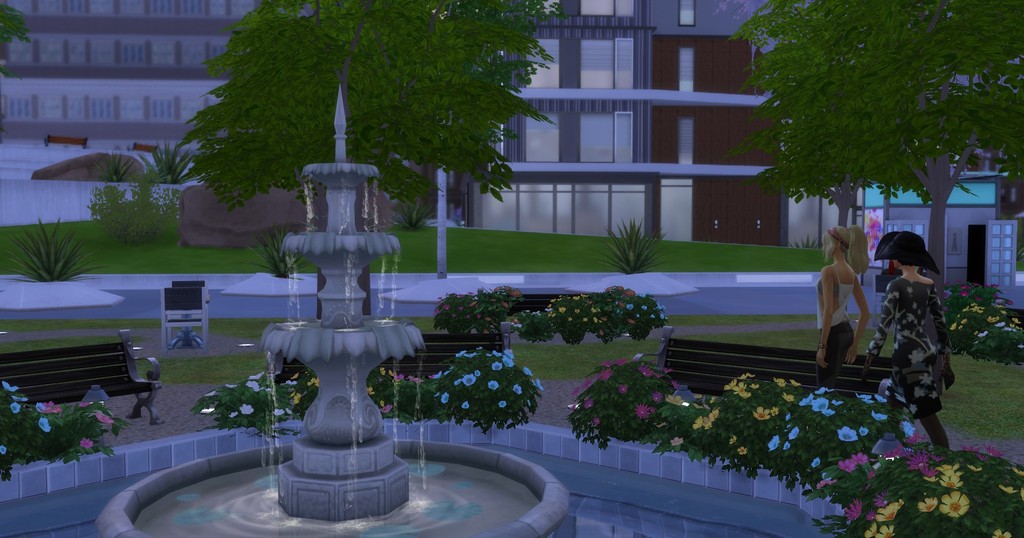 ​After Preston and I had hidden ourselves on that island for over a year, I contacted my former butler, Dalton Adkins. I knew I could count on him. He was like a second father to me. I had a courier meet with him so he could bring some of my things that I'd left in my haste. But to my surprise, Dalton included an interesting letter as well as my father's old journal.

In that old tome, I found out the true story behind the Richardson legacy.

On that fateful day, almost eighty years ago, my father, who's real name was Tony Corleonesi, gazed at his father, weighing his odds.

You see, Franco Corleonesi, Knight's father, was at war with their father, Leonardo "The Fist" Corleonesi--the richest man in Monte Vista, Italy. 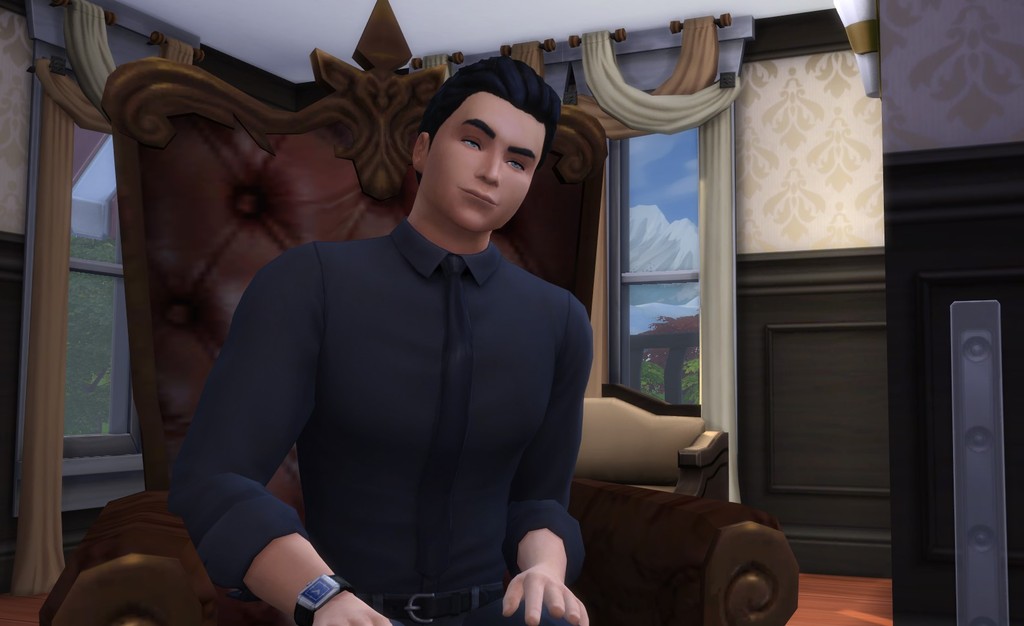 "Do you agree with this lunacy, Tony?" Leonardo demanded.
​ 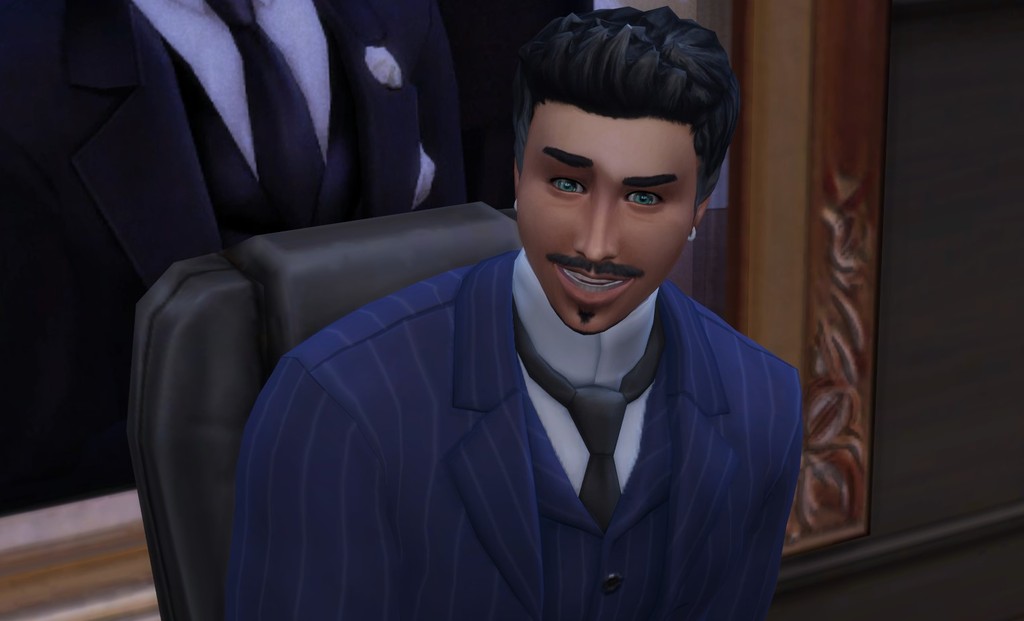 Franco raised an angry finger. "It is not up for a teenager to decide, Father. It's time we branched out. Monte Vista doesn't have the riches it once did. Oasis Springs is a small town with a lot of potential. How can you not see this?"
​ 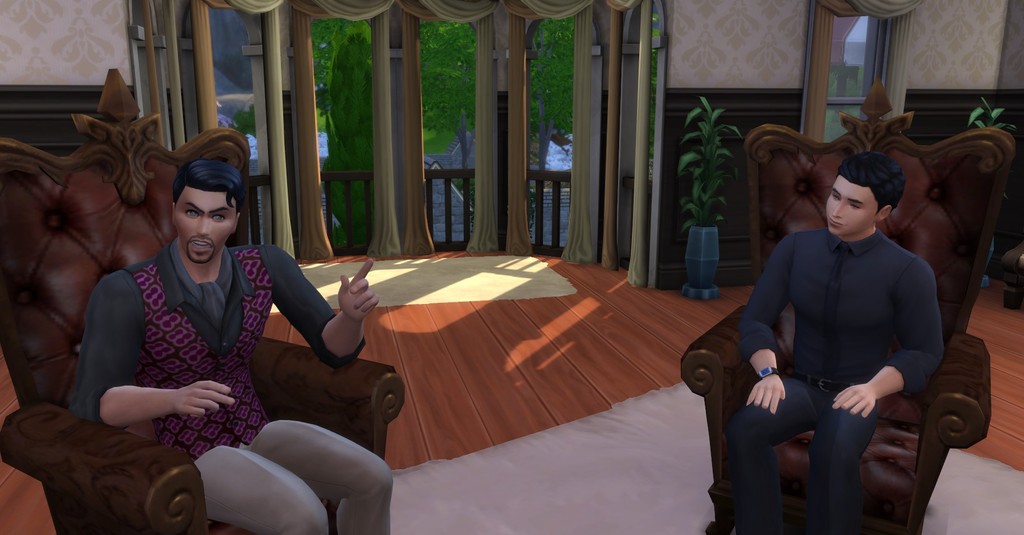 "I see that our legacy is here. It's always been here. For nine generations, your grandfather's grandfathers have grown vineyards and shops and industry that the villagers bow down to. You can't leave it to go on some wild goose chase. The answer is no. You are the Corleonesi family heir. You will stay and oversee its growth." 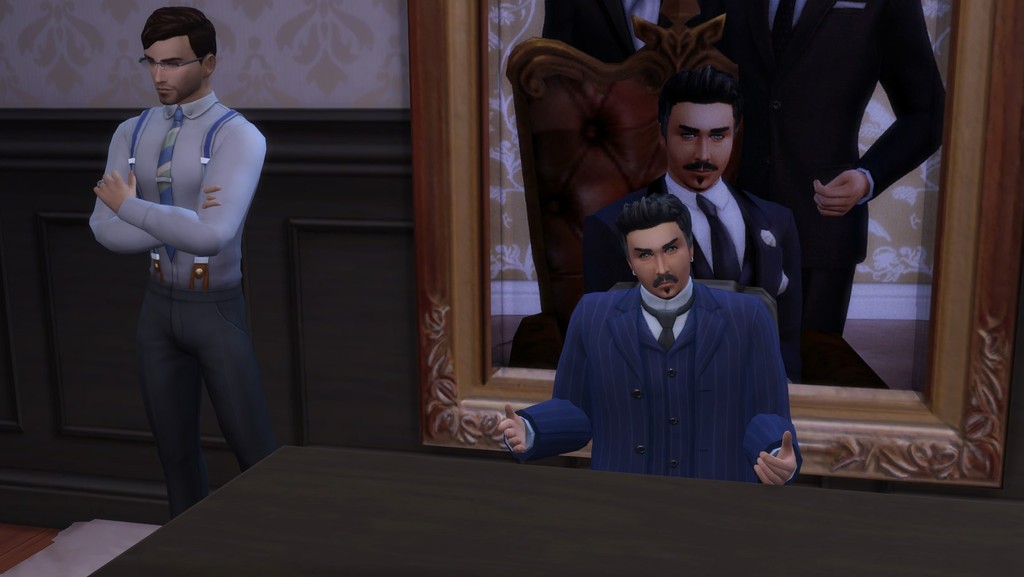 But what my grandfather didn't know was Franco had had a fast affair when he'd surveyed Oasis Springs a few months before, impregnating Knight's mother, Guinevere Sadler--a woman of no consequence. According to my father, she was beautiful but poor--a bad match, in his opinion. Certainly not someone Leonardo would approve. Nevertheless, Franco was going to be a father and he loved this woman.

"Then I'm going without your consent. I'm a free man. I'll do what I wish." 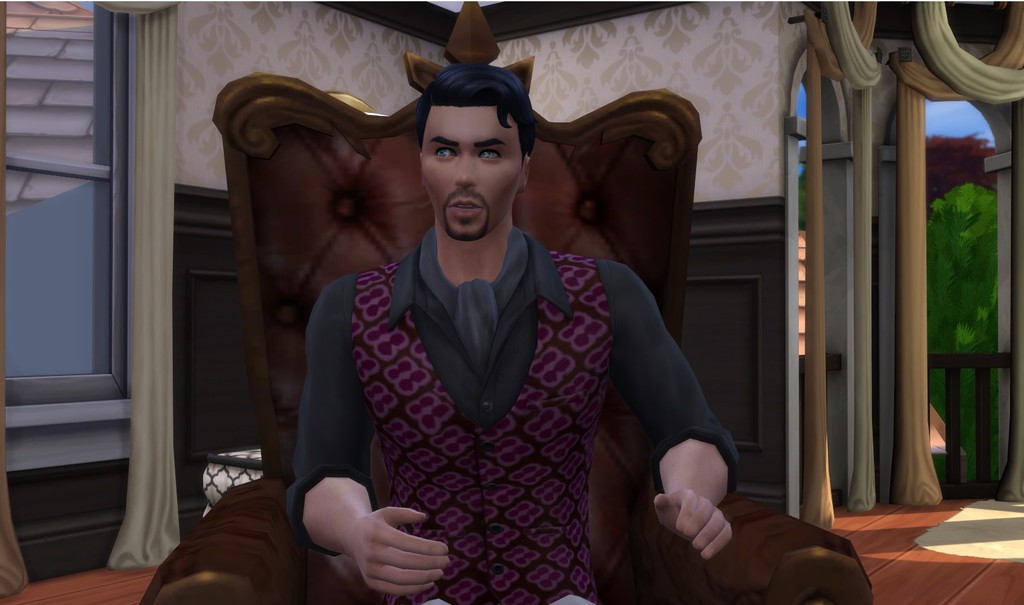 "You dare to defy me, Franco? I'm your father. Walk out now and I'll hunt you down. I will not suffer this agregious slap in the face of the Corleonesi name."
​ 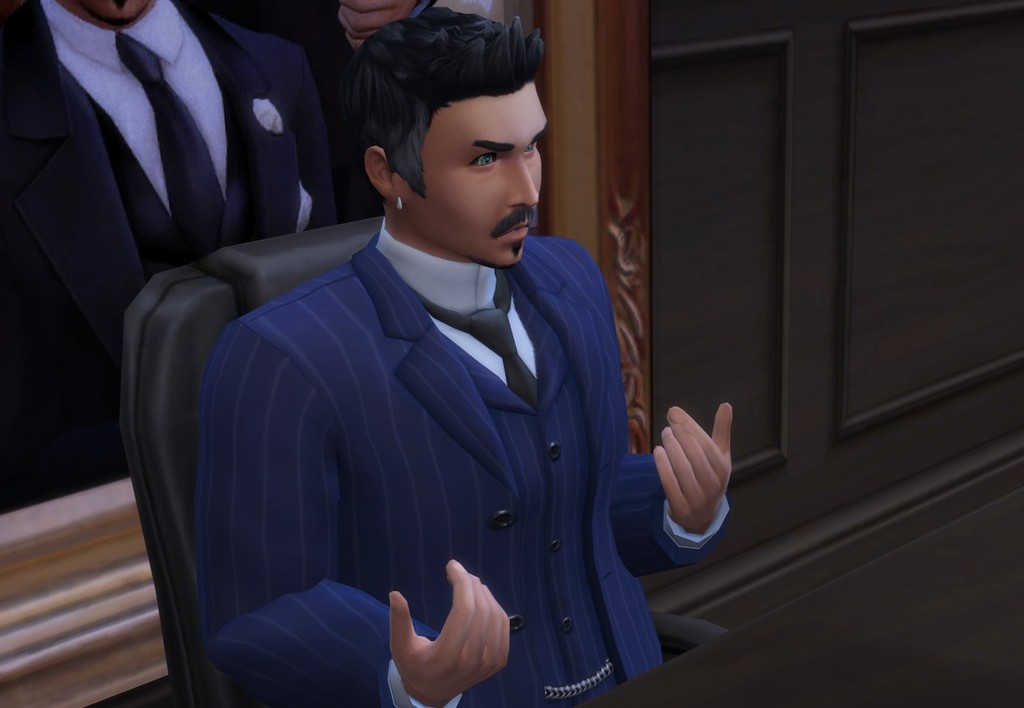 "You seem to forget that you raised me, Father. I can turn just as dirty as you when I wish. I dare you to come after me. All of your men will be sent back in pieces in body bags." 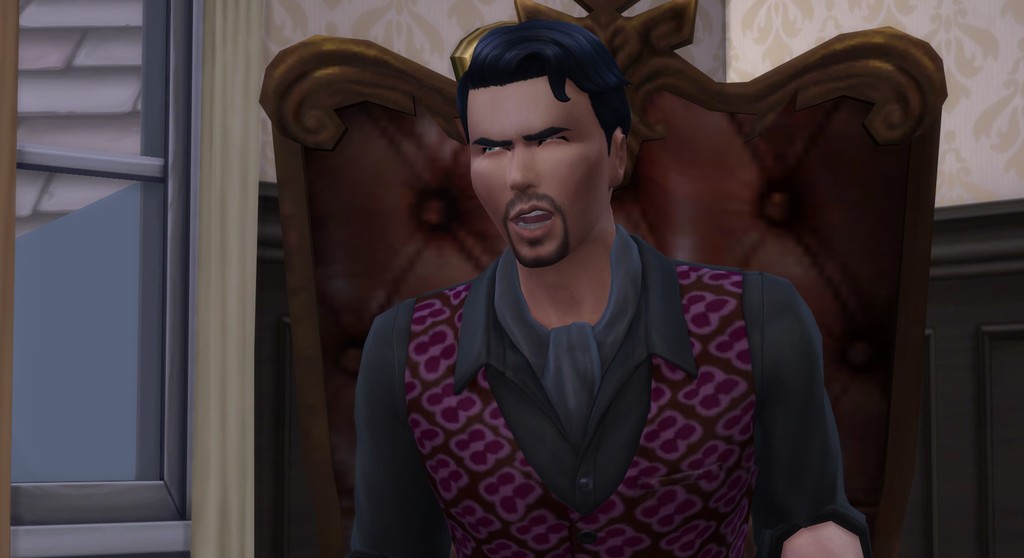 They stared at each other for a long while--two bulls in a fight. My father didn't know whom he should choose to follow. Leonardo was a formidable man to work under. Father knew it would be easier going with Franco, but also risky. He would lose everything--all the riches and power that Monte Vista had for him. If they failed, there would be no going back. 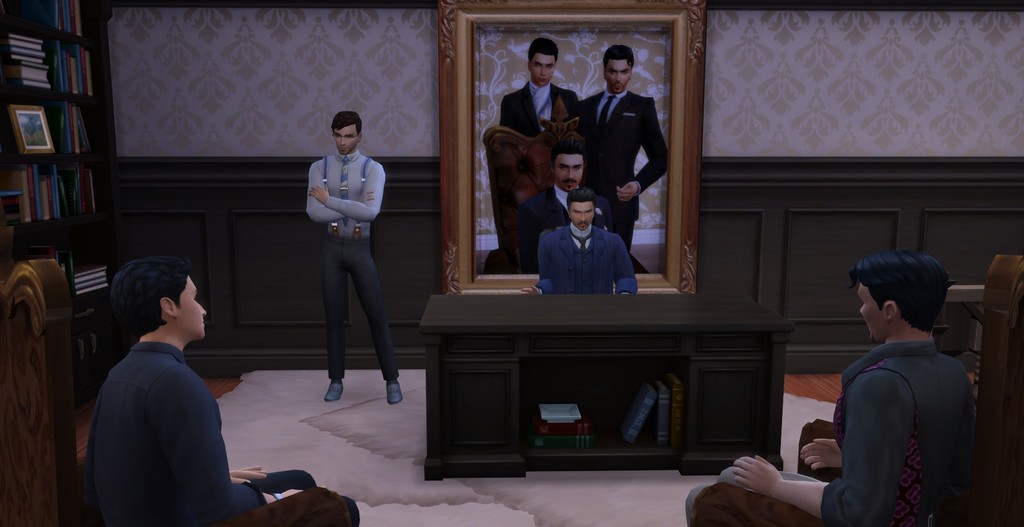 "You know this means Tony will inherit," Leonardo finally said.

"Fine. Go. But know this--I curse you and your family for the next ten generations. Whatever you start, it will be forever fraught with turmoil and destruction. And you must change your name." He spat on the ground. "You do not deserve the heritage of Corleonesi."
​ 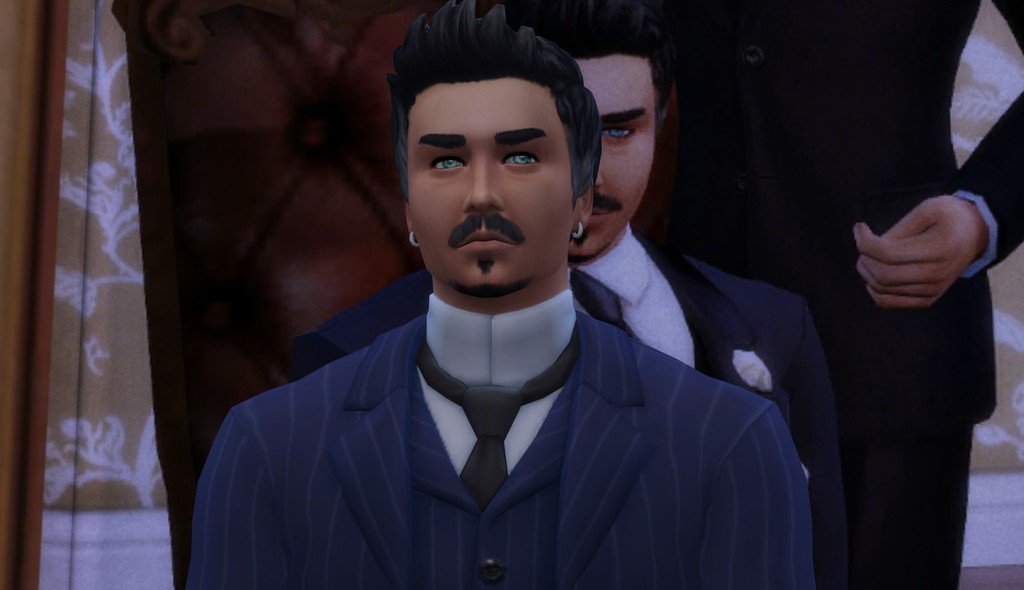 My father sat there, thinking he would inherit everything. It would be easy.
​ 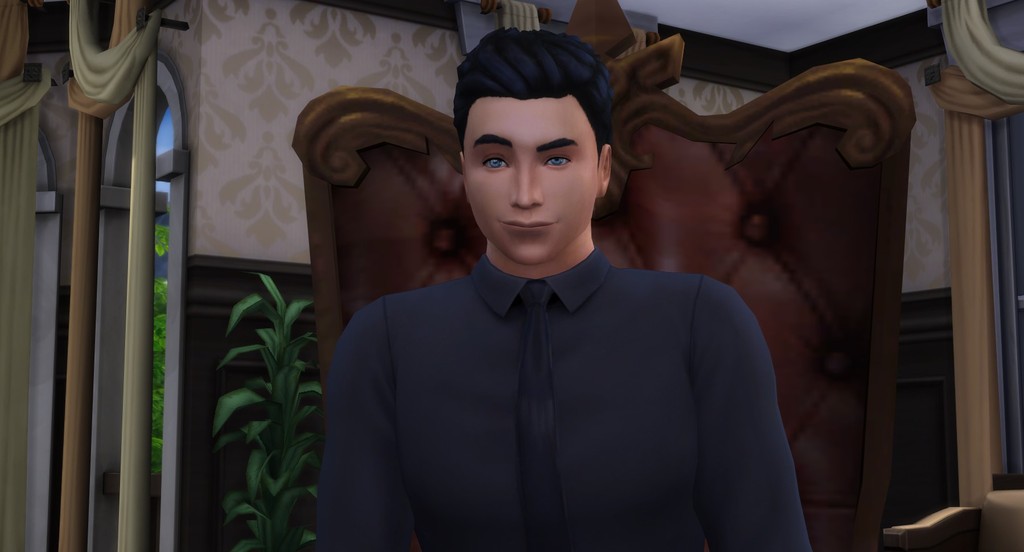 But then Leonardo despised the sight of my father because of what Franco had dared to do. He was always second in Leonardo's eyes and not worthy. So, after only a few months, my father joined his brother in Oasis Springs and the Richardson legacy was born. With my father's cunning and Franco's abrasive ingenuity, they made the Richardson name legendary in less than a decade. They made it known that the family had come from old, generational money. A lie that stood the test of all who came across it.

Following Dalton's directions, I found myself in the very chair my father had once sat in, staring at the charming face of Leonardo Corleonesi. 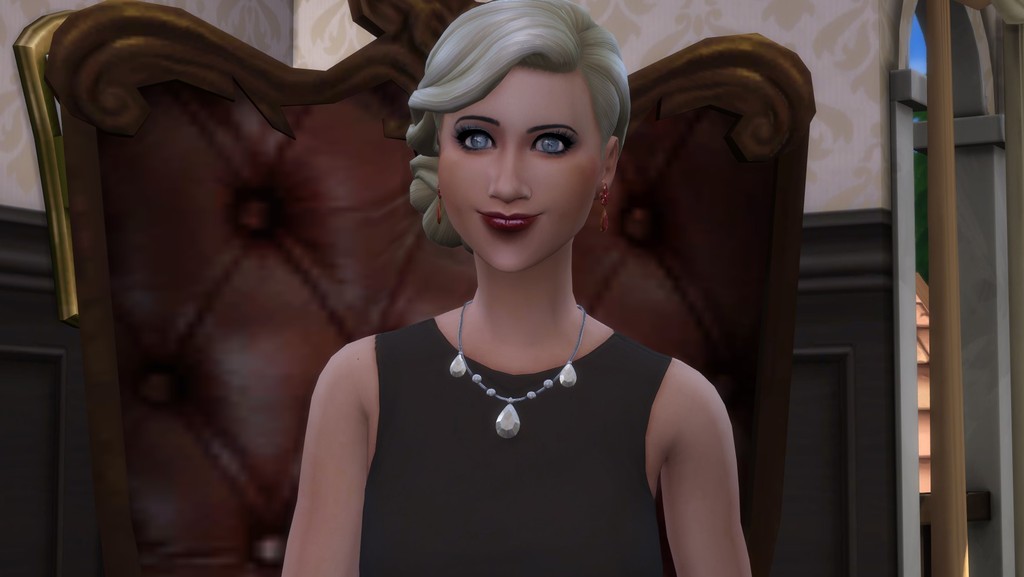 Gnats buzzing my insides, I'd hoped all the pain of my father's traitorous journey to Oasis Springs would be forgiven.

After I made an impassioned apology, outlining the agregious mistakes of Tony Corleonesi, my father, a sudden smile swept the old man's face. But he didn't say a word. 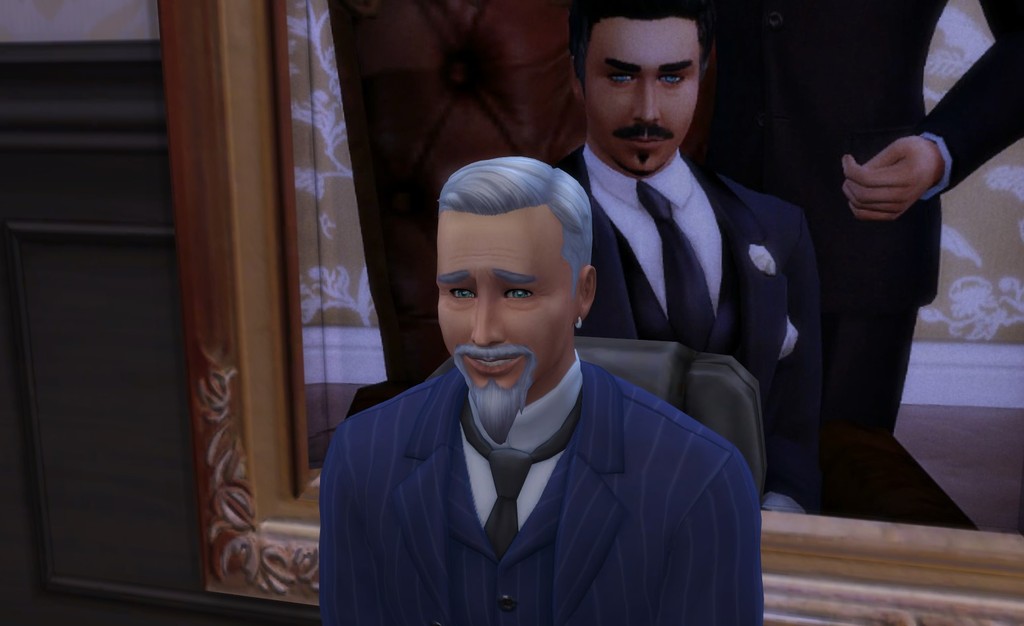 Was the old coot going to kick me out? Or worse... 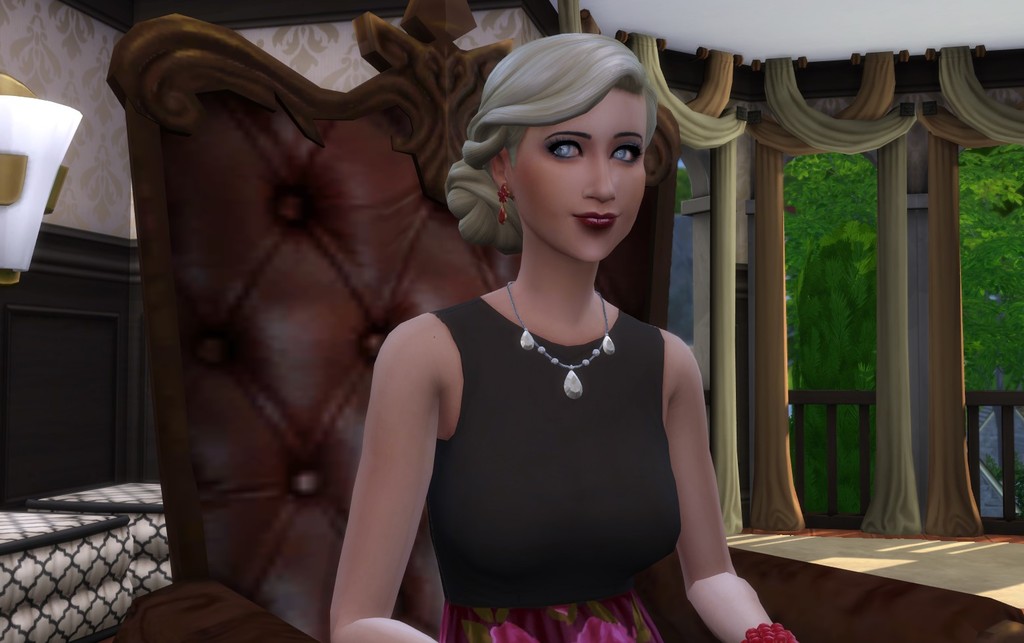 With a hearty laugh, he said, "Well, played, young one. You are indeed a Corleonesi of the highest stock. My compliments to your mother. It is my wish she visit us very soon." And he came over to me, gripping me in a mighty hug.

From that day forward, I became the legacy heir to the Corleonesi fortune. 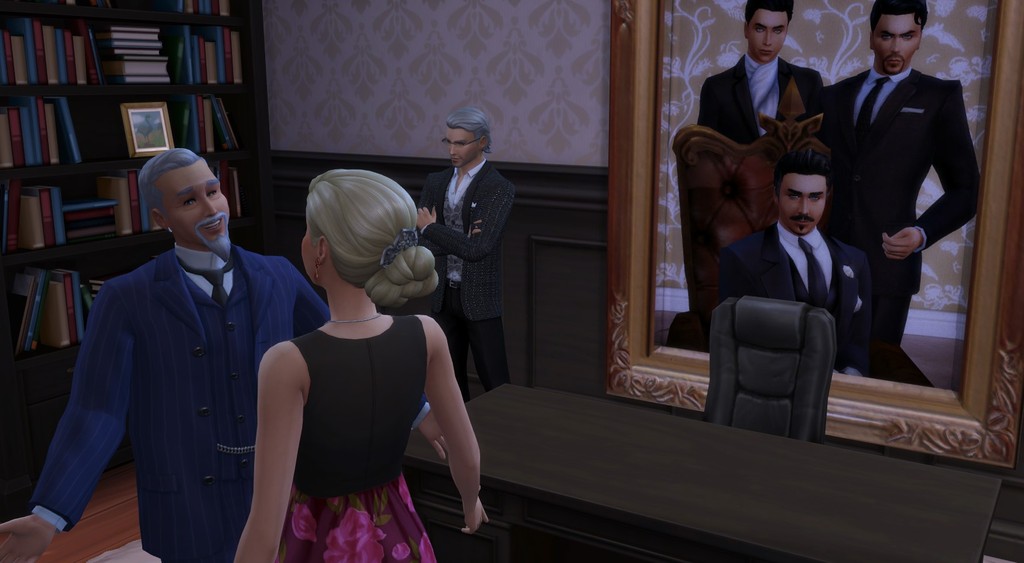 Unfortunately, I let it slip how I came to my exiled state. In order to rectify this blasphemous slight to a true Corleonesi (and maybe he was still a bit bitter about Franco), Leonardo sent out a hit on Jackson Day. Thankfully, Jackson survived the accident. I asked for my grandfather to let it go. To me, I was no longer bitter against what had happened. After all, without Jackson's meddling, I wouldn't be on this wonderous path.

Grandfather said he would abide by my wishes, but he spoke a Corleonesi curse over poor Jackson's life--one similar to the one he'd spoken over Franco.

Heaven forbid anyone suffering a Corleonesi curse. I didn't believe in such things, but witnessing what happened to Jackson from the other side of the world turned me into a believer.

And so, after my grandfather was laid to rest, I became the queen of the whole city of Monte Vista and the surrounding villages, reveling in the power I'd always wanted.
​ 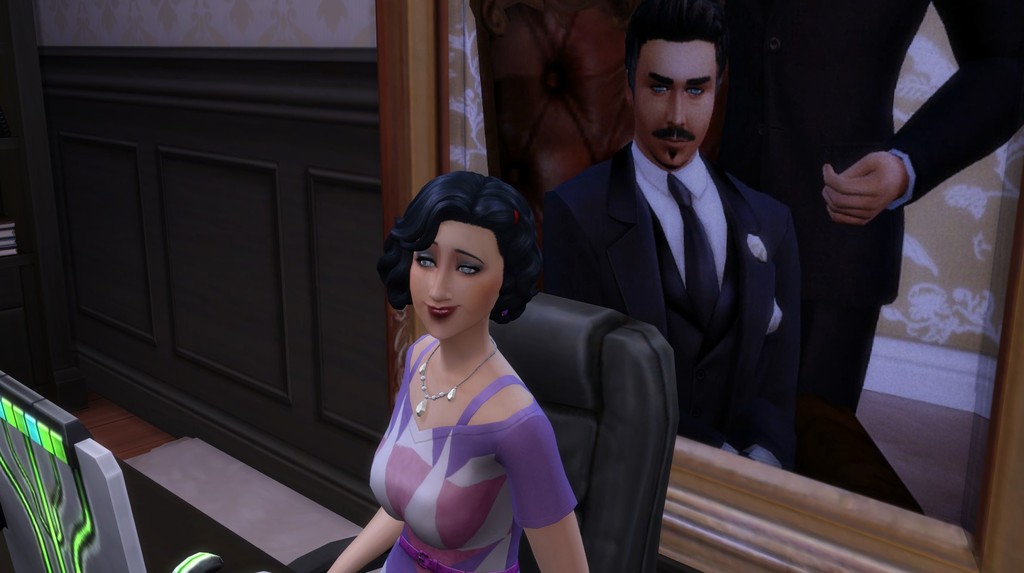 One day, my darling daughter, Sasha, came into my office, beside herself with grief. 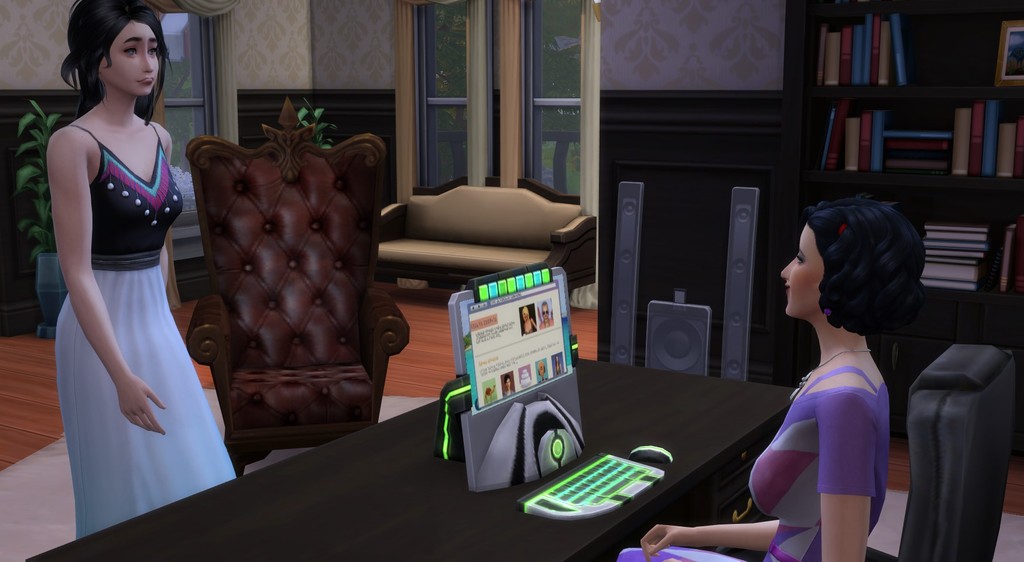 "What's wrong, my sweet?" I asked. Usually, Sasha was such a happy girl. I would murder whomever it was that would make her sad.
​ 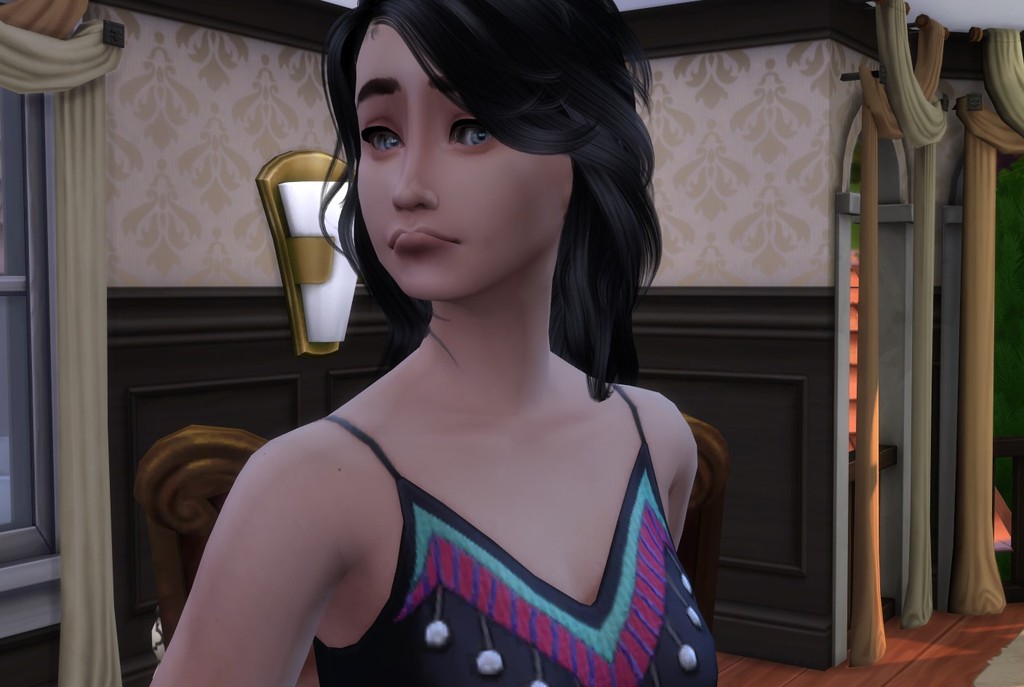 Crying into her hands, she told me her favorite rock star had died.

I had no clue she even knew about the Llama Kings.
​ 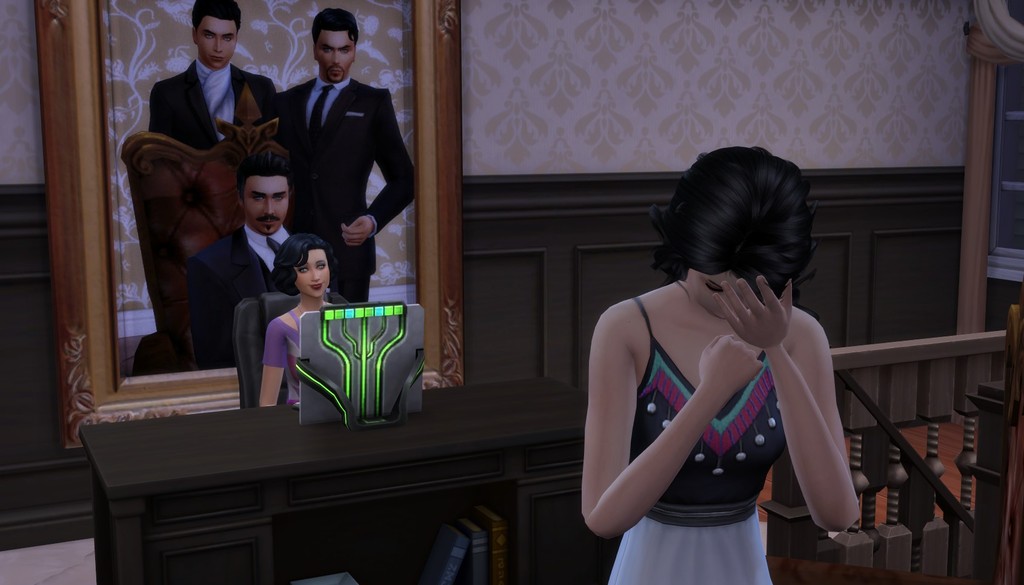 She asked me if there was something we could do for the family. She knew all about Siobhan Day--Jackson's daughter. They were exactly the same age.

Of course I couldn't say no to anything my little princess wished. I knew exactly how to make her happy. 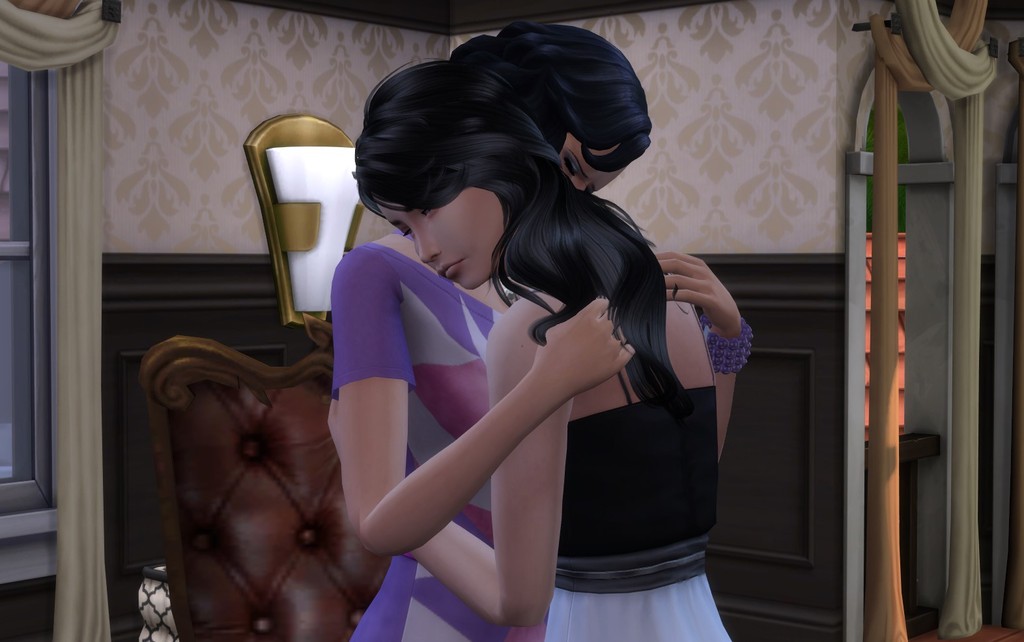 When I told Preston my plans to visit Siobhan, he cautioned me that I was still on the FBI's wanted list. But he knew I'd go anyway, so he laughed and told me to be careful.
​ 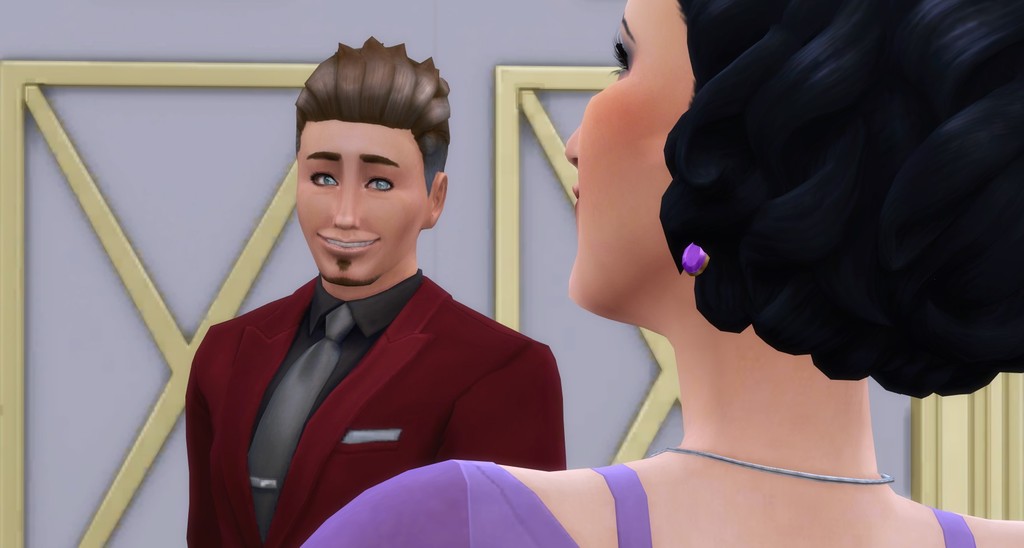 My husband was the love of my life. I was so lucky to have him by my side all these years.
​ 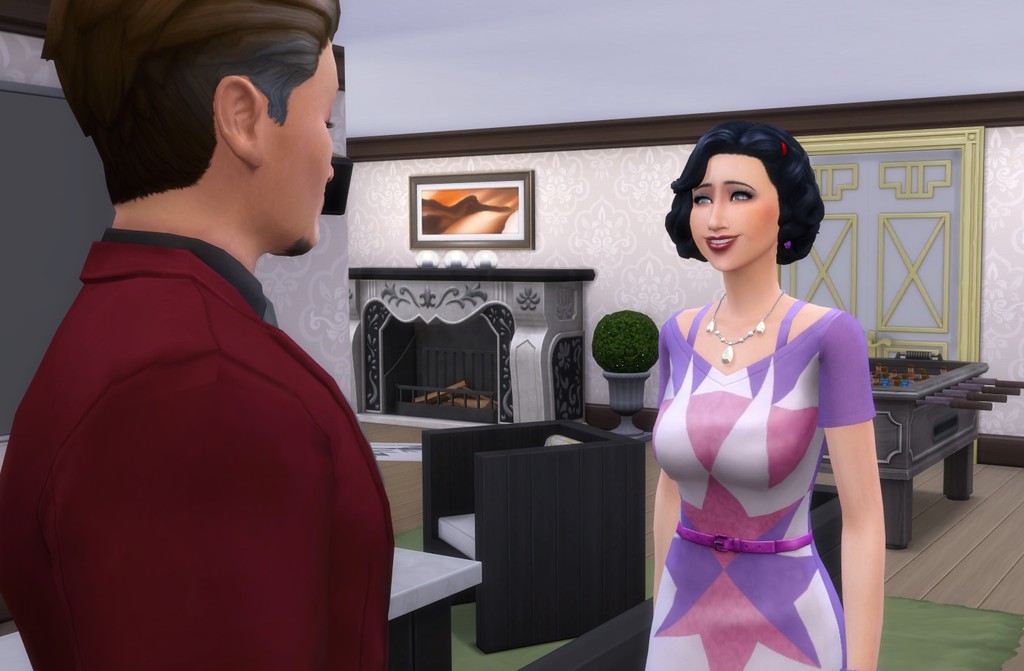 I told him I couldn't wait to get back and to not worry. After all, I had many different mansions all over Italy with the most gorgeous vistas. San Myshuno was a like the underbelly of society. I wouldn't stay long.
​ 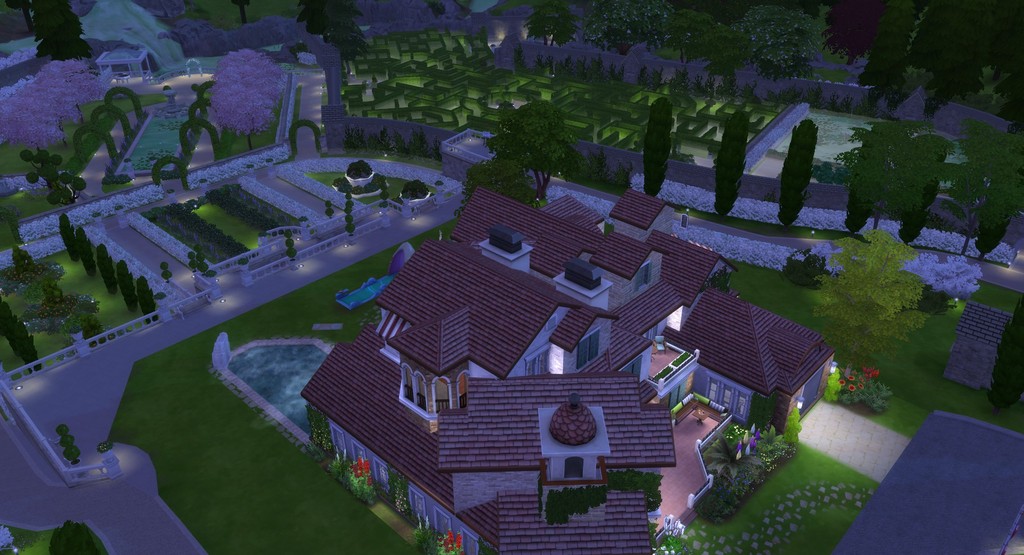 It took two years of thinking what I could do for her when my brother, Kyle Richardson, gave me a way. I grabbed the chance and came right here to find Siobhan. 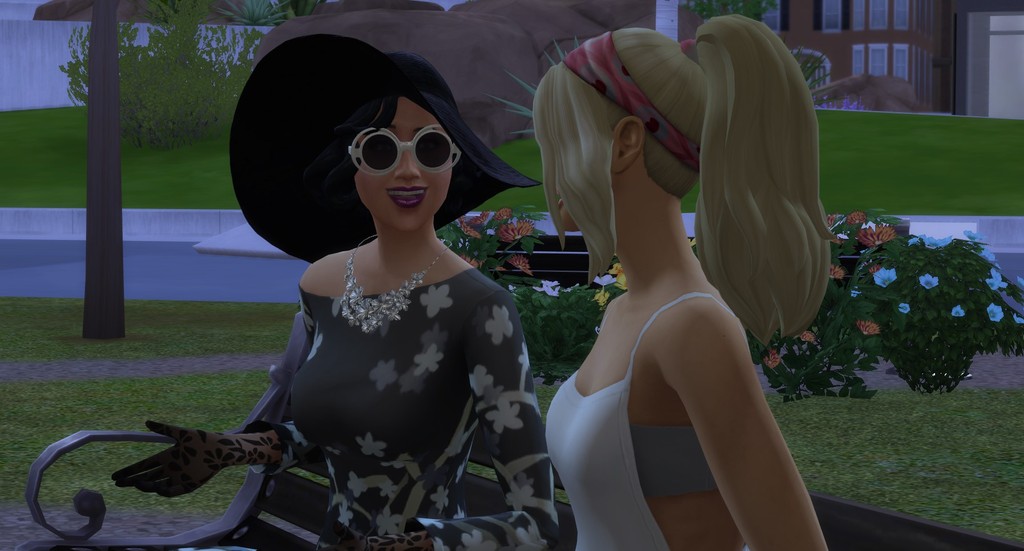 "Um, yeah...that's like my grandfather's name, right? Knight Richardson. Richardson Park is named after the family. A ten generation legacy. My Great Uncle has it now, I guess."
​ 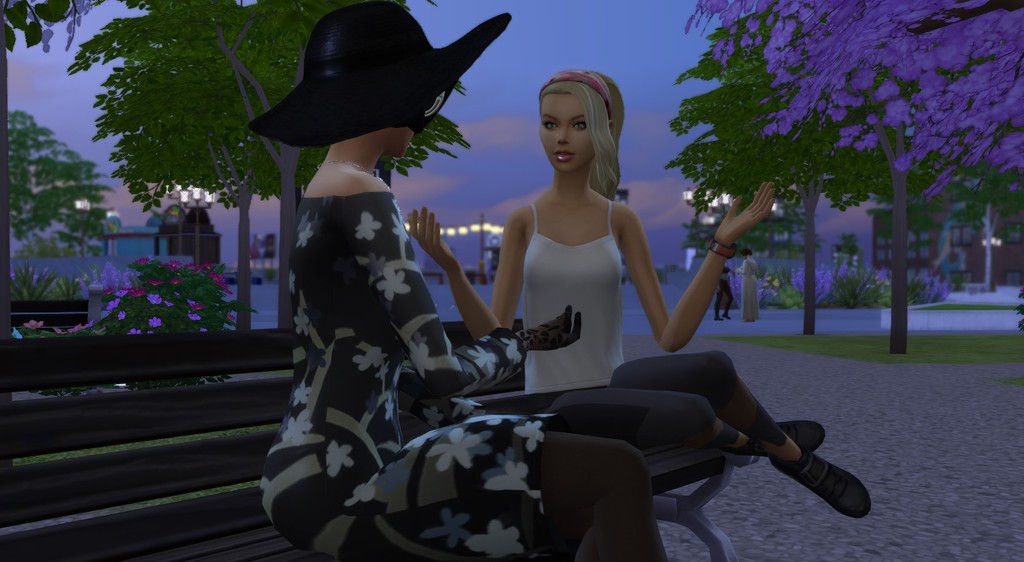 "Your uncle never was one for the family business. My family has bought out Knight Industries." 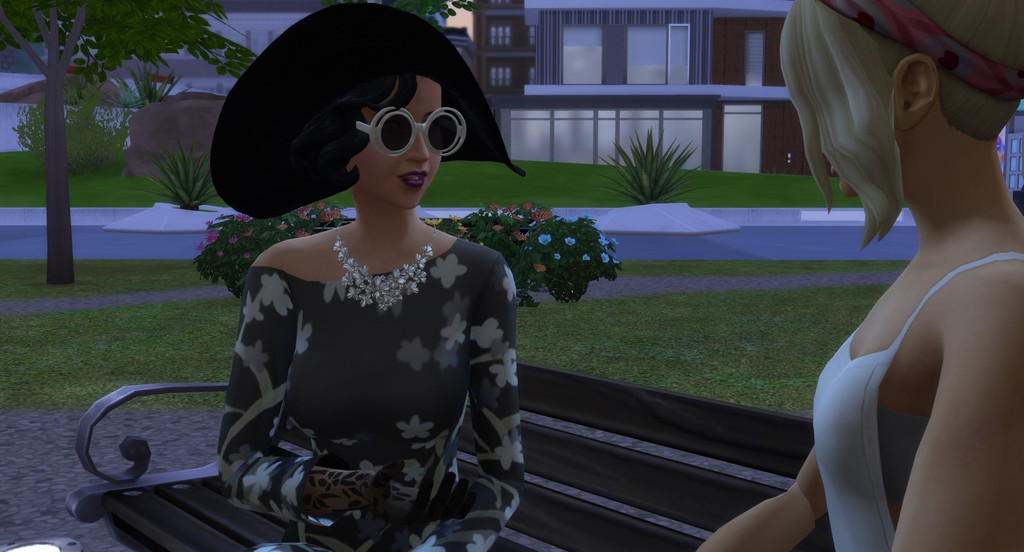 She shook her head. "What does that have to do with me?"

I waved my hand. "You see, I'm a very rich woman. I have no need of an enterprise such as this, but I thought maybe you might want to try your hand at it. Keep it in your family, so to speak."

Staring at me, she said, "So...you want to give me Knight Industries?"
​ 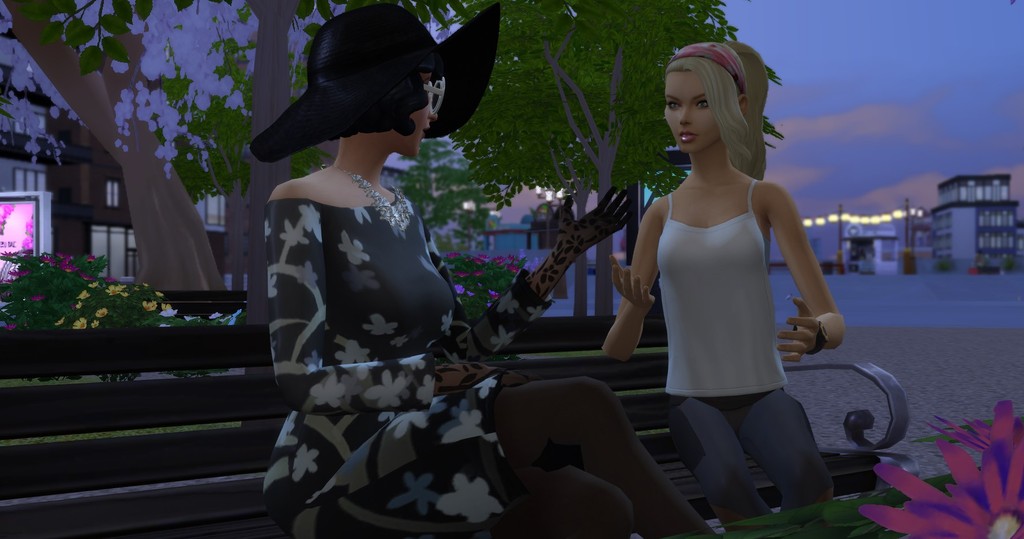 "Yes," I said, excitedly. "My, you are an astute child. But only if you want it and at the proper time. Get your degree in business or management. I will arrange everything for you to inherit it once you turn 25. But if you don't wish to take on something like this, I'll sell it off. Your choice." 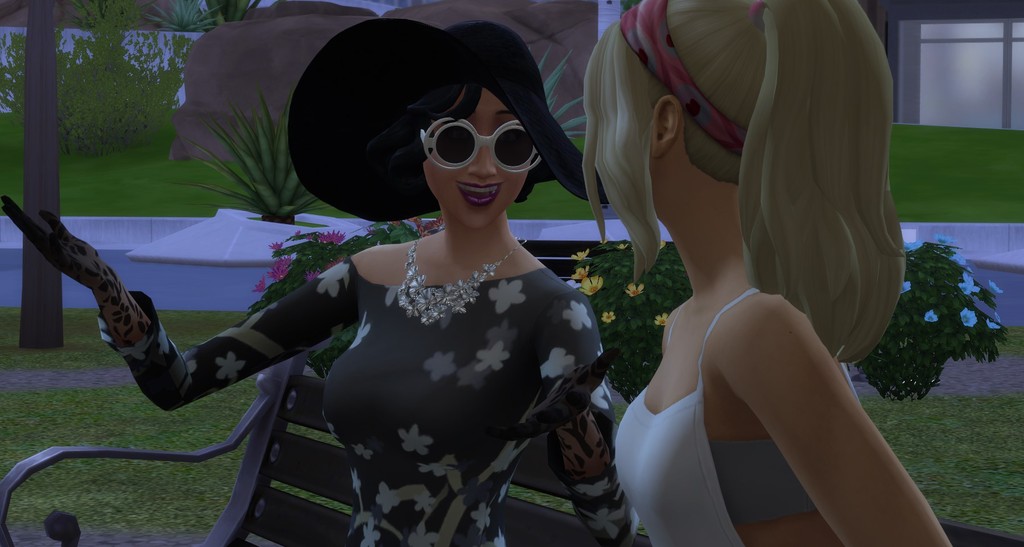 The poor girl looked quite stunned. Well, it was worth a shot at making up for her father's curse.

My, I was getting soft in my old age.

But then Siobhan shrugged and said, "What do I have to lose? I'll take it, I guess."

"Good," I said, squeezing her hand. "I'll have my lawyers arrange everything. It was so good to...um...meet you, Siobhan. Say hello to your grandfathers for me."

She cocked her head and said, "You never gave me your name."

I arched my eyebrow and said, "Tell them an old friend from the past says hello and wishes them well."

I got up, spying what had to be her brother--the spitting image of Jackson when he was a teen.

Dusting off my dress, I walked with confidence toward the better part of this city, pining away for the mountains of my homeland. I was not meant for this country. Not meant for it at all.
​ 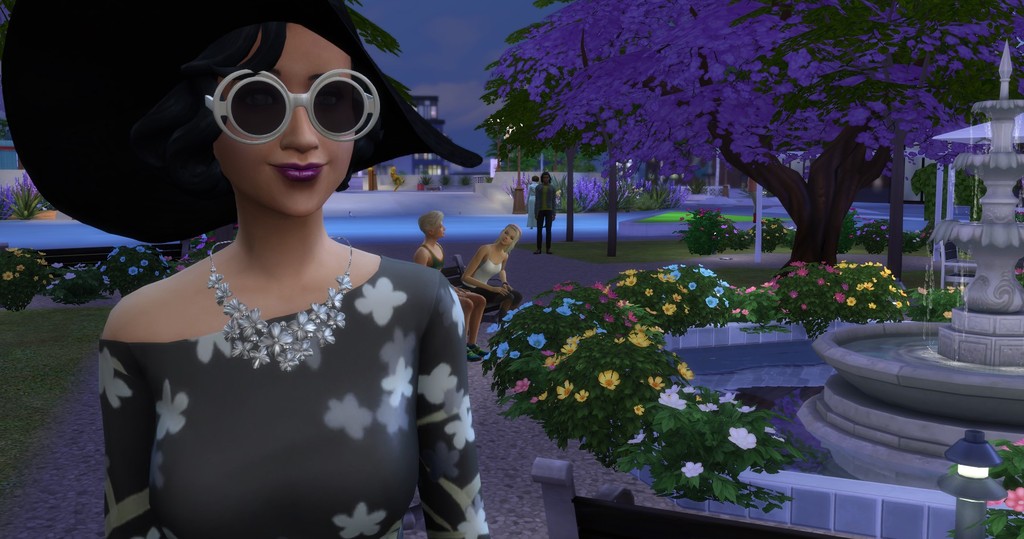