After that embarrassing encounter, I called Bri and said I’d go out with her co-worker, Dallas Flint. Call it a response to rejection--I didn’t care at this point. I wanted to get over Knight like he’d obviously had gotten over me. I hoped dating would be the start to a cure. I had no expectations for this guy. I mean...blind dates were the worst. Right?

But as I gazed at the man sitting beside me, I was overwhelmed by how attractive he was. Six foot six, he was way taller than me, which was something because I’d always felt like I towered over people my whole life. And he was intelligent, creative, and ridiculously funny. Where did Bri come up with this guy?
​

Oh yeah. Work. He was an up and coming fashion designer who recently got his own label. But you’d never know it. He didn’t try to talk about himself. He was peppering me with questions all night.

“Bri tells me you’ve got a collection of skateboards. Do you still ride?” Dallas asked.

“Does he ride?” Ben chuckled. “If he worked in my hospital, he’d board through the halls to his patients. Hey, that’s an idea. Maybe I should do that.”
​ 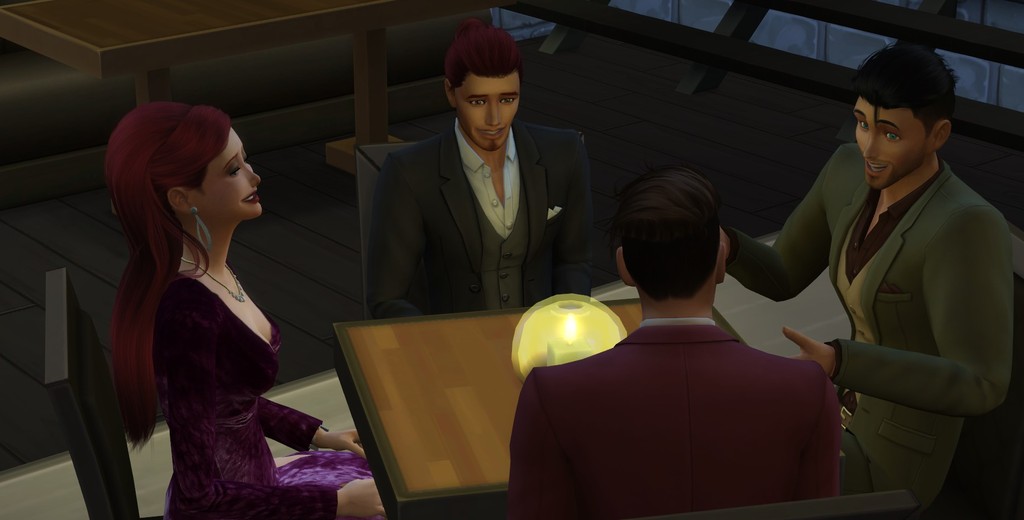 Bri laughed. “I think your head surgeon would frown on that, babe. You’re still in residency.”

Smiling, I answered, “I love to skateboard, but haven’t done it in a while. I’d like to show you my collection sometime,” I said. Like tonight, but I didn’t want to go overboard. I hadn’t dated in years, but I remembered that I needed to play at least a little hard to get.
​ 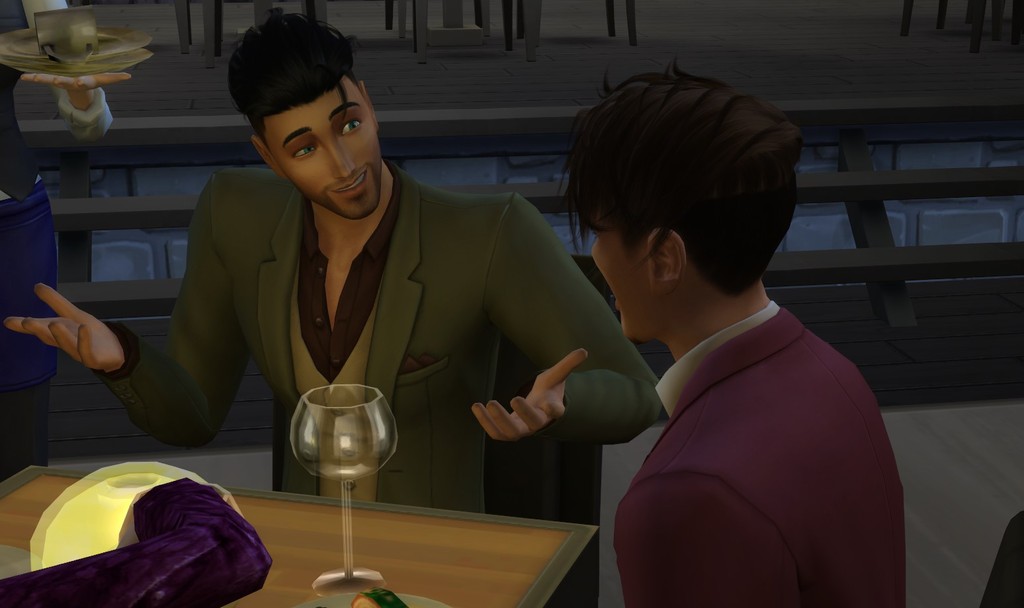 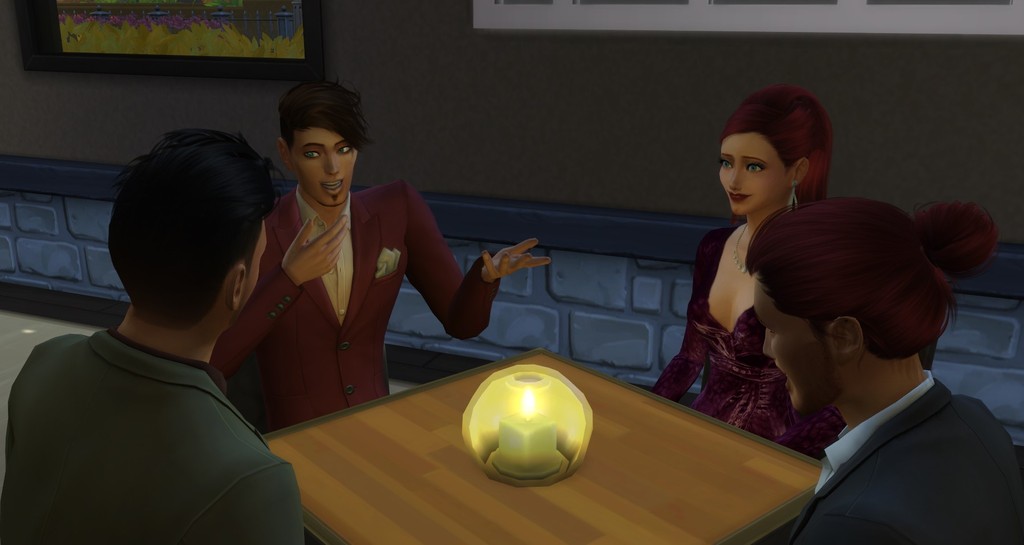 So much for hard to get. I threw it out the window and melted into Dallas’ translucent green eyes.

The next day, he took me way out of the city to a bluff overlooking a beautiful lake. The autumn wind floated over my body, chilling me. But when I drank in Dallas’ sexy frame, I forgot all about the cold.
​ 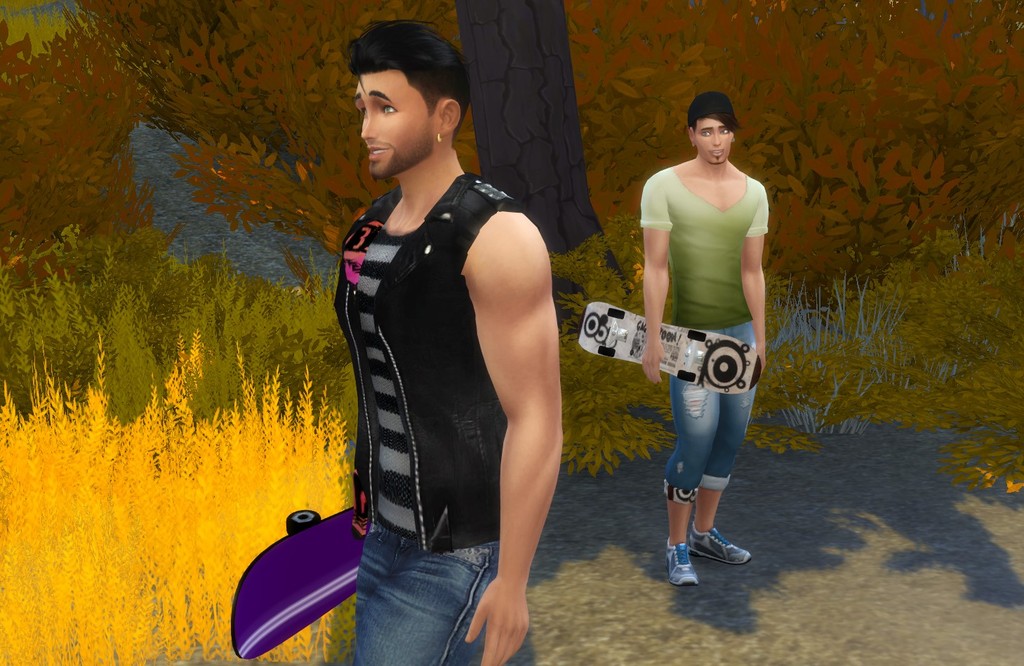 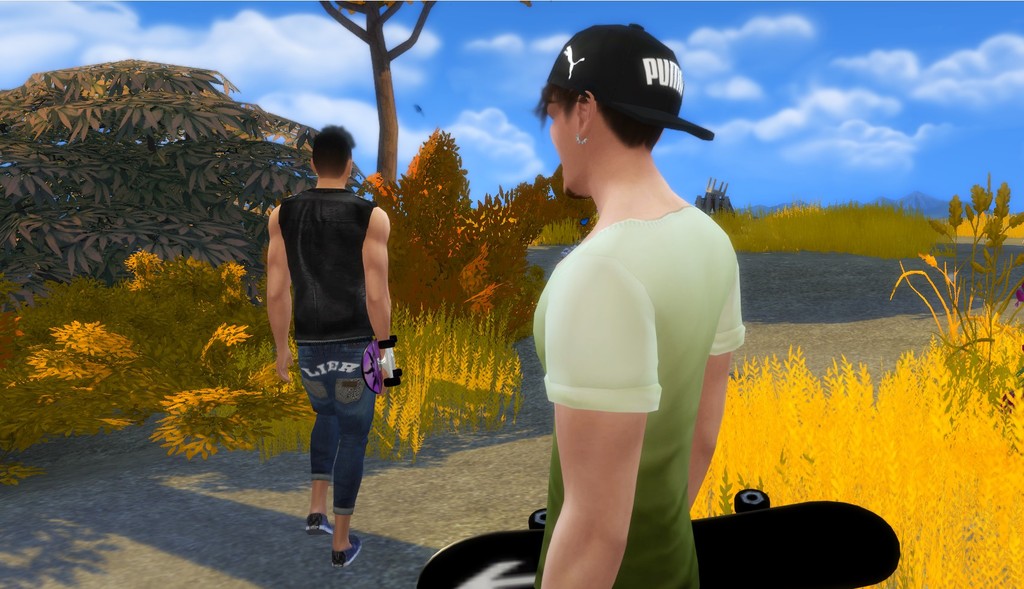 The spot was so much fun, and I surprised myself that I hadn’t lost much over the years. I still could do a few tricks. Dallas couldn’t ride as well but he was still decent.
​ 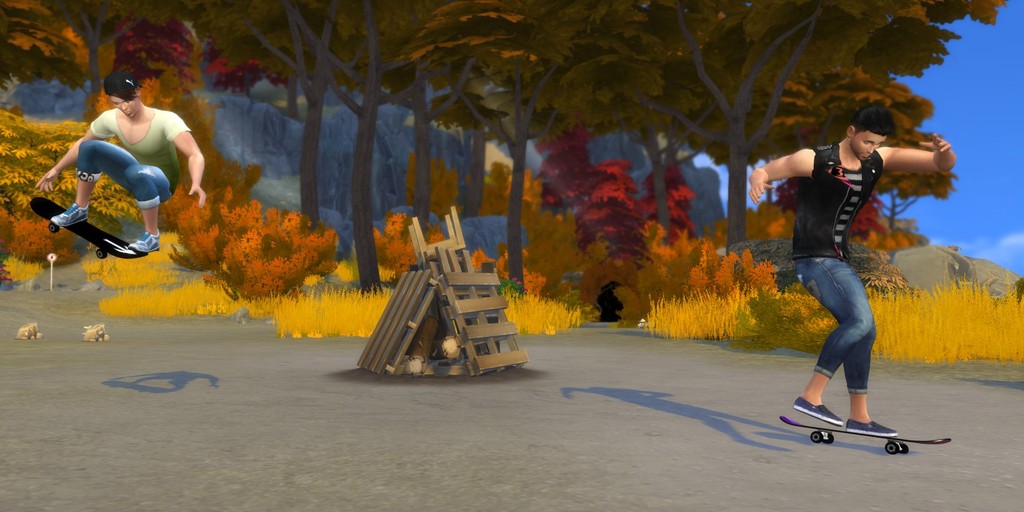 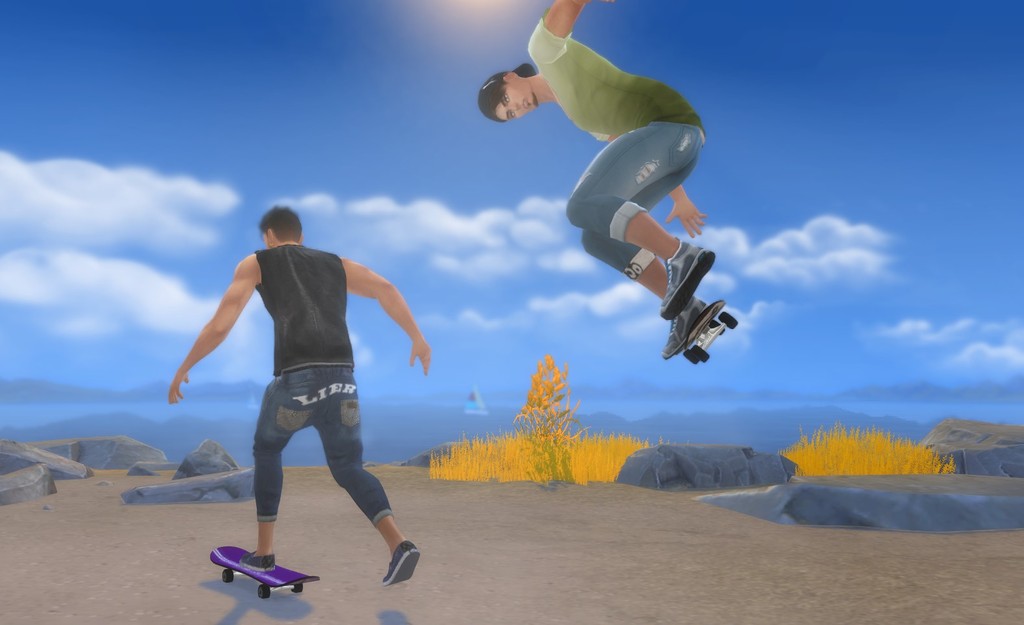 As the sun started to set, we took a break. Dallas said, “You’re awesome at this. Who would have guessed? You’re way more graceful than you look.”

I laughed. “Thanks for the compliment,” I said, sarcastically.
​ 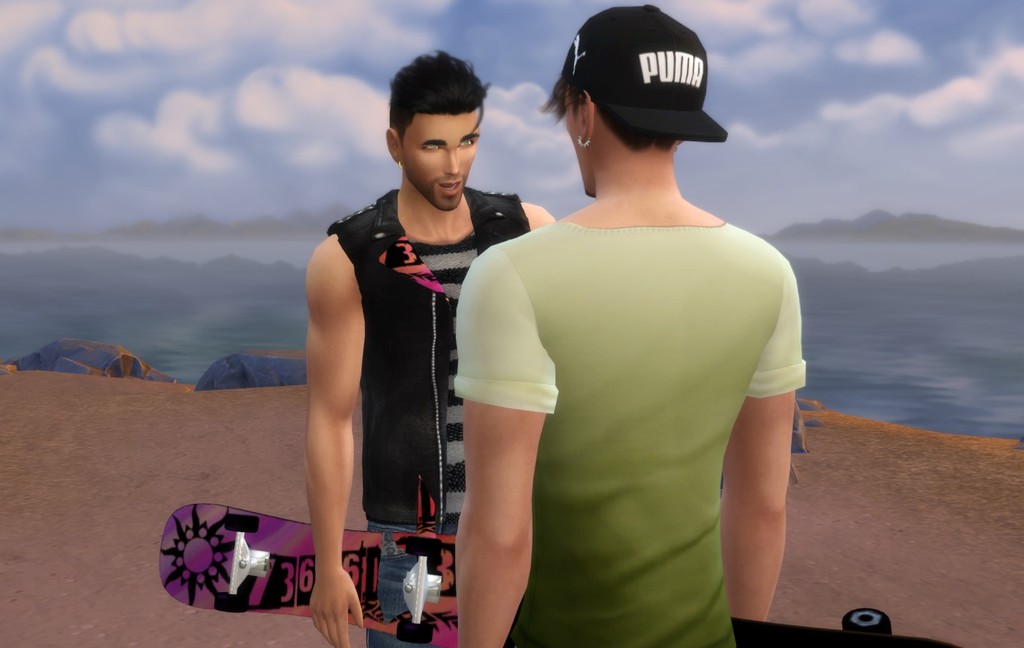 He leaned in and said, “It was a compliment. I wouldn’t be attracted to some lanky skater boy.”

My stomach did a weird flip, having his face so close to mine. I chuckled nervously.

He led me to a cool manmade pond as the sun set over the horizon. It was such a romantic spot. We sat beside each other for a while until Dallas came over and kissed me.
​ 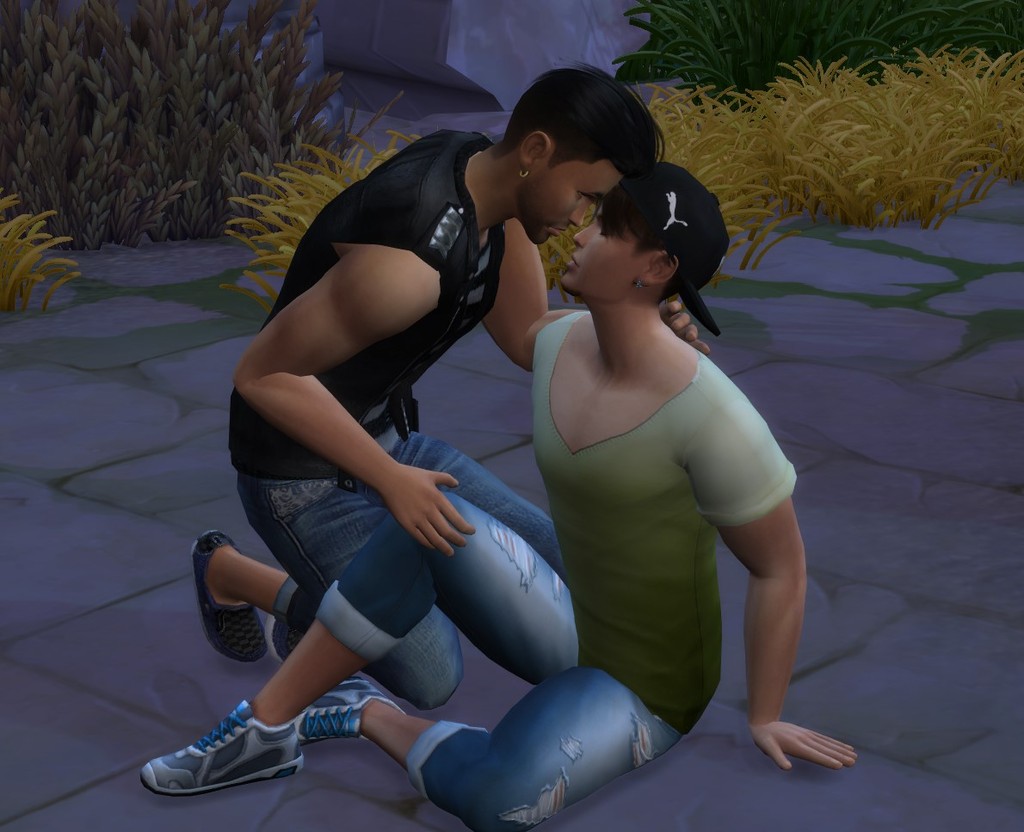 He gazed into my eyes and whispered, “See you tomorrow?”
​ 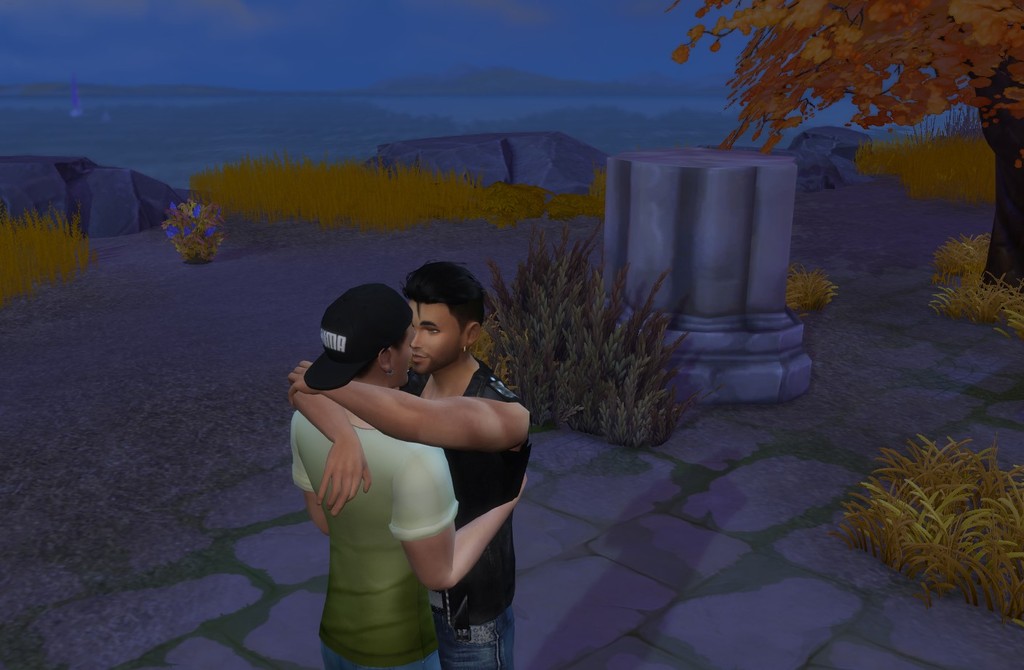 I was hooked from that moment on.
​ 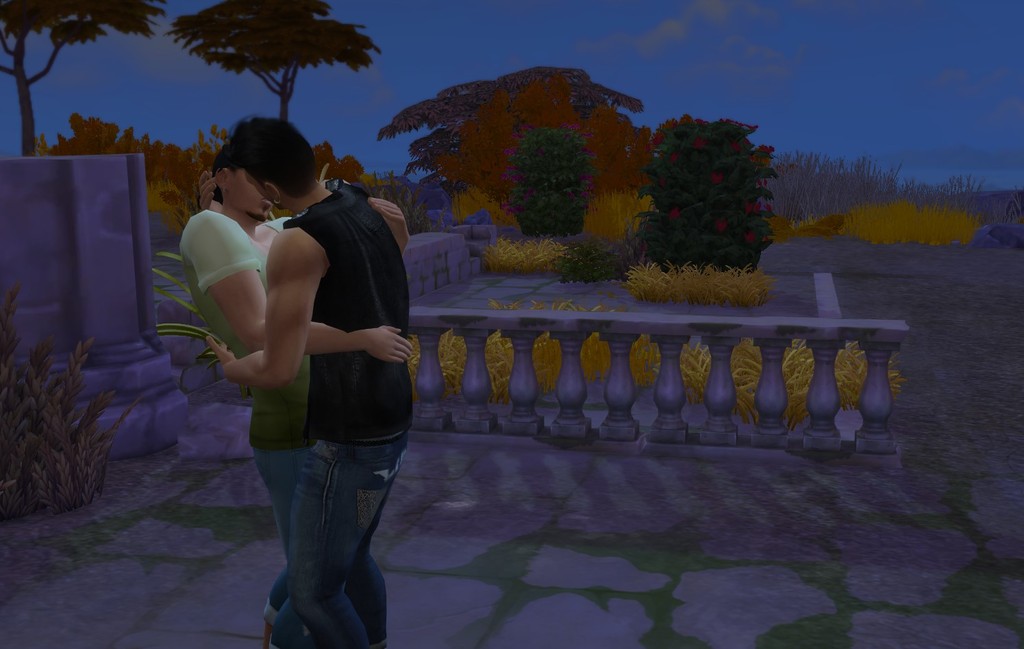 It was the day before Bri’s wedding. Ben had asked Dallas to fill in for one of his groomsmen since his best friend who worked with him was sick.

“Sure, I’ll do it, Alex. No problem.” He was lying on my lap. We’d just come home from a run, had a hot time in the shower, then changed and lounged on the couch. I couldn’t get enough of him. The fast attraction was even speedier than what I’d had with Knight. It amazed me. Sometimes things just work out for the best.
​ 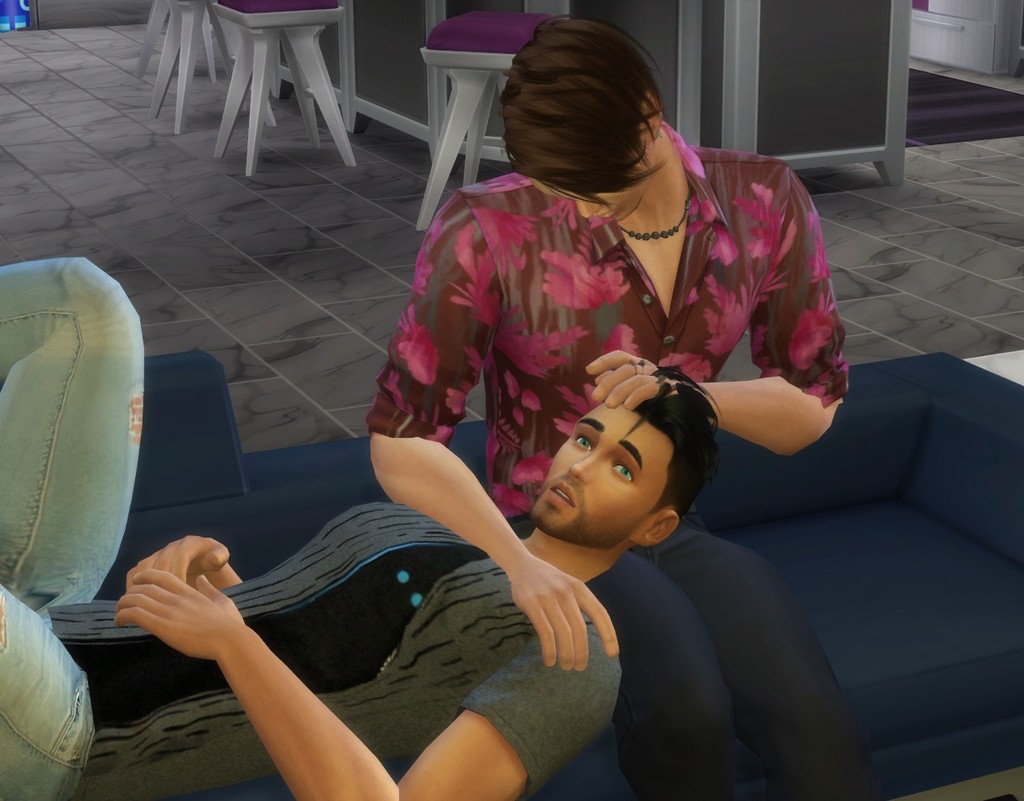 Sitting up, we were watching a goofy tv show. Dallas asked, “Hey, Alex, is your ex going to be there tomorrow?”

I shrugged. “I don’t know. Probably. His whole family was invited since Ben’s real close to them. Why?”
​ 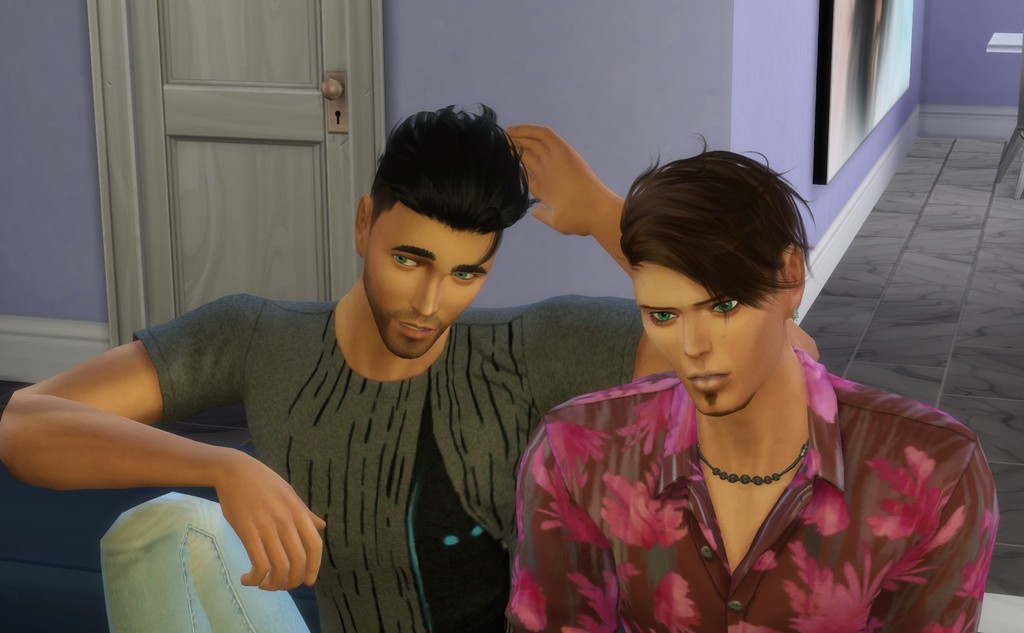 “Nothing. It’s just that he’s a major dick, and I don’t really want to see him. He used to date my sister in college. I can’t believe you almost married the guy. He was anything but gay back then. Cheated on her.”

I didn’t like to hear that. I couldn’t imagine Knight cheating on anyone. He didn’t date for four years after I’d left him—that’s not someone who isn’t committed. But maybe he was in turmoil even back then about his orientation. I sighed. It wasn’t my problem anymore. I didn’t like to even talk about him. “Well, there will be a ton of people there. His boyfriend hates me, too, so I think it would be best to avoid them anyway.” 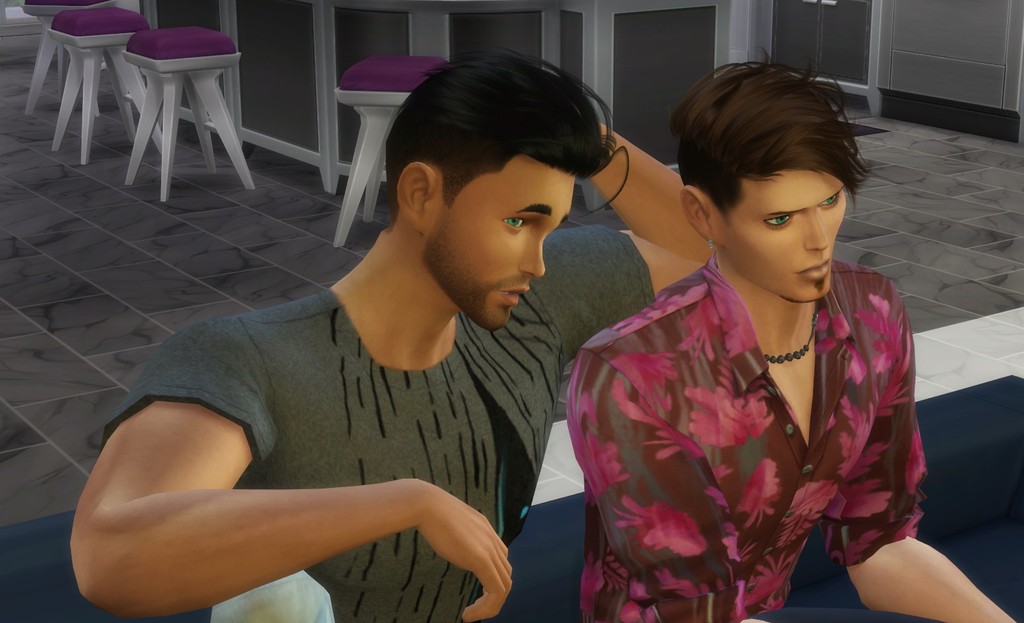 I pushed him onto the floor, play wrestling. "Why would I want to show off an arrogant asshole, huh?" I teased.
​ 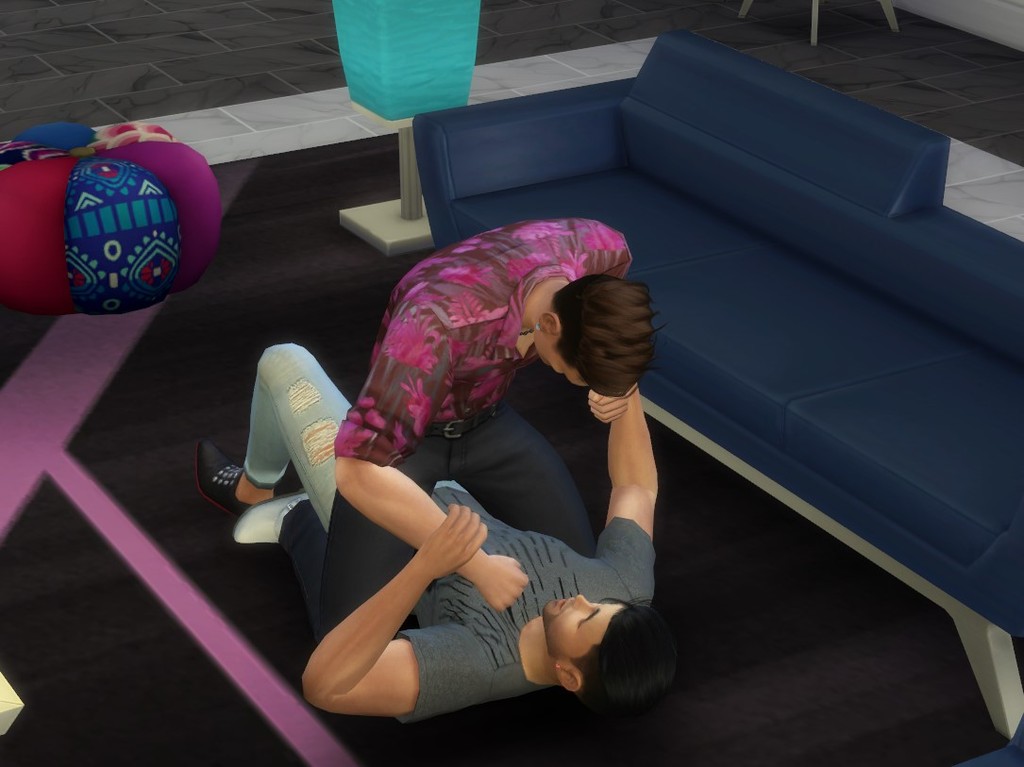 I tried to pull my arms away, but he was too strong. I liked that. Of course, I could bring him on his back easily, but I didn’t want to. This was way more fun.
​ 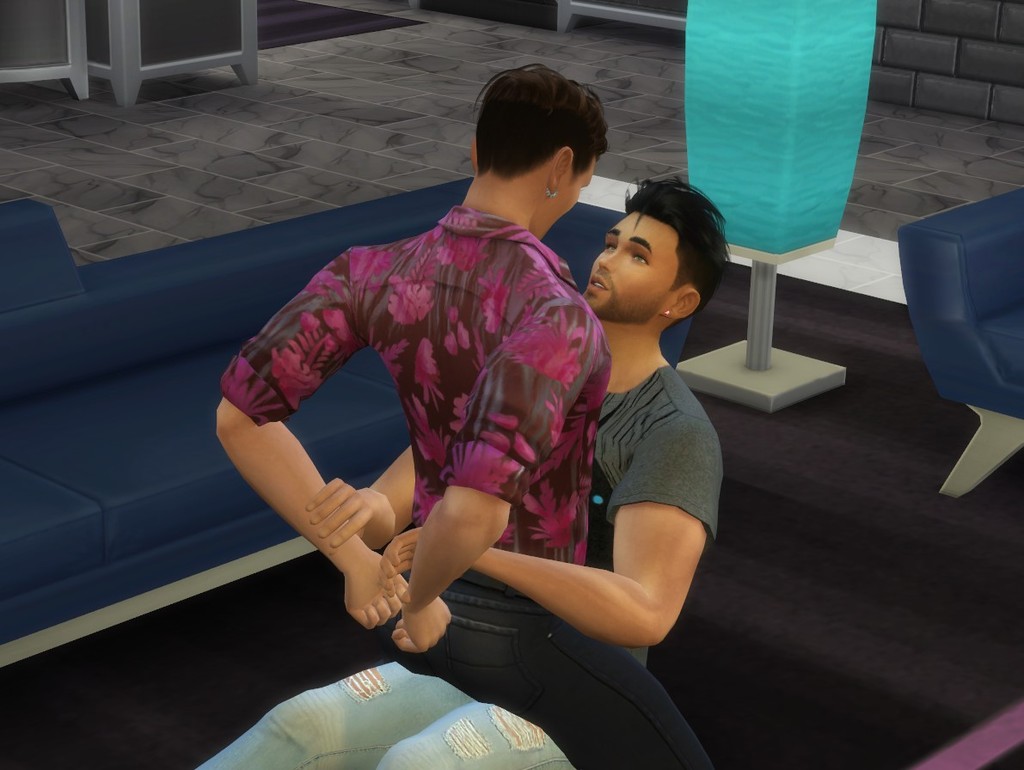 And then he whispered, letting go and wrapping his arms around me, “Hey...you really think I'm an arrogant asshole?” Nuzzling close, he was making me crazy. 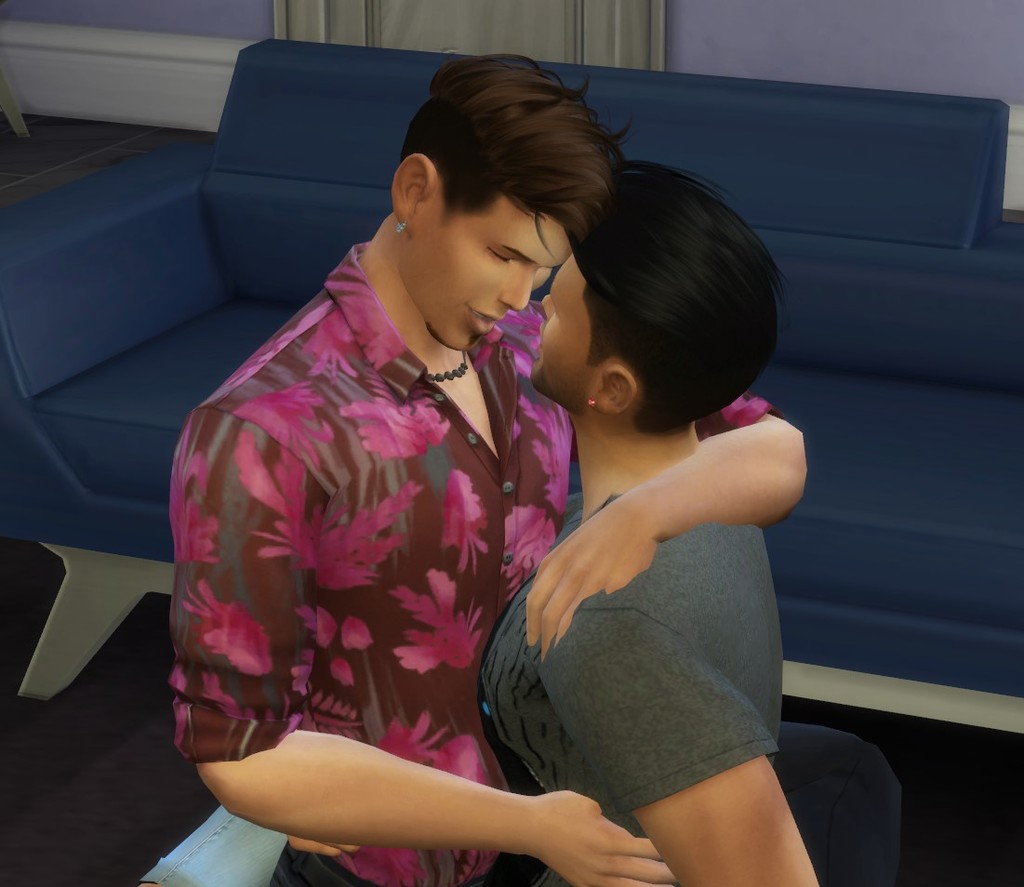