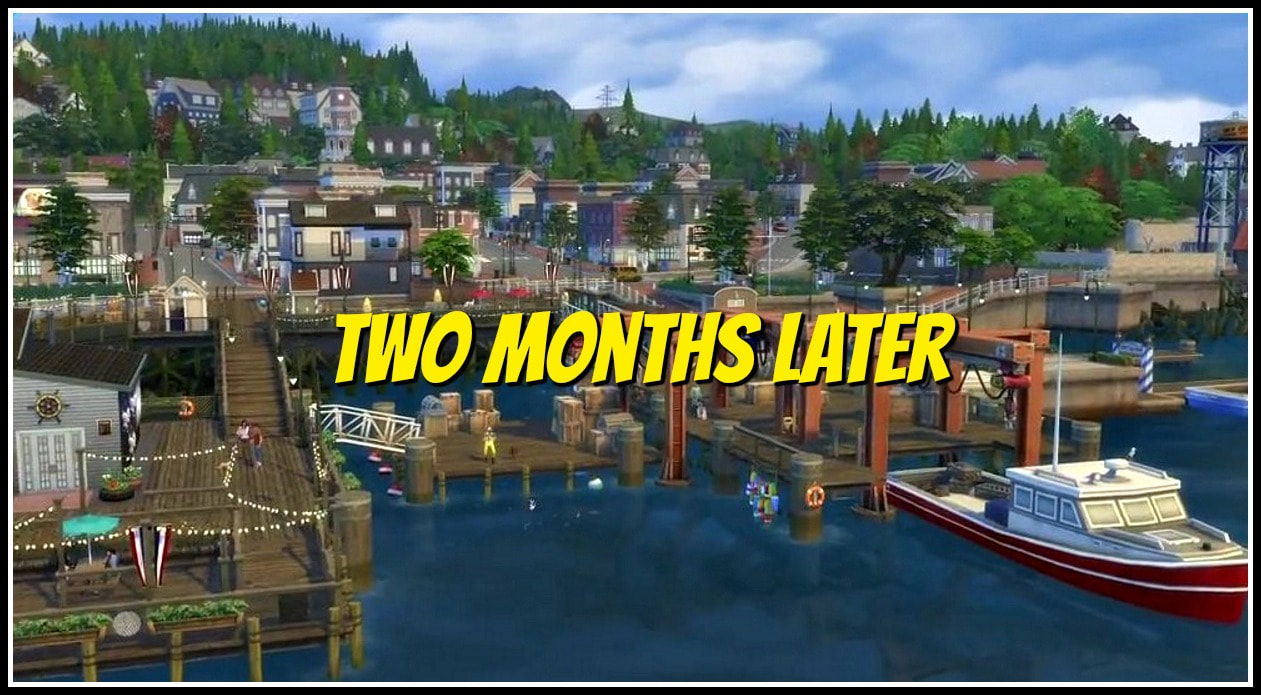 I couldn't believe Etoile and I had been dating for over two months. That's the longest I'd ever dated anyone. I listened to Amber and tried to get to know Etoile, but whenever I'd ask her about her parents or her homelife, she'd change the subject and ask me about mine. Then before I knew it, we'd be doing it somewhere even more daring than the next. 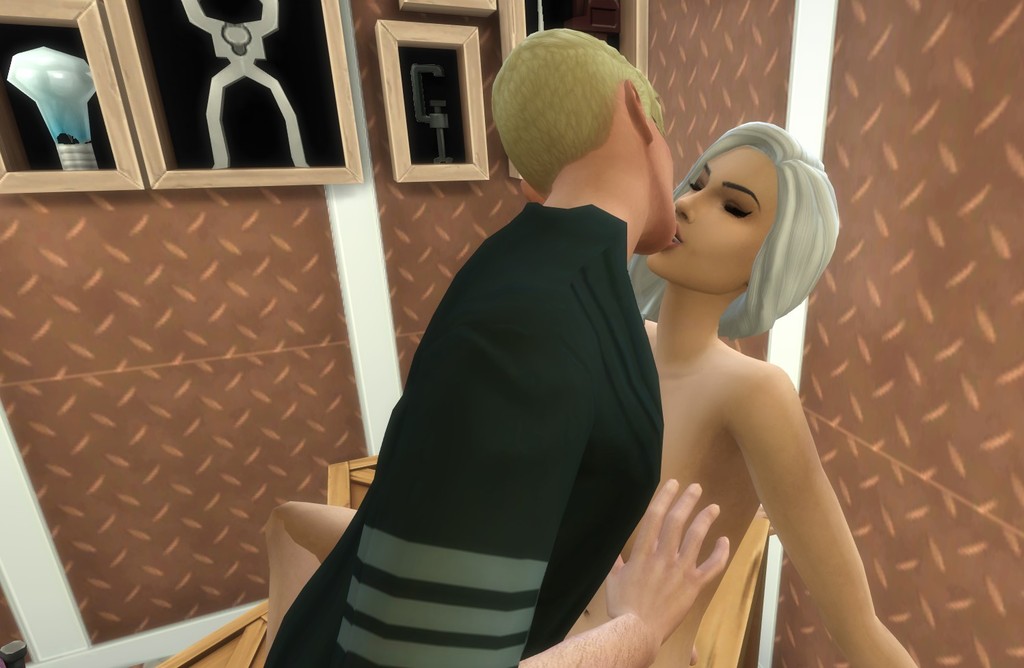 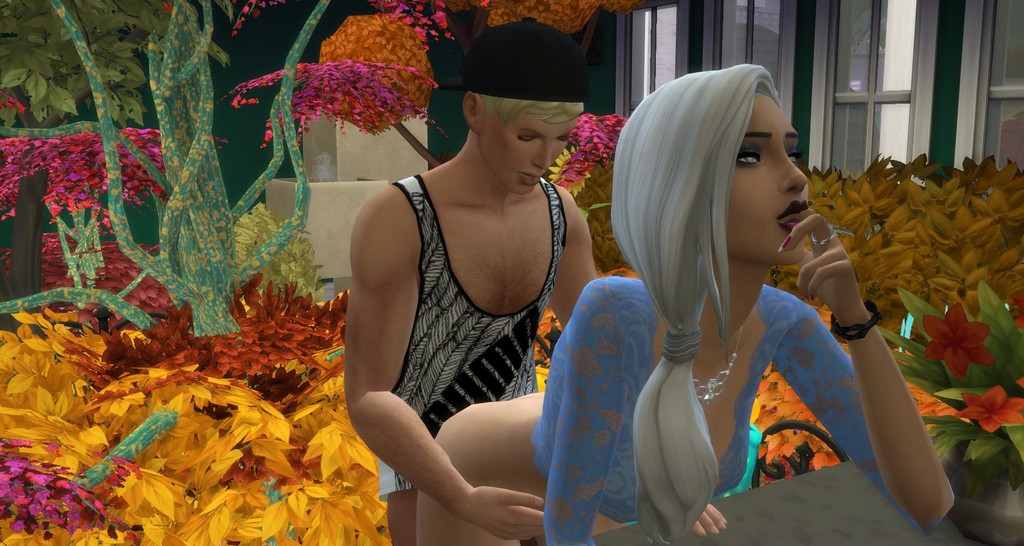 Behind a bush at a park--she just couldn't get enough. And I'm not going to lie...I was all in, but a part of me knew we weren't that close even though she was my girlfriend. She'd built a huge cement wall around her that I couldn't bust through. I realized why people called her the black widow. It wasn't that she suffocated guys like Ethan said. It was because she took control and dominated them, calling the shots while our pitiful minds were led by our dicks, helpless to say no to her.

I was feeling out of control and disgusted with myself.

​Something had to change.

Wilder Robert's parents had just bought a resort on the south side of town. Before they opened it to the public, I thought we'd go by there and check it out on one of our dates.

After starting a warm fire, we walked along the poolside edge. I felt the cool ocean breeze whisper through me and got up the courage to try to pry one more time into Etoile's life.
​
"I can't believe we're here all alone at Robert's Resort. When do you think they're going to be finished with the renovations?" Etoile asked. "I'm dying to check out their hotel bedrooms." She gave my ass a squeeze.

I smirked, trying to ignore her sexual signals. Tonight we weren't going to end the date banging as we always did. We were going to talk.
​ 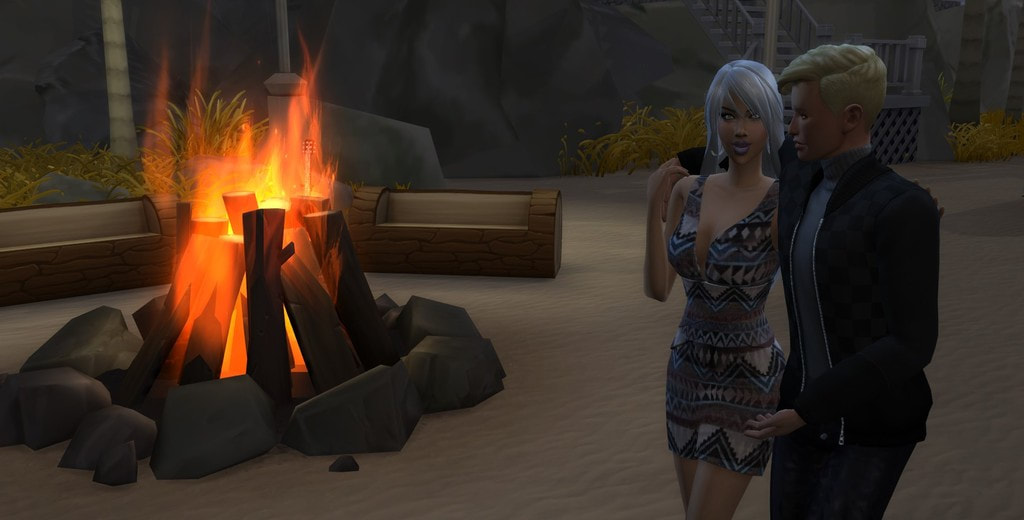 But I thought I'd warm her up with some flattery. "You look beautiful tonight," I said, drawing her in for a kiss. And I meant it. Etoile was one of the most gorgeous girls I'd ever seen. Her stunning beauty never ceased to overwhelm me. Probably part of our problem in getting closer. She was like a drug and I couldn't help myself from stealing a hit even though I knew it might not be good for me.
​ 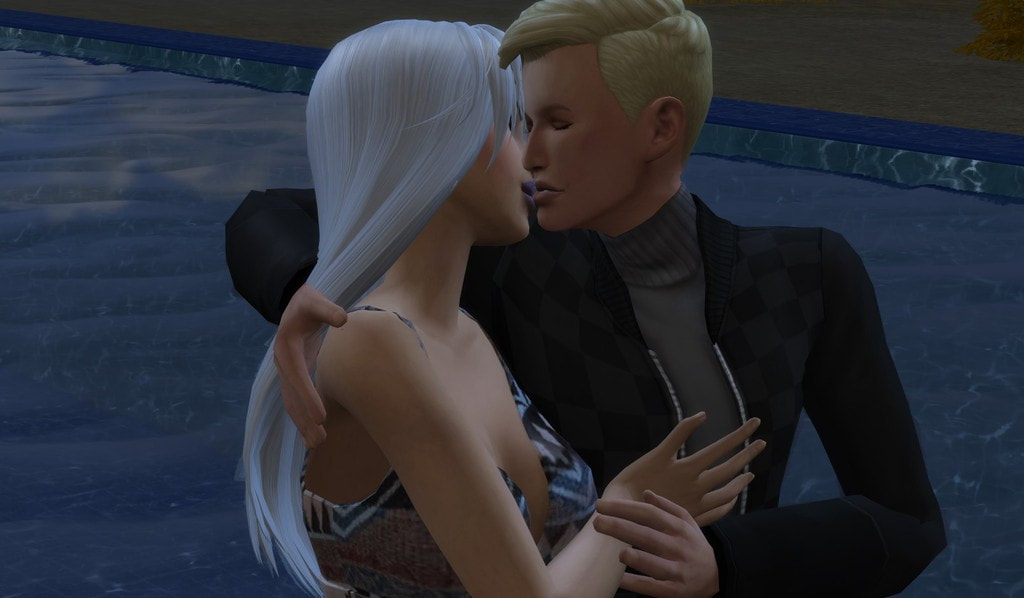 I cleared my throat as my heart sped up, preparing myself for the worst. "You know, Etoile, we've been dating for a while now, and I've realized I don't know much about you."

"I'd like to meet your parents for one." I glanced over and noticed her face looked like I'd just hit her with a baseball. Then her lip quivered as tears pooled in her eyes.

Putting my hand on her shoulder, I said, "God, did I say something wrong? I'm sorry...what's the matter, Etoile?" 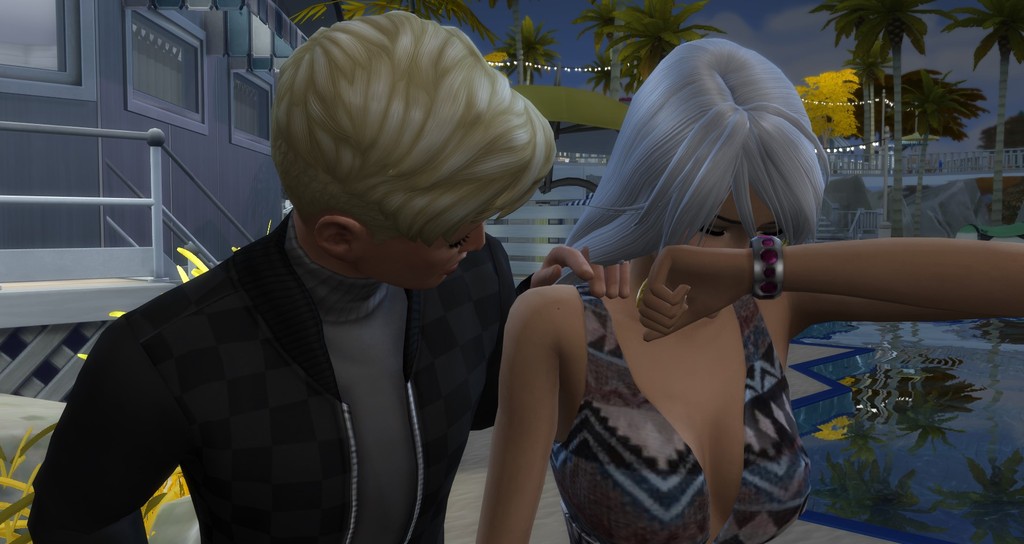 She shook her head again. "It's not that," her voice quavered. 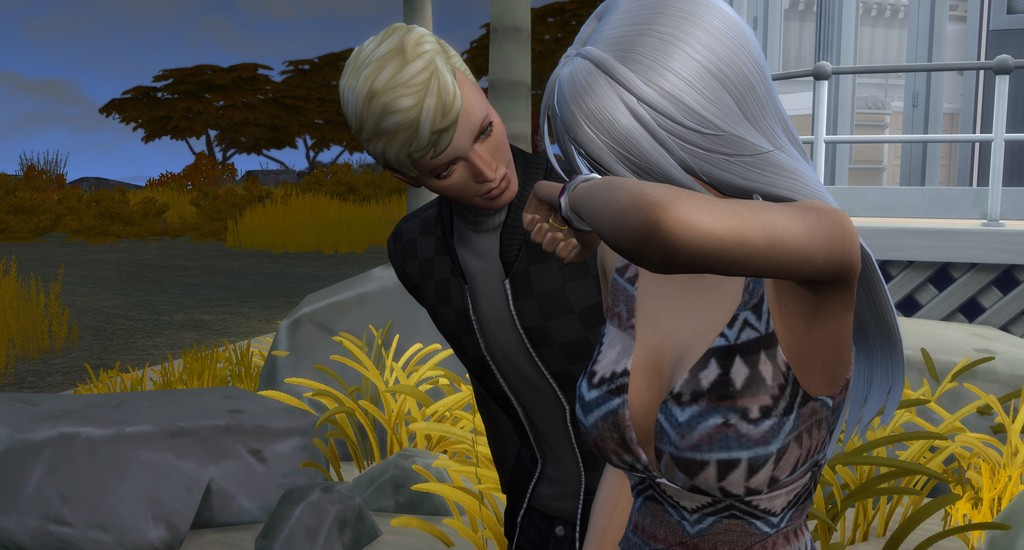 She started a story, I couldn't believe.

Amber was right. I wished I hadn't opened the door.
​ 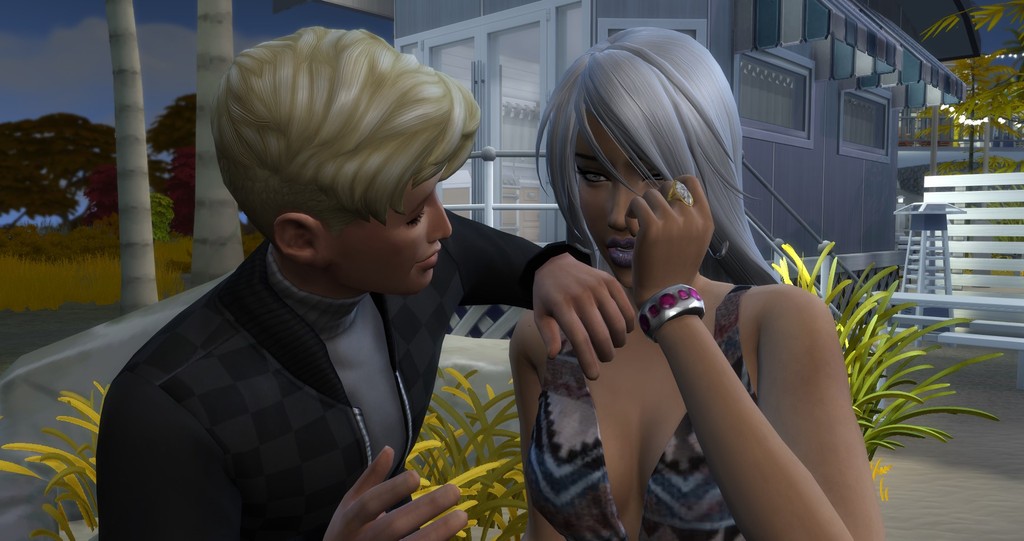 Etoile was born to an exotic dancer named Chanel in the slums of Monte Vista. Her father, Oba, worked as a hired thug for a famous family in Italy--the Corleonesi's. I'd never heard of them, but she assured me they were powerful and no one with sense would ever cross them. Oba fell in love with Chanel and Etoile came out of that romance, but the Corleonesi's didn't like the fact that Oba would sully himself with someone like her mother. So, they forced the couple apart, sending Chanel to work as a maid for the Fortner family.
​
Chanel would never see Oba again.

Etoile sniffled as I stroked her hair. "So, you never knew your father?"

She shook her head. 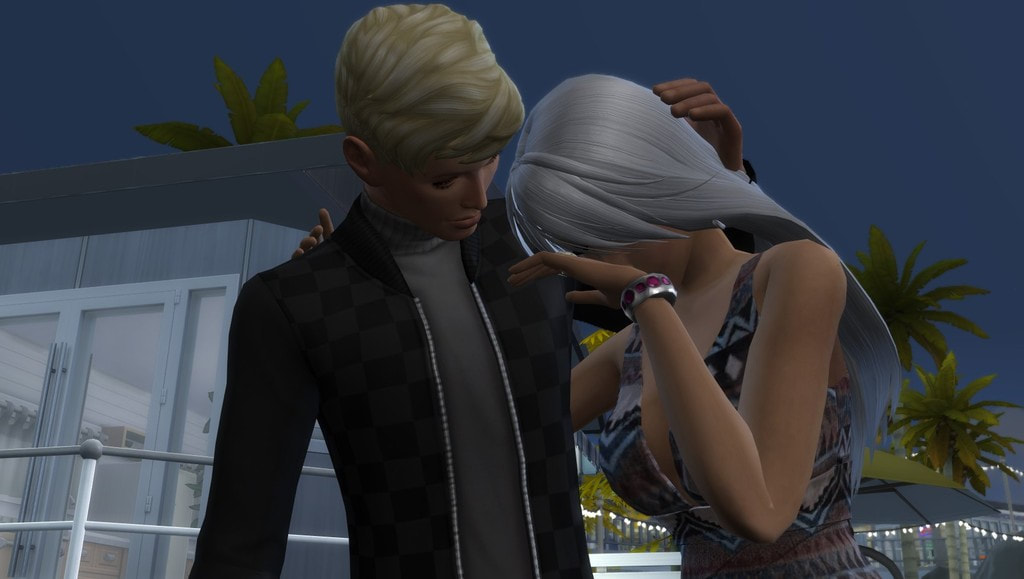 She cried into my shoulder not saying anything for a while.
​ 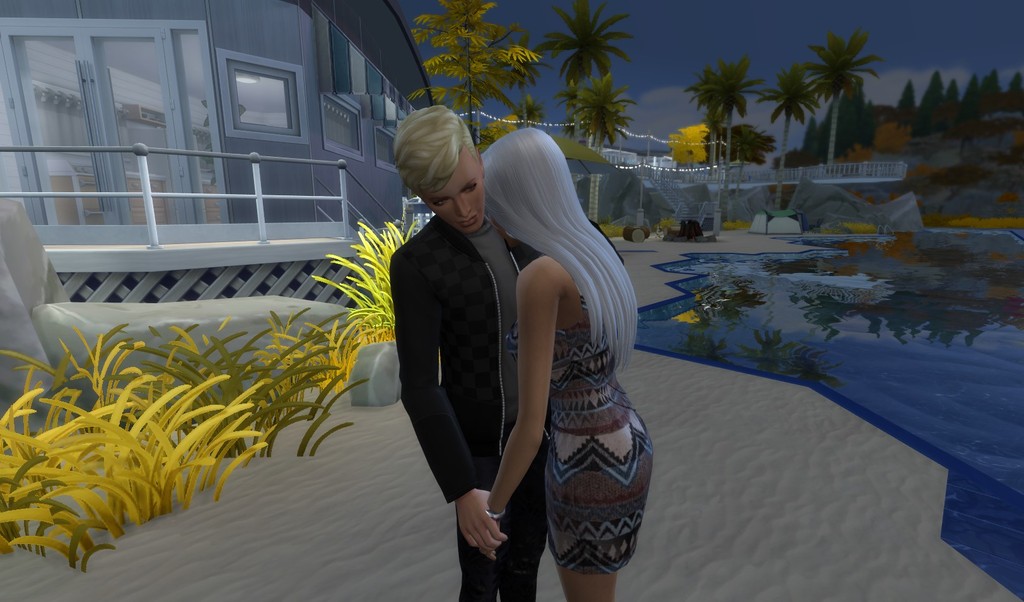 Bewildered, I rocked her, hoping she'd calm down. My mind whirred all over the place. What happened that would make Etoile shake like this? 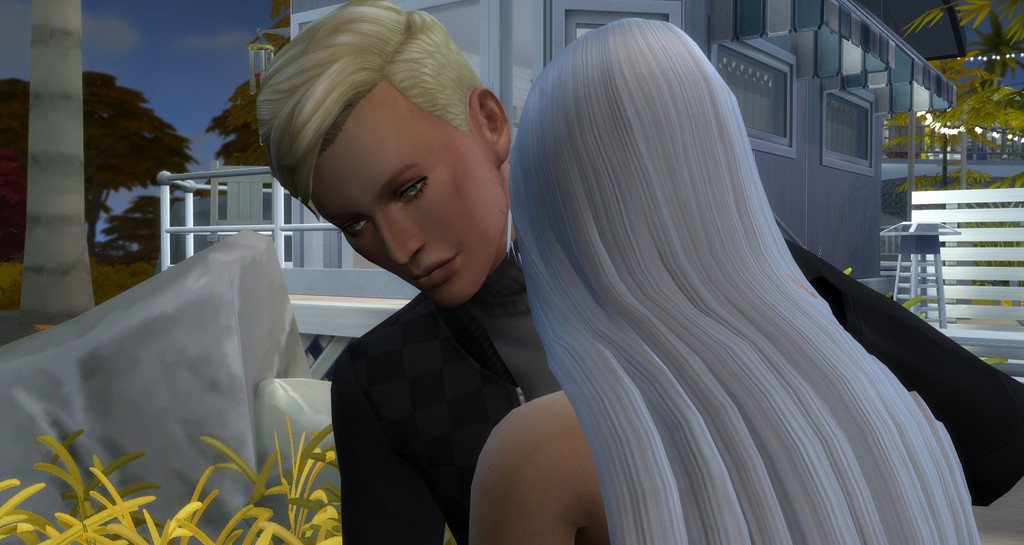 Kissing her, I tried to hush her cries. It worked.
​ 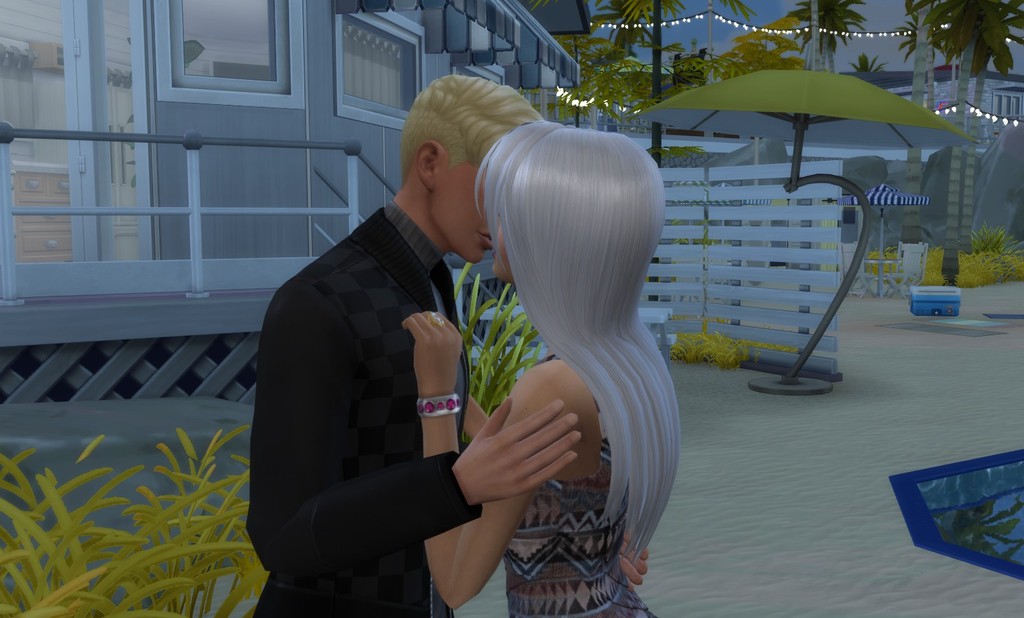 After a while, Etoile said, "My mother died a year ago."

But Etoile wouldn't tell me. She just cried harder into my shoulder. I wondered how she was getting along by herself, and a sliver of suspicion crept over me. It sounded a lot like what happened to Beau's family. They worked for the Fortners, too, and then Beau's mother ran off and his father somehow died. Beau said he didn't know how. Just that one day, Mr. Fortner took him and Briar aside to say he'd passed. The Fortner's held a funeral, Beau and Briar said their tearful good byes, but never understood exactly what had killed him. And now, Etoile was hushed on the details.

Were these deaths somehow related?

​It was all so bizarre, wrapped up in secrecy. I decided I would get to the bottom of it, though. And Amber Coleson held the key. After all, she was Etoile's best friend. Maybe she knew more?
​ 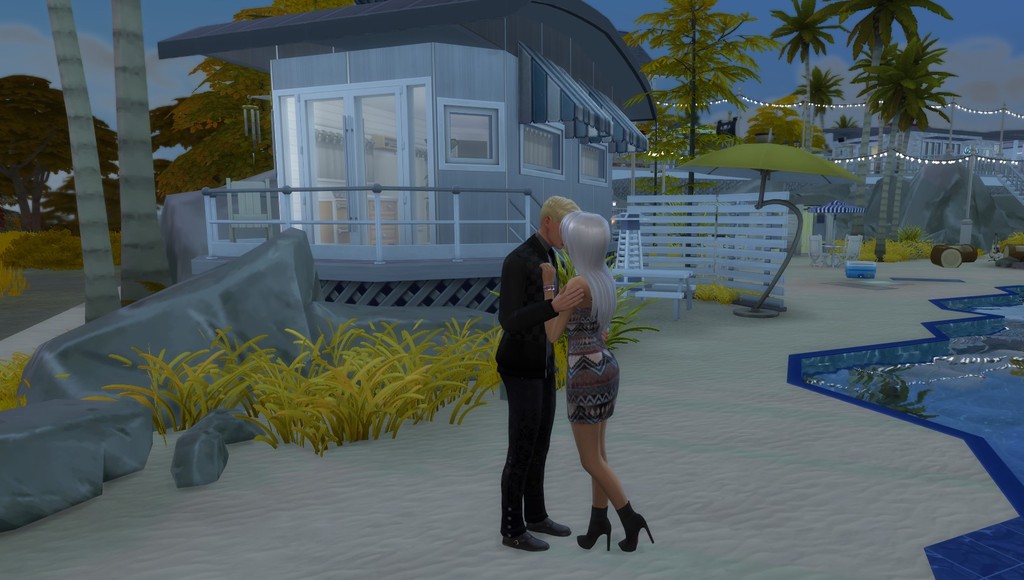 On Monday, I found Amber in the library. I crossed my arms, "So, I want you to take back every cuss word you've ever called me. Etoile told me. What happened to her mother. And guess what? I'm not ditching her." 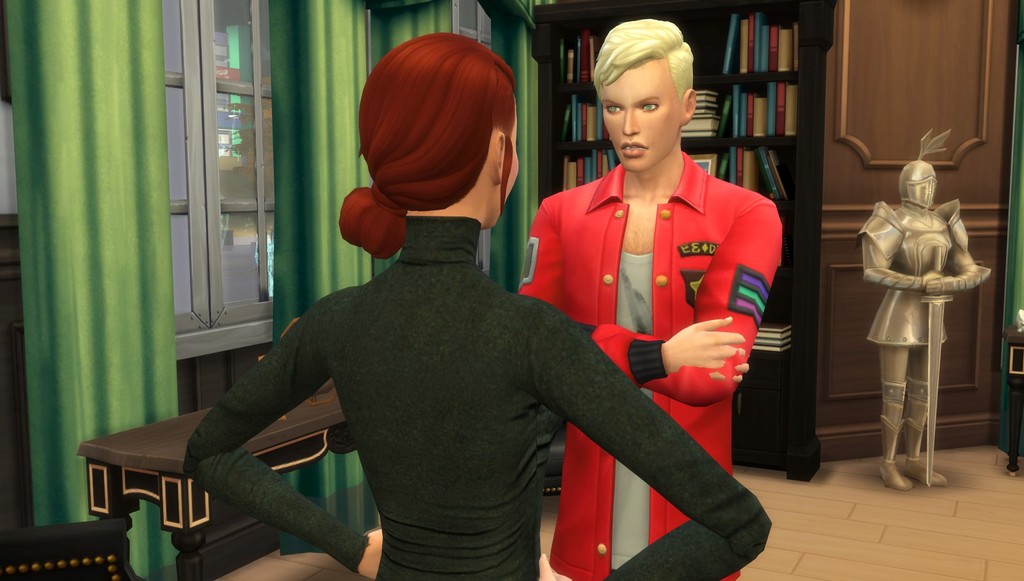 Amber waved her arm, looking incredulously at me. "Etoile told you? I highly doubt that."
​ 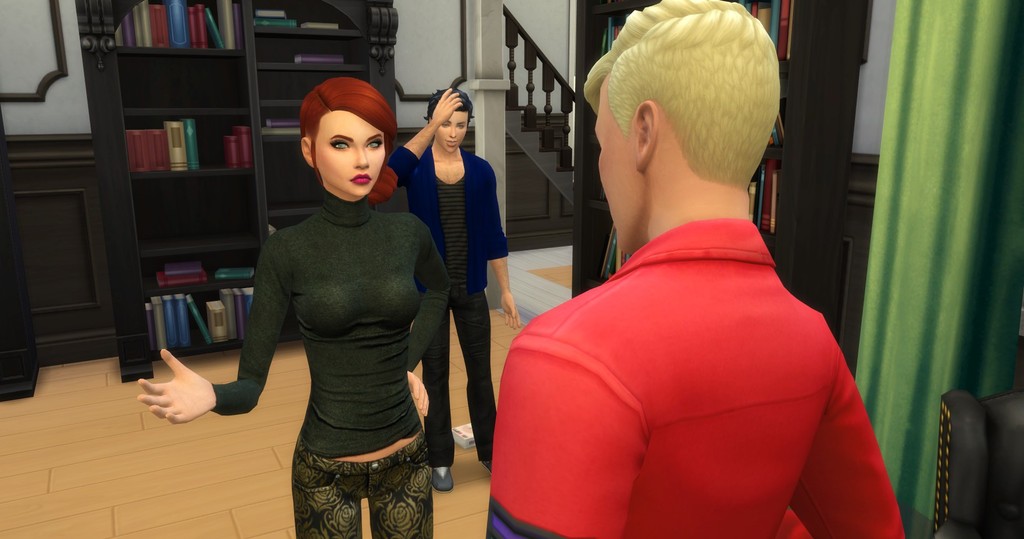 "She did. I know everything, so you can wipe that smug look off your face. You owe me an apology." 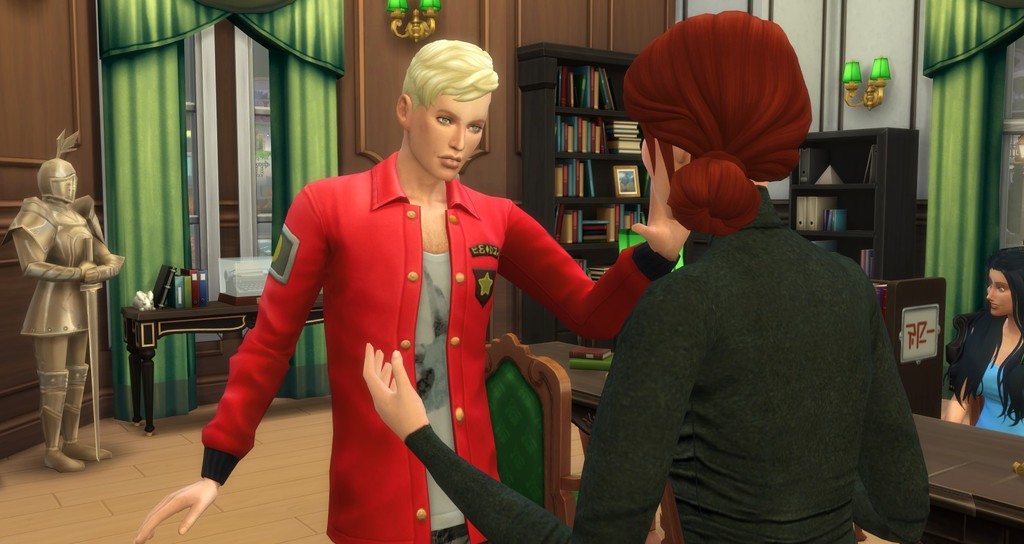 Glaring, she spit out her words, "You know all that happened and you have the gall to talk about it in public like it's some twitter gossip? My God! Don't you care about Etoile at all?"

"What the fuck are you talking about?" I just didn't get this girl. 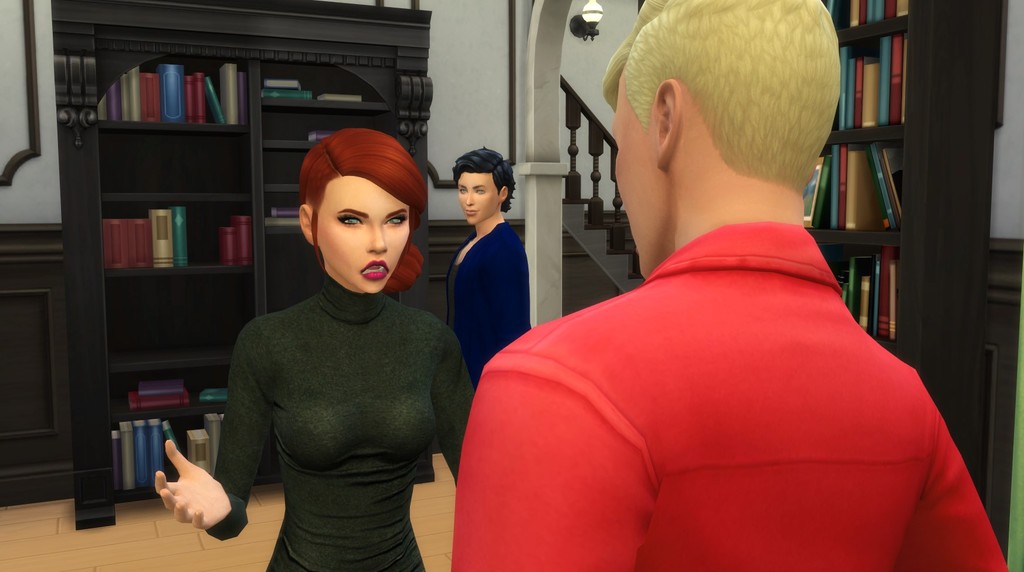 Squinting at me like I was some disgusting cockroach, she said, "If you don't know, I sure as hell am not going to tell you, jerk." She turned on her heel and stormed away.

I crossed my arms, bewildered even more than ever.

That plan sure backfired. I thought if I acted like I knew what had happened, she'd give me more details. Instead, she got mad at me for speaking about it. And I didn't even know what "it" was.
​ 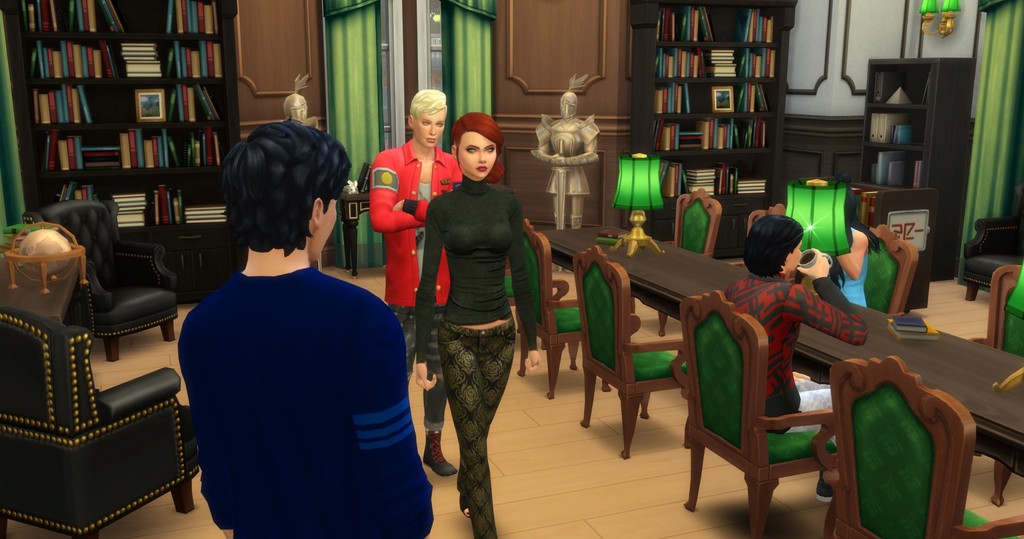 Ethan came up to me. "Dude, you can't win, can you? Amber is so protective of Etoile, I guess. But hey, I've got some good news that might put you in a better mood."
​ 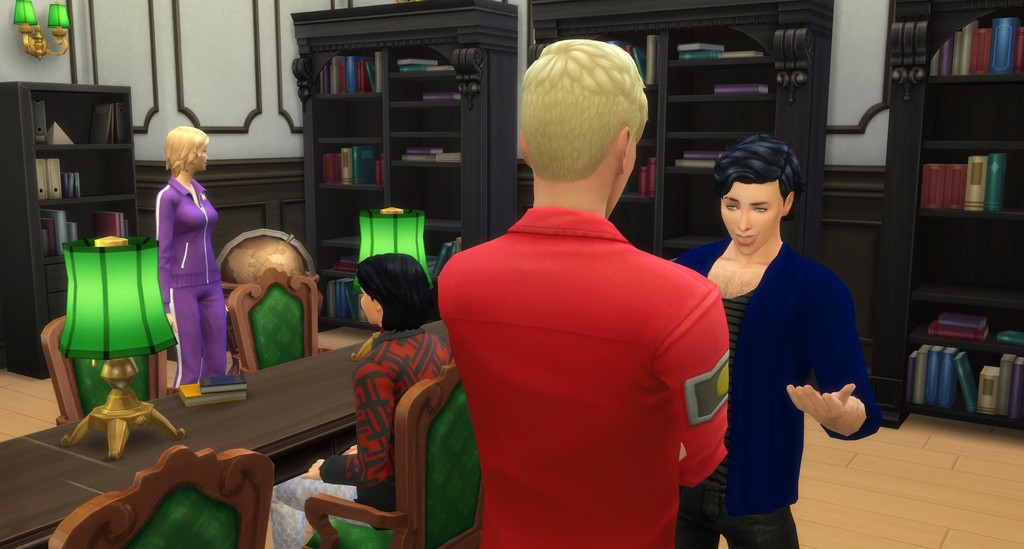 "I doubt it. Amber makes me so freaking mad. She's such a raging bitch. I can't stand her."

"Dude...it's all in your approach. You weren't using any of your charms. She's not that bad once you get to know her." 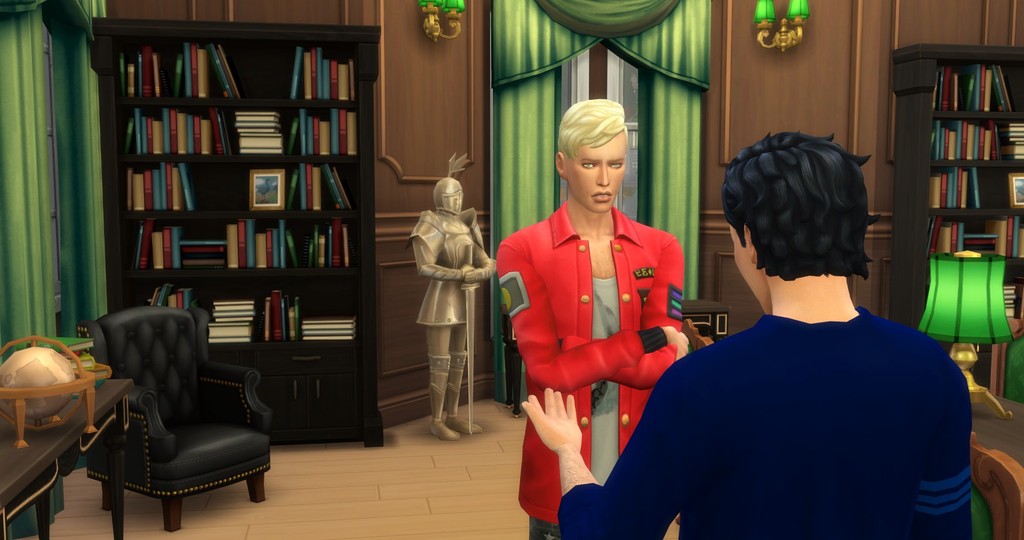 "Listen, how about we have a guys weekend? Wilder invited some of us to use his parent's new resort. We can't sleep in the rooms since they're not done, but we can get some tents, roast some hotdogs, have a blast. Want to come?"

I shrugged. "Yeah, that sounds cool."

"And the best part is, no women drama allowed. That is unless you're chained to that girlfriend of yours."
​ 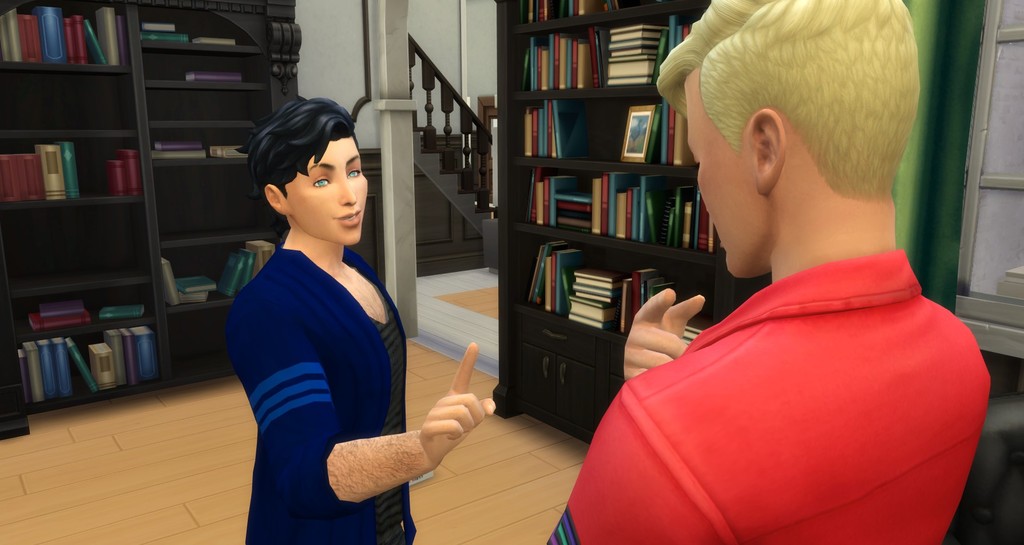 I snorted. "No woman could ever chain me." 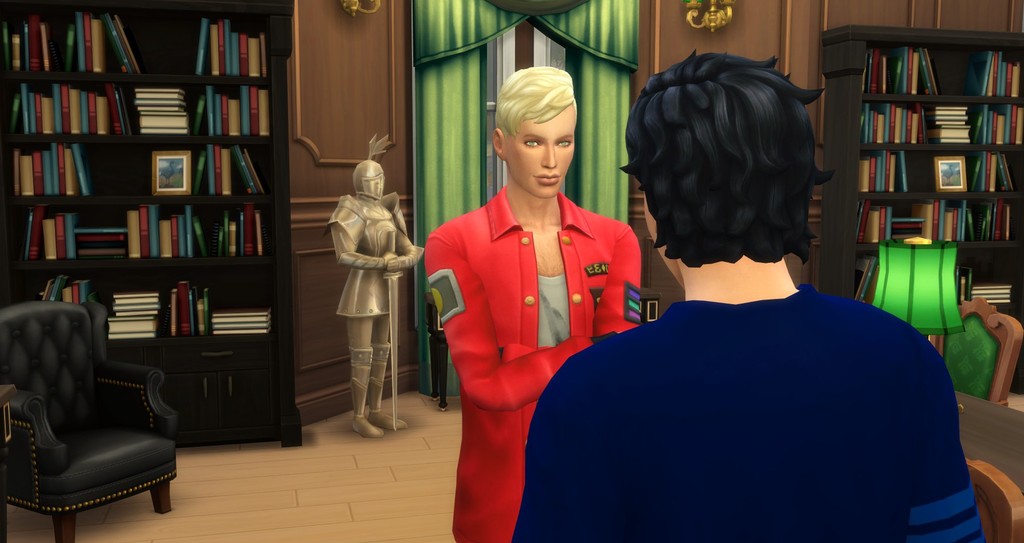 "Good. We'll have fun." Then his face grew serious and he asked, "Did Etoile really tell you about what happened to her mother?"
​ 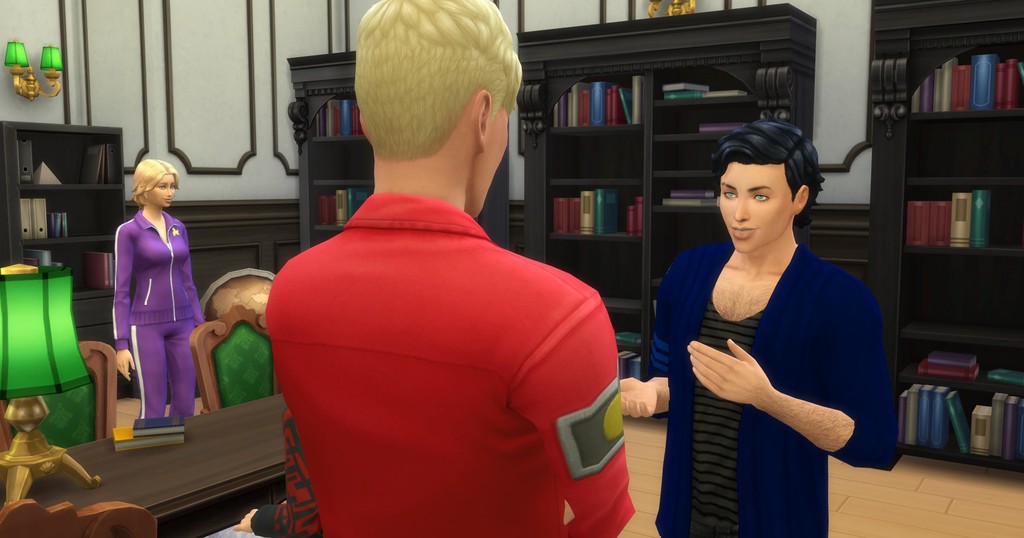 I shook my head. "No...I just said that to get Amber to open up. Do you know what happened to Etoile's mom?"

It was like something hardened in his features, then all at once, he softened. "Only that she killed herself, and what was reported in the news which wasn't much. Etoile found her, though. It wasn't pretty from what I'd heard." Putting his arm around me, he said, "Now let's talk about something a little less morbid. I think Amber likes you, dude."

Chuckling, I thought about the flash in her eyes. She actually was very pretty if she wasn't always angry at me. "She likes me about as much as a terminal disease."
​
"Well, that's something then." 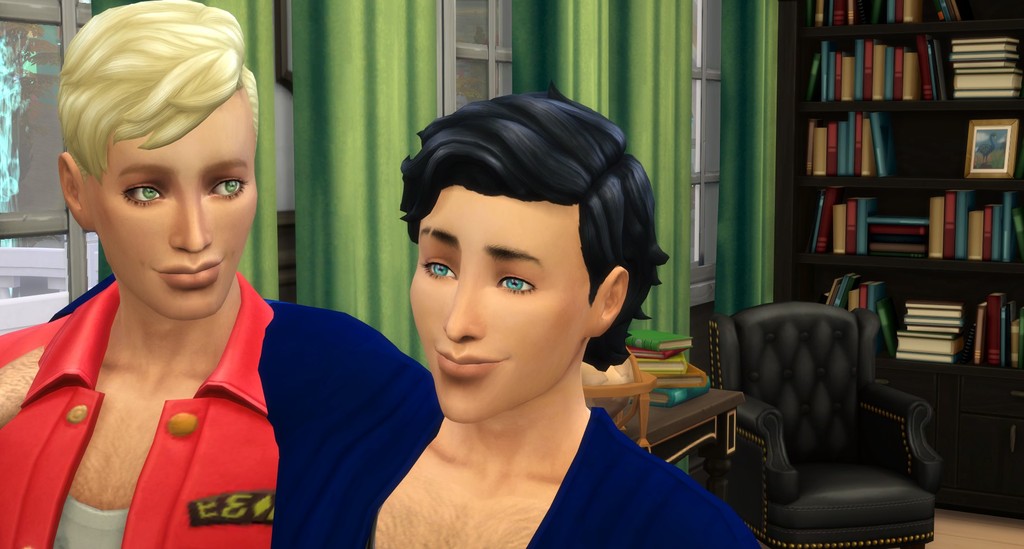